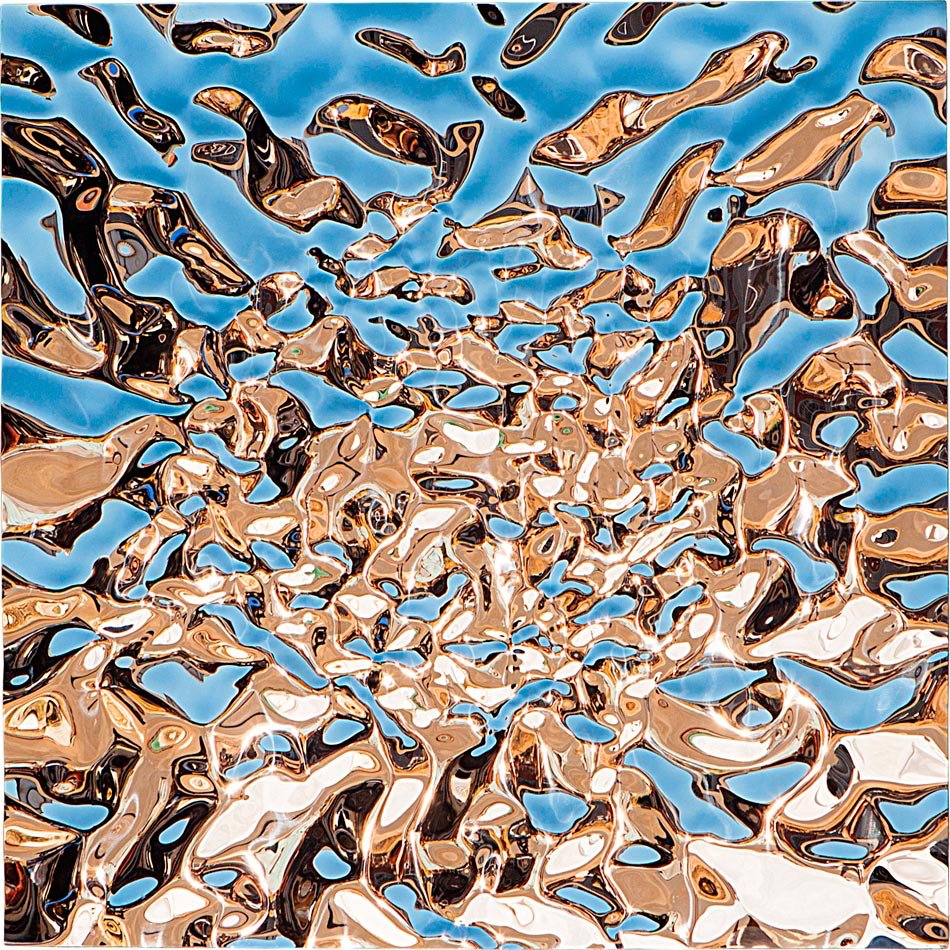 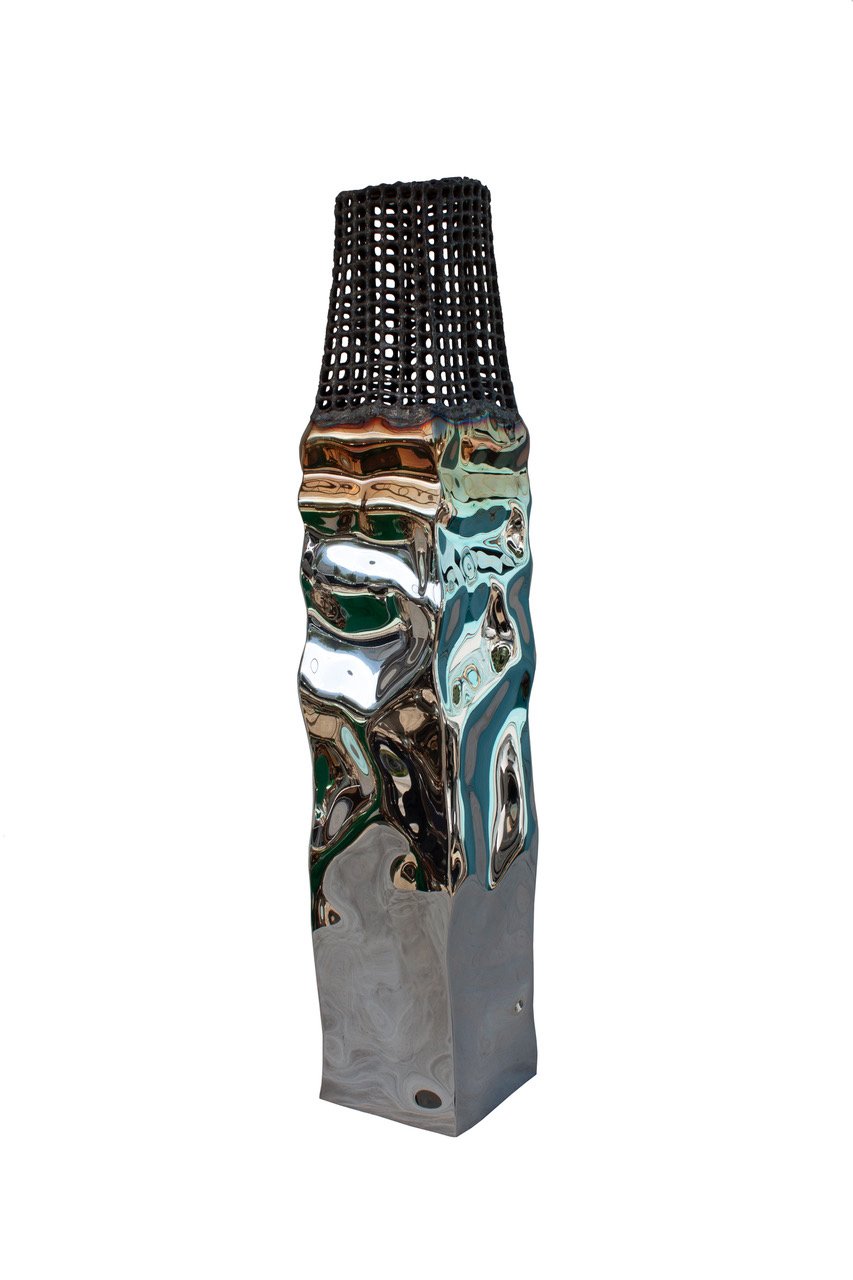 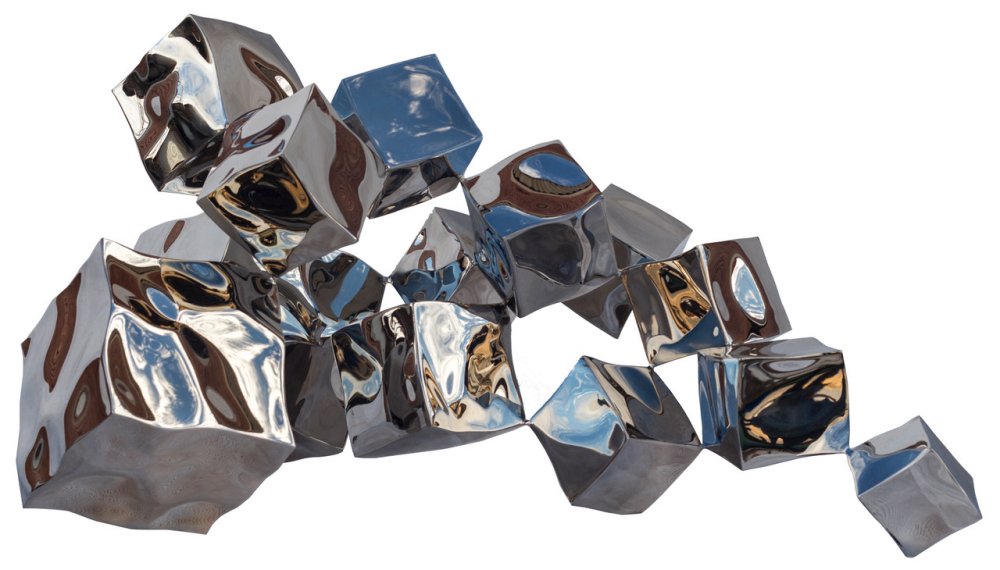 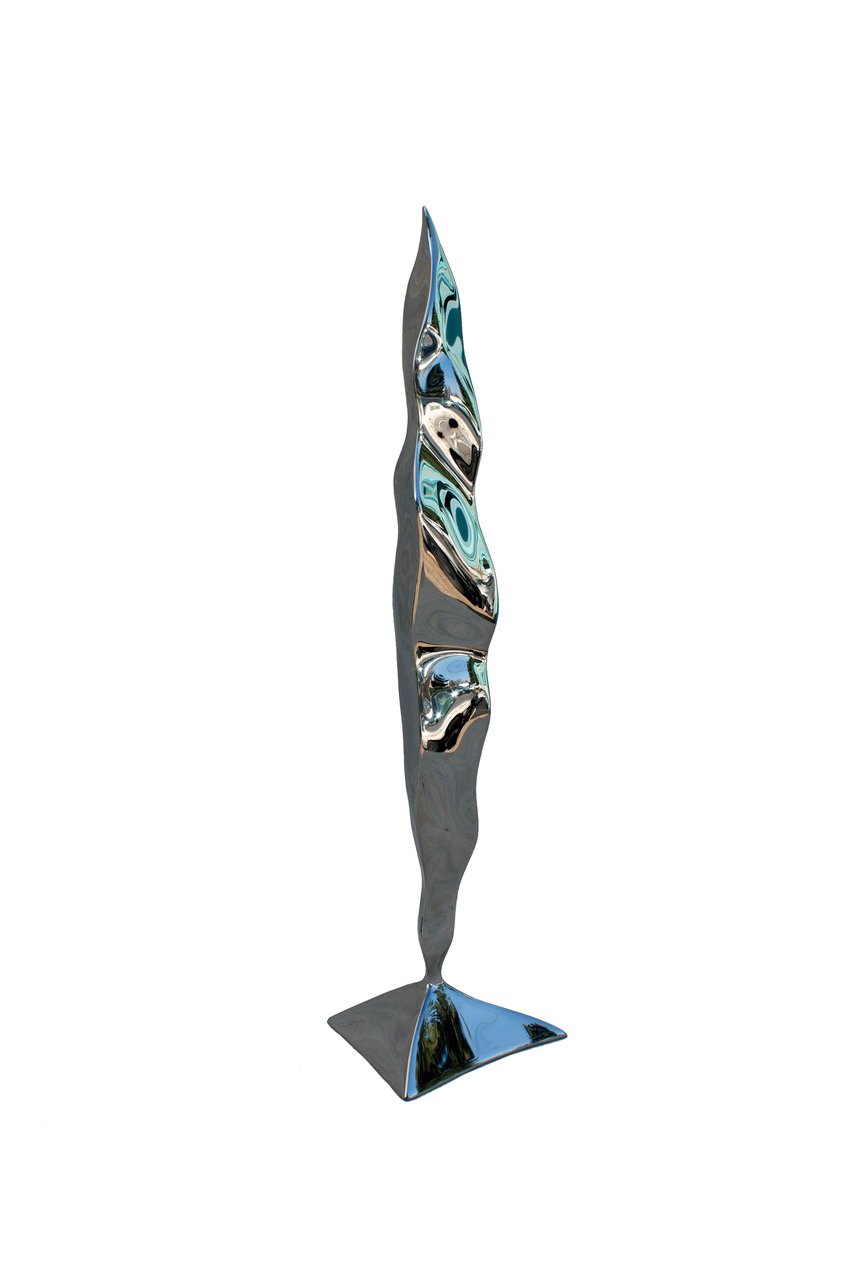 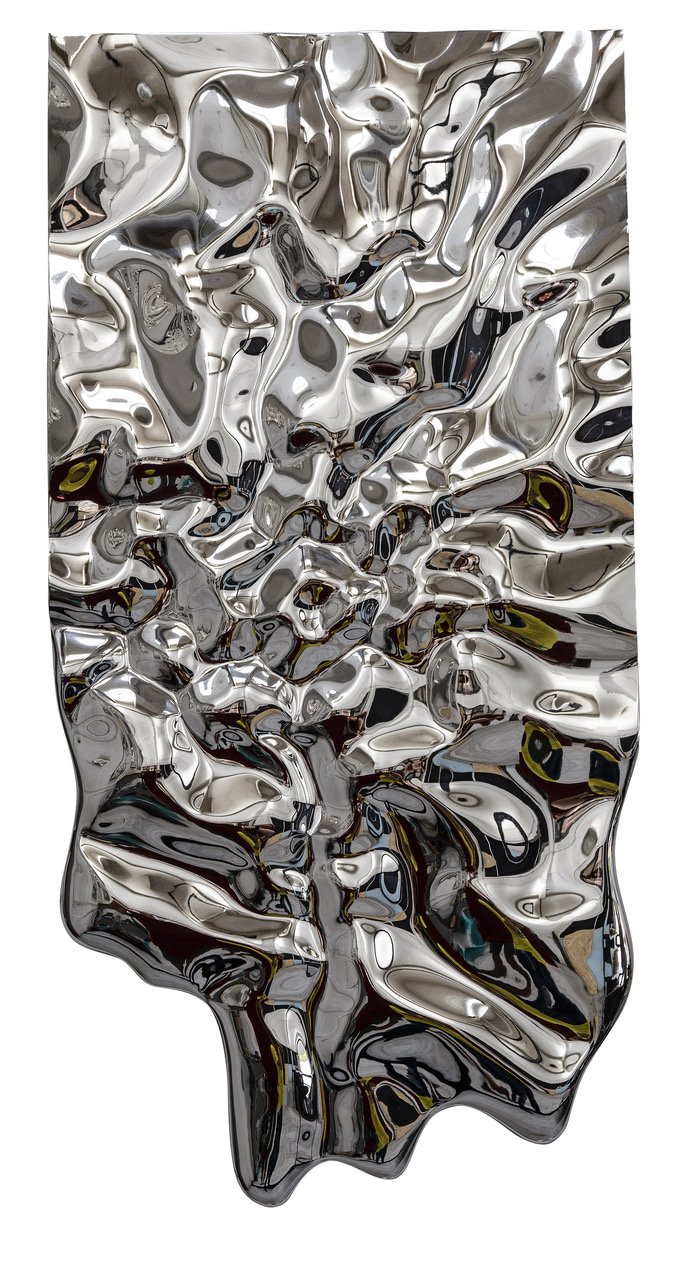 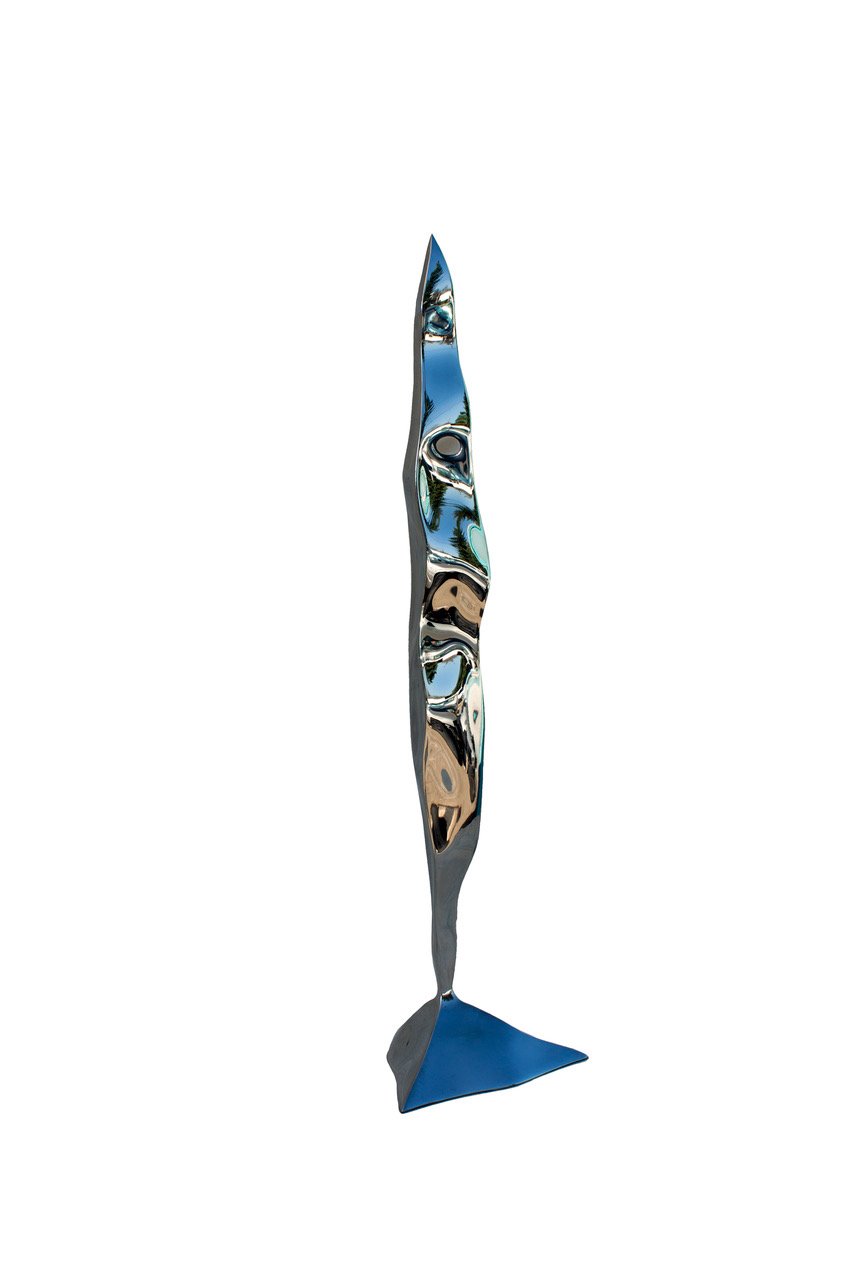 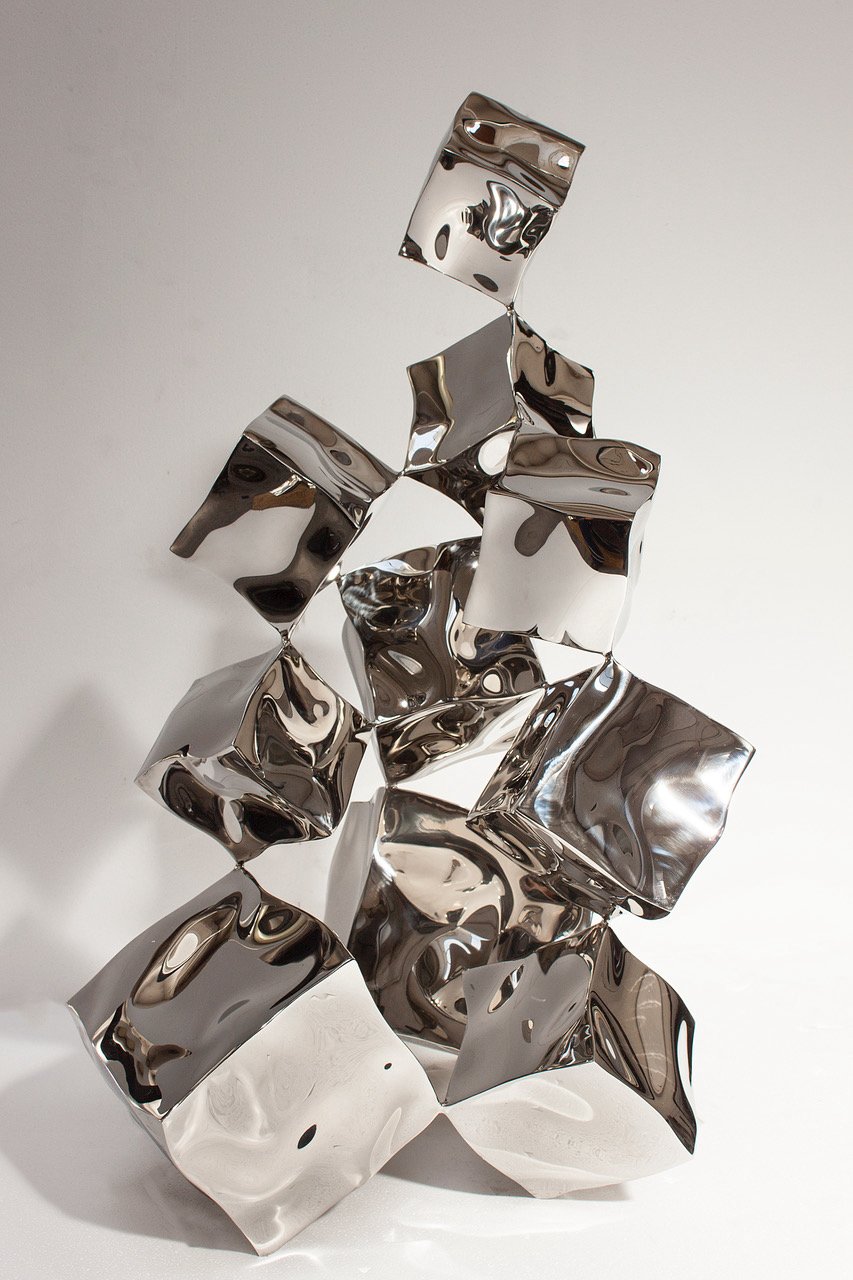 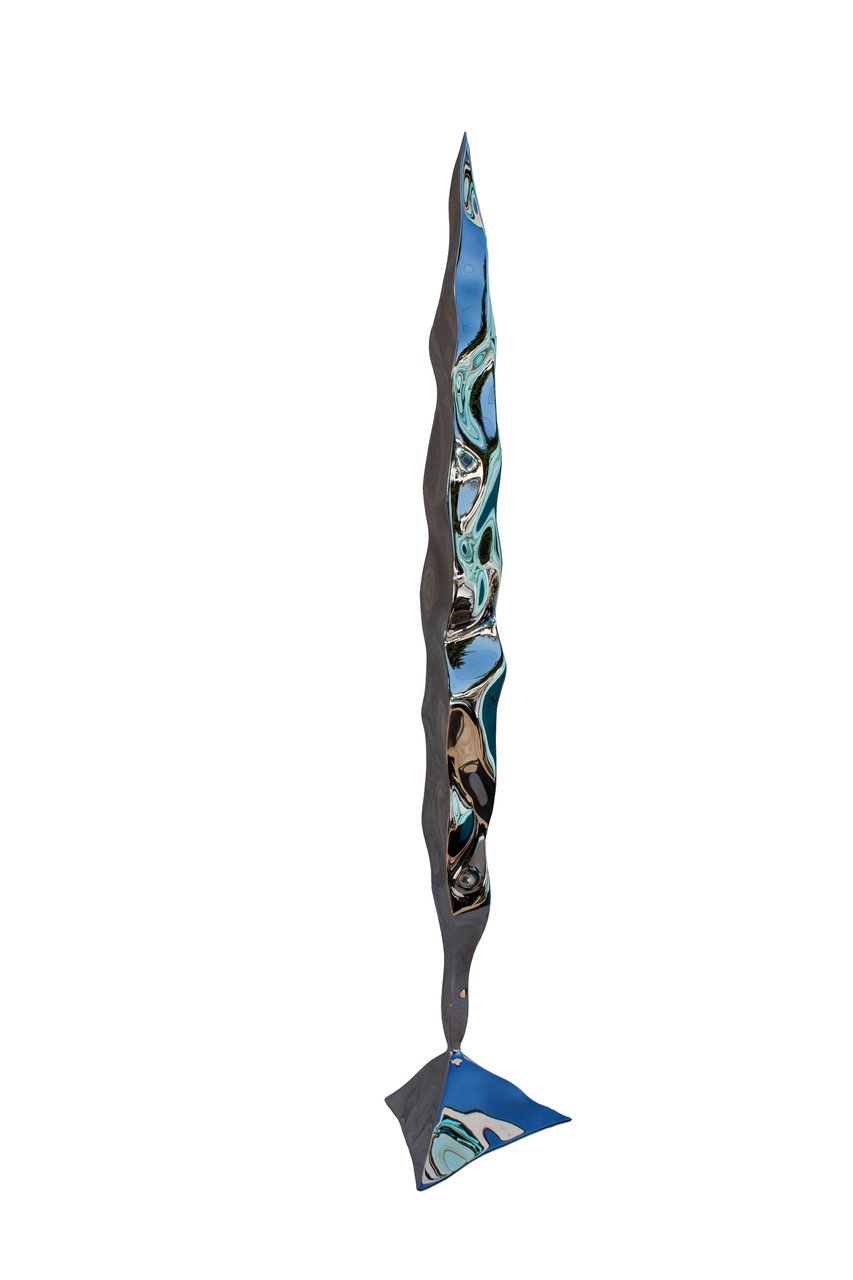 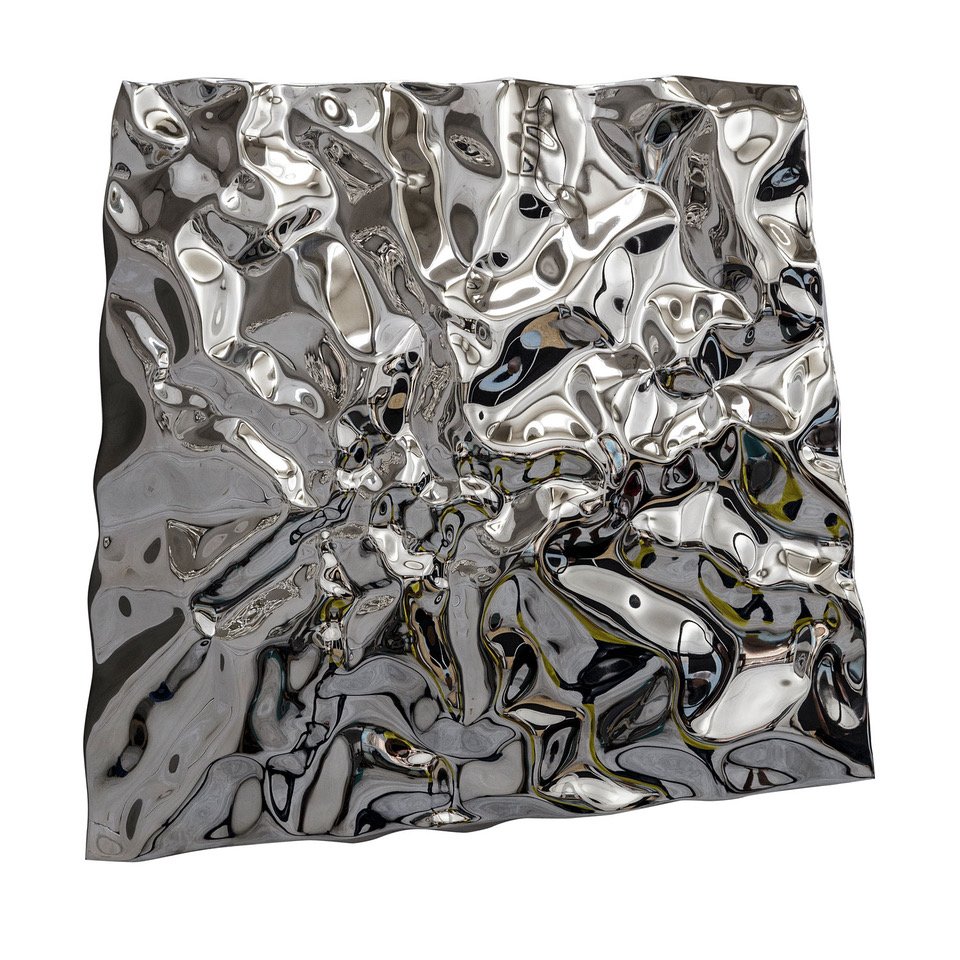 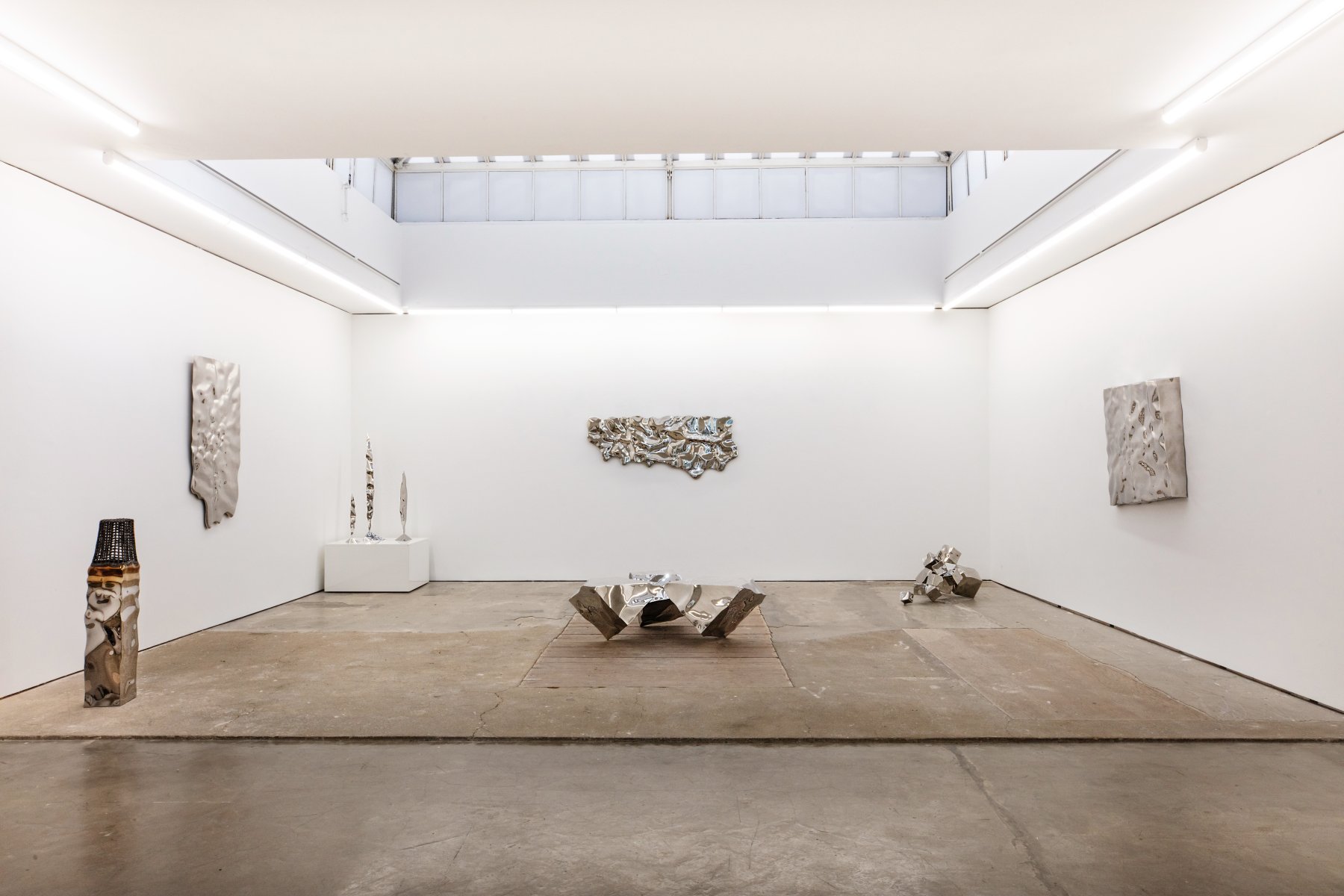 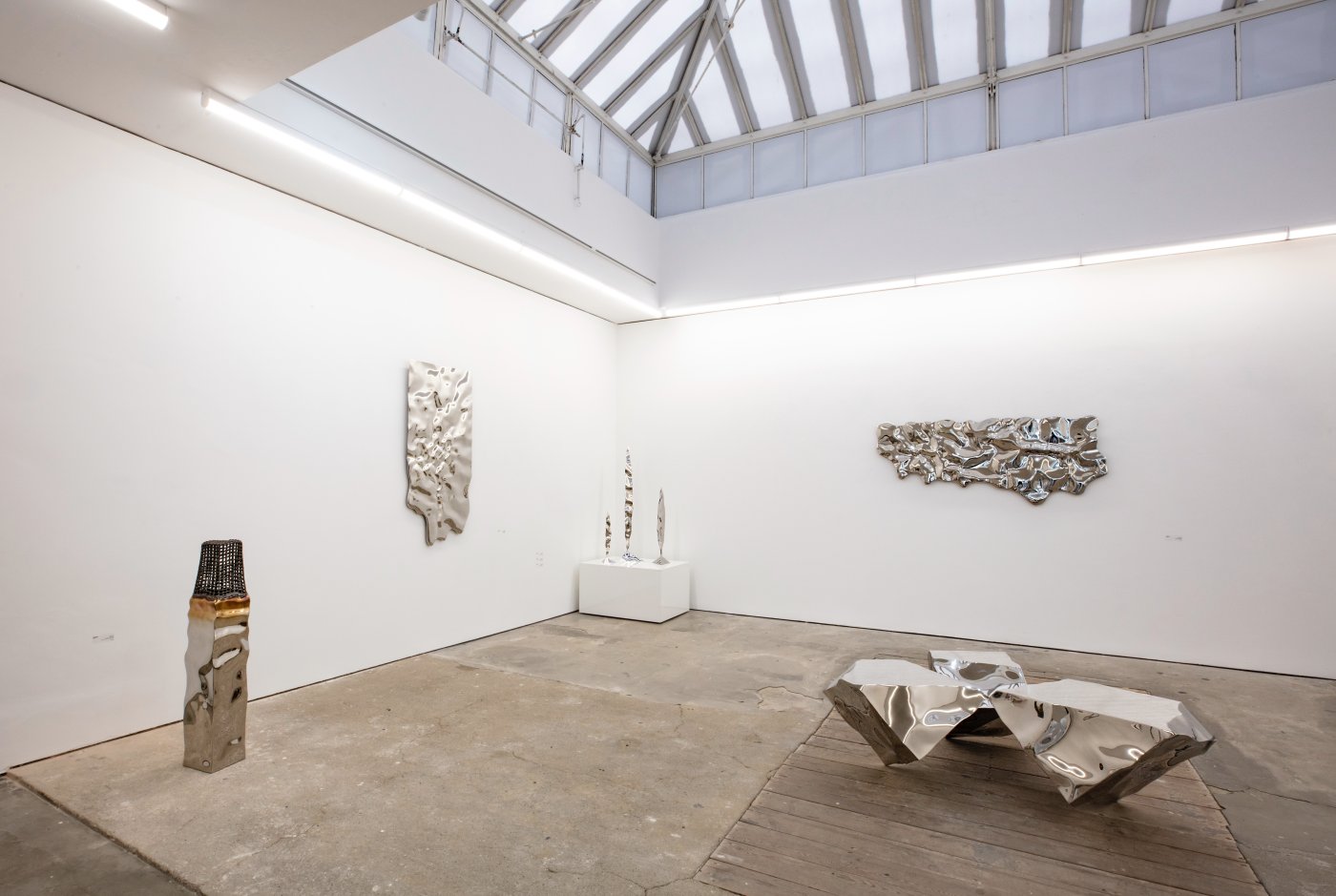 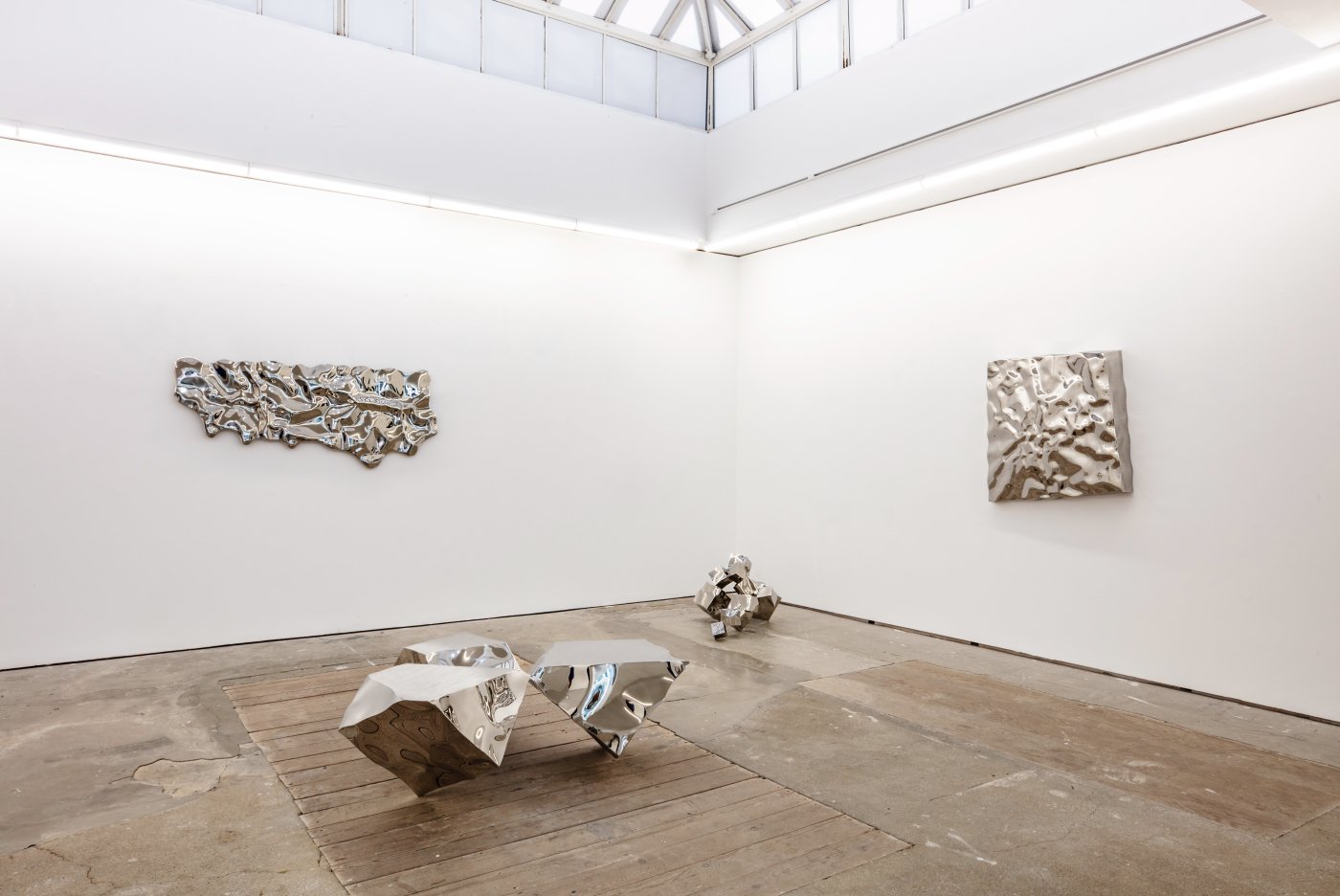 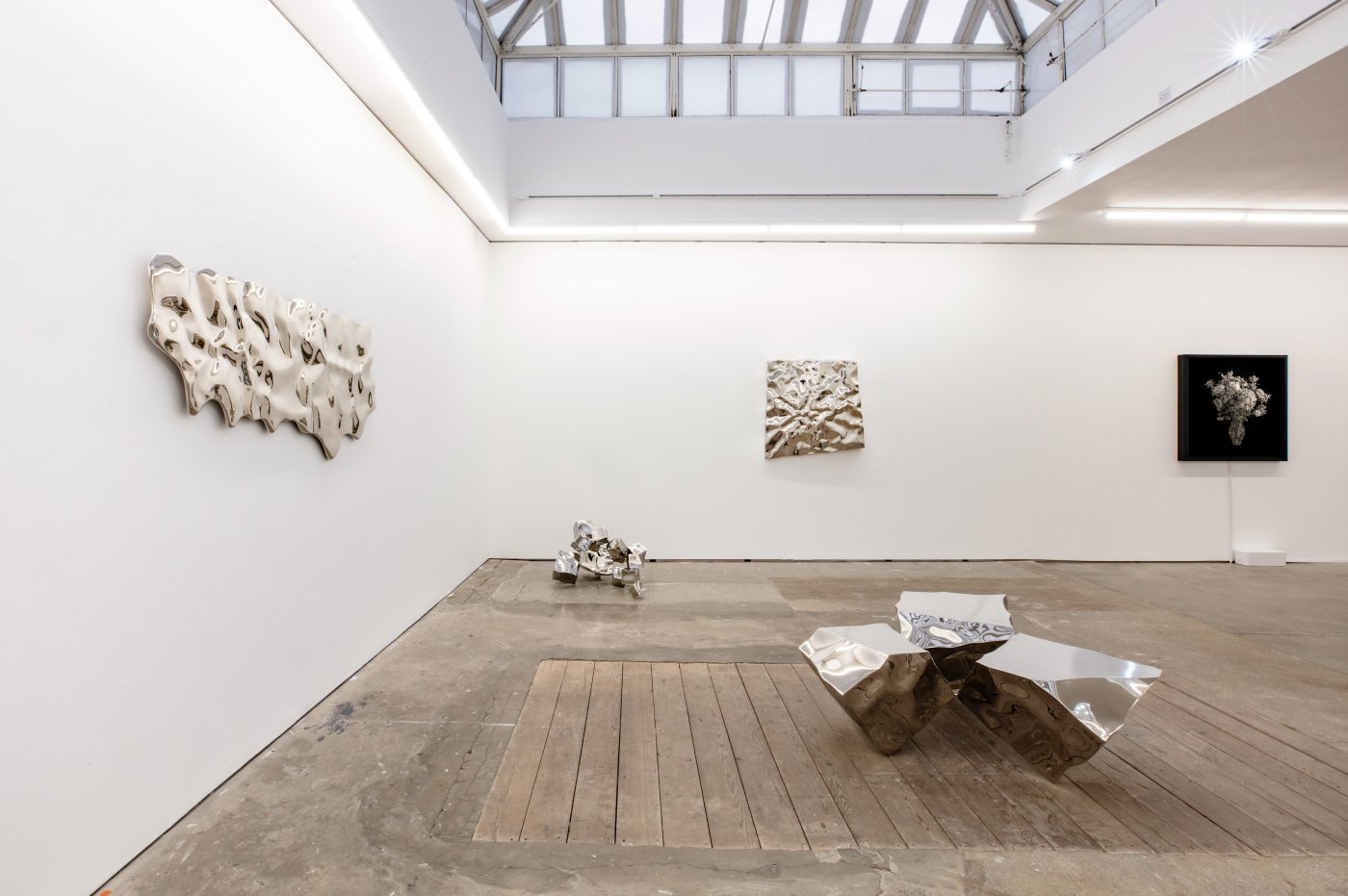 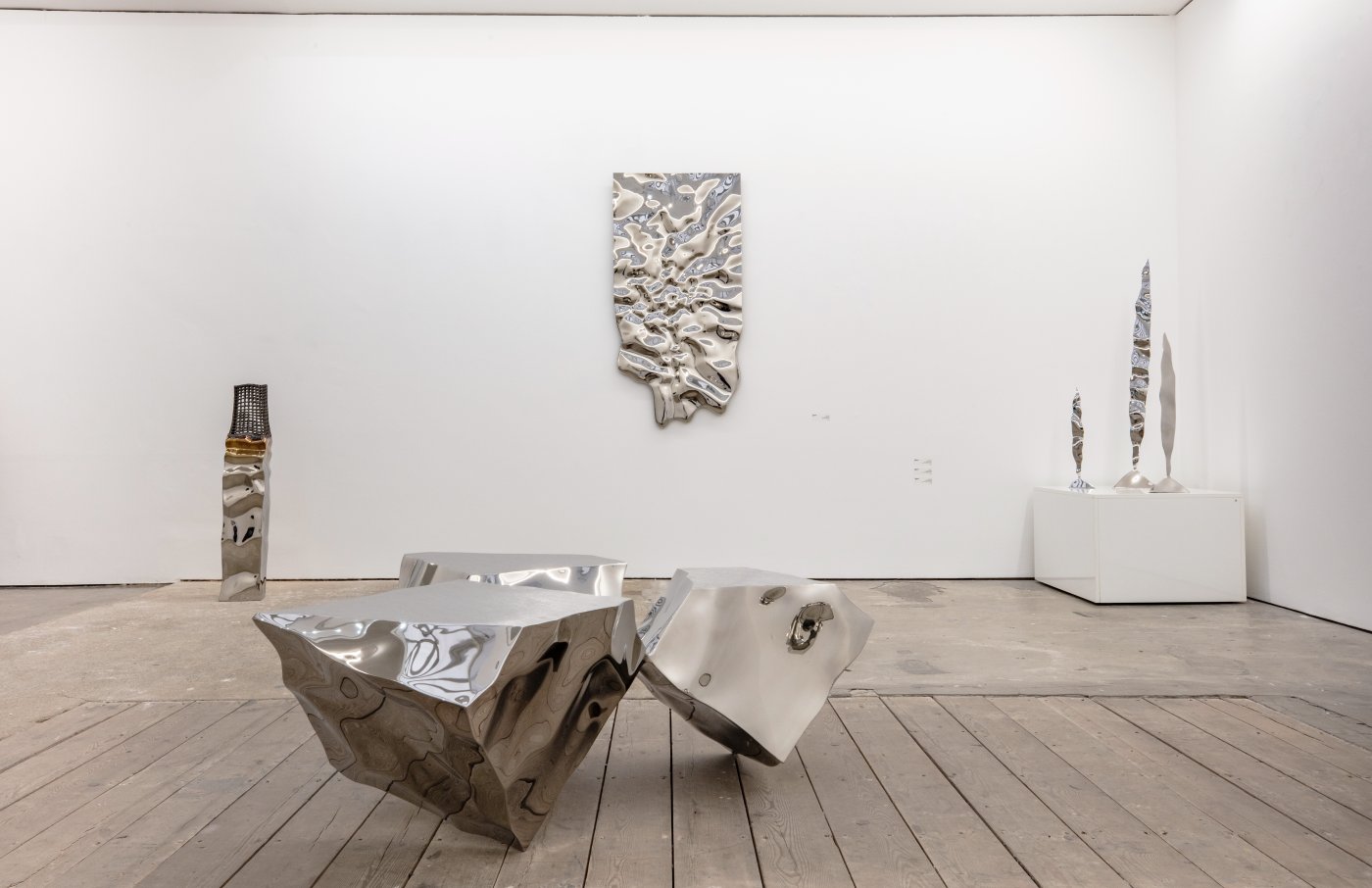 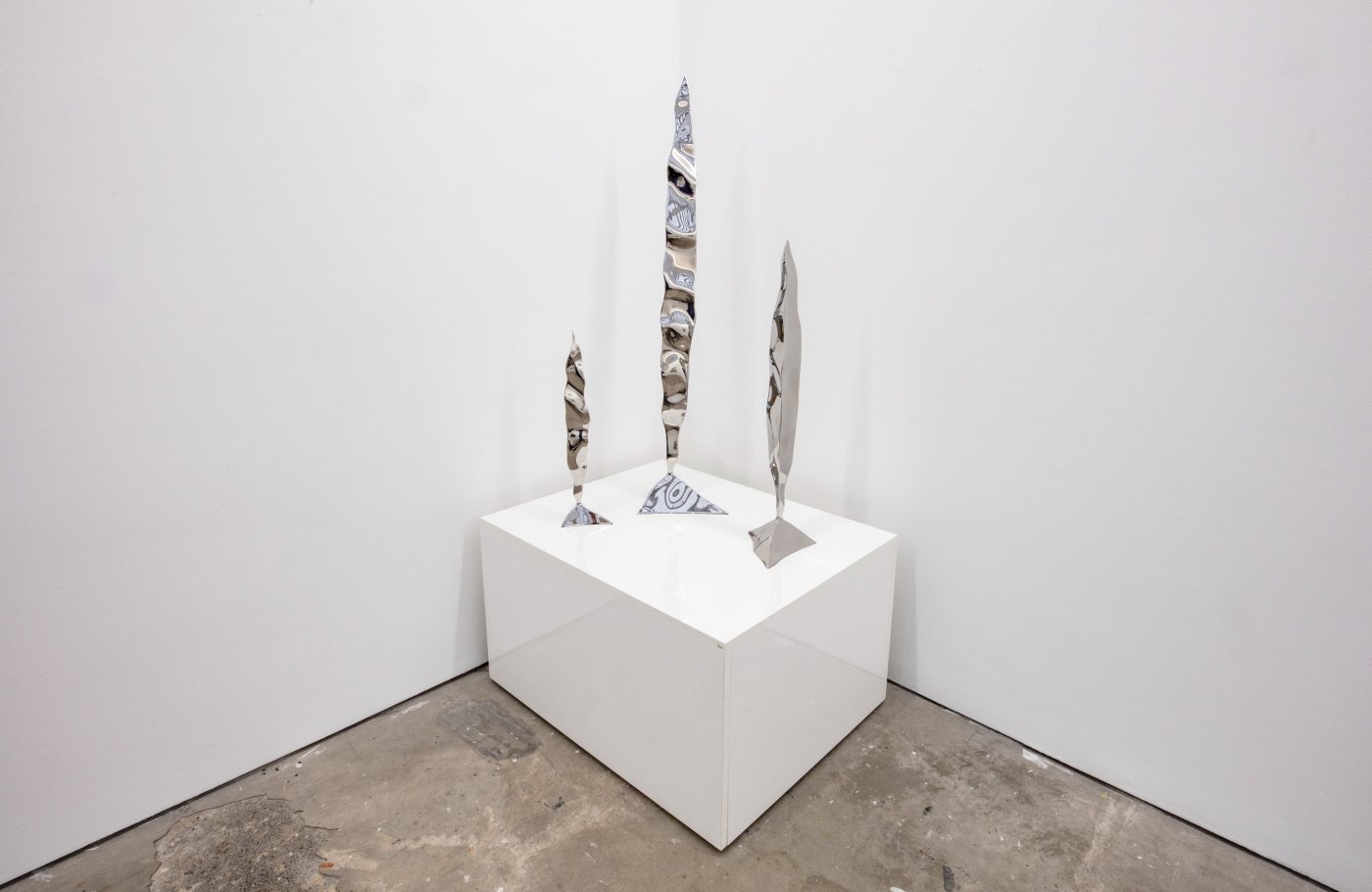 Bulgarian sculptor, Rado Kirov, trained as a coppersmith and initially pursued a career as a skilled craftsman of precious metals. He spent the 1990s in South Africa where he worked on many prestigious commissions, becoming particularly well known for making a silver chalice presented by President Nelson Mandela to Pope John Paul II.

Subsequently he has focused on sculpture, enlarging his scale and range, to forge a career in free-standing and wall-based steel structures. Pontone Gallery has a long-standing relationship with the artist and is delighted to exhibit these new pieces.

Kirov’s background as a metalworker equips him with a profound knowledge of technique and a keen awareness of the aesthetic properties and potentials of his material. Since his move to sculpture, he has worked in stainless steel. Building on his intimate knowledge and overcoming technical challenges, he has developed a secret method, which he refers to as ‘the mercury effect.’ This involves applying hand techniques and the manipulation of extreme temperatures to produce an undulating and rippled surface. He smooths and polishes this to a mirror finish, as glossy and seductive as chrome.

This collection consists of elegant, blade-shaped columns, made from welded sheets which curve and twist to resolve in fine points. They shine, glisten and flow like quicksilver. In addition, blunter, obelisk-like forms end in a truncated cage structure, whose dark finish creates an almost brutal contrast with the glacial smoothness of the lower surface.

The apparent sleek modernity of Kirov’s structures masks an elemental sculptural impulse, which suggests ancient monoliths and archaic proto-monuments. Seen as pure forms, these objects look like spear and arrow heads, prehistoric way-markers and votive pillars. Fabricated from the material of contemporary industrial production, they insinuate themselves into our world. Shiny and mercurial, cloaked in reflections, they smuggle old things into new places.

Courtesy of the artist and Pontone Gallery, London