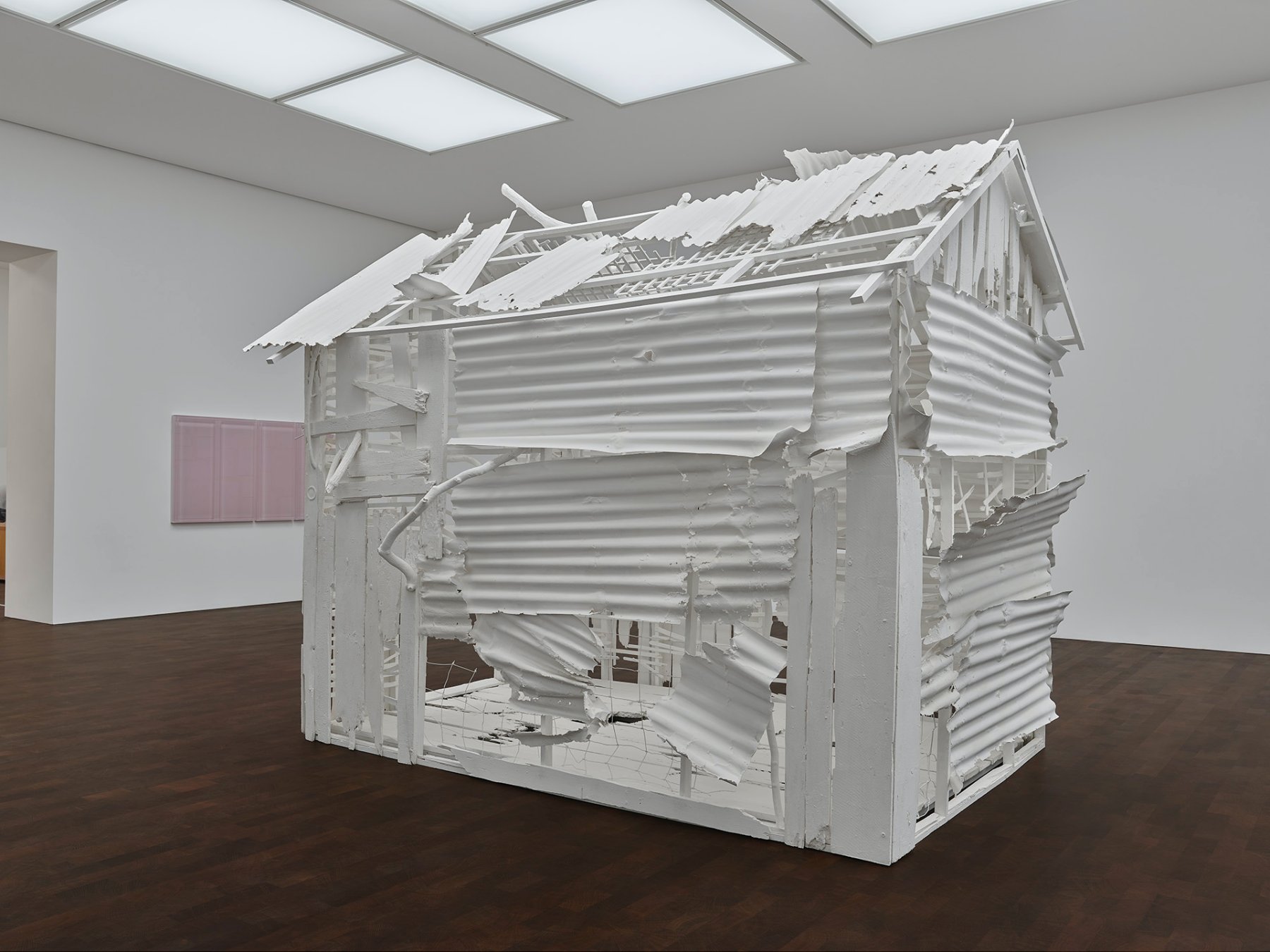 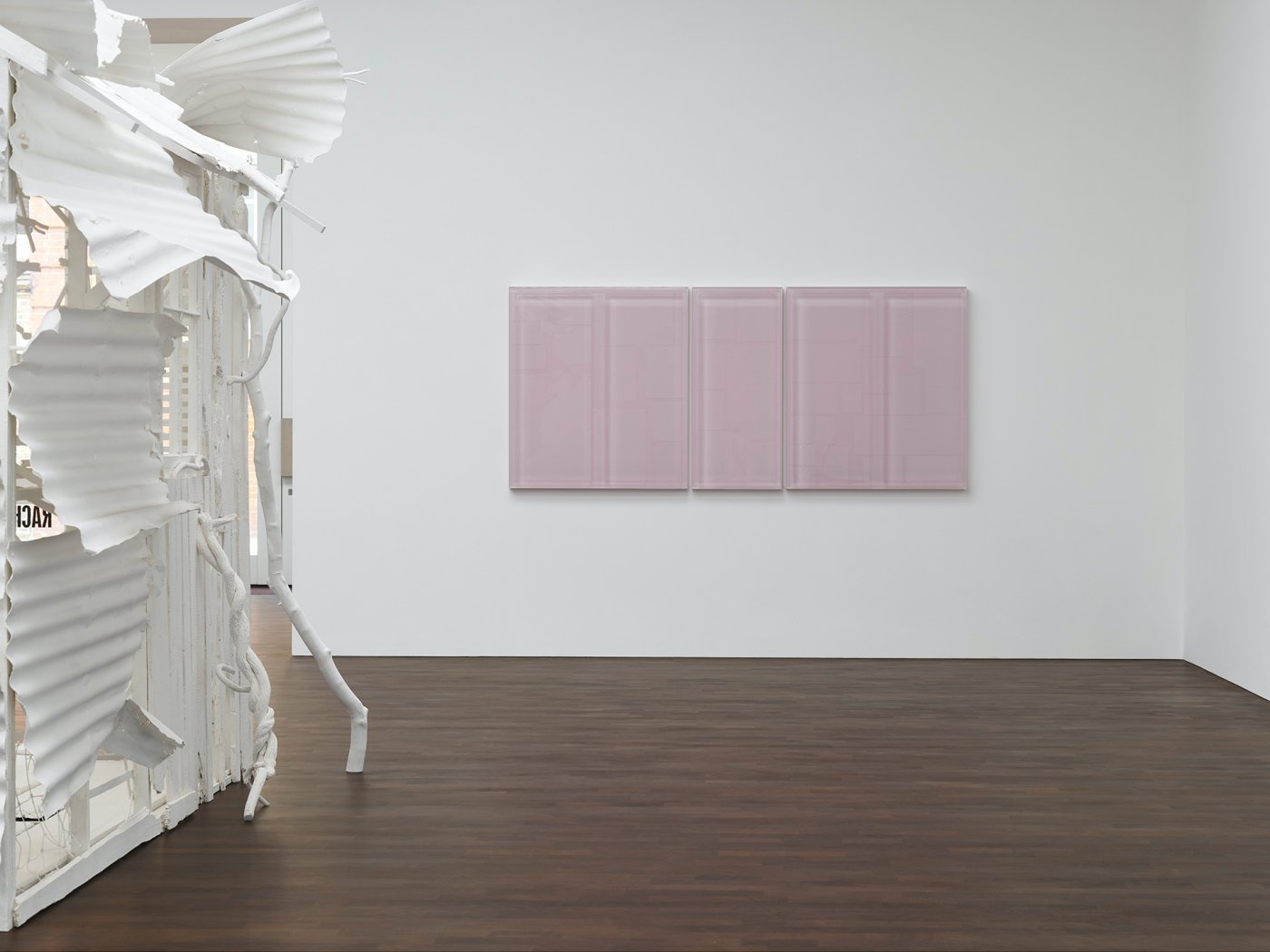 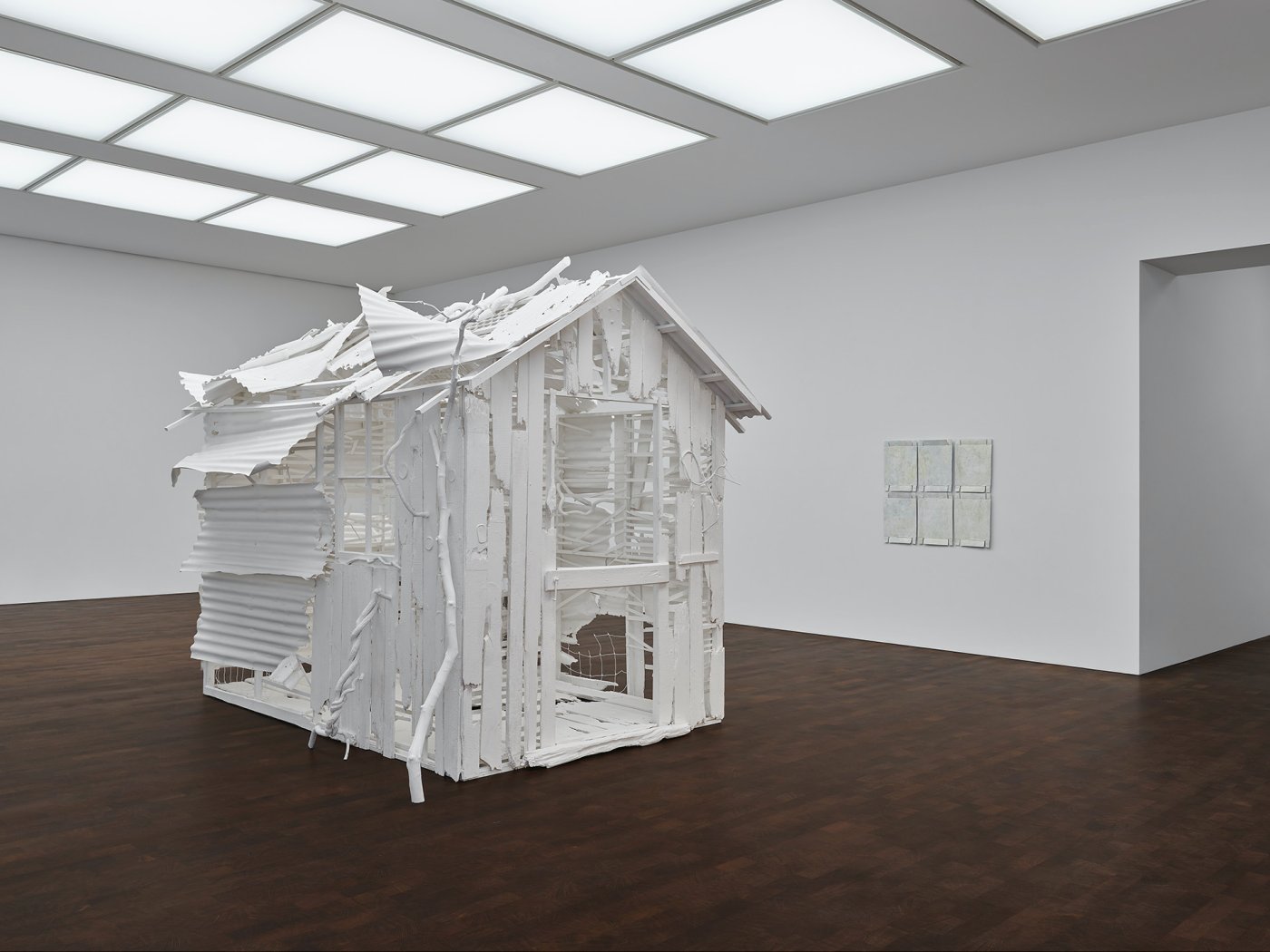 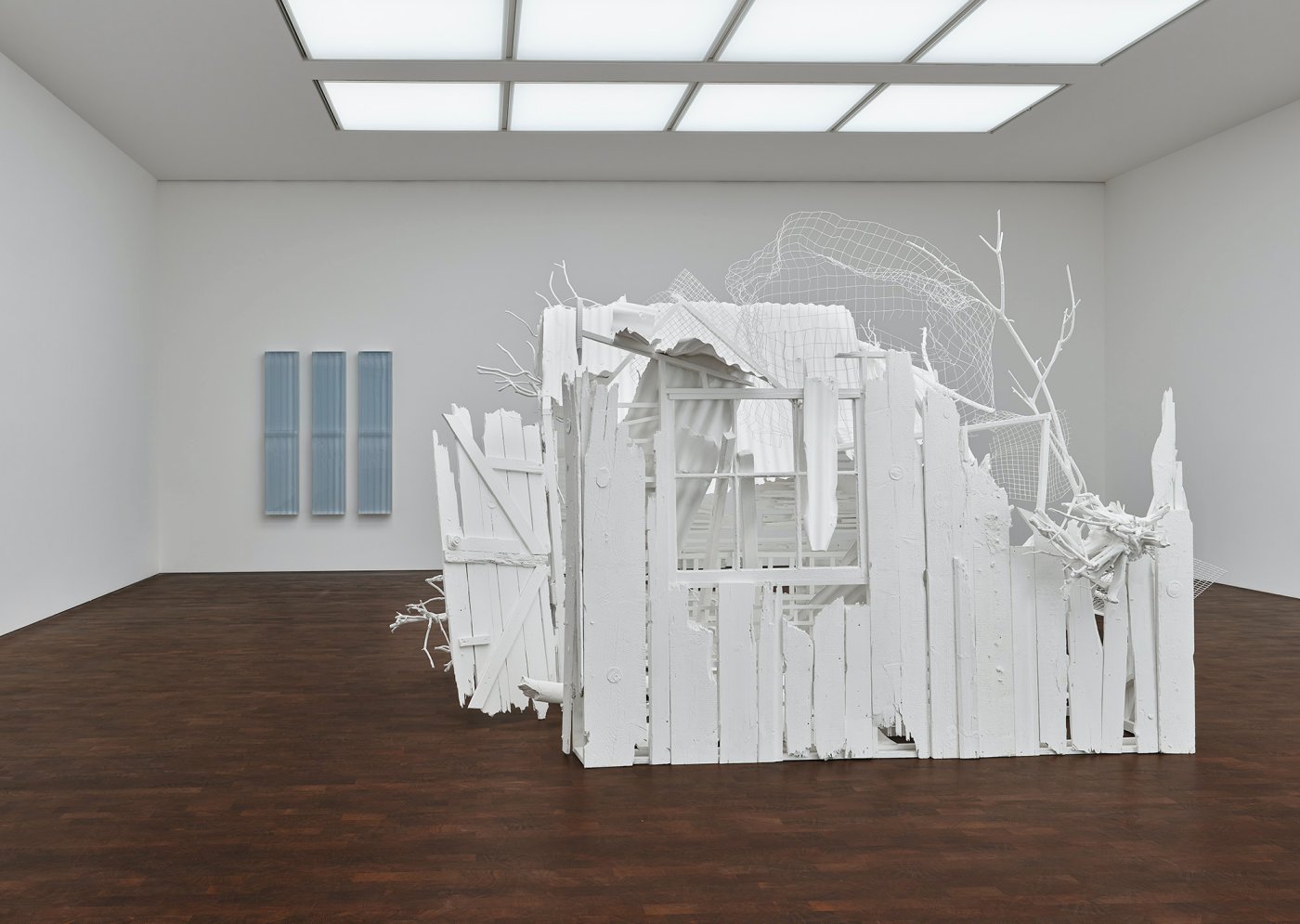 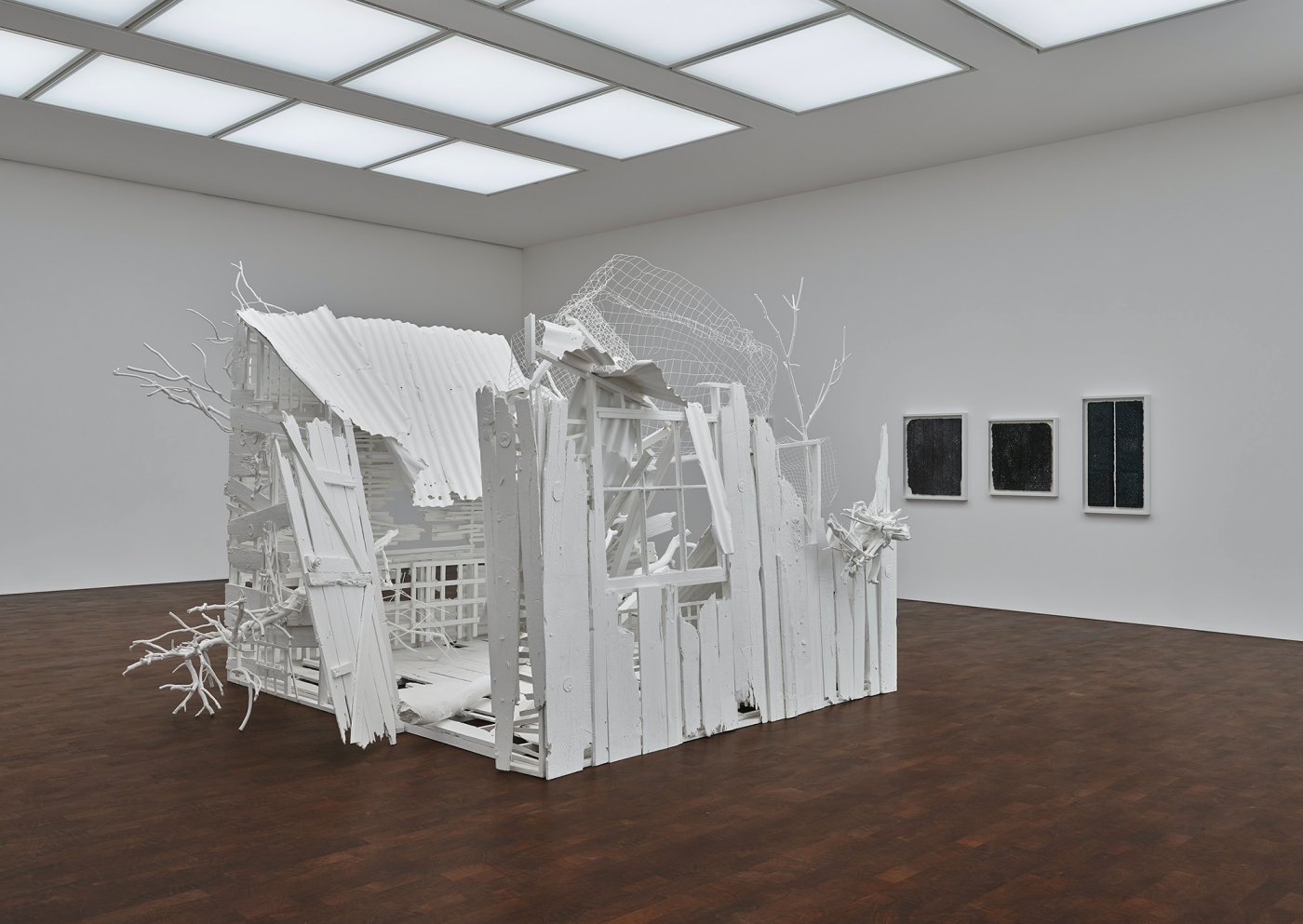 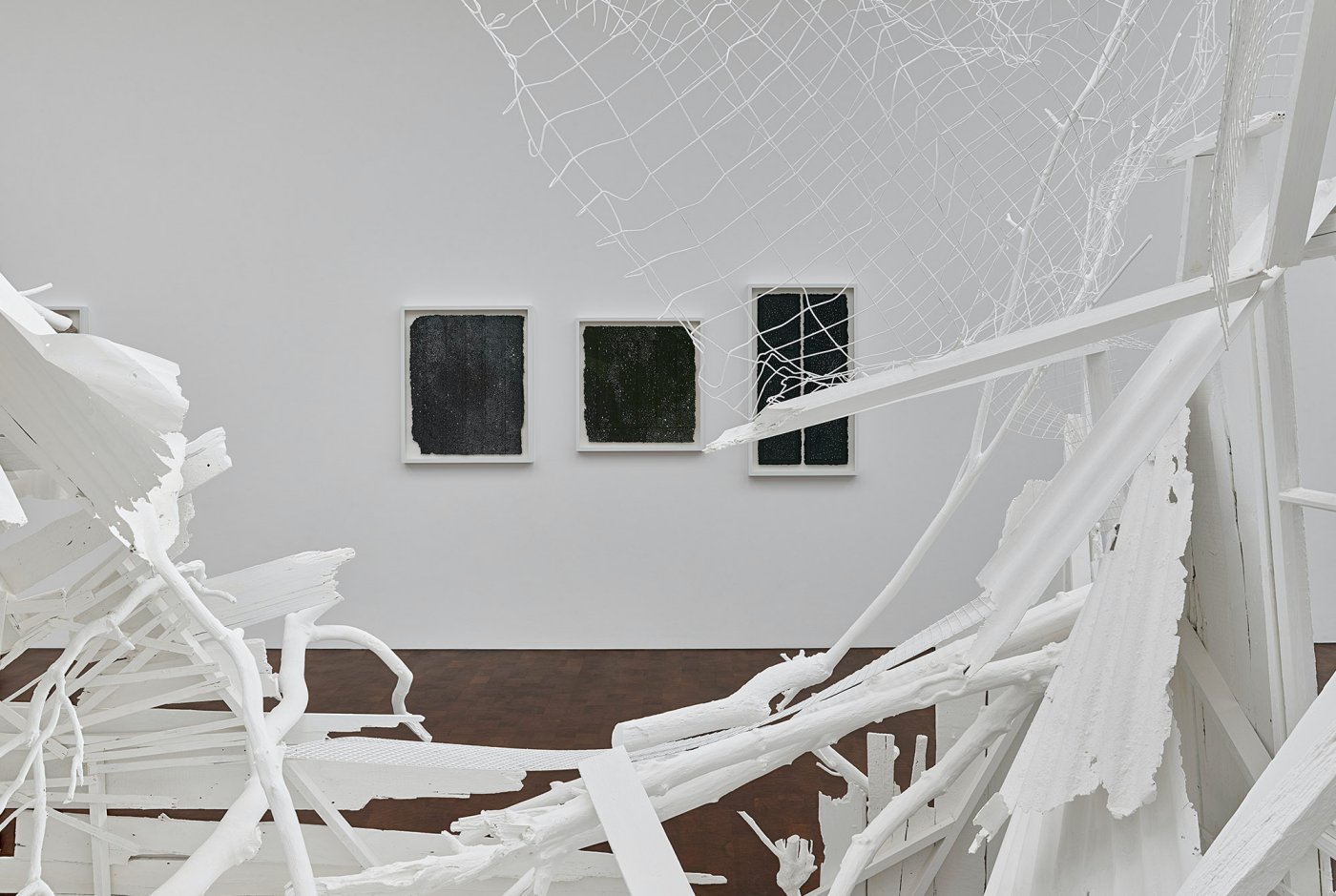 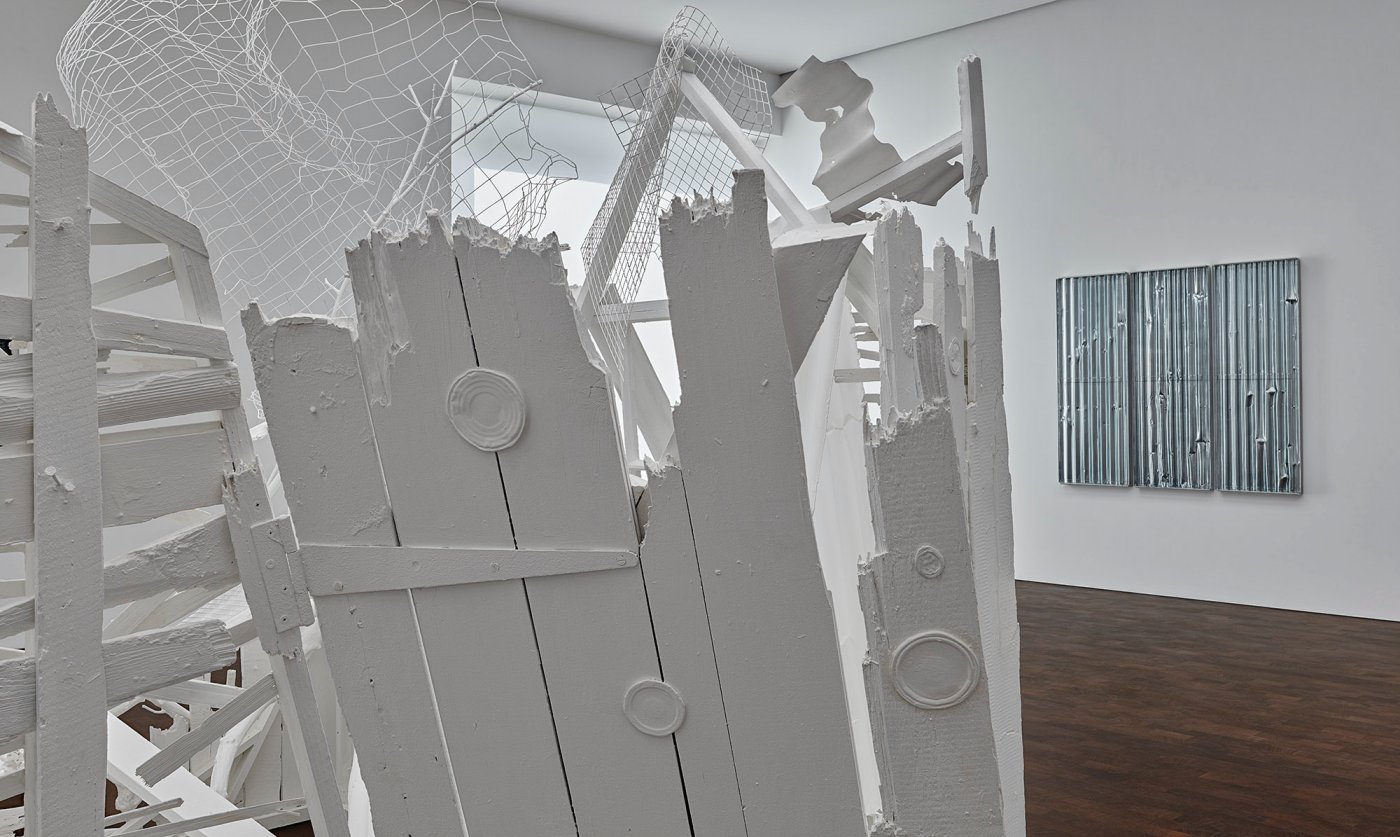 Whiteread employs the formal language of Minimalism, taking cues from its emphasis on geometric seriality, yet adds a quietly emotive aspect, maintaining an acute sensitivity to objects’ minor details and subtle markers of use and human irregularity. Over the past four decades, she has used the method of casting on both “low” materials such as concrete, resin, rubber, and plaster, as well as more traditional sculptural materials, such as bronze. Whether they take the form of monumental public installations or small, intimate objects, Whiteread’s forms imply hidden narratives and secret histories. She employs existing artifacts and spaces—including domestic objects like chairs and mattresses, interiors of rooms, and even, famously, an entire terraced house—to evoke and explore corporeal presence. Notably, her deft use of negative space can imply a thing that’s gone and been reincarnated.

In this exhibition, this suggestion of haunting, or ghostliness, is manifested in a different way. In Detached 1, Detached 2, and Detached 3 (all 2012), which she installed at Gagosian London in 2013, Whiteread rendered the empty interiors of three garden sheds in concrete and steel. Now, in Internal Objects, she has again created cabin-like structures but has, for the first time, eschewed casting existing objects in favor of building original ones. Poltergeist (2020) and Döppelganger (2020–21), which occupy the two main rooms of the Grosvenor Hill gallery, are made of found wood and metal that has been meticulously overpainted in white household paint.

While Whiteread’s sheds of a decade ago were closed, the new sculptures are open, inverting the formal system of their predecessors. They suggest that something catastrophic has occurred, allowing nature to take over. Whiteread was inspired by her reading of John Steinbeck, and by her experience of driving through the Mojave Desert and Death Valley in California after installing two sculptures in Joshua Tree National Park in 2017. Although the new works represent a departure from her established sculptural process, they continue her overall project in considering the intimate haptic qualities of the spaces that surround us.

The exhibition also features a new body of sculptures in resin and new works on paper, as well as recent cast sculptures in bronze, similar to works in bronze Whiteread made in 2000–10, and exhibited at a major retrospective at Tate Britain in 2017.

A fully illustrated catalogue, including a short story by John Steinbeck and an essay by Richard Calvocoressi, will be published to accompany the exhibition.