“Seen from the viewpoint of man, who always lives in the interval between past and future, time is not a continuum, a flow of uninterrupted succession; it is broken in the middle, at the point where “he” stands; and “his” standpoint is not the present as we usually understand it but rather a gap in time which “his” constant fighting, “his” making a stand against past and future, keeps in existence.”
Hannah Arendt, Between Past and Future, 1954 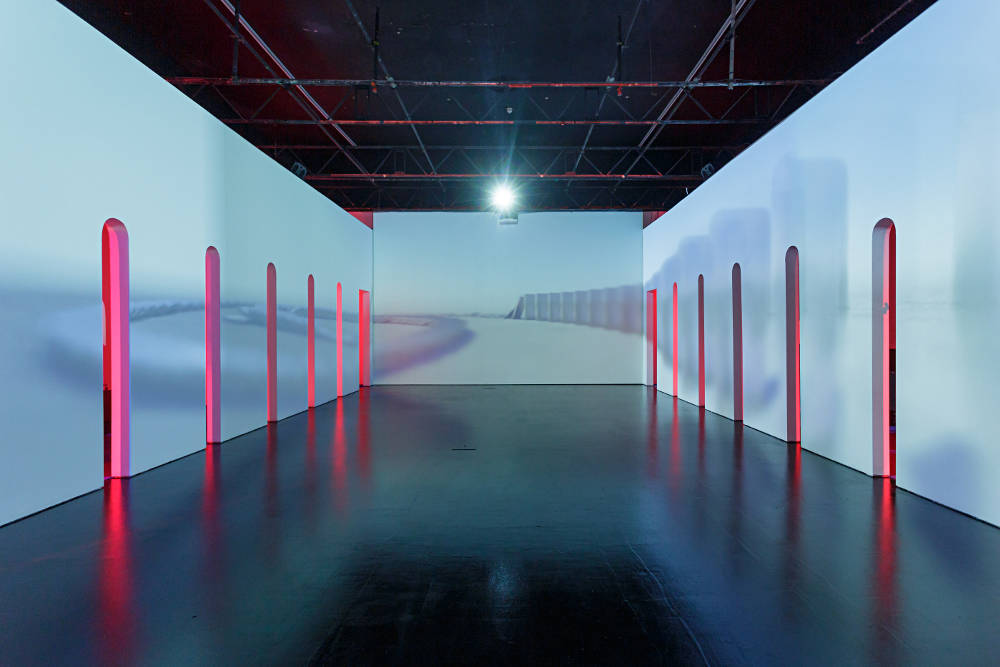 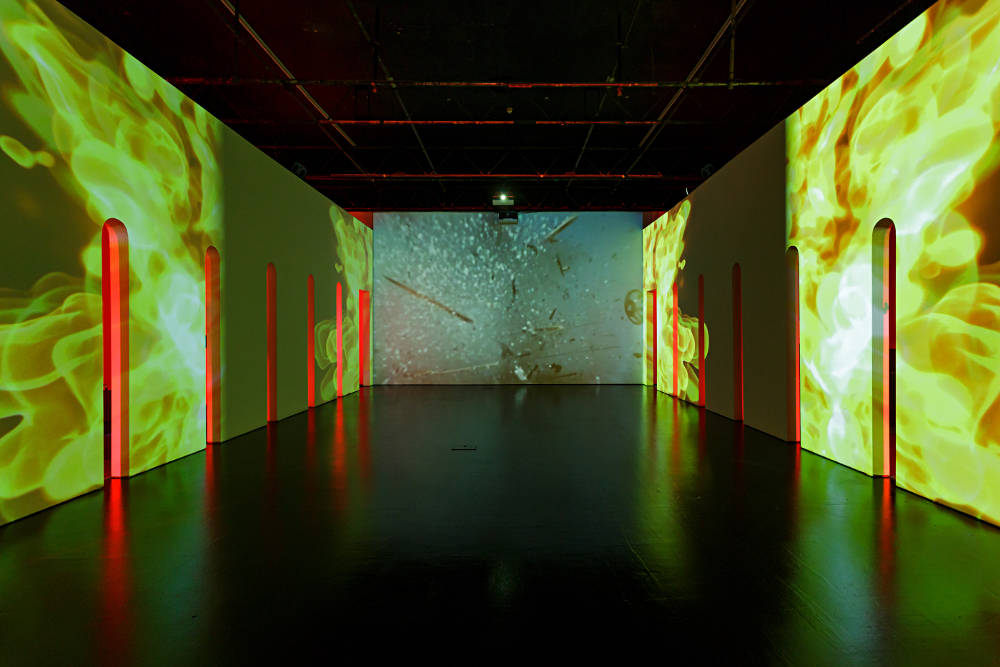 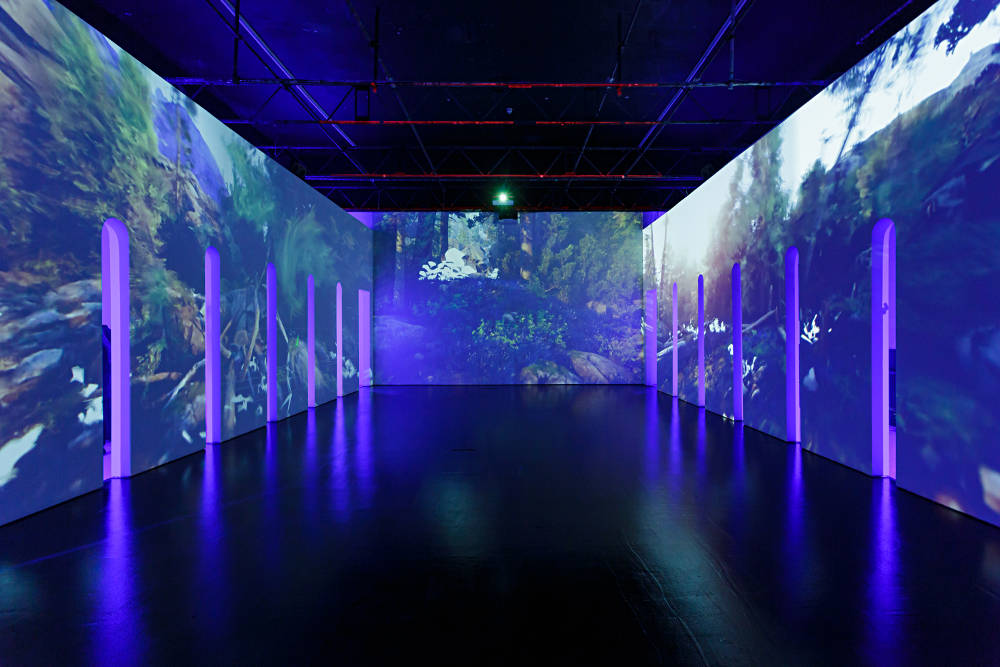 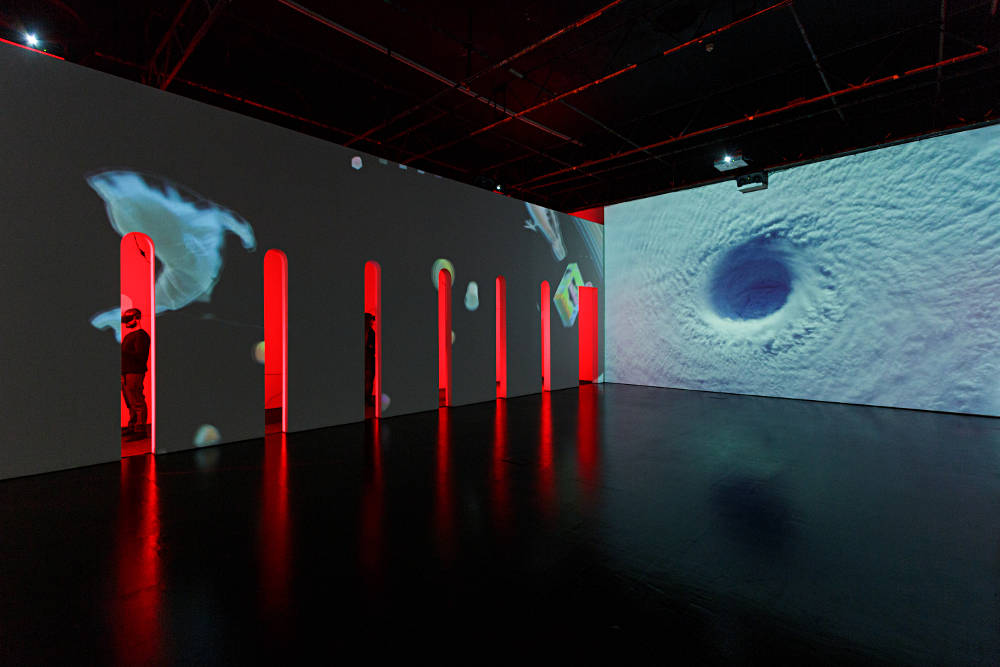 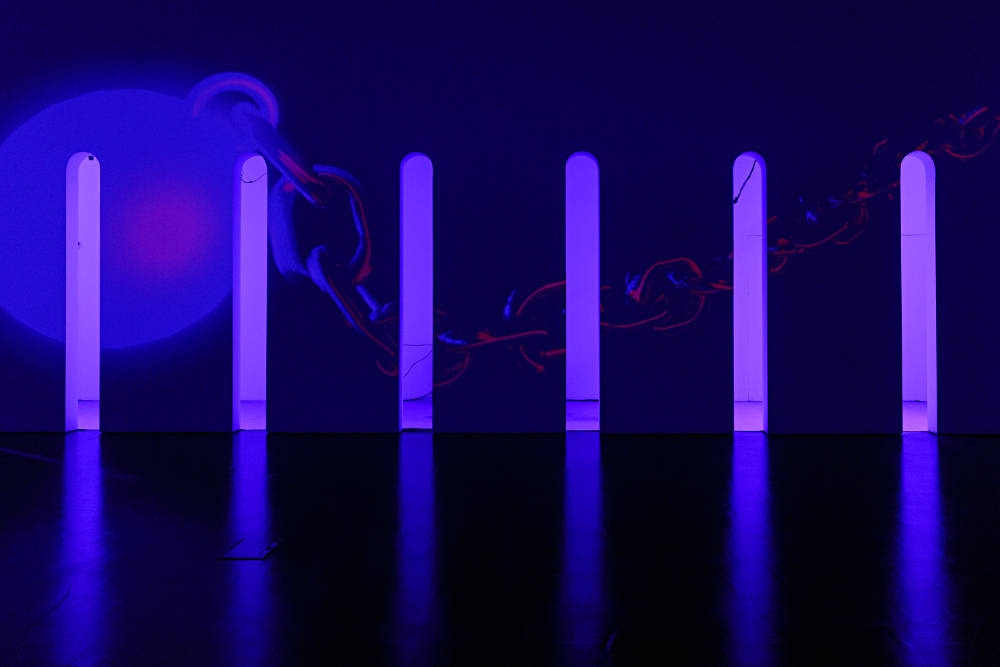 A work in virtual reality, it explores the human desire for control and agency in an increasingly precarious present. Using the movement of gallery visitors through space to manipulate the passage of time, and with it the unfolding narrative, Rossin’s work examines how traces of the body can be felt within the ephemerality of digital technology. Staged within a series of roped enclosures, in a room of contiguous projections, synchronised with sound, lighting and prop effects, the exhibition is both physically and virtually immersive.

A self-taught programmer, Rossin has established herself as one of the pioneers among a generation of artists working with new digital technologies, to make paintings, sculptural installations and virtual reality. An early version of The Sky is a Gap was first presented at the Sundance Film Festival in 2017, where it was seen to eschew conventions of storytelling in favour of experimenting with our understanding of the relationship between time and space through movement.

Initially inspired by the sequence of slow-motion detonations of household possessions at the end of Michelangelo Antonioni’s 1970 movie Zabriskie Point, Rossin’s work expands the cinematic into both virtual and physical immersive experiences. Cinematographic and editing techniques are translated into virtual reality enabling the viewer to use their bodies to manipulate the forward and backward motion of scenes and shifts in perspective. The work has since evolved to feature multiple scenes that reference Antonioni’s domestic destruction as well as militaristic and technological ravages culled from gaming and artificial intelligence research.

As multiple users find their own pace through the work’s shifting explosions, they will also drift in and out of each other’s field of vision in relation to their physical proximity- a casual choreography that appears simultaneously combative and impassive. Spurred onward by our knowledge of the past but pressed back by the uncertainties of the future, Rossin’s work enables the rarest of experiences – the chance to pause, review and change our perception.

The exhibition is curated by Maitreyi Maheshwari, Programme Director at Zabludowicz Collection.