Rachel Maclean (b.1987, Edinburgh) has rapidly established herself as one of the most distinctive creative voices in the UK. 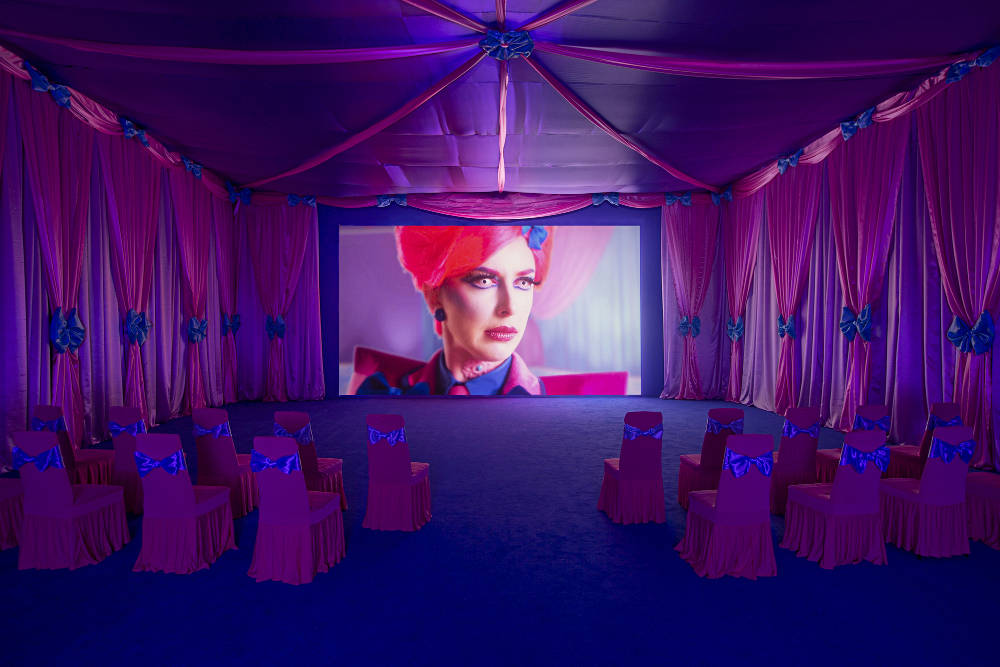 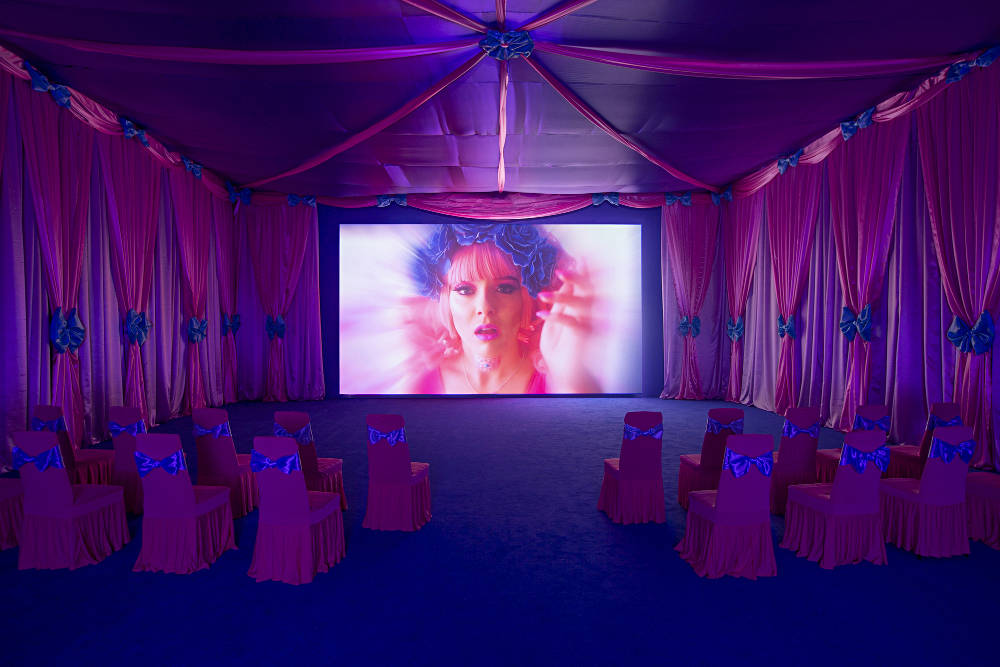 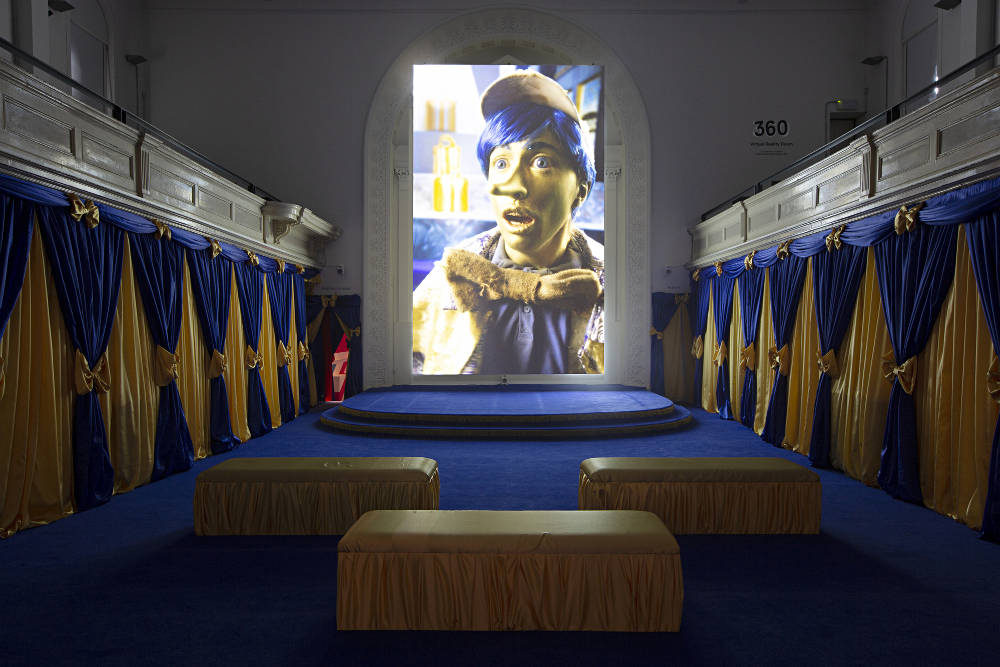 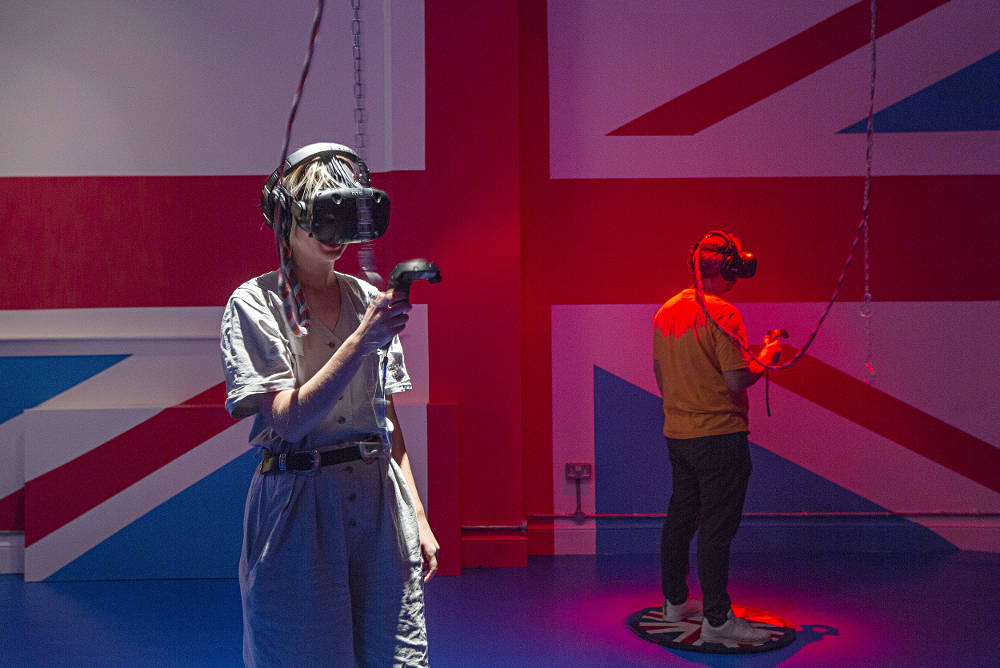 Creating baroque, hyper-real worlds using green-screen video and computer animation, and playing many of the extravagantly costumed characters herself, Maclean spins razor-sharp fables that combine comedy and horror. Her work offers a powerful critique of contemporary society and its underlying fears and desires.

Maclean first exhibited at the Zabludowicz Collection in 2014 with a solo exhibition as part of the Invites programme, and now returns for the 2018 Annual Commission show. At its centre is a new Zabludowicz Collection commission using Virtual Reality technology, the artist’s first piece in the medium made in collaboration with Werkflow, a London-based digital arts studio. An interactive experience set in a dystopian urban British landscape of manic tourist merchandise, it reflects on societal unease and violence, and the mistrust inherent in a culture of voracious documentation, self-performance and voyeurism.

Spite Your Face, 2017, the film with which Maclean represented Scotland at the 57th Venice Biennale, is presented in the Main Hall. Referencing the Italian folktale The Adventures of Pinocchio, it was made in the context of significant changes in the political climate in the UK and abroad, in particular the divisive campaigns in the lead up to the Brexit vote and the US Presidential election – events central to heralding a new post-truth era.

The third room of the exhibition features a major new film, Make Me Up, produced by Hopscotch Films and NVA, commissioned by 14-18 NOW and the BBC. Marking 100 years of women’s suffrage, and inspired by suffragette protest, including Mary Richardson’s famous 1914 attack on Velázquez’s painting ‘The Rokeby Venus’, it imagines a scenario in which group of women are trapped in a reality TV-style competition overseen by the Figurehead, who speaks only in the voice and words of Kenneth Clark from the landmark 1969 television series Civilisation.

Based in Glasgow, Rachel Maclean graduated from Edinburgh College of Art in 2009 and her work came to public attention in New Contemporaries later that year. She has since received significant acclaim, with major solo shows at Talbot Rice Gallery, Edinburgh, Dublin City Gallery The Hugh Lane, Artpace San Antonio, Texas, HOME Manchester and Tate Britain. Her work A Whole New World won the prestigious Margaret Tait Award in 2013, she has twice been shortlisted for the Jarman Award, and achieved widespread critical praise for Feed Me in British Art Show 8 in 2016. She represented Scotland at the Venice Biennale 2017 with the newly commissioned work Spite Your Face, on view in Chiesa Santa Caterina. Scotland+Venice 2017 commissioned and curated by Alchemy Film and Arts, based in Hawick, in partnership with Talbot Rice Gallery and the University of Edinburgh.

Image: Rachel Maclean, Make Me Up, 2018 (still) © Rachel Maclean. Produced by Hopscotch Films with NVA for the BBC, Creative Scotland and 14-18 NOW: WW1 Centenary Art Commissions, supported by Jerwood Charitable Foundation. Make Me Up is part of Represent, a series of works inspired by the Representation of the Peoples Act 1918. 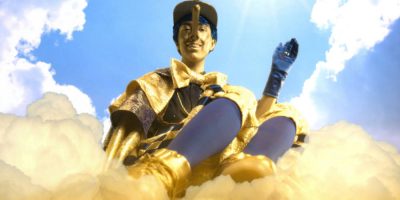