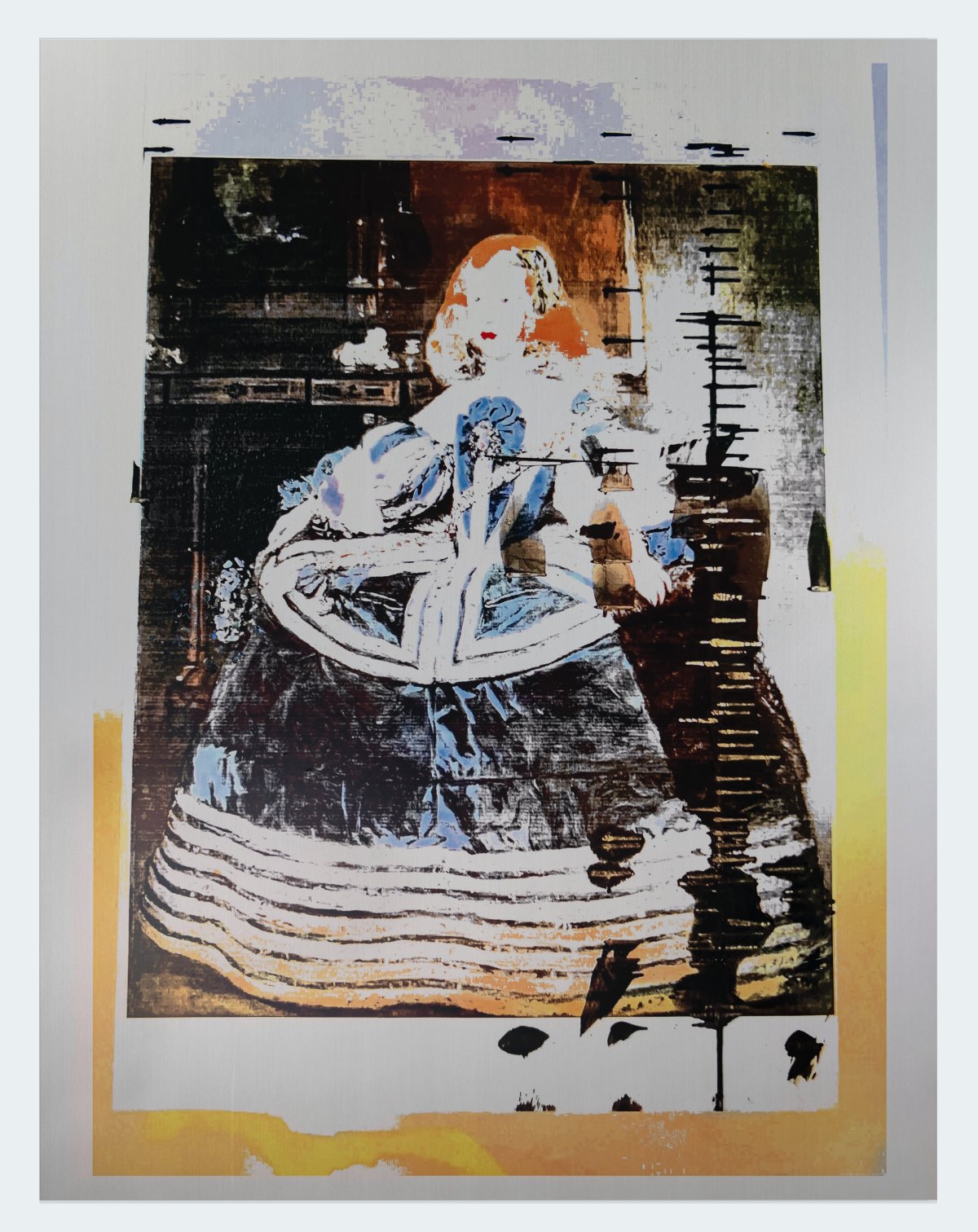 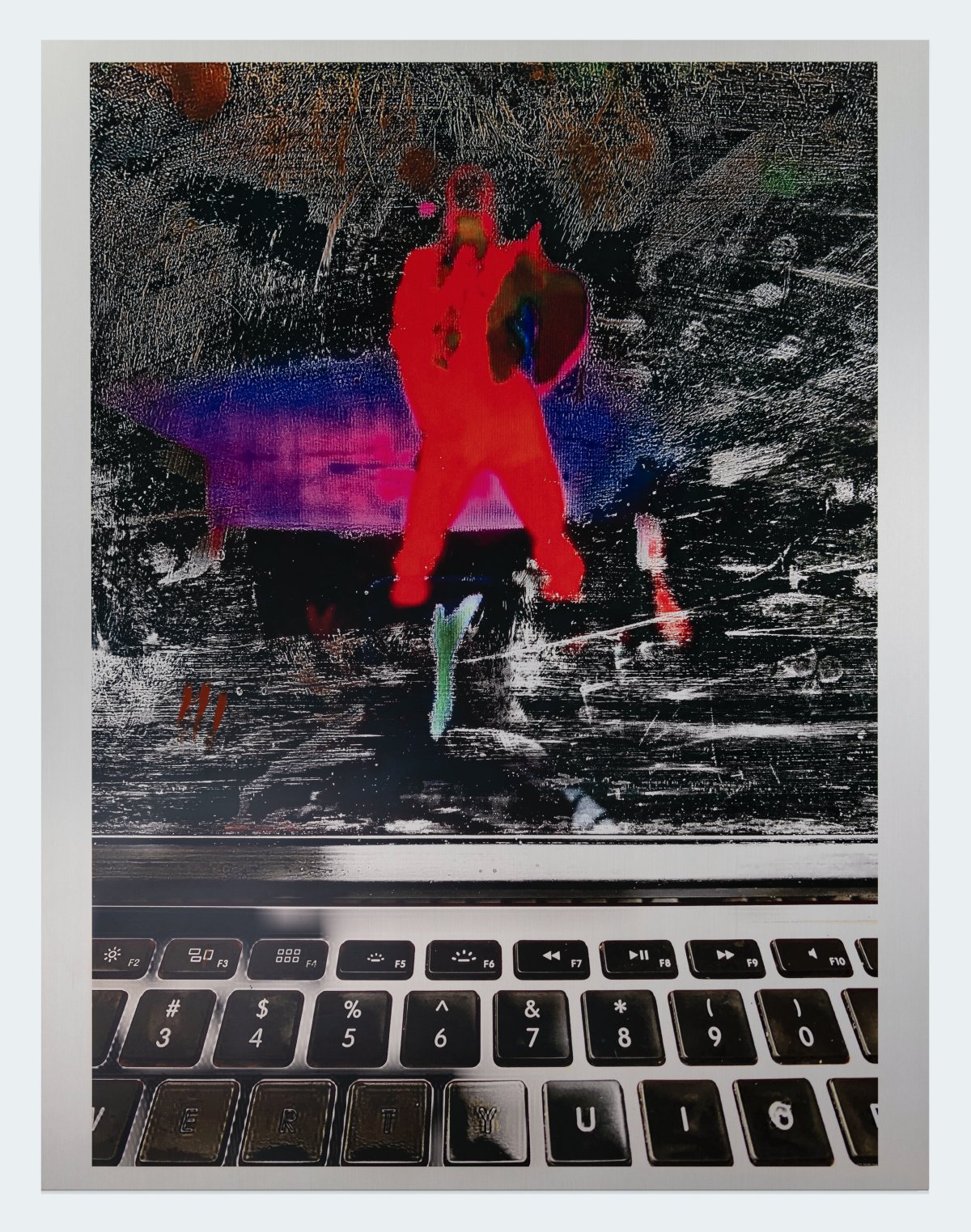 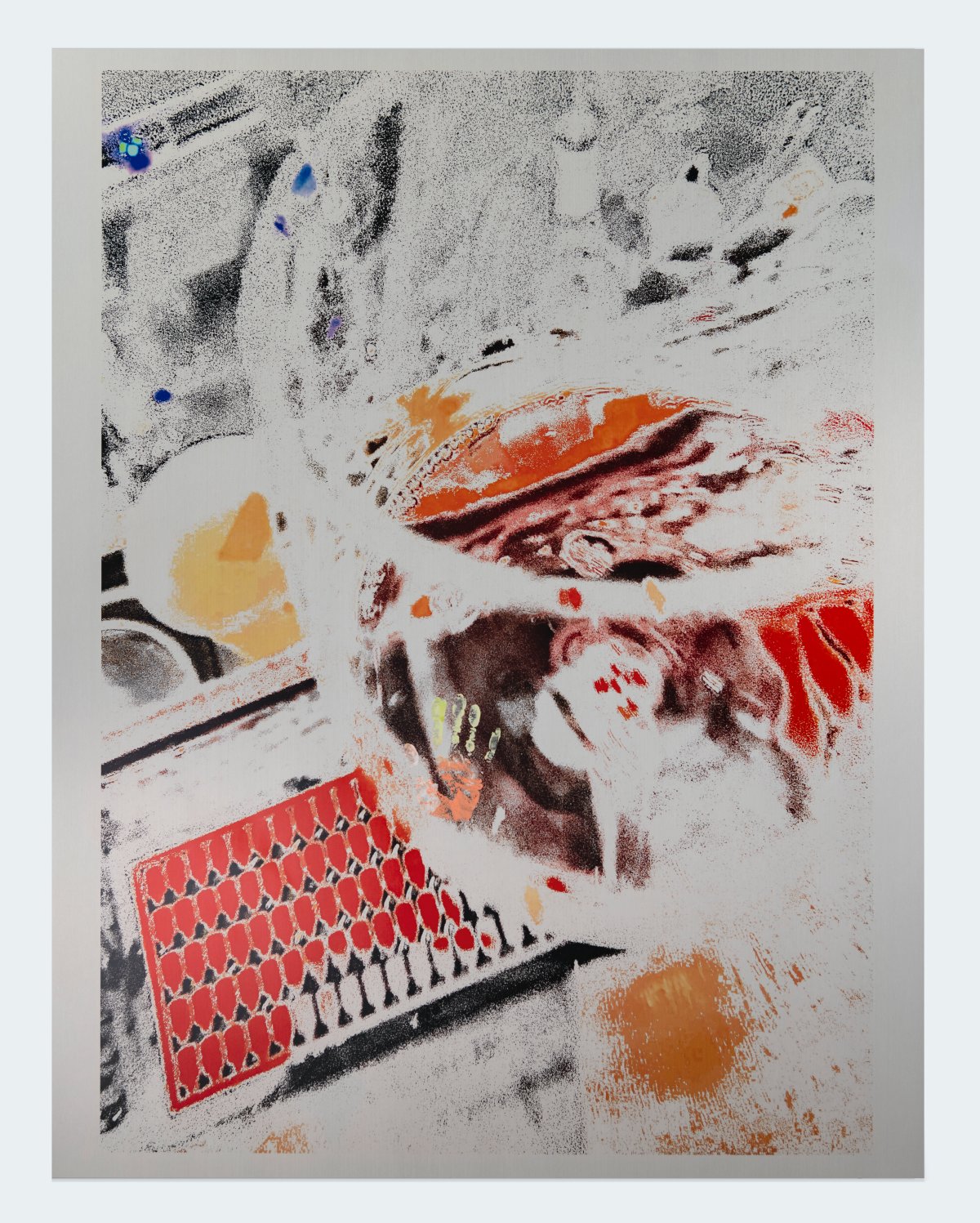 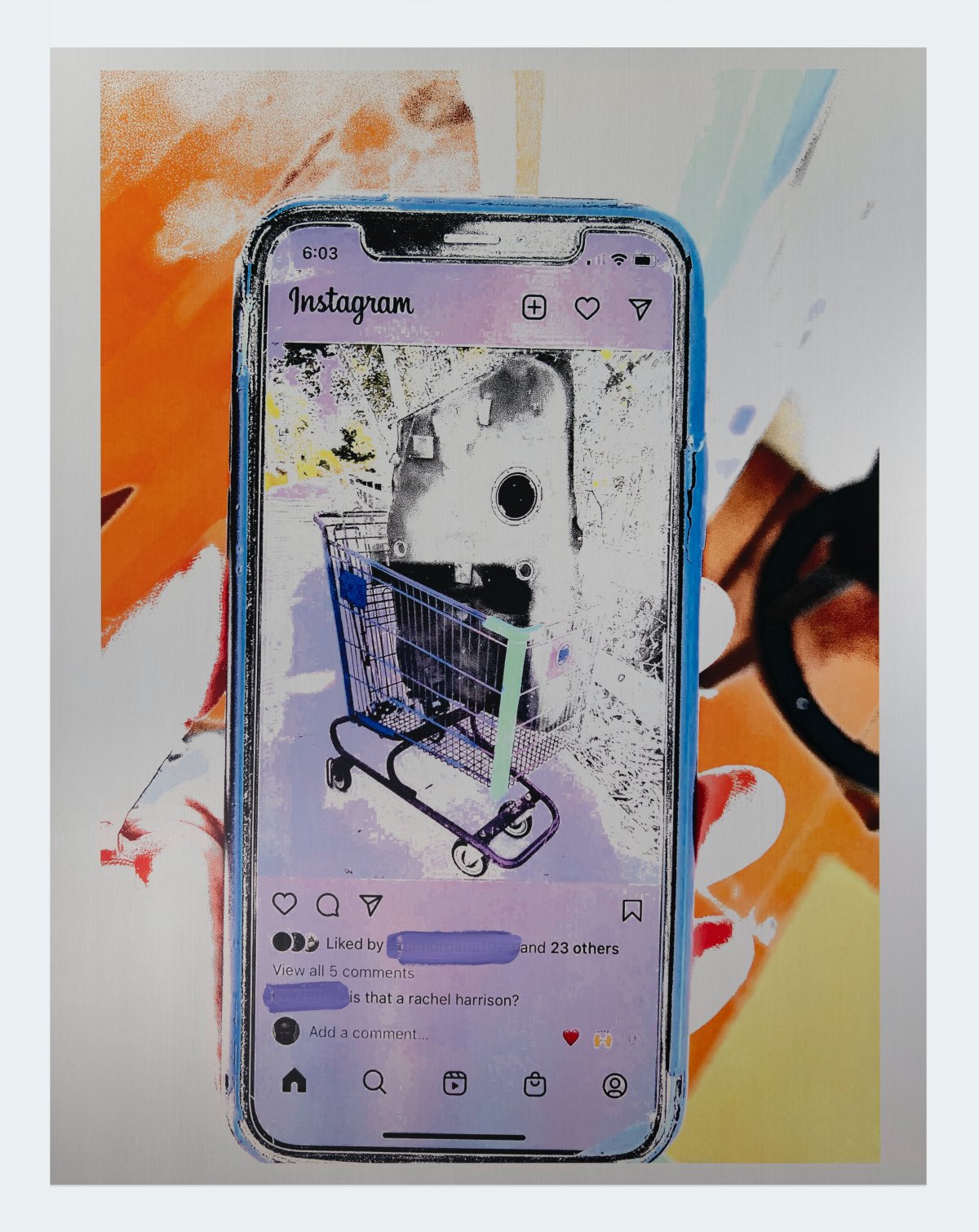 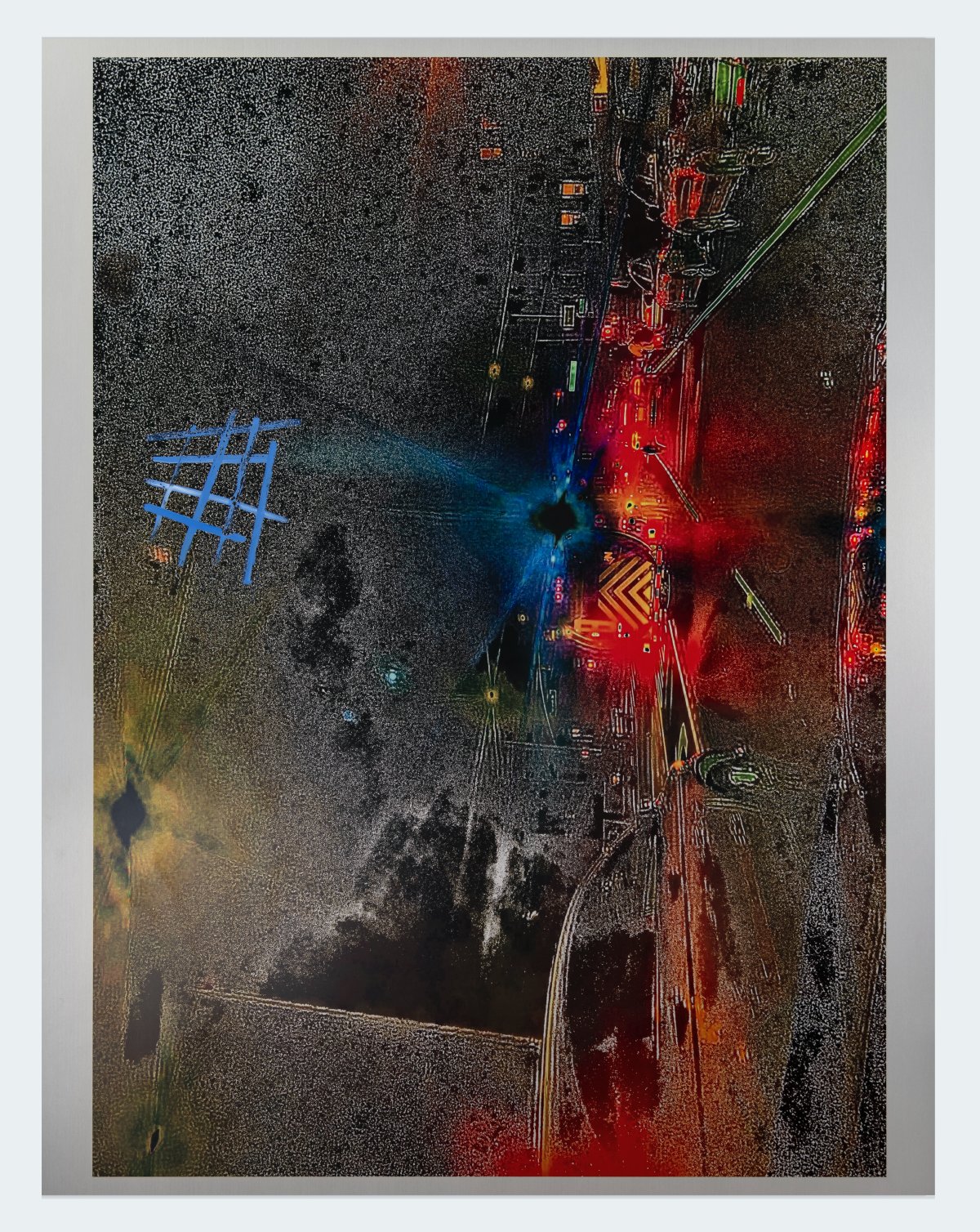 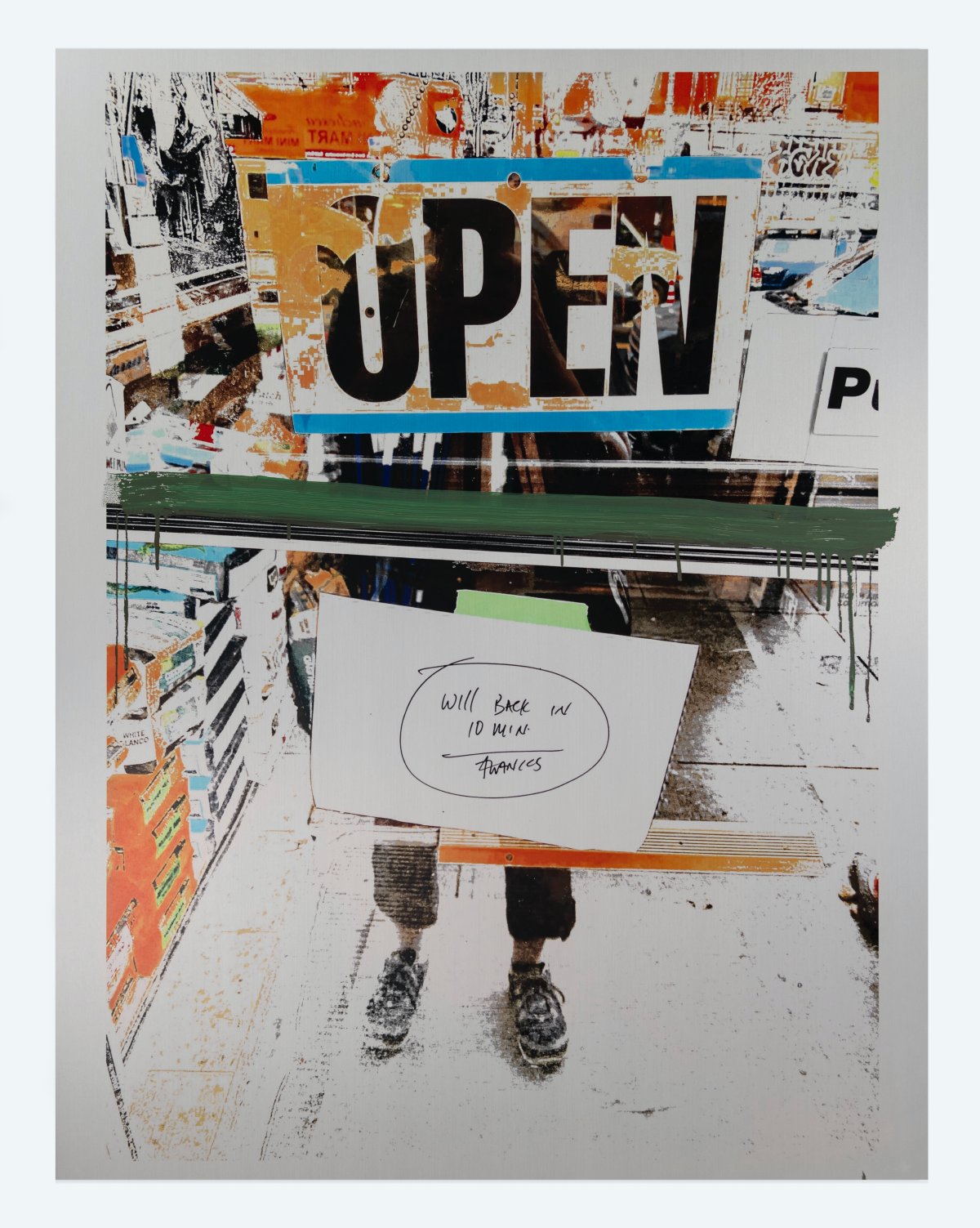 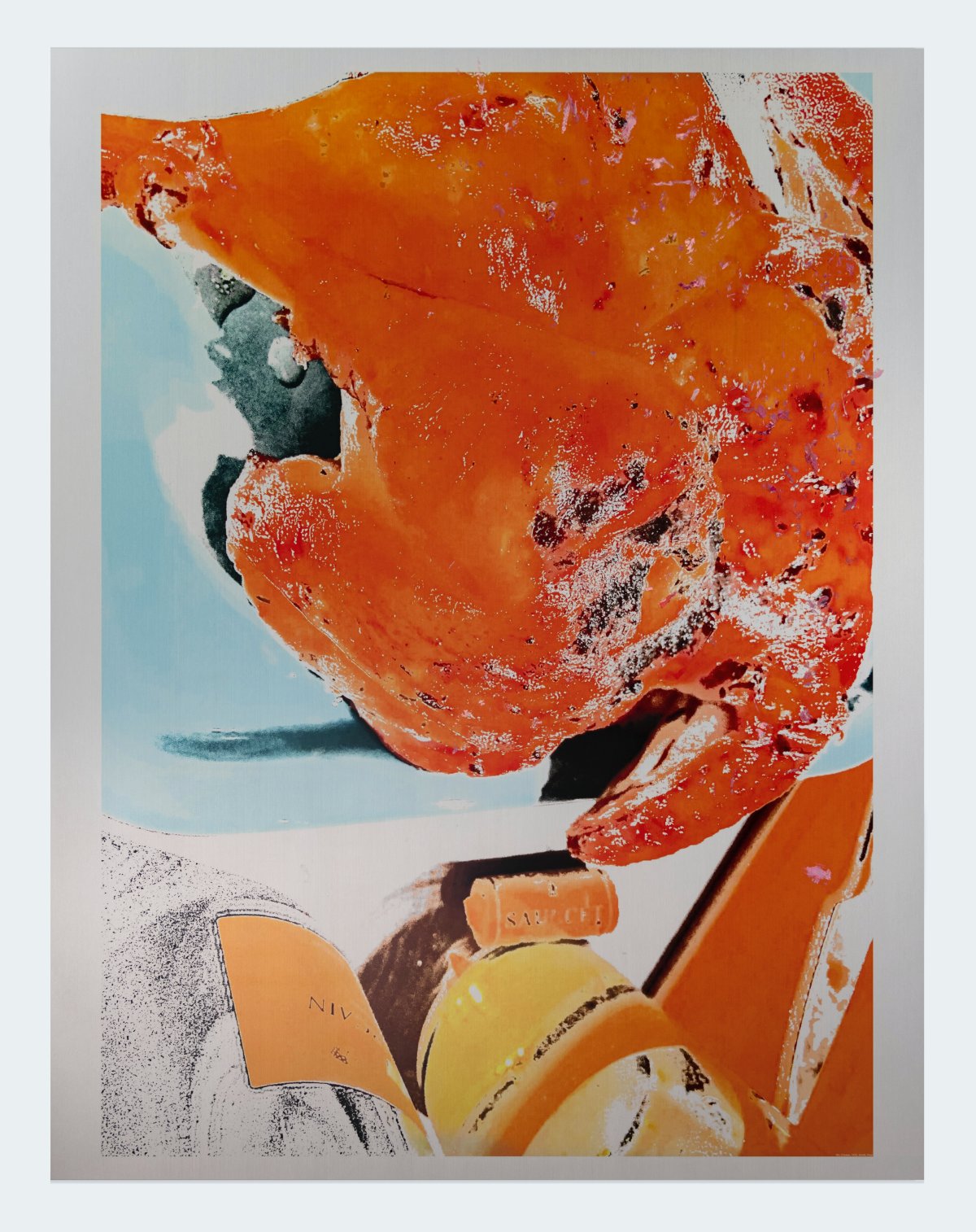 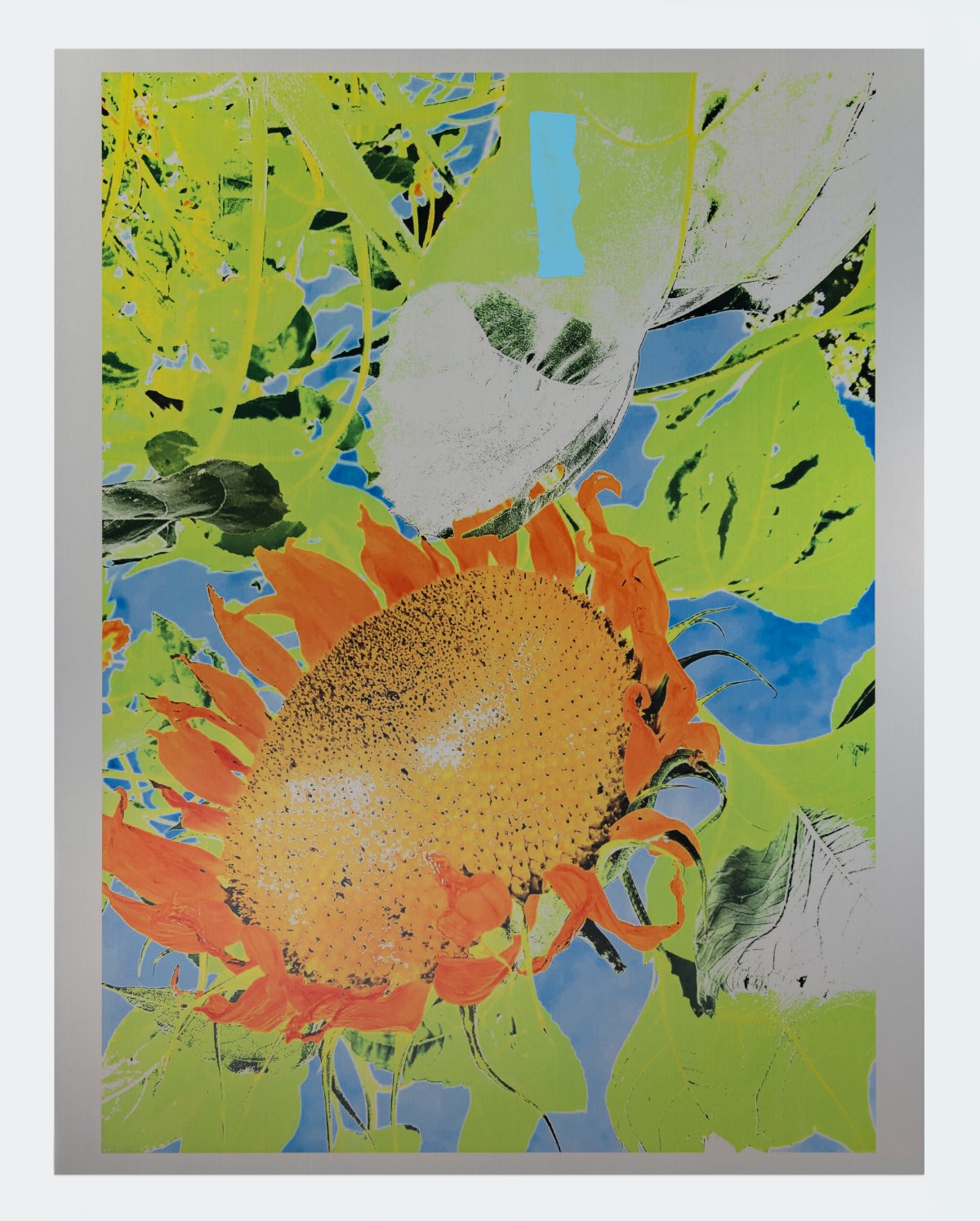 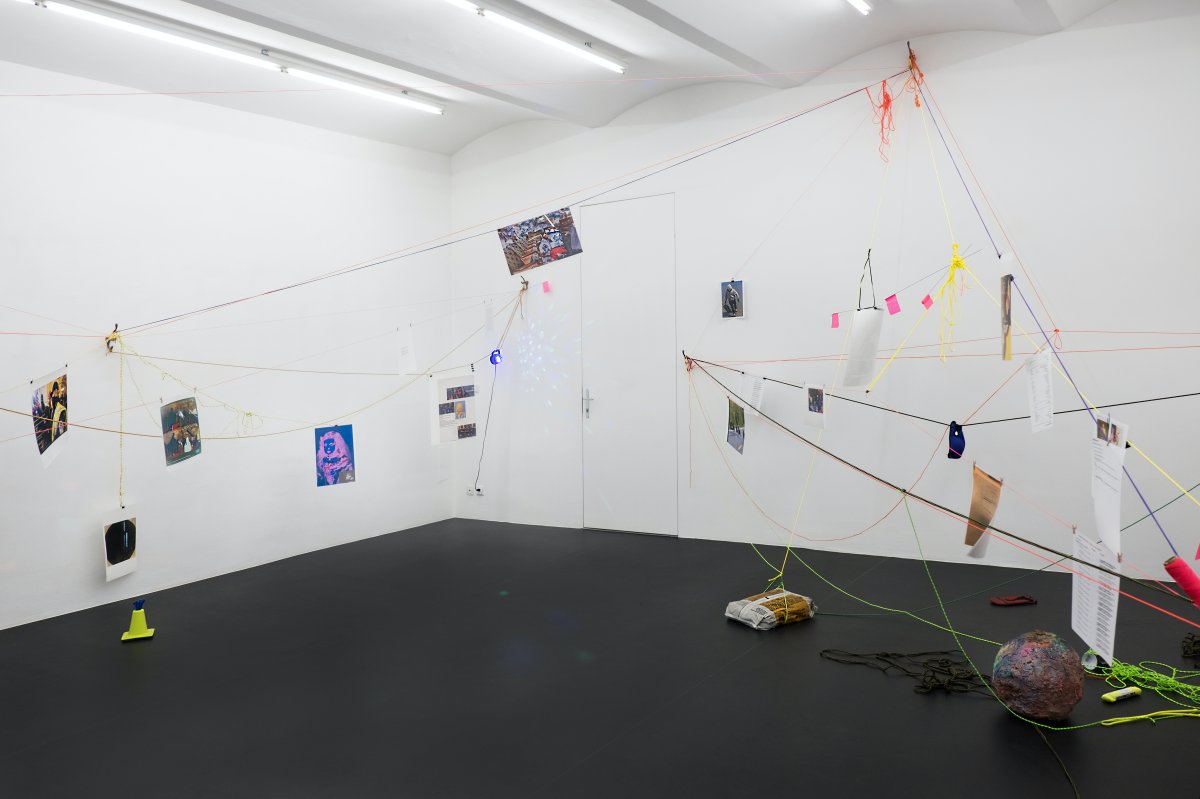 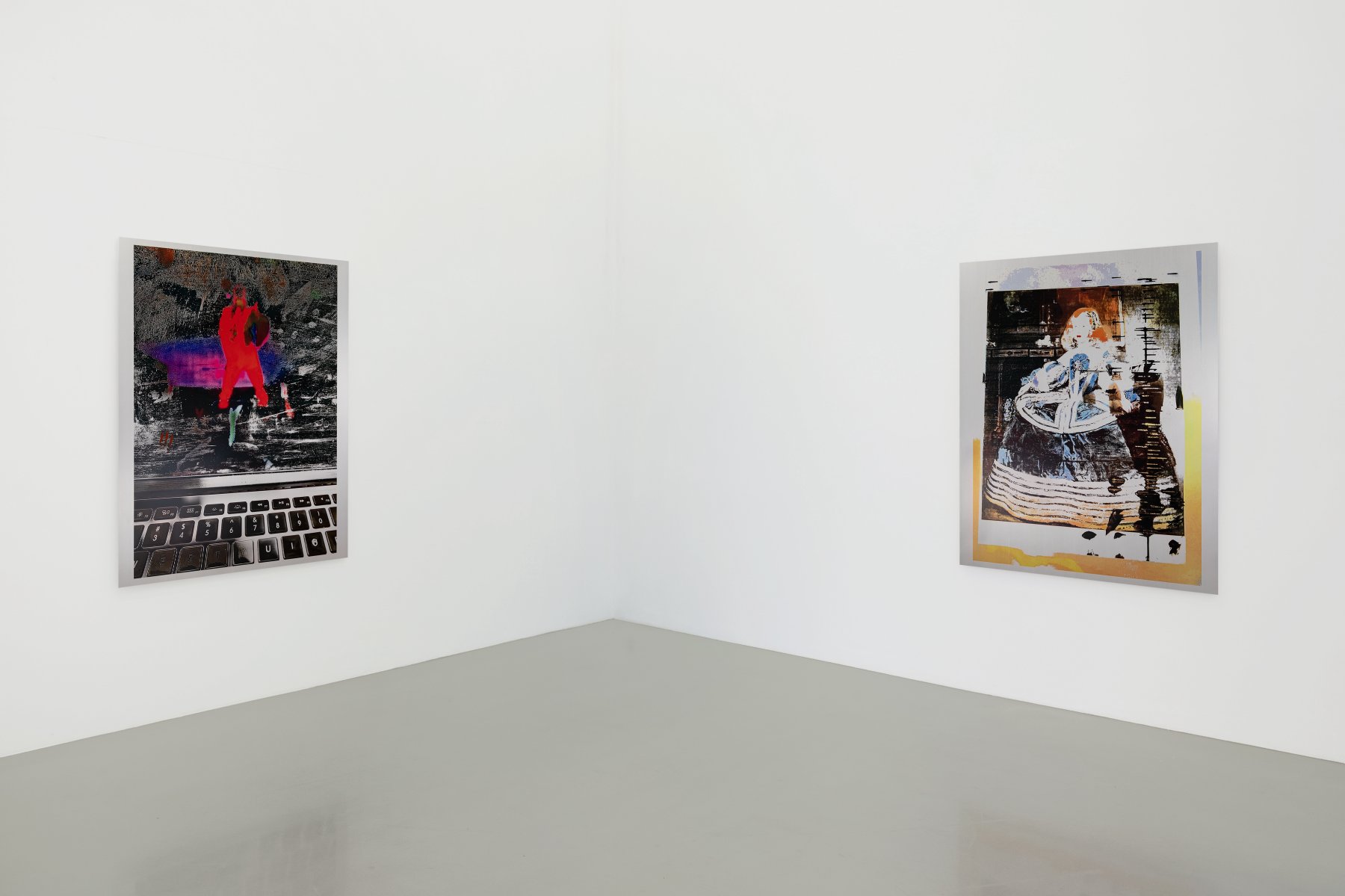 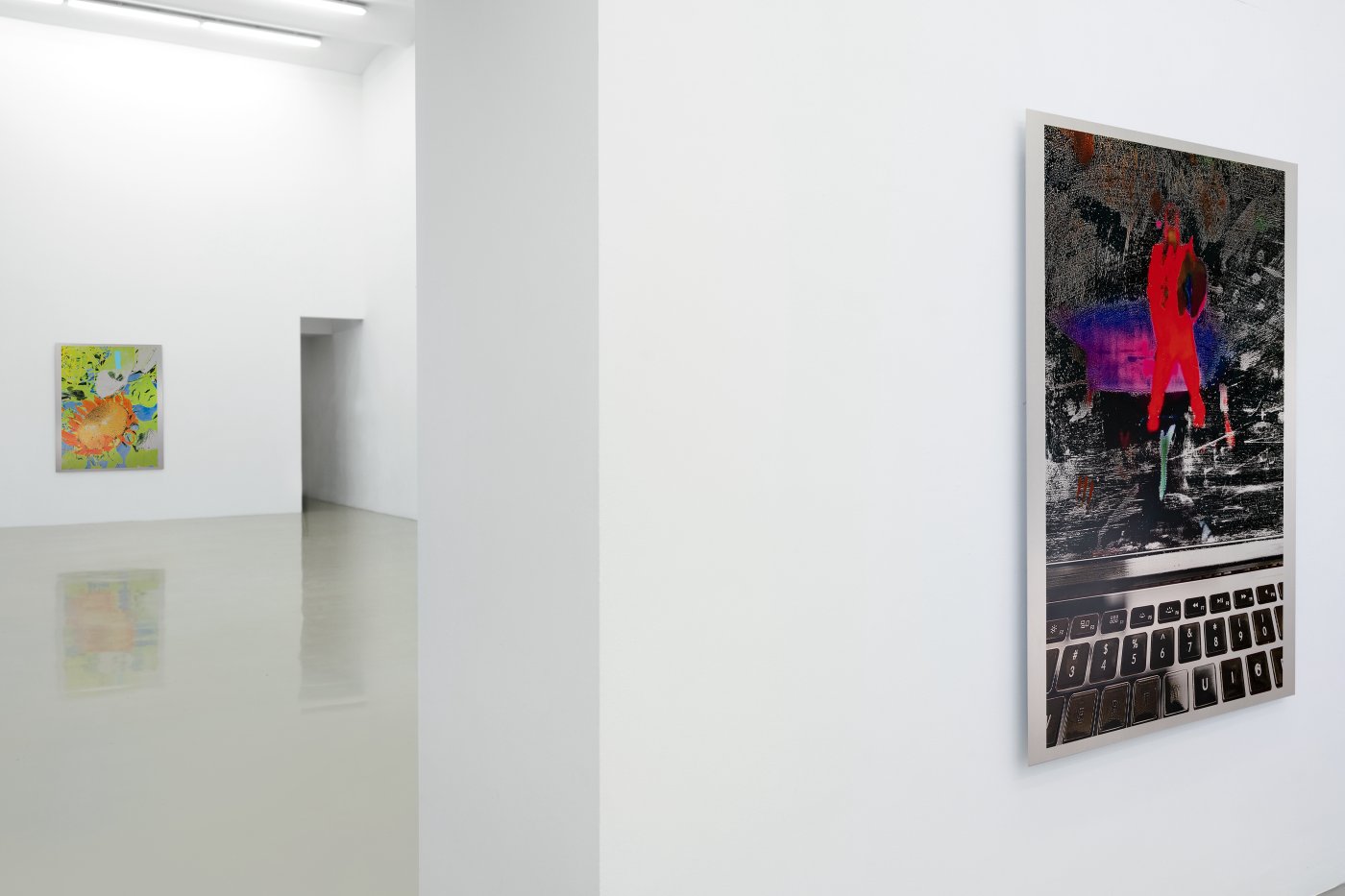 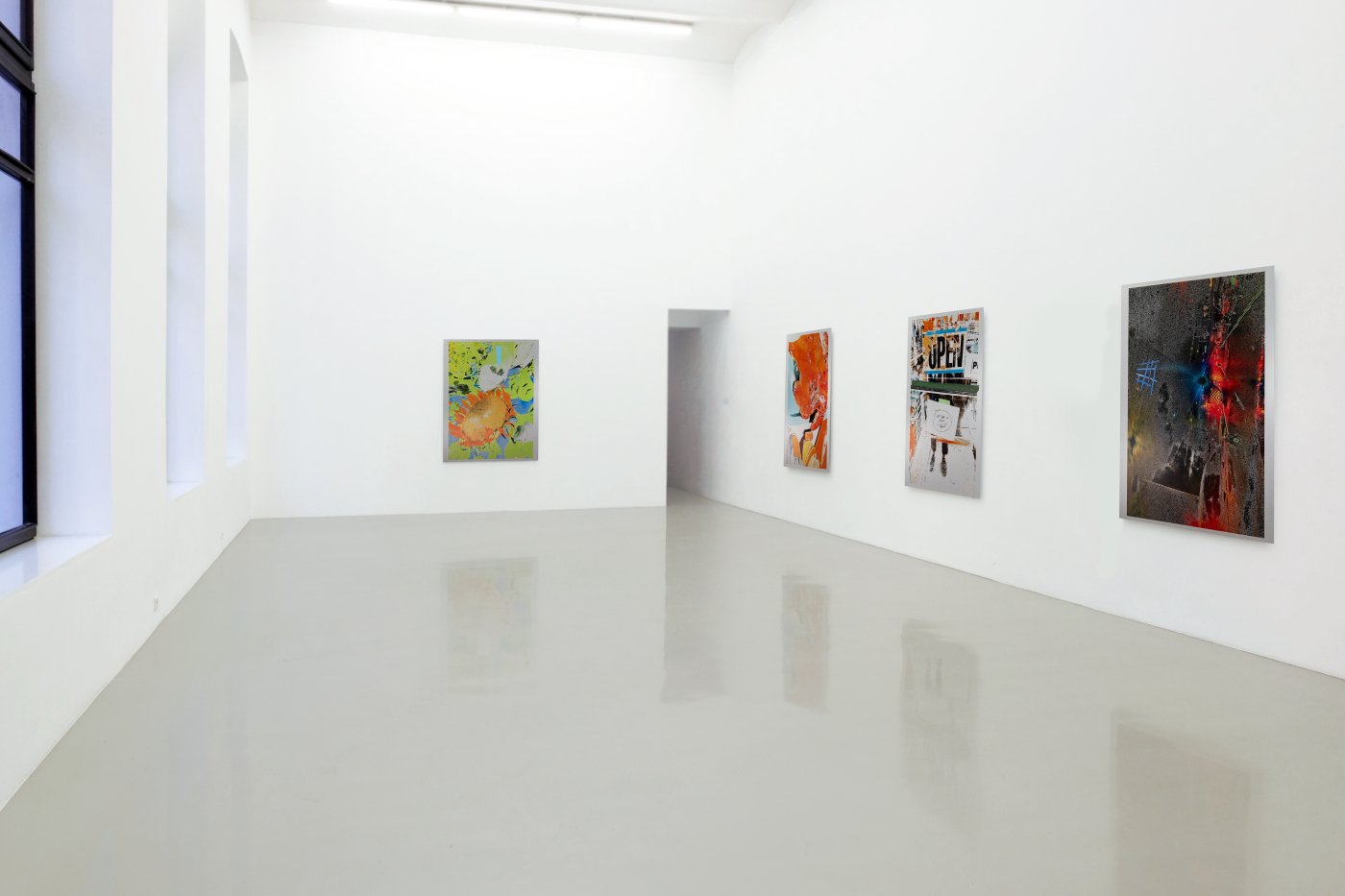 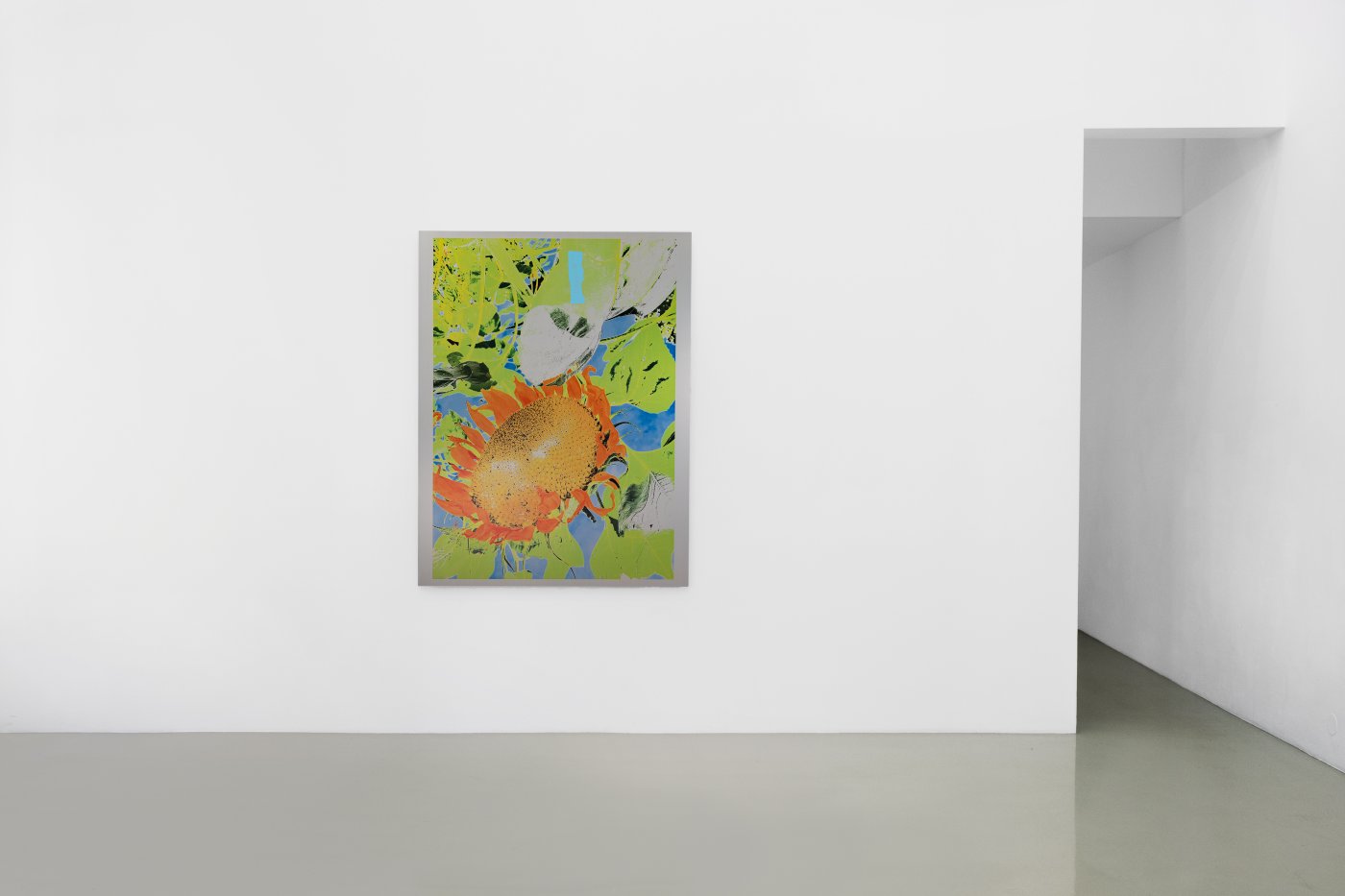 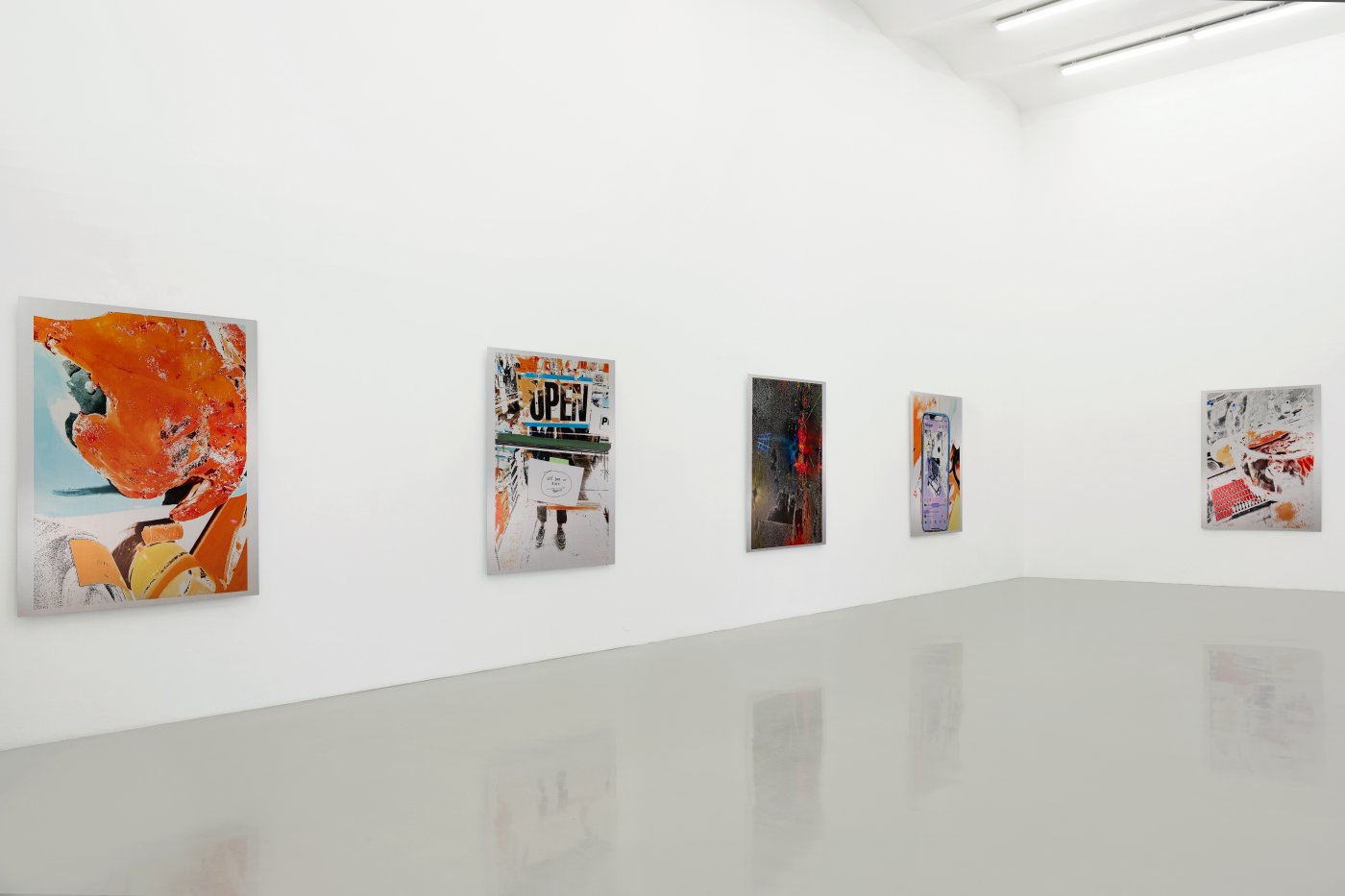 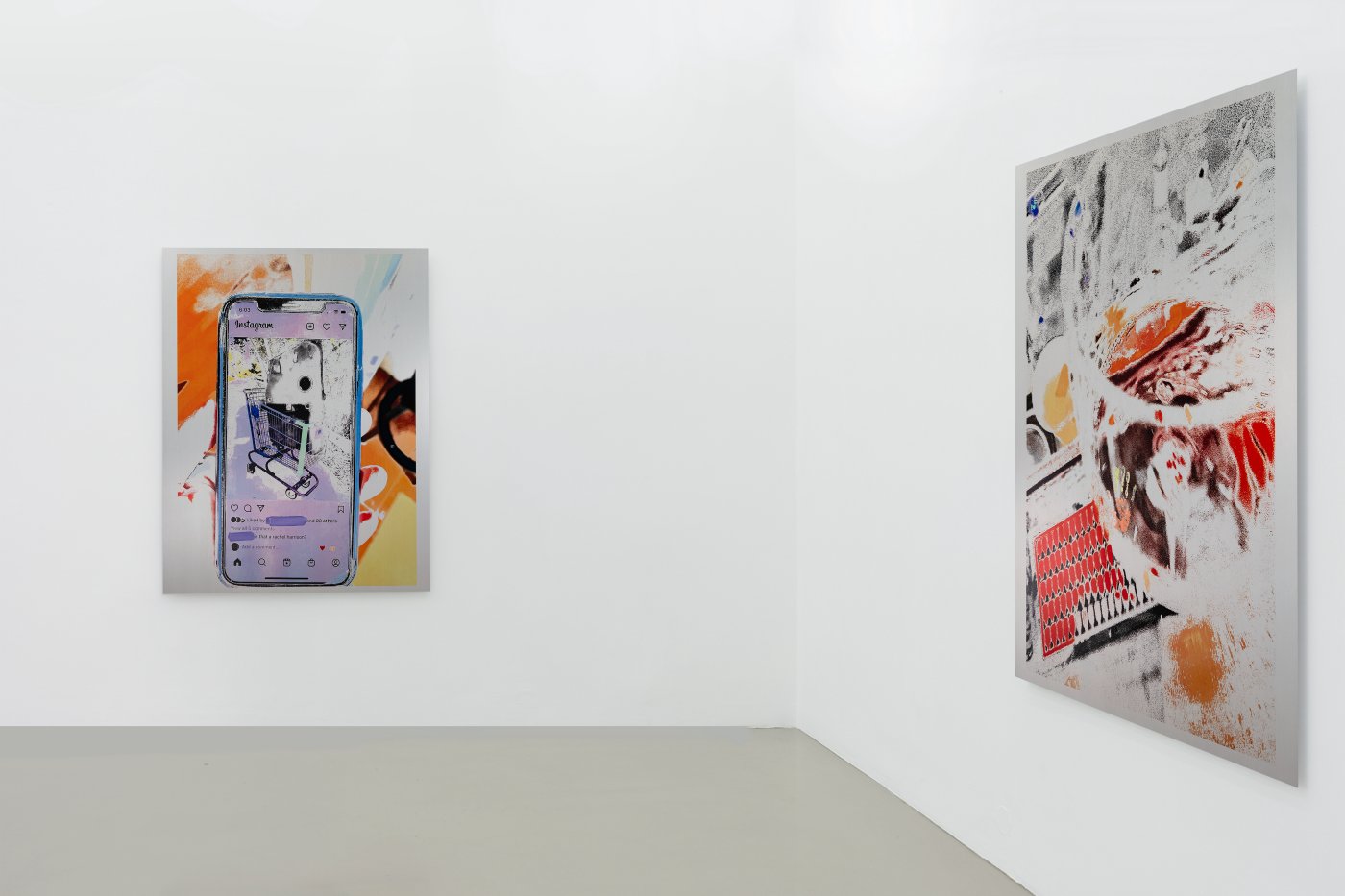 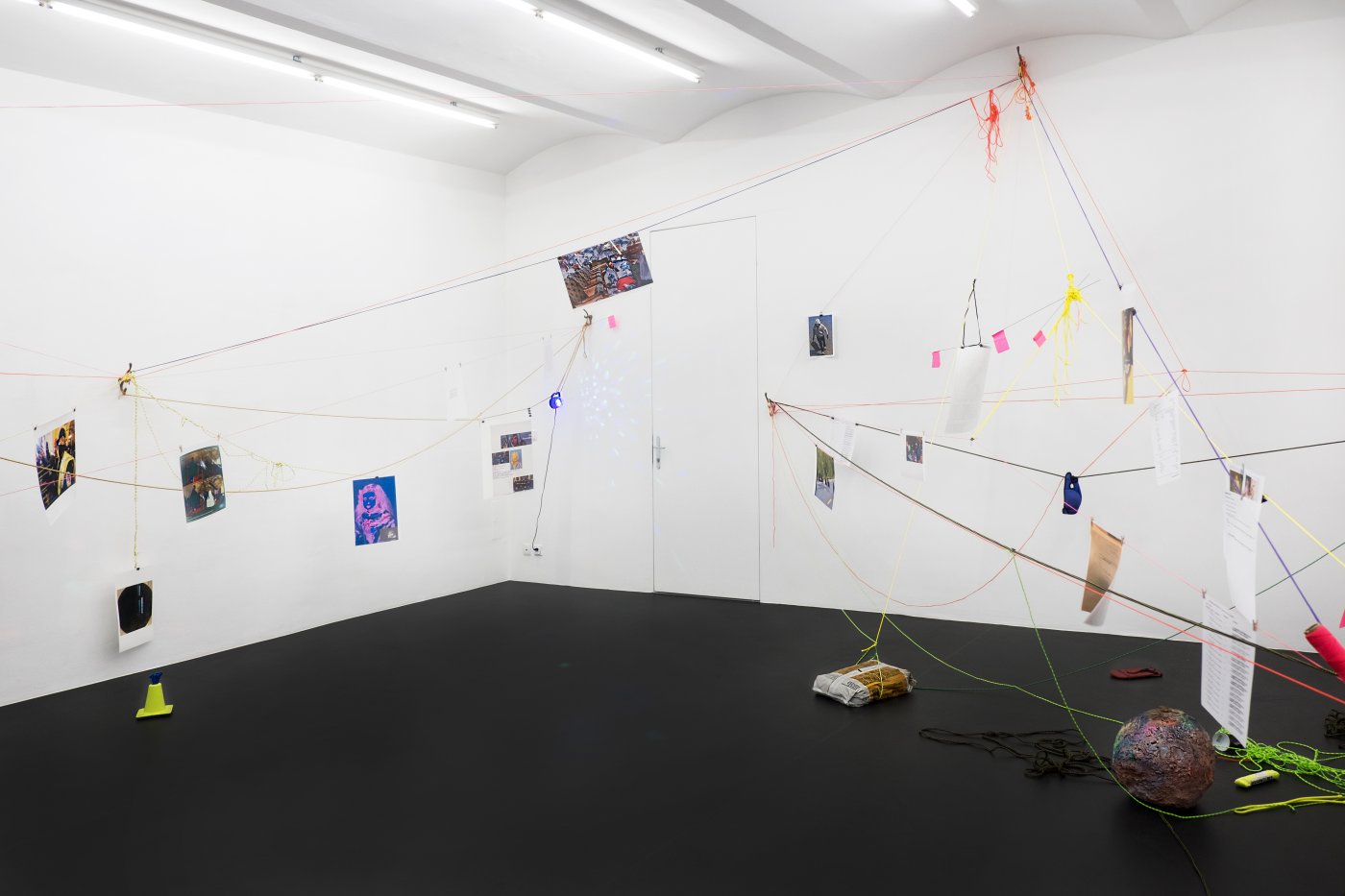 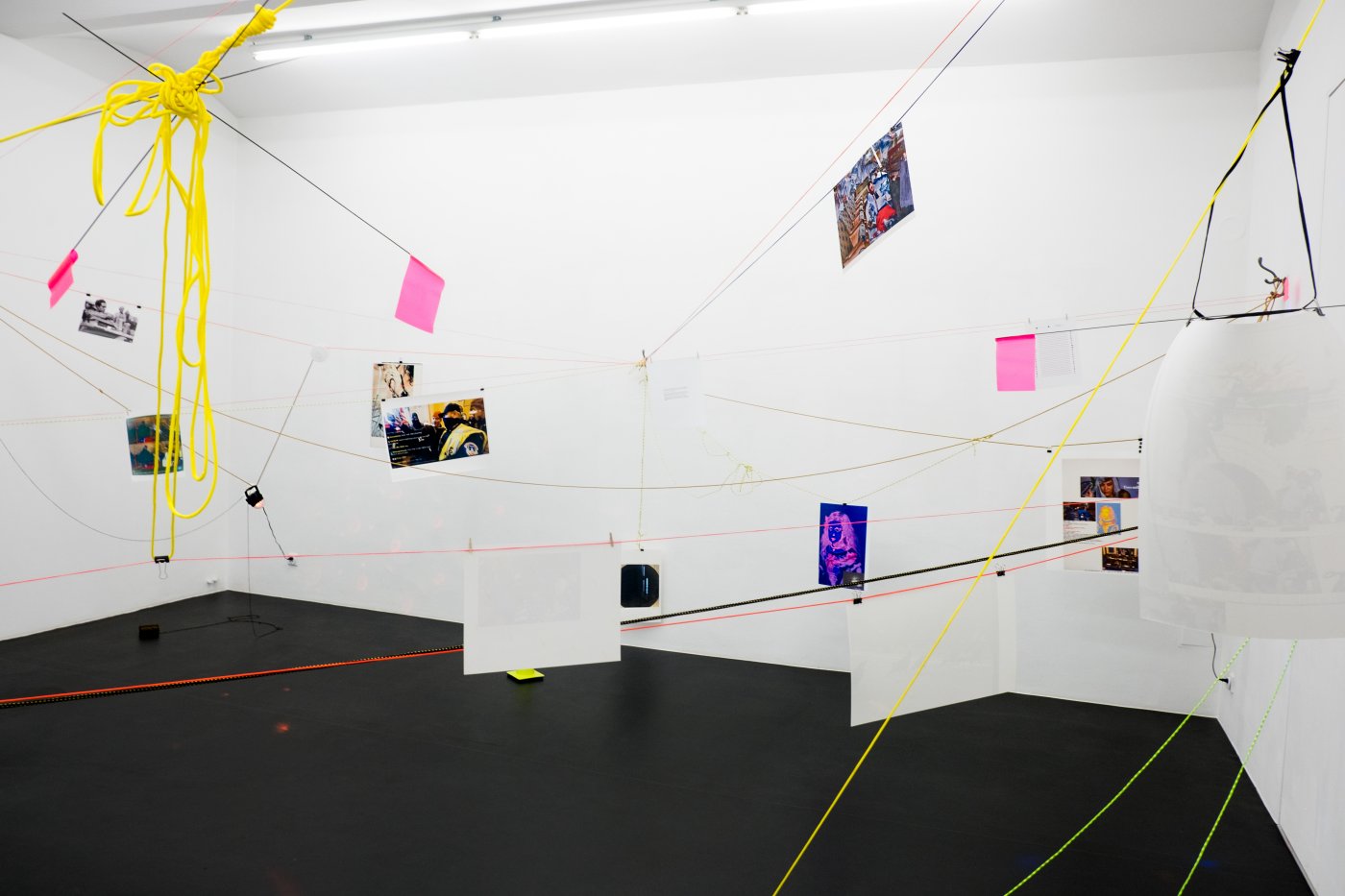 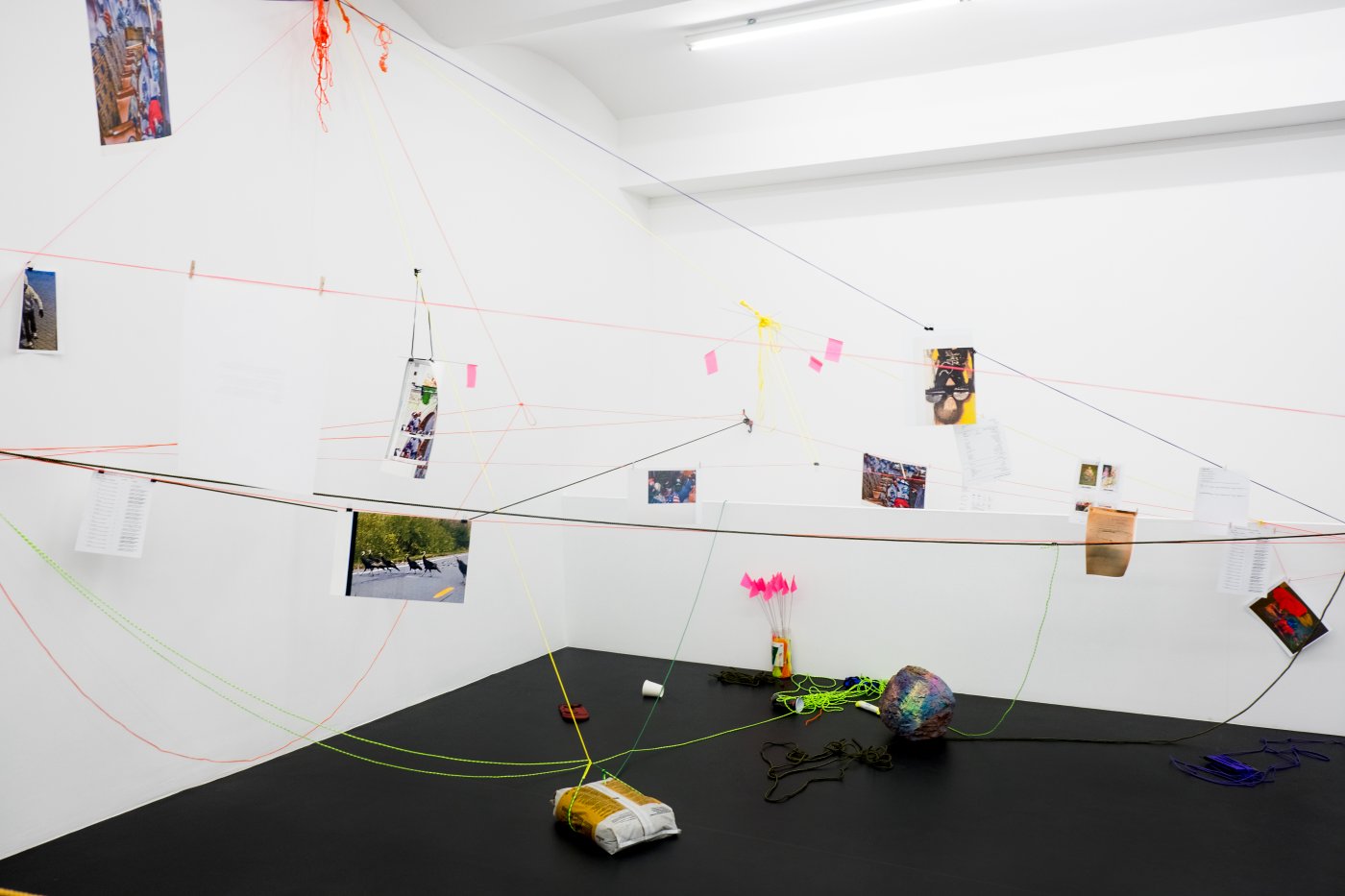 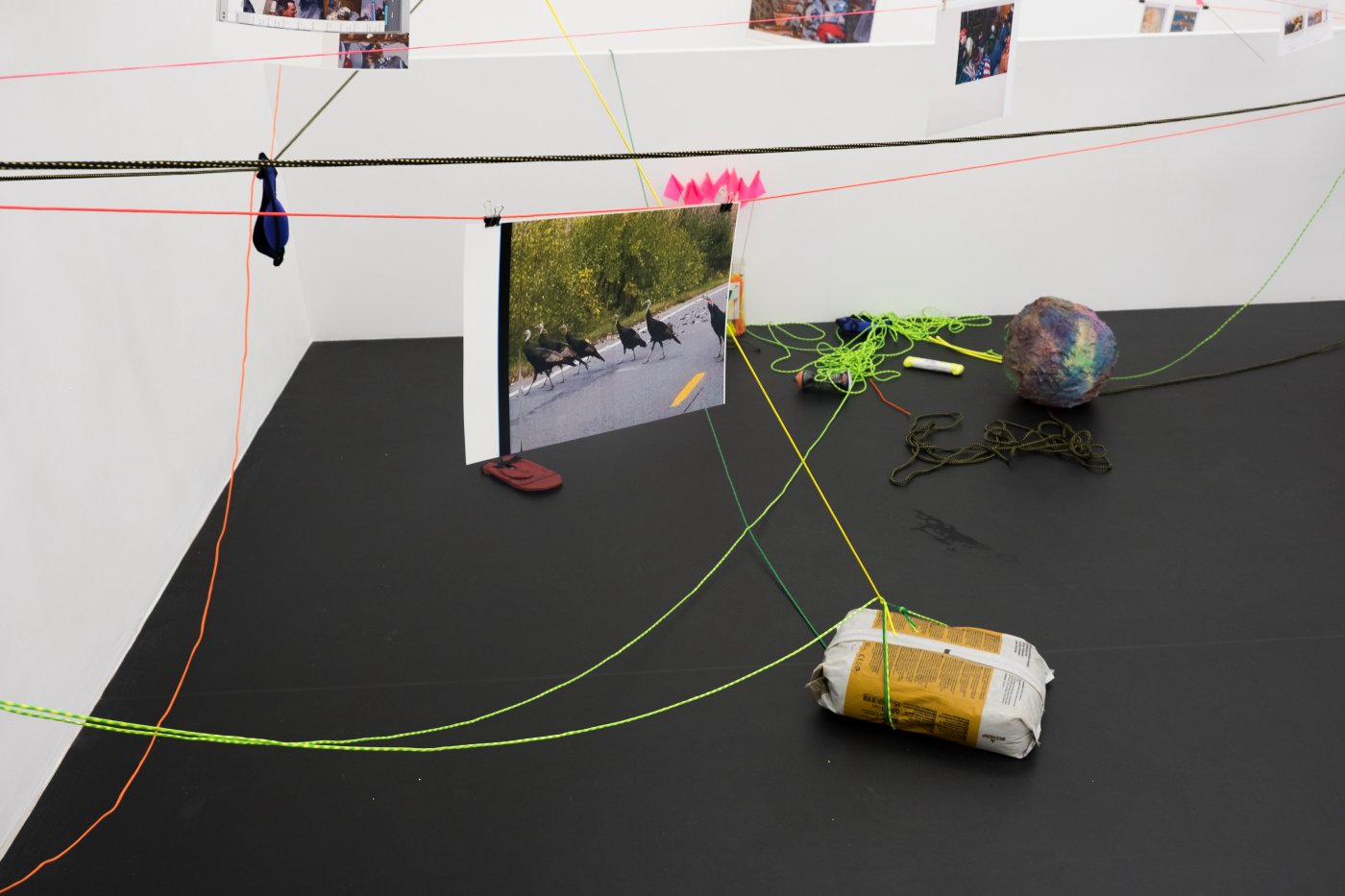 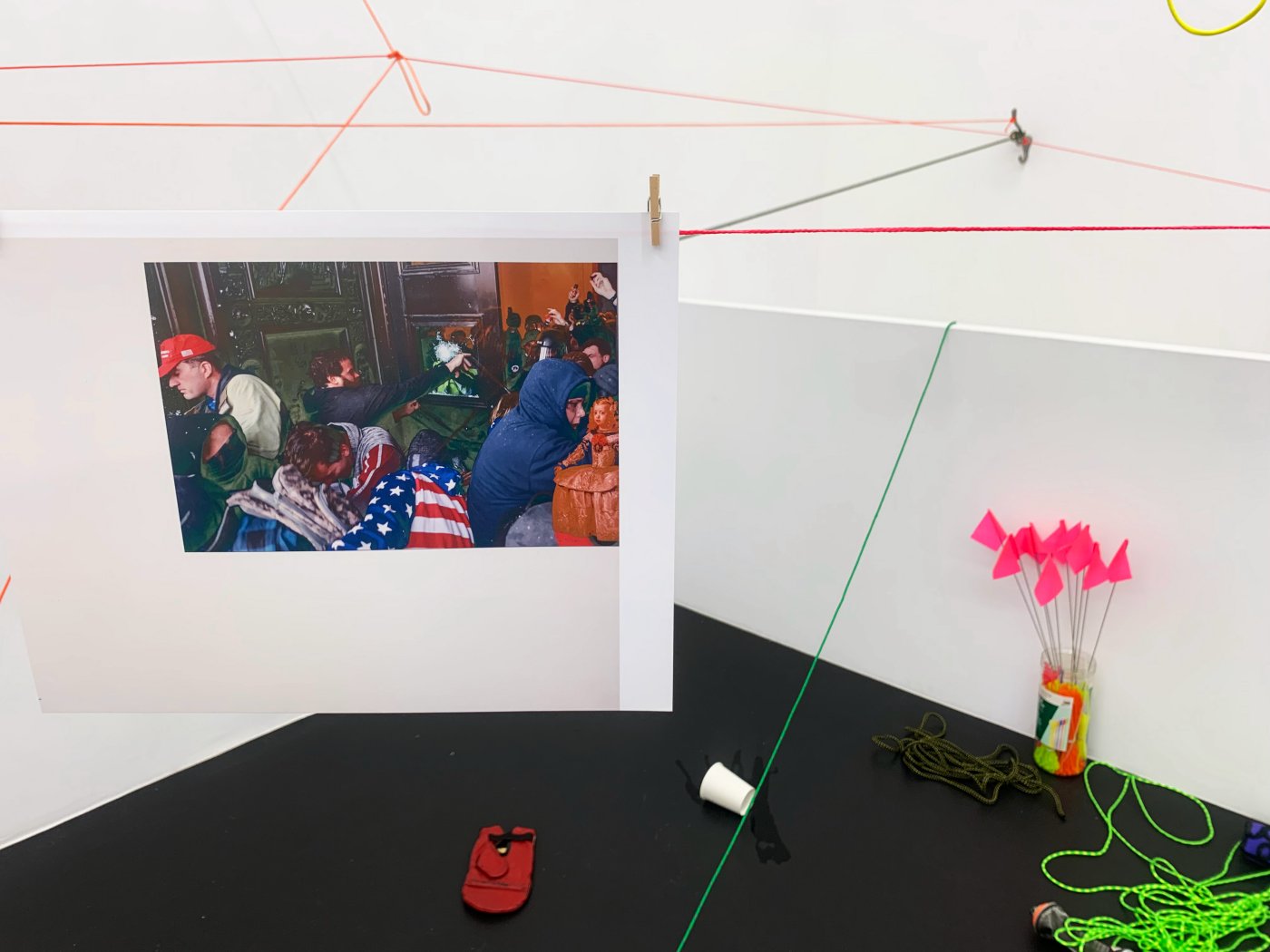 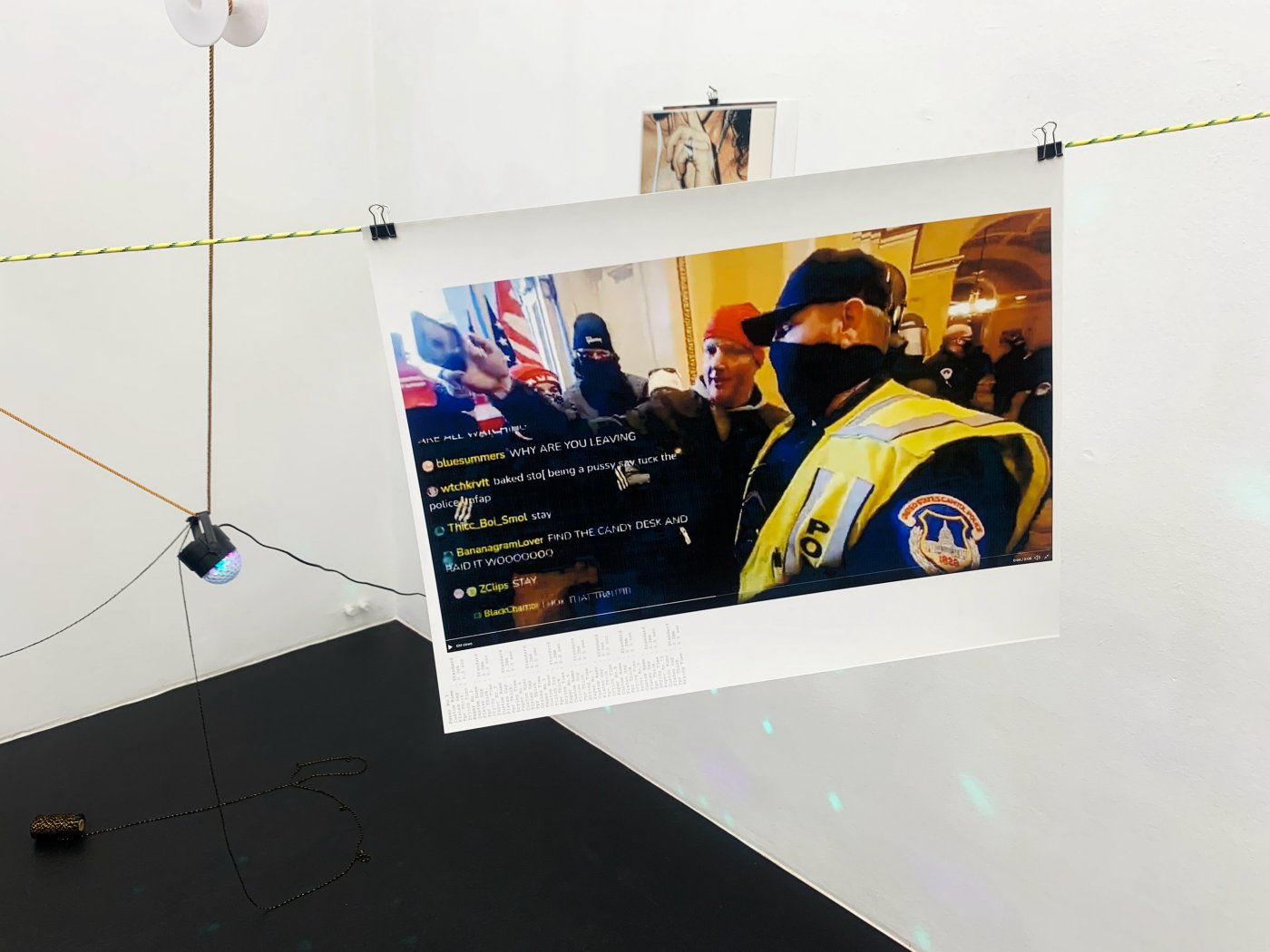 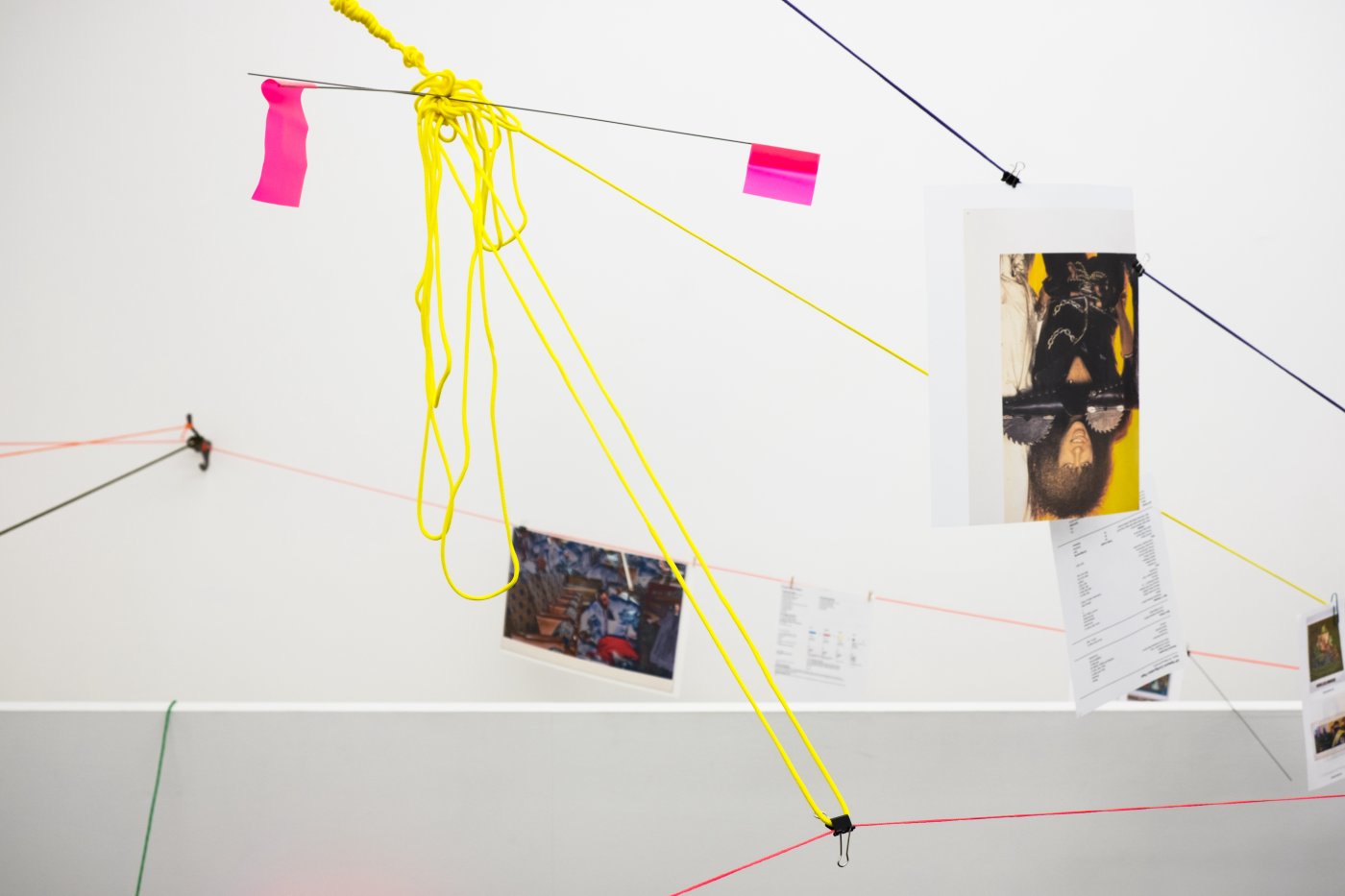 The eight wall-mounted works on view (all 2021) were made using a new process in Harrison’s cross-medial arsenal, conspiring with a piece of consumer-grade technology put to discrepant use. Here a smartphone app for scanning documents is turned instead on everyday scenes, and software optimized to read text on a page struggles with three-dimensional space. The final works retain the idiosyncrasies of a technique beyond the artist’s control—the distorted colors and grainy passages of digital interference the app imposes on what it sees. Designed for the accurate replication of text, in Harrison’s hands the program becomes a means of abstracting the landscapes and still lifes of her surroundings: a trip to the hardware store or a neighborhood restaurant, cooking a meal or driving at night. The works both catalog the world around her and tacitly register how very different it has come to look.

Each Scanner Pro image has been augmented with sparse applications of paint, which rests atop its slick metallic surface with heightened physicality. Palette-knifed swipes, a handprint, and “expressive” drips appear on separate works, painted with deliberate restraint in relation to the image underneath: pinkish daubs resemble the highlights on the glistening skin of Harrison’s Chicken, and lavender swaths partially “redact” the user info in her Add a Comment. Paint is a reassertion of the human presence these works have otherwise ceded to the app. Harrison uses as little as possible—“just enough and nothing more,” she has said—to make these images her own.

One Scanner Pro Painting depicts a studio image of the Infanta Margarita marred by ink trails from a faulty printer; upstairs, she reappears in photos of the U.S. Capitol Rotunda on January 6th, mid-insurrection. Clipped to suspended lengths of rope and parachute cord like the proverbial dirty laundry, these doctored images join sundry objects in a thicket of string titled Hot Topic Framing Device.
Harrison’s device suggests a kind of map or diagram of the paranoid thinking that thrives online: it’s as if the Infanta had secretly led the charge to overturn a national election (trending alongside topics like JFK Jr. surviving his plane crash and plotting to be Trump’s next Vice President). Wild turkeys cross the road, obstacles abound, and democracy hangs by a thread.

Courtesy of the artist and MEYER KAINER, Vienna