“Between maker and material it is a two-way contract. Neither has the upper hand entirely.” 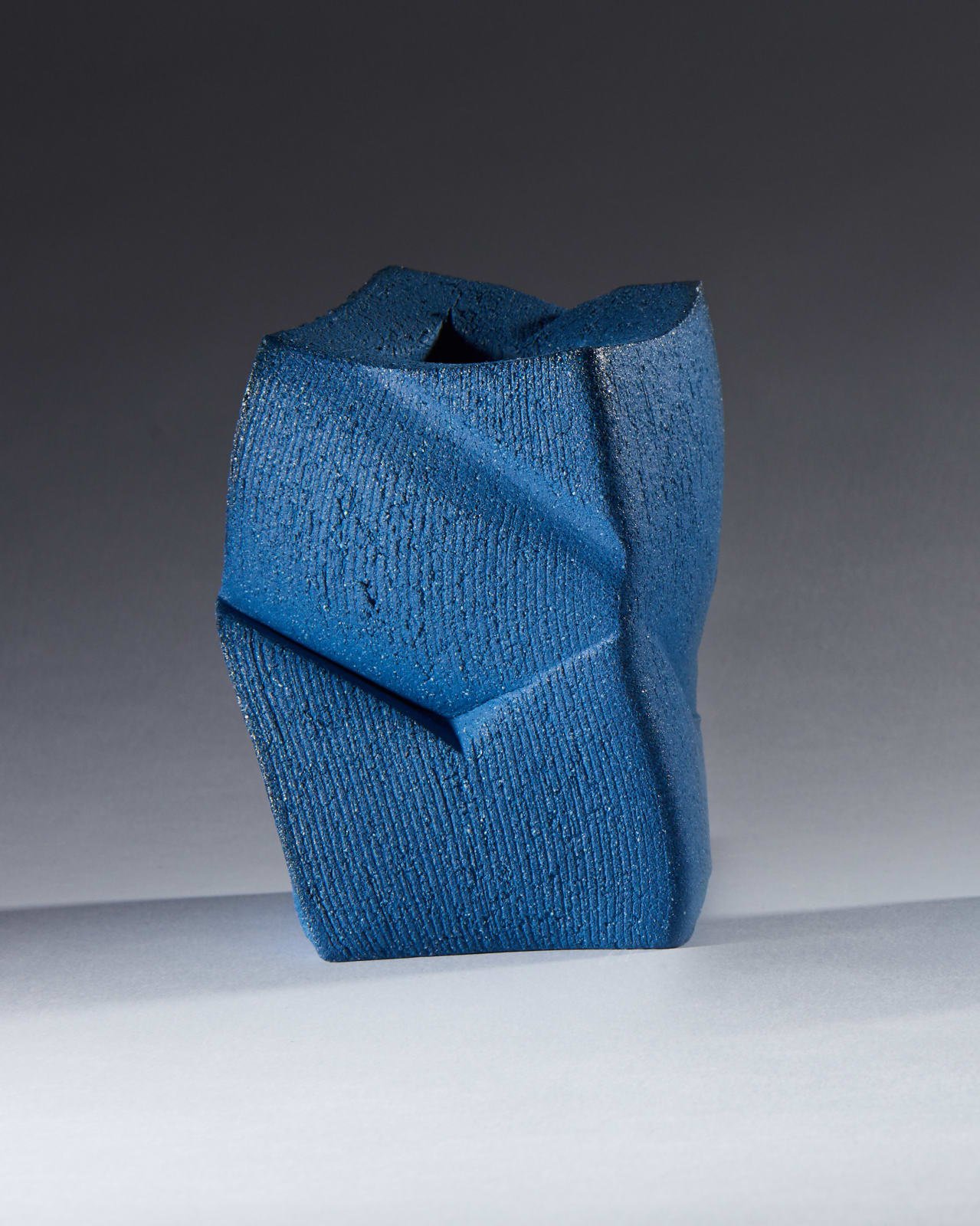 Working as both an interior designer and a ceramic sculptor, Grimshaw often finds that her forms allude to the built environment, incorporating principles of proportion, balance and a visual ‘rightness’ that are equally essential architectural concepts.

Approaching her work without a fixed idea of the outcome – “it never does to impose one’s will on the material” – Grimshaw favours a looser approach to making, one that allows the clay to “go its own way” during the creative process. As a Quaker, Grimshaw also embraces the contemplative aspect of making, often finding the forms that emerge are linked to visual memories “deeply buried, [surfacing] unexpectedly.”

Before hand building her forms in both solid Parian porcelain and heavily grogged stoneware, Grimshaw adds body stains and oxides to ensure the colour goes all the way through the material: “some in muted tones, others humming with intensity.” These shapes appear different from every angle; indeed, they may metamorphose with a change of light.

Often grouped together, Grimshaw’s forms are intimately related to one another: “When placed in pairs or in groups, the negative and positive shapes can both push against and echo one another, creating a sense of movement and energy. The spaces between are as crucial as the forms themselves.”

Based in her hometown of Wigan in the North of England, Rachel Grimshaw has exhibited widely in the UK and abroad. Her work is in several private and international collections, including Mino, Japan and the Foundation for Contemporary Ceramic Arts in Hungary. She is a Member of the Craft Potters Association.