Annely Juda Fine Art presents an exhibition of work by Prunella Clough (1919 – 1999) and Alan Reynolds (1926 – 2014). The show brings together two of the most important players in twentieth-century British painting, exploring between them, figuration, abstraction, cubism, ‘concrete’ art, and collage. 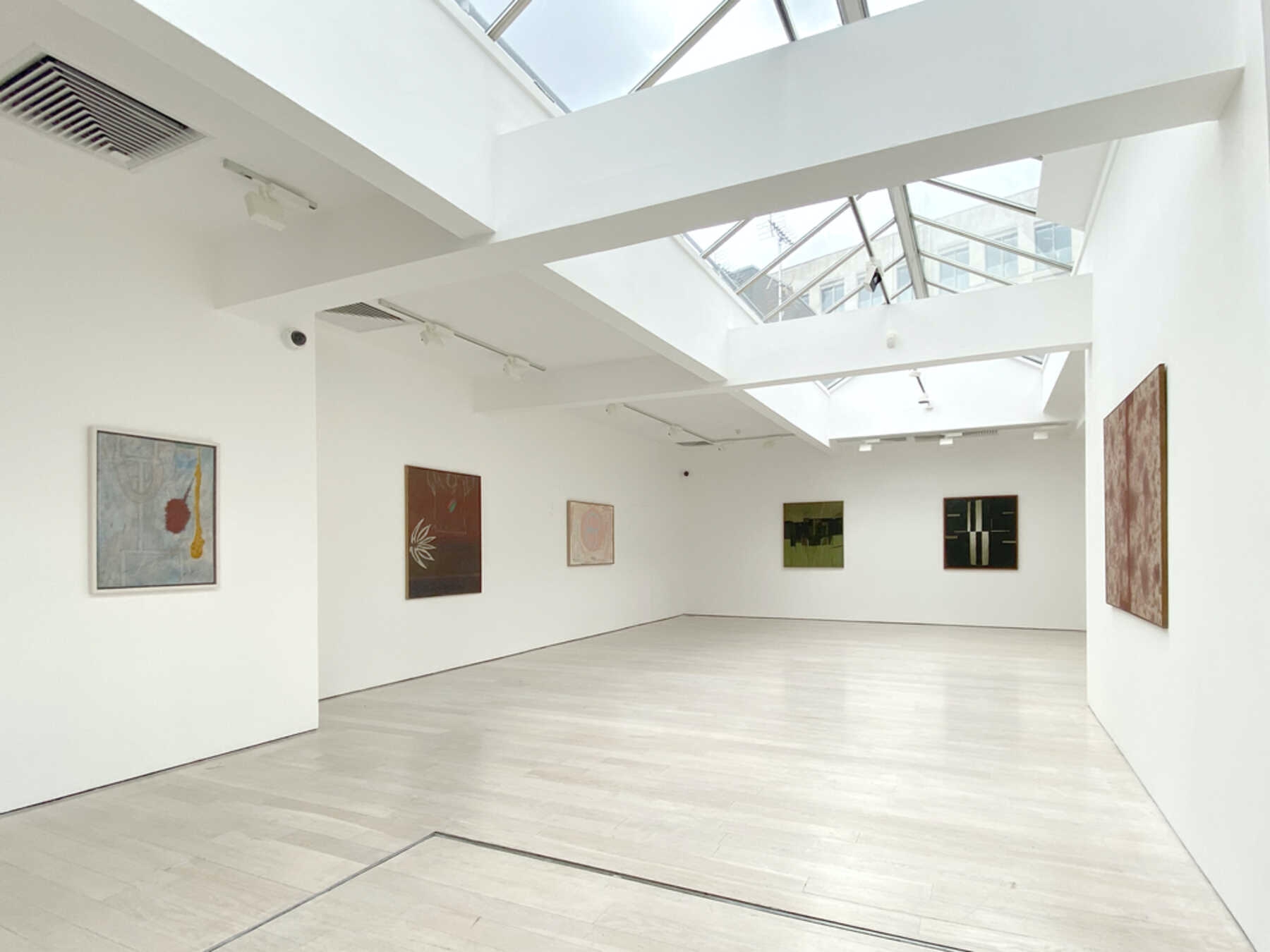 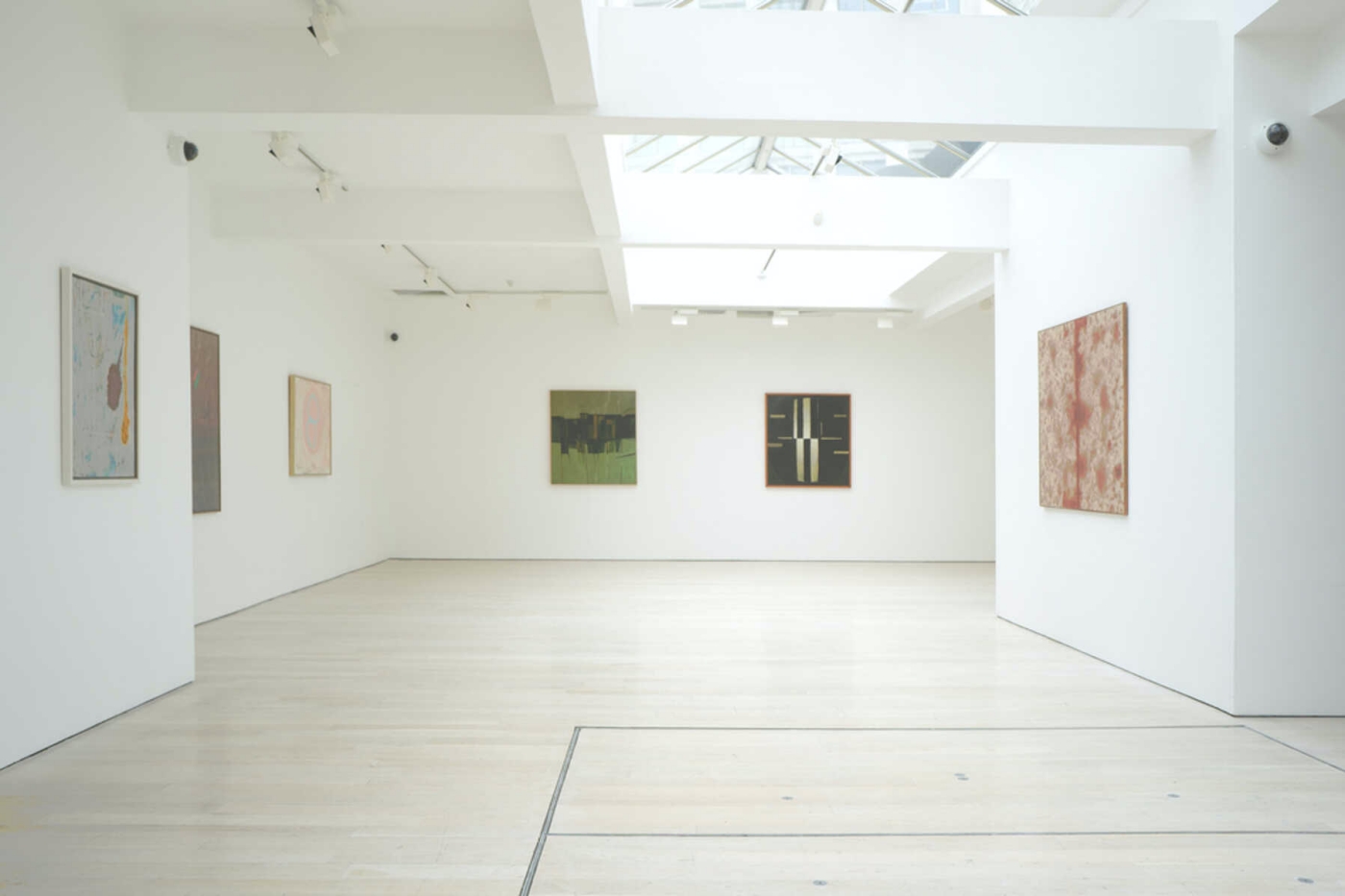 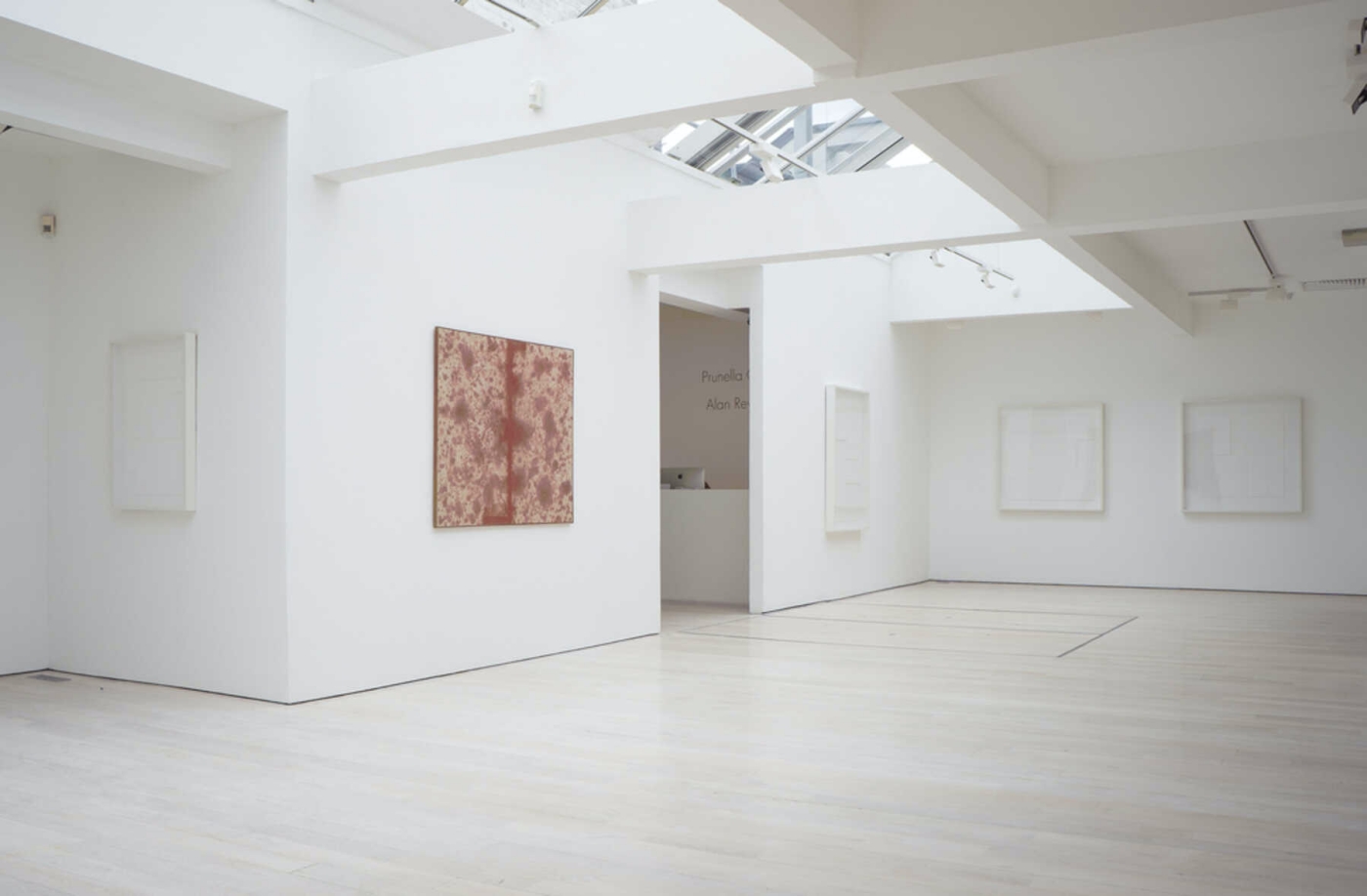 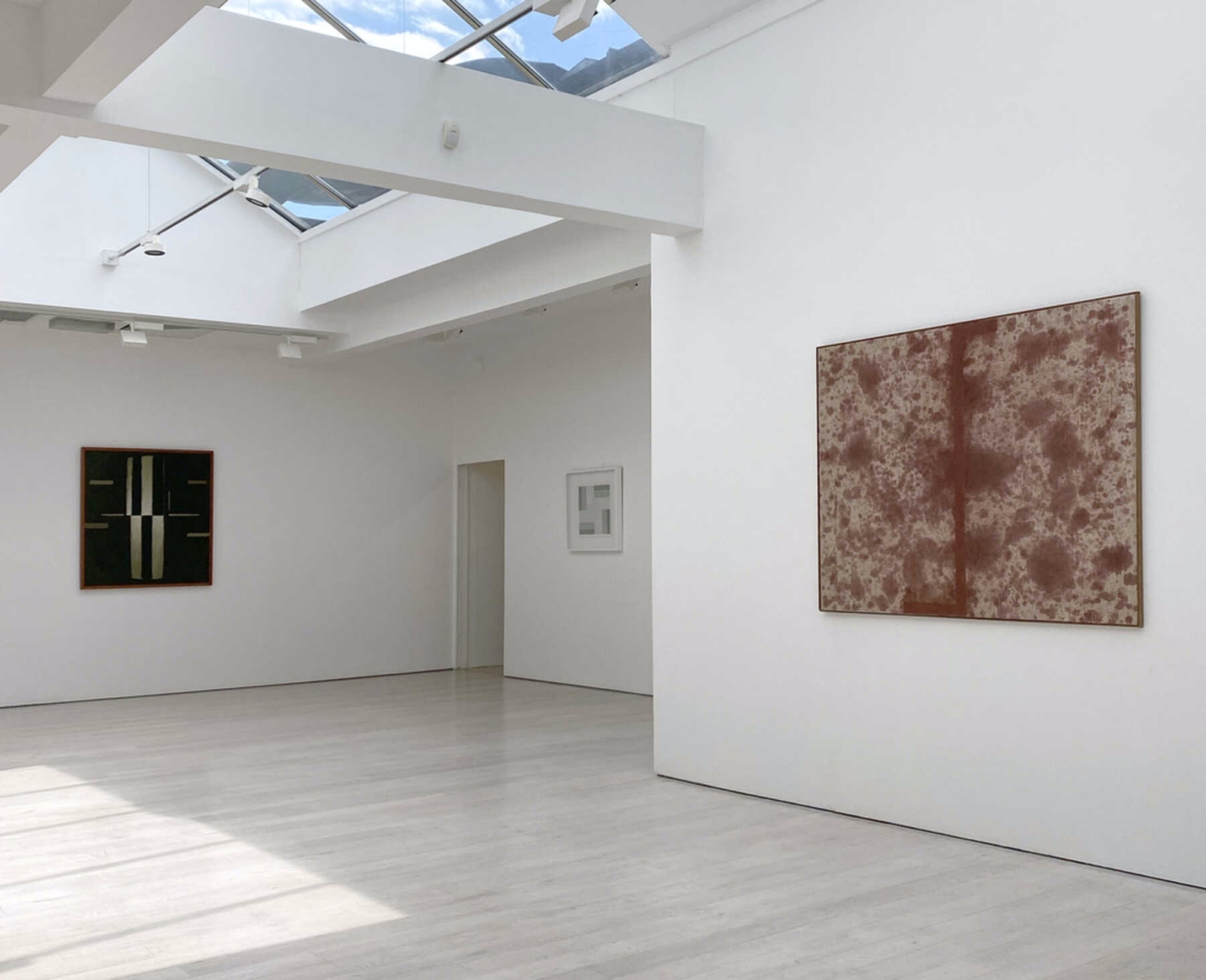 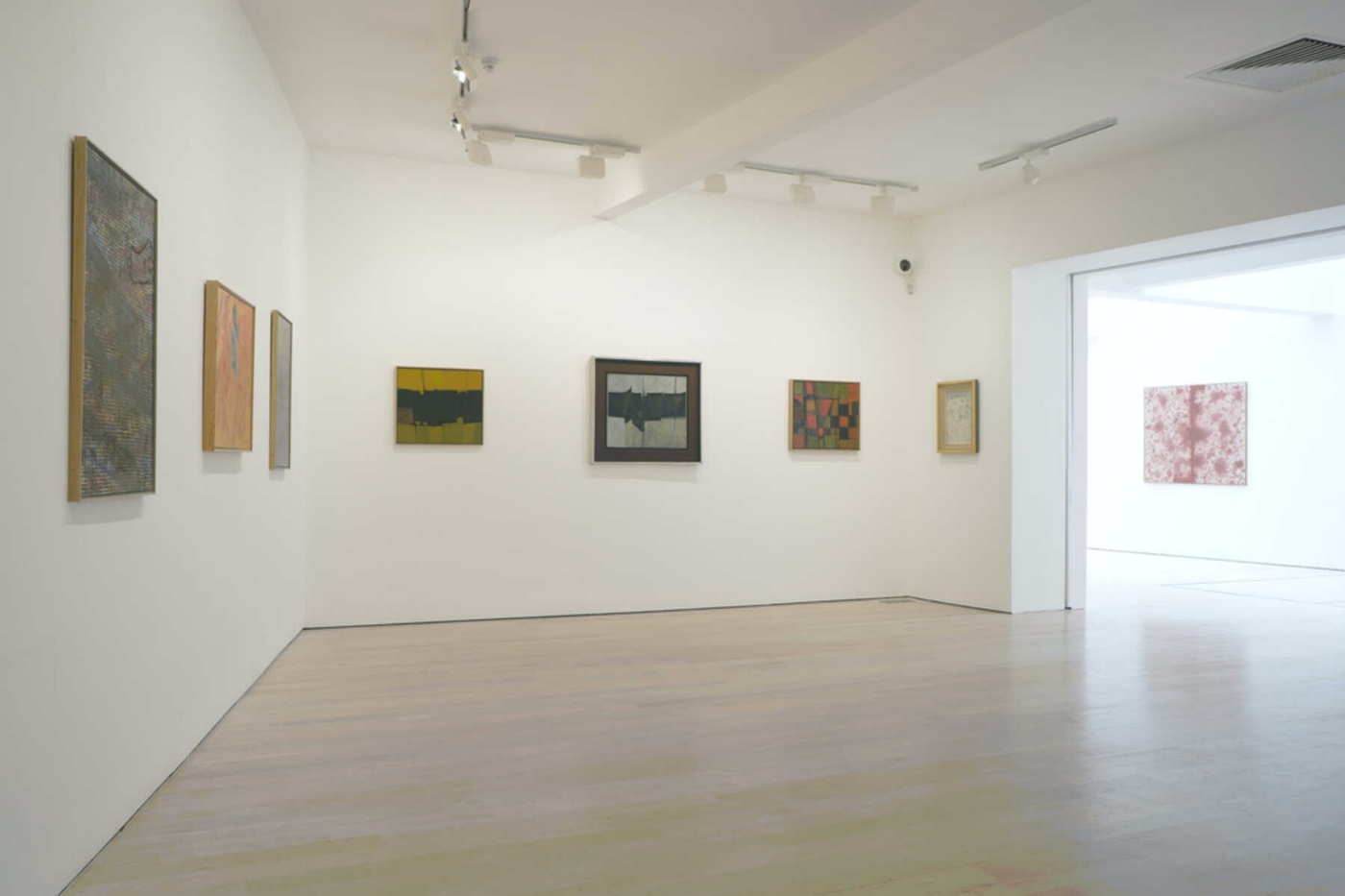 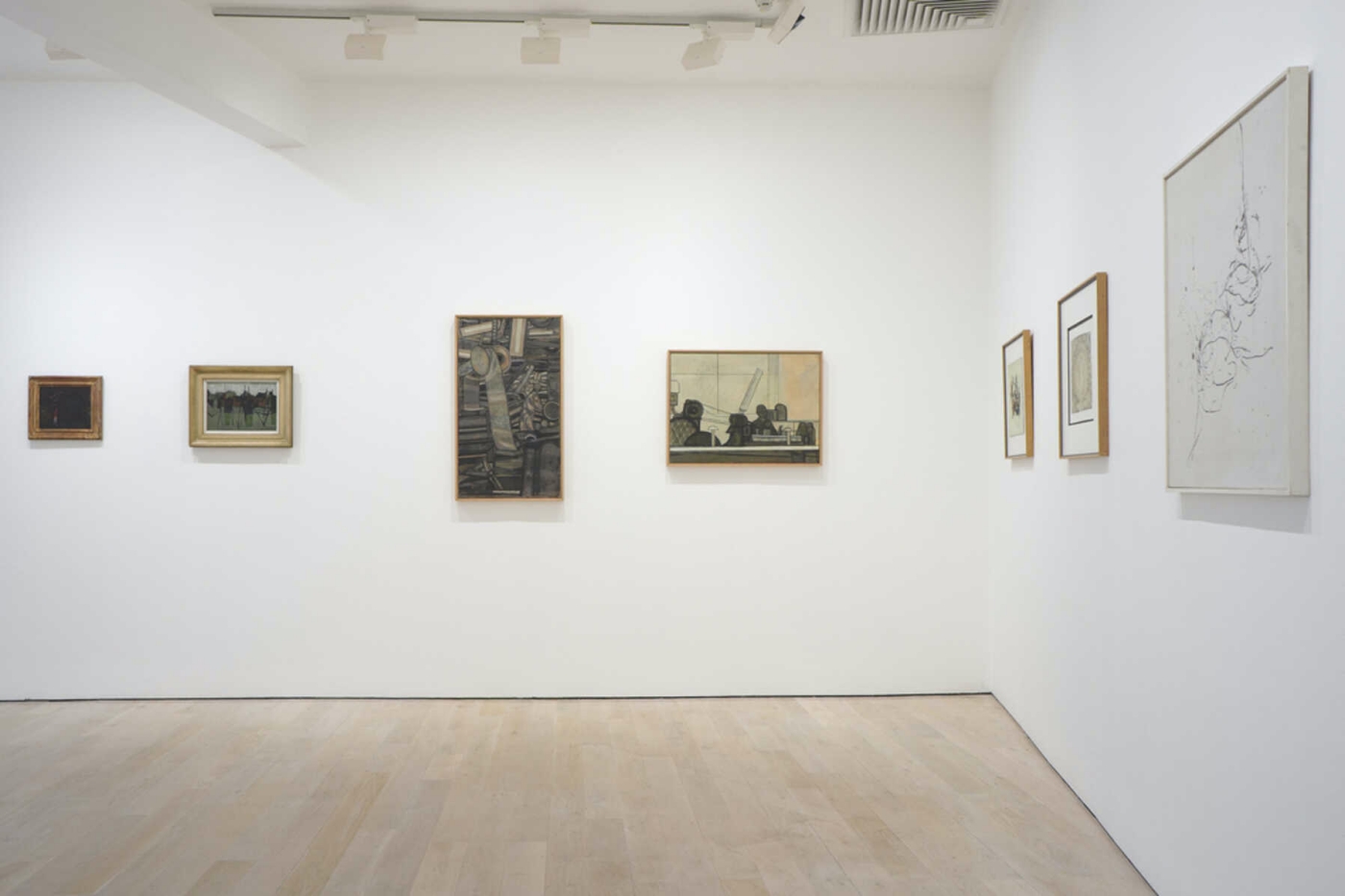 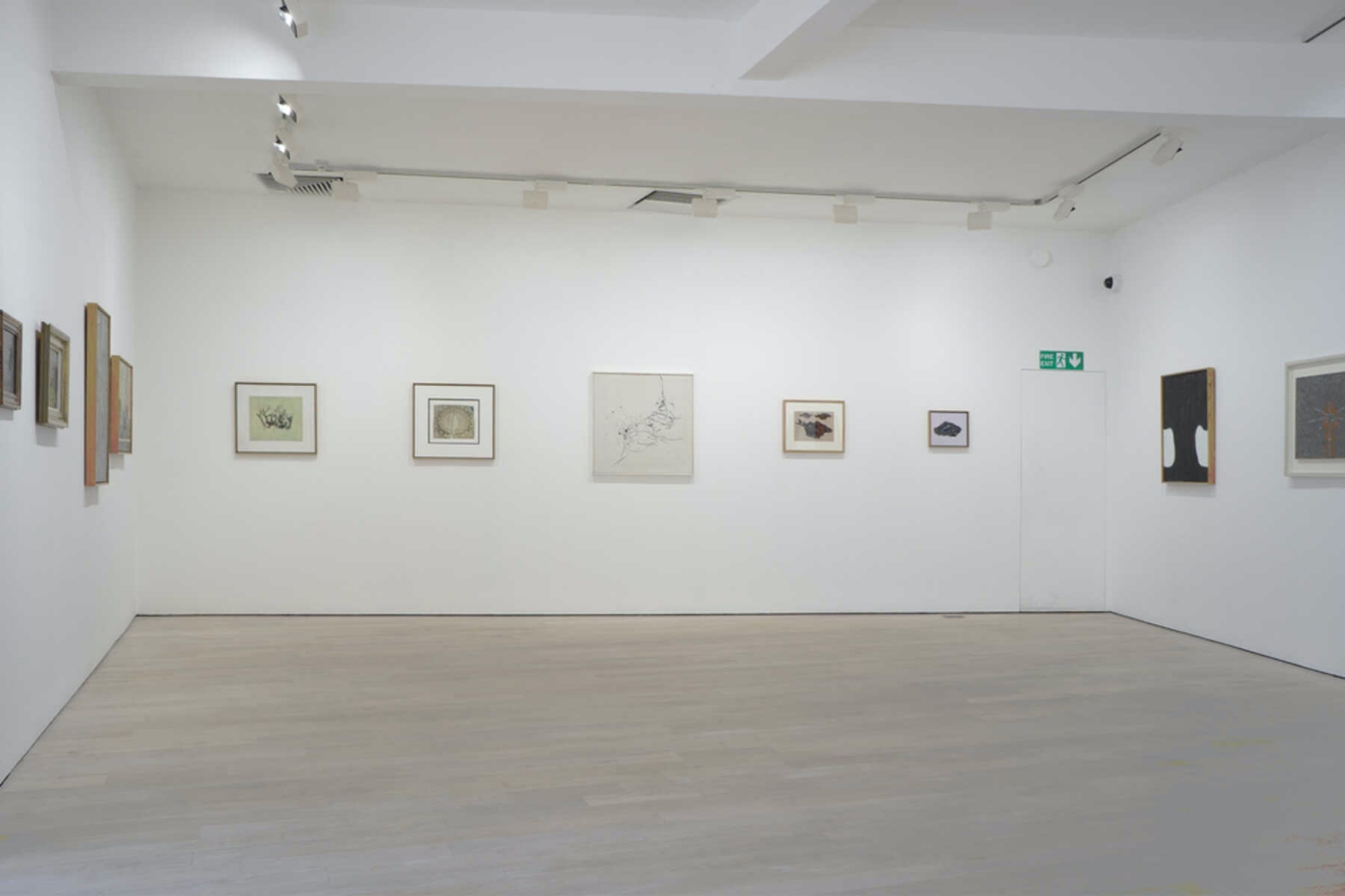 Prunella Clough is widely regarded as one of the most singular and significant British artists of the modern post-war period. Clough found her subjects by touring London’s industrial wastelands and bombsites – docks, power stations, factories and scrapyards – creating gritty, urban images. Her work – comprising paintings, collages, drawings, reliefs and graphics – increasingly centred on the components of the cityscape as her art shifted away from representation through various influences including cubism and European abstraction. Her abstract works often contrast colours and sometimes found objects and reveal her continual and personal preoccupation with formal qualities – composition, colour and texture – and her delight in the edginess and abstraction of everyday objects and experiences.

Alan Reynolds was an artist whose career falls into two halves: the landscape and abstract painter of the 1950s and 1960s, and the constructive artist of the last 45 years of his life. The quest for equilibrium was at the centre of Reynolds’ work, ever since he emerged from the Royal College of Art in 1953. His work, from that time, which earned him early recognition and success, was influenced by the landscape of his native Suffolk and the hop gardens and orchards of his adoptive Kent. From 1968 onwards depiction was firmly set aside in favour of the ‘concrete’ image. For more than 45 years, Alan Reynolds worked entirely as a concrete artist, making tonal modular drawings and constructed white reliefs.

Prunella Clough and Alan Reynolds were largely influenced by the major developments in twentieth century art. Both with roots in figuration – Reynolds in landscape and Clough in the urban environment – their work becomes increasingly concerned with the formal qualities of painting. Whilst Reynolds’ practice steers into complete abstraction, it could be said that Clough’s paintings retain elements of the ‘real’ world. Both artists were, through their teaching, highly influential to an entire generation of artists that followed them and their impact continues to be felt today.