Galleria Anna Marra presents Postcard from New York – Part III, a group show curated by Serena Trizzino. Part III is the last edition of a series started in 2016 that relates a selection of the curator’s findings in New York City. 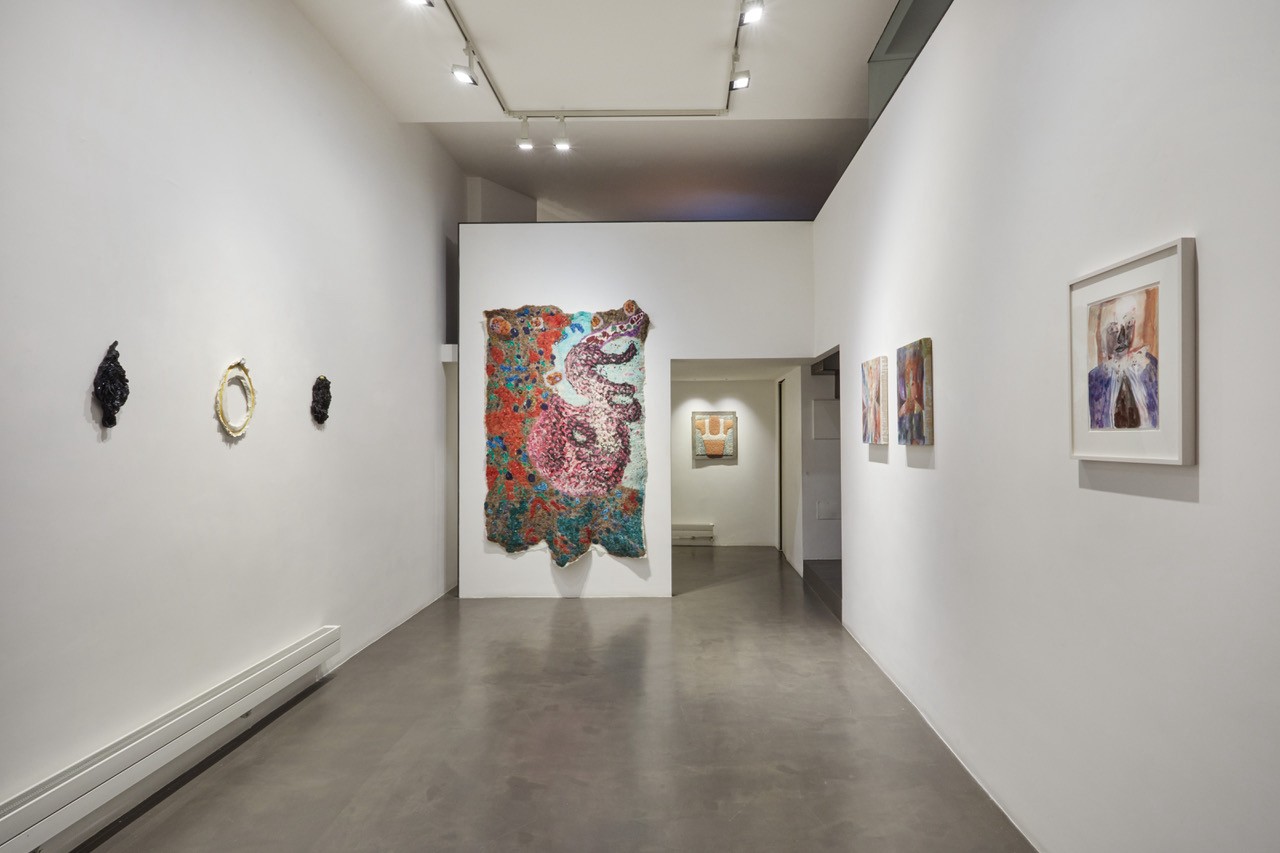 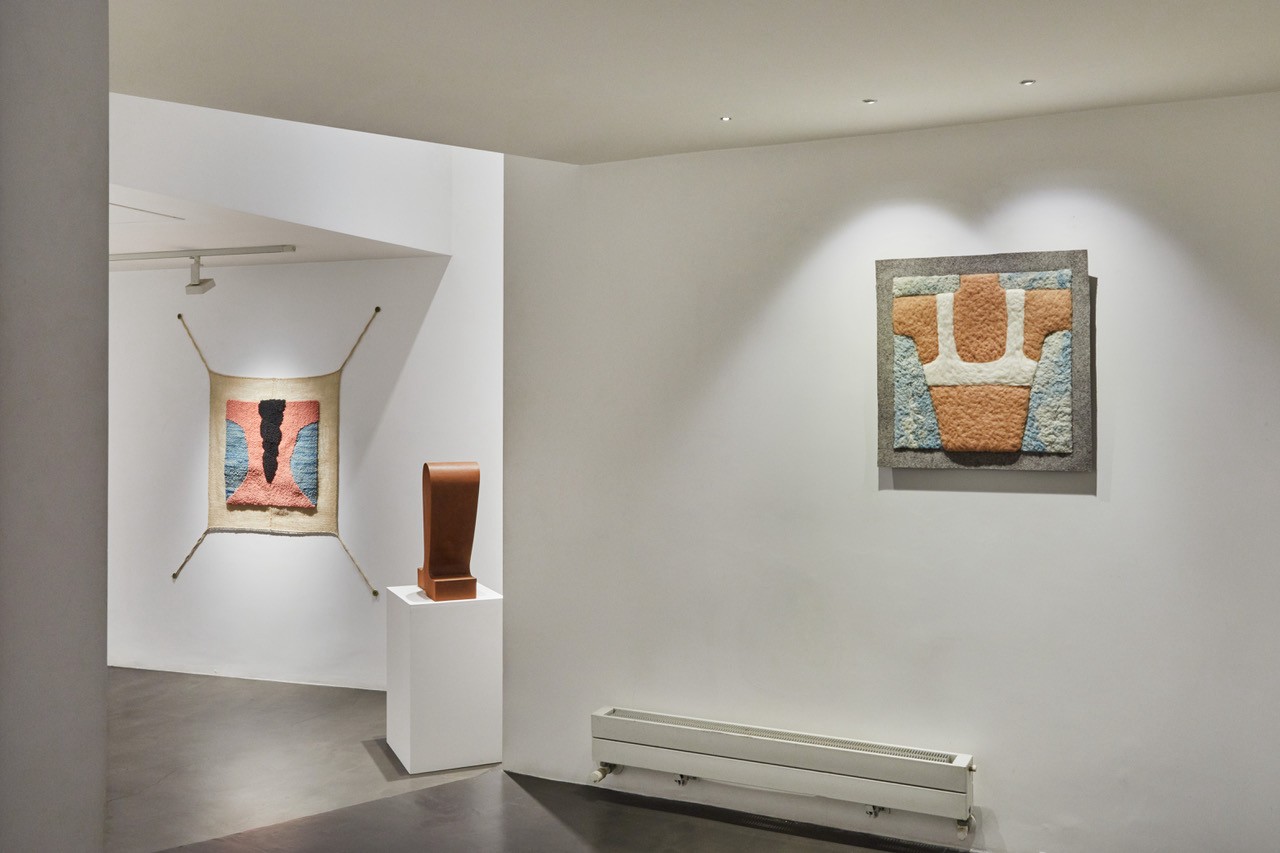 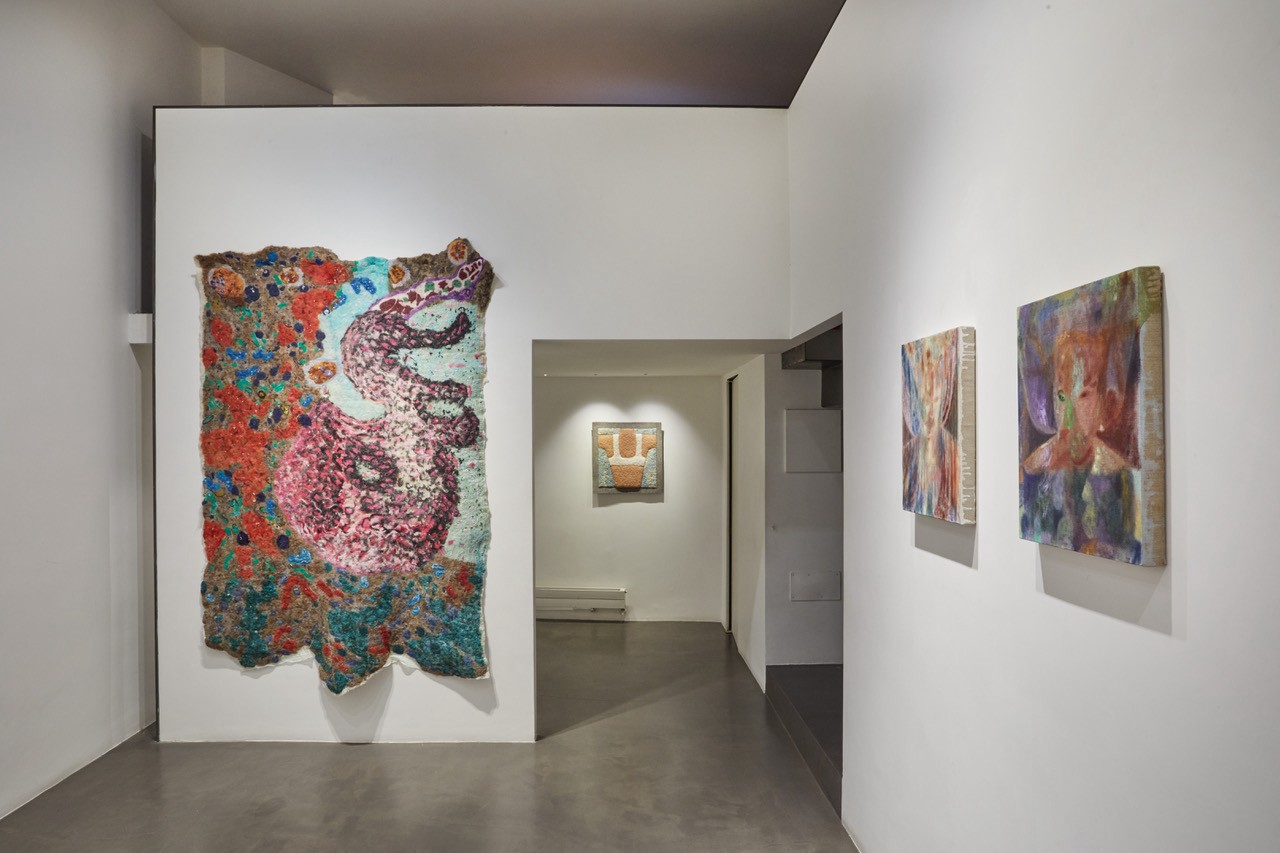 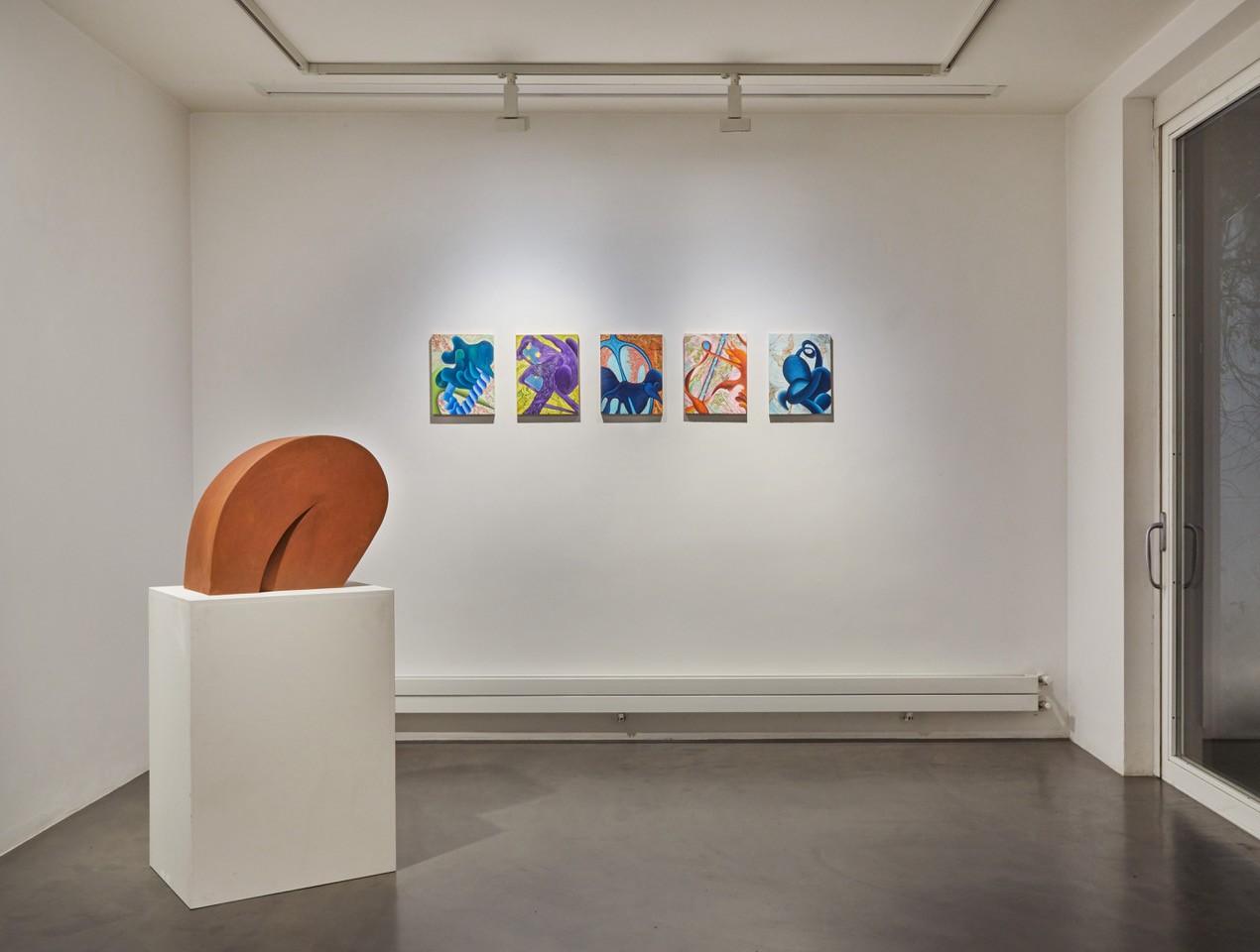 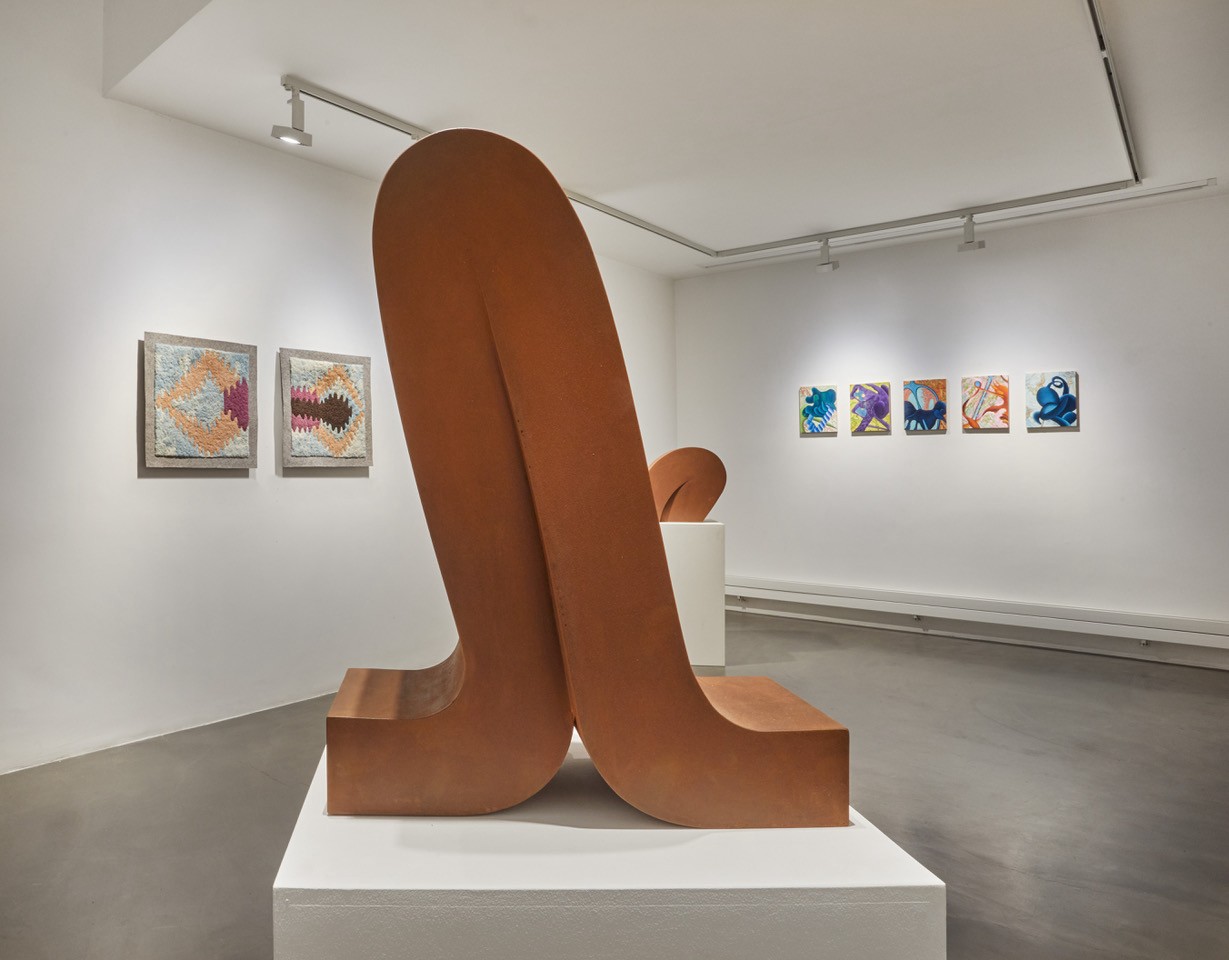 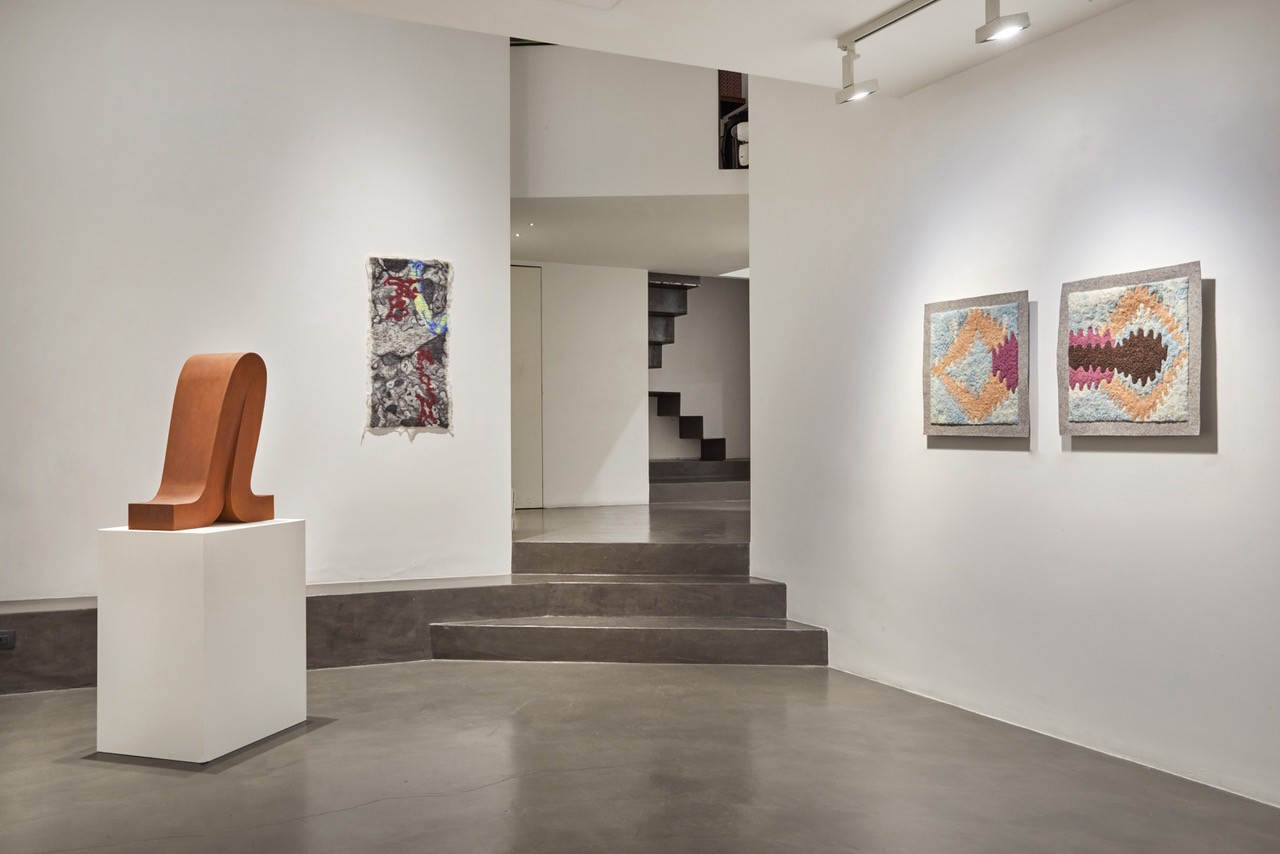 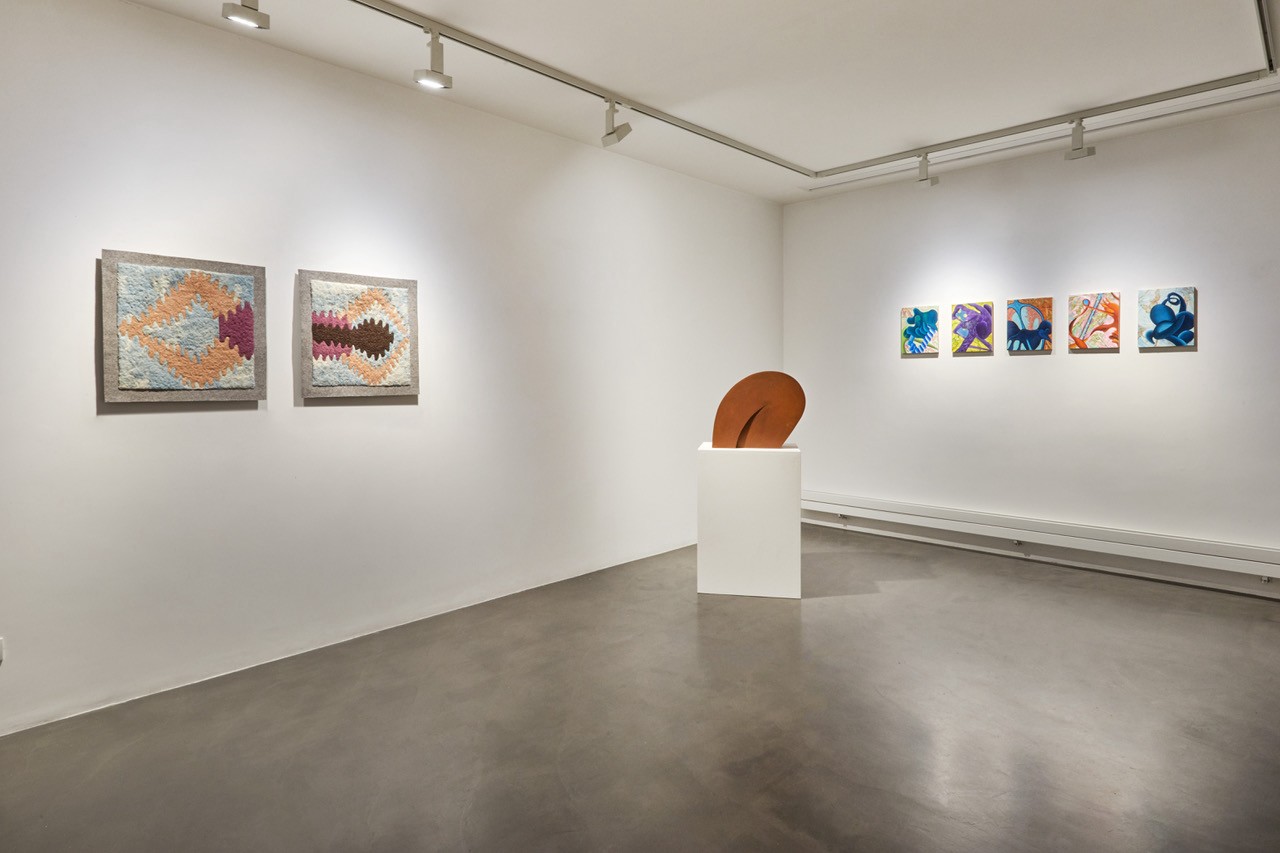 This iteration focuses on artists who explore the liminal space between abstraction and representation.

Employing different techniques, each artist has a unique and yet cohesive visual language that subtly suggests recognizable forms, in particular those of the body.

From the ways in which the body relates to its social context; to how it encapsulates the human’s fragility, in contrast to its potential power; connects with universal forces; or inspires for its sheer esthetical value; each artist employs the figure to investigate and express their main message.

Carl D’Alvia explores the limits of traditional sculpture, making work that is at once minimal and maximal, humorous and tragic. New York Magazine critic Jerry Saltz states “Sculpture is in eternal struggle and perpetual conversation with gravity. In his anthropomorphic, quasi-figurative, abstractly suggestive large aluminum sculptures, Carl D’Alvia addresses this head-on. The results are humble but ambitious philosophical sculptures – mesmerizing, almost mystical configurations that make you feel precious love for shape and states of being.”

Aurora Pellizzi work playfully combines formal concepts of painting and sculpture – such as abstraction, perspective, figure, and ground – with traditional textile techniques and practices – most notably weaving and natural dyeing. Humor acts as a catalyst dissipating the traditionally ascribed divide between craft and art. Included in the exhibition are works made of felt, as well as one ayate (the ayate is a pre-Hispanic garment or accessory hand-woven on backstrap-looms out of handspun maguey or agave fibers). Pellizzi uses natural infusions and combinations of indigo, brazilwood, cochineal, avocado pits, and Aztec marigold to produce her color palette.

Luisa Rabbia’s work is rooted in drawing and expands into painting and sculpture. She explores the individual, social and mystical realms, delving into themes such as life and death, connection and loss, and the relation between micro and macrocosm. Her work strikes the viewer with its vivid tactility and suggestive abstraction. Included in the show are three ceramics that are direct and mysterious at the same time. They belong to the series “I Will Bring You Flower” that the artist began in 2021 as a tribute to her mother.

Victoria Roth’s approach to painting is a cumulative process that generates imagined environment that are sensorial and emotive. Muscular forms and bulbous shapes with fleshy inflections populate interior and industrial landscapes. Organic forms in flux – they appear to twist and pierce, fall yet hold, rise and change – operate within carefully composed structures that suspend the action in a state of energetic tension before collapsing into a cycle of metamorphosis. In this way, Roth’s paintings signal the possibility for continuous becoming.

Maja Ruznic paints diluted, out-of-focus figures and landscapes that explore nostalgia and childhood trauma and are influenced in part by war and the refugee experience. The ritualistic nature of her work reflects religious and mythological interests, including Slavic paganism and Shamanism. The artist starts her paintings by staining the canvas with lose pigment that varies in intensity and creates a dreamy background from which she draws intriguing and mysterious figures.

Pauline Shaw is a multidisciplinary artist recognized for her large-scale felted tapestries that synthesize inquiries into the nature and limits of the body, cultural inheritance, science, and mysticism. Referencing the erasure of traditions that Shaw has experienced as a first-generation Asian American woman, her abstracted biomorphic imagery draws from her investigation into the relationships between embodied memory and its representation – interweaving MRI scans, the fragility of diasporic narratives, and the instabilities of identity through dually fluid and fragmentary compositions.