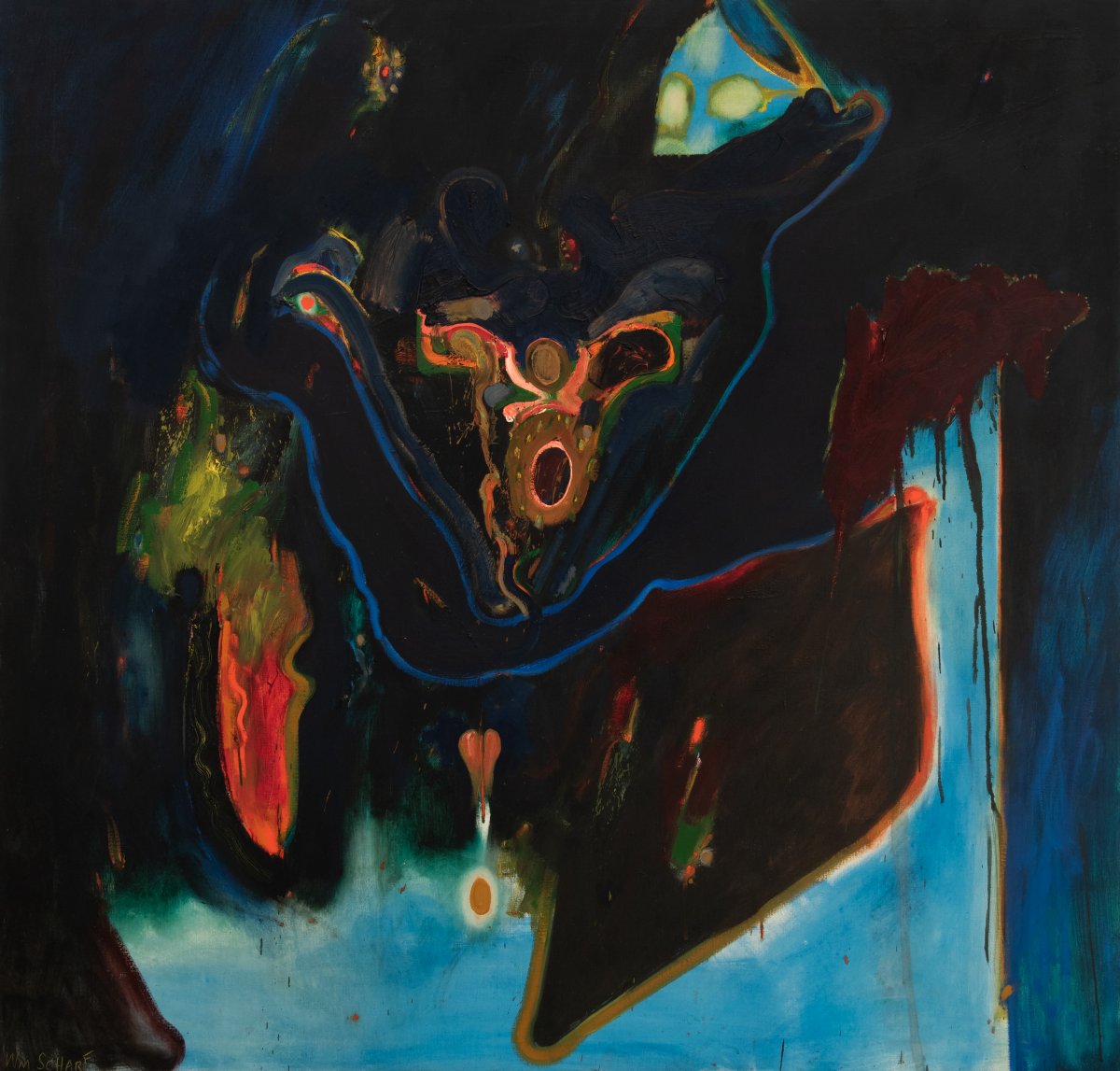 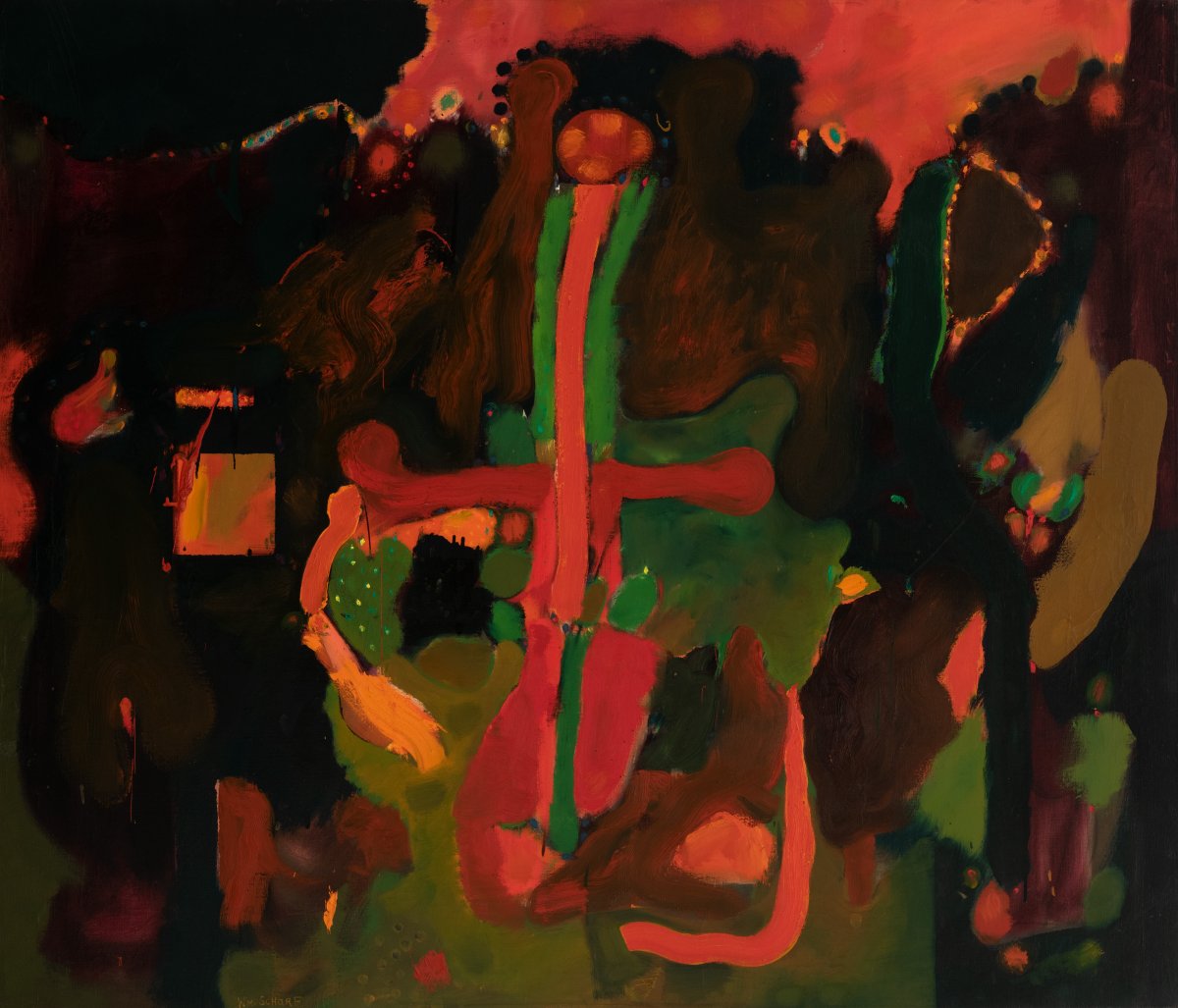 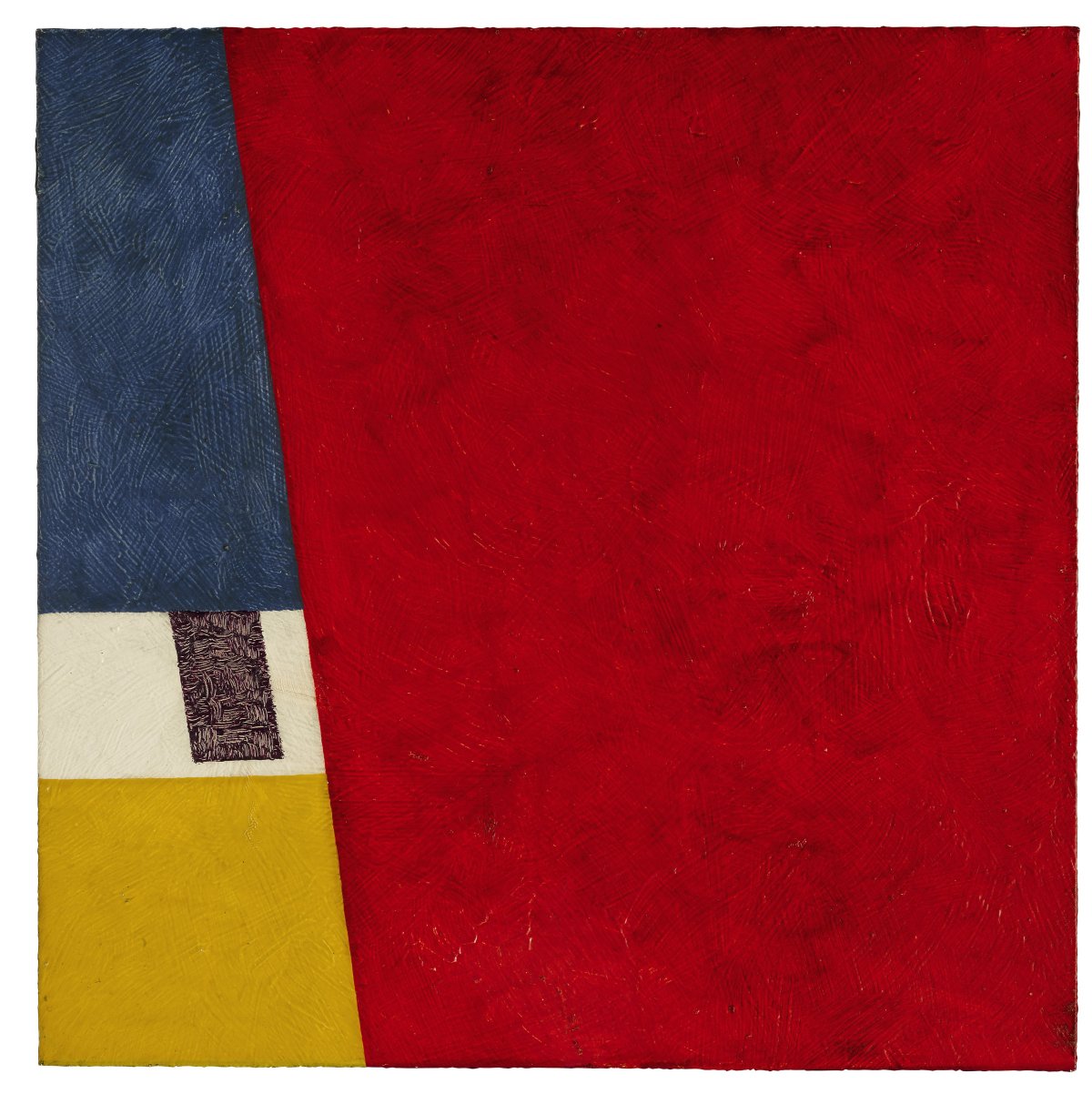 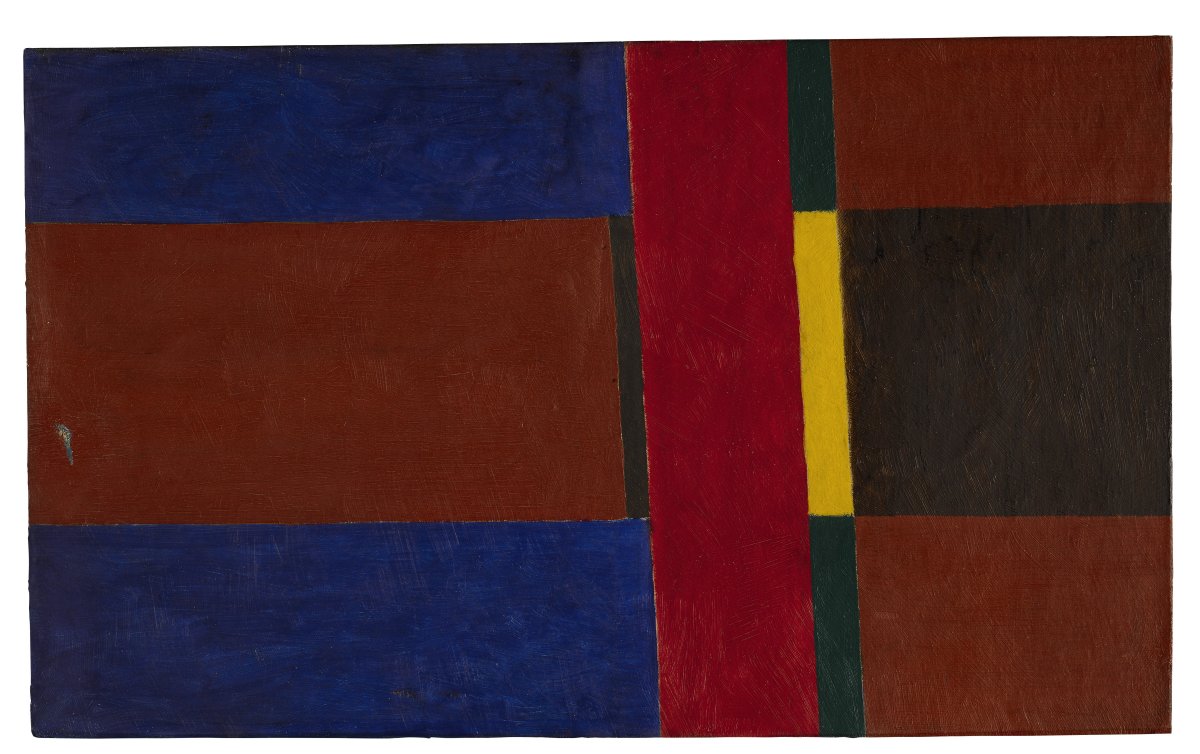 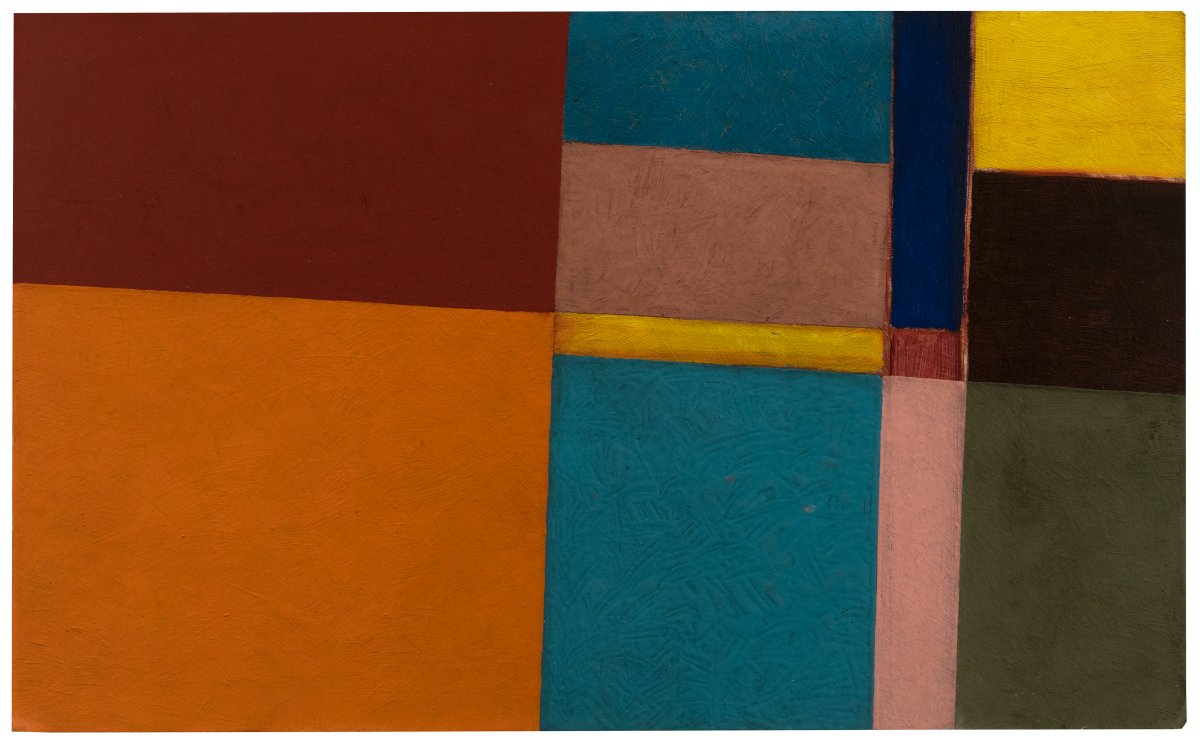 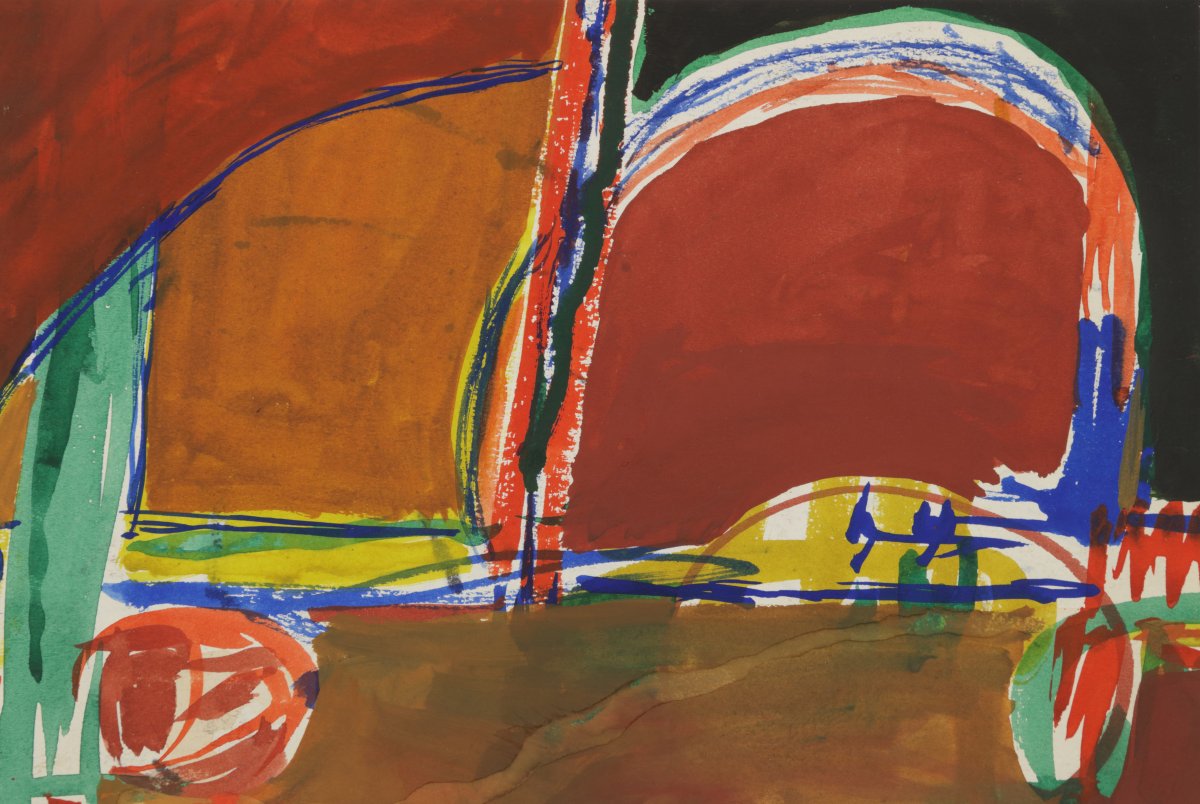 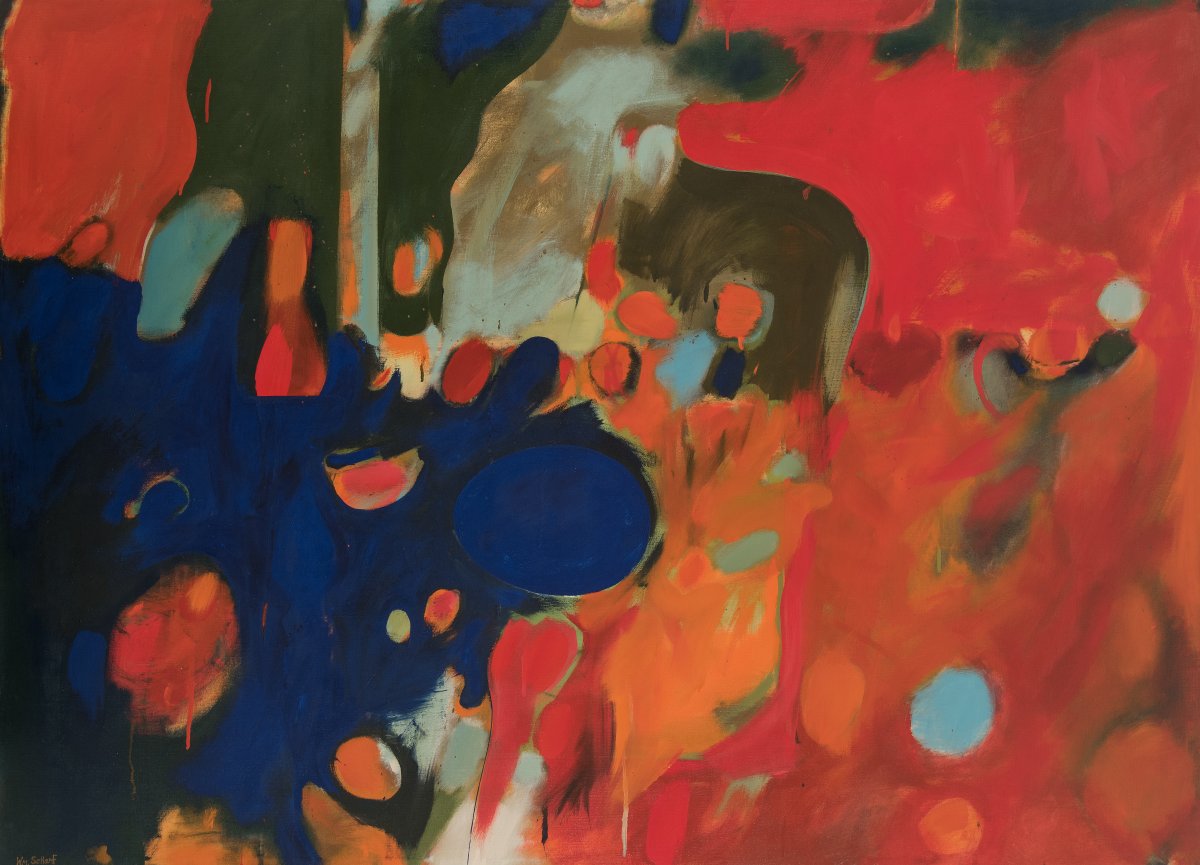 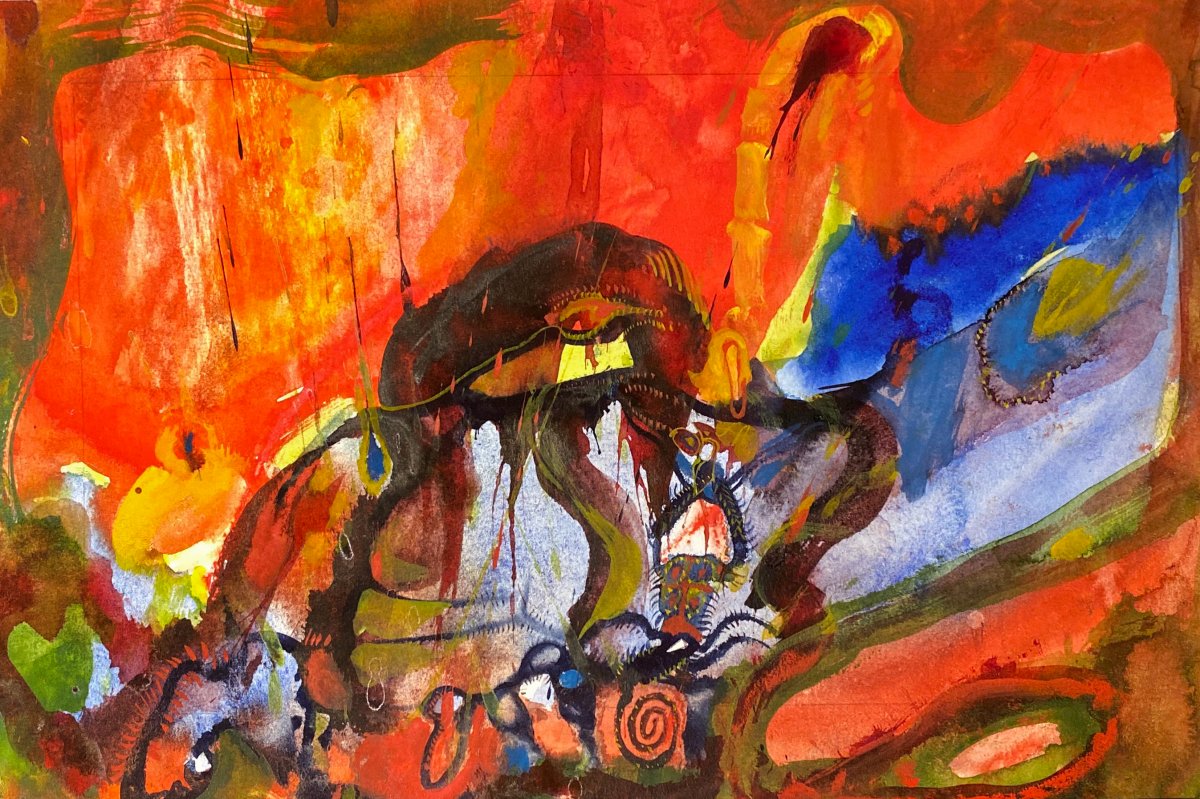 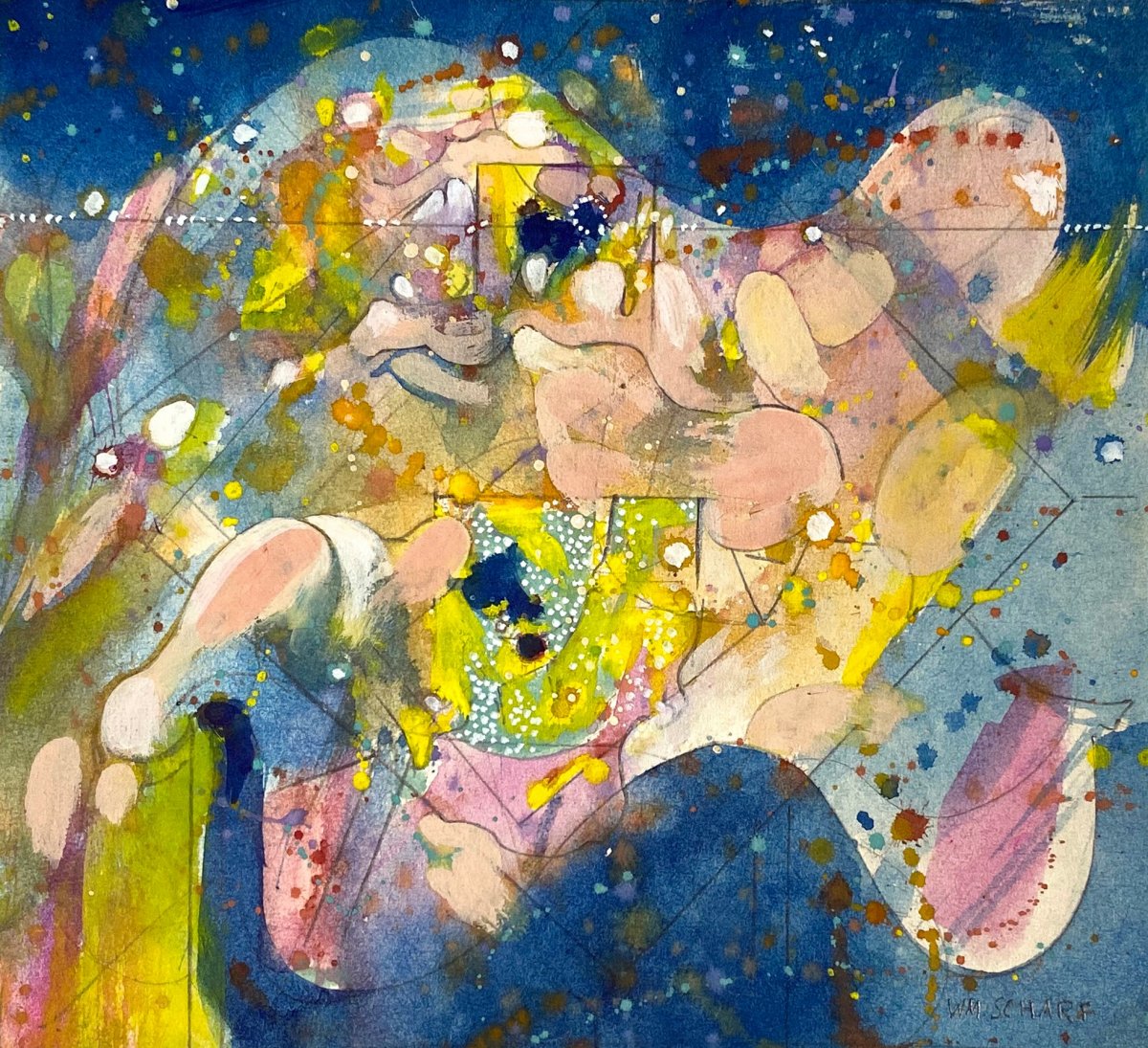 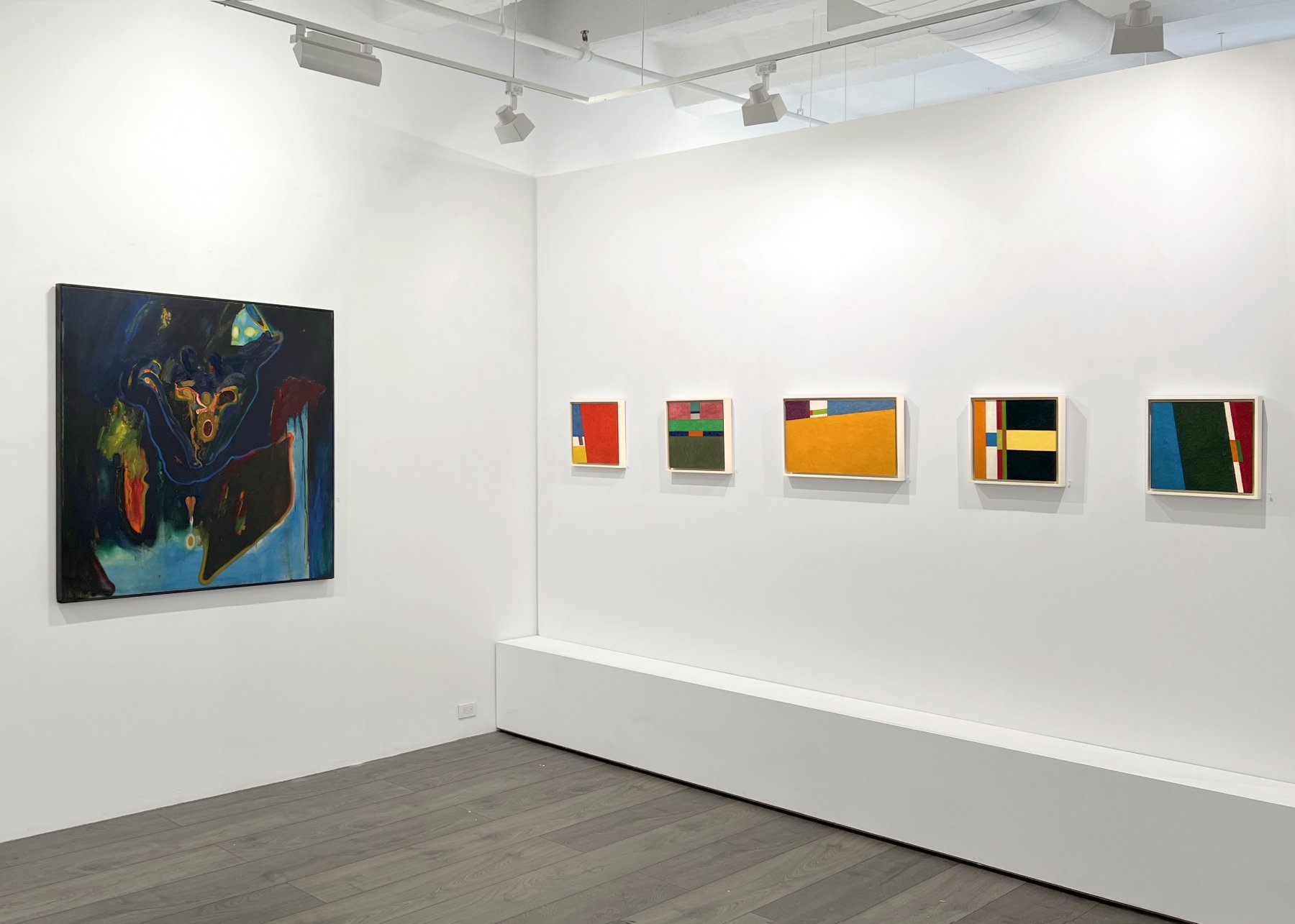 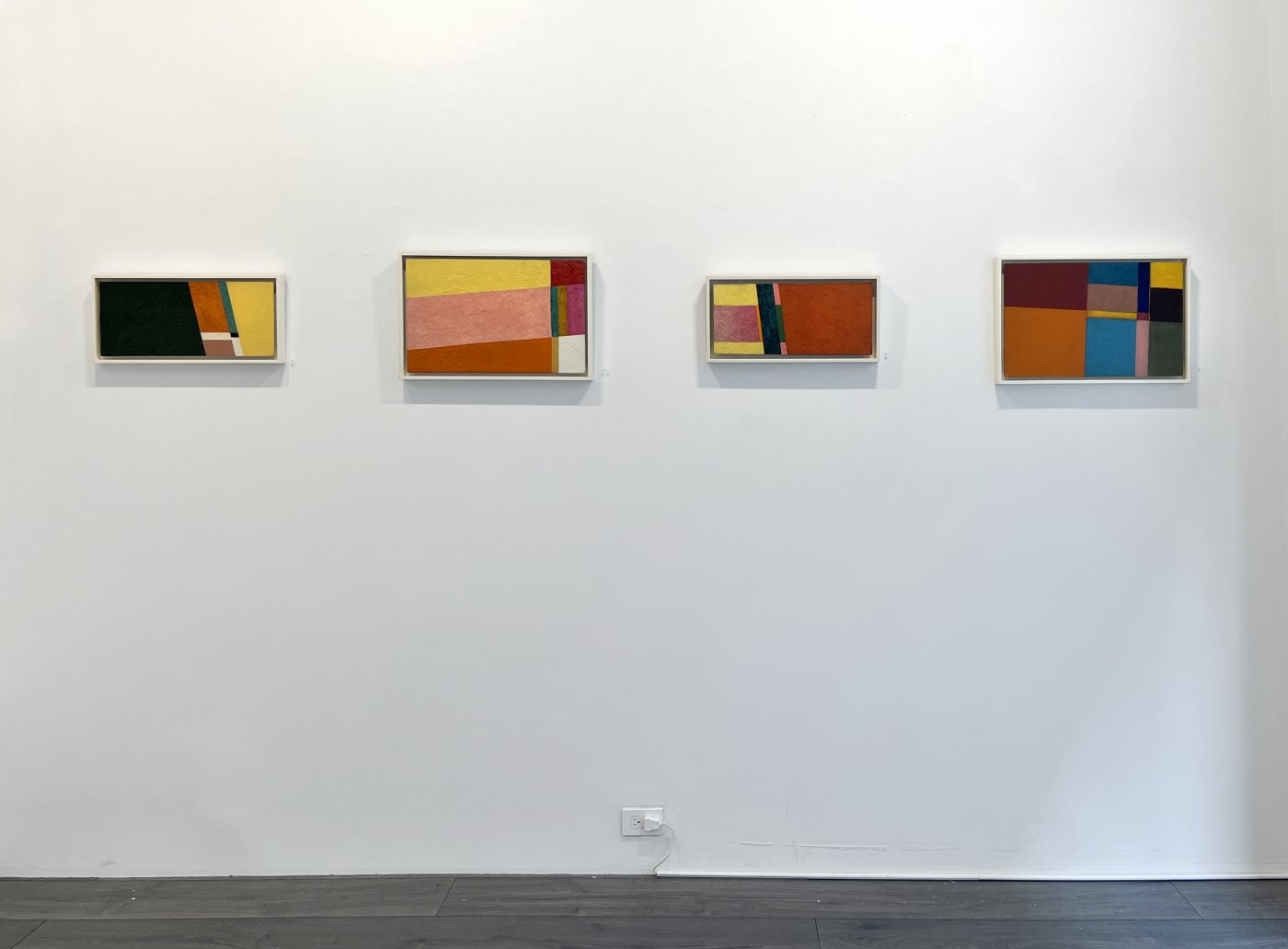 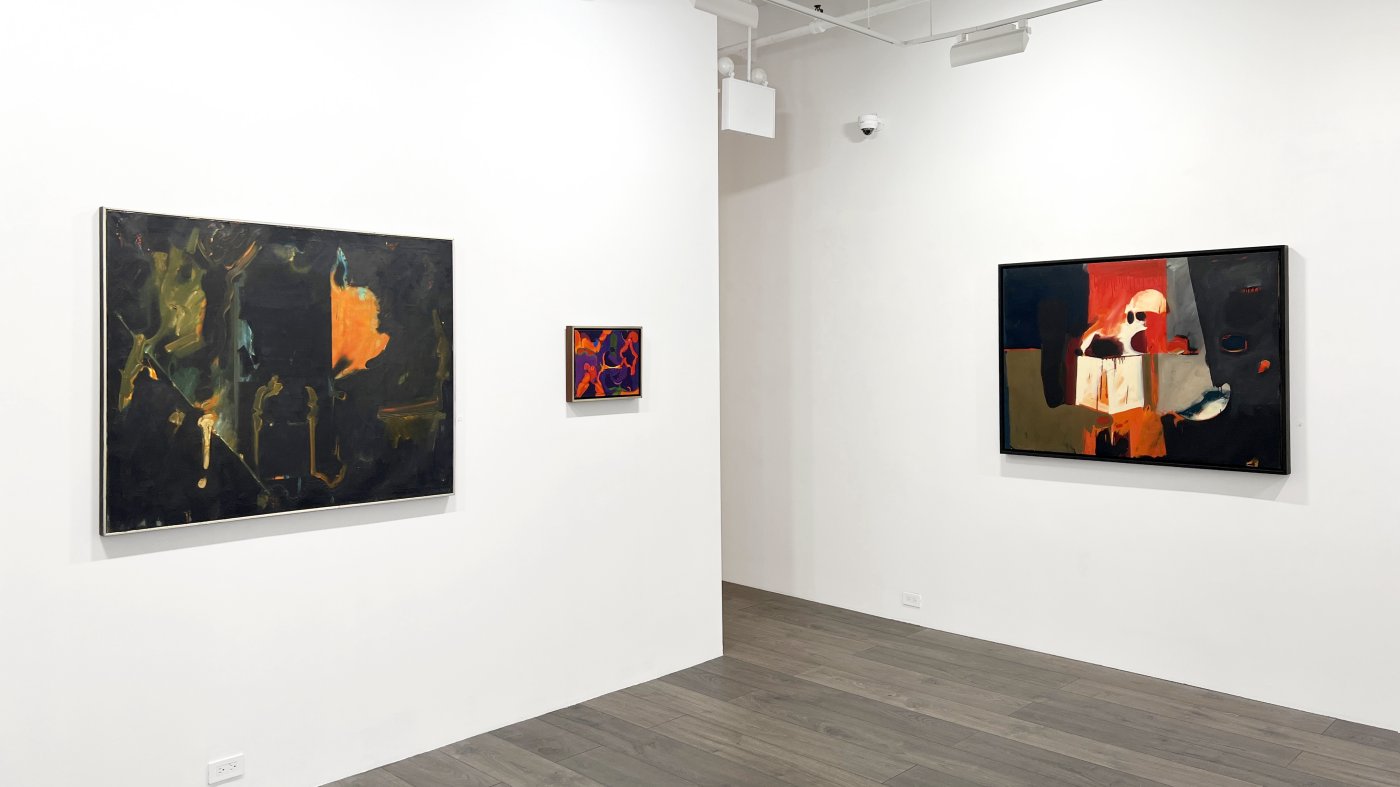 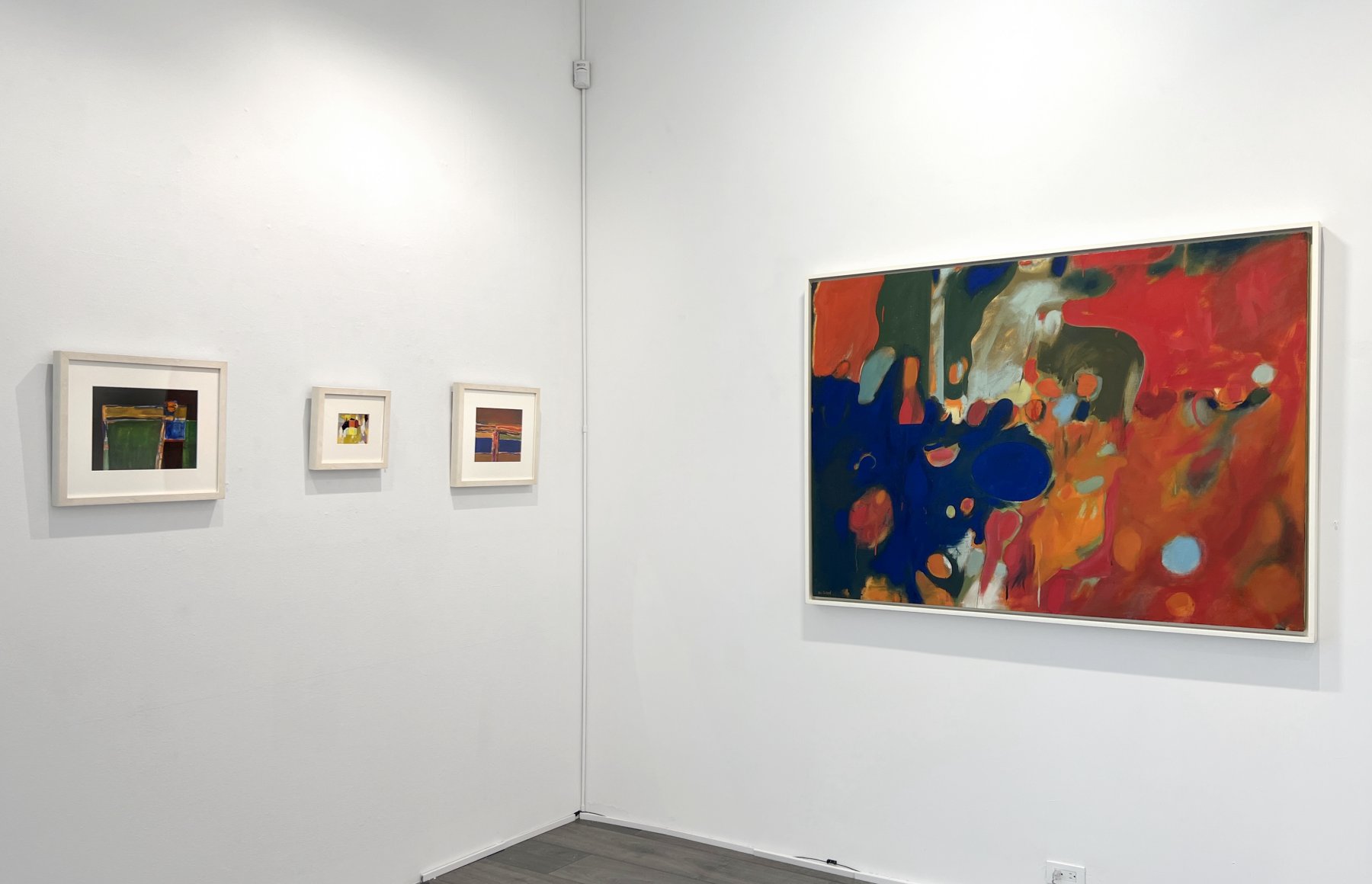 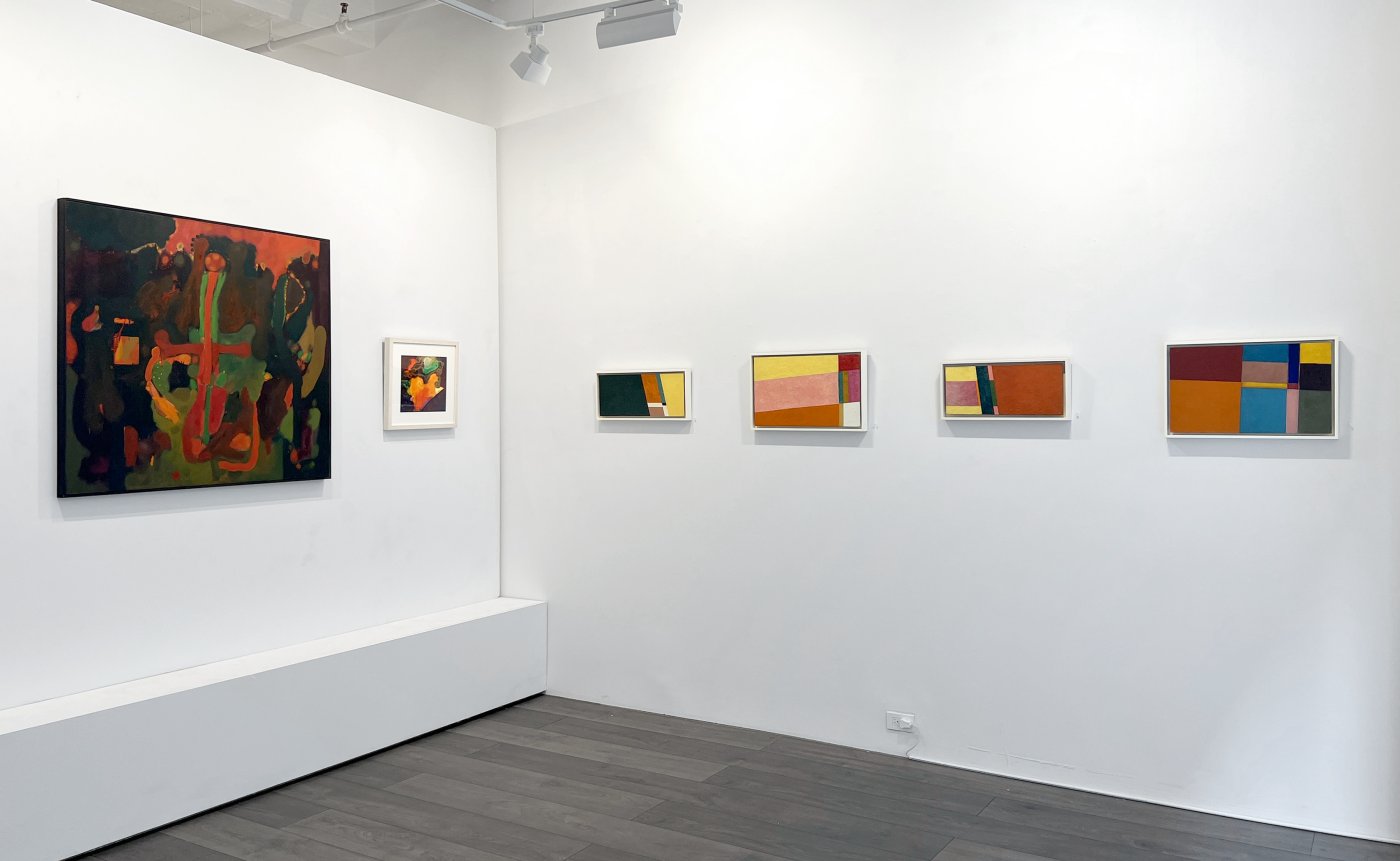 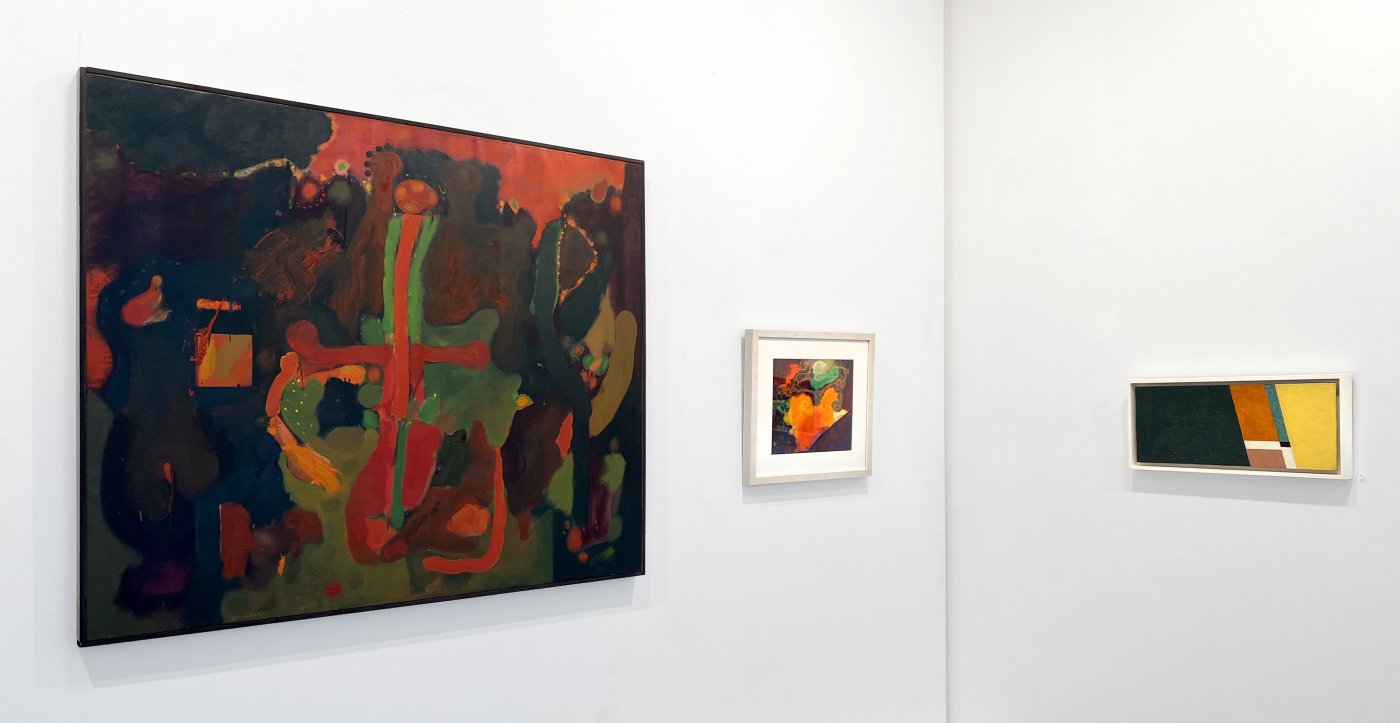 Visionary artists Roy Newell (1914–2006) and William Scharf (1927–2018) single-mindedly pursued their own forms of abstraction. An original member of the early days of what coalesced into Abstract Expressionism and a close friend of Willem de Kooning, Newell initially created large gestural paintings like his peers but after a series of successful exhibitions in the mid-1950s, he curiously withdrew from public view and instead chose to scale down his paintings. Newell’s mature works from the 1960s resonate with a philosophical strain in American art as represented by the work of Ad Reinhardt, Alfred Jensen, and Agnes Martin that sought to prioritize geometric universality over individual psychological expression. It was only Newell, however, who maintained the skewed angle of forms as a fundamental feature of his compositions.

On the other hand, Scharf’s works shift to the mythological and traffic in rich symbolic language. Steeped in mystery and shot through with surrealist biomorphism, his atmospheric canvases feature jewel-toned forms that seem to float in the primordial ether. His close friendship with Mark Rothko particularly informed his interest in color and Scharf often incorporated recurring symbols that allude to foundational actions of creation and life cycles, such as in Untitled (1962) with its egg-like forms aglow against a shadowy, oozing background.

Despite these two artists’ significant differences in style, a surprising point of connection lies in their shared reverence for the late nineteenth-century artist Albert Pinkham Ryder. Often citing Ryder as one of his favorite artists, Scharf found kinship in Ryder’s psychologically intense, allegorical works, whereas Newell self-identified with Ryder on the grounds of their similar obsessive working habits. Ryder often worked on paintings for ten years or more, building up extremely impastoed layers of paint and resin. Indeed, one of the most distinctive features of Newell’s art is his compulsion to paint over works, reworking the same surfaces repeatedly for decades, to the point of sculptural encrustation. Newell described what he was trying to achieve in his work as “compression”: compressing long passages of time and experience into a single object. In a fascinating coincidence, Newell discovered that his studio was the very studio that Ryder had worked and lived in decades prior.

Point of Connection puts into visual dialogue two important painters who came up as artists in the milieu of the Abstract Expressionism movement but ultimately forged their own distinctive approaches. Though Scharf’s gestural brushwork aligns him with Abstract Expressionists, his use of mythological symbols and metaphorical dramas have greater resonances with visionary artists such as William Blake or Ryder. And Newell’s color schemes find parallels in the works of abstractionists such as Hans Hofmann. But upon his self-imposed isolation in the mid-1950s, Newell created paintings completely on his own terms, slowly and deliberately, maintaining them “in a kind of perpetual present,” as Roberta Smith wrote in a review for the New York Times. For these two artists, whose lives were consecrated to artistic creation, the stakes were high in exploring new avenues in abstraction. As Newell once told a fellow artist, “I can feel it when I’m getting near the truth of a painting.”