Tornabuoni Arte pays homage to Fabrizio Plessi, one of the most renowned Italian artist of video art, with the solo exhibition PLESSI. Emozioni Digitali. 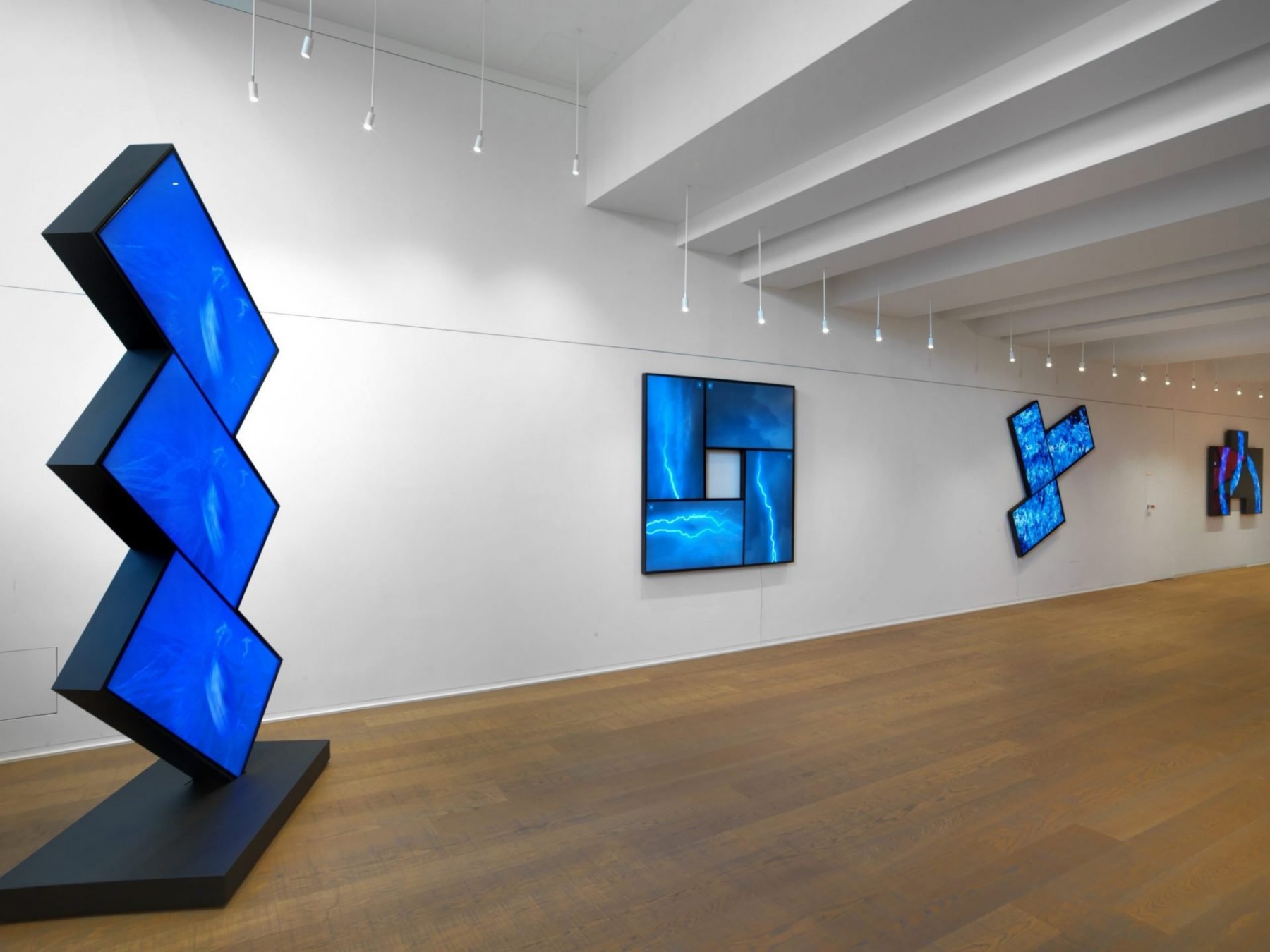 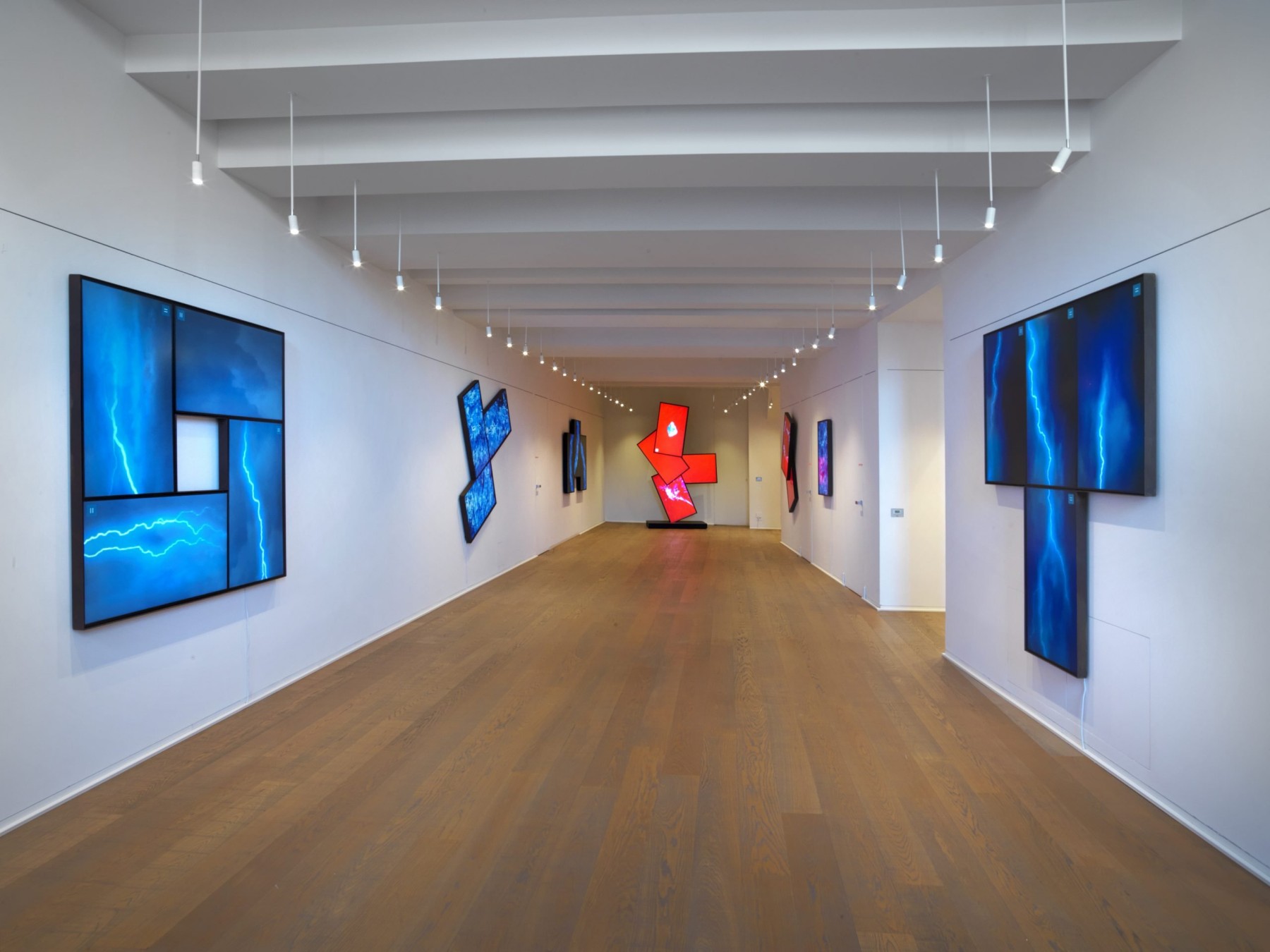 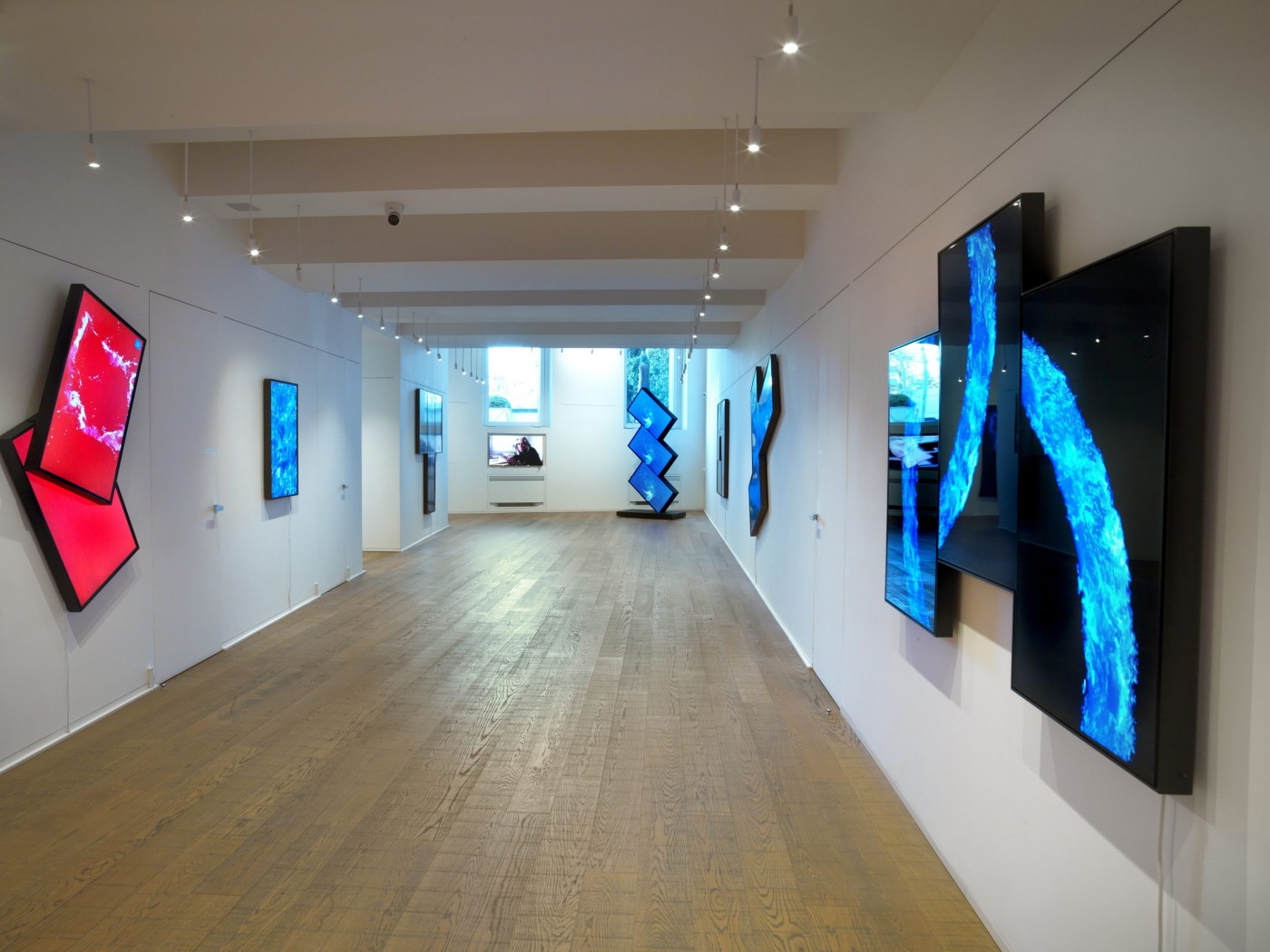 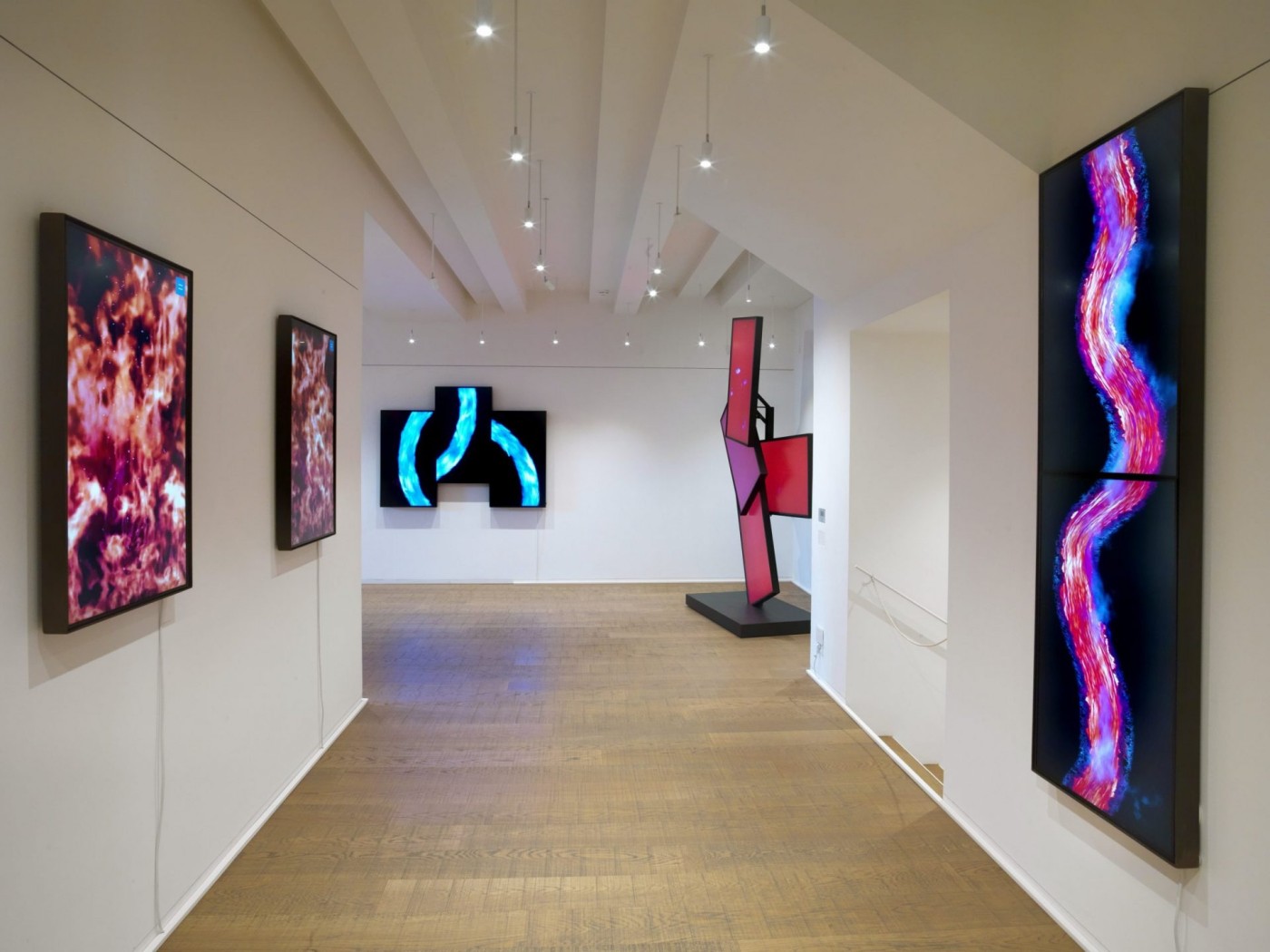 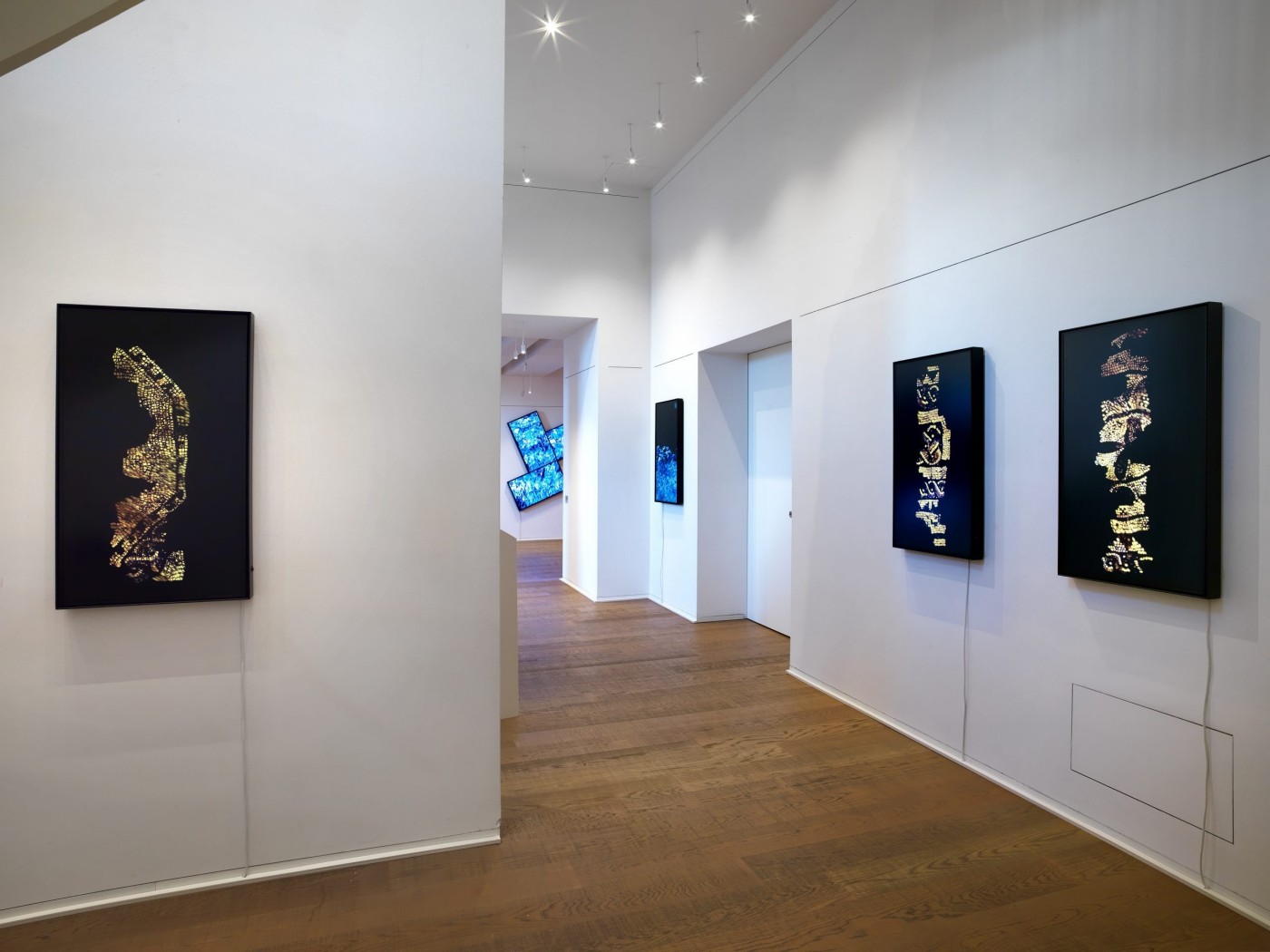 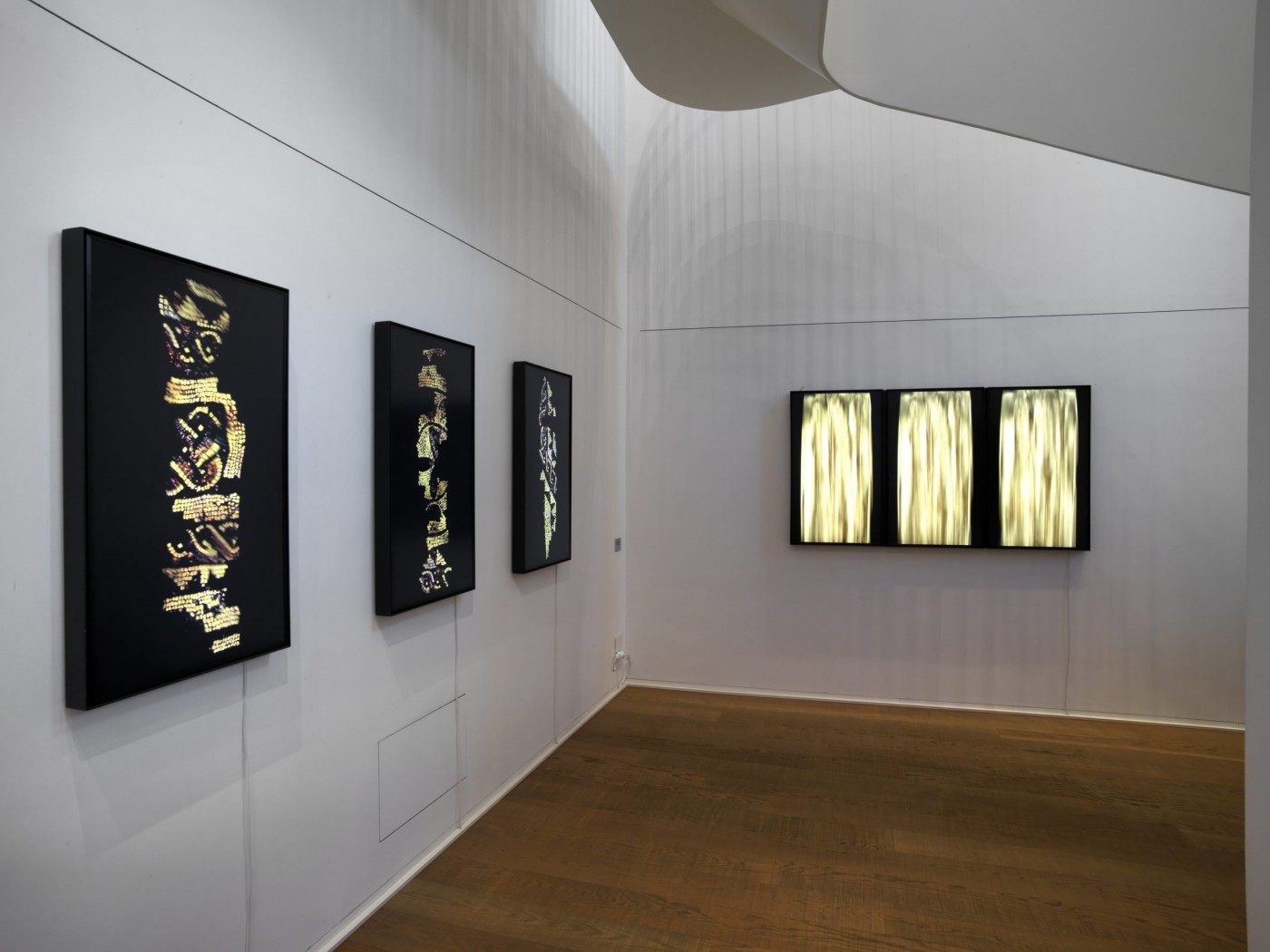 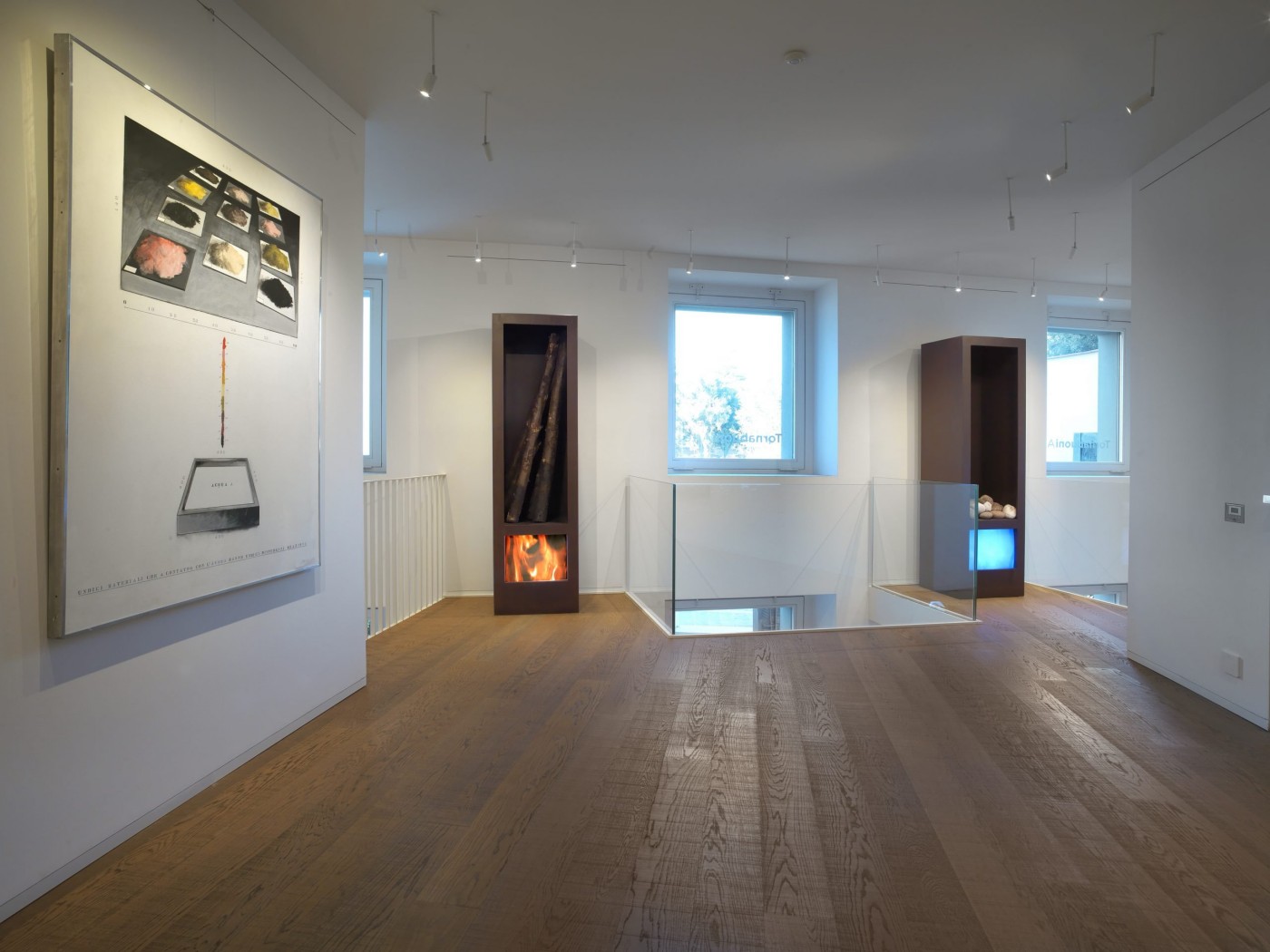 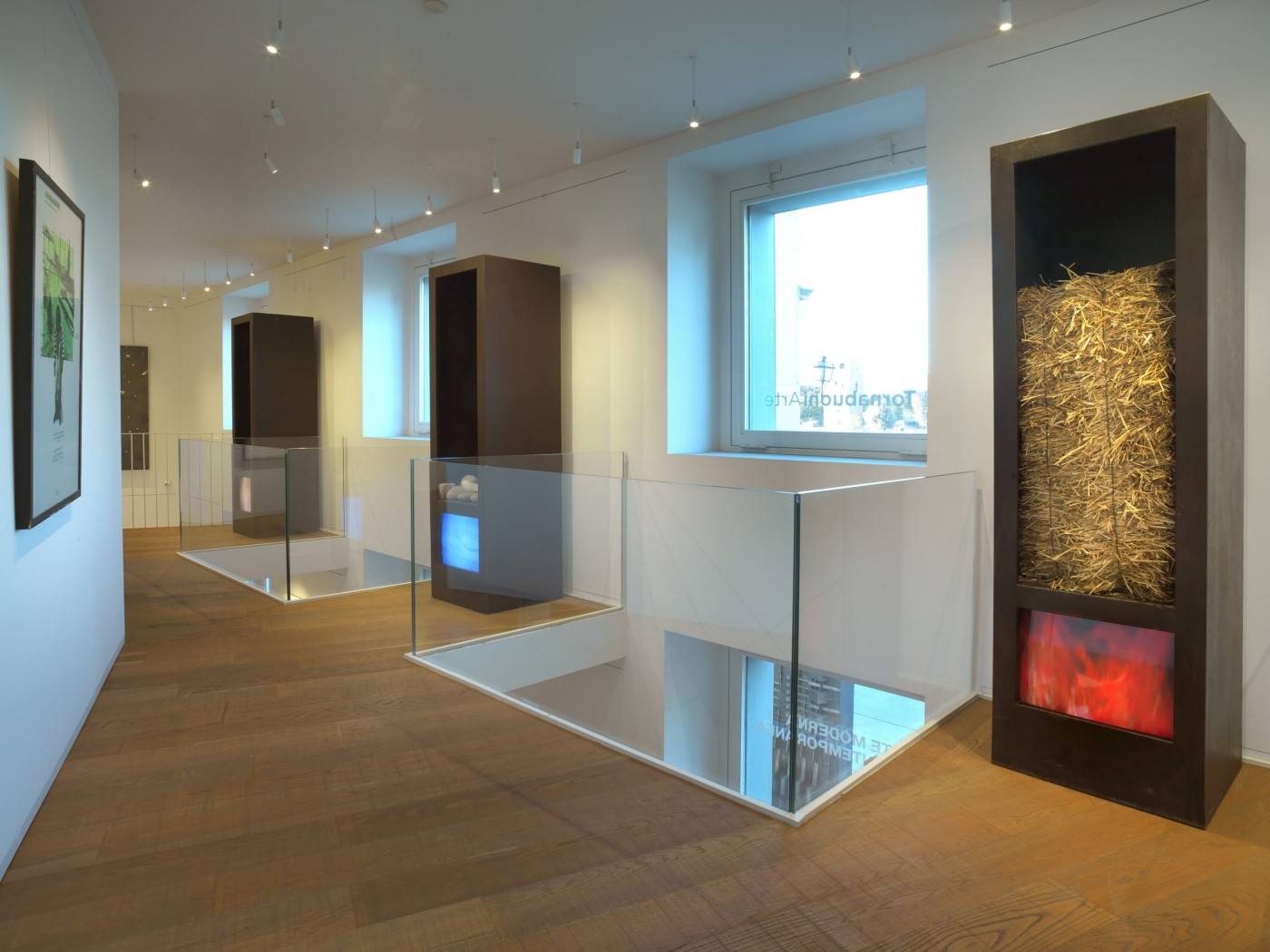 The exhibition is a collection of over thirty works created between the seventies and the nineties, along with some of the most recent video production of the artist; regarded as a pioneer and among the first experimenters of the digital matter in Italy, he has been referred to as “l’aborigeno del digitale”, the aborigine of digital. Plessi has been able to combine nature and artifice, art and technology, creating poetic pieces with a great evocative impact, where the primordial elements of water, fire, lightning, and earth constantly recur in an unstoppable flow of images.

“I constantly find myself finding new roads, and this new digital road, which was called electronics back in my day, has always been a way to bring matter to life” Plessi tells Serena Tabacchi, co-founder of MoCDA, Museum of Contemporary Digital Art in London, in the interview published in the catalog edited especially for this exhibition. “While everyone was painting or sculpting, I was thinking of how to mold a TV channel, using its pixels and its intangible consistency.”

A number of projects on paper from the seventies will be exhibited on the upper floor of the gallery, with richly annotated drawings and images that are a testament to the rigorous methodology and study that have always been at the core of his work, with an attentive approach

to the tradition of hand drawing. “Each artwork is the result of a long process based on the preparatory drawings on which Plessi always relies” as art historian Sonia Zampini explains

in the text MANIFEST NATURE, also in the catalog. “Studies of graphic and color annotations create a thicket of structured and concrete observations to which to entrust the development of the following work, meant as a tangible vision of the initial project. The videos will later resume this ideal sheet structure or multi-sheet composition, which, with increased measurements, will now be defined as ideal windows capable of showing a condition standing beyond the physicality that contains it, a kind of filter between two hypothetical worlds and visions.”

In this section we also find a number of works from the Cariatidi series, from the early 2000s, some on paper, while others in sculptural form, where the physicality of the objects and materials (straw, amphorae, rocks) integrate harmoniously with the digital images.

On the lower floor, the exhibition continues with his most recent video works, divided by theme, in

a sequence that brings the audience back to the essence of the elements portrayed: from the fluidity and force of flowing water that transcends the tangible perimeters of the work, to the glare of lightning that briefly illuminates the dark of night, to the incandescence of fire that is also present in the grooves left by the passage of lava. These artworks, imbued with an element of “wonder”, are followed by the regal “Cascate d’oro” installations, visions that recover the value of ancient art, as well as the “Mosaico” series, where the artistic tradition of the golden tile technique is enriched by an extremely contemporary visual rendering. Plessi uses technology as a material to be shaped, much as a sculptor would do with marble.

He does not stop at the mere reproduction of the image or at the documentation of reality; instead, as Achille Bonito Oliva pointed out, “he actually plays with complex themes, such as mirroring and the double, narcissus and memory, with the production of sophisticated images able to evoke, with their virtuosity, the Mannerist sprezzatura.”

Tornabuoni Arte also presents a section dedicated to NFTs, the most recent collection created by the artist, with Nature still serving as the main theme. Plessi, who, as already stated, is an experimenter, does not shy away from his fascination with the evolution that the uniqueness of the digital element and the use of blockchain technology entail, further updating his language.

In addition to texts by Serena Tabacchi and Sonia Zampini, the catalog accompanying the exhibition, edited by Tornabuoni Arte, includes the text Fabrizio Plessi’s art by Achille Bonito Oliva, an excerpt from the 1990 Plessi. Videocruz exhibition at the Museo Espanol de Arte Contemporaneo in Madrid, and The Art of Fabrizio Plessi by John G. Hanhardt, written for the Fabrizio Plessi exhibition held in 1998 at the Guggenheim Museum Soho in New York.

PLESSI. Emozioni Digitali will remain open until November 18, 2022 and it will open during the Biennale dell’Antiquariato and the FLORENCE ART WEEK.

Fabrizio Plessi was born in Reggio Emilia in 1940. He lives and works between Venice and Palma de Mallorca. He has taken part in major exhibitions, such as the Documenta in Kassel, and in fourteen editions of the Venice Art Biennale. His work has been exhibited in prestigious international venues, including the Guggenheim in New York, the Scuderie del Quirinale in Rome, and the Pushkin Museum in Moscow. The Plessi Museum, designed by the artist as a work of architecture, sculpture and design, was inaugurated at the Brenner Pass in 2013.