Lévy Gorvy presents an exhibition of paintings by Pierre Soulages, France’s foremost living artist. Pierre Soulages: Outrenoir continues the global celebration of his 100th birthday, following solo survey exhibitions in New York at Lévy Gorvy and in Paris at Musée du Louvre—only the third time in the museum’s history that the Salon Carré has been devoted entirely to the presentation of work by a single living artist, an honor shared only by Pablo Picasso and Marc Chagall. 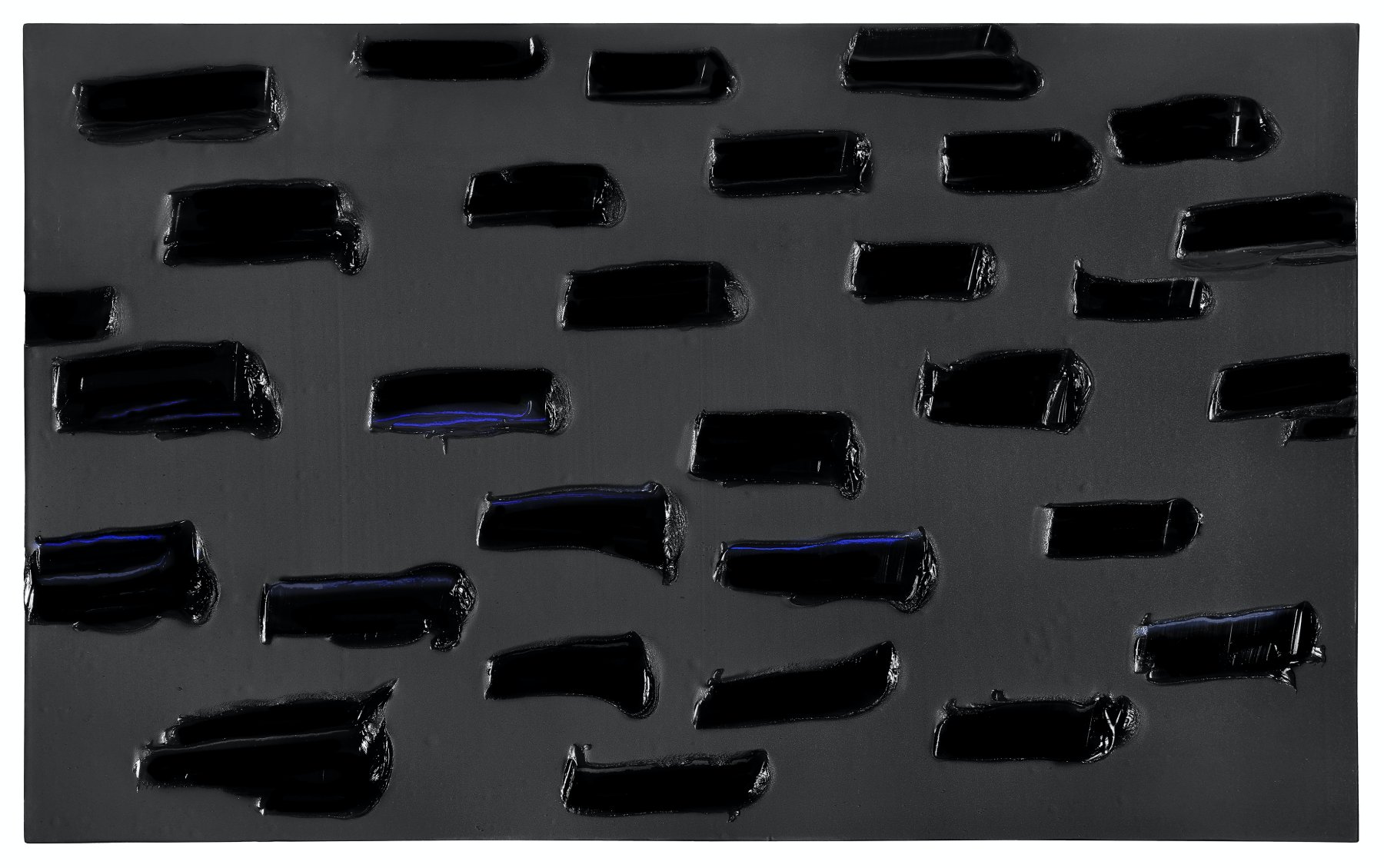 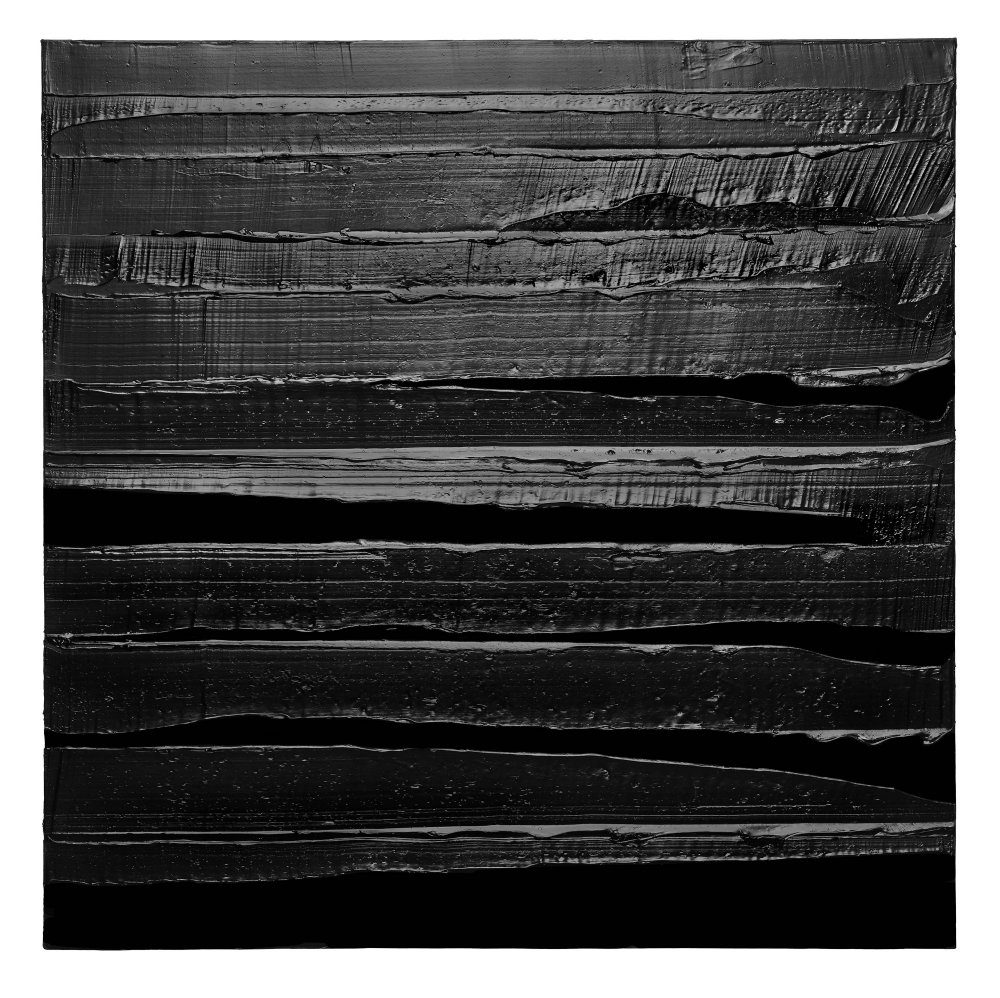 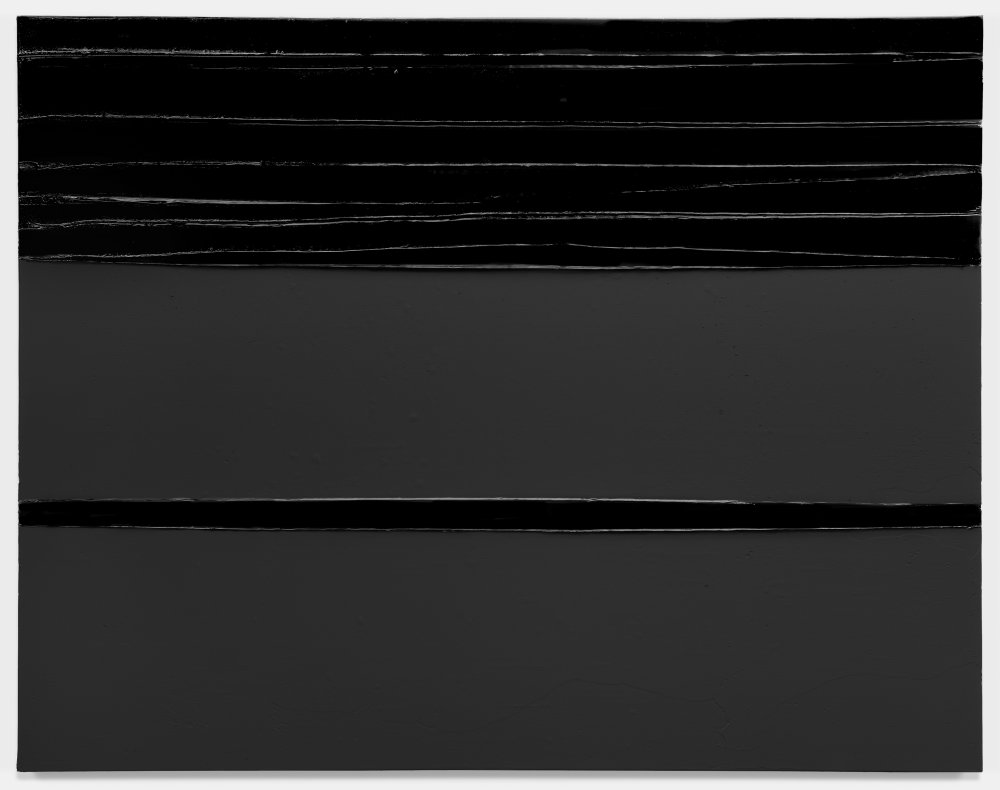 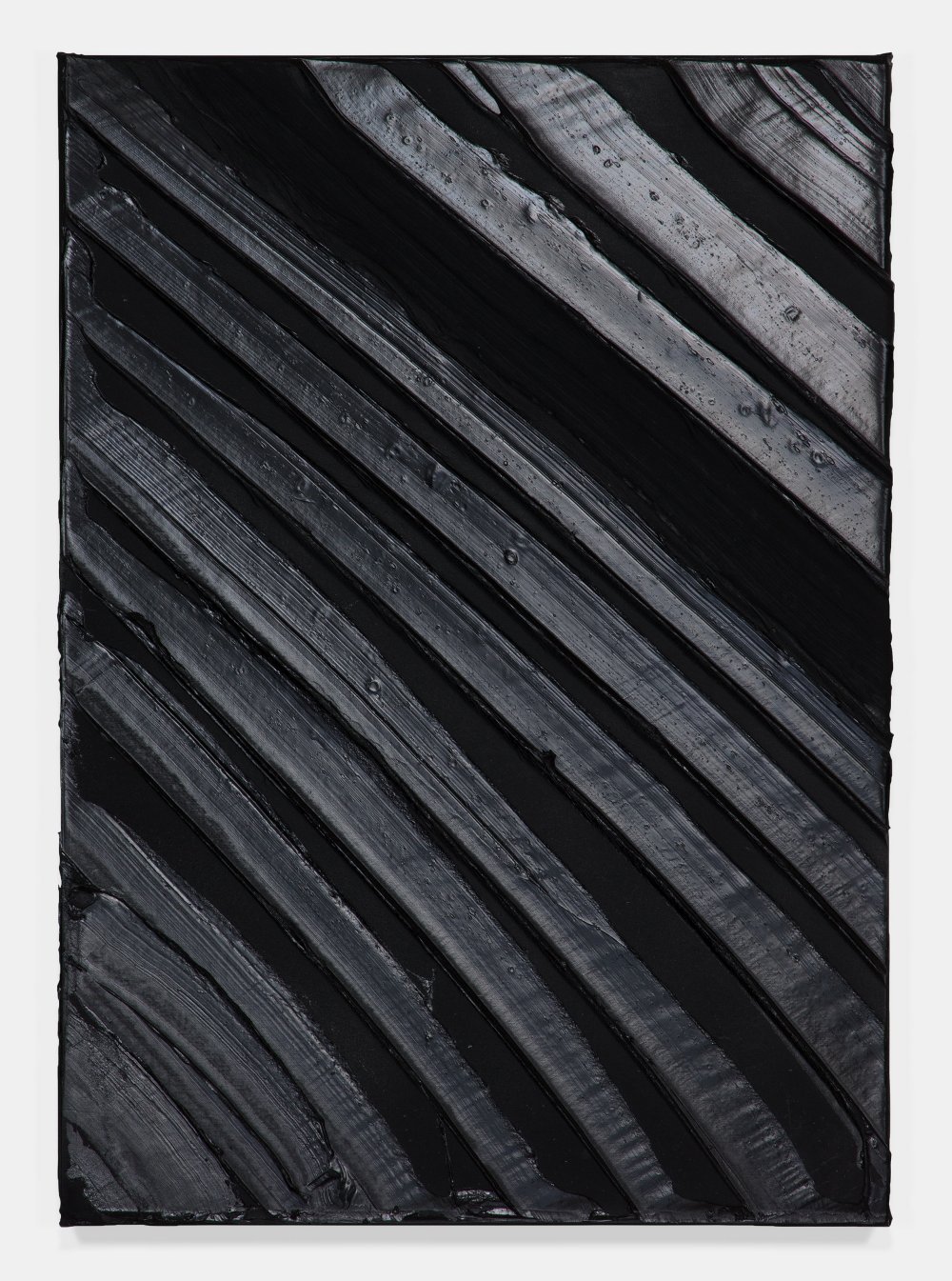 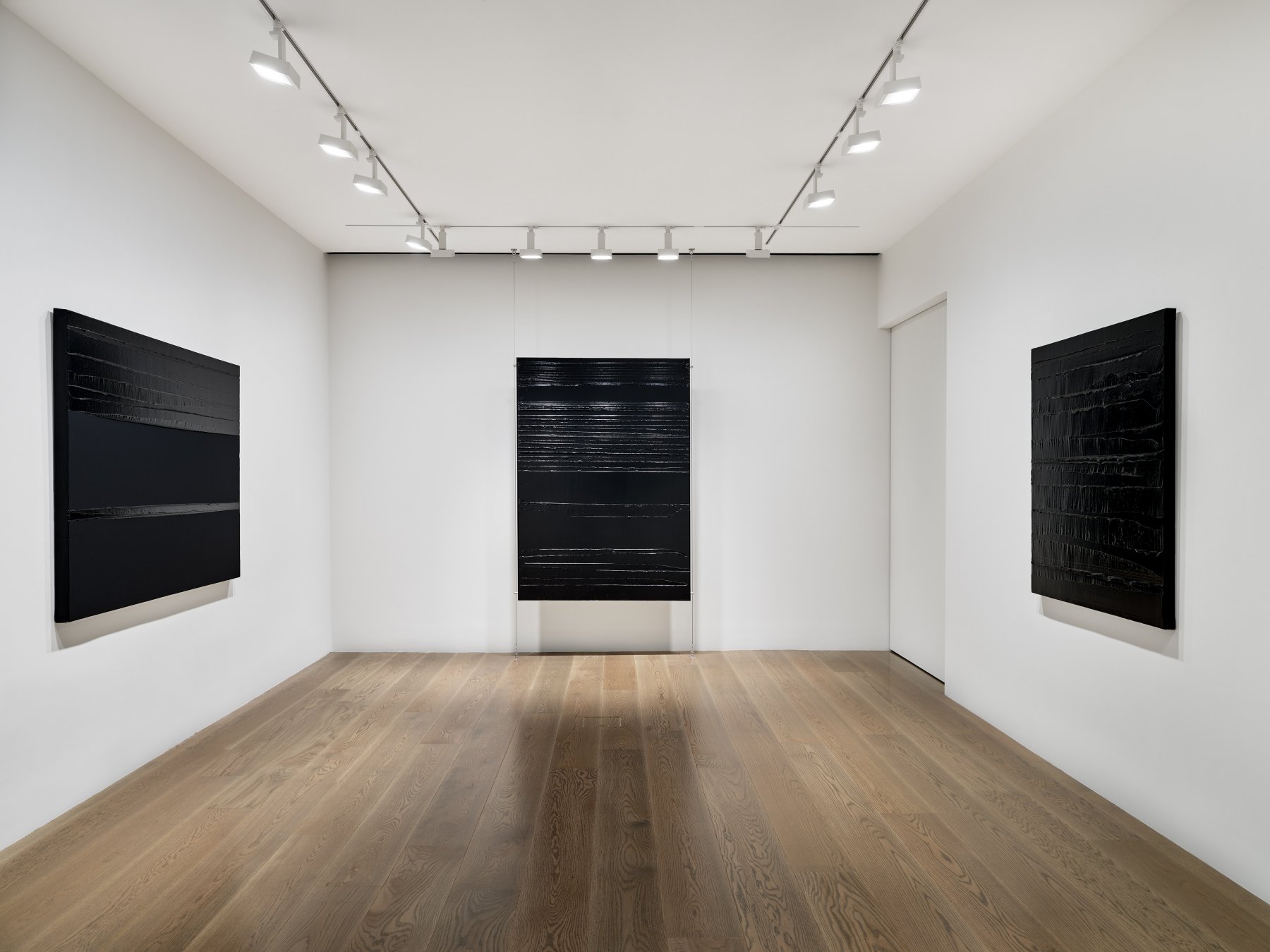 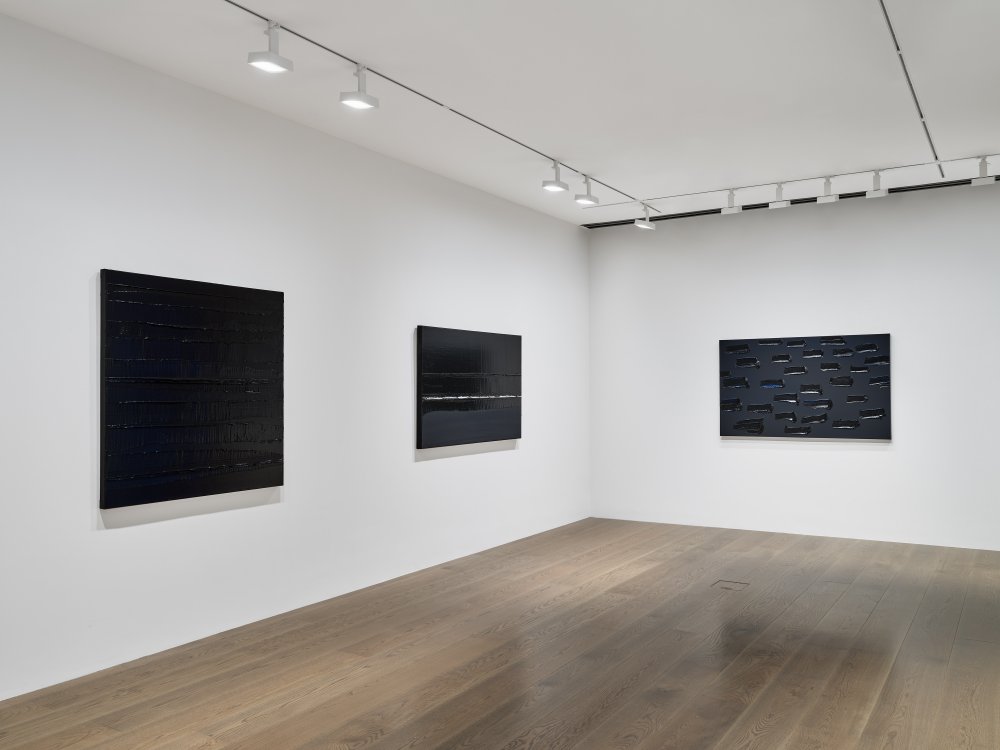 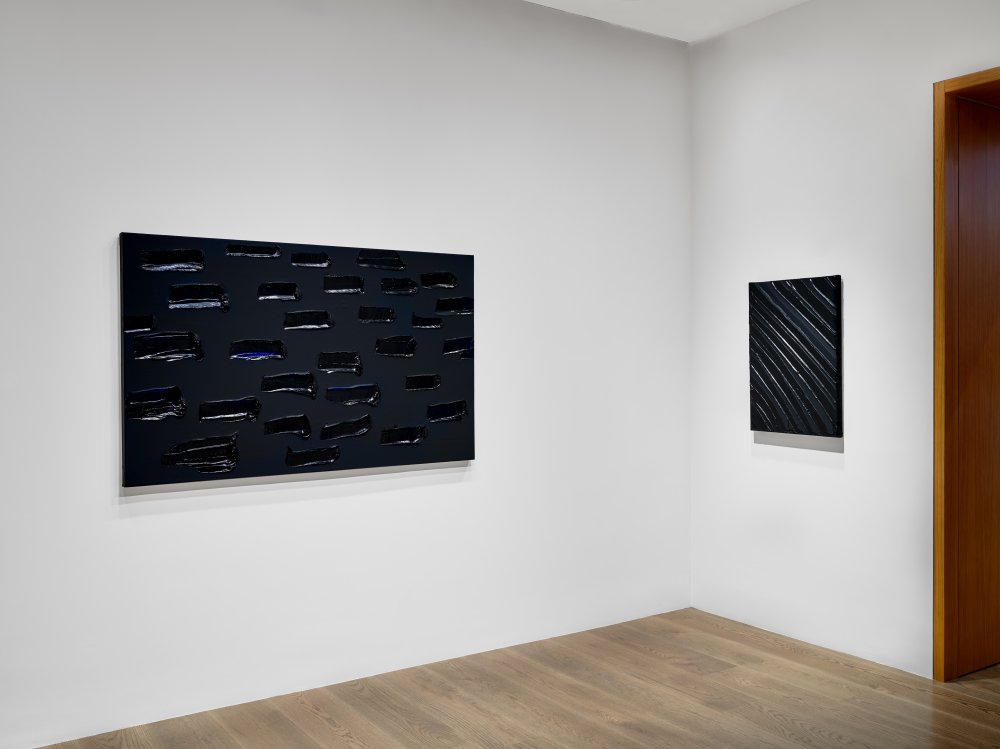 Pierre Soulages: Outrenoir is the first exhibition in Hong Kong organized with the artist. The gallery also presents a masterwork from 1953, an exceptionally rare example of a large-scale painting from a pivotal date in the artist’s career. This painting has not been seen in public for almost sixty years.

A contemporary of the American Abstract Expressionists and of artists working in Paris like his colleague and lifetime friend Zao Wou-Ki, Soulages has remained a key figure in the international developments of contemporary art for seven decades. Throughout his career, Soulages has explored the poetic possibilities of his radical approach to abstraction, which he continues to pursue as an active painter. His striking Outrenoir paintings—a term invented by Soulages which translates as “beyond black”—is an ongoing body of work that examines the physical and psychological qualities of visual experience through the use of black paint.

Applying dense layers of pigment to his Outrenoir works, Soulages treats black as a material—a conductor of light and dark—rather than as a color to be used in the service of representation. As the artist declared: “I love the authority of black, its gravity, its obviousness, its radicalism. Its potent power of contrast gives an intense presence to all colors, and when it lights up the darkest of them, it endows them with a dark grandeur. Black has unsuspected possibilities and, attentive to what I do not know, I set out to find them.”

Pierre Soulages: Outrenoir features recent works by the artist, some of which have been created over the past year, a testament to Soulages’s continuous experimental drive to develop his singular artistic language. Each canvas differs radically in form and texture, creating a dramatic optical interplay through its reflection and absorption of light. Exhibited for the first time ever, Peinture 102 x 165 cm, 15 janvier 2020, is the artist’s first use of a blue hue together with black pigment in over a decade, this canvas marks both an innovation as well as a revisitation of his past practice.