Lullin + Ferrari present the fourth solo exhibition of Pierre Haubensak at the gallery, a show dedicated to a new group of works realised in 2018 and 2019. 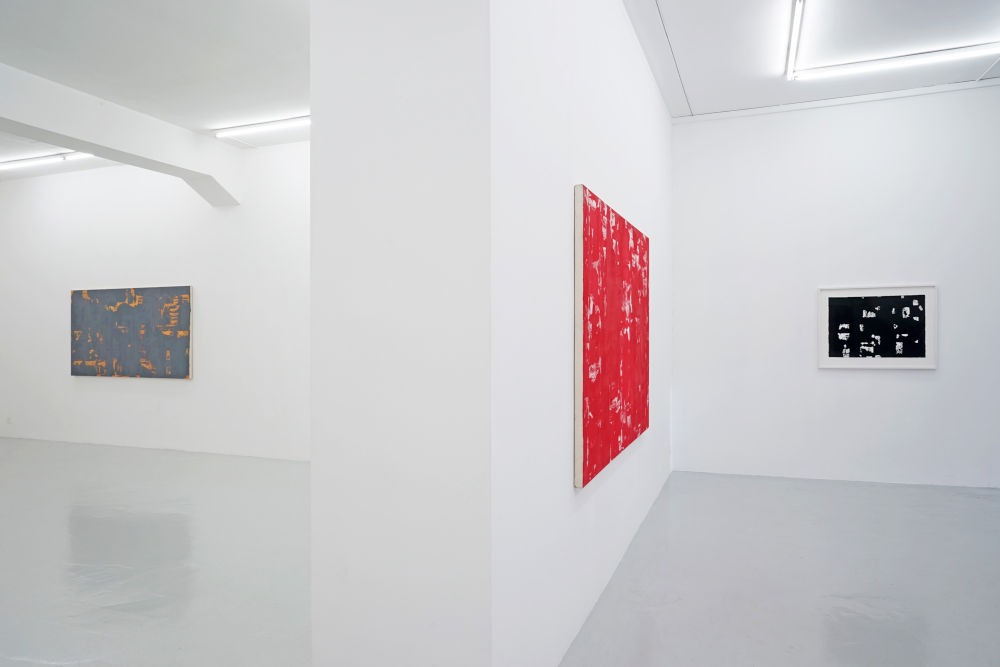 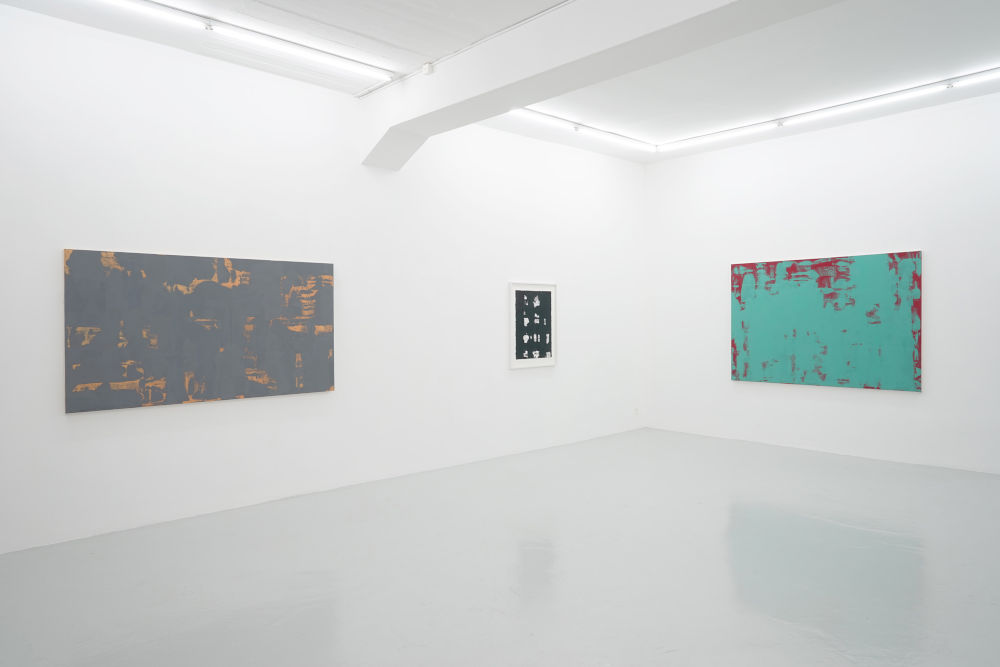 Hide-and-Seek is the overarching title for the new pictorial inventions and gives direction to their interpretation. As always, Haubensak exploits the possibilities of painting in this group of works. One of the most important criteria of these works is that Haubensak does not work with a brush at all, but uses only a 50 centimetres wide scraper made of sheet metal. He leads the scraper from the lower edge of the picture upwards and from left to right. Depending on the pressure, the artist allows different amounts of paint to reach the ground between the scraper and the canvas. This very physical work demands a lot from Haubensak, also because the work has to be done rapidly, as acrylic paint dries quickly.

The technique chosen allows little scope for spontaneous improvisation: Haubensak has to make seminal decisions for the picture design before the actual work can begin. It is important to determine the contrast of the two colours in advance. On a primed or raw canvas or jute he distributes the colour and makes compositional decisions. It is remarkable that some pictures in landscape format hold a horizon line and thus show something like landscapes. Haubensak distributes the colour “alla prima” in one go; he records configurations that oscillate between figuration and abstraction. The longer one looks at the pictures the more they reveal their differences. In the red picture on a white background in the first room, in addition to the horizon line already mentioned, diagonals can be seen, a group of three figures that tapers in perspective from the lower right towards the centre of the picture. The smaller black image on the left shows shades reminiscent of a black water surface. The raw canvas expresses its quality as a colour carrier. These images of twilight, claire-obscure, “entre chien et loup” demand an interpretive effort from the viewers. Discovering and recognizing seeing are in demand. Familiarity with earlier groups of Haubensak’s works, such as the series of diagonals, is an advantage.

In the second room, three paintings of the same size hang on the left wall, all painted on a rough monochrome jute ground. Their similarity invites a comparative examination. Due to their production, horizontal constellations predominate in all three paintings. Most clearly in the grey picture on the right, which reveals views of shadows. The middle picture, yellow ochre on Caput mortuum, has a grid construction and diagonal staggering from top left to bottom right. The left picture, red on a grey background, is most clearly committed to all-over painting. All the pictures in the exhibition could be continued beyond the picture field. On the opposite wall hangs a chrome-yellow, blue-grey wide format, which could suggest a view of a city at dusk and makes one think of an excerpt from a camera trip. In addition to the pictures on canvas, there are three paintings on hand made paper. They are fabricated using the same technique as the pictures on canvas and hold their own excellently next to the canvases. In the exhibition, Pierre Haubensak unfolds a sovereign late work worth a closer and in-depth view.