“If we project a ray of light onto a wall by passing it through a prism, we will see before us ‘Light’, in all its colors, the spectrum of ‘Light’. This is all about the physical appearance of colors, and these are subjects that are taught in school. There are, however, other ways of hearing and seeing colors for the effects they have on our mind and emotions. All sciences, from psychology to chemistry, use colors as symbols or evidence. But the most important characteristic of colors is that they stimulate our imagination and create emotions. “ 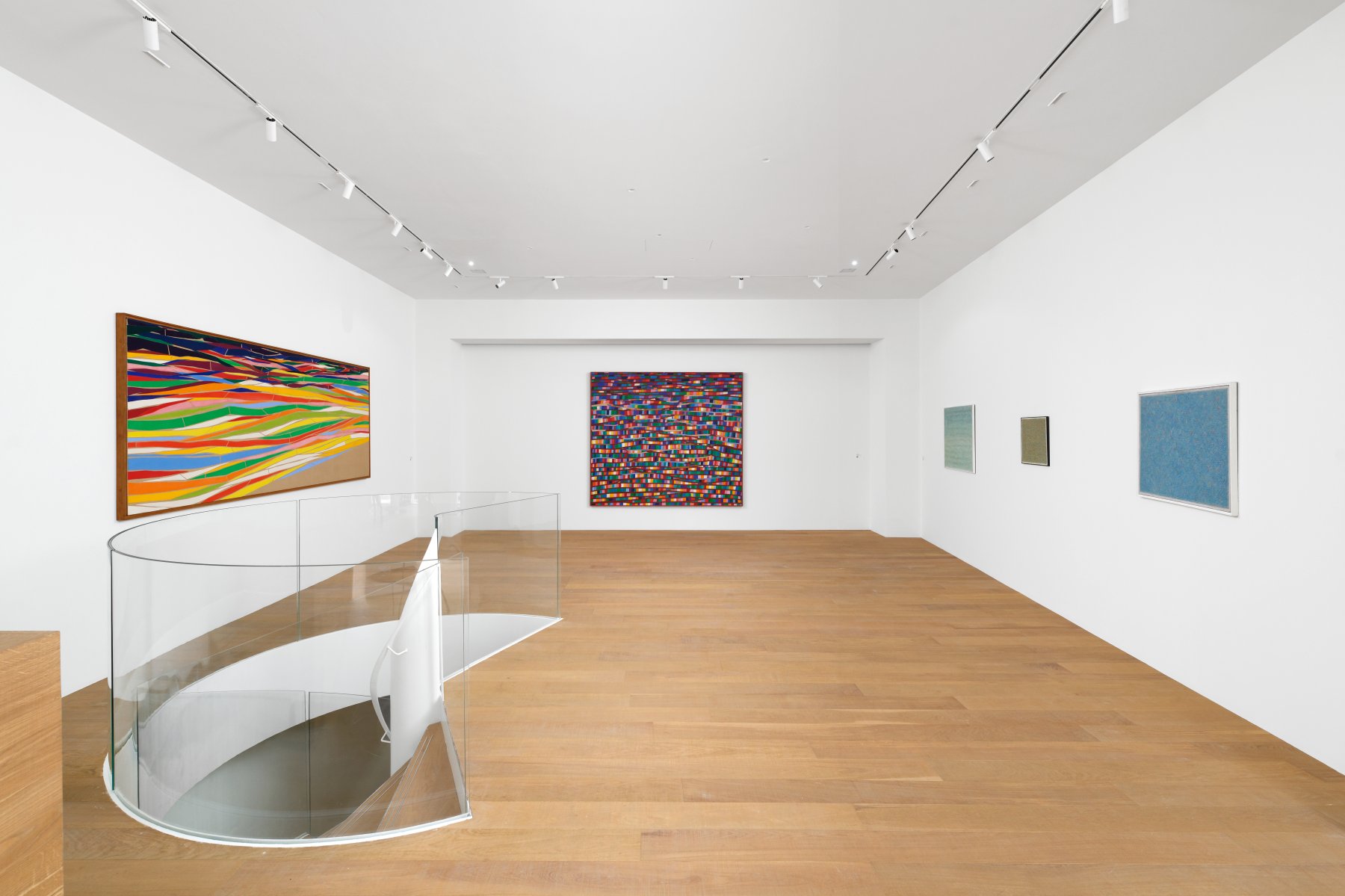 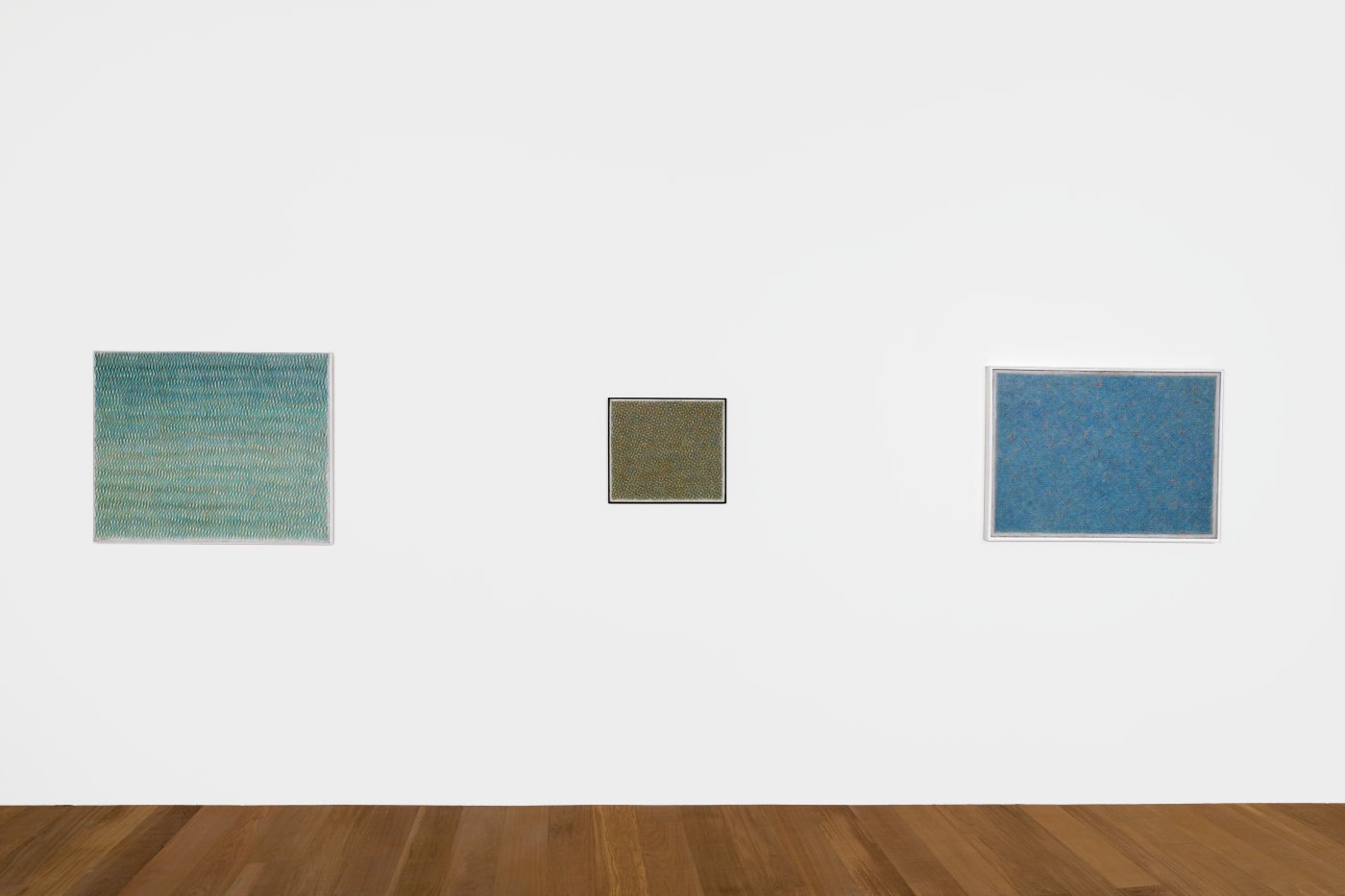 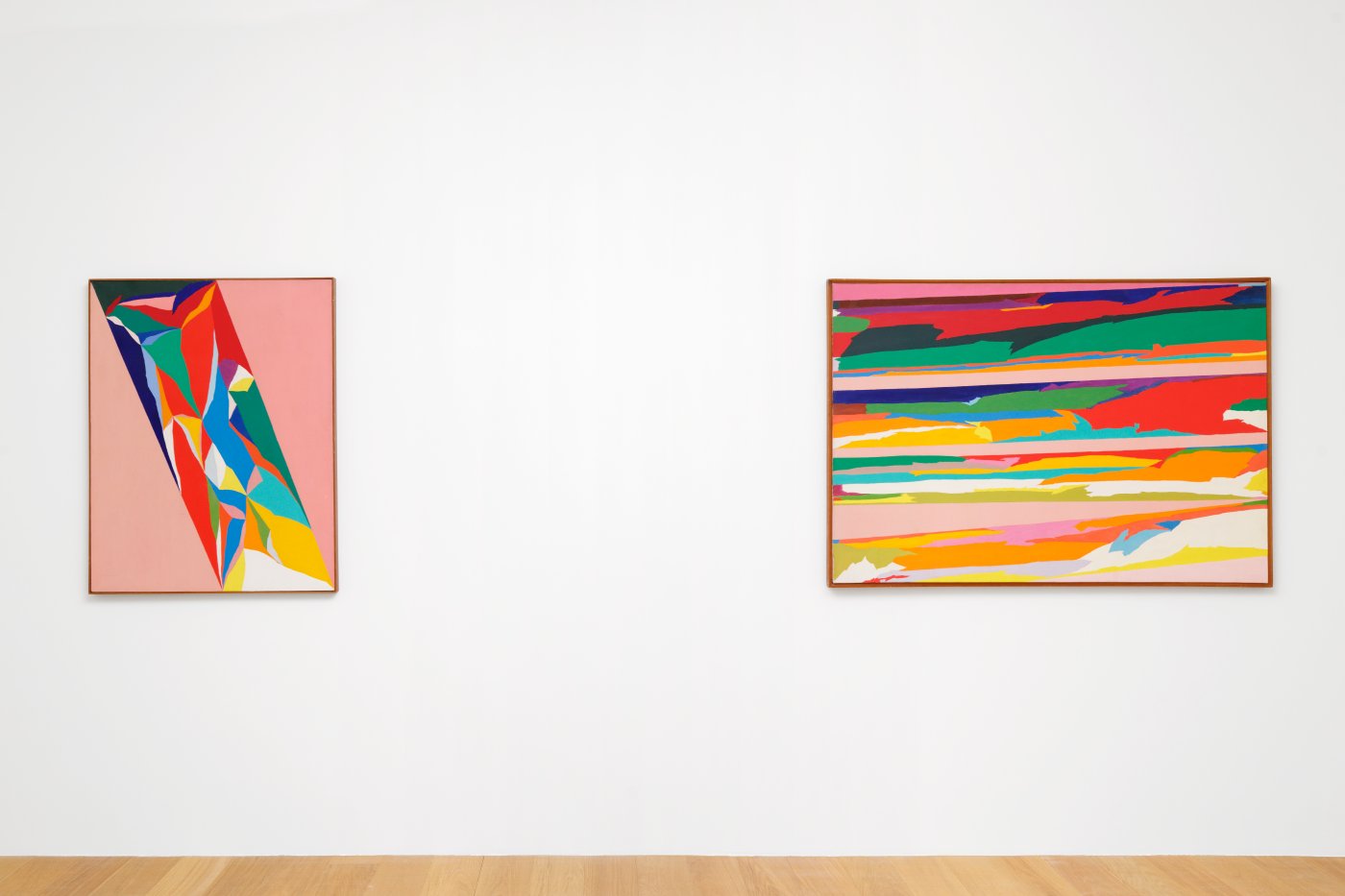 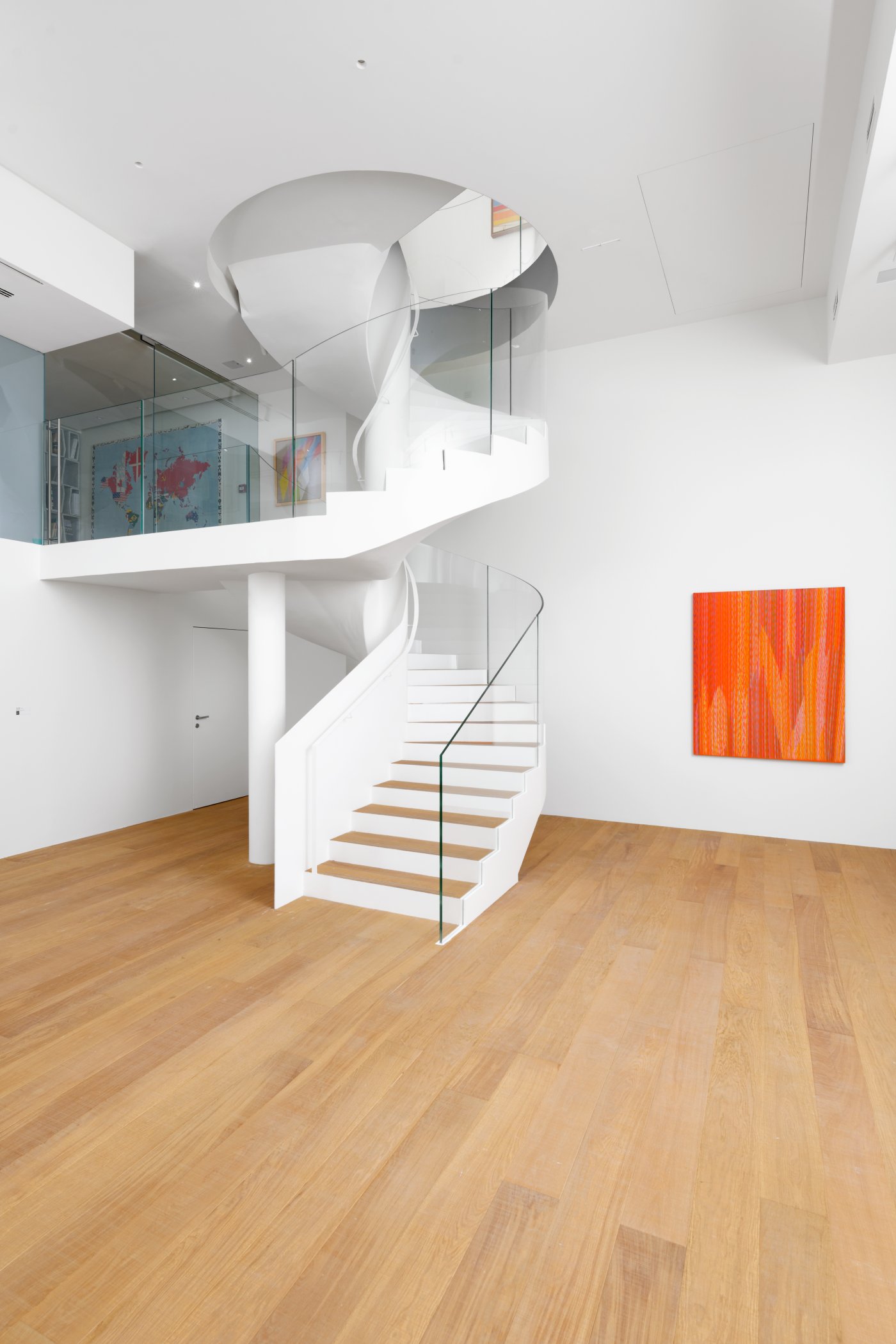 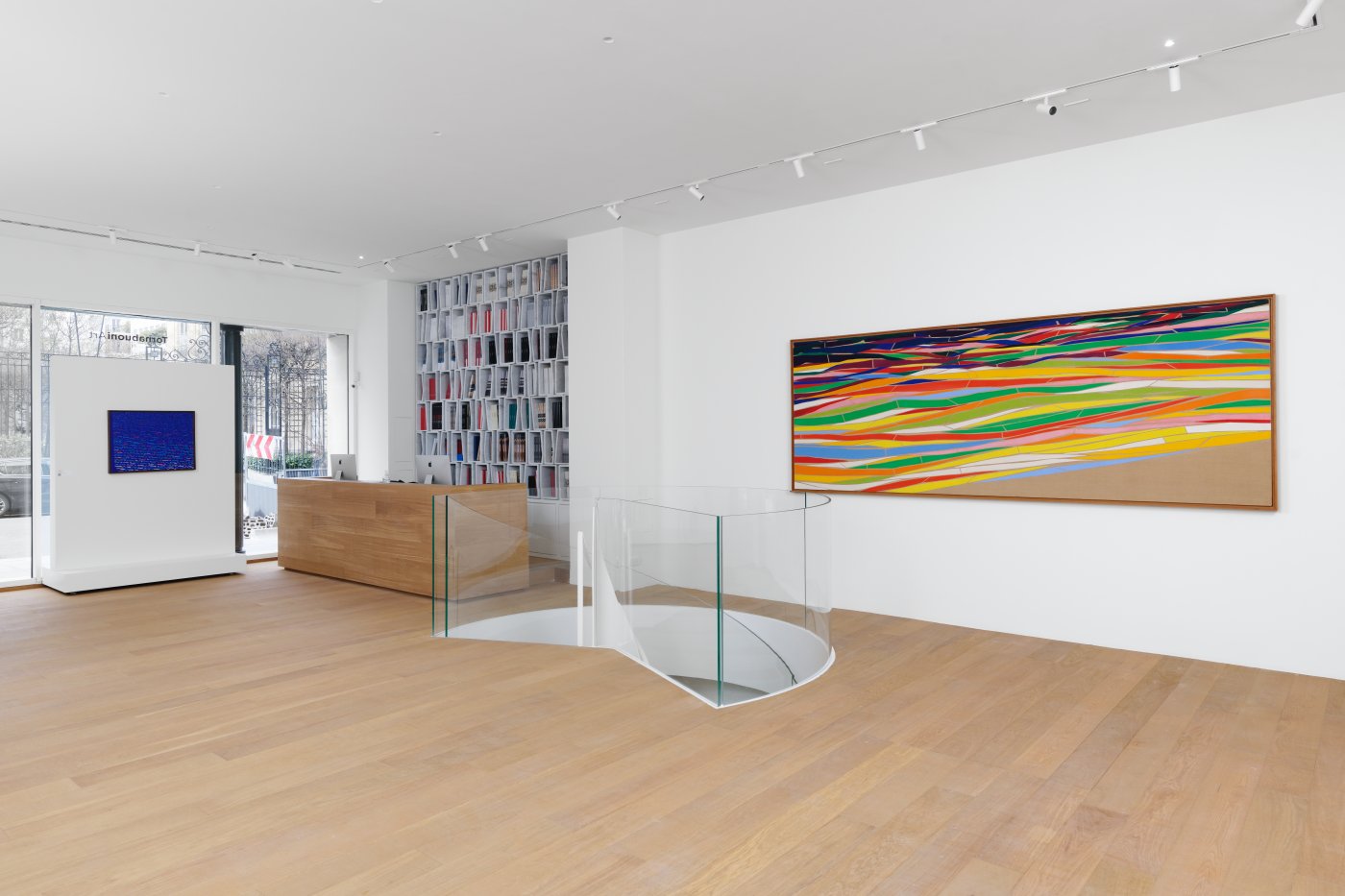 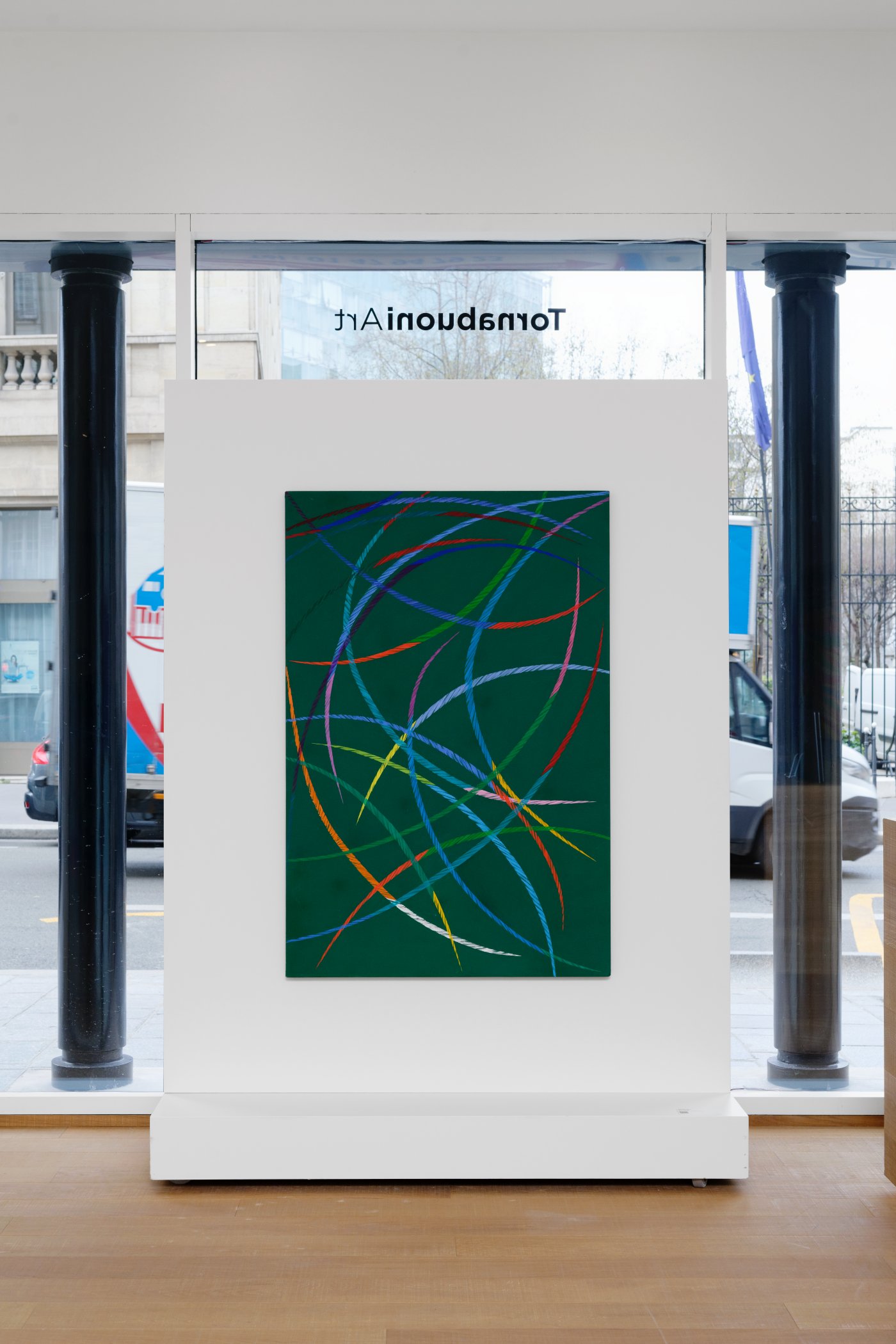 Born in Rome in 1927, Italian painter Piero Dorazio first studied architecture before turning to painting. He trained in the workshop of Aldo Bandinelli who was a teacher at the Accademia di San Luca in Rome. Attracted by the possibilities of oil painting, Piero Dorazio showed a passion for colours very early on, along with an interest for materials and techniques – preparation of the canvas, choice of paintbrushes, mixing of colours. It was around 1942-1943 that he first started painting small format still lifes and landscape paintings representing the countryside around Rome.

In 1947, after turning away from figurative painting, he wrote the Forma 1 manifesto, alongside Pietro Consagra, Achille Perilli, Carla Accardi and Giulio Turcato. Through this manifesto, Dorazio asserted his fondness for abstraction, which guided his entire career.

In October 1947, he received a scholarship from the French government, moved to Paris and studied at the École Nationale Supérieure des Beaux-Arts (ENSBA). Thanks to Gino Severini and his wife Jeanne, whom he had known in Rome, he met Georges Braque, Fernand Léger, Jean Arp, and Alberto Magnelli. It was Alberto Magnelli, who started doing abstract paintings as early as 1914, who introduced him to Francis Picabia, Le Corbusier, Antoine Pevsner, and Sonia Delaunay, but also to younger artists like Jean Dewasne, Serge Poliakoff and Victor Vasarely.

Dorazio was a painter but also an art critic, a lecturer and a curator. In 1984 he became the official art critic of Il Corriere della Sera, the first Italian newspaper.

Along with Achille Perilli and Mino Guerrini, Dorazio also managed a bookstore-gallery named L’Âge d’Or, which greatly impacted the Italian art at his time and became internationally known with the development of avant-garde reviews and the organization of abstract art exhibitions in Florence. L’Âge d’Or was a place of encounter for many artists of the time, such as Mark Rothko, Rufino Tamayo, Friedrich Hundertwasser, Libero Tancredi, Jean Dewasne, Roberto Matta, Léon Degand and Günther Franke. At the same time, André Bloc, director of the Paris-based newspaper Art d’Aujourd’hui asked Dorazio to be its Italian reporter. Dorazio was also nominated secretary of the Art Club International.

In 1953 and 1954, Dorazio was invited to participate to the Harvard International Summer Seminar held at the Harvard University of Cambridge. In autumn, he settled in New York for a year. Through Matta, he met Joseph Cornell, Robert Motherwell, Leo Castelli – then art collector – Enrico Donati and Marcel Duchamp. He became friends with Willem de Kooning, Franz Kline, Barnett Newman, Helen Frankenthaler and other New York personalities such as art critic Clement Greenberg, and later Kenneth Noland, whose art bears a striking resemblance with Dorazio’s. All his life, Dorazio maintained a close relationship with the United States, to the point of helping in the establishment and directing the then new Graduate School of Fine Arts at the University of Pennsylvania in the 1960s.

Cubist at first and then futurist, Dorazio focused on structure and rhythm, and used vivid colours and contrasts very early on. Movement – always controlled and related to play of light and colours – became the main characteristic of his art.

Dorazio truly found his personal style around 1957-1958 when he left behind the classical approach of composition and motif, and focused on the light and its sheen through the use of colours, their juxtaposition and overlapping – a technique that payed tribute to Giacomo Balla and his divisionism approach.

In 1959, Dorazio took part in the Italienische Malerei exhibition at the Kunsthalle of Baden-Baden and at the Documenta II of Kassel. In 1965, he was among the artists exhibited during The Responsive Eye show held at the Museum of Modern Art in New York, and later took part in many international exhibitions around the world.

In 1970, the Musée d’Art Moderne de la Ville de Paris organized the first retrospective exhibition of his work in France. In 1990, the biggest exhibition on Dorazio in France was held at the Musée de Grenoble – and then travelled to Bologna – with the help of Serge Lemoine. It was accompanied by the publication of a major catalogue on his work written by Nathalie Vernizzi.