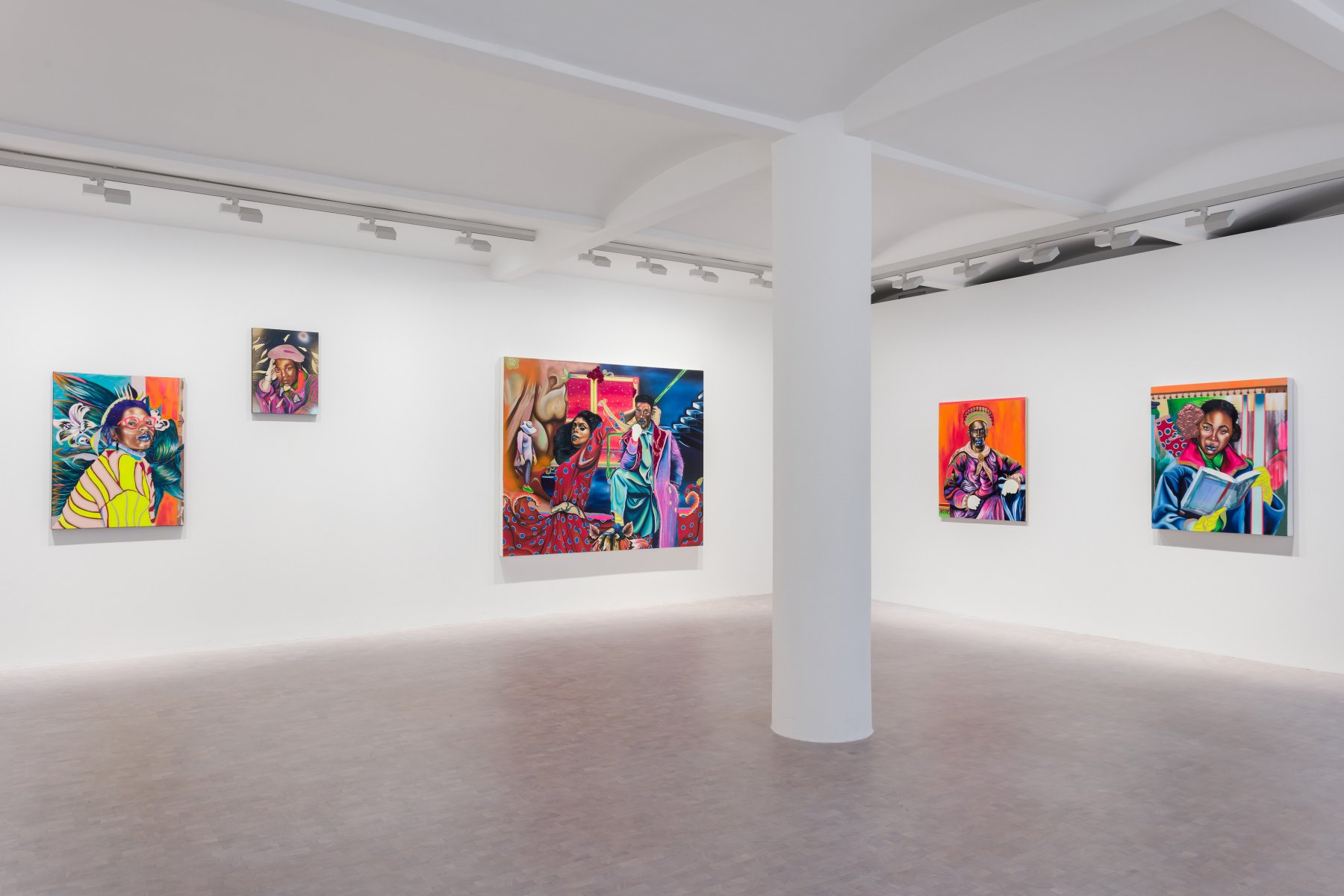 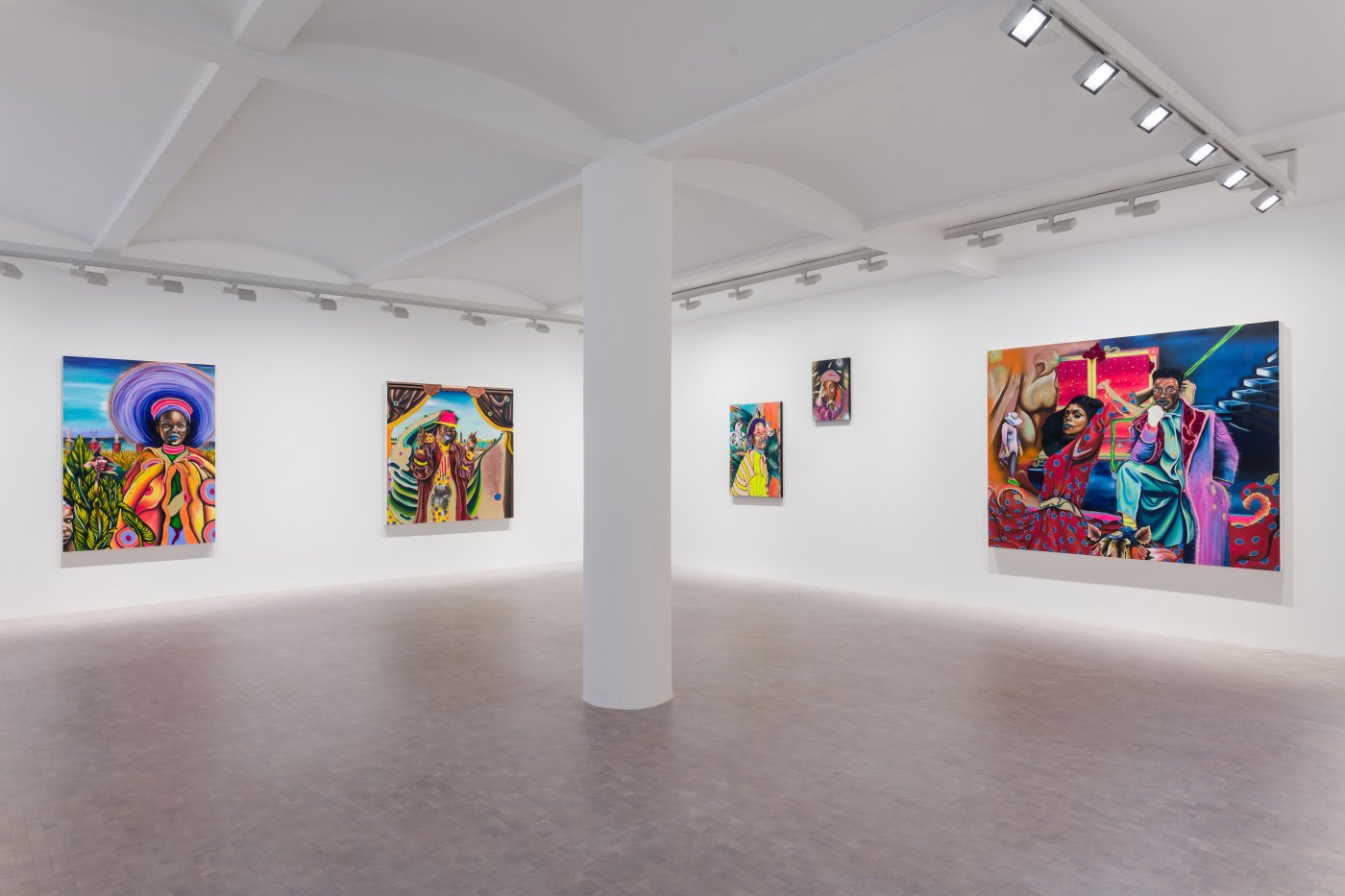 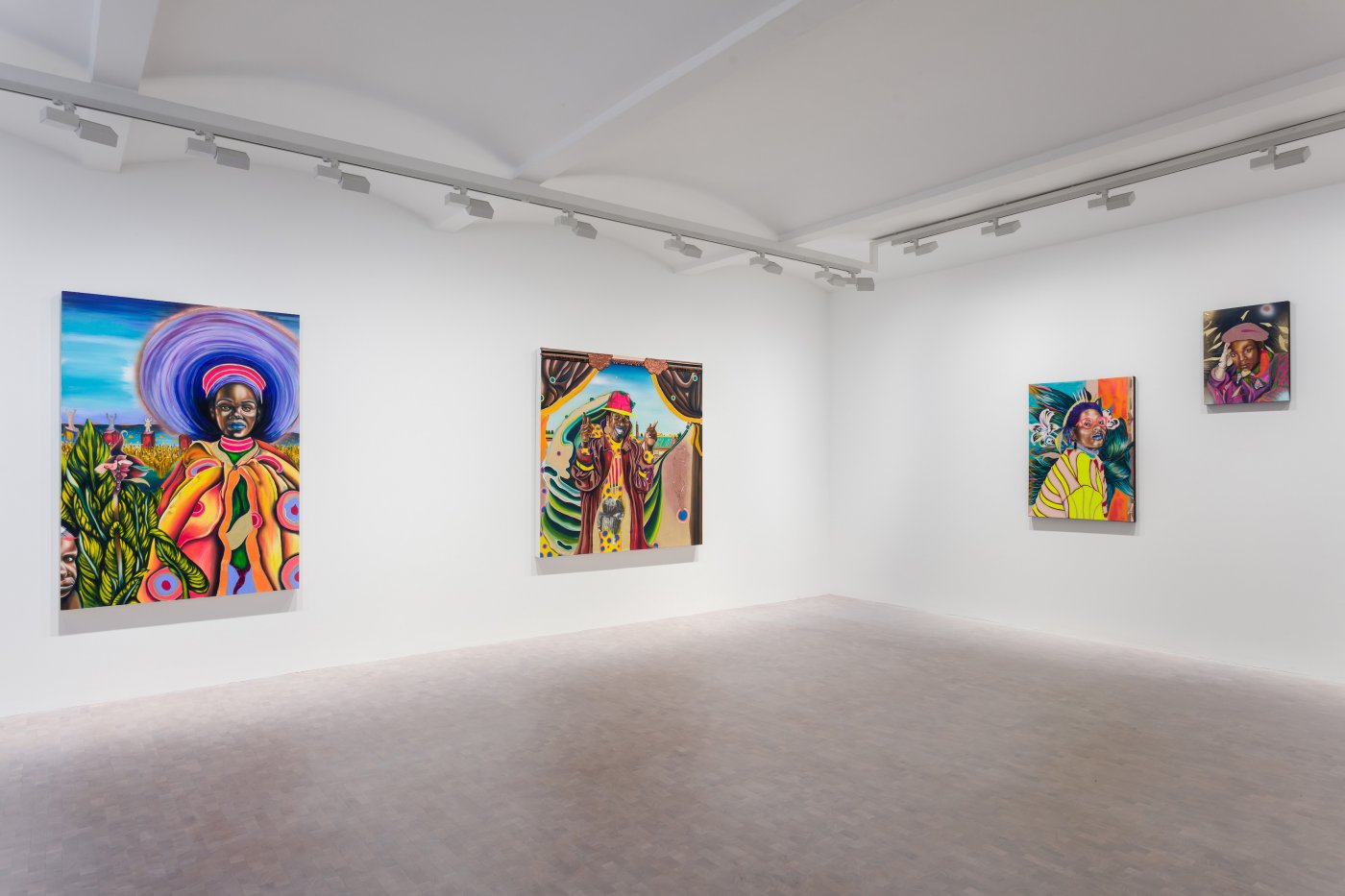 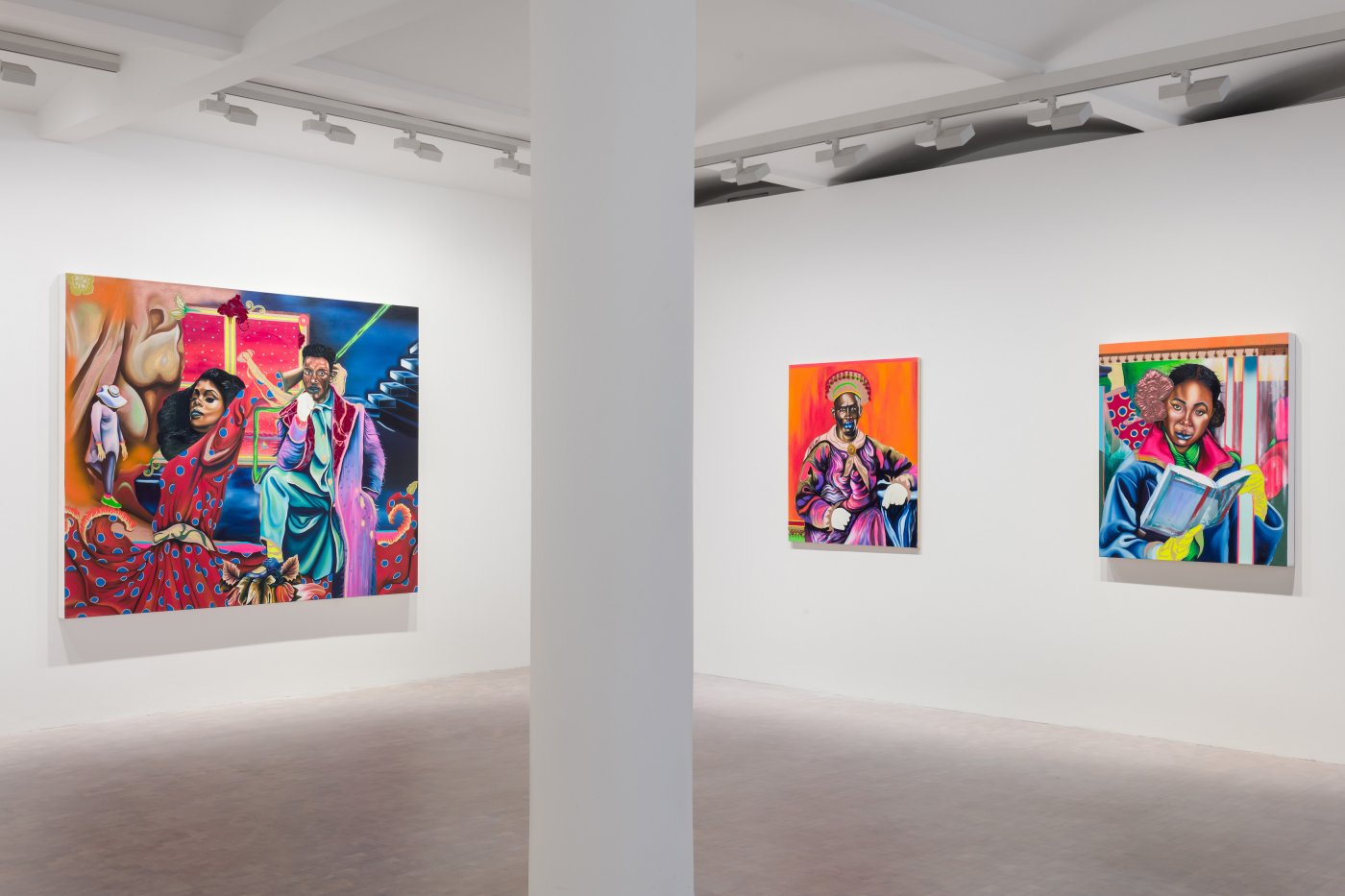 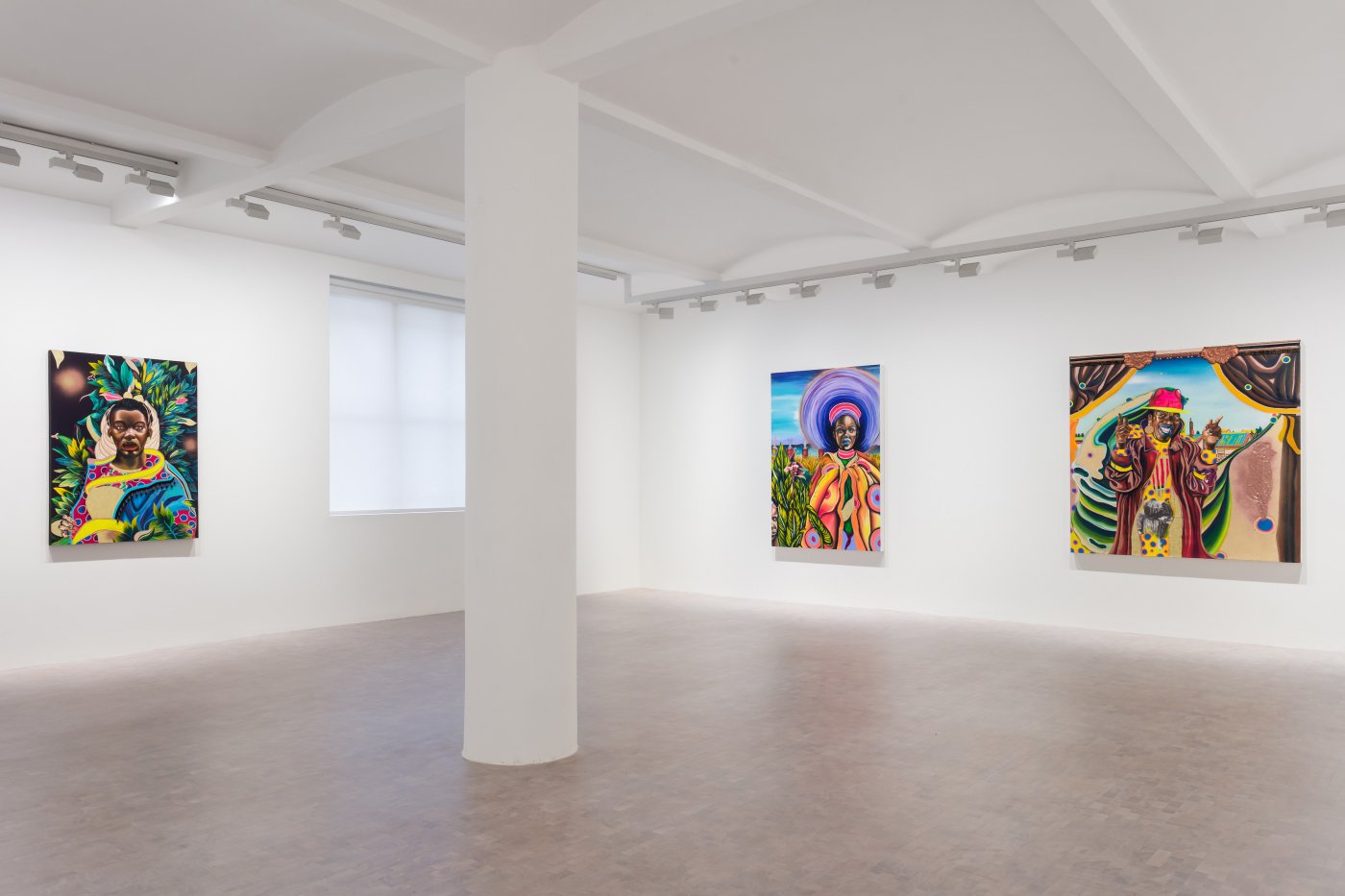 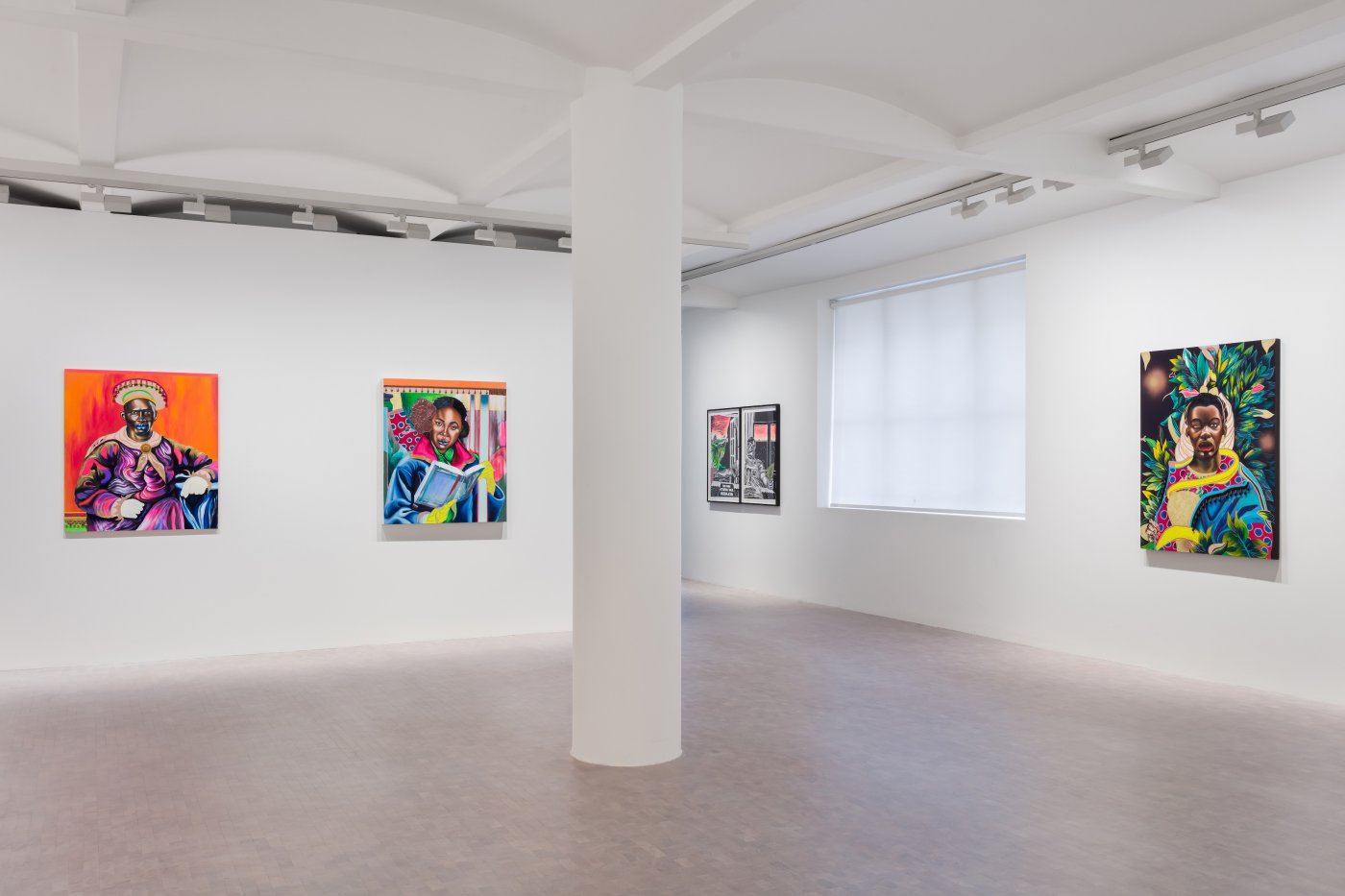 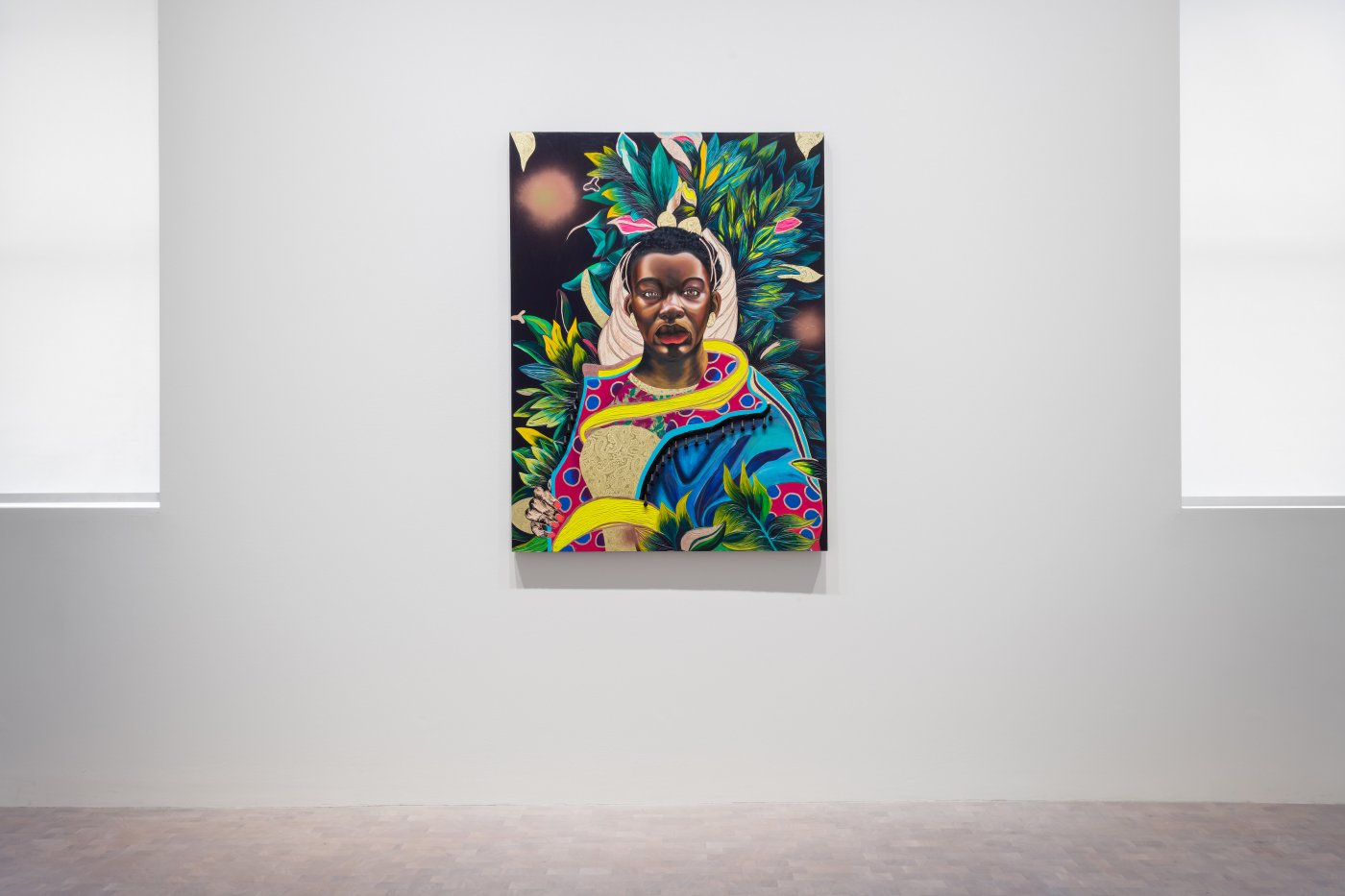 Becoming water from the same source responds to the personal, yet shared process of self-discovery, prompted by the artist’s recent relocation to Johannesburg – his hometown – after a number of years spent working in the United States. This new body of work reconciles past and present identities through a celebration of the individuals that have shaped him. Through reintegration, Tshabalala negotiates ideas of home and belonging. A metaphor for this process, the exhibition’s title, Becoming water from the same source, explores adaptability, resilience, and abundance. At a moment of political and social change, this image – drawing on ideas from eastern philosophy to inspirational lives lived – finds joy and promise in the journey.

Viewing his practice as an extension of his existence within a community, Tshabalala depicts those he has encountered and fictional individuals that represent this experience. The artist establishes his subjects within vibrant spaces that amplify the presence of each. Dramatic skies, an abundance of leafy organic matter, and intensely coloured interiors frame his figures with a surreal theatricality that elevates each encounter beyond the quotidian. In a similar way, the figures are dressed flamboyantly, with sumptuous folds of drapery, vivid patterns and pigments that express complex characters. Amongst the exuberance of colour, form, pattern, and texture, faces shine out serenely. Softly rendered with a luminous application of oil paint, each appears to emanate the mythical or divine.

The artist further explores this liminal space – located between reality and fantastical possibility – by fragmenting the picture plane through his treatment of surface. Drawing on his background in printmaking, Tshabalala often carves into the wooden panel, a process both destructive and creative. Elsewhere, he adds collaged elements – reflective papers, textiles, and three-dimensional adornments – that counter the work’s perspective. Through this practice of making, and disrupting space, Tshabalala seeks to reassess established narratives, presenting new perspectives replete with possibility.