What unites graphic design, stage design, photography and cinema is this interest in the new, in the development of both technology and contemporary artistic language,” wrote Wojciech Zamecznik in 1961.

The dialogue between photography and the graphic arts begun in the first two decades of the 20th century would prove especially fecund in the two-and-a-half decades following the end of the Second World War (1945–69). This exhibition looks at the post-war interaction of the two disciplines through some hundred photographs and other pieces drawn from the holdings of the Centre Pompidou and from public and private collections abroad. 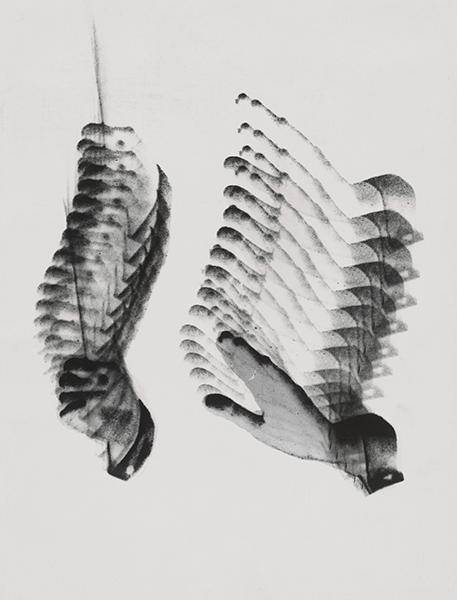 Often little known, these works cast light on an important phase in the relationship between photography and the graphic arts. While many graphic designers explored the use of photomontage, others favoured the formal abstraction that photography offered. Obtained by ingenious experimentation, their photograms and light drawings were used in advertisements, cultural posters, book covers and record sleeves. The representatives of this new visual sensibility were in great part trained or inspired by the Bauhaus. A pioneer in uniting the fine and applied arts, the school had seen the designer as an agent of society charged with the expression of the contemporary spirit. The books of the leading figures of the Bauhaus would exercise a decisive influence on these post-war photo-graphic artists, among them Laszlo Moholy-Nagy’s Painting, Photography, Film (1925) and Vision in Motion (1947) and György Kepes’s Language of Vision (1944) and The New Landscape in Art and Science (1956).

The lessons of the Bauhaus were taken up by a generation of innovative practitioners, figures as different as Gérard Ifert (Basel, b. 1929), William Klein (New York, b. 1928) and Wojciech Zamecznik (Warsaw, 1923–67) who developed new, “photo-graphic” forms of expression in the 1950s and ’60s. Though they worked for the most part in different fields, they operated in very similar cultural contexts, influenced not only by the legacy of the Bauhaus but also by concrete art and such contemporary developments as gestural abstraction and kinetic art. Through the photographic recording of light, the play of colours and a rhythmically repetitive deployment of images, all three sought to capture the sense of dynamism characteristic of industrial society, as expressed in speed, ultra-mobility and the experience of the crowd.