Timothy Taylor, New York presents the complete collection of Philip Guston lithographs; 25 works created by the artist and published by Gemini G.E.L. in 1980, the year of his death. 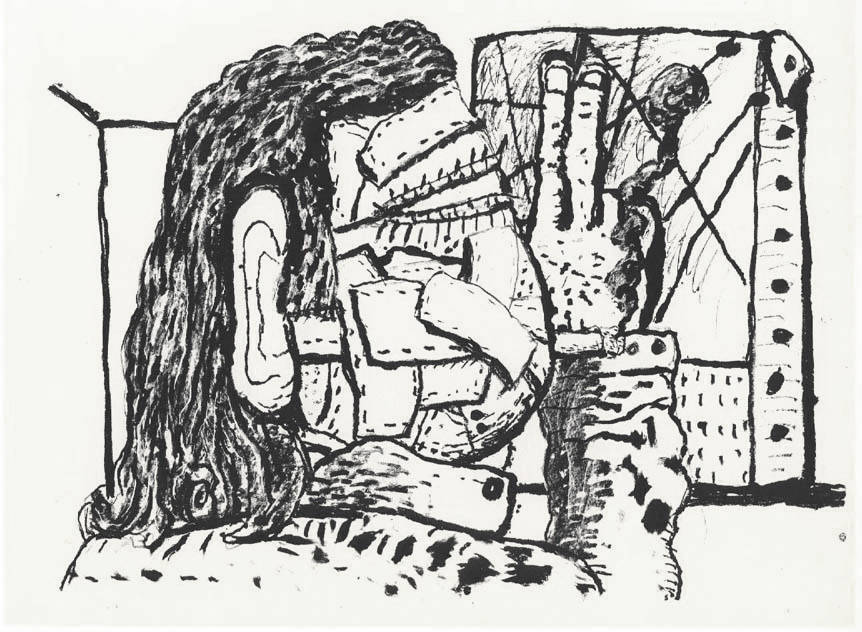 The lithographs represent the apotheosis of Guston’s visual language and read as a lexicon of the emblems that characterize his distinct iconography. Prior to the collaboration with Gemini, Guston had made very few prints in his life, generally preferring to draw. Yet in his last years, at ease with his established vocabulary, he decided to revisit the medium, perhaps recognizing a desire and the opportunity for wide dissemination. Guston had suffered a heart attack the previous year, which brought an increasing feeling of fragility and concern with mortality. In light of this existential moment, “the rapidity of the lithographic process enabled him to produce an abundance of new images without the physical effort needed to paint large-scale canvases”.

Guston had cemented his iconic visual language in the 1970s, the most prolific period of career. He drew with a desire to present the world as it was and not as portrayed in the elevation of other contemporary movements. To create his images, Guston would capitalize on the naturally hallucinatory state of sleep, going to bed early so as to wake in the middle of the night, when he would rush to the studio in a dreamlike fervor. These bouts of creativity allowed Guston to channel both cognizant and subliminal thoughts, resulting in works imbued with an uncanny power. As the Tate noted upon its acquisition of a group from the series, “These lithographs contain a mixture of reality, fantasy, caricature and naturalistic observation which characterizes all of Guston’s late work and which endows a biomorphic celebration of life with both pathos and humour”.