Petrit Halilaj: Do you realise there is a rainbow even if it’s night!?

Petrit Halilaj: Do you realise there is a rainbow even if it’s night!?

51 Brook Street, W1K 4HR Petrit Halilaj: Do you realise there is a rainbow even if it’s night!?


From the age of seven, everything I felt in connection with a rectangle of framed sunlight was dominated by a single passion. If my first glance of the morning was for the sun, my first thought was for the butterflies it would engender. […] [A] rare visitor, a splendid, pale-yellow creature with black blotches, blue crenels, and a cinnabar eyespot above each chrome-rimmed black tail […] kept restlessly jerking its great wings, and my desire for it was one of the most intense I have ever experienced.
Vladimir Nabokov, Speak, Memory

As is often the case in the work of Petrit Halilaj, Do you realise there is a rainbow even if it’s night?! appears to be the materialisation of a dream or a traditional folk tale. 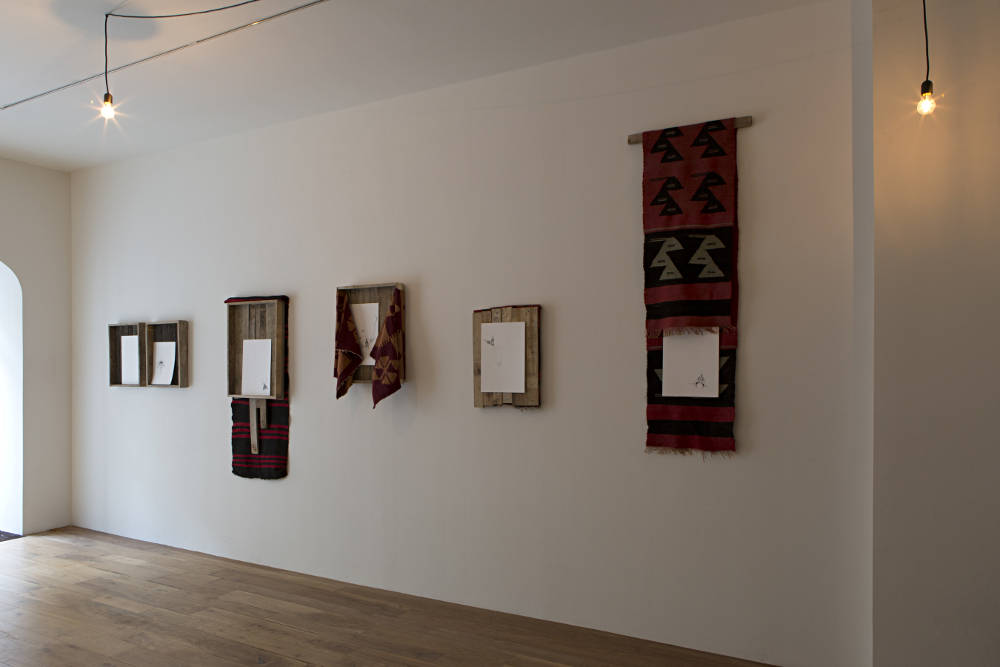 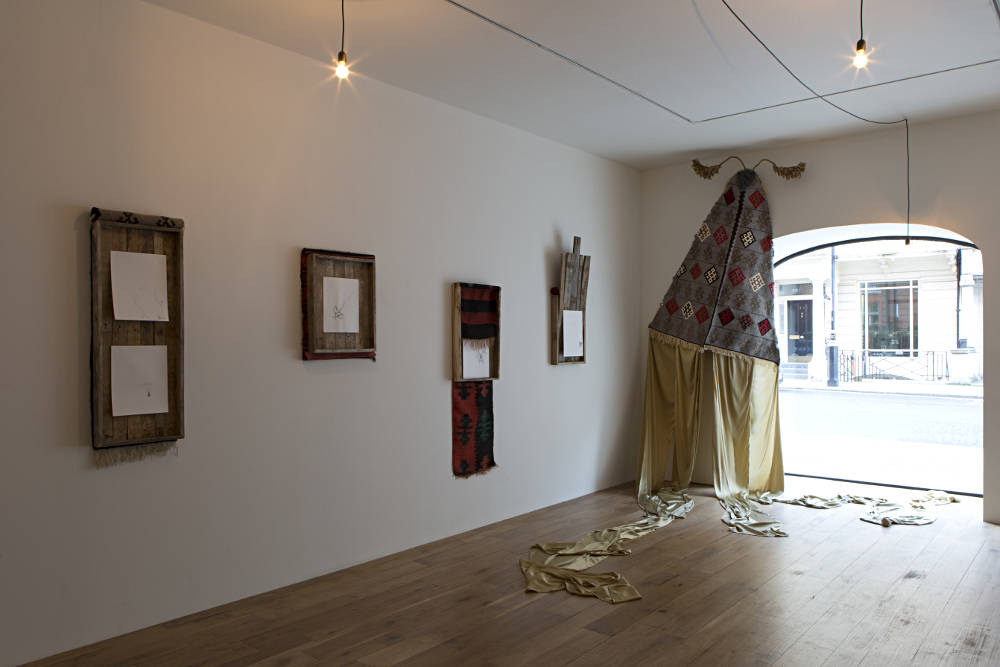 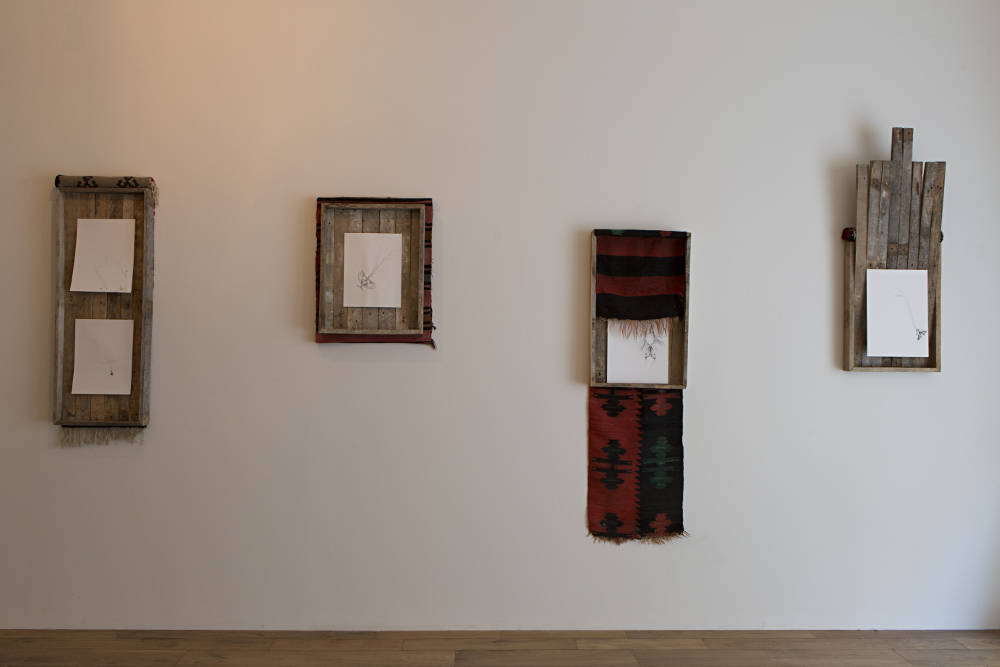 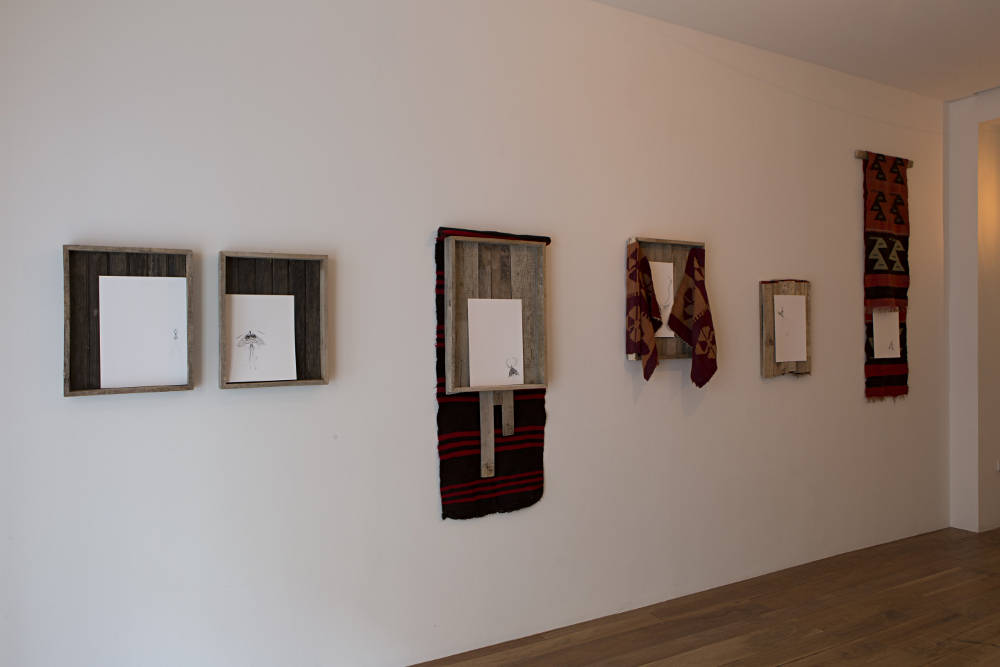 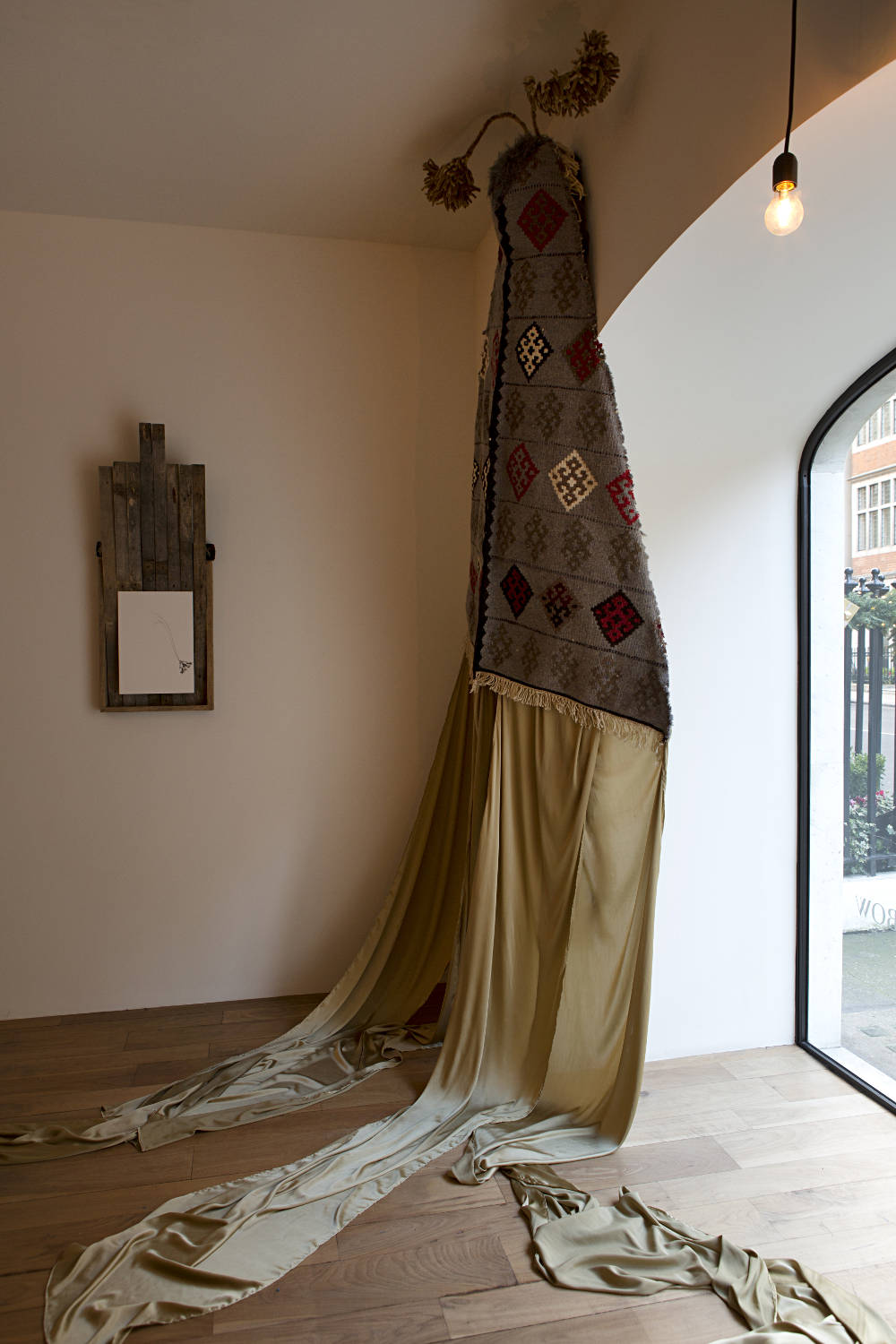 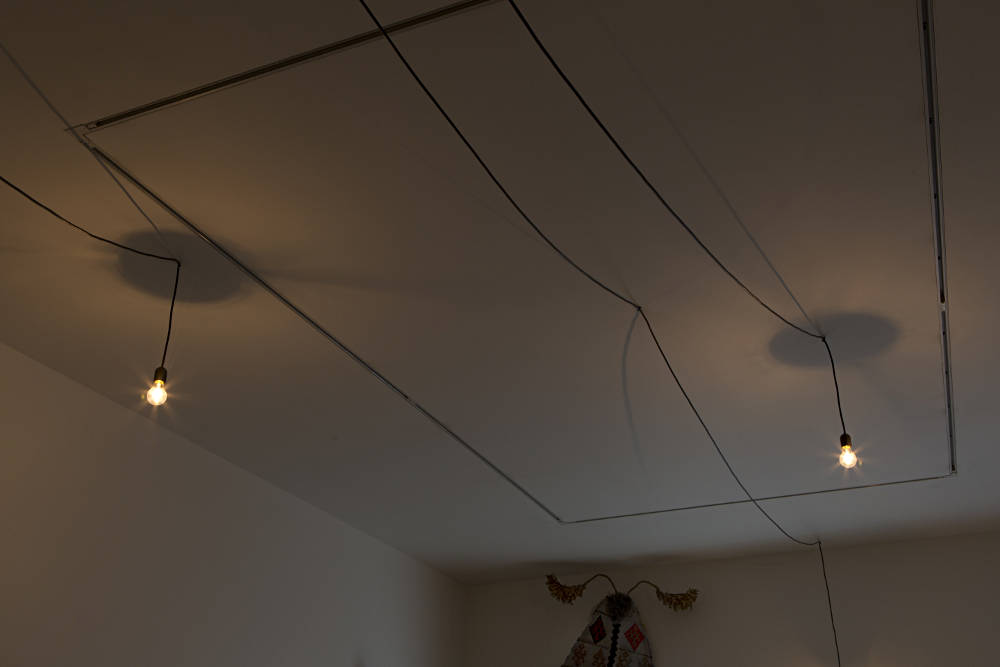 His fascination with Lepidoptera, at least a precocious as Vladimir Nabokov’s, comes from the moths he used to chase as a child in his family home in Kösterc, as they narrowly missed burning their wings on the hanging lightbulbs. He was twelve when his family was forced to flee the war in Kosovo for a refugee camp in Albania, where he learned to draw by sketching the animals living around him. A former student of the Brera Academy in Milan, since 2009 Halilaj has been developing a body of work that is at once autobiographical and deeply inscribed in the collective history. His monumental installations tell stories of exile, war, and nostalgia for his lost homeland, without ever falling into drama or pathos. Like the insects he collects or the canaries he lets fly around his studio, whose presence he convokes in most of his work, his drawings and sculptures all border on a highly delicate sensibility. For Halilaj, fiction and imagination, metaphor, humour, and poetry all play a roll in an engaged, political and social struggle.

For his solo exhibition at kamel mennour in London, Petrit Halilaj has made an installation based on the project he presented for the 57th Venice Biennale. The piece, with its unchanging title, Do you realise there is a rainbow even if it’s night?!, was initially made of Kilim rugs from Kosovo that he cut up and stitched together with his mother in order to turn them into moths.

Invited to put on his first solo exhibition at the Prishtina Centre for Contemporary Art in 2009, Halilaj found in an abandoned reserve in the Natural History Museum its collected of Lepidoptera. The discovery led first of all to a series entitled Cleopatra, in which revolving electric lights imitated the movement of the insects in the dark, then to the monumentally scaled moths he exhibited in the Arsenal pavilion in 2017.

The recent discovery of Nabokov’s butterfly drawings together with photographs of different species of Lepidoptera found on the net are the inspirational sources of Halilaj’s new work, made up of meticulous drawings in pencil or ink. With their delicate lines, they resemble scientific drawings like those made by explorers in the seventeenth and eighteenth centuries when they discovered new species of animals. Halilaj’s ink drawings are particularly influenced by the graphic work of the German naturalist Alexander von Humboldt, whose encyclopaedic plates showing birds and Lepidoptera can be found piled up around Halilaj’s studio. The sheet of paper is like a space in which the insects seem to be resting. Those drawings are also the starting point of potential moth sculptures, or accompany the creative process of making this fictional and surreal creatures.

Petrit Halilaj has made cases for each of them out of recycled wooden crates and packed them under traditional Kilim rugs that partly cover, partly reveal them. Making costumes with his mother in Prishtina and makeshift wooden crates in Runik like the ones he used to make with his grandfather testify to the importance of his homeland, his Heimat, and of the notion of identity in his work. Where the family home is imagined as a workshop, each step of the project becomes the pretext for an intimate dialogue with his origins and for a return to the innocence of childhood, as if it was a matter of harnessing creation to practice an ‘invisible activism’ capable of ‘transforming the future world little by little’.

The electric lighting blurs the boundary between the reality of a museum environment, of a cabinet of curiosities, and the illusion of a place invaded by a multitude of insects. The wooden boxes, like Joseph Cornell’s ‘poetic theatres’, allow each viewer to project her own memories into them. The monumental moth costume, at once beautiful and grotesque, seductive and funny, seems, like Kafka’s monster in The Metamorphosis, to be a response to the absurdity of the contemporary world. The symbolism of metamorphosis that is associated with Lepidoptera, together with their vulnerability, are also, in his language, the Other, the refugee, the homosexual, or a metaphor for the resurrection of the Kosovar people today.

Born in Kostërrc (Kosovo) in 1986, Petrit Halilaj lives and works in-between Germany, Kosovo and Italy. His work has already been shown in several solo exhibitions at the New Museum, NYC, at Hangar Biccoca in Milano, at the Kölnischer Kunstverein in Köln, at the Bundeskunsthalle in Bonn, the National Gallery of Kosovo, Prishtina, the Kunshalle Lissabon, Lisbon, the Fondation d’Entreprise Galeries Lafayette, Paris, the WIELS – Contemporary Art Center – , Brussels ; as well as in group shows at the 57th Venice Biennale, the Merz Foundation in Torino, the MAK Center for Art and Architecture in Los Angeles, the Palazzo Grassi in Venice, and the Westfälischer Kunstverein, Münster.

from the 360º view of Petrit Halilaj: Do you realise there is a rainbow even if it’s night!? / @kamelmennour London, until Fri 26 Jan / visit GalleriesNow.net/360-art for more 360° views #360art #360photo #KamelMennour #PetritHalilaj #London #firstlookart #contemporaryart #GalleriesNow