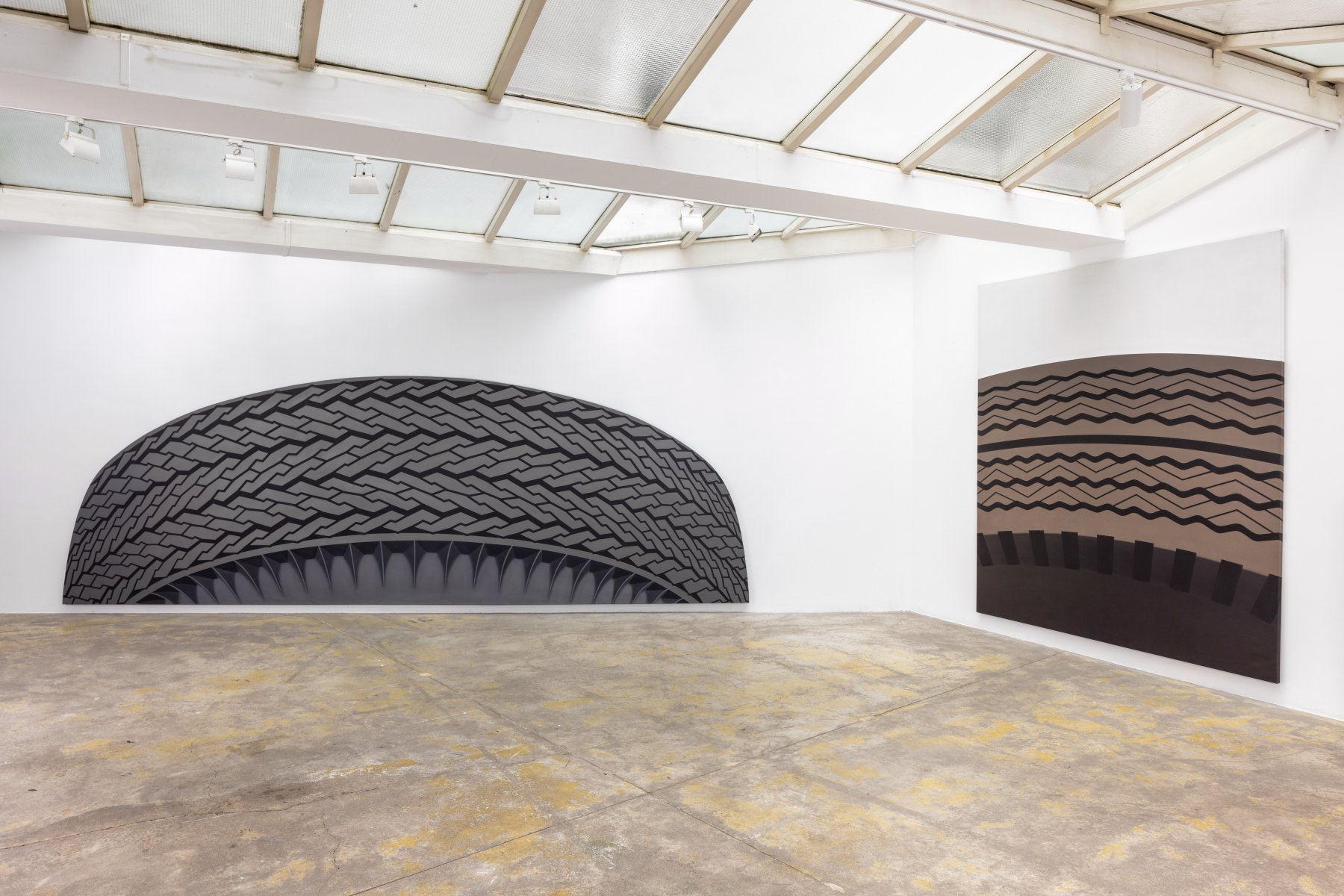 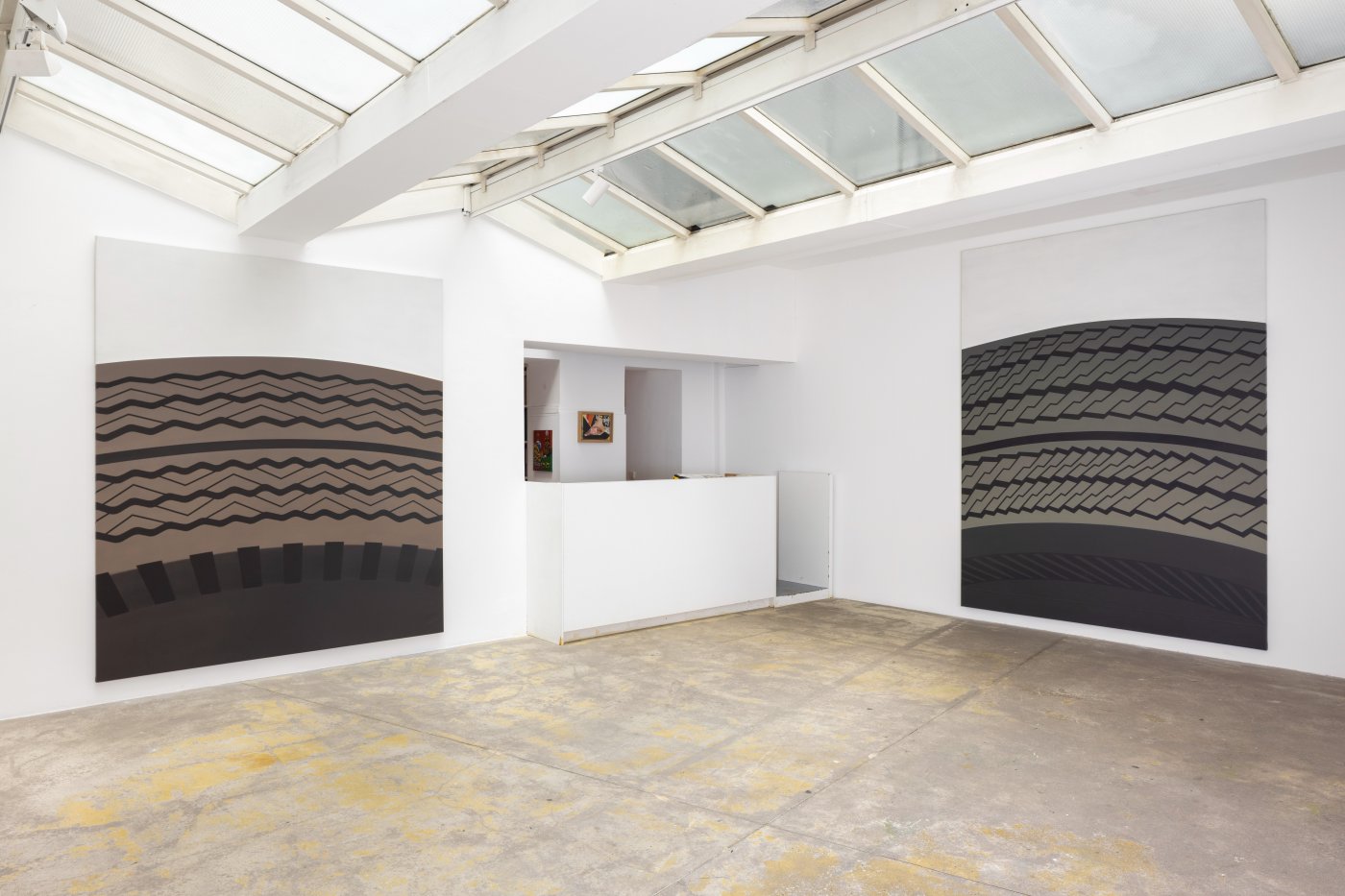 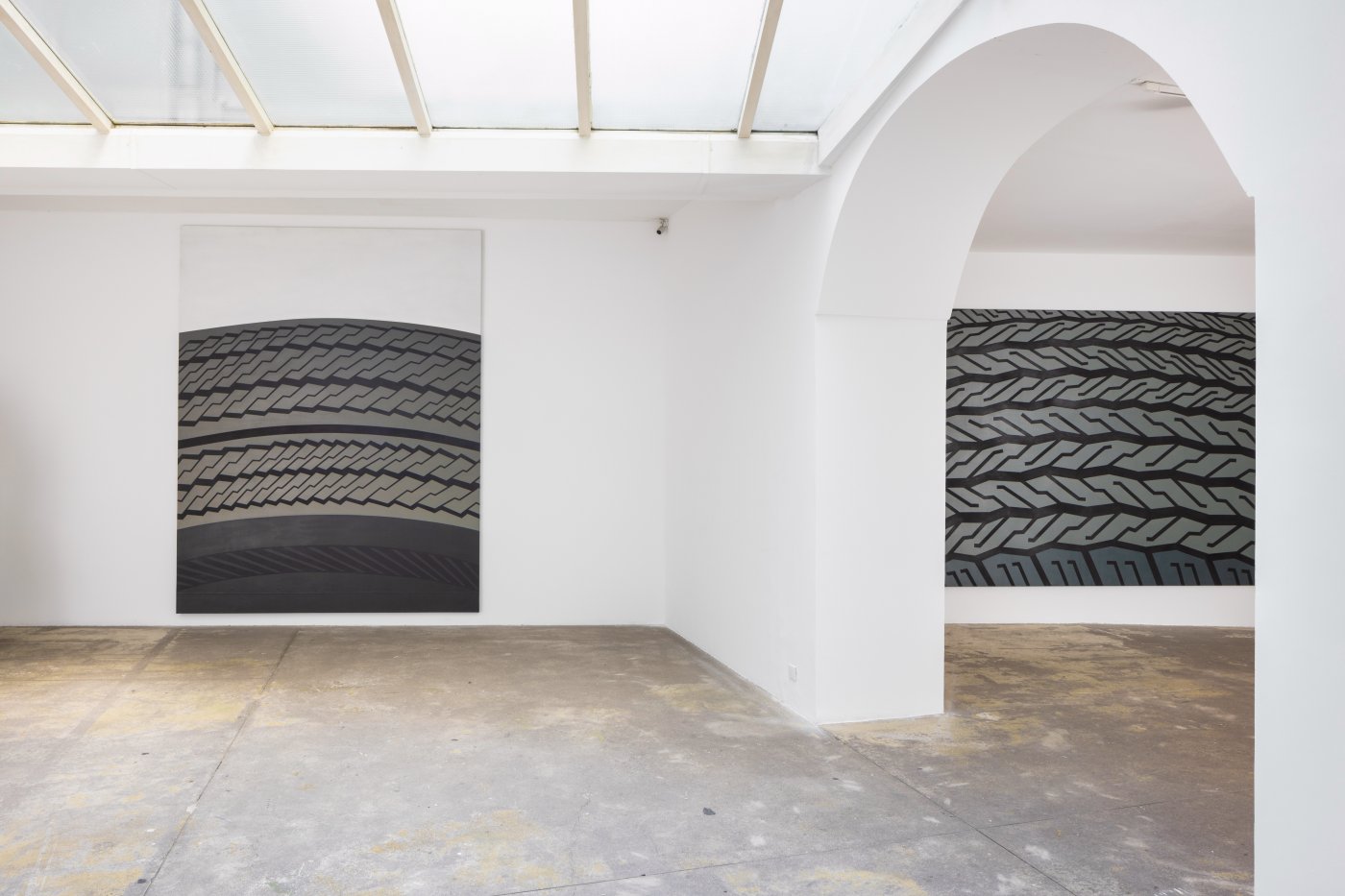 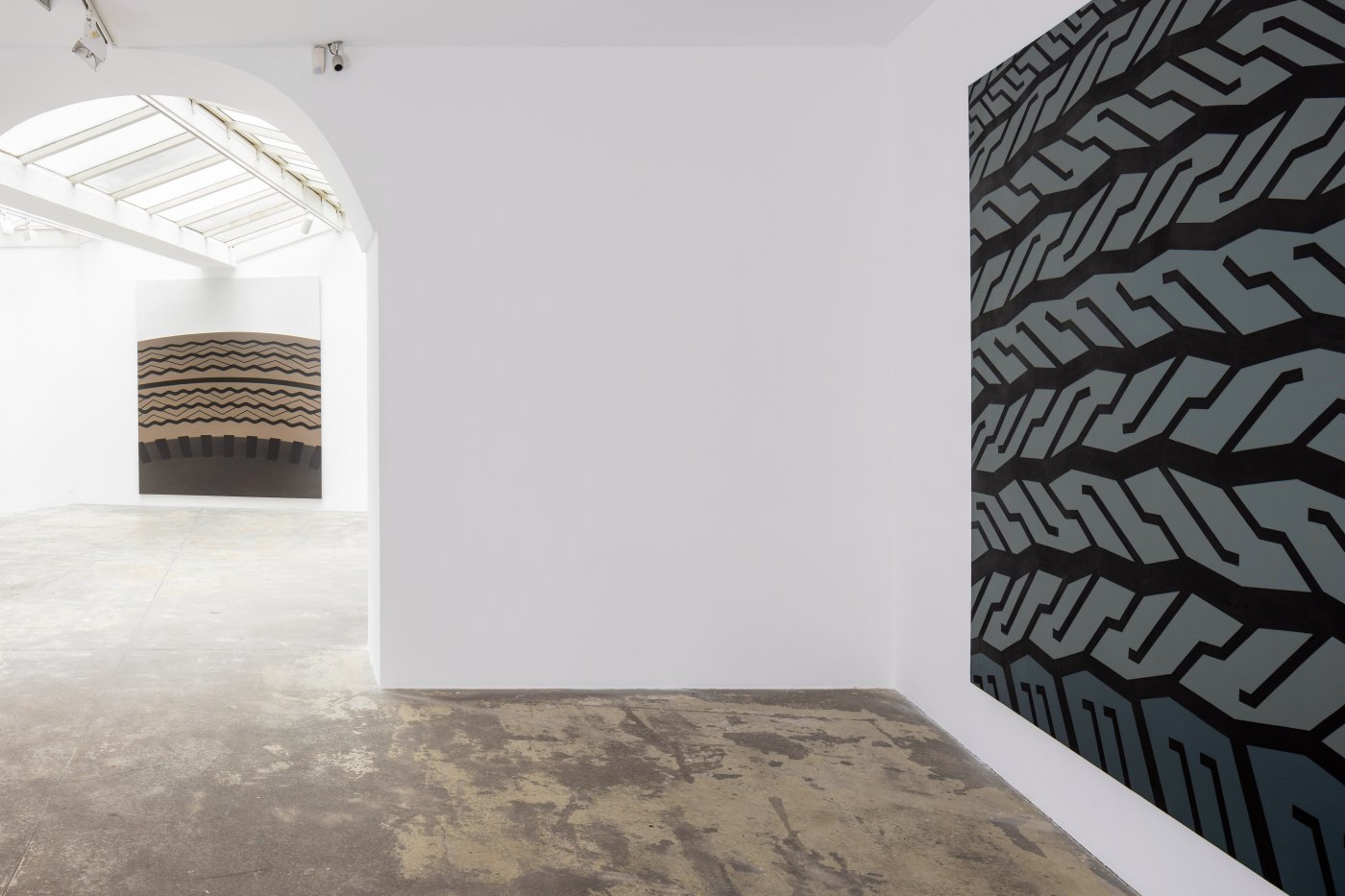 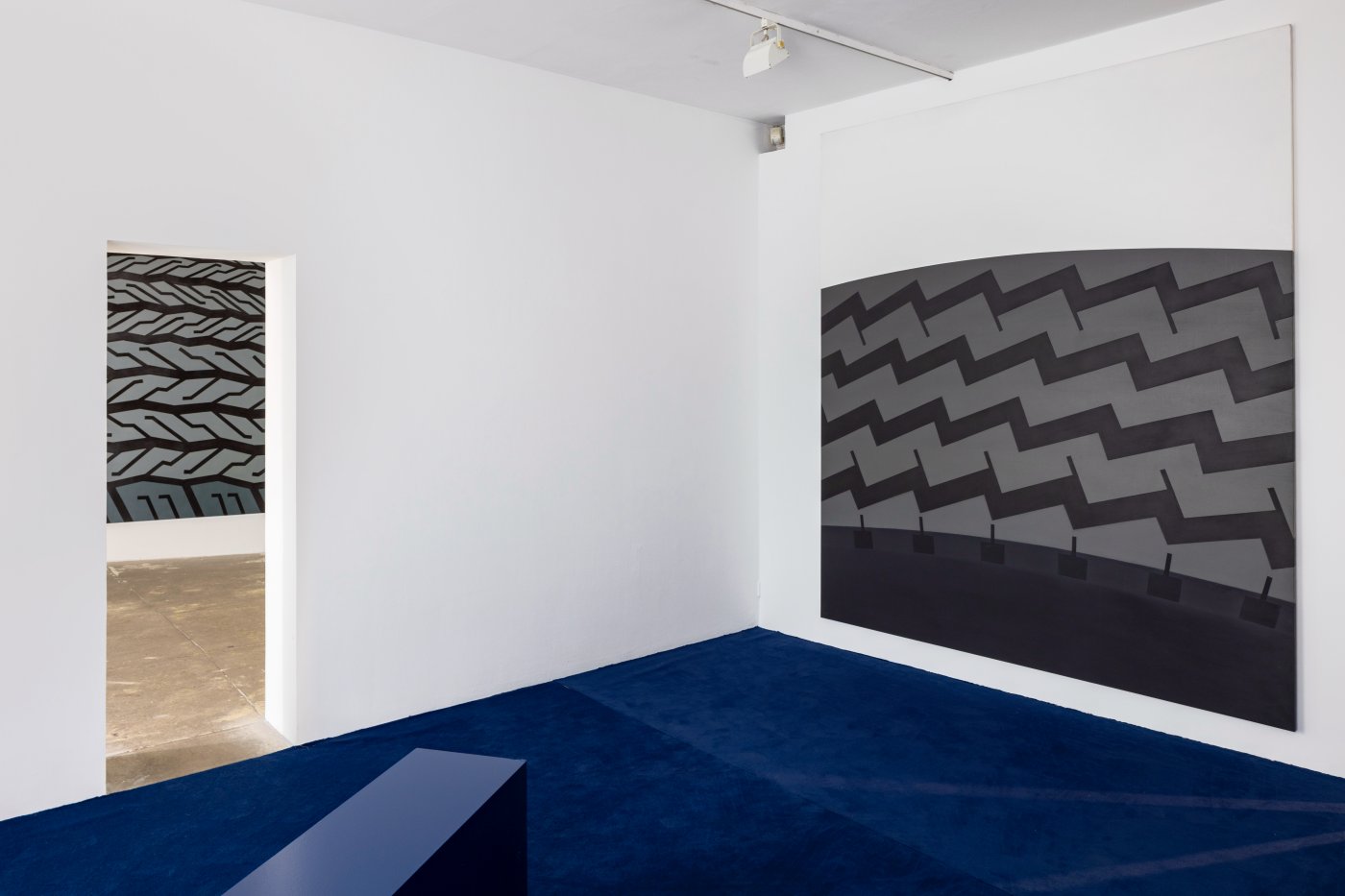 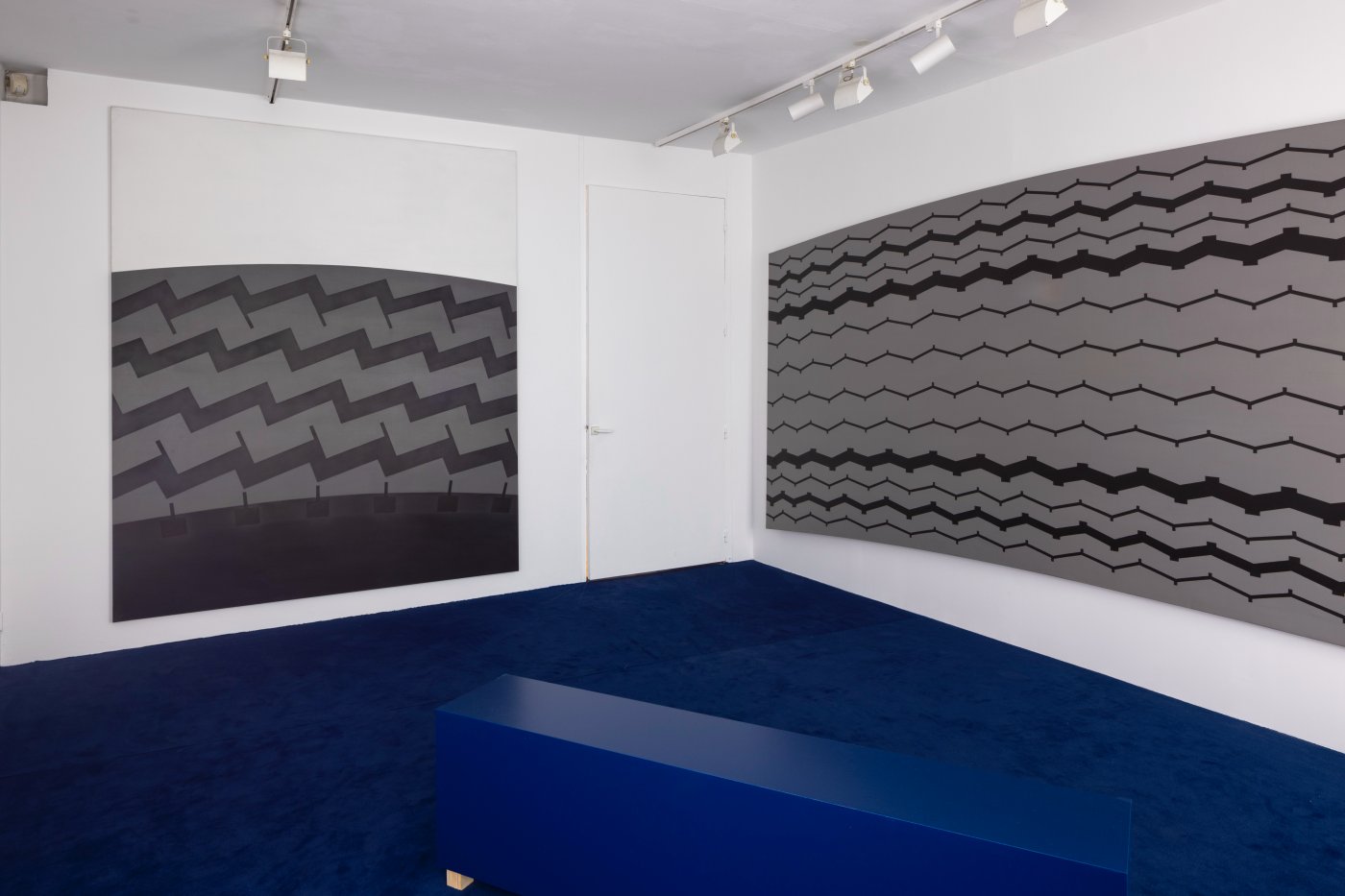 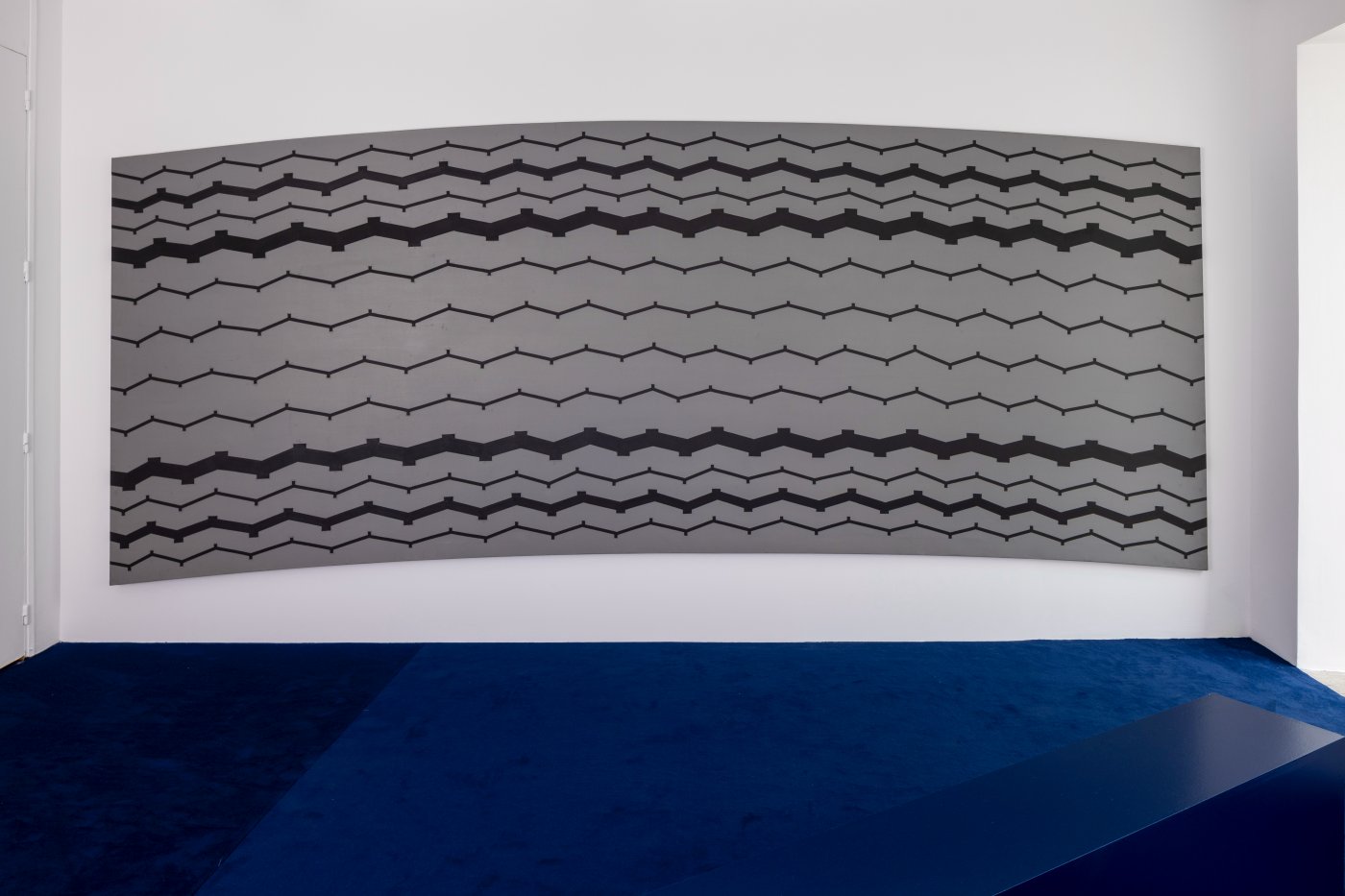 Raymond Hains liked to use the name of a feudal practice of confiscation – the droit d’aubaine, an expression long since fallen into disuse – to designate the practice by artists in the 1960s of arbitrarily appropriating a common good and proclaiming it their property and trademark. […] This appropriation is in no way the result of an arbitrary, calculated decision: Stämpfli came to focus his painting on imitating tyre treads only after a slow process, in which intuition and visual exploration, not calculation, played an essential role. In 1962, he abandoned abstract expressionism (which he was still practising when he arrived in Paris in 1959) in favour of elegant, sparing, realist figuration, contemporary with the paintings of Tom Wesselmann, one of the leading figures in American Pop art, though not always adequately recognised as such today. For seven years, he focused on images of everyday life, gradually paring down his paintings to only green or white backgrounds: during this period of maturation, he tightened both his framing […] and his field of exploration, reducing it first to the automobile, then to wheels, and finally to tyres.

Stämpfli, in his own way, has also rid himself of many devices to access this pure plastic form, this excuse to paint something. He explores this apparently insignificant thing, using different techniques ranging from graphite, pastels, watercolours, vinyl paint and oil on canvas. He also makes sculptures in situ, nearly 30 metres long, like Empreinte de pneu S 155 (1985). In the field of art, his tire has “its own life, separate from any reference to reality, which may reflect the progress of thought of the artist himself.”

Who would have thought that the catalysing power of the tyre could become a manifesto for the practice of art itself? Roland Barthes, no doubt, who already thought the Citroën DS as “almost the exact equivalent of the great Gothic cathedrals.” Everything has changed in our “Mythologies” since 1957… However, not the tyre, which keeps us on the road, between points that travel to make lines, between two things to be done, searching for a new life.