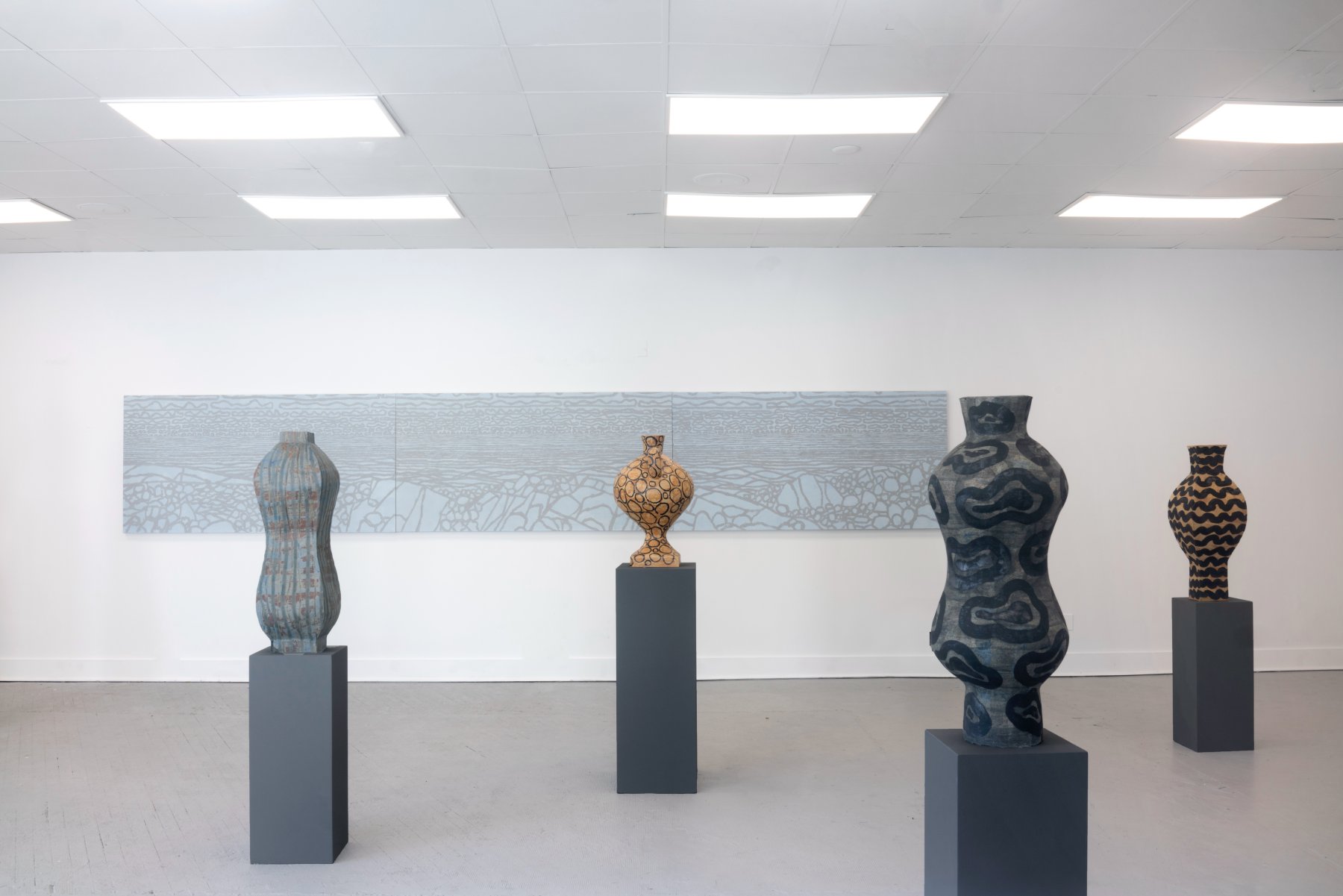 The exhibition features new ceramic sculptures with a distinctive patterned ash glaze, the most ancient form of glazing. Also included are several oil on canvas paintings inspired by the landscape of a small Swedish island he visited with his partner Eric Boman in 2014. Schlesinger made sketches and took photographs of the landscape which he used as inspiration for these paintings.

Peter Schlesinger has exhibited sculptures and paintings at the Hayward Gallery, London, The Parrish Art Museum, Southampton, Paula Cooper Gallery, New York, and MoMA PS1, New York. His work is in the collections of the Parrish Art Museum, The Farnsworth Museum, and Manchester Gallery of Art, England. Peter Schlesinger was born and raised in Los Angeles in 1948. After studying painting at the University of California, Los Angeles, he went to London’s Slade School of Art in the late 1960s and early 1970s and began making sculpture in New York in the mid 1980s. He currently resides in New York City.