Michael Werner Gallery and Venus Over Manhattan, New York present a two-part exhibition of new paintings and works on paper by the eminent and iconic American painter Peter Saul (b. 1934). 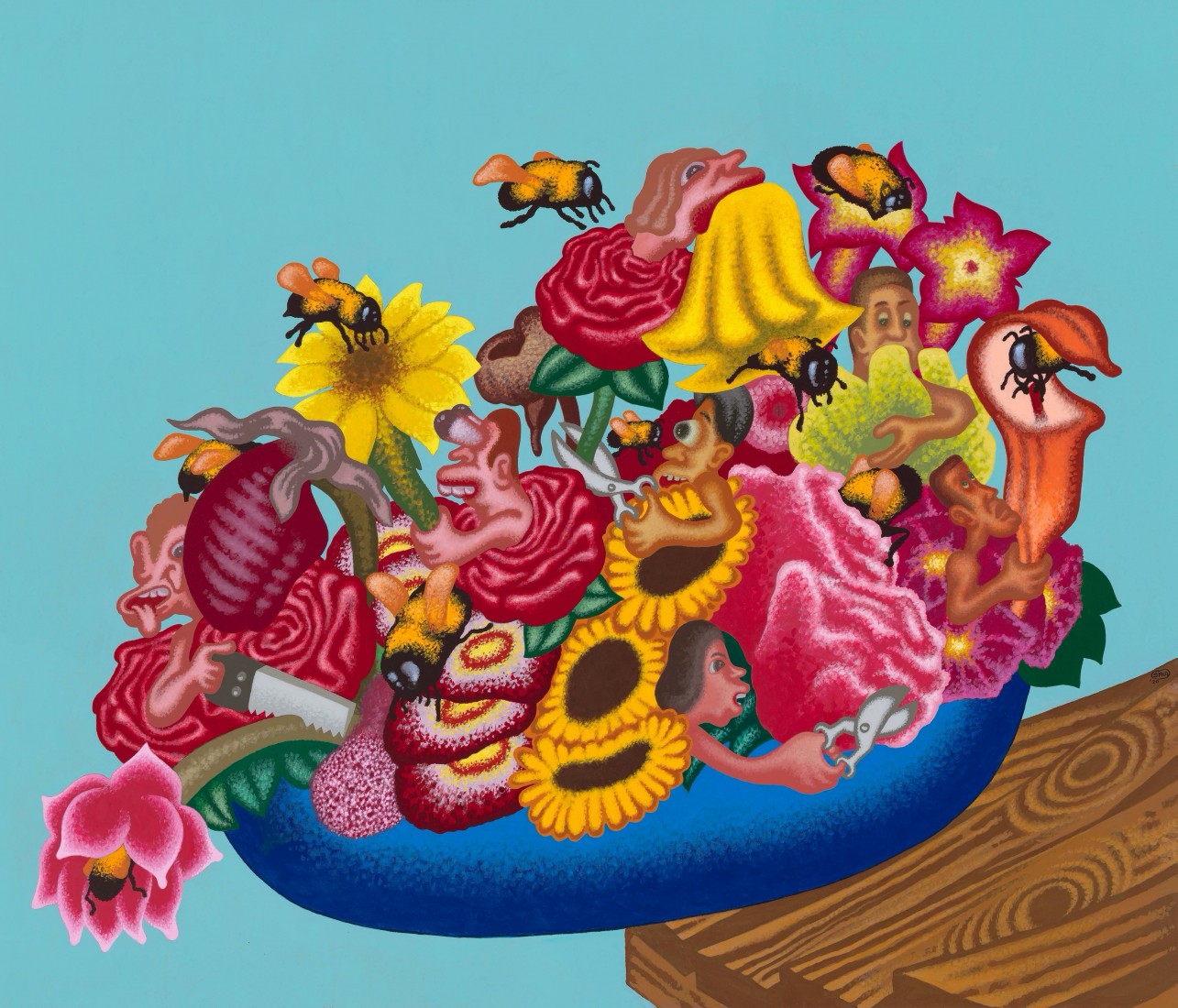 Gustave Courbet famously declared, “Historical art is in essence contemporary.” Similar to radical, historical painters such as Eugène Delacroix, Courbet, and Édouard Manet, Peter Saul sensationalizes the present. Saul states, “I would think that a person would want to be provoked. Work that doesn’t provoke me, I don’t remember for thirty seconds. I like to think of paintings and art as some kind of news.”

Throughout his decades-long career Saul has pitilessly portrayed a wide range of topics from American politics to the consumerism of post-war society, as well as art history and the role of the artist, consistently imbuing each work with his singular vision. Covering the Vietnam War, racism, police brutality, religion, and almost every American president from Nixon to Trump, Saul’s work is at once prescient and timeless.

In these new paintings, Saul addresses many issues including climate change. One pair of paintings depicts an overpopulated Manhattan island, surrounded by rising waters with a drowning Statue of Liberty. In other paintings, nature fights for survival in a benign-looking bowl of flowers. Saul has long been and remains a forebearer in his quest to bring critical topics to the canvas and record the actual issues of the day without mercy, reliably putting him at odds with prevailing trends of the artworld.