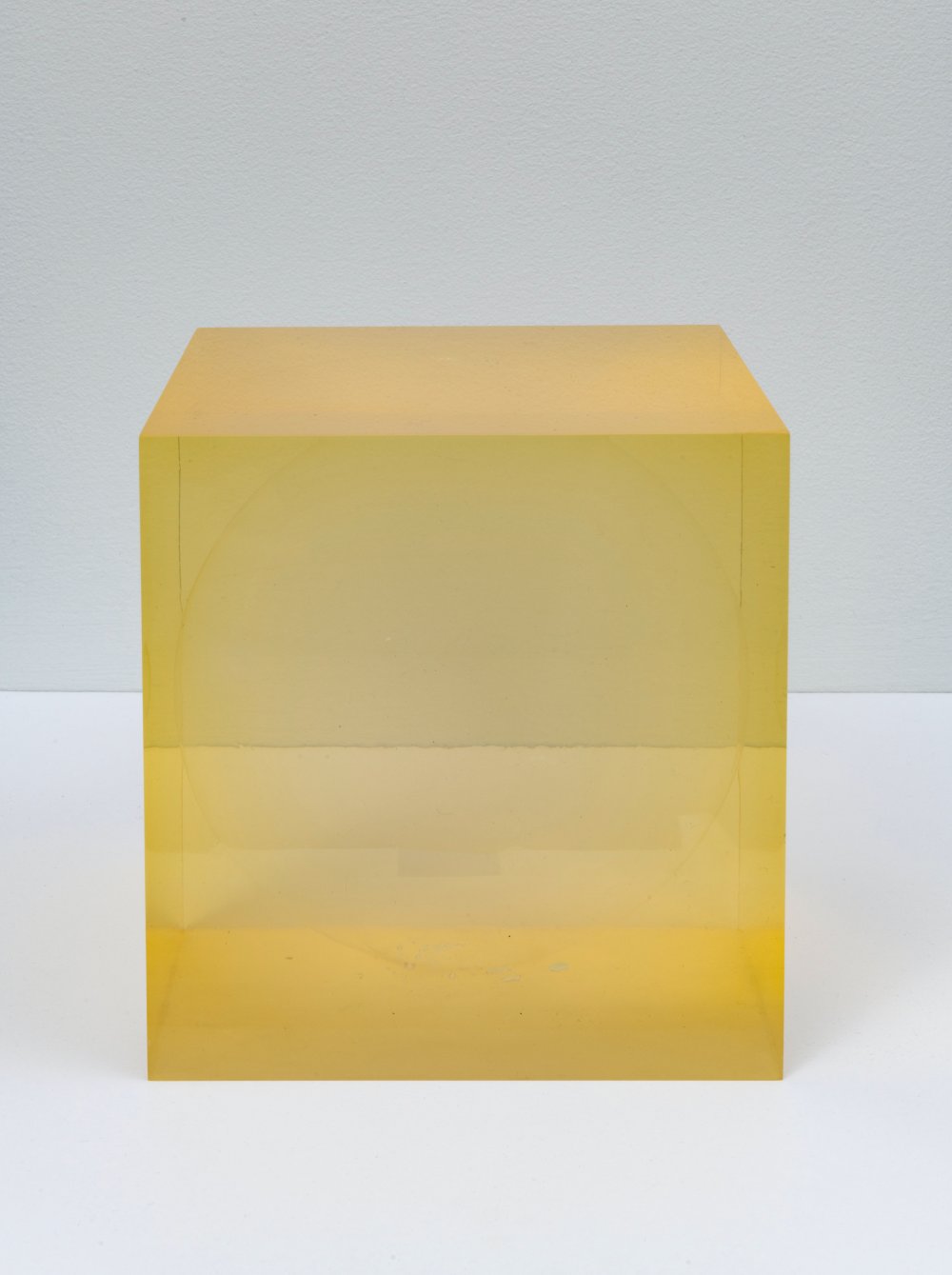 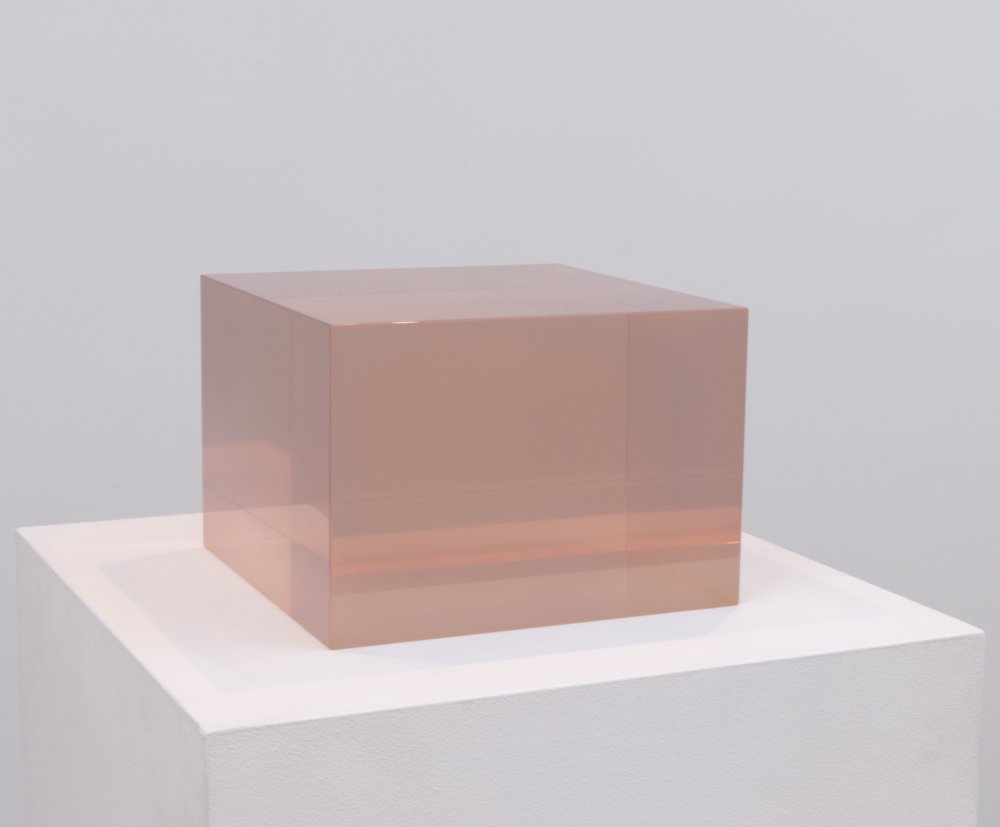 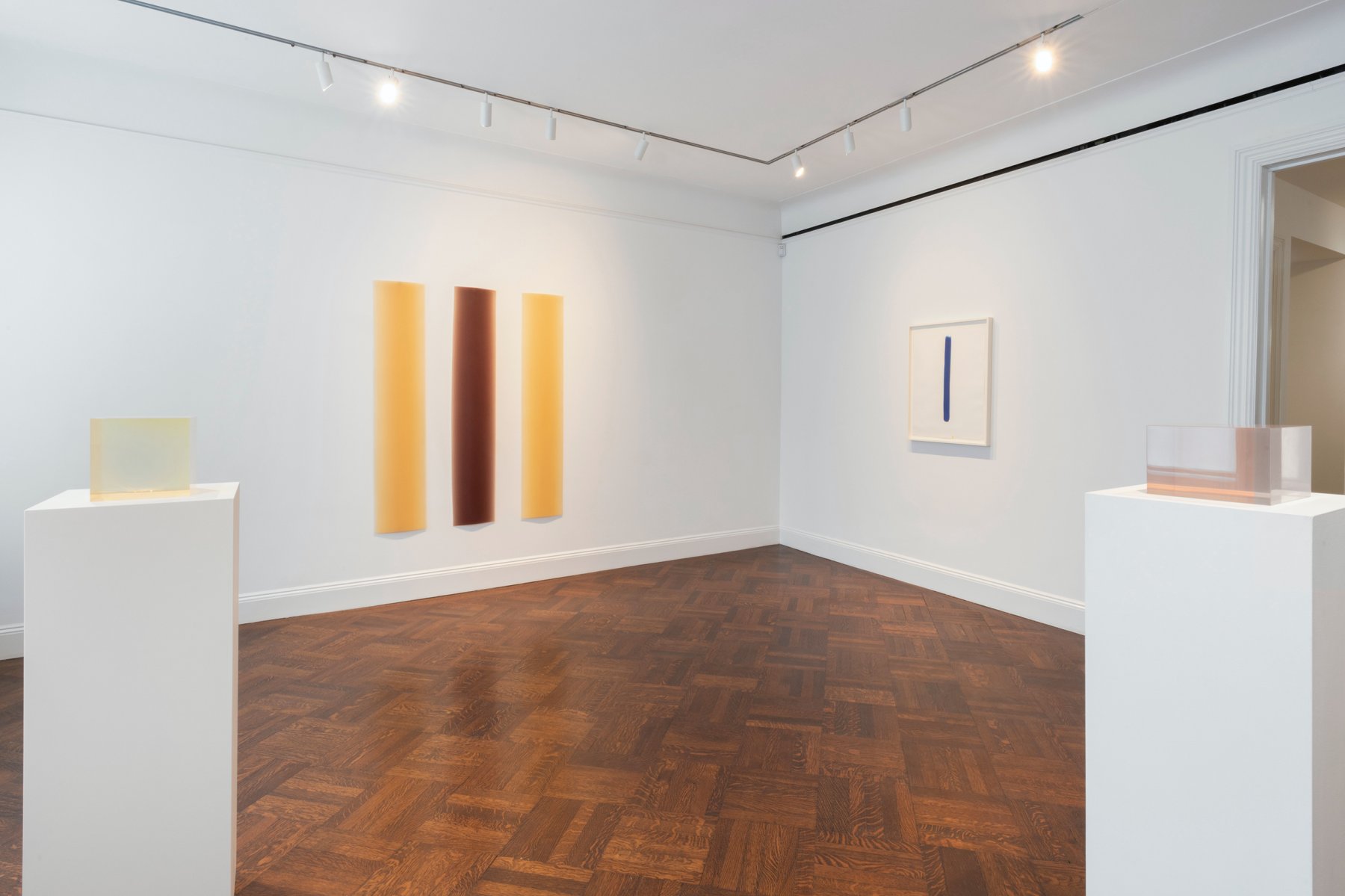 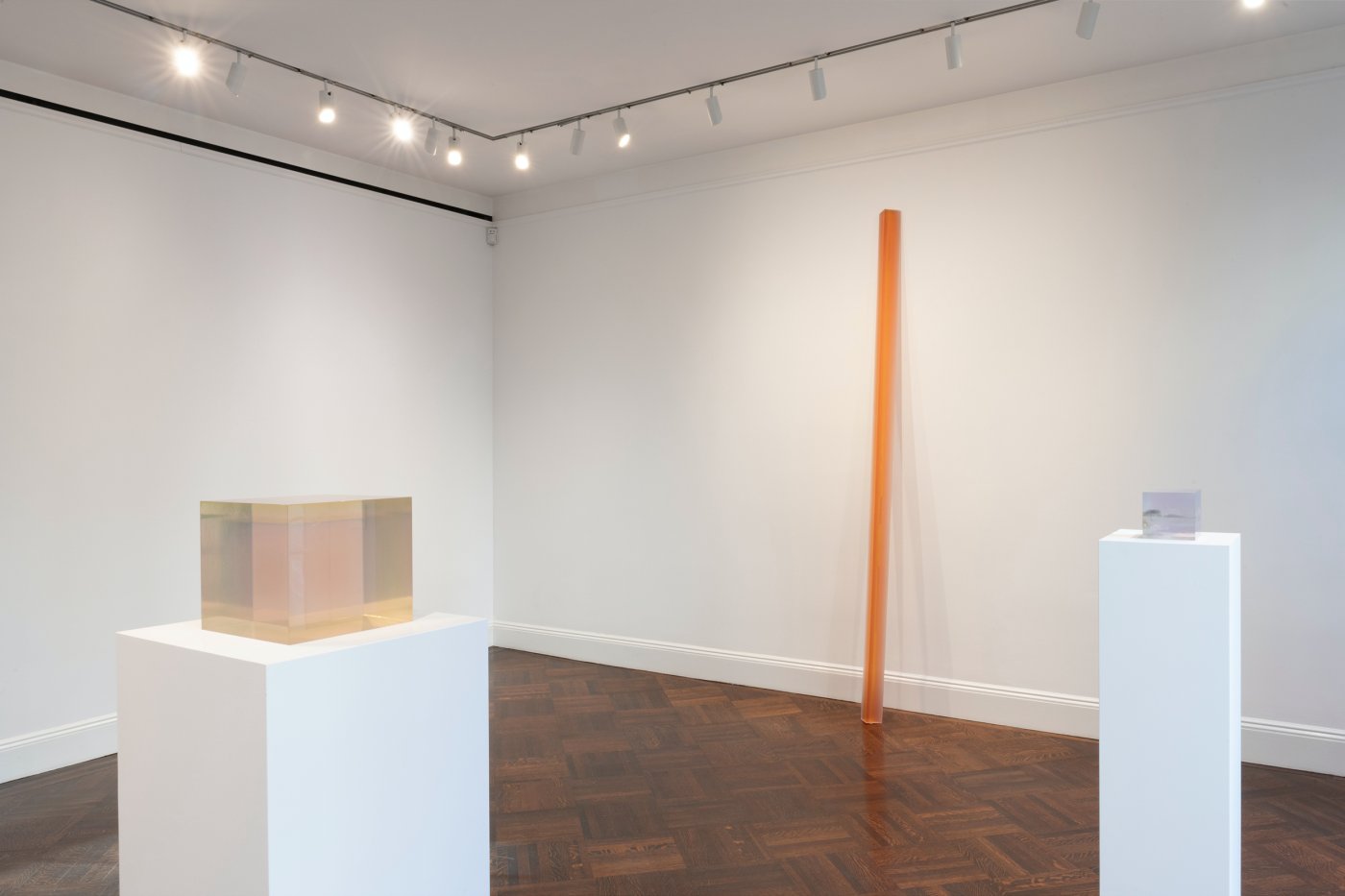 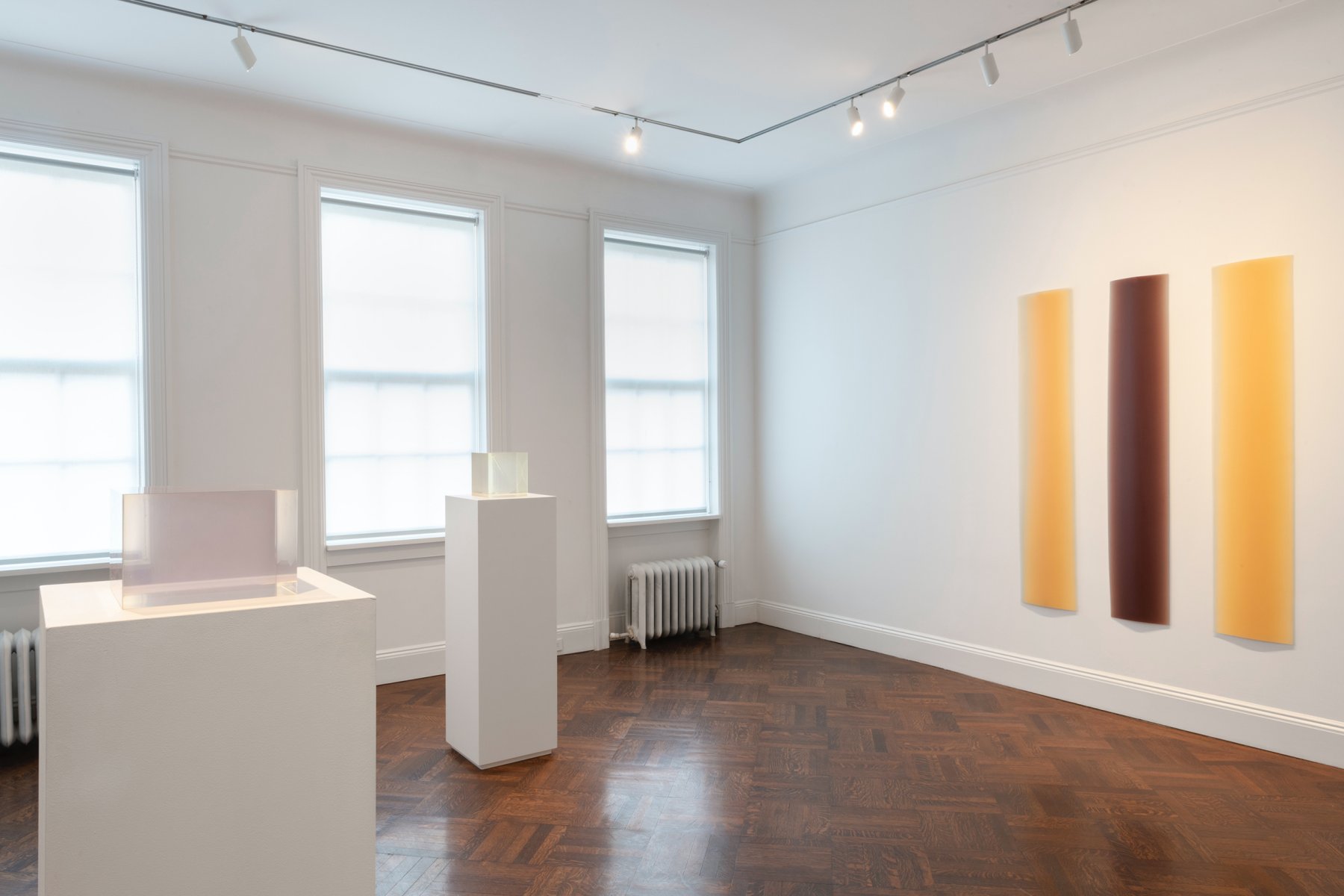 Peter Alexander (b. 1939 Los Angeles, CA; d. 2020 Santa Monica, CA) began work on his signature resin sculptures in 1965, while still a graduate student in UCLA’s MFA program; he used liquid polyester resin, a relatively new material at that time, to repair dents in his surfboards, but through some experimentation found that this material could be volumetrically cast. Ironically, though resin was associated with surfer culture – a culture that rejected participation in the Vietnam War – it was research and development by the aerospace industry that helped make resin available as a working medium. In many ways, Alexander’s engagement with this material served as a response to the times: it allowed the artist to create a sense of aesthetic order within a chaotic environment, while reflecting the absence of formal and material limits amongst this emerging breed of California artists. For Alexander, however, continued engagement with the medium was impossible as the toxic nature of the resin forced him to abruptly end work on this series in 1972.

Alexander’s purist approach to form and consummate focus upon elements of light and space were formulated out of his architectural orientation to sculpture; prior to his graduate studies, Alexander trained as an architect under Louis Kahn at the University of Pennsylvania and eventually worked for Richard Neutra in Los Angeles. In each of the early works on view in this show, Alexander puts optical effects to the service of formal pursuits. Forms and pigments are suspended within the translucent resin, rendering varying chromatic densities and creating a basis for interpretation of light, color, and form. The viewer’s focus oscillates between each of the works’ respective geometries and the light and color refracting within and around them. A wax drawing facilitates a glimpse into Alexander’s process, and his exploration of color, space, density, and mass. As precursors to the resin sculptures, this work on paper highlights Alexander’s chromatic and spatial investigations through the layered application of wax and color; the dimensional works project the same effect as they interact with light and their ambient surroundings.