HB381 presents Tentacular Thinking, an exhibition of new ceramic sculptures by Pernille Pontoppidan Pedersen (Danish, b. 1987). Tentacular Thinking is the gallery’s inaugural show and the artist’s first solo presentation in the United States. 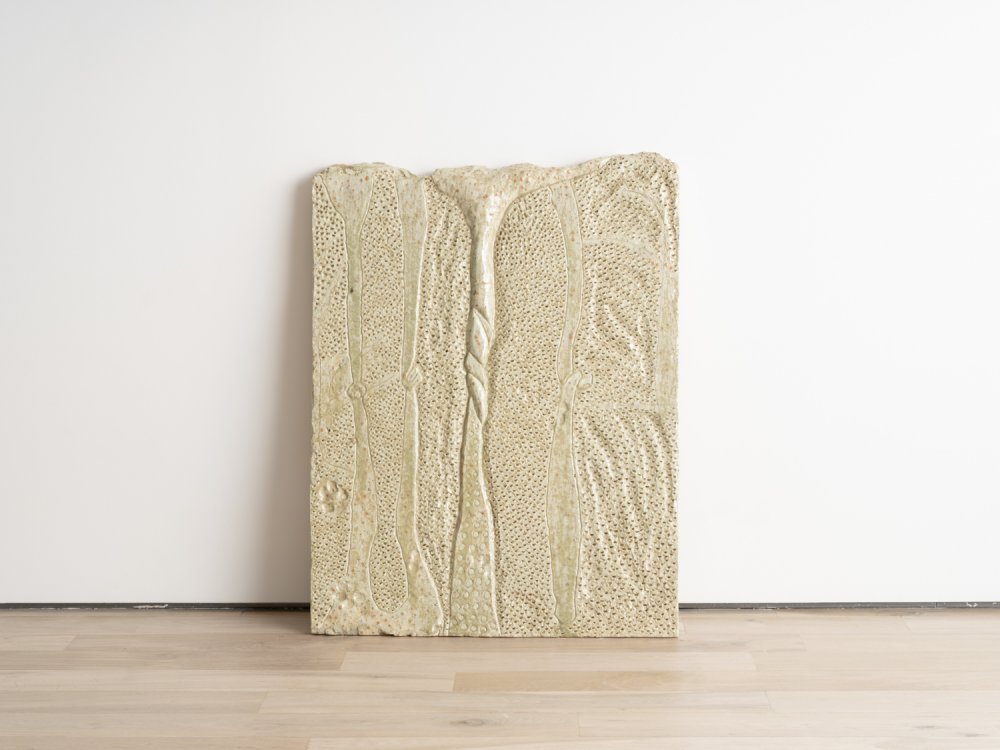 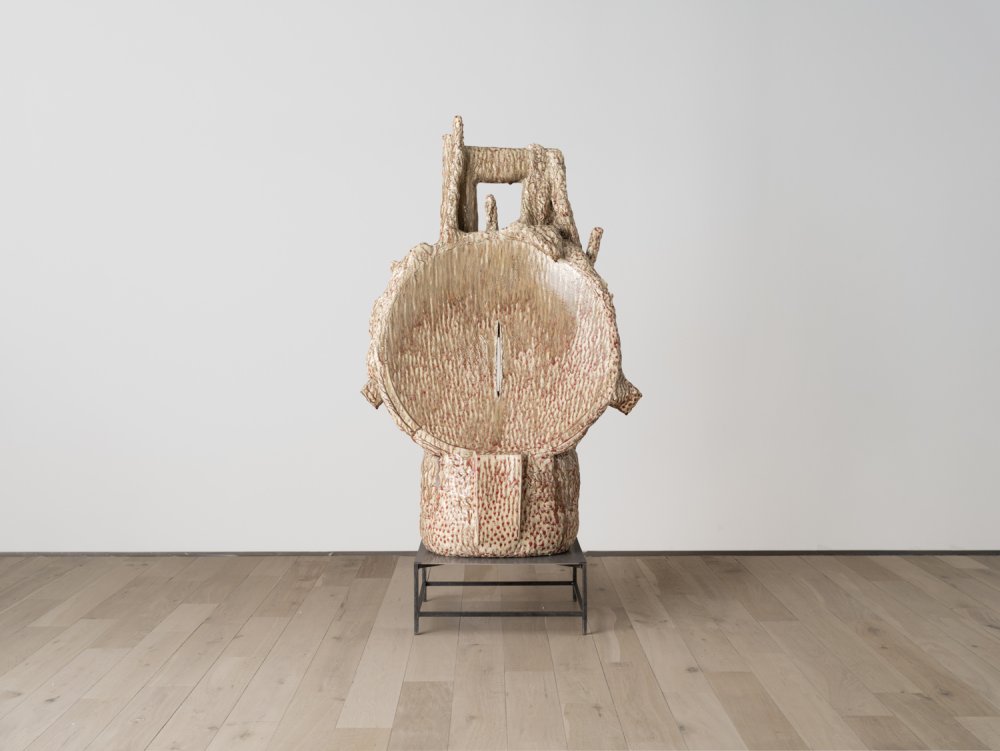 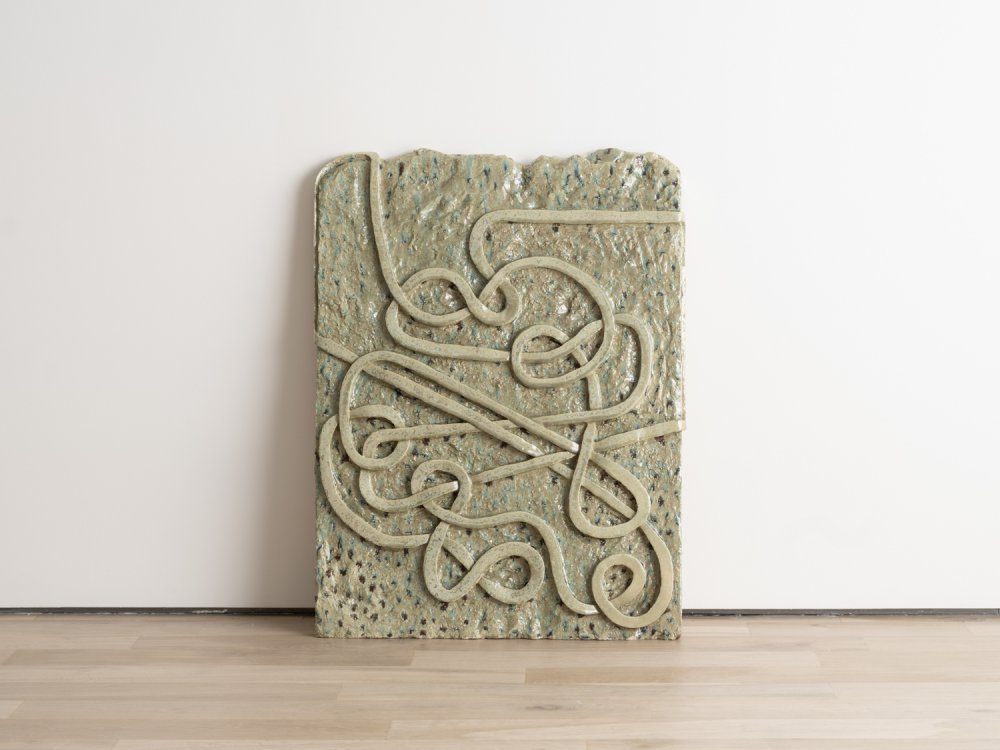 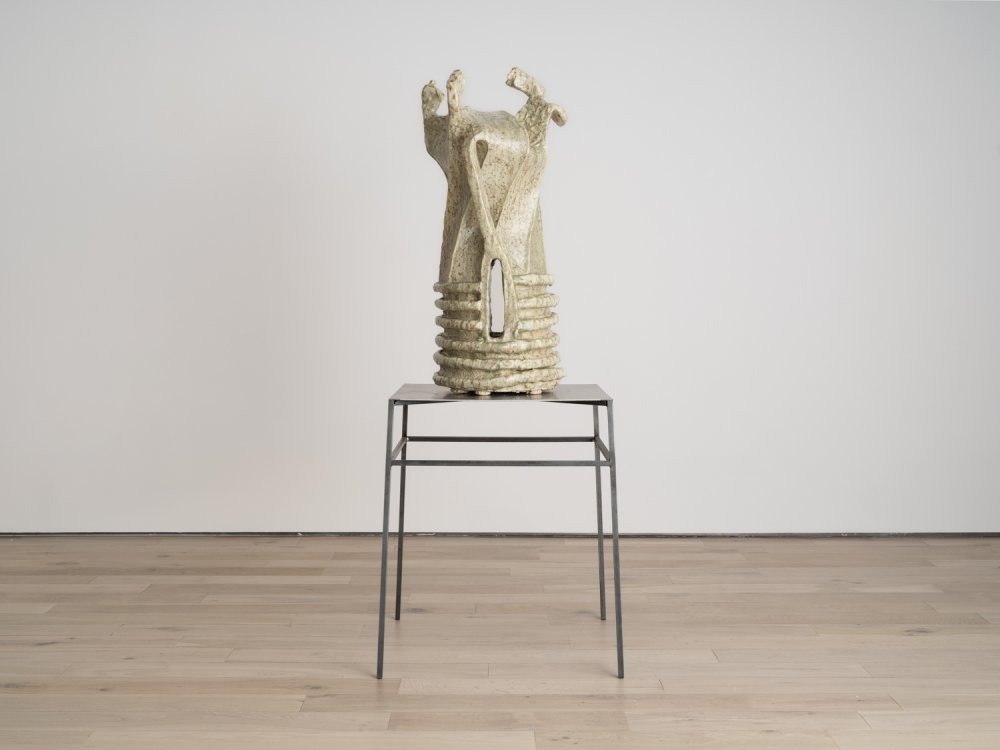 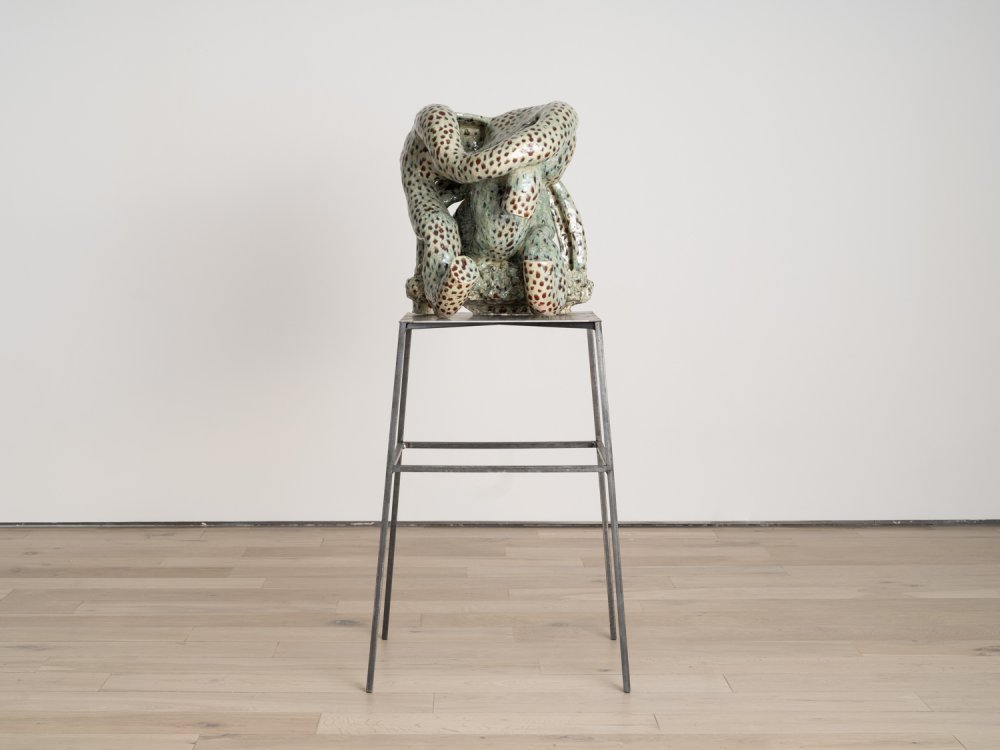 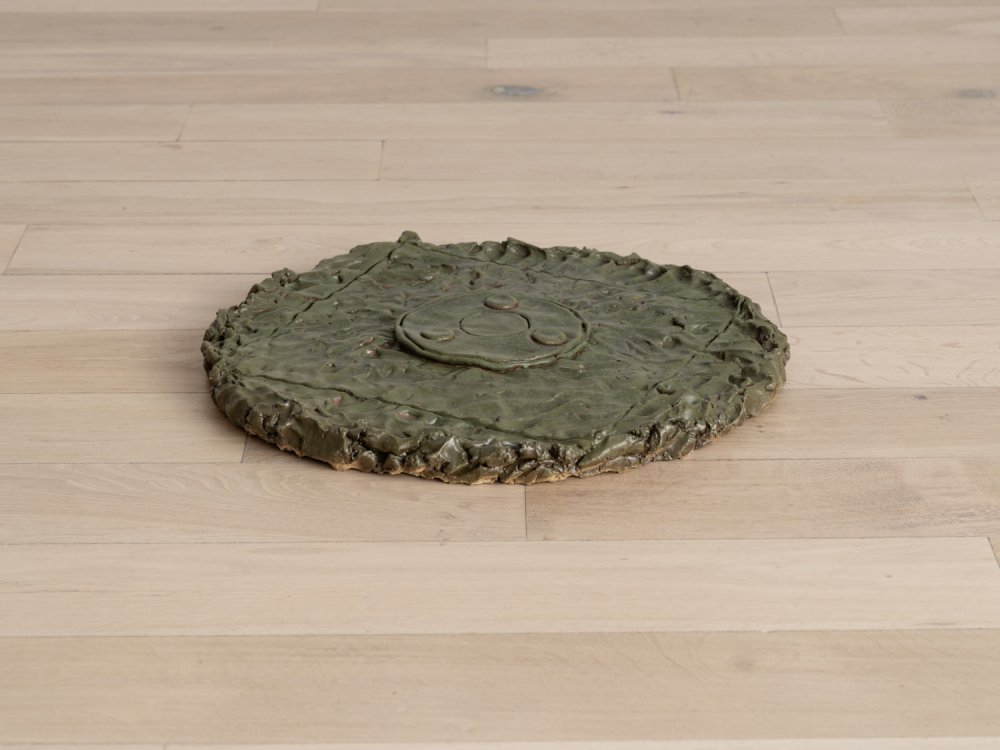 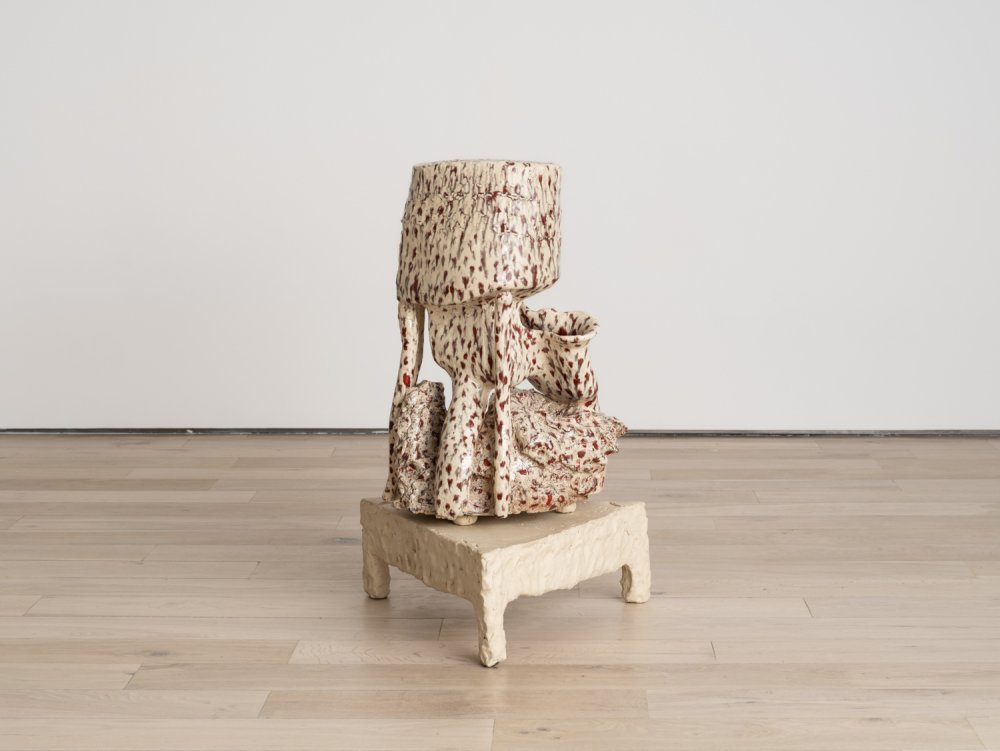 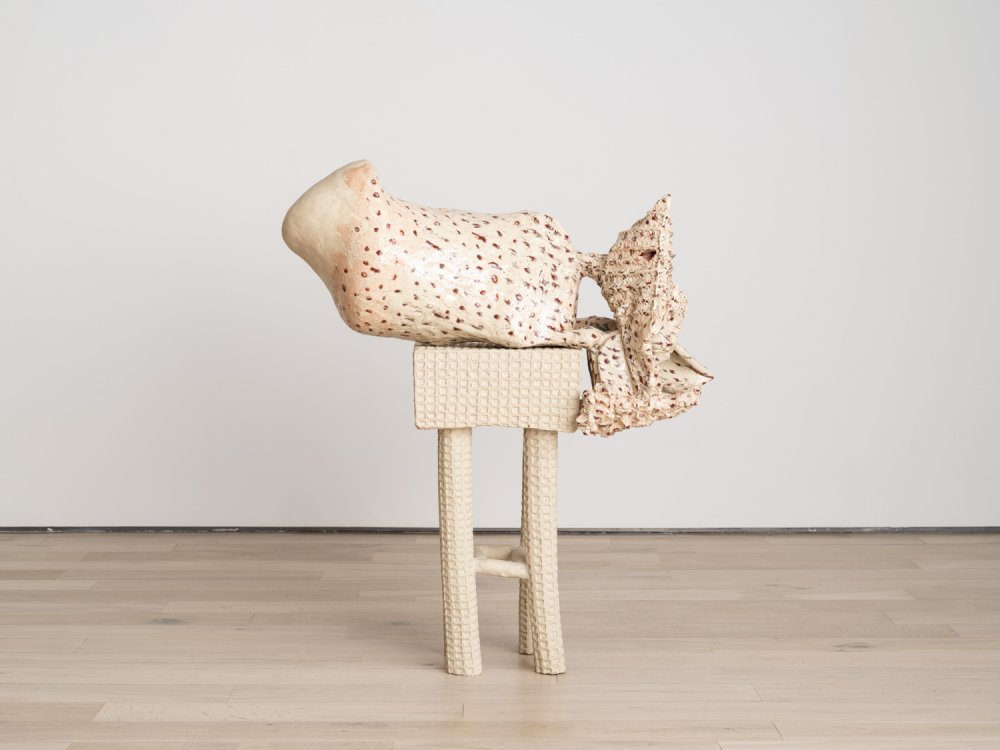 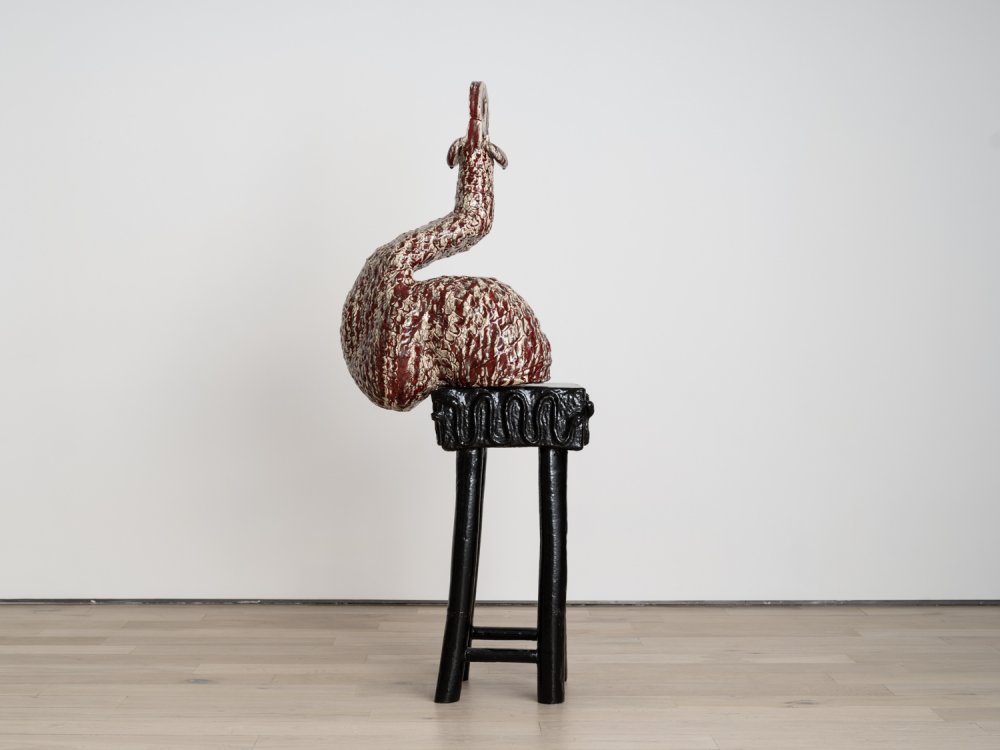 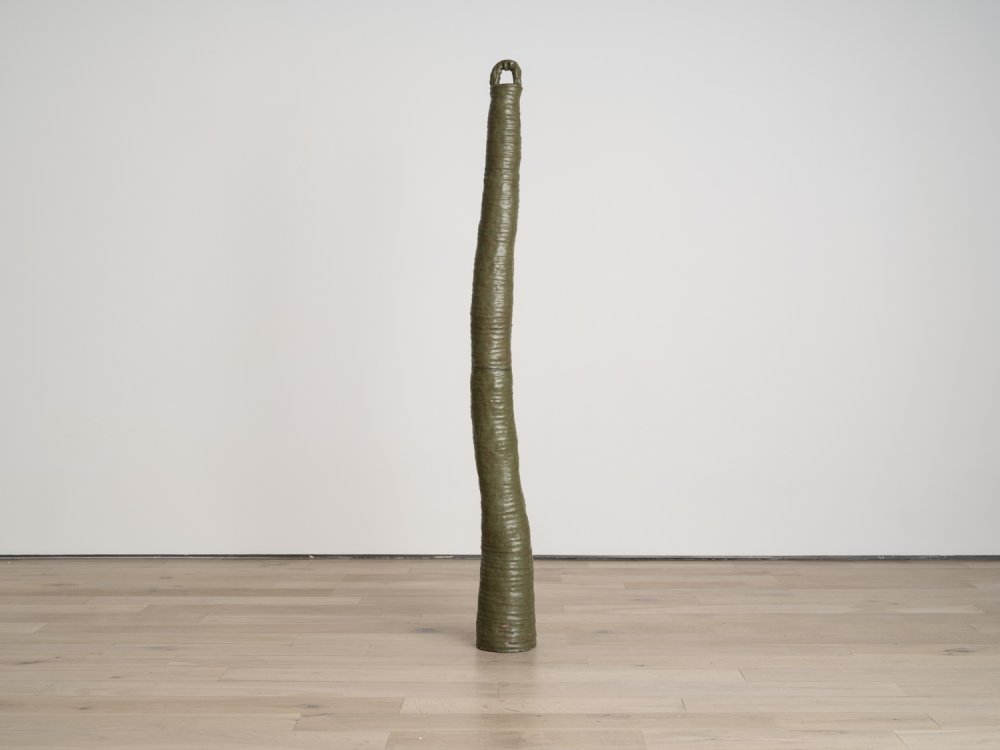 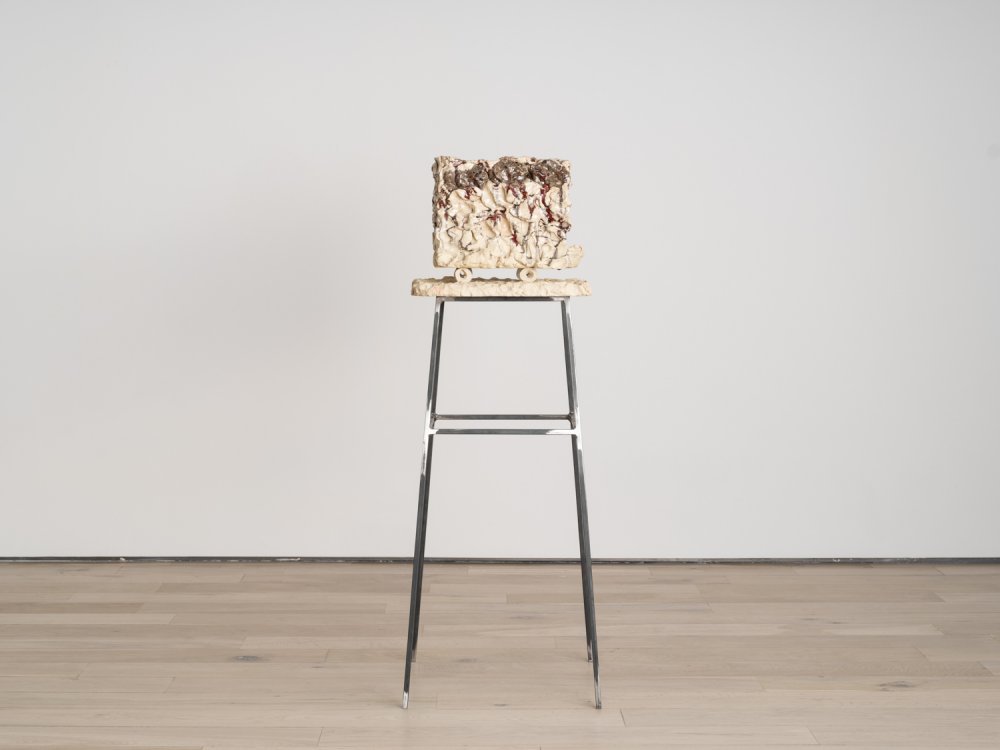 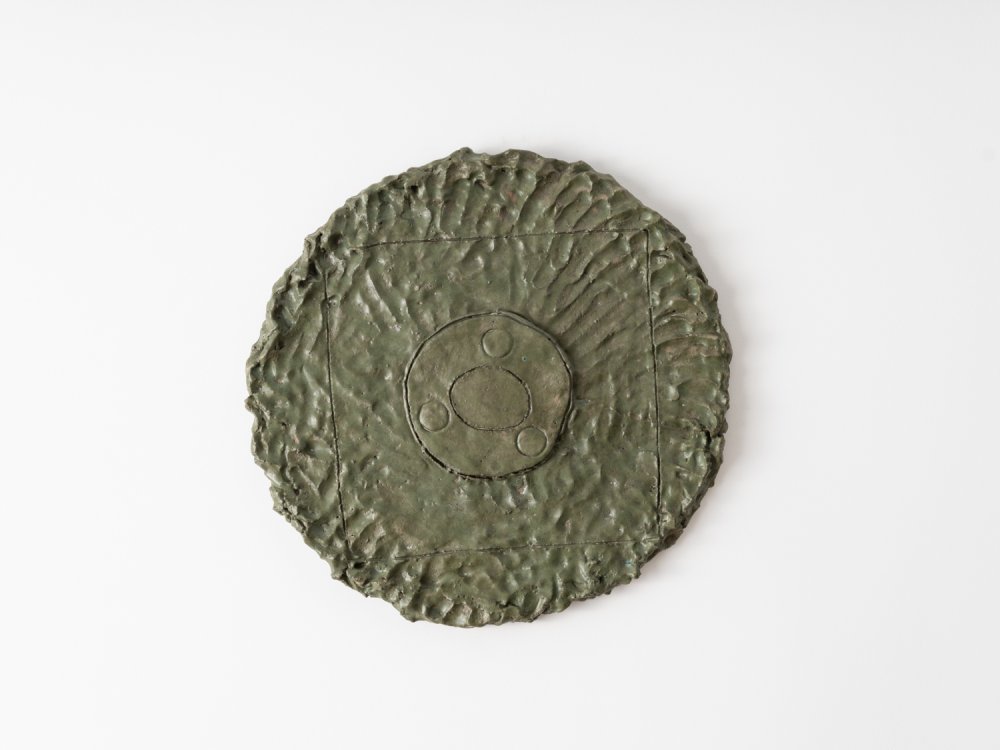 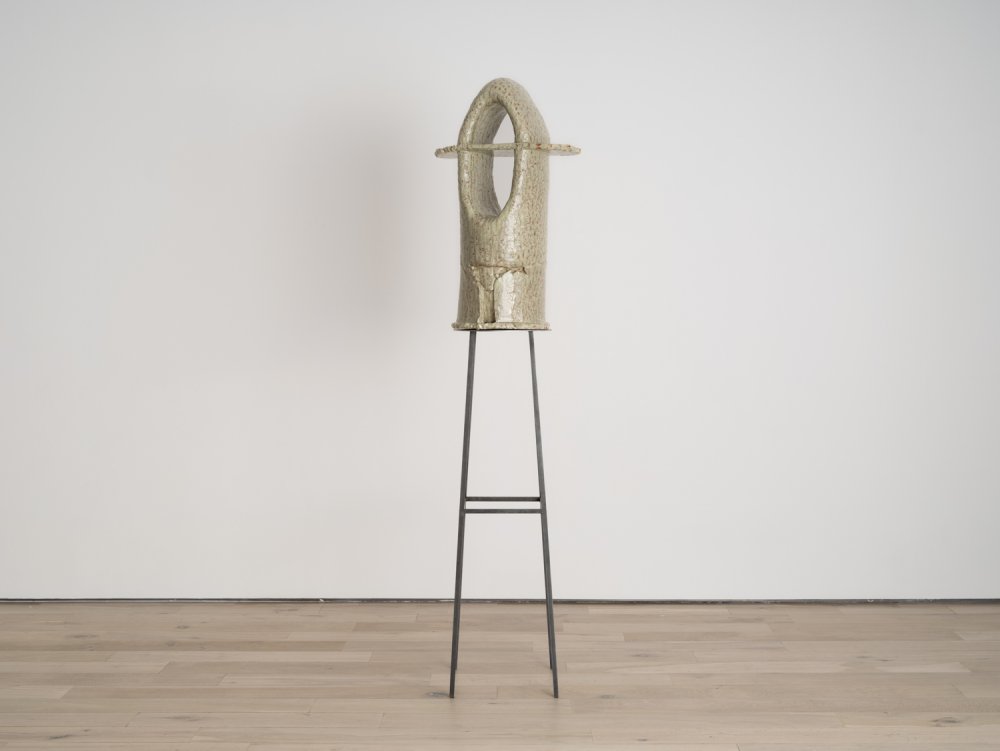 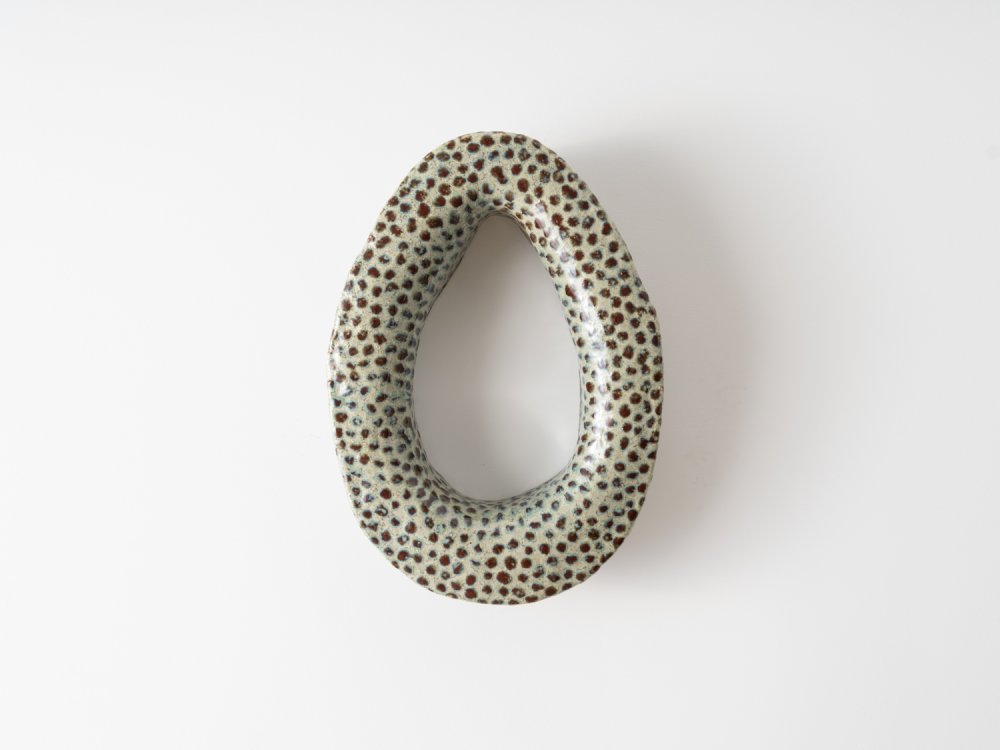 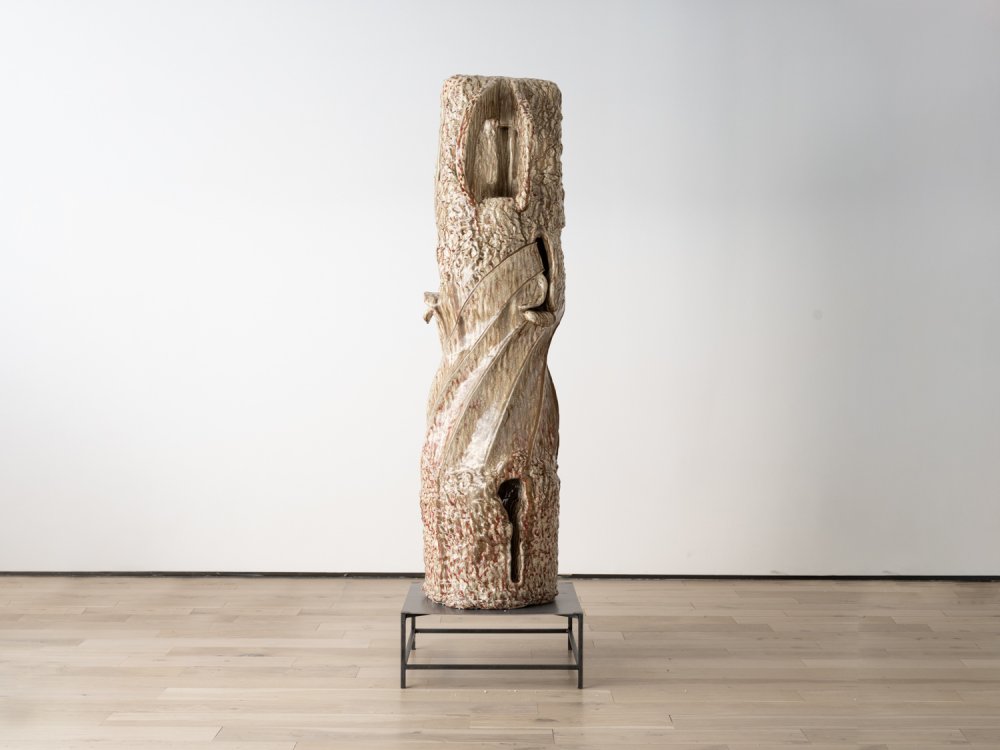 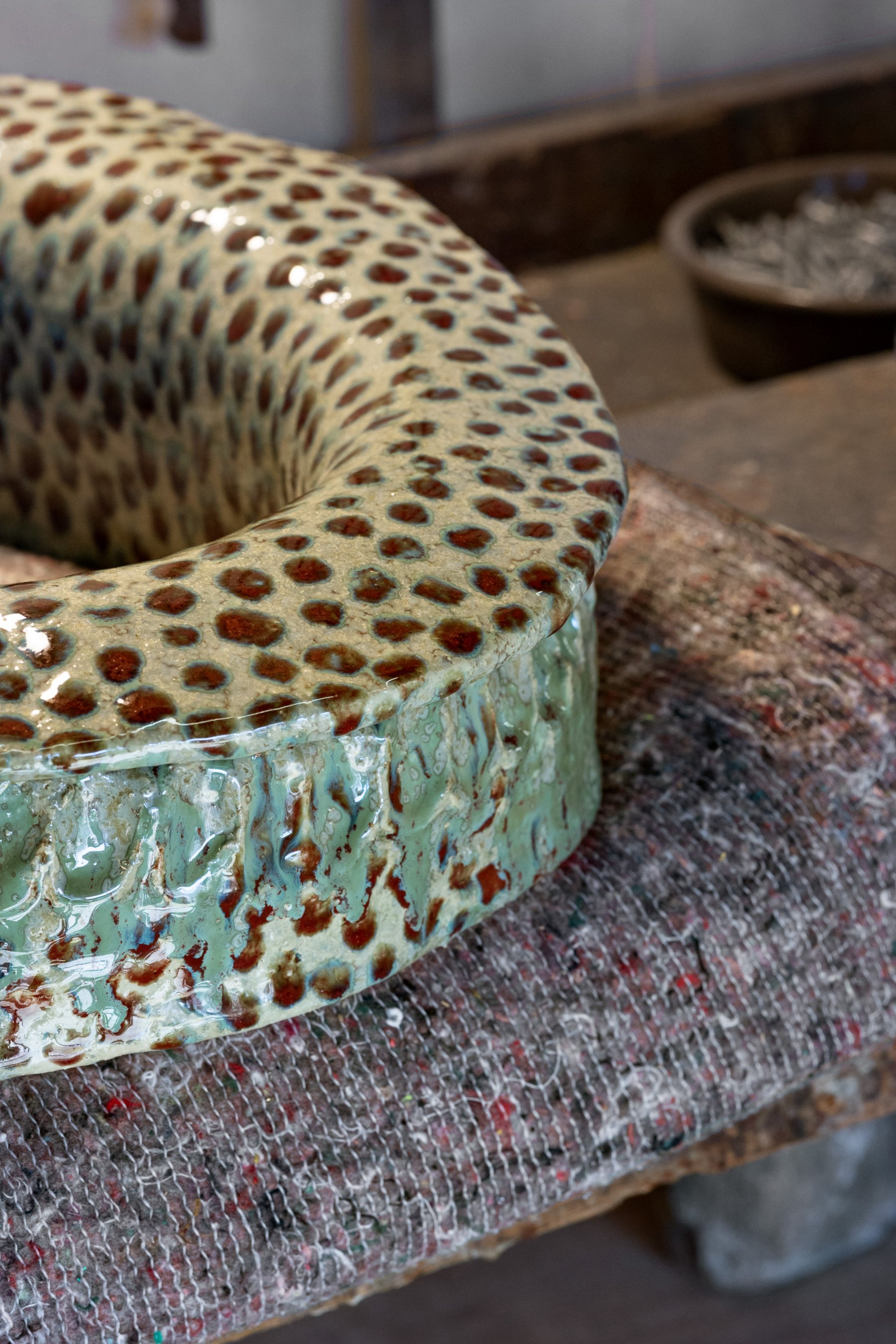 Pontoppidan Pedersen lives and works on a farm in the remote countryside of Denmark. Hers is an intensely personal and physical creative process, driven by intuition and the ability to embrace discomfort—to rest in the fear of not knowing what may result as she builds—transferring her body’s energy through her fingertips directly into the clay. She is not the first Danish artist to reject or rebel against a strong ceramic tradition and the often rigid formal language of her predecessors, but the freedom she allows herself is remarkable. To this end, Pontoppidan Pedersen has consciously designed an environment of isolation from outside intervention or pressure. Her barn studio is a cocoon where she can explore with abandon, uninterrupted by anything but her own internal voice.

Despite this societal seclusion, or perhaps precisely because of the introspective clarity it affords, Pontoppidan Pedersen’s work is an investigation into ideas of interconnectedness across time and species. The title of one piece, Making has kin in it, embodies her artistic perspective. She is deeply concerned with values of affection, kindness, and kinship, and offers her sculpture as a vehicle for communion. The theme of kinship is central to the philosophies of ecofeminist Donna Haraway—whose writing is a significant point of reference and inspiration to Pontoppidan Pedersen—and guides much of the artist’s approach to the vessel as communicator. She immerses herself in Haraway’s “SF creatures” (speculative fabulation, speculative feminism, science fiction, string figures), breathing her own fables into the sculpted forms born from the earth.

Tentacular Thinking, the exhibition title, is a Haraway-ism. As Glenn Adamson writes in his essay Much of a Muchness, “Haraway has adopted [the octopus] as an avatar of ‘tentacular thinking,’ that is, an extended form of intelligence, with its priorities arranged multiply rather than along one linear, progressive path… As befits a tentacular thinker, PPP is moving in multiple directions at once. She’s reaching out with her artistic feelers, sensing, testing, and gathering.” Pontoppidan Pedersen weaves elements of Norse mythology into Haraway’s concepts of kinship between species, systems of entanglement, relationships, and processes. She references Urd, Verdande, and Skuld—the three Norns who determine the course of human destiny by converging the past, present and future—threading these ideologies into her own fluid creations. Pontoppidan Pedersen’s work is marked by a profound sense of connectivity, both within the realms of her own intellectual and instinctual consciousness, and that of the physical and temporal universe at large. In the words of Donna Haraway, “human beings are not in a separate compost pile.”

Pernille Pontoppidan Pedersen was born in 1987 in Skive, Denmark, and is now based outside of Silkeborg. Her work has been exhibited throughout Europe, and is in the permanent collections of the Musée des Arts Décoratifs, Paris, Designmuseum Denmark, CLAY Museum of Ceramic Art Denmark, and the Danish Arts Foundation, among other institutions. She has been the recipient of numerous grants from Danish foundations for the arts throughout her career.