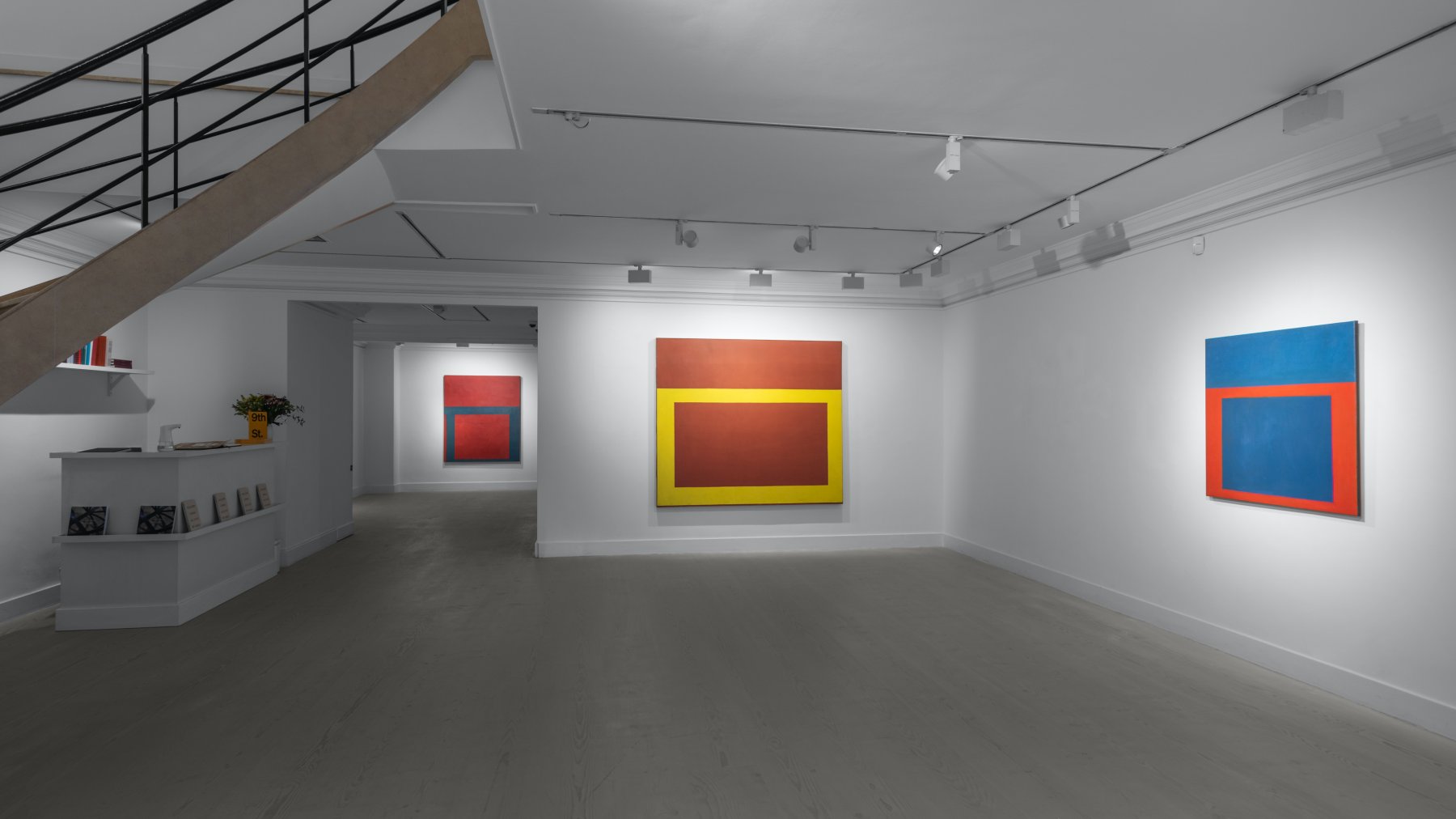 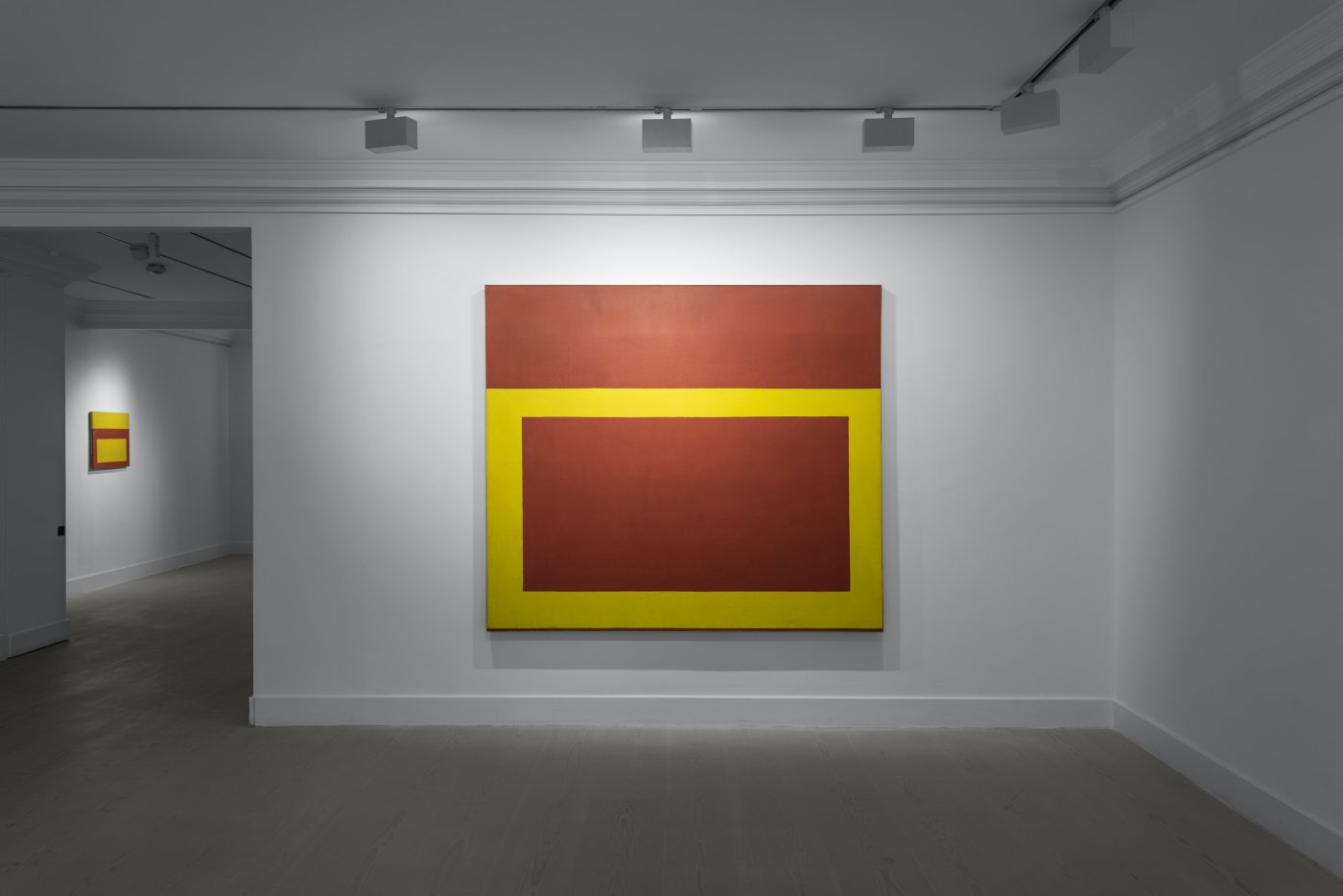 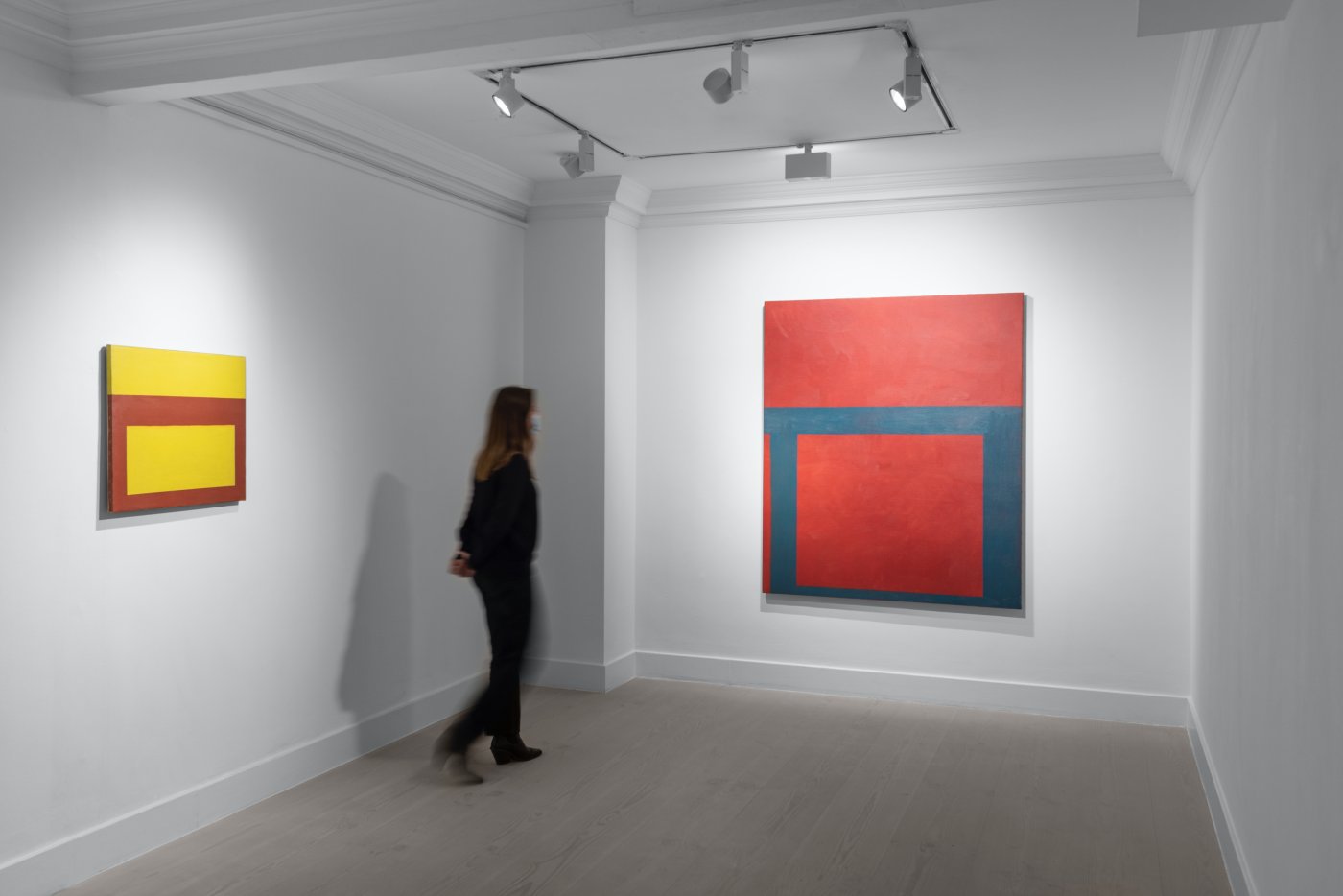 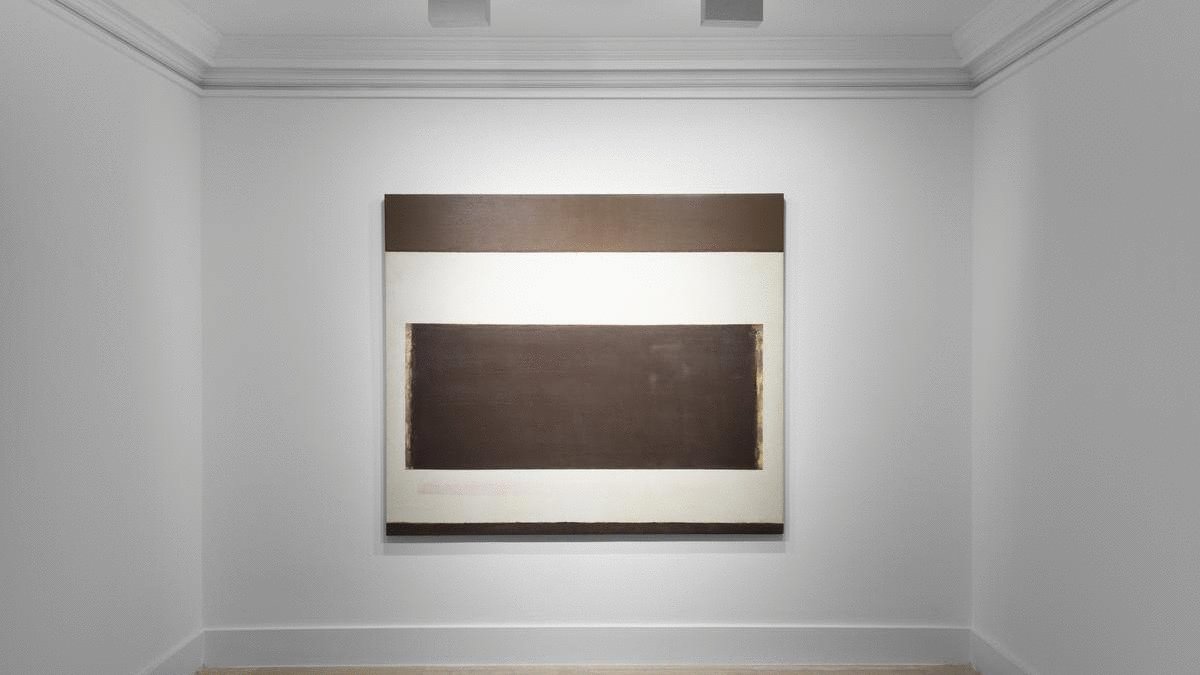 Perle Fine’s ‘Cool Series’ (1961–63) was an evolution of her earlier Abstract Expressionist style. The artist explained that this body of work was a “growth” rather than a “departure” from gestural abstraction into a more reductive, geometric approach to painting. Echoing her own move from bustling Manhattan to a quiet and contemplative East Hampton in the mid 50s; Fine’s ‘Cool Series’ represents what the critic Clement Greenberg described as a “new openness and clarity”. Fine’s soulful and analytical Colour Field series entitled “cool” engages the viewer and provokes a direct emotional and intellectual response teetering on the spiritual. Fine’s investigation of colour ranges from the brooding hues seen in Rothko’s work to the crisp and bright meeting of dual colors which echo the interior/exterior world she experienced in East Hampton.

Perle Fine and Jann Haworth’s artworks are displayed in the main gallery space; Mannequin Defectors shows Jann Haworth’s works on one level and Cool Series celebrating Perle Fine’s work on another, while Claudia Hart’s three-channel video installation of her pivotal artwork, The Ruins, is on view in the gallery’s new lower ground space, which hosts the recently opened Virtual Reality Library . The show also marks the first time Perle Fine’s iconic Cool Series is shown in the UK.

Mila Askarova, Founder of Gazelli Art House, says “The group show is an excellent way in which to see the unexpected interactions and correlations between the three artists – despite the decades separating them and the different mediums employed by each of the artists – there are cross-overs and explorations of mutually felt societal issues. We are very fortunate to unveil these parallels in our new group show.”

Co-creator of The Beatles’ Sgt. Pepper’s Lonely Hearts Club Band album cover, Jann Haworth (b.1942) is an American pop artist and advocate for female representation in the art world. Haworth’s March Set from 2017 is on view at Gazelli Art House. These works trace the experiences of the Women’s March that took place that year, using cardboard as her chosen medium to reflect the protest signs carried by many. With this series, Haworth challenges the status quo of expected compositions and embraces the diptych format while asking viewers to consider the accuracy of their own memories. Haworth depicts alternatives to the images created in Patched Canvases began in 2000 and evolved over the following ten years to incorporate vinyl, canvas and plastic into Haworth’s traditional fabric practice. In showing alongside Perle Fine the result will be multifaceted, textural and will target a spectrum of subjects and emotions as reflected by the array of artistic methods.

First and foremost, Perle Fine (1905-1988) considered herself a painter, however, she also experimented with a variety of mediums and multiple modes of abstraction throughout her career. Beginning art studies in her teenage years, Fine went on to read illustration and graphic design, exposing her to a range of disciplines before moving on to etching, drawing and collage. Throughout her 50 year career, Fine was consistently challenged and motivated by her identity as a female artist. Her entry into the New York art world of the 1940s defied principles that Haworth currently tackles as a female artist and advocate.

Also displayed on Dover Street, alongside the gallery’s new permenant VR Library, is a video work by Claudia Hart (b.1955). Hart’s project, The Ruins, contemplates the downfall of Western civilization, redefining the pillars of modern painting through a three-channel virtual maze from which there is no escape. Music composed by Edmund Campion complements Hart’s computer-made representations of copyright protected paintings. In toying with infringement, Hart makes a powerful statement about technological advancements in photography as they relate to both decline and revival.

Gazelli welcomes these artists to share the same physical space; the result is a united display from three American female artists who have lived and worked across three different generations and using different mediums. This unique group show seeks to unveil entrenched societal biases whilst prompting creative solutions to address these issues. On display until January 9, 2020.