To schedule an appointment to visit the exhibition, please email info@hollistaggart.com

Hollis Taggart presents Perceived Realities, a group exhibition curated by Paul Efstathiou, at the gallery’s 514 W 25th street location, and featuring works by Margaux Ogden, Matt Mignanelli, and Alexandros Vasmoulakis. The exhibition explores the artists’ distinct approaches to abstraction, focusing in particular on their handling of space and form. The gallery is currently open by appointment only, and virtual visits. 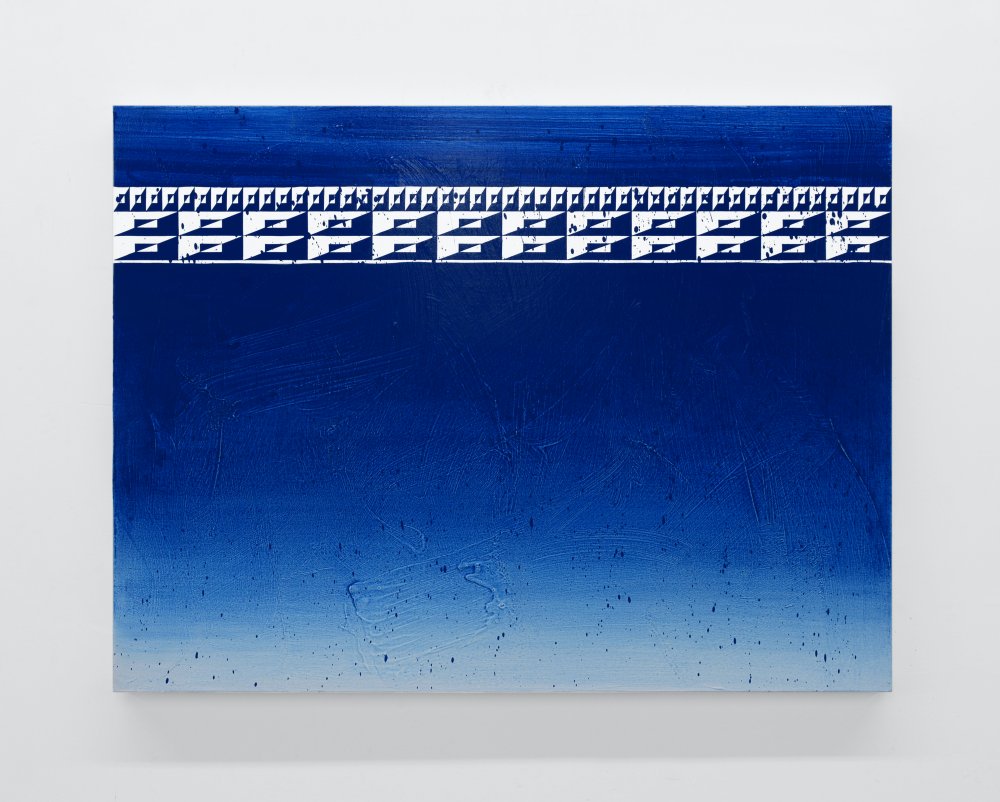 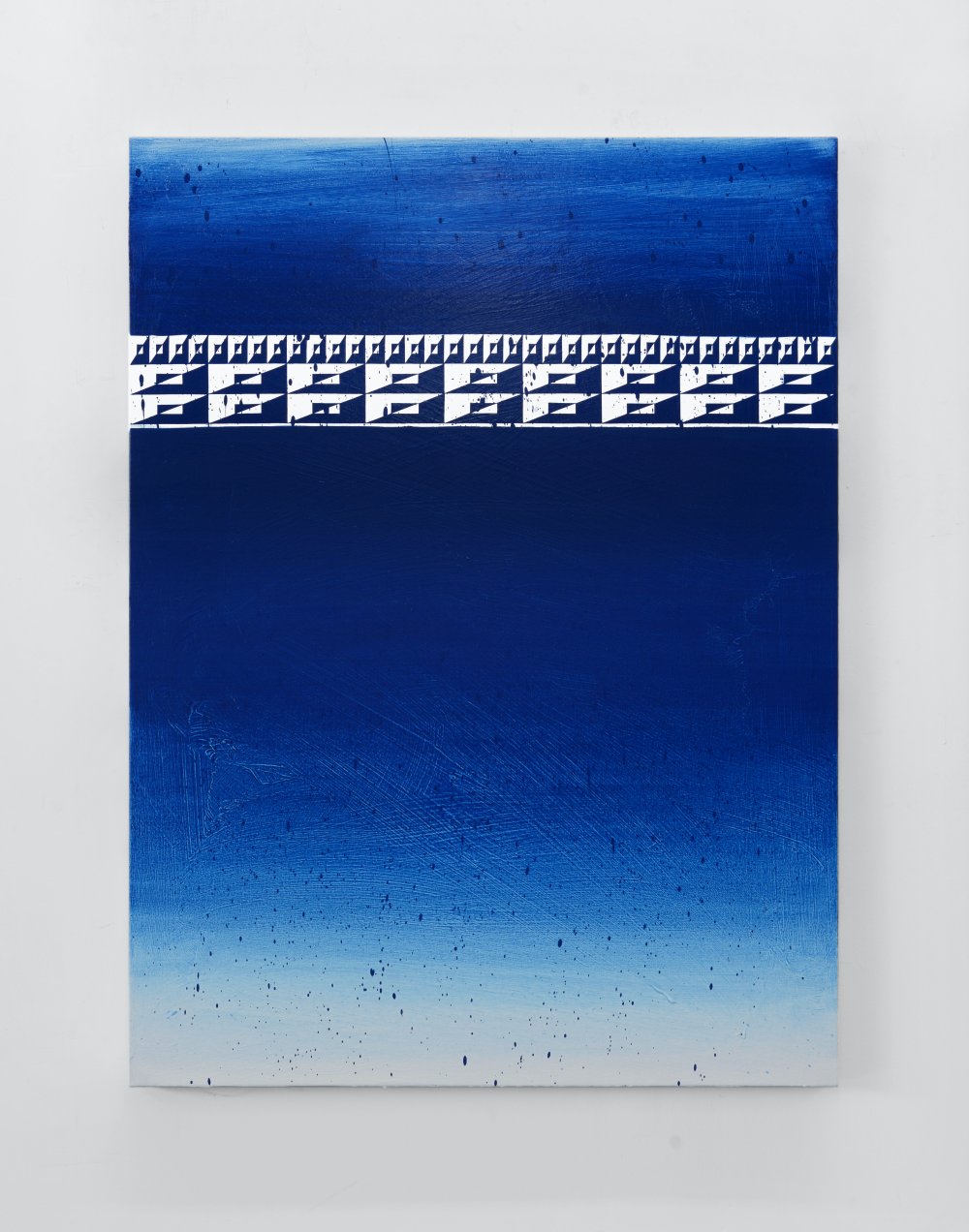 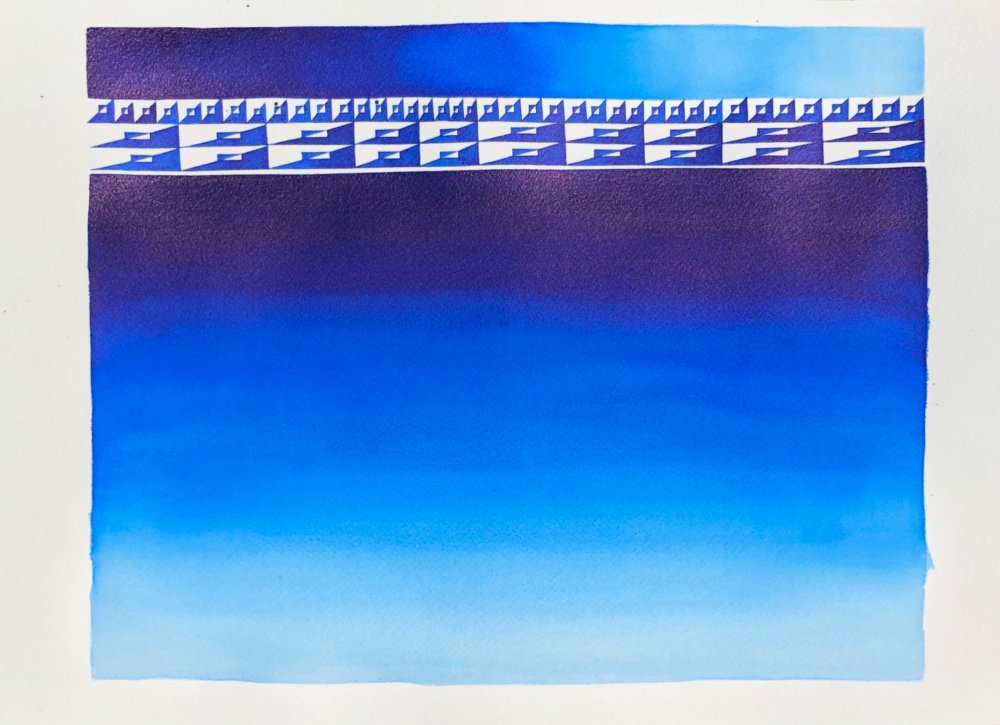 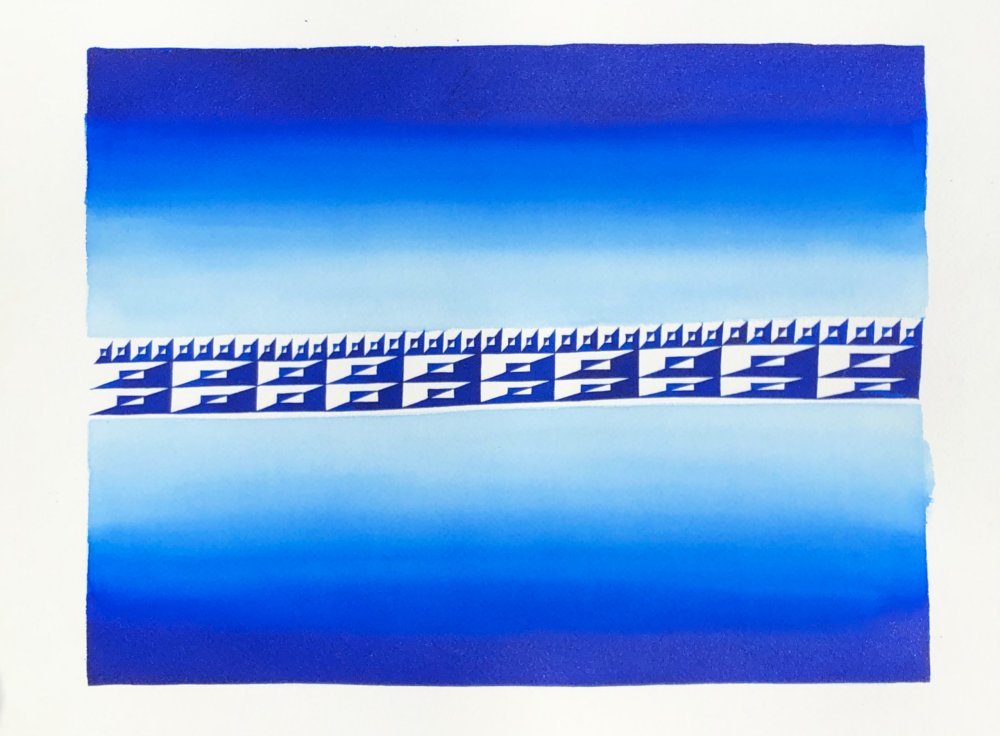 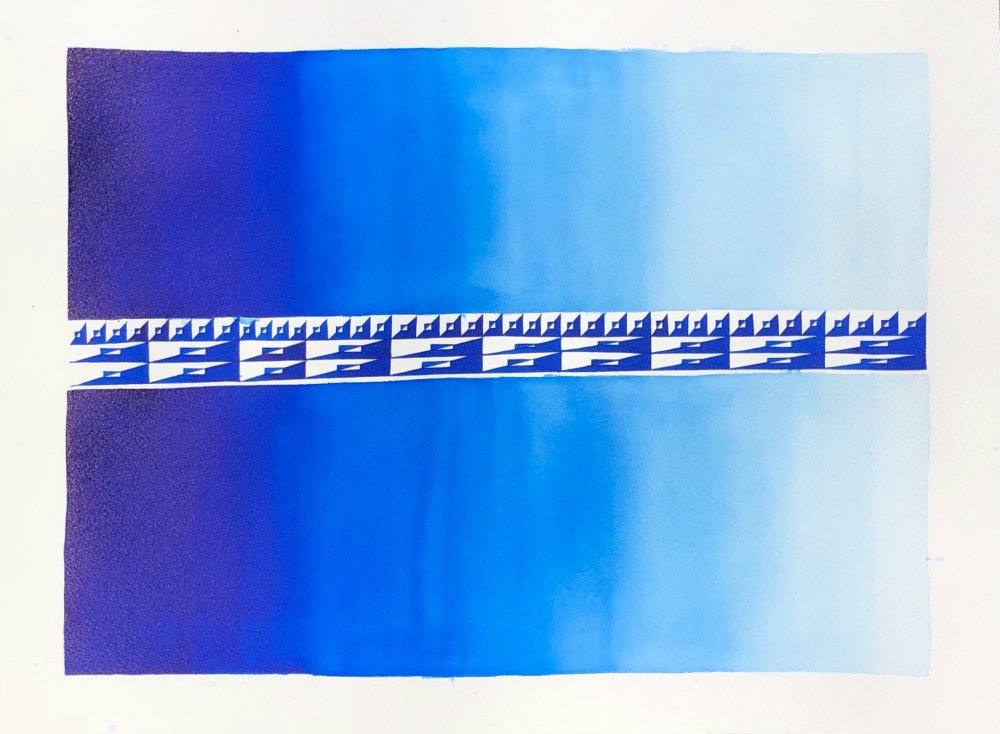 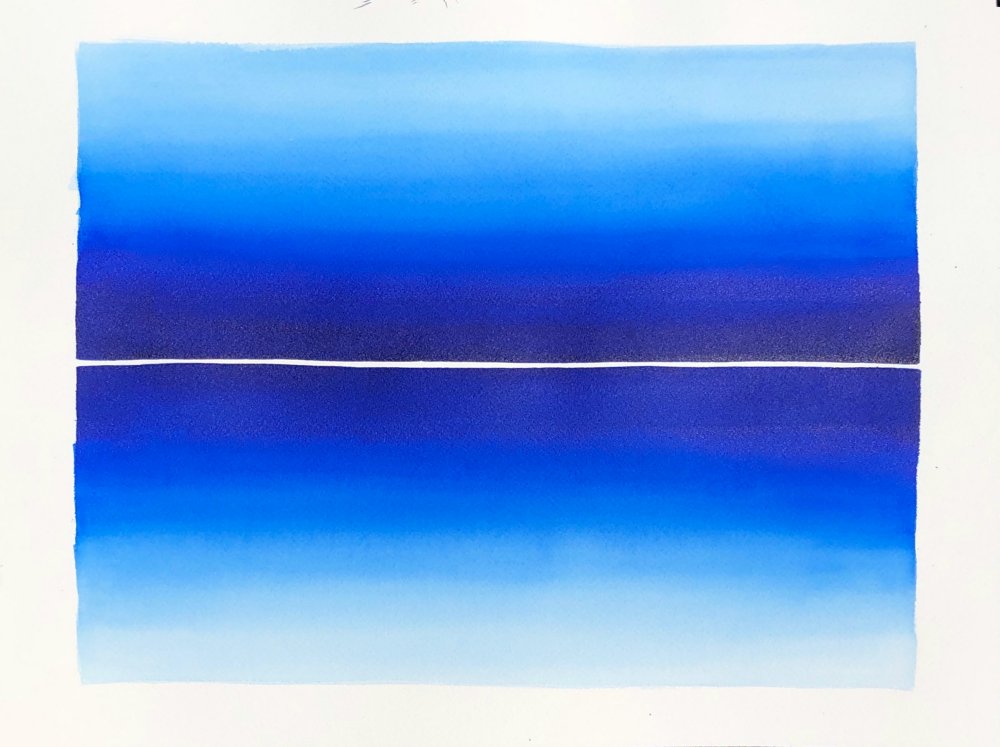 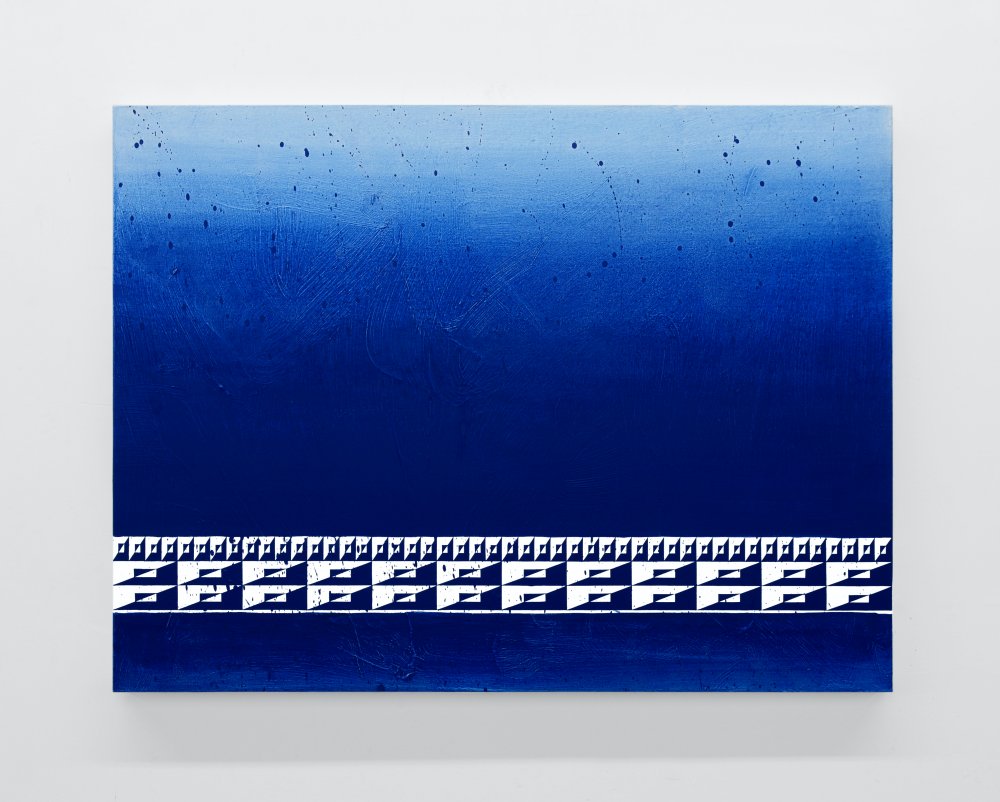 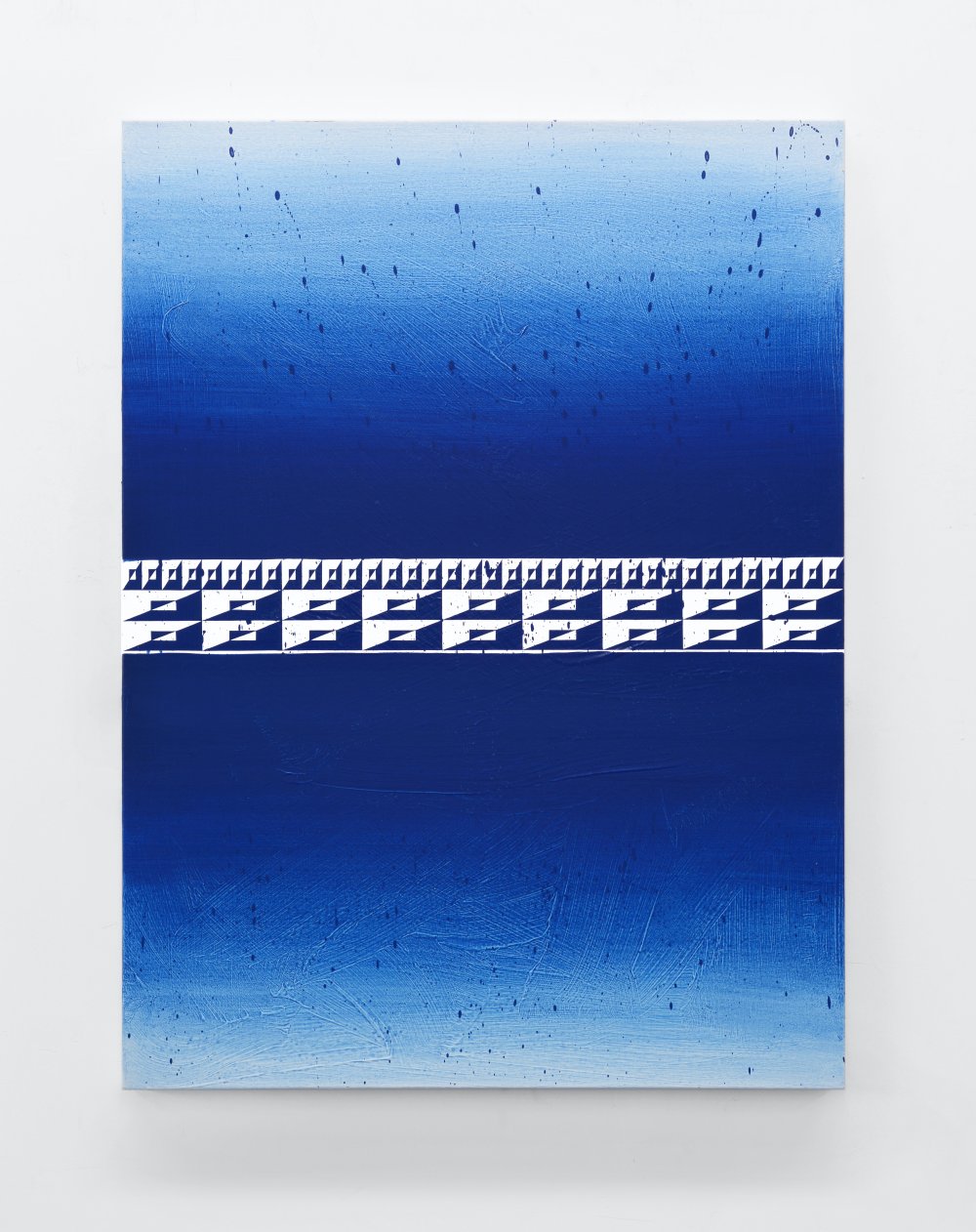 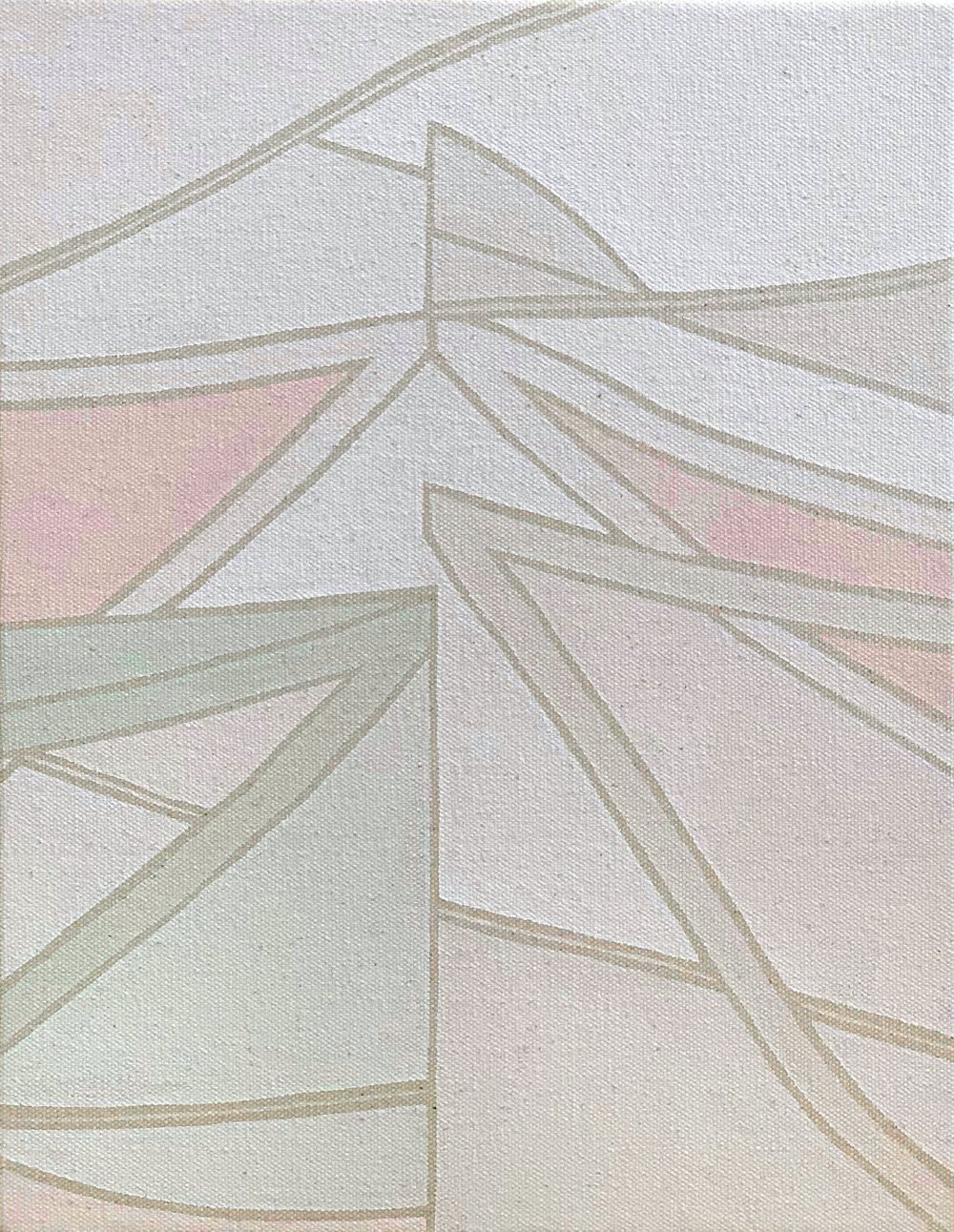 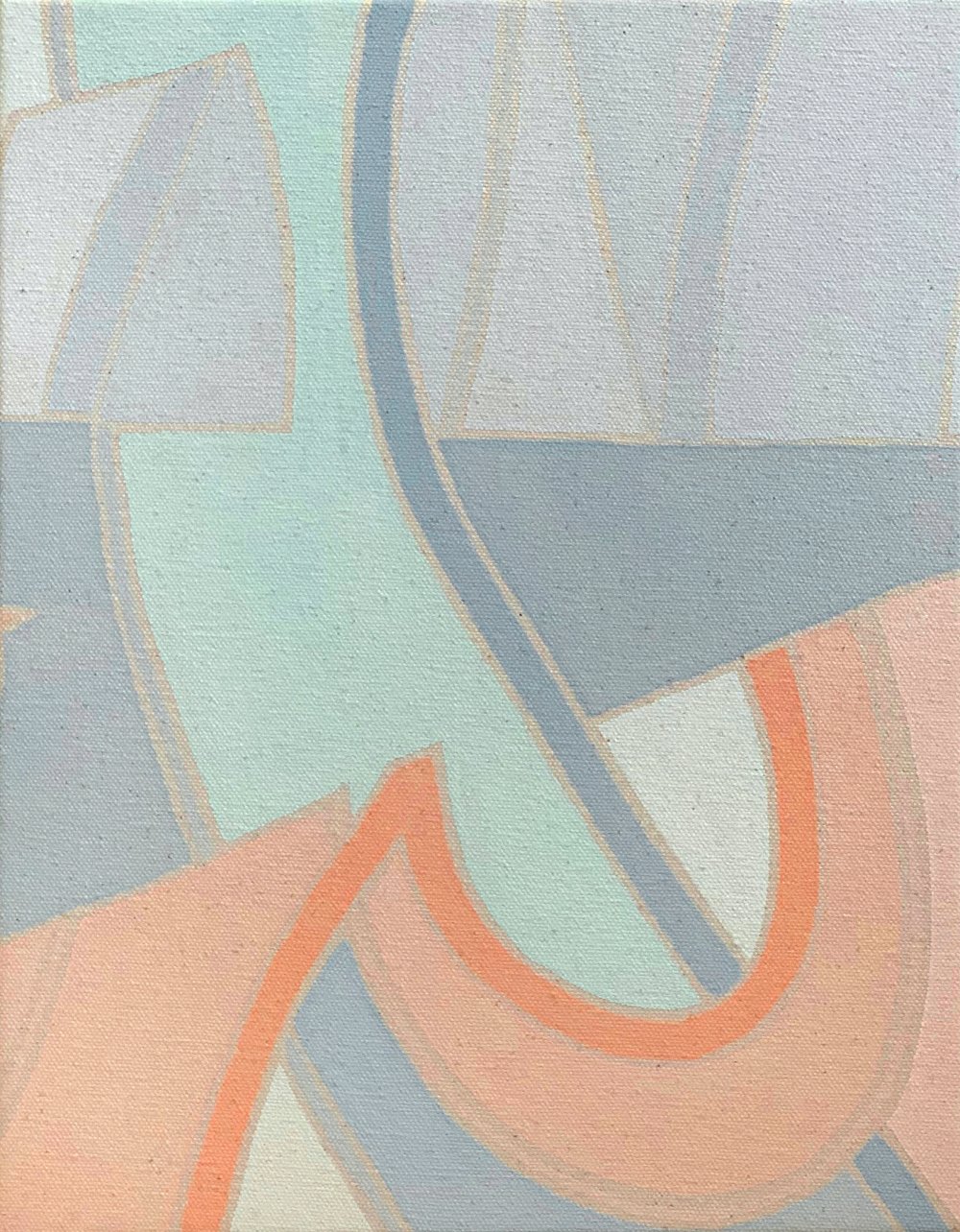 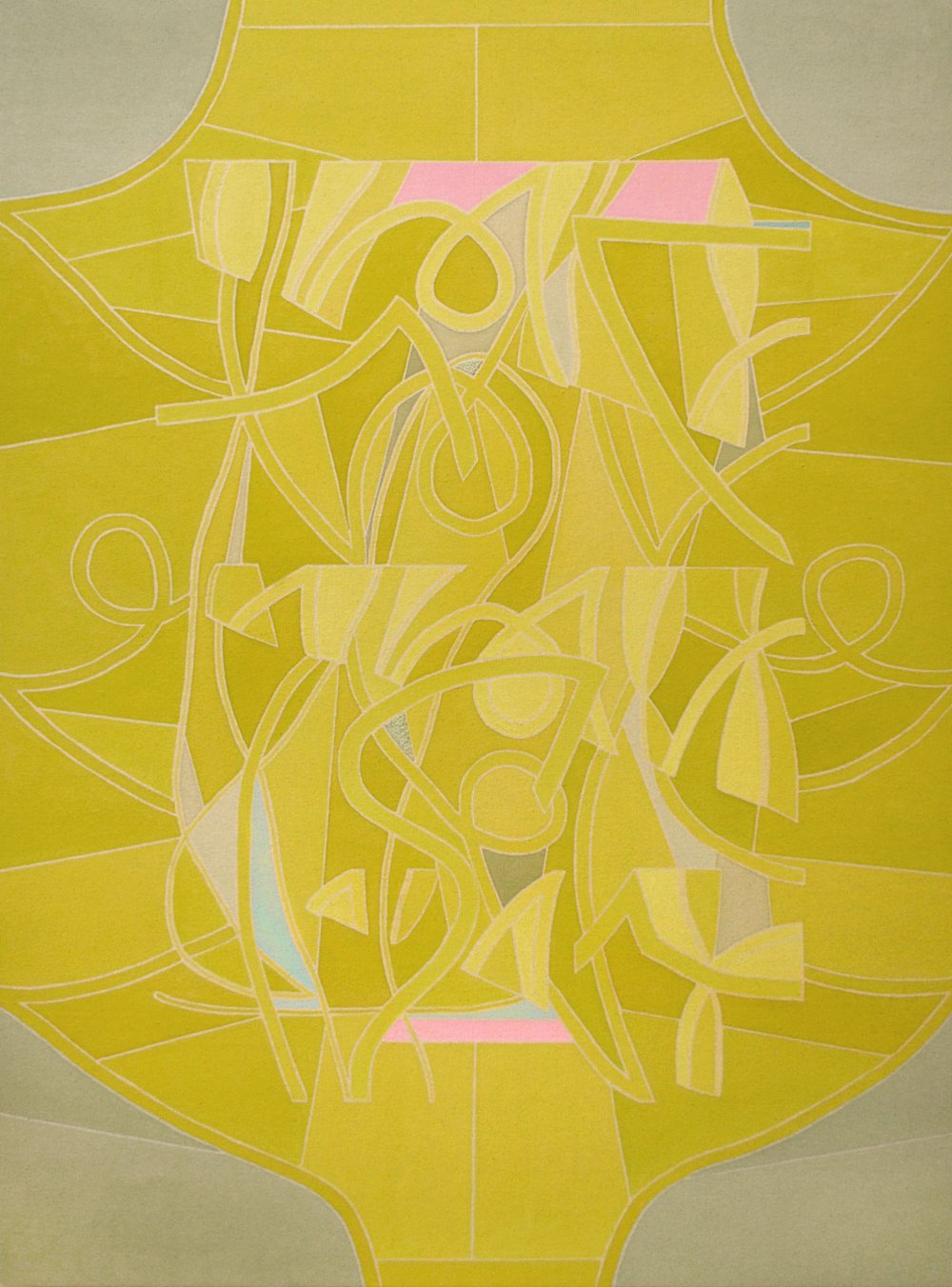 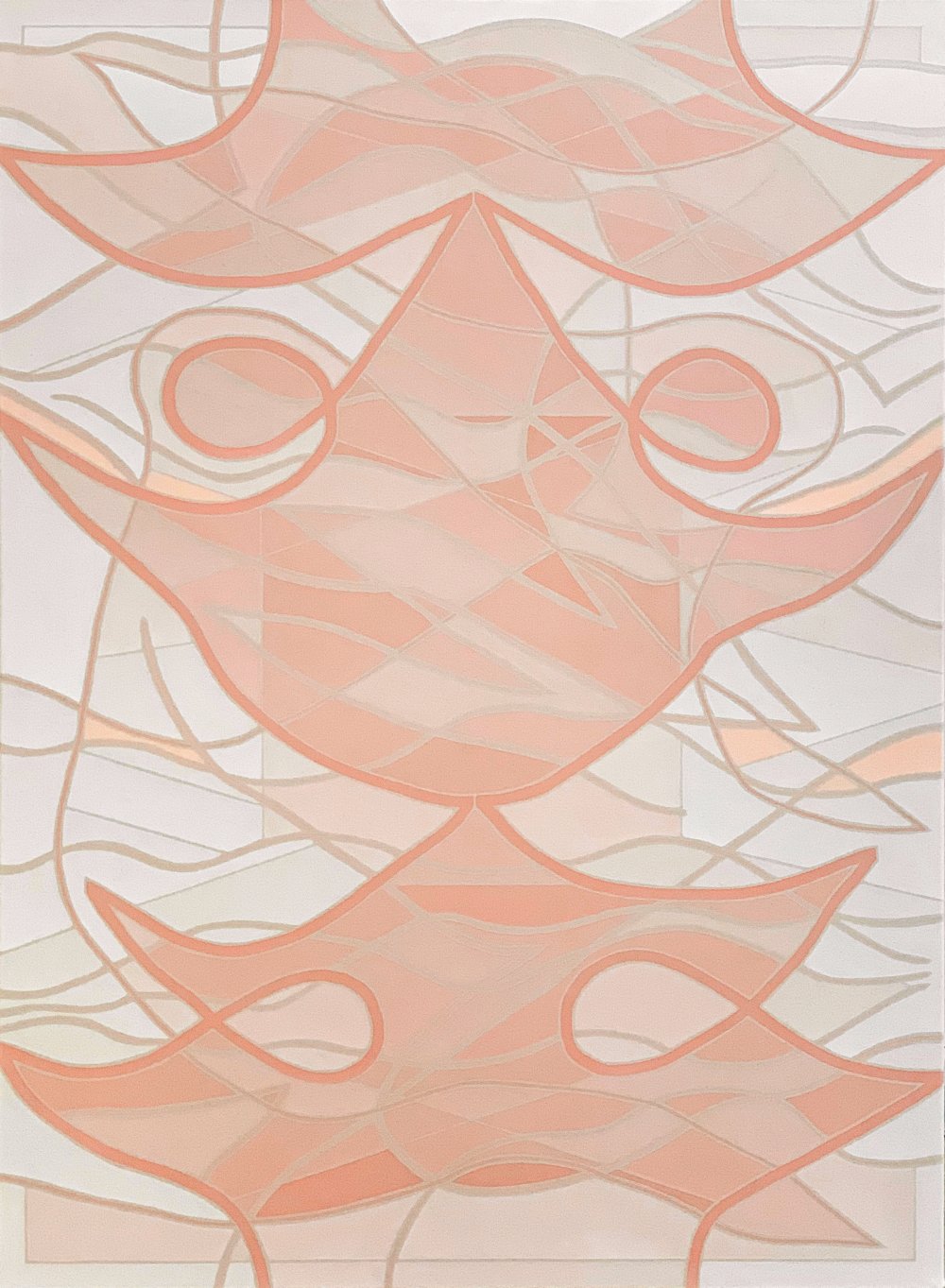 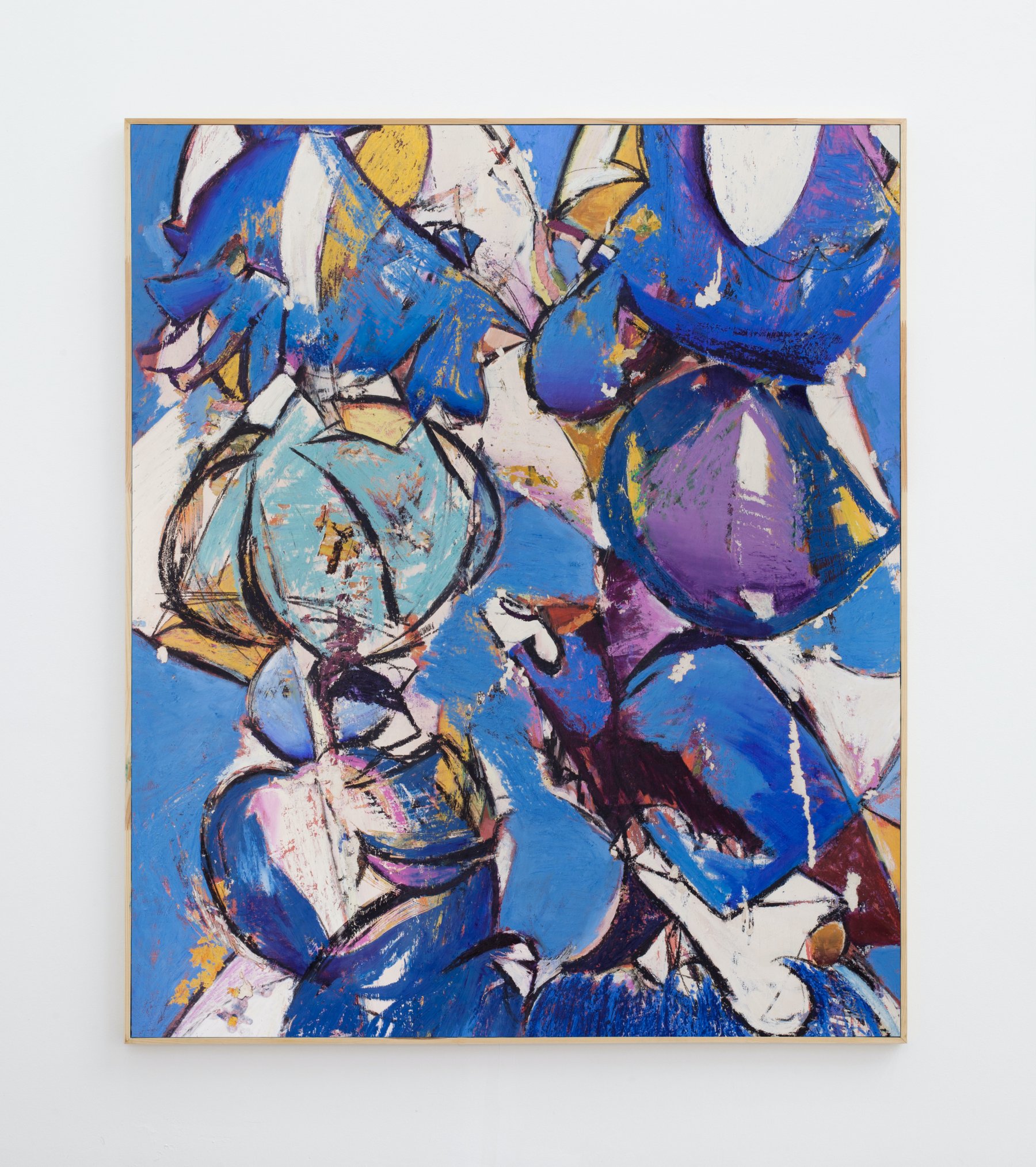 Alexandros Vasmoulakis
Outside Looking In, 2020 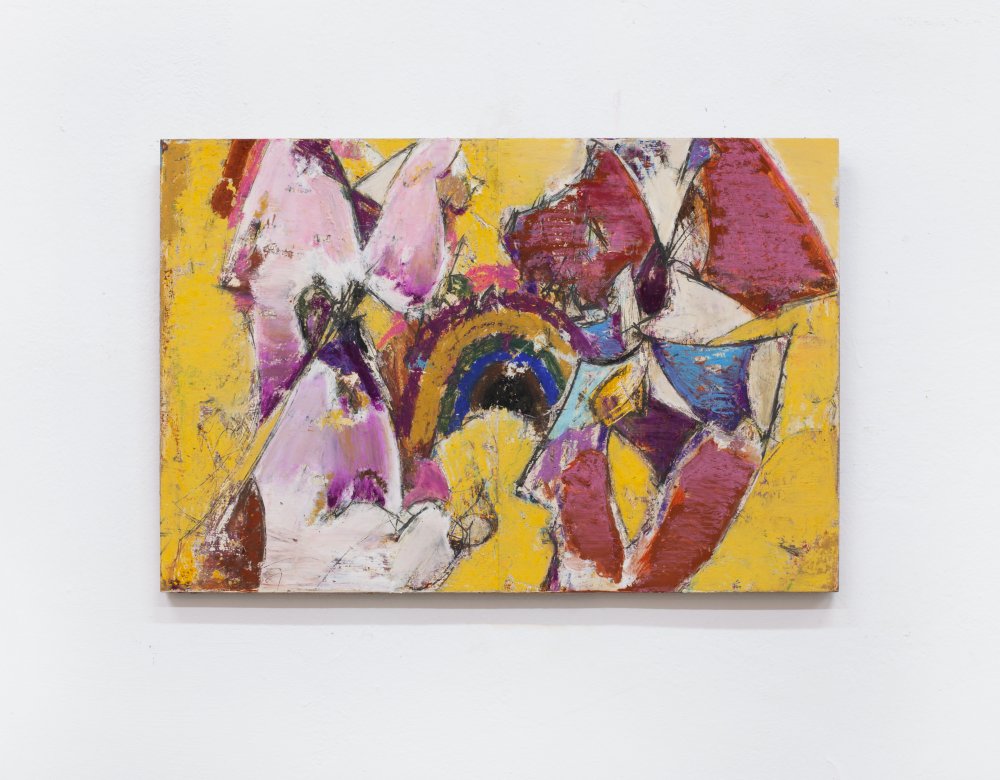 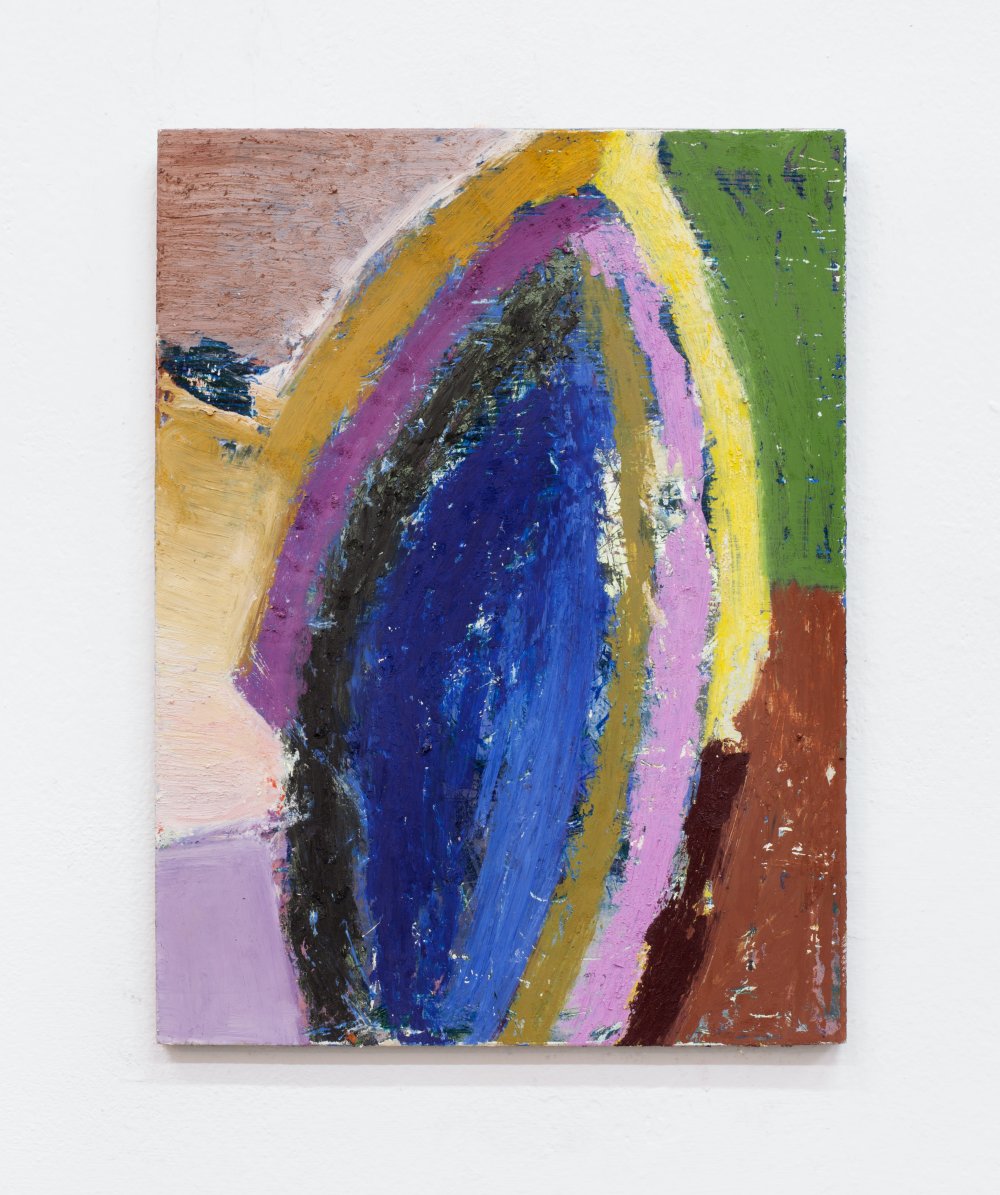 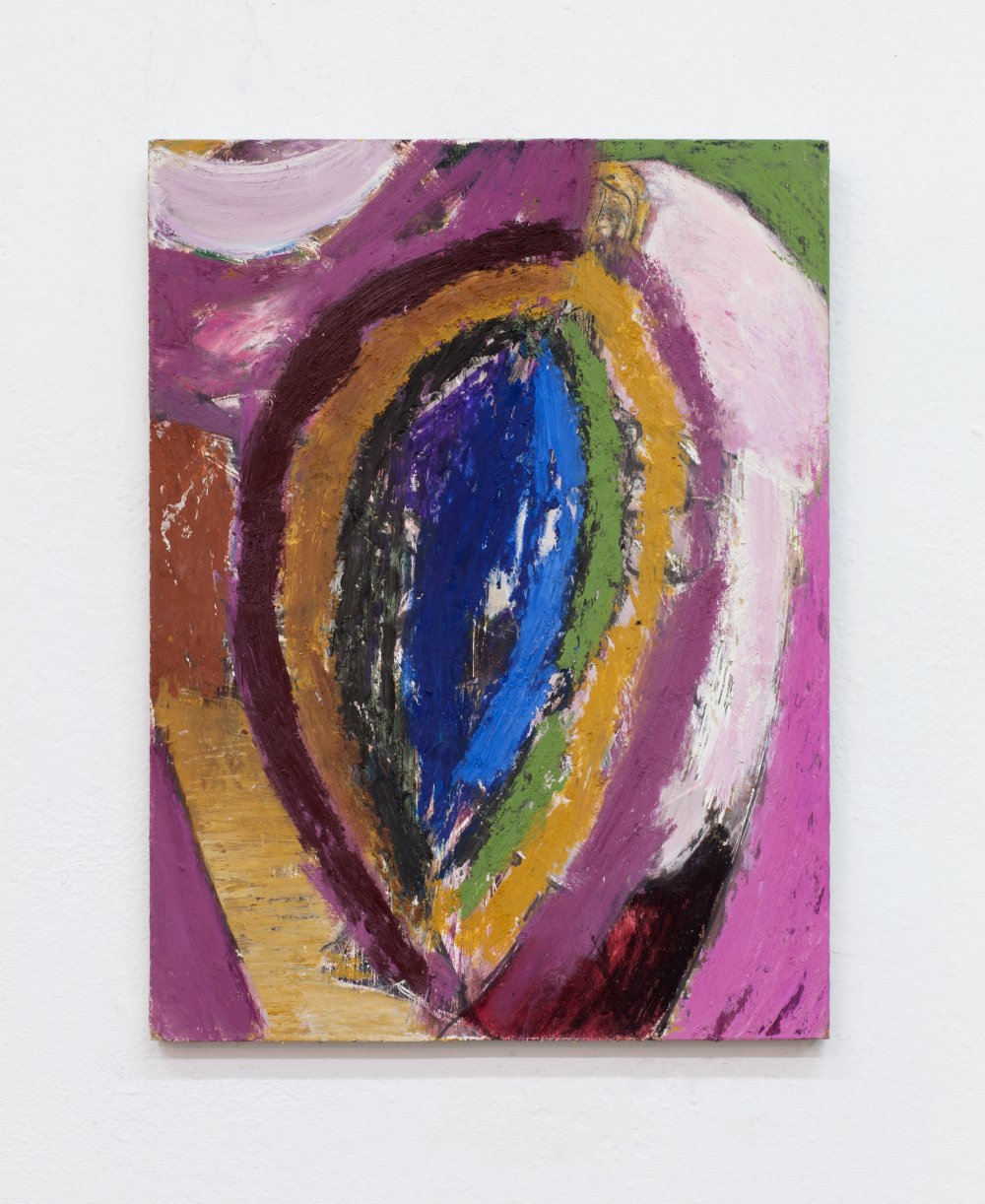 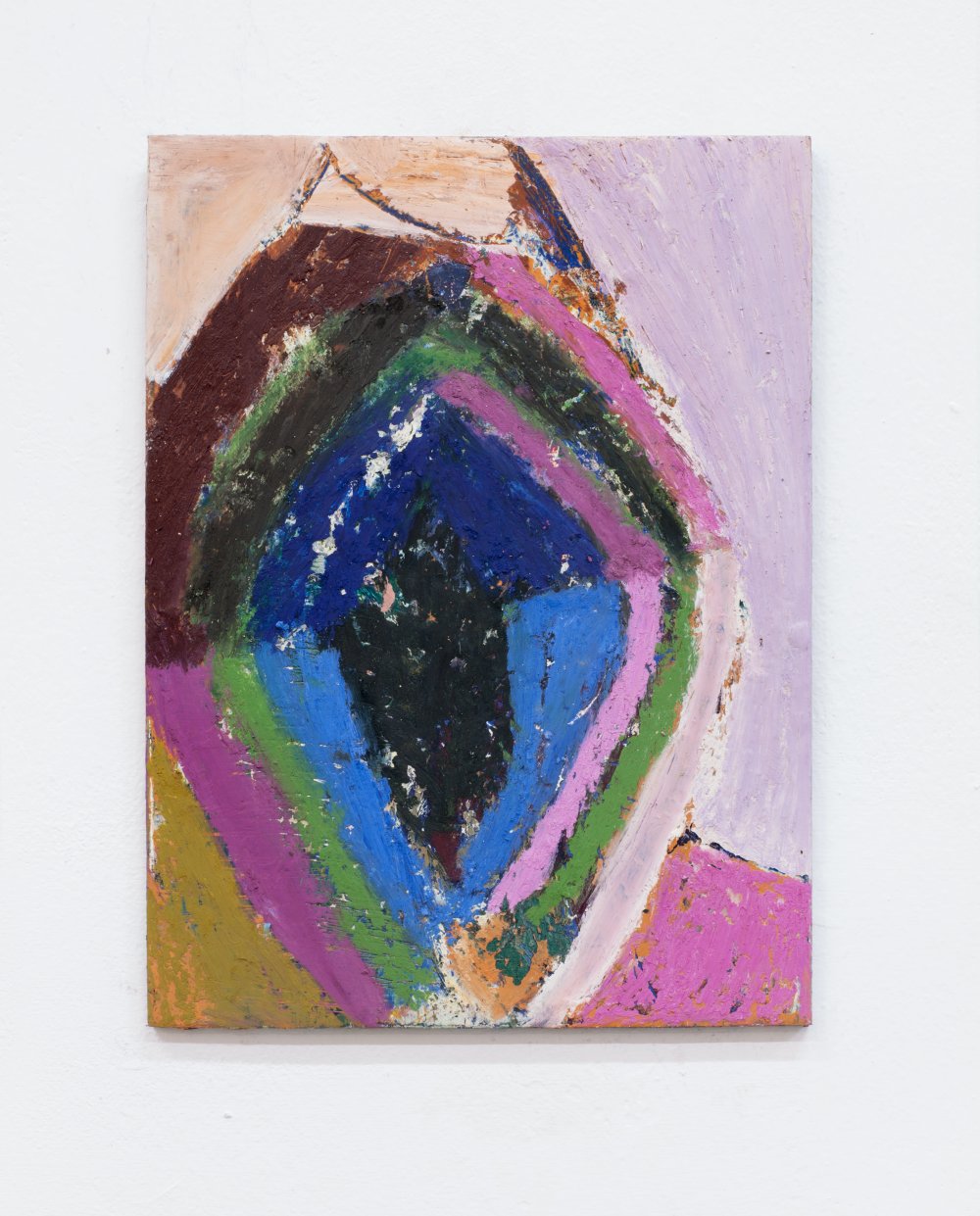 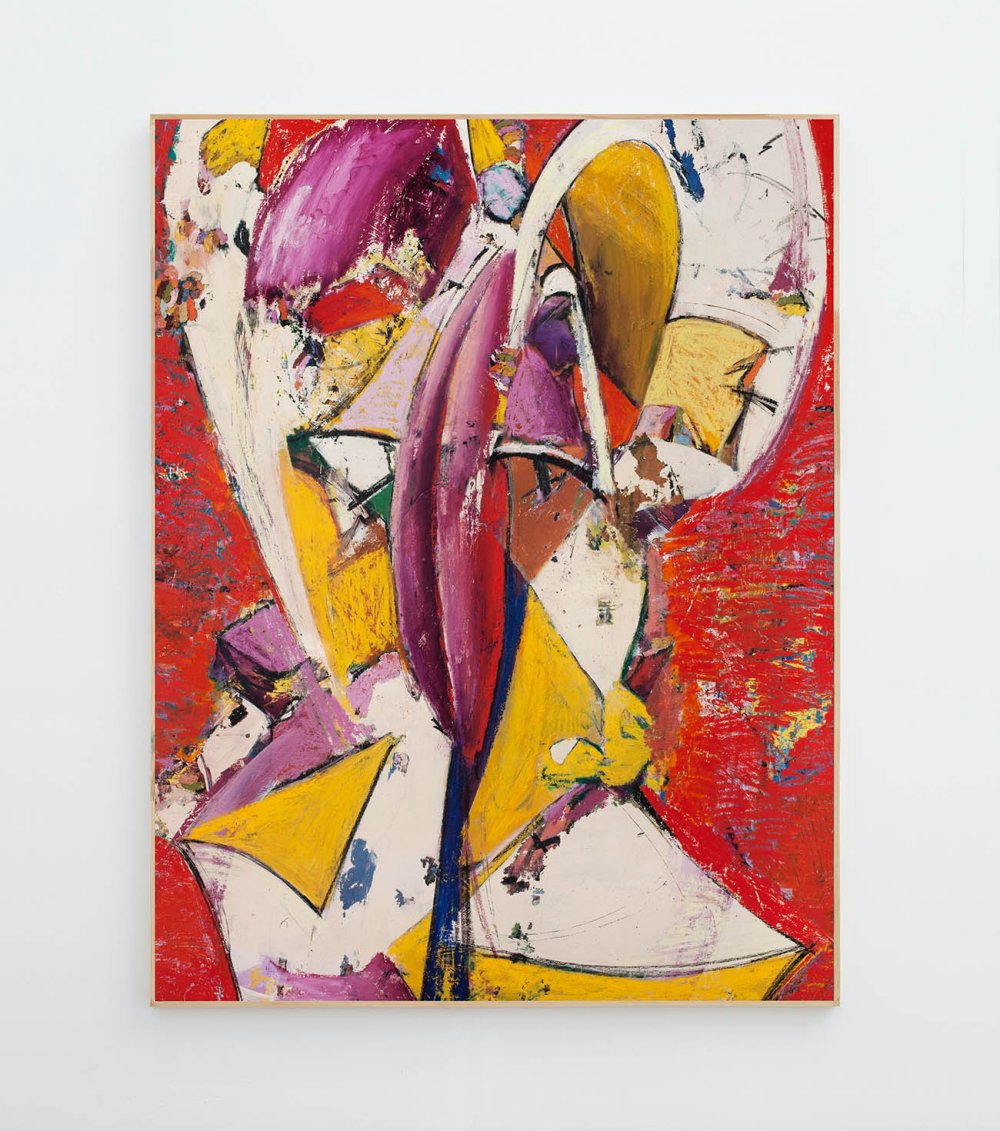 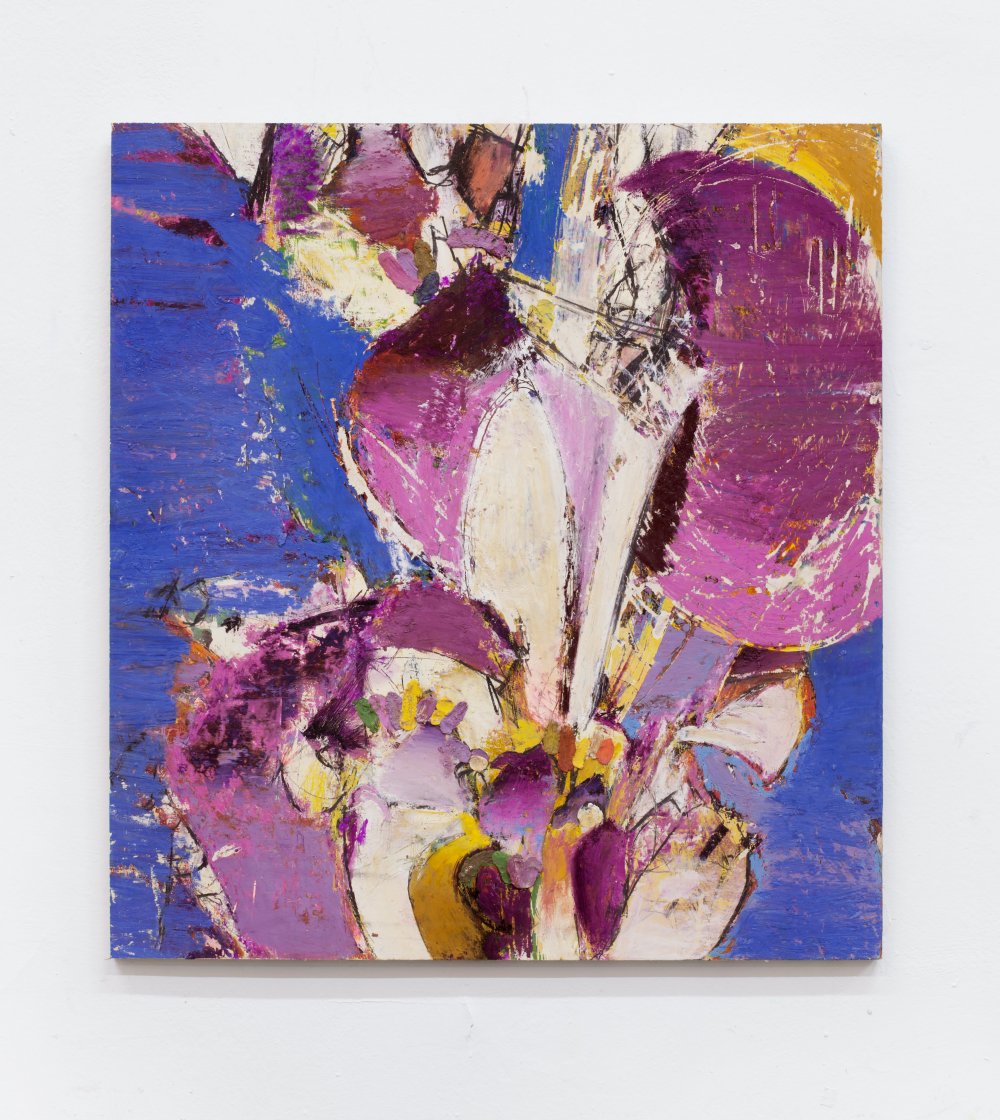 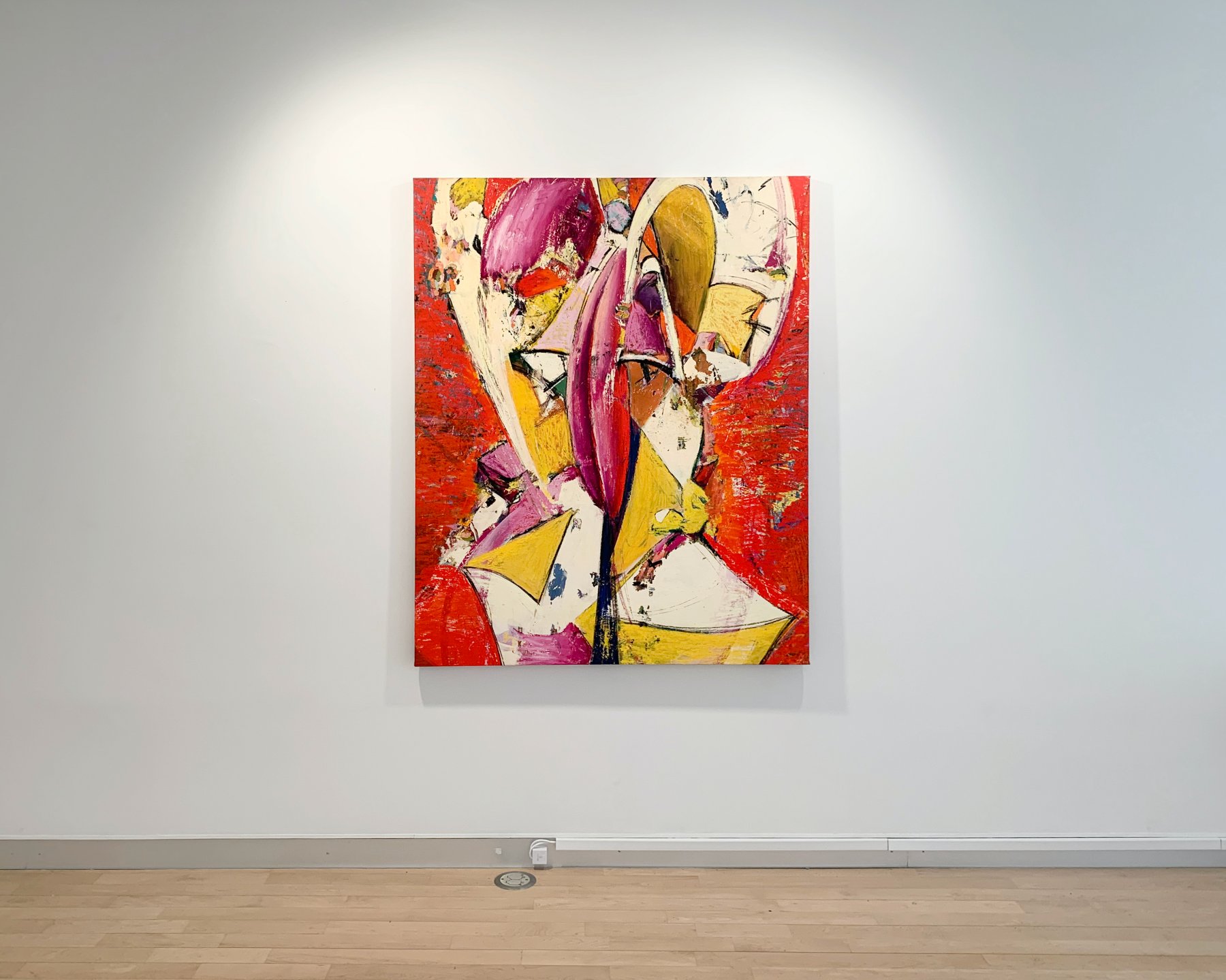 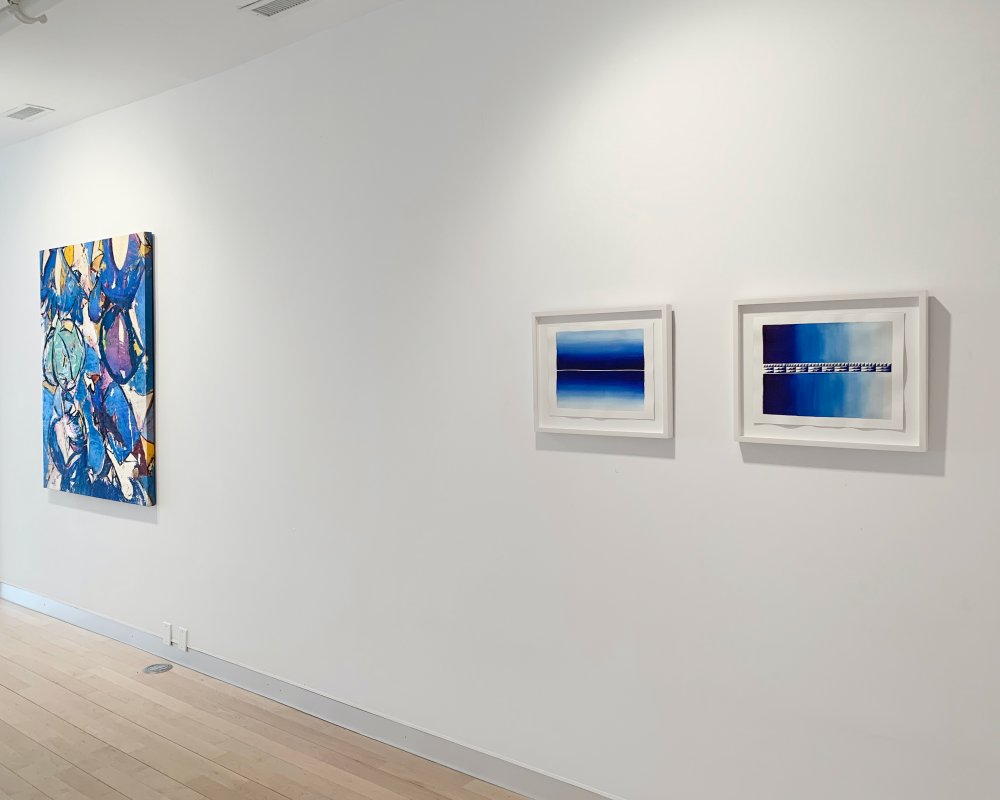 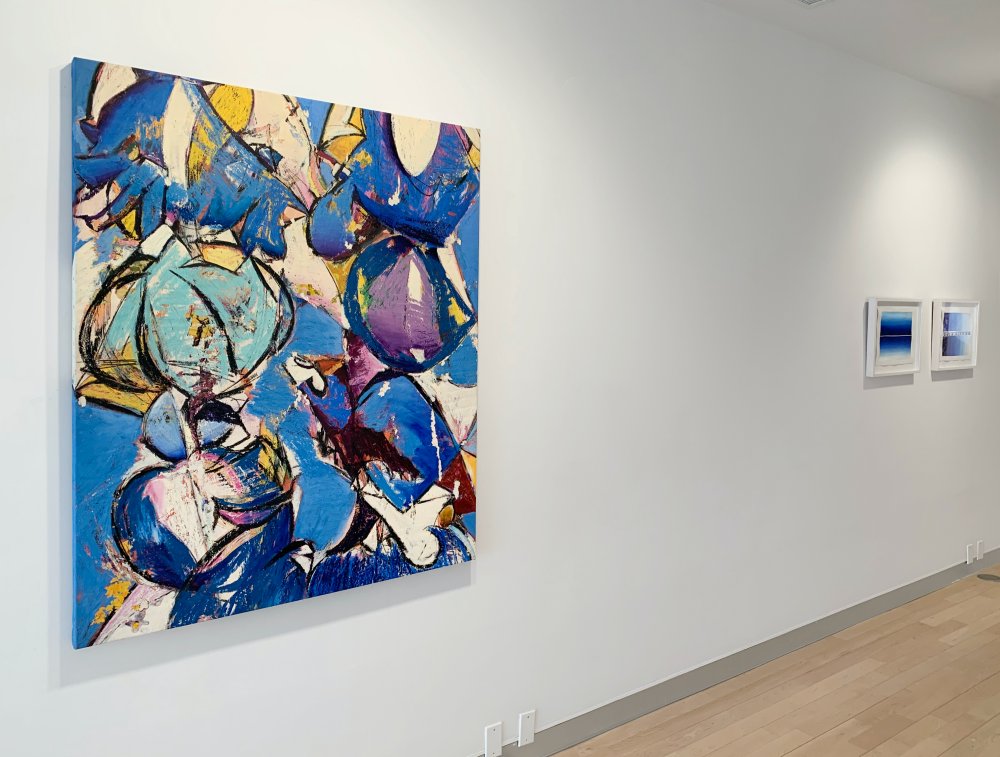 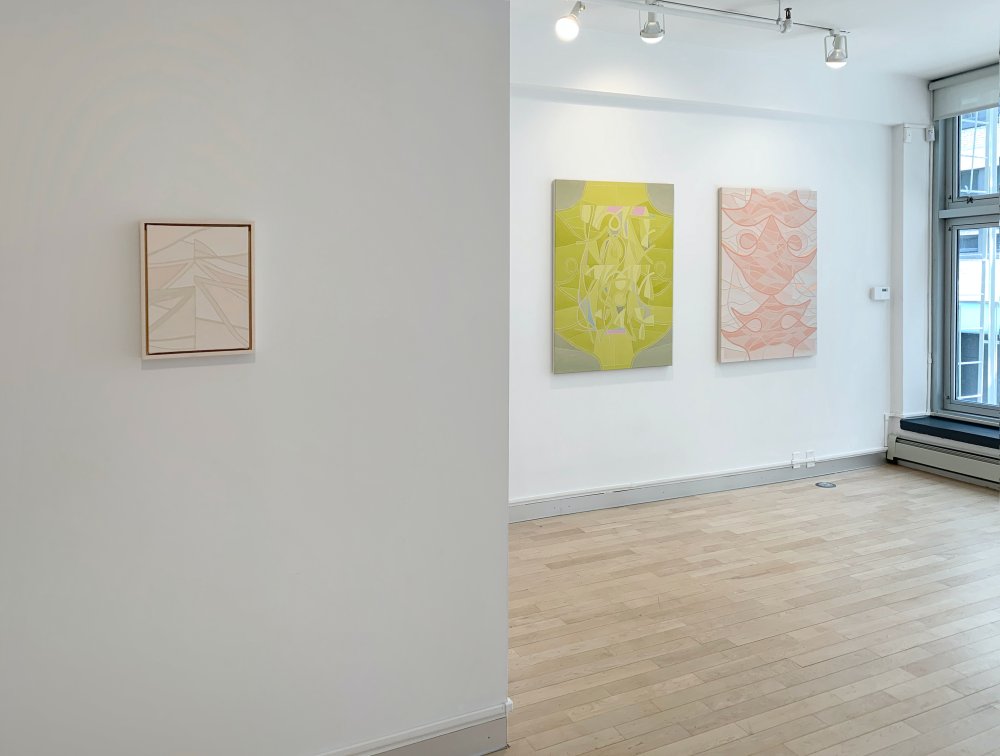 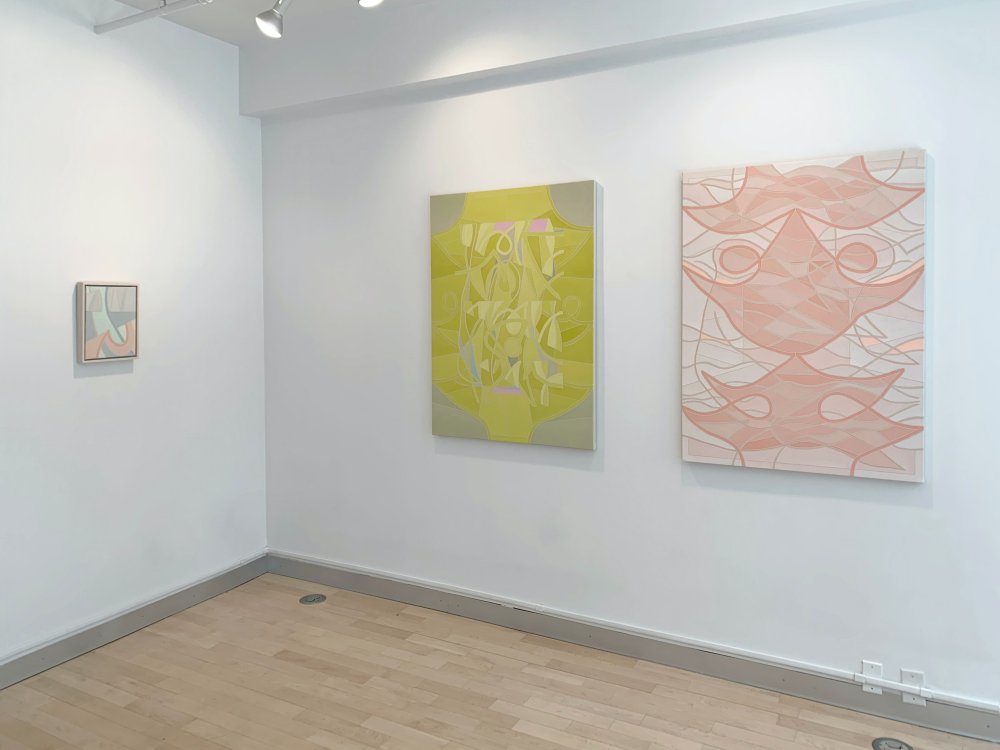 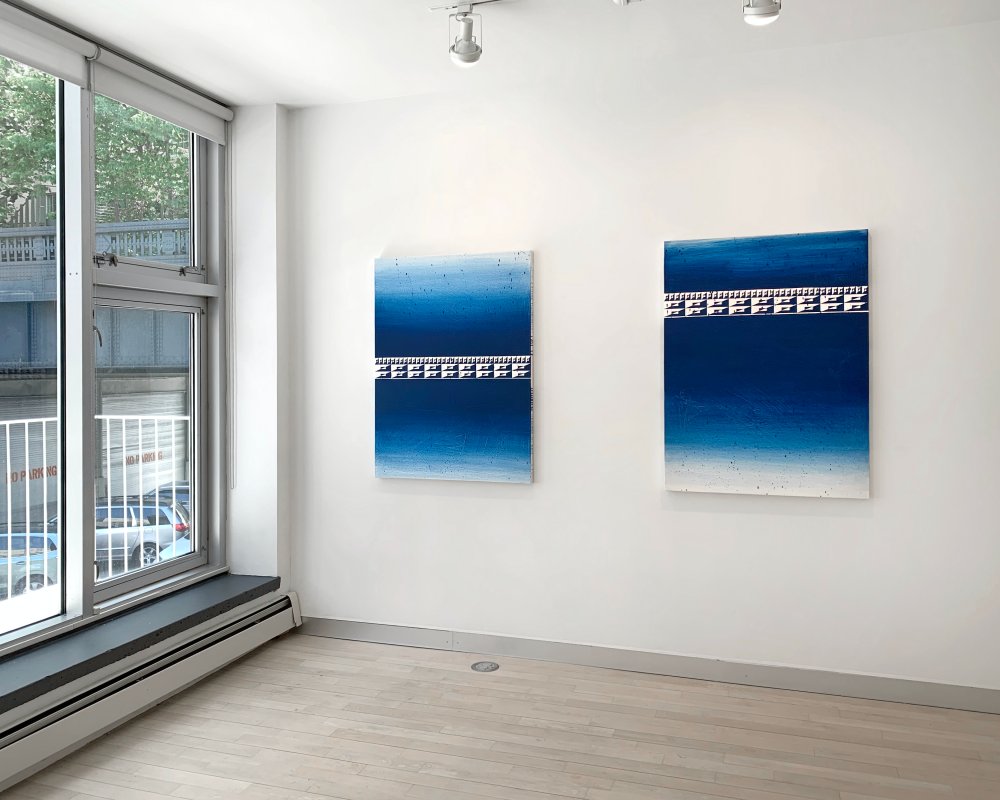 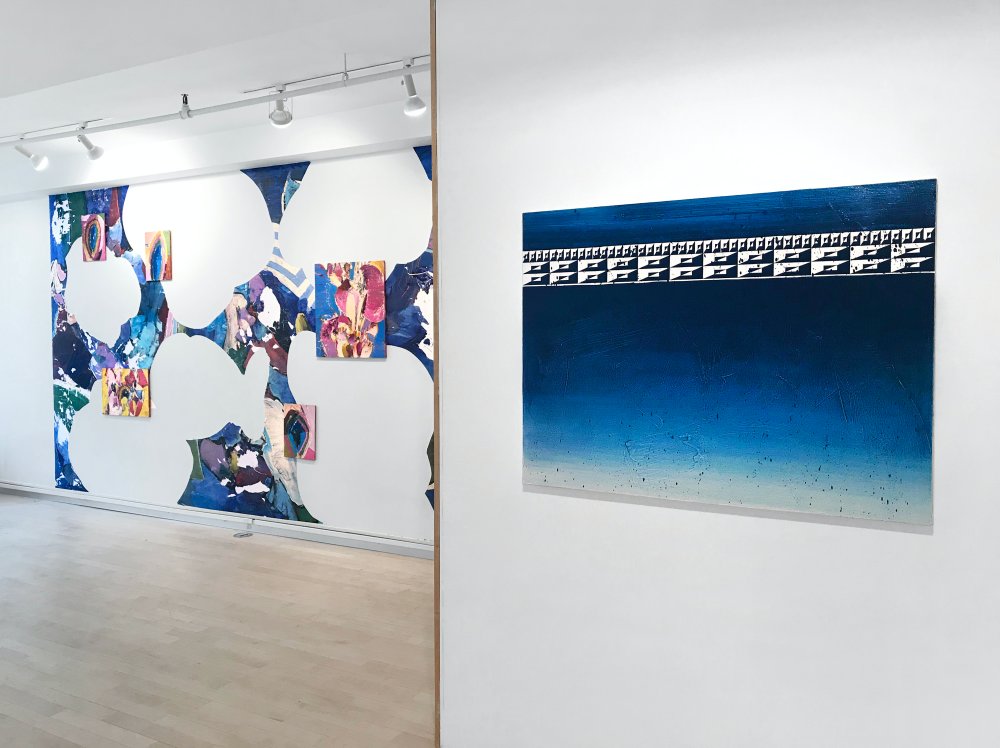 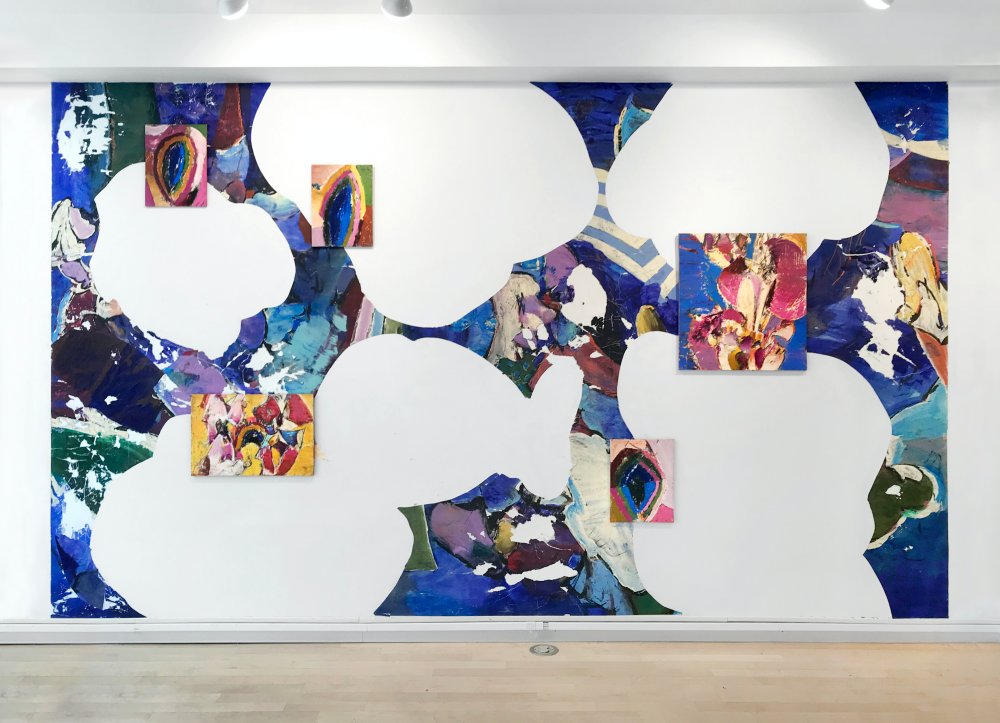 Margaux Ogden creates largely monochromatic, abstract compositions, often done in pastel hues. Fascinated by the slippage between accidental and planned mark-making, Ogden’s canvases are a combination of intentional and spontaneous gestures that highlight the process of creating. Ogden’s works are further characterized by a sense of fluid motion, as lines, fragmented forms, and blocks of color coalesce, disappear, and re-emerge across the surface plane. This sensation is further emphasized by Ogden’s approach to saturating and diluting her paint and her application on raw, unprimed canvas.​

Ogden’s recent solo exhibitions include Space Never Moved at Rental in East Hampton, NY (2018), Nothing Had Yet Been Sacrificed at Embajada in San Juan, PR (2016); Chekhov’s Gun at ltd los angeles in Los Angeles, CA (2015); and Down the Rabbit Hole at Freight & Volume in New York, NY (2015). She has also been featured in a wide range of group presentations, including those at Hollis Taggart (New York), Tops Gallery (Memphis), and Horse and Pony (Berlin), among others. In 2018, she was the recipient of a Pollock-Krasner Foundation Grant. Ogden lives and works in New York City.

Matt Mignanelli’s paintings explore the tension between expressionistic, painterly brushstrokes and the geometric precision of architectural elements seen within both urban and natural landscapes. In his new body of work, there is a reduction in the presence of geometric form, widening the expanses of gradated color. Reminiscent of bodies of water or early morning skies, these expansive environments transport us to a place of serenity. The bands of geometry that partition the fields of color inspire questioning about their meaning: are they representative of man-made structures within a landscape or an unknown series of hieroglyphs marking human existence. Equally important to Mignanelli’s practice is an examination of the potential and power of the monochrome. In particular, his work embraces a deep saturation of the color blue. While at first glance, his paintings may appear transporting, with stacks of brick-like forms set against the intense color of enamel and house paint, further inspection reveals a thoughtful engagement with light and shadow, depth and density, and spatial perception.​
​​​
Mignanelli’s recent solo exhibitions include Nocturnes at Denny Dimin Gallery in New York (2018) and Power Dynamics at Dubner Moderne in Lausanne, Switzerland (2018), as well as an ongoing public project of site-specific paintings realized throughout the ground floor of 5 Bryant Park. His work has also been featured in a wide range of group exhibitions including at SCAD Museum (Savannah), The Hole (New York), Anonymous Gallery (Mexico City), Hollis Taggart (New York), LUCE Gallery (Turin), and Richard Heller Gallery (Los Angeles), among others. Mignanelli lives and works in New York City.

Alexandros Vasmoulakis’s practice embraces large-scale wallpapering, painting, collage, and installations that merge and re-mix these various modes. Inspired by Abstract Expressionism, Cubism, graffiti and street art, as well as the visual language of cartoons, Vasmoulakis draws on these different movements and genres to produce dynamic hybrids that draw the eye and engage the viewer. Vasmoulakis’s approach is spontaneous; he draws and paints directly on his surfaces, avoiding any advance preparation. This results in a complex layering and erasure that produces dizzying and enigmatic effects.

Vasmoulakis’s recent solo exhibitions include Mind Mischief (2017) and The Eaters and The Eaten (2016) at The Breeder Gallery in Athens, My eyes are seeing you at Art Expertise in Athens (2014), and Figures at Le Basse Projects in Los Angeles (2013). His work has also been included in a wide range of group exhibitions, including at Fondation Cartier (Paris), Antikenmuseum (Basel), Eighteen Gallery (Copenhagen), and Bozar (Brussels), among others. He lives and works in Athens and Kythnos (GR) and Windsor (UK).