Tiwani Contemporary presents in collaboration with Stevenson Gallery, South Africa, the London solo exhibition, For Dear Life with Penny Siopis. The exhibition coincides with Frieze London 12-17 October, in which Siopsis is a participating artist in Stevenson’s group presentation at the art fair. 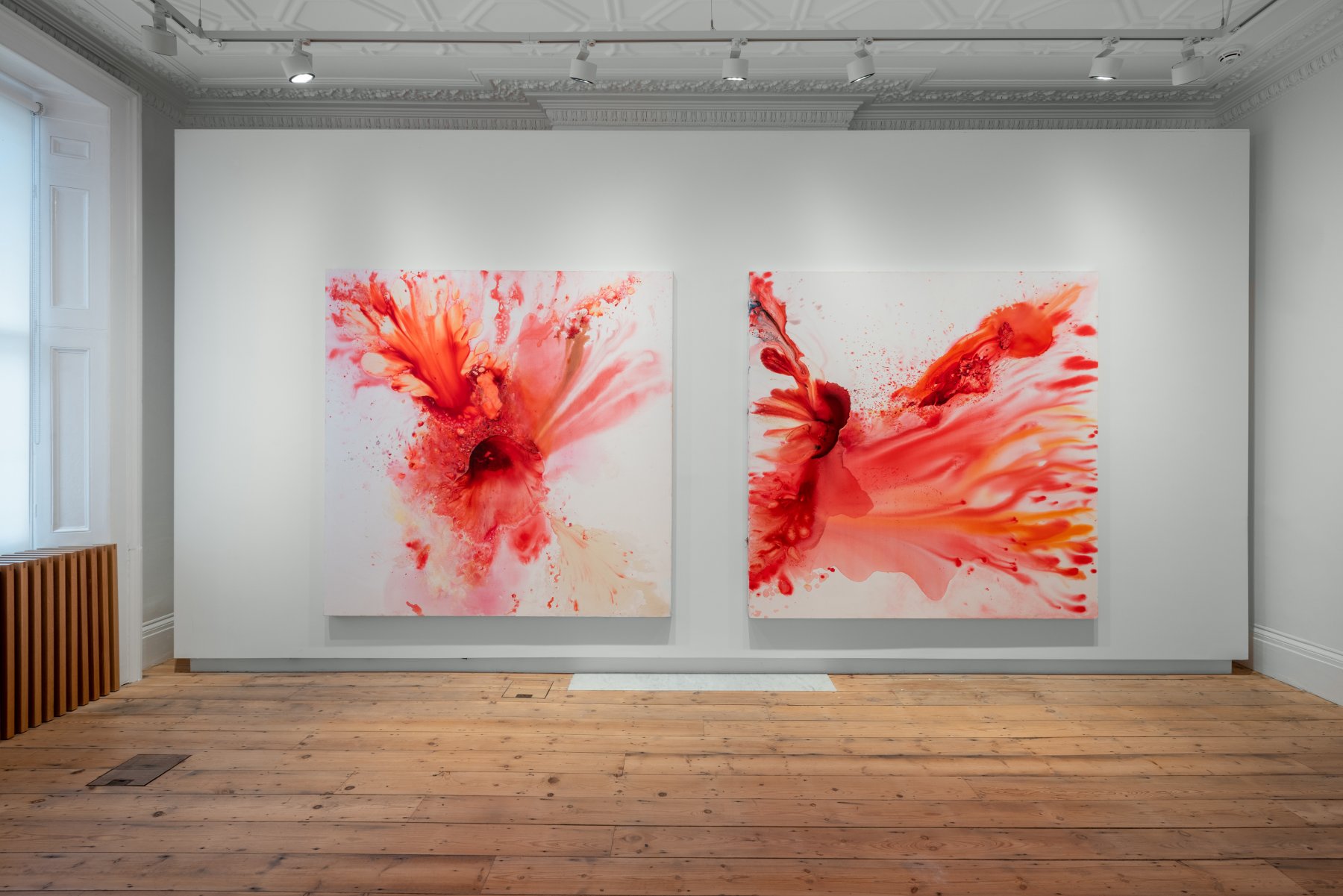 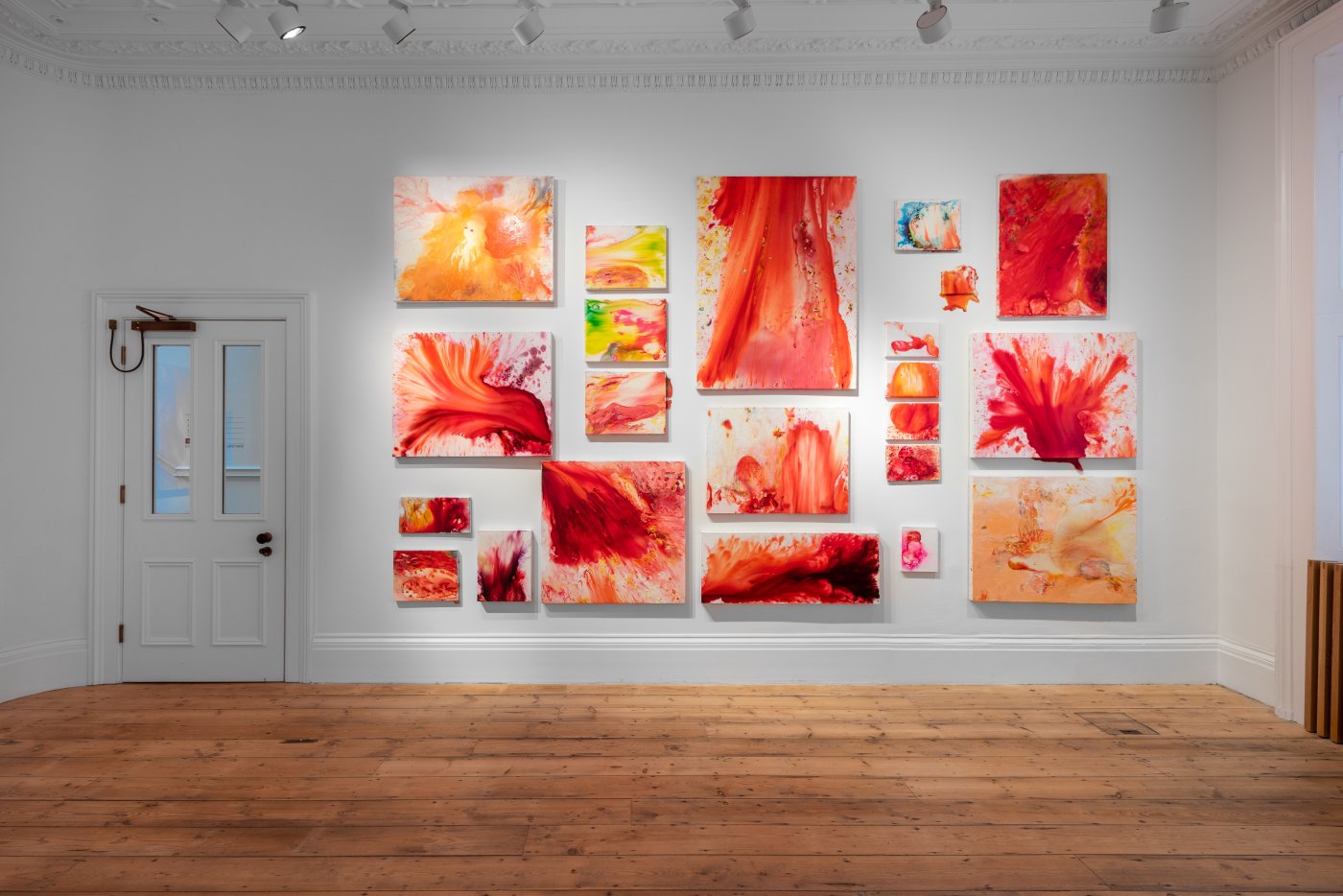 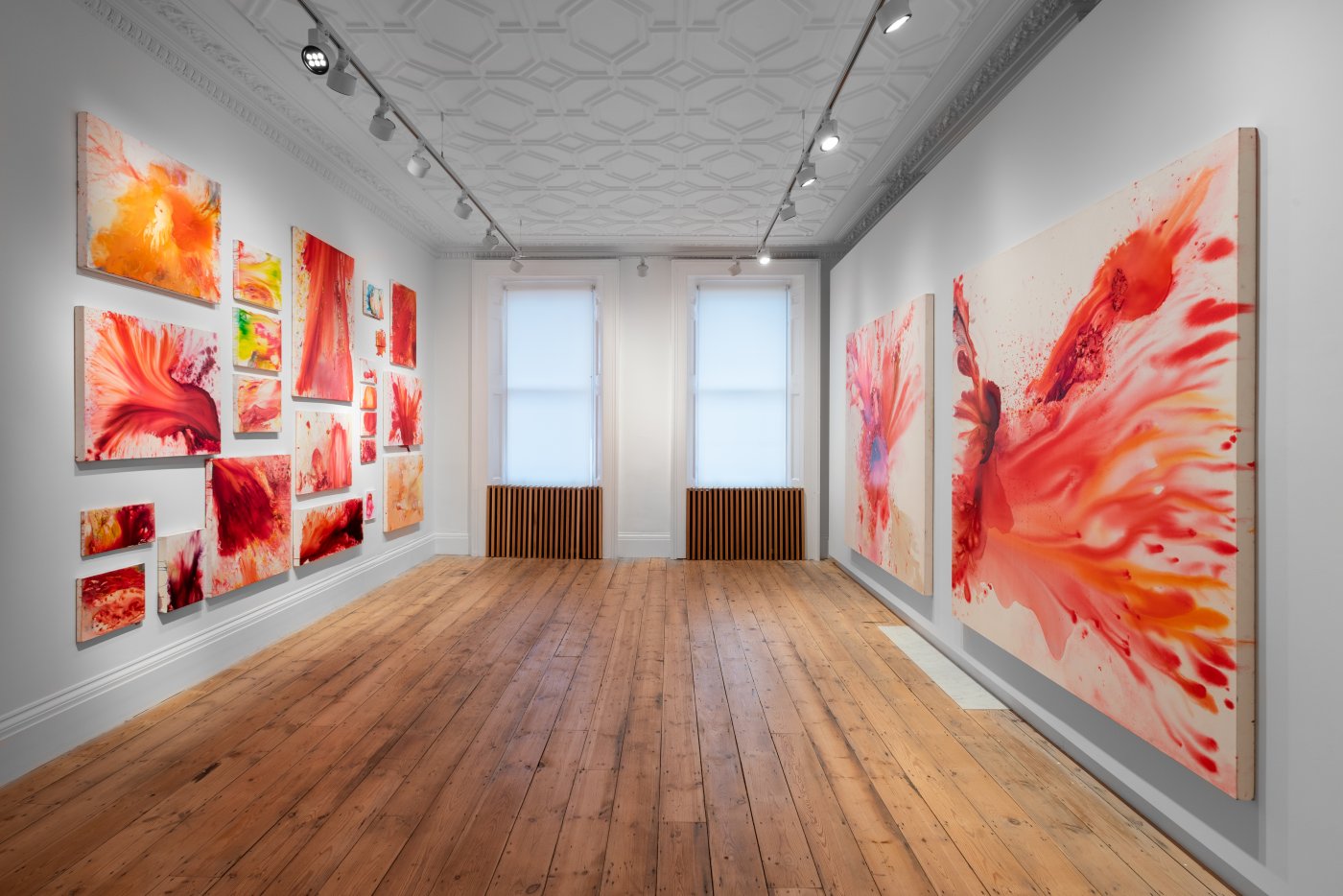 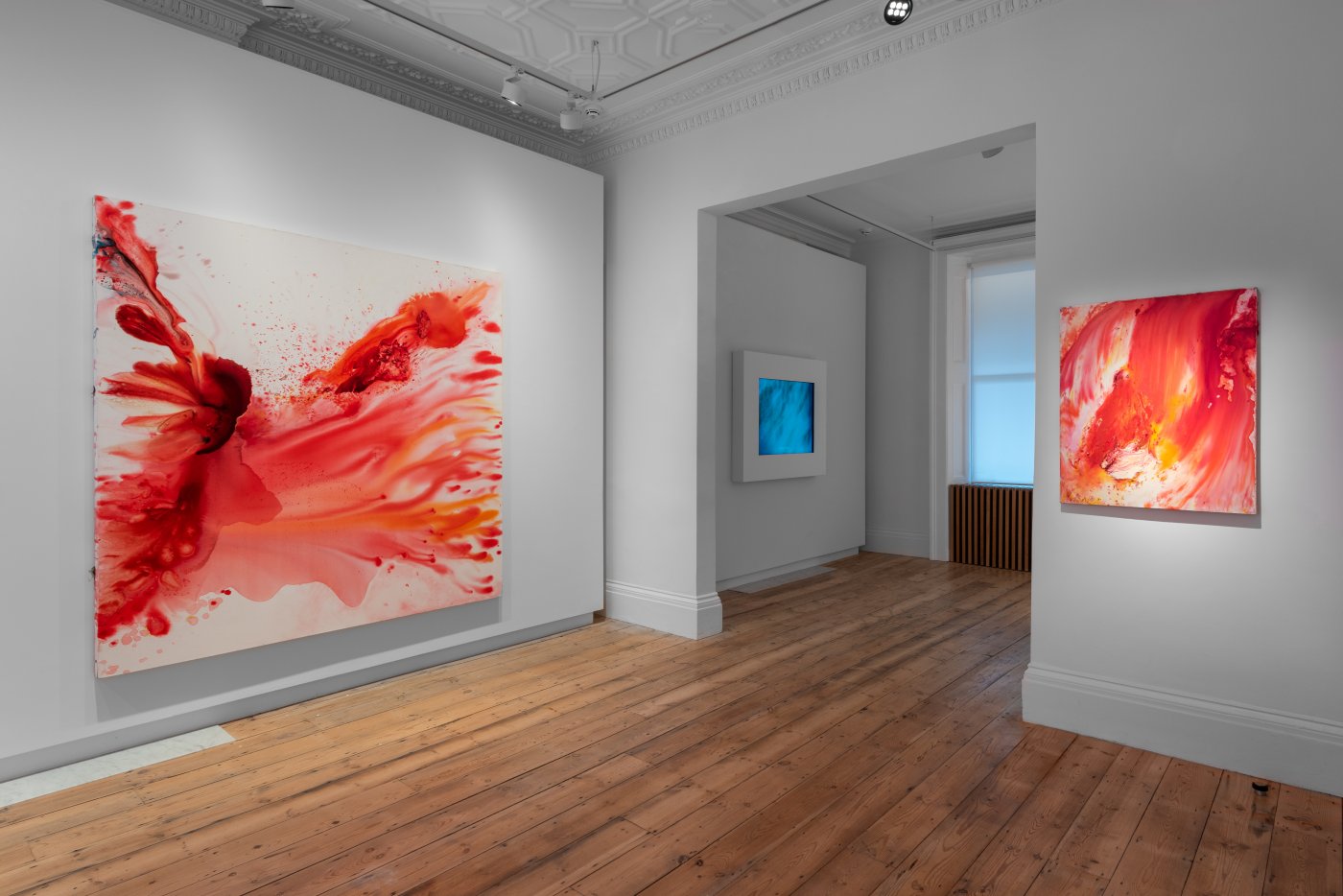 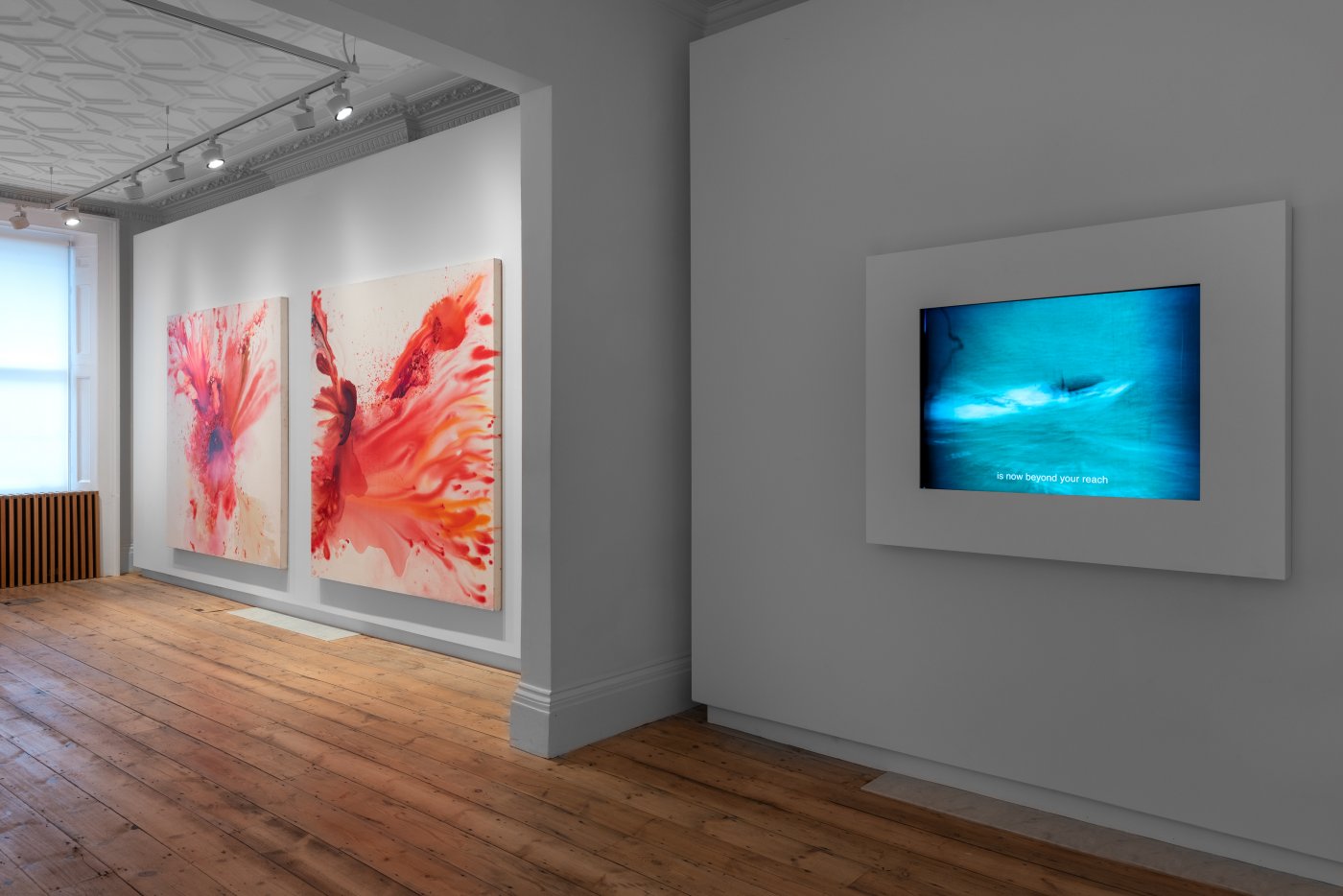 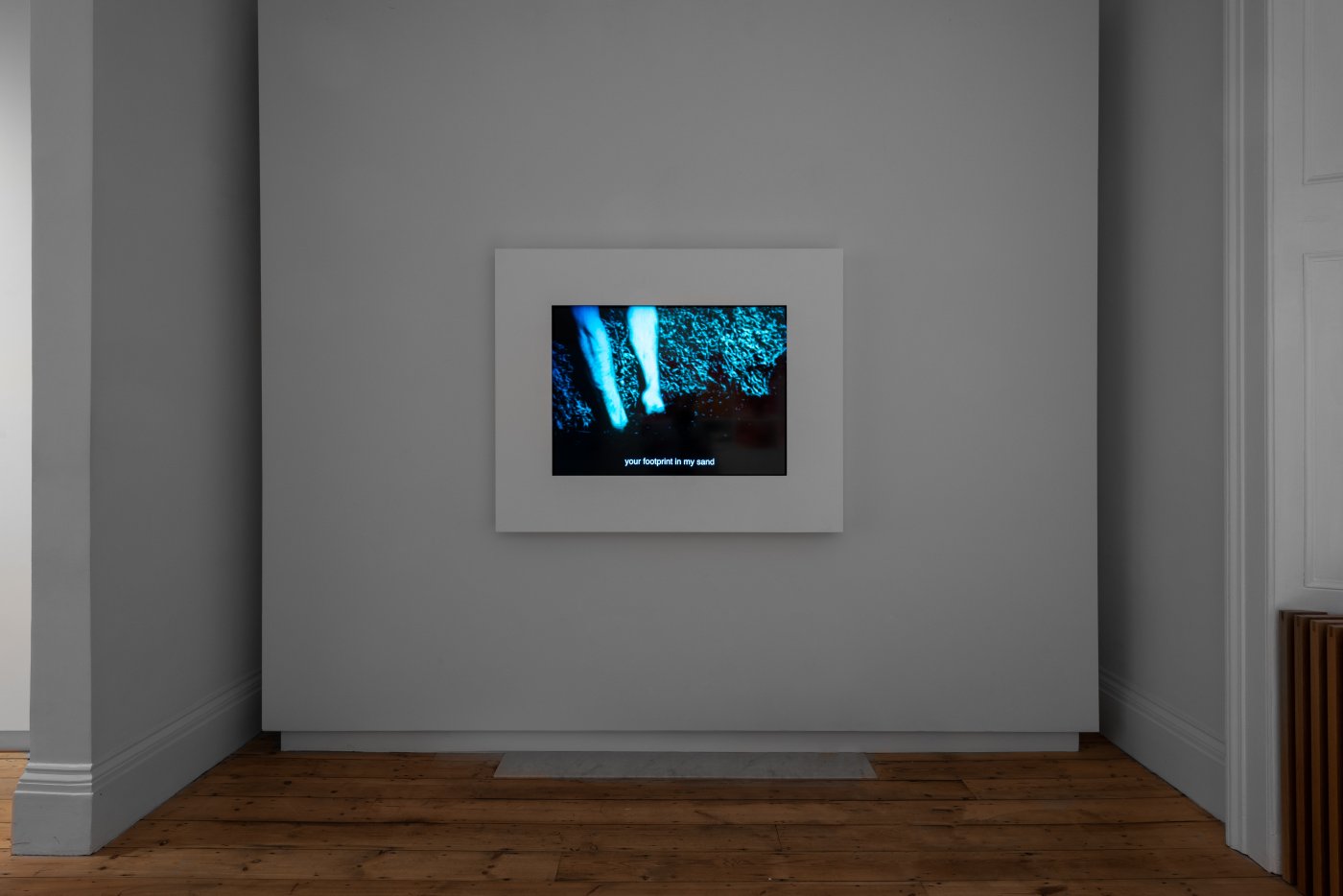 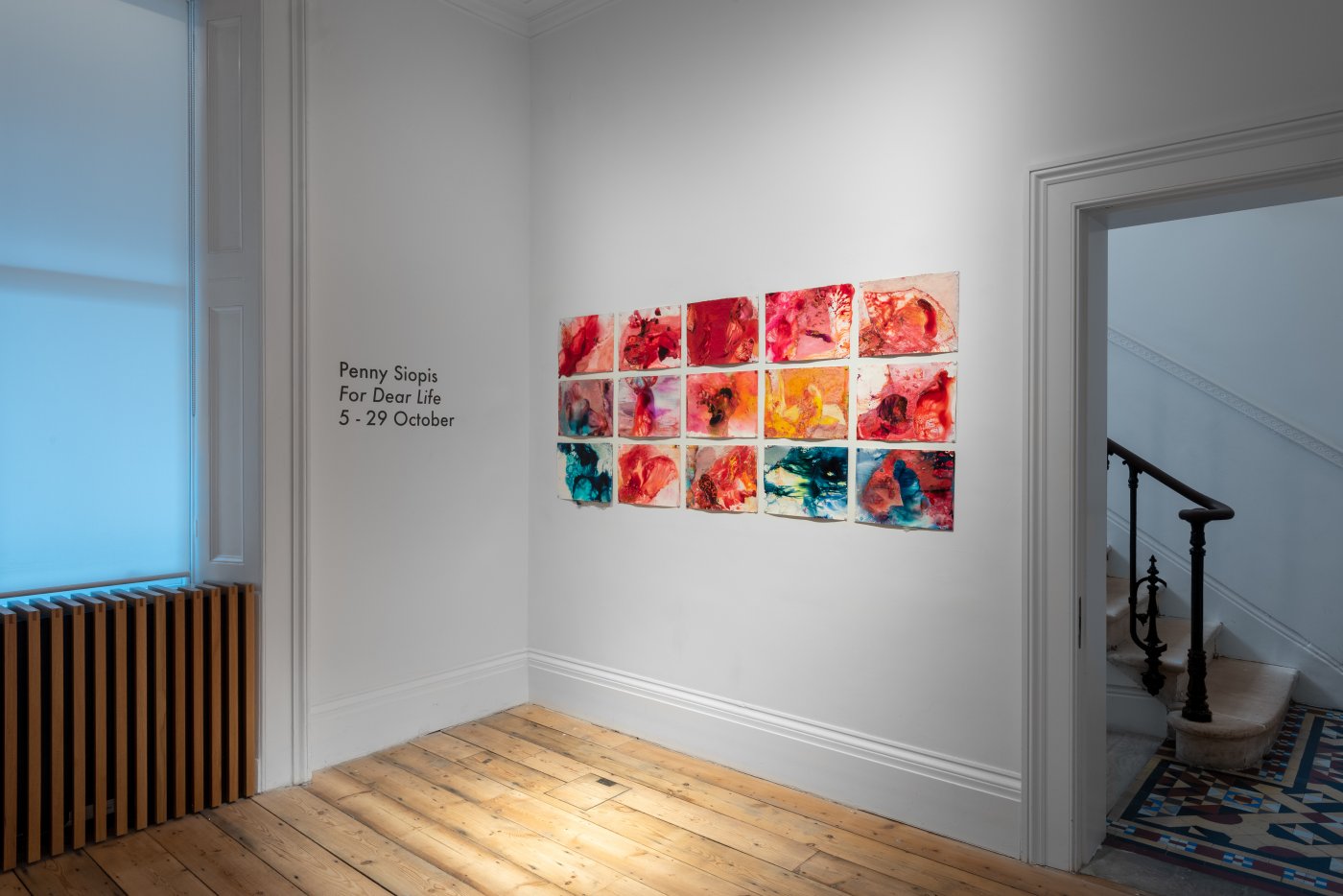 For Dear Life features the latest works from the ongoing painting installation series, Viscous Worlds (2017-present), Atlas (2022-present) and a selection of solo canvases exemplifying Siopis’ long-term engagement with the notion, ‘the politics of vulnerability’: a philosophically materialist and choreographic confluence of gesture, thought and response to cultural and environmental phenomena taking place globally, and specifically, in South Africa.

Siopis’ selected materials for her paintings include: glue, ink, and at later stages oil paint. Beginning at ground level and working from the edges of the canvas, Siopis pours and guides glue on the surface, adding ink and letting the substances flow, coalesce or at its own momentum draw off from the canvas. These abstract flows dry translucent and cohere a visual language that corresponds to readings of current events.

This sensibility transfers itself to Siopsis’ films sourced from disparate sections of 16 or 8mm celluloid film, when edited together, form a visual dissonance between what is seen, what is possible, and what is read of events and their meaning on and potentially off screen and in life. For Dear Life includes the moving image work, She Breathes Water (2019).

Siopis was born in 1953 in Vryburg, South Africa, and lives in Cape Town. She has an MFA and an Honorary Doctorate from Rhodes University, and is currently an Honorary Professor at Michaelis School of Fine Art, University of Cape Town. Her work since the early 1980s has encompassed painting, film/video, photography and installation. All her explorations, whether with body politics, memory, migration, or the relations between the human and non-human, are characterised by her interest in what she calls the ‘poetics of vulnerability’ – embodied in the dynamic play between materiality and reference, chance and contingency, form and formlessness, personal and collective history.