I began to notice that the experience of walking on the street or being in the theater or around any group of people – that mass. No matter how colorful it was…never looked tonal and nothing was particularly outstanding. Someone might be wearing a very bright tie or green shoes but somehow it was absorbed…
– Robert Rauschenberg

Simon Lee Gallery, New York presents Pedestrian Profanities, a group exhibition of interdisciplinary artists, designers and polymaths curated by Eric N. Mack, which explores the relationship between fine art, design and fashion, and the ways in which they are activated by a participating body. 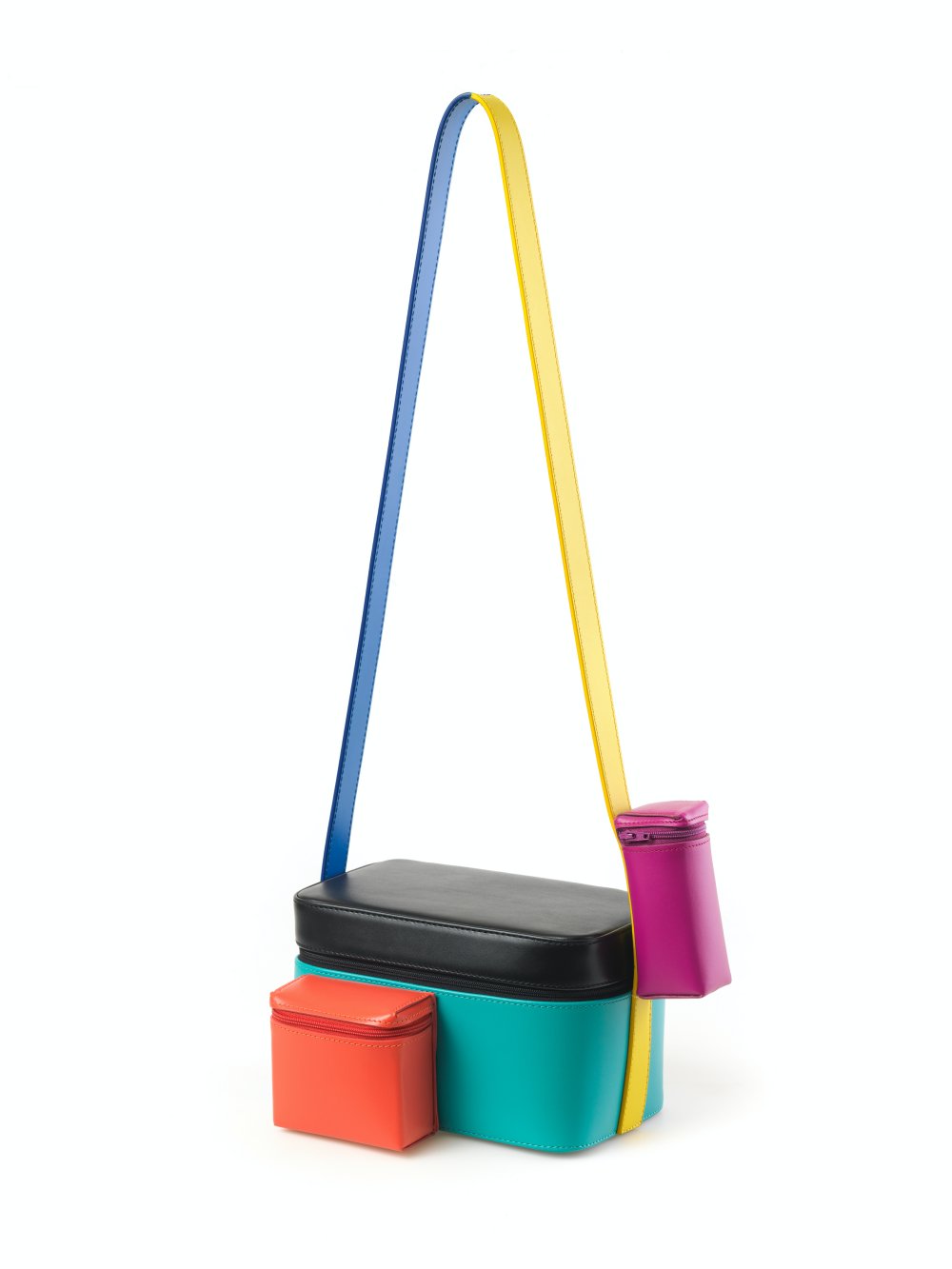 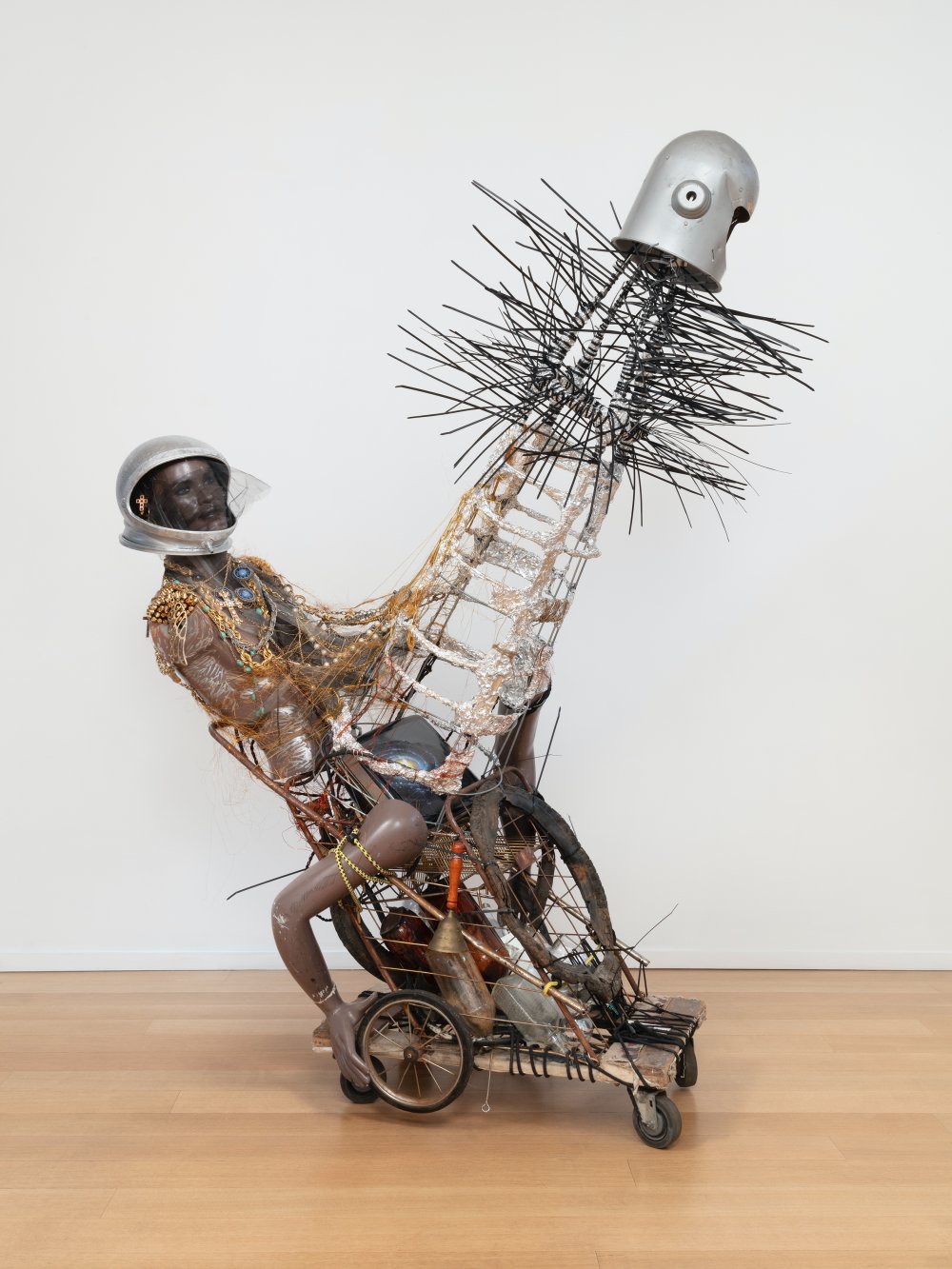 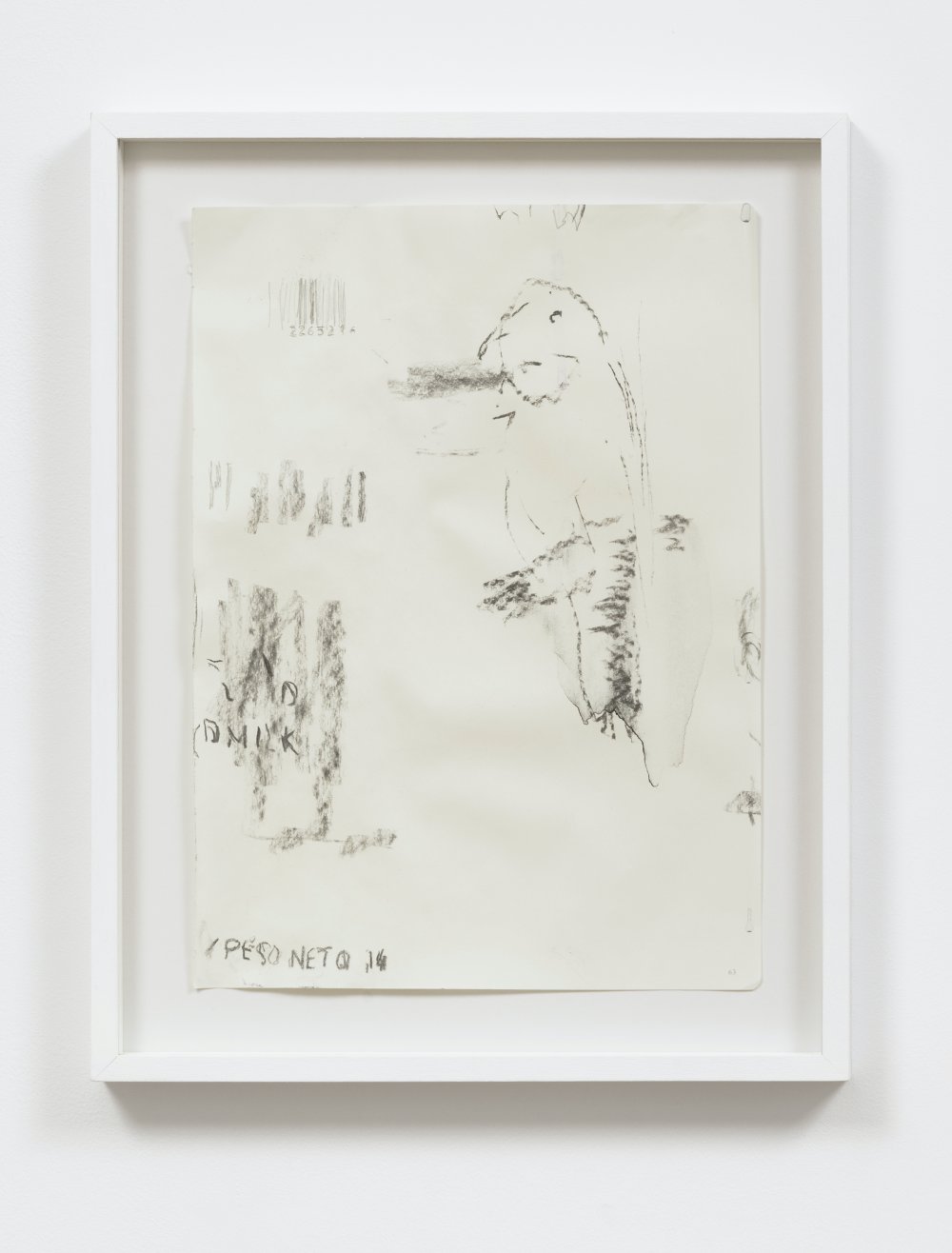 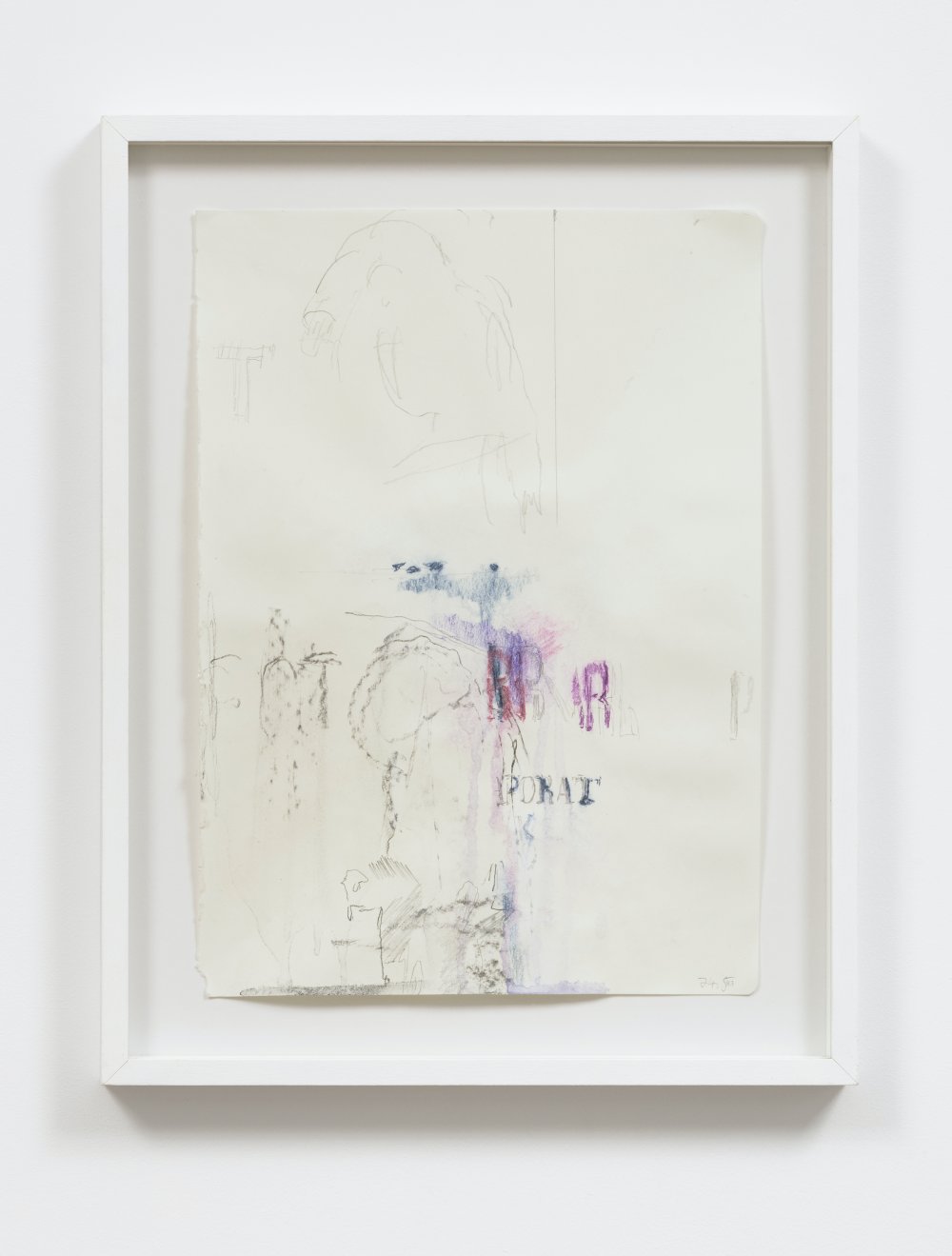 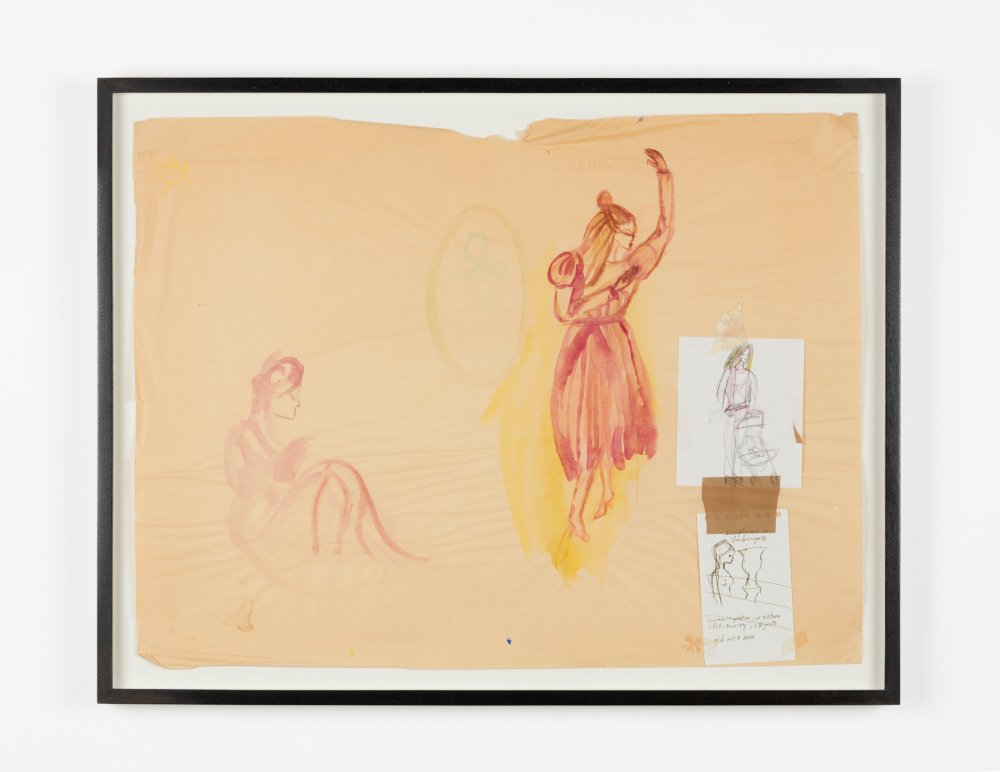 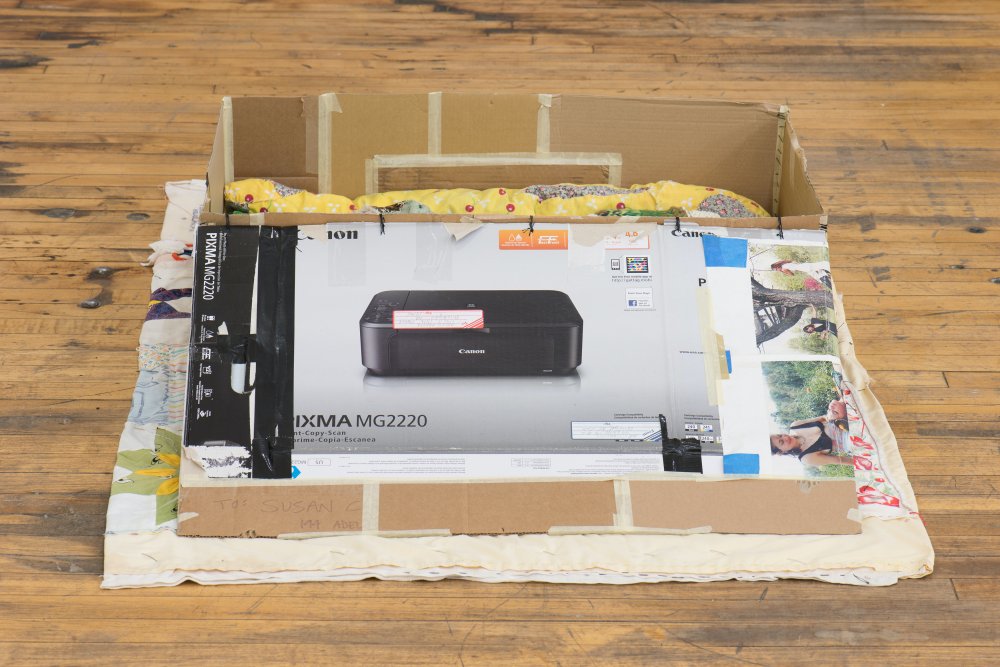 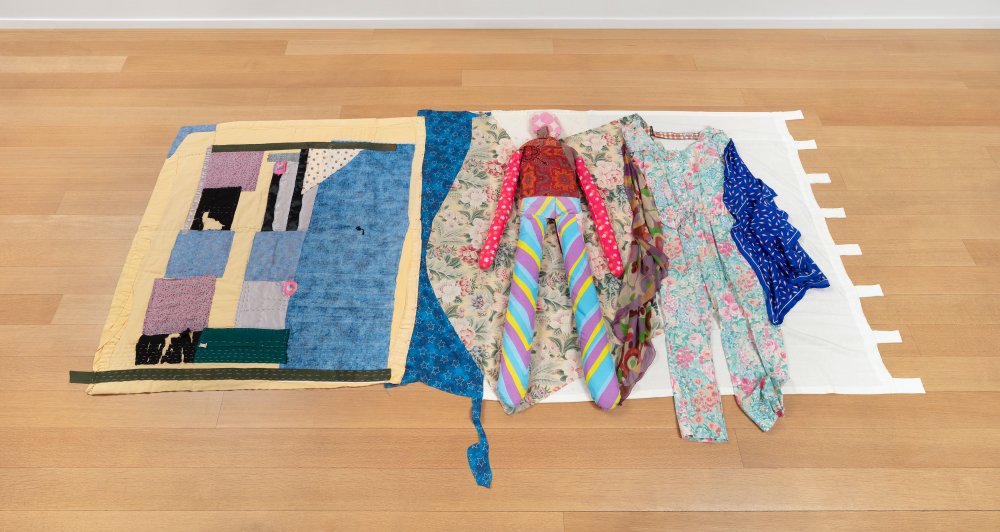 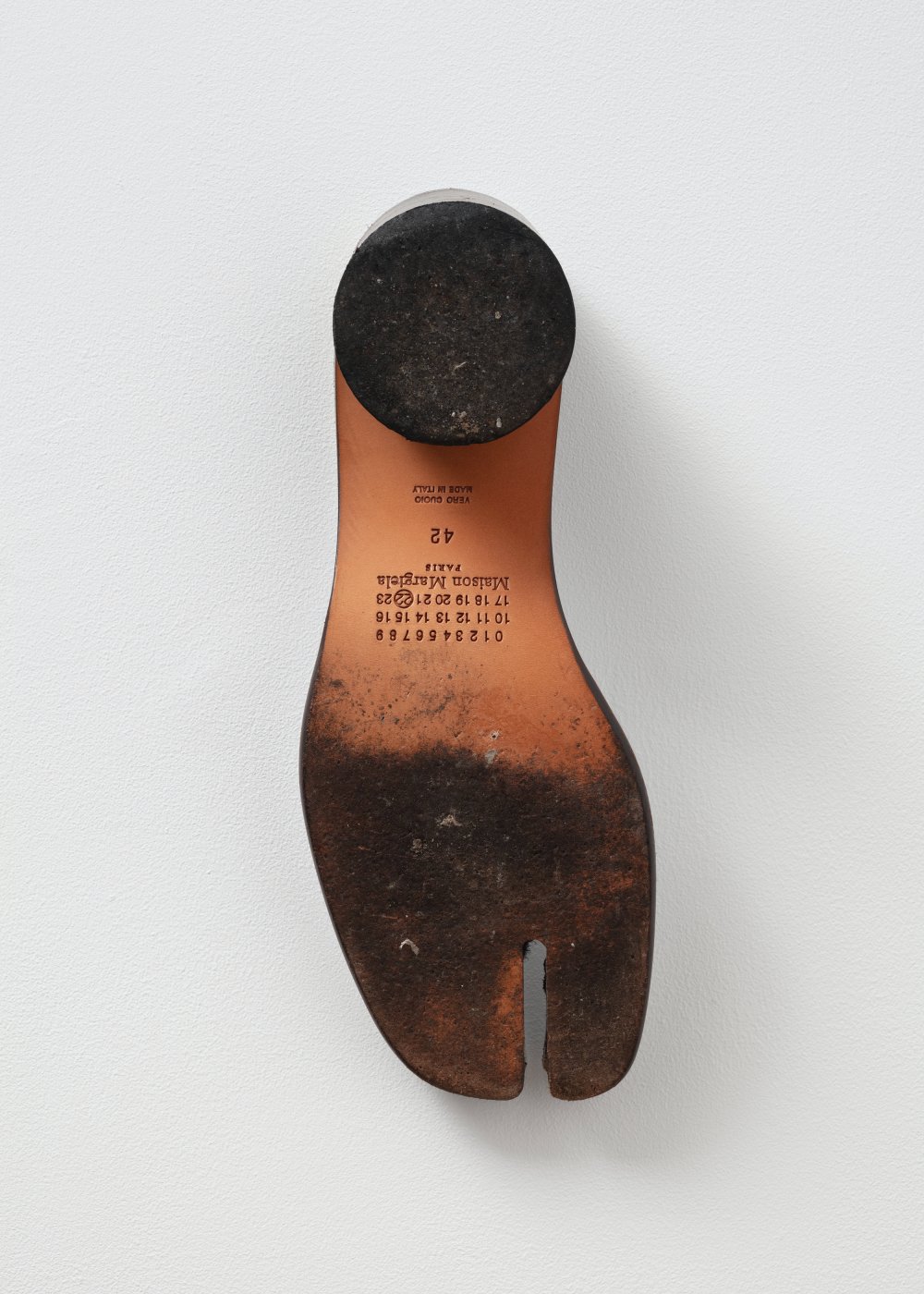 Torey Thornton
A Height's Presence In Isolating, Who's Do You Put Yourself In And Why (Olive New York Crazy City)(left), 2020 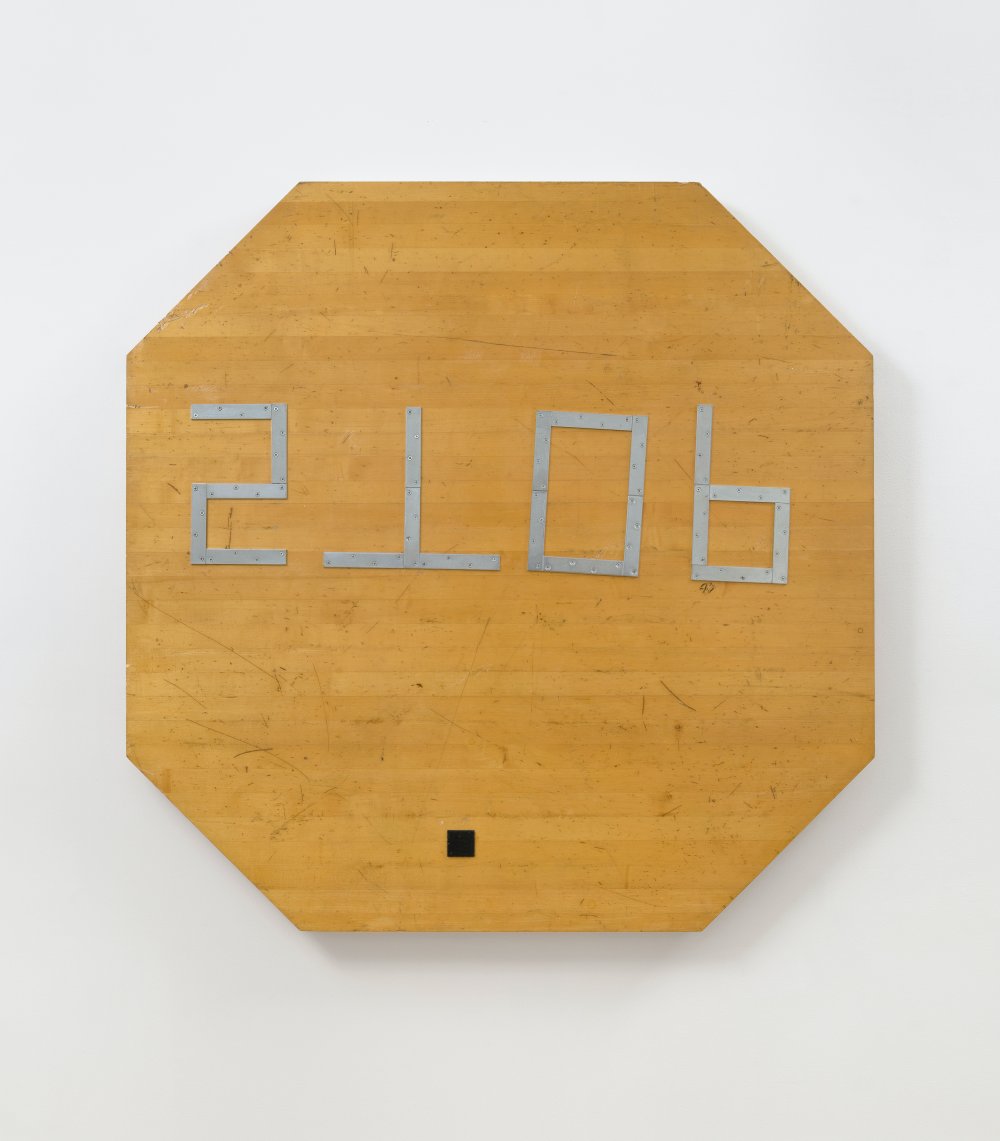 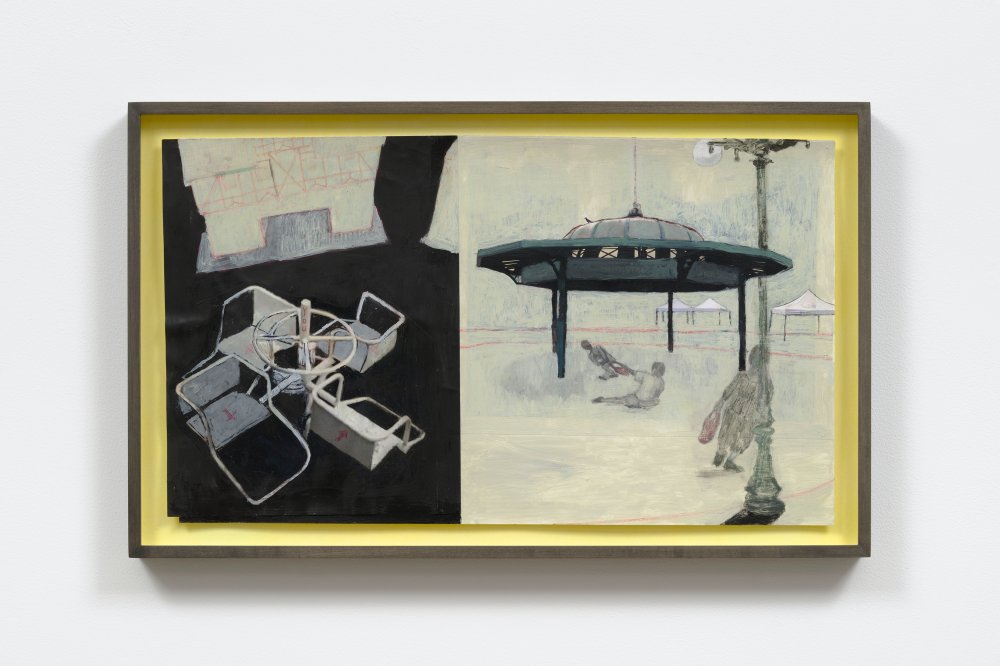 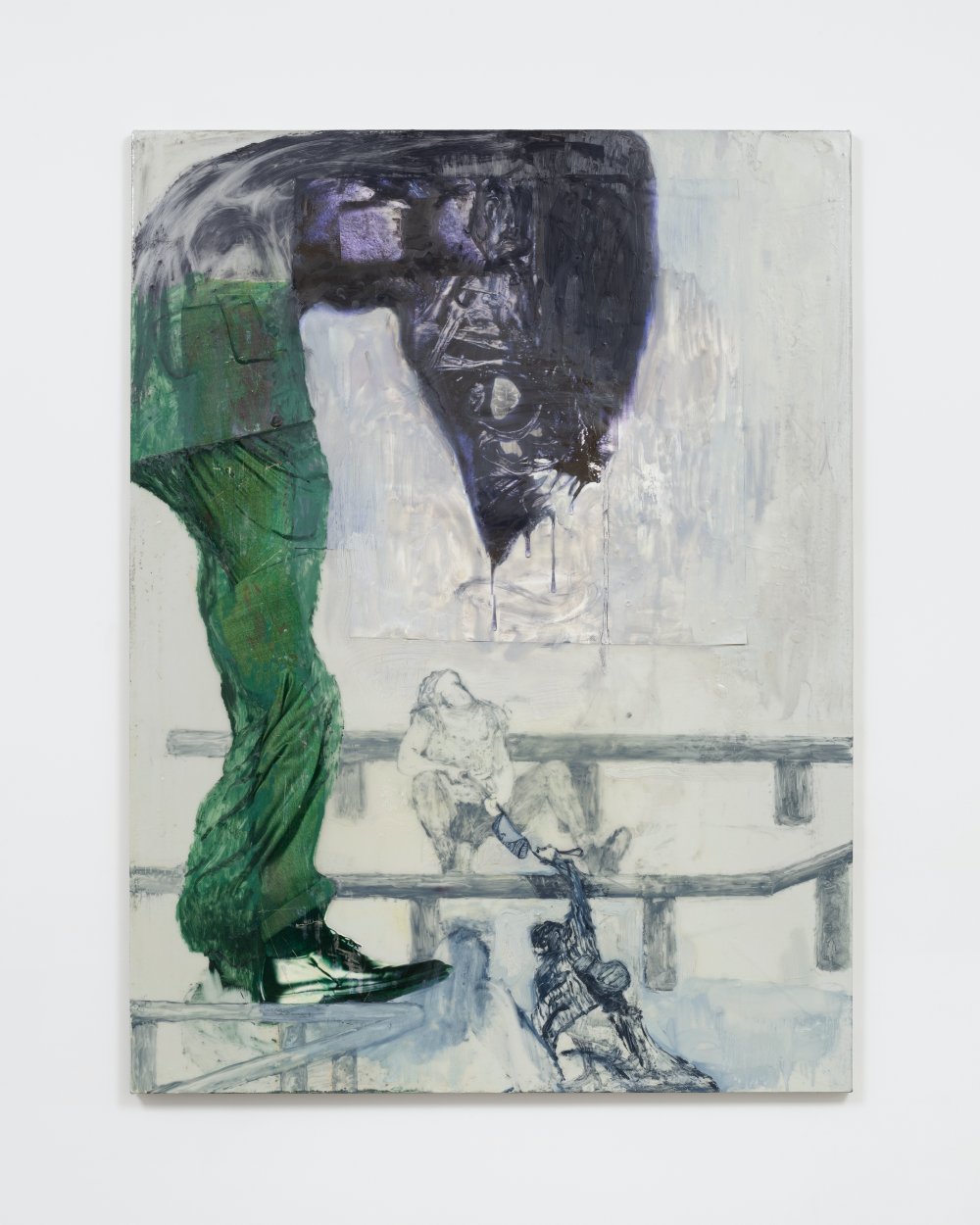 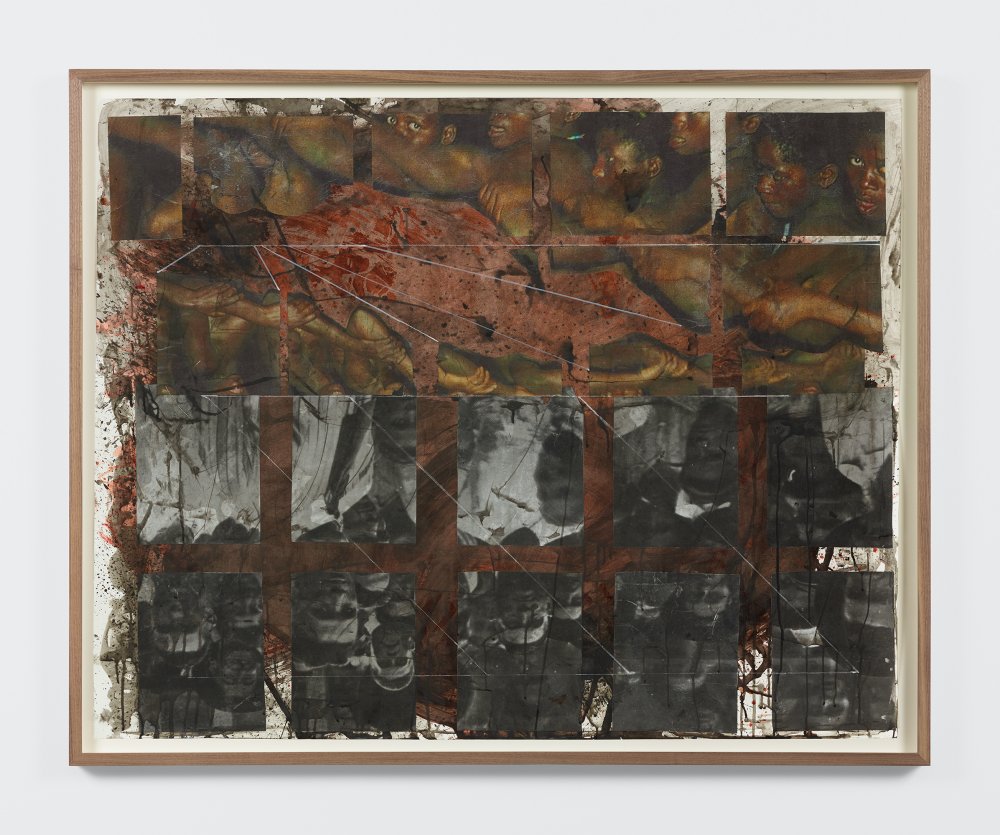 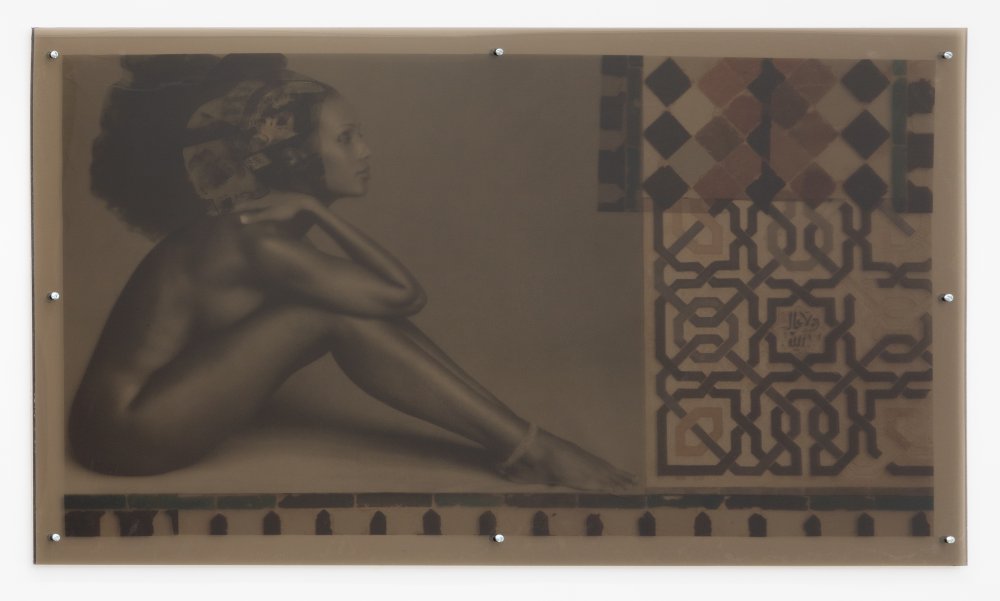 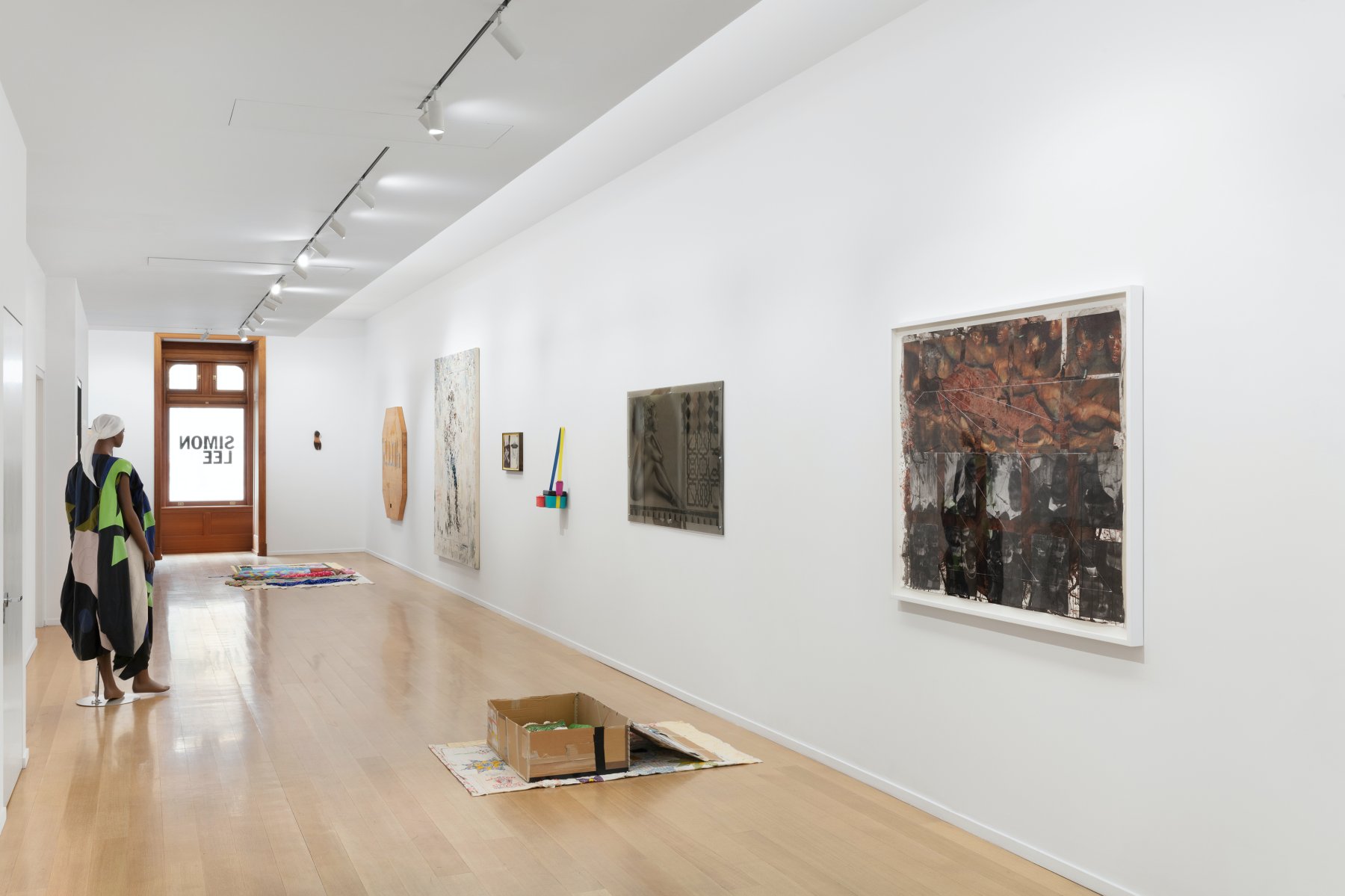 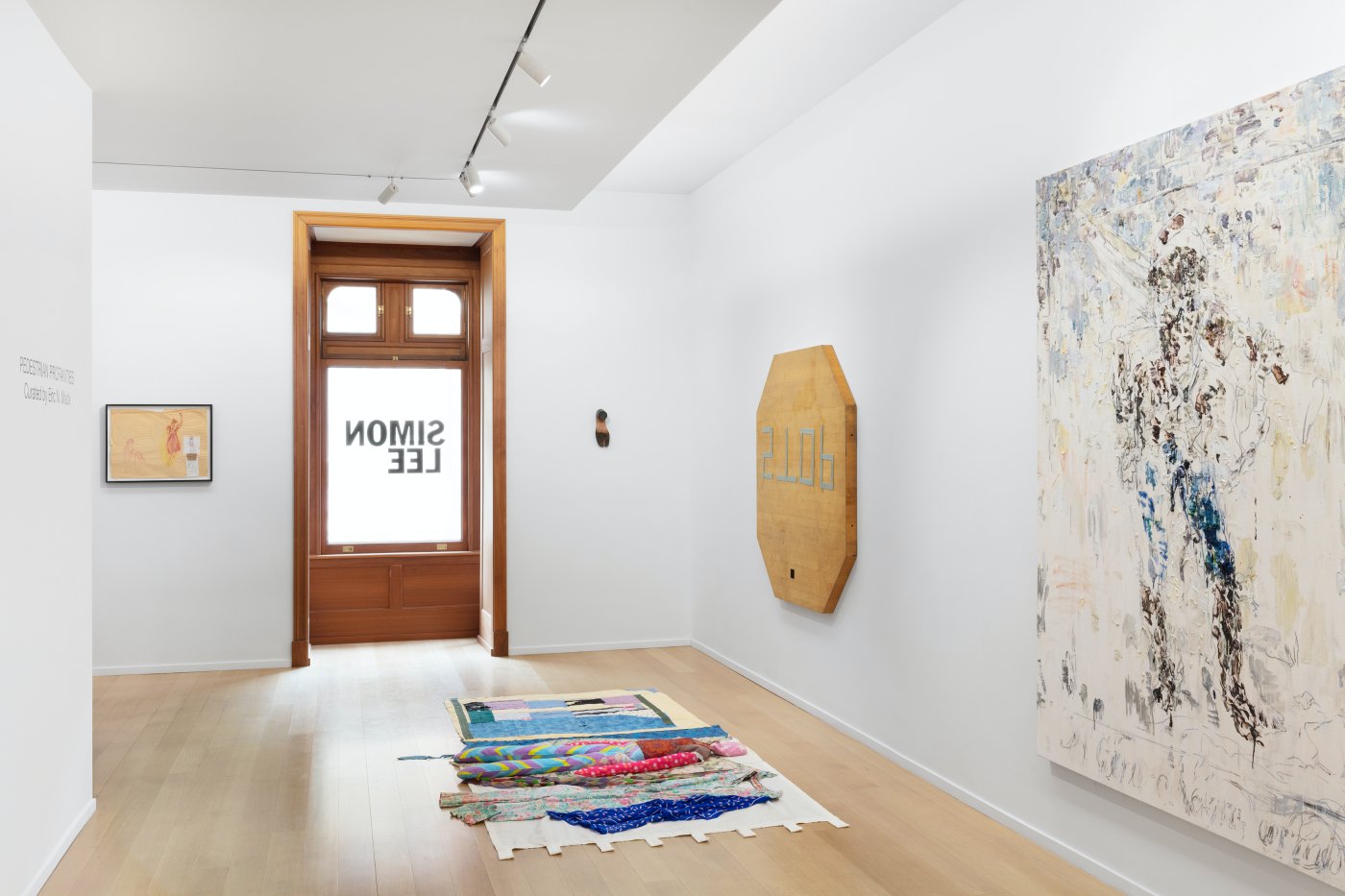 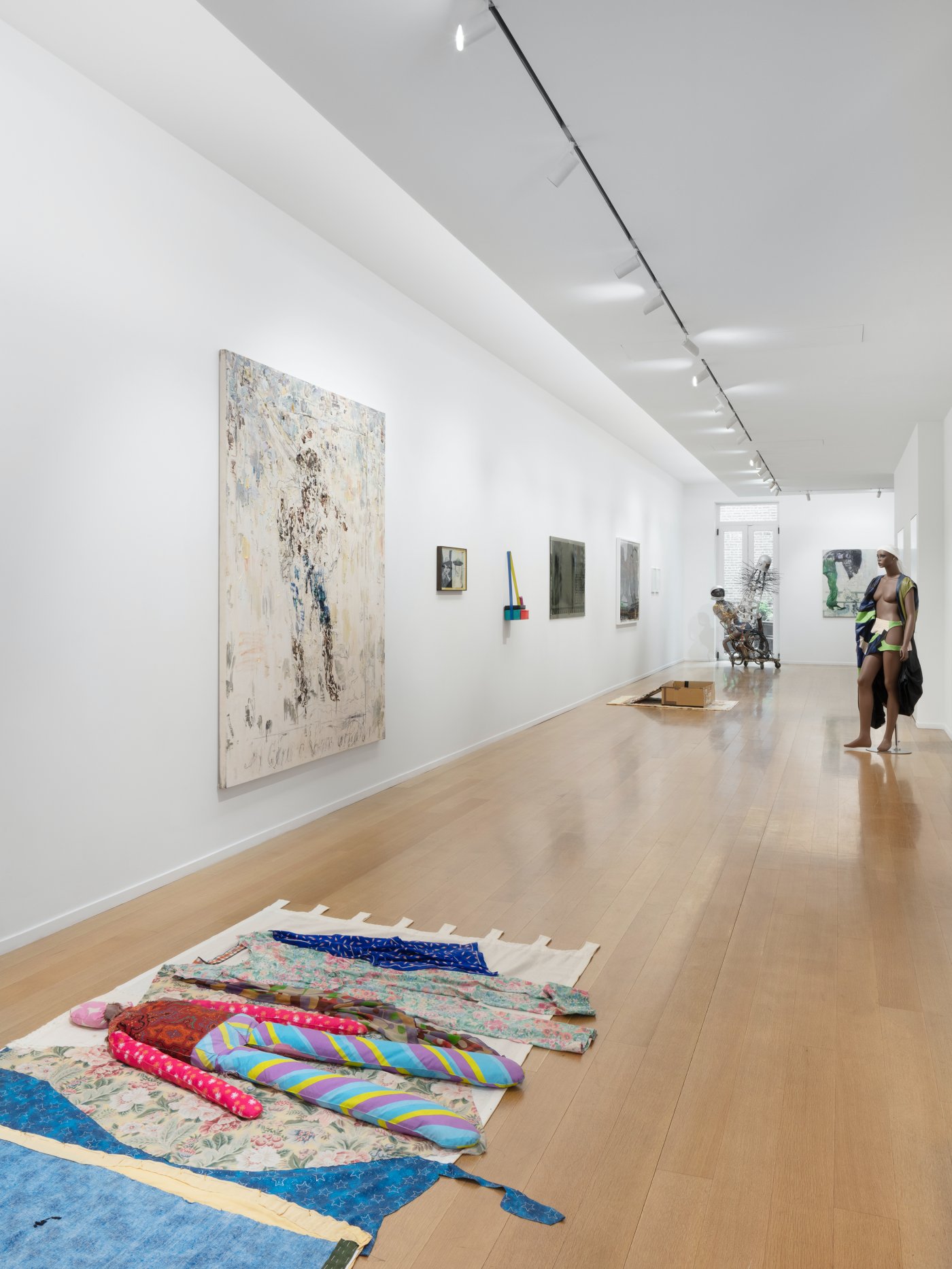 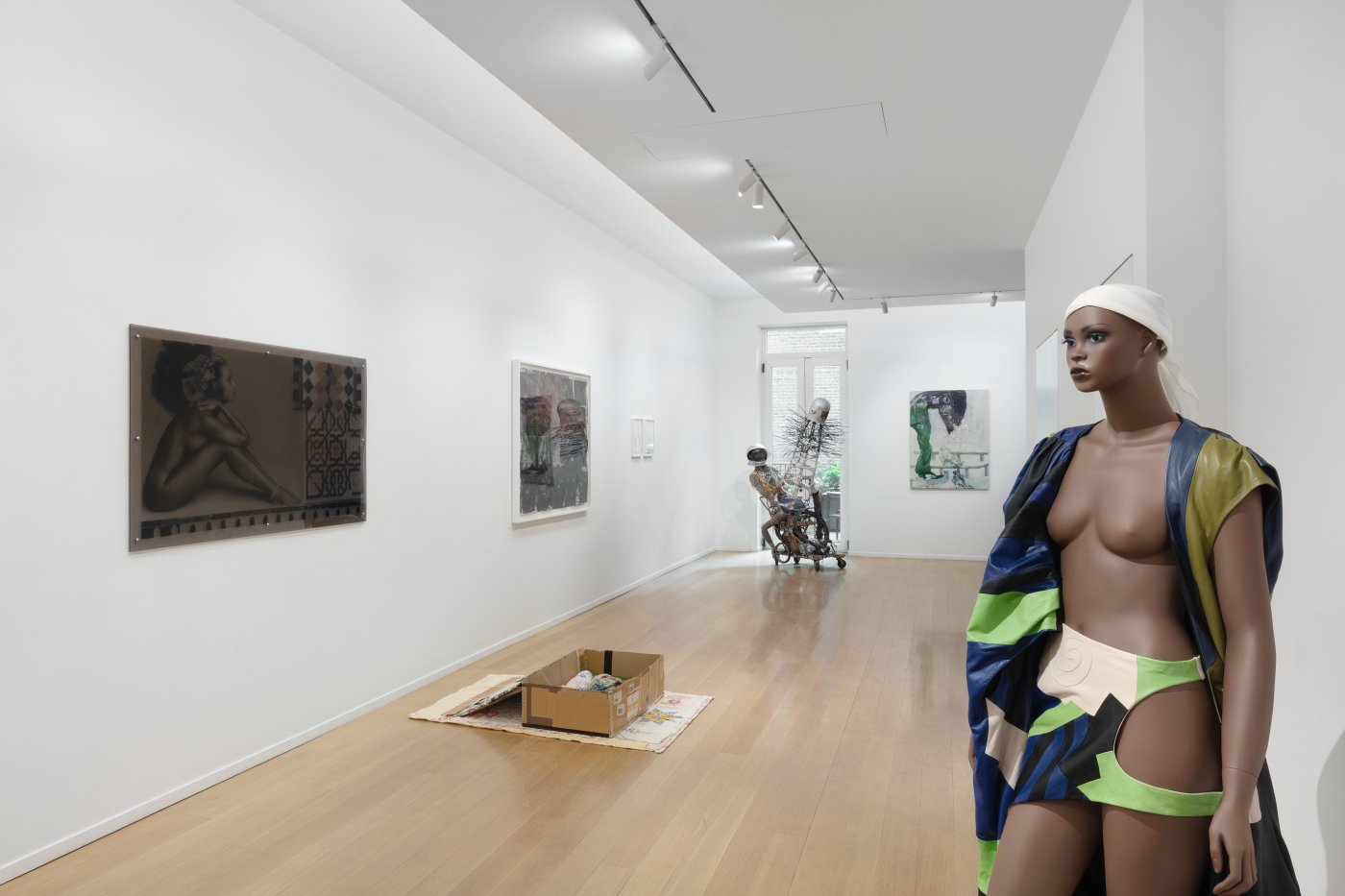 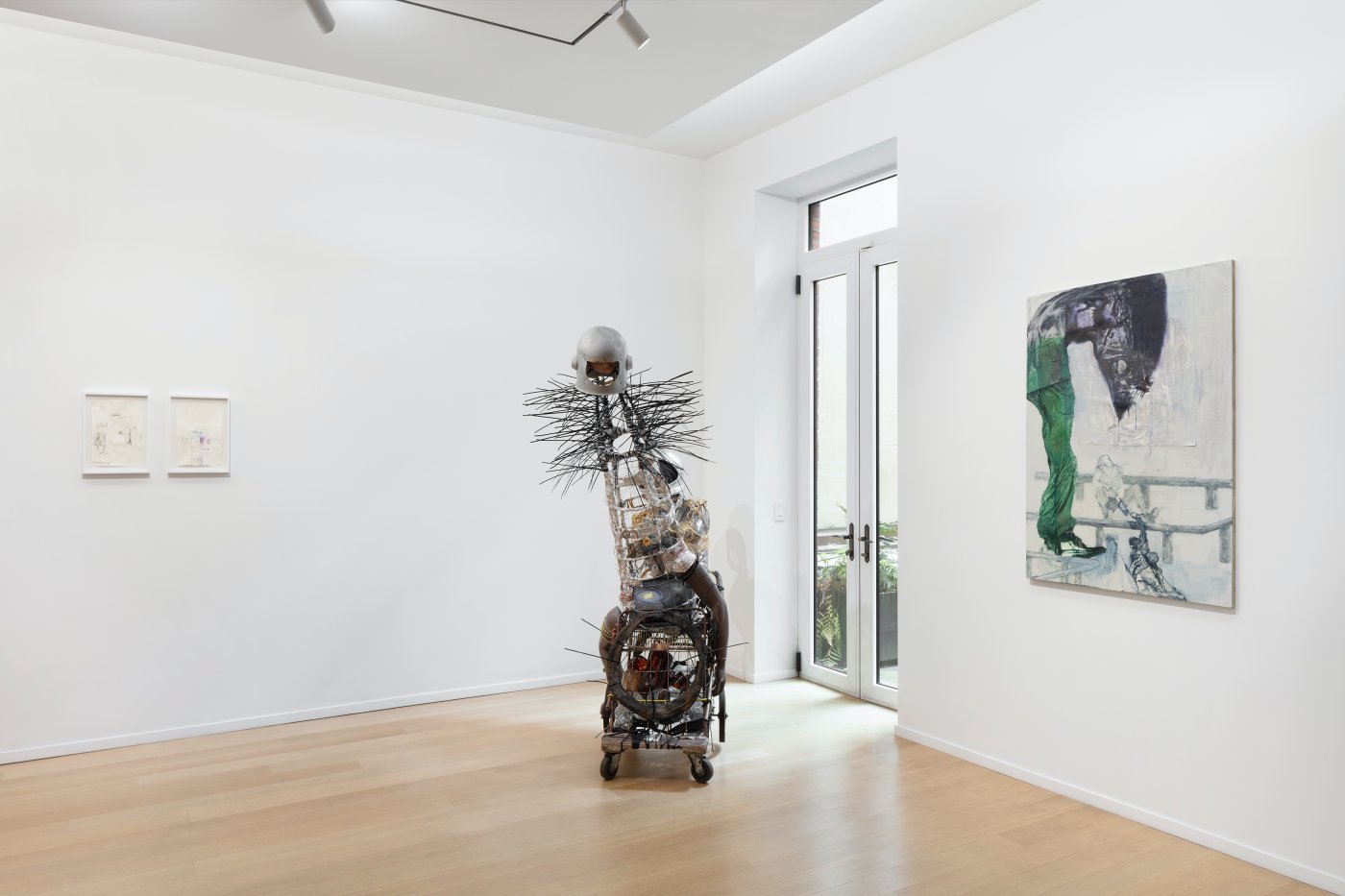 This show is about the event of walking down the avenue.

The role of a mannequin in a storefront is to elicit a direct relationship between the consumer, their body and the garment; to engender a sense of its structure. In a similar way, the role of the viewer in the act of observing, or consuming, an artwork bestows value and radiant spirit: the art object, at its most sacred, should reflect altered systems of value, especially in observation of our world’s brutalities. In contemplating either artwork or clothing, the viewer enacts a sense of embodiment outside of their-self – an act of transference.

This exhibition imagines a case for the painted object to flee its support structures and need the body. To cling to the body, worn as smuggled modernity.
– Eric N. Mack

In Mack’s own immersive practice, the artist reconciles non-traditional attitudes to painting with architectural nuance, directly negotiating the disjoin between art and fashion, and investigating the ways in which each discipline intersects with and informs the other. Drawing on his own aesthetic conceptions, in Pedestrian Profanities Mack brings together a group of artists and designers that likewise grapple with notions of use and commodity value in their practices, interrogating consumption in the process, as well as questioning the ways in which aesthetics live with the body.

In common with Mack, each artist in this exhibition bridges the divide between performance, art, architecture and fashion, bypassing traditional function in favor of psychological connection, emotional communication and formal innovation. In the work of Cinzia Ruggeri, a surrealist sensibility transforms the viewer’s experience of embodied space; her interactive practice, and in particular her fashion design of the 1980s, invites us to reconsider our position in the world. Similarly, Susan Cianciolo’s collage and textile-based practice reflects on her experiences operating as a designer outside of the mainstream fashion industry, which she turned on its head with a holistic approach to a range of creative projects. Made with found materials, Torey Thornton’s mixed media abstractions gather a myriad of materials with personal associations for the artist. Volume and texture are central facets of their process, which, like Mack’s work, straddles the boundary between painting and sculpture.

Both Abigail DeVille and Samuel Hindolo engage with forgotten or unknown histories. DeVille’s site- specific works are constructed from a tapestry of found objects that intrinsically connect the art object to its site of exhibition. Exploring material culture, the artist is fundamentally concerned with reclaiming the abandoned, overlooked and making the invisible visible. By contrast, Hindolo’s work is figurative yet fictive, constructing scenes from the artist’s own image archive that are nonetheless equally absorbed in the illumination of peripheral or misunderstood figures. Kandis Williams’ collages confront issues of race, representation and the lived experience of the human body. Like in DeVille’s work, the dense layering of content in works such as co-response-ability with/for the unknown Other, 2019-20, is haptic and expressive, while bringing structure to complex themes.

Working predominately as a stylist and creative director, Akeem Smith, founder of clothing label SECTION 8, has been a key figure in defining fashion’s underground through his use of cross-cultural references and striking imagery, which seeks to smash gender and beauty ideals. His deeply personal approach investigates the slippages between memory, archive, and history, and, in turn, the weight of visibility and representation, and lately his creative language has found new forms of expression: ‘I’ve found there are a lot of limitations with styling and designing, but when creating what I would consider a sculpture, there is much more freedom.’

Like many of the artists in this exhibition, painter Andy Robert has a deeply personal and experimental approach to his medium. Working on the edge of representation, photographs of people and places he sees in Harlem every day, are taken apart and put back together again through the expressive and experimental possibilities of paint. His approach to painting negotiates how a contemporary image is made, understood and seen – its contextualization. His paintings and works on paper reflect private and public conversations, a sense of community and isolation, and above all absorb voice, narrative and witness of life in the metropolis.