‘Our culture is replete with religious and symbolic images of women that are either subservient or sacrificial and that do not hold and reflect the multiplicities of women’s creative powers’, Juliet Miller, The Creative Feminine and her Discontents (2008). 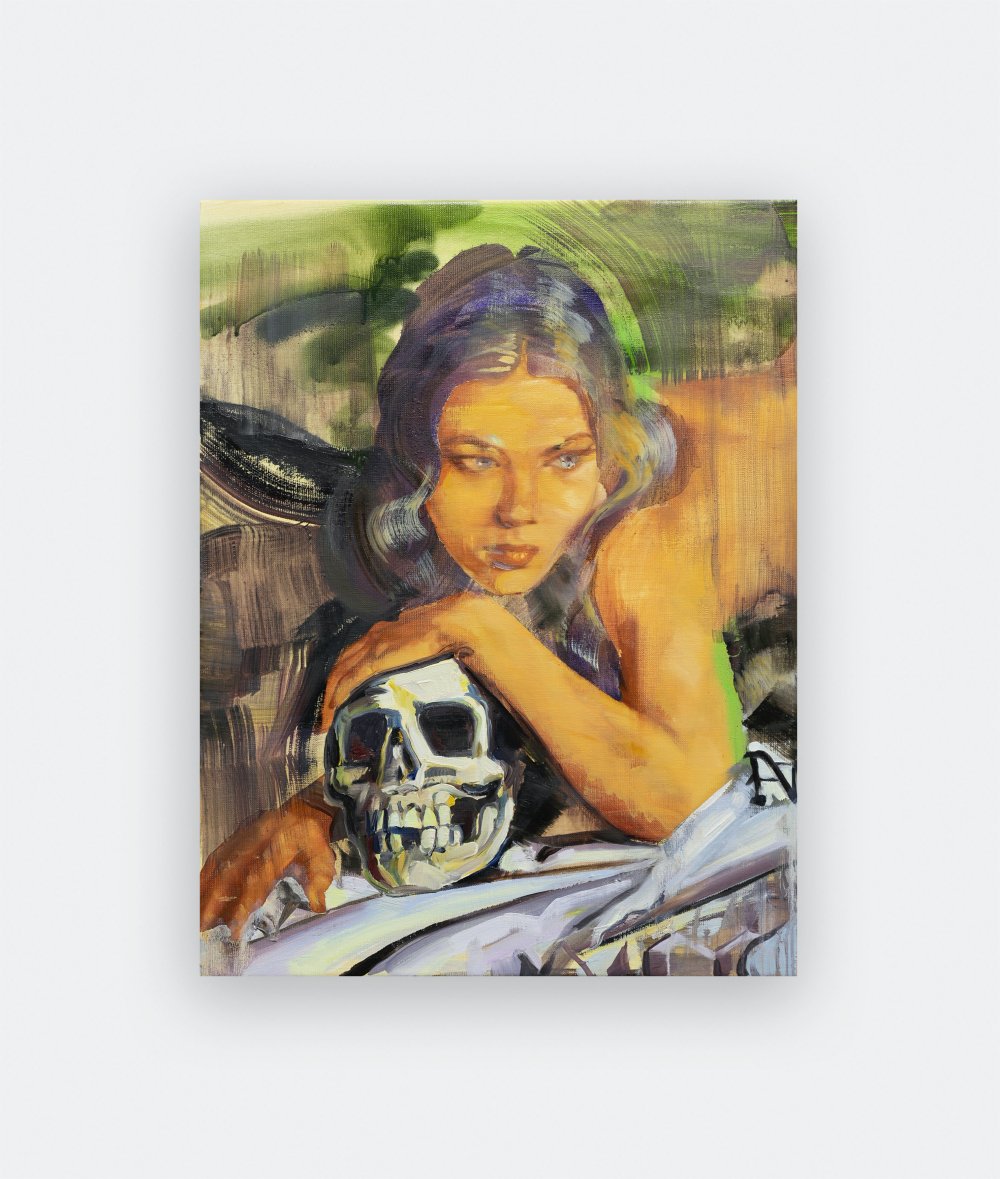 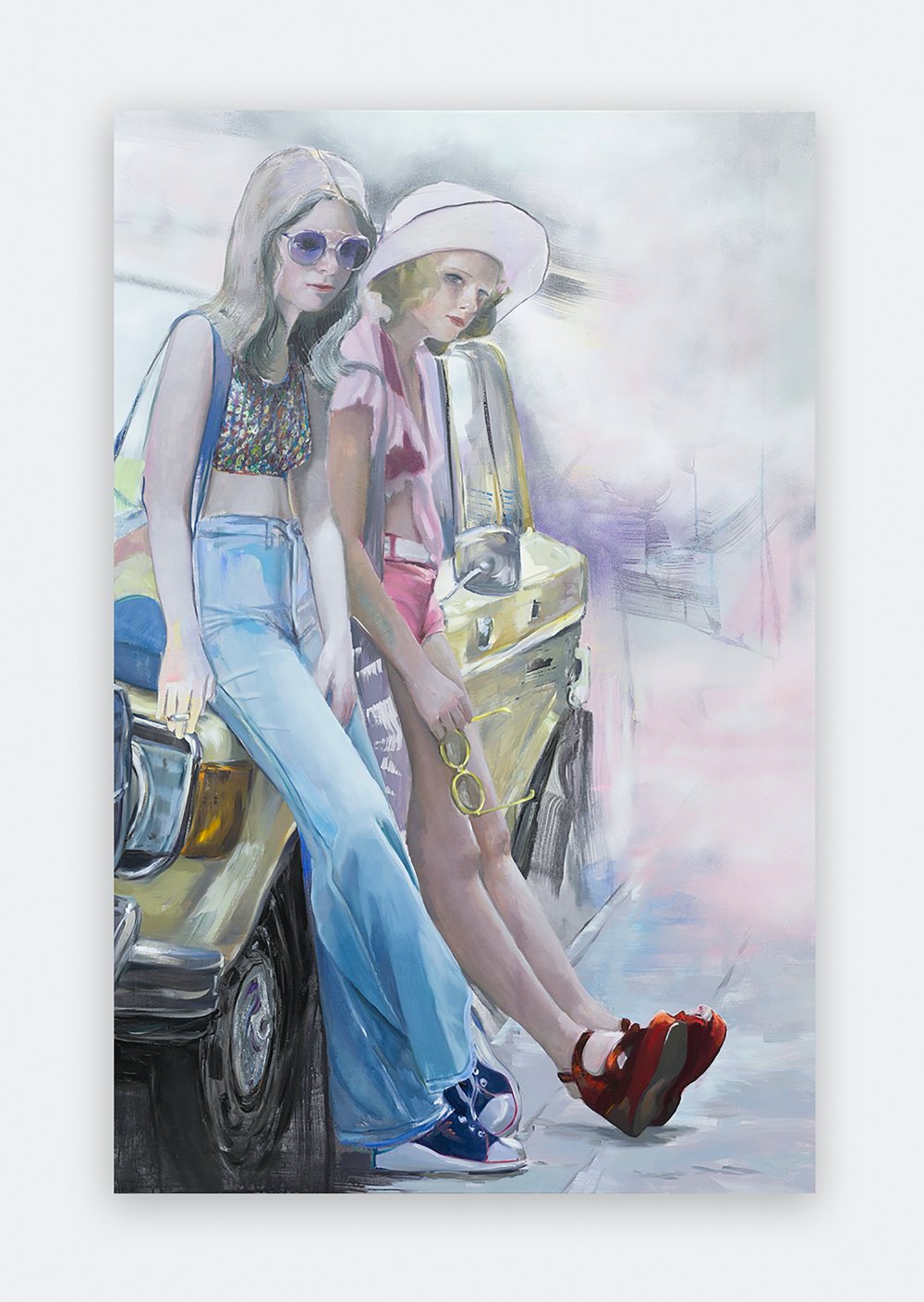 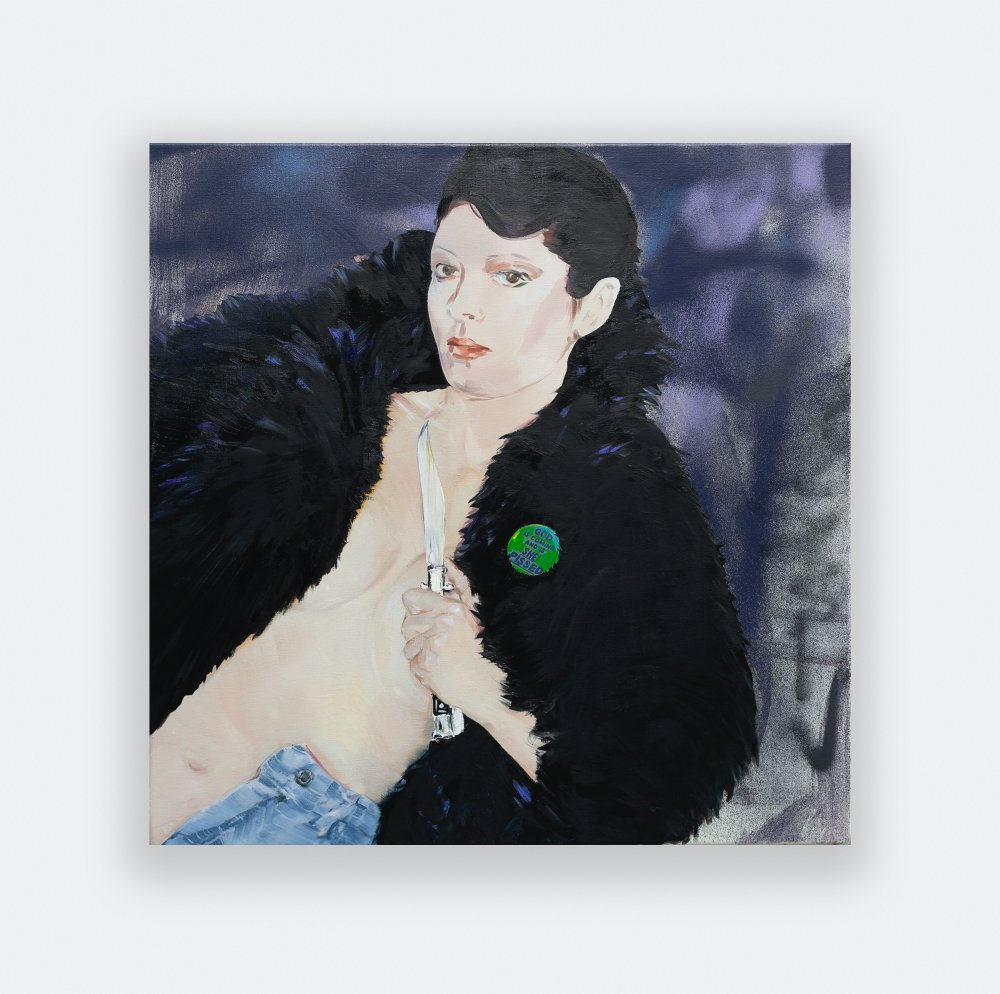 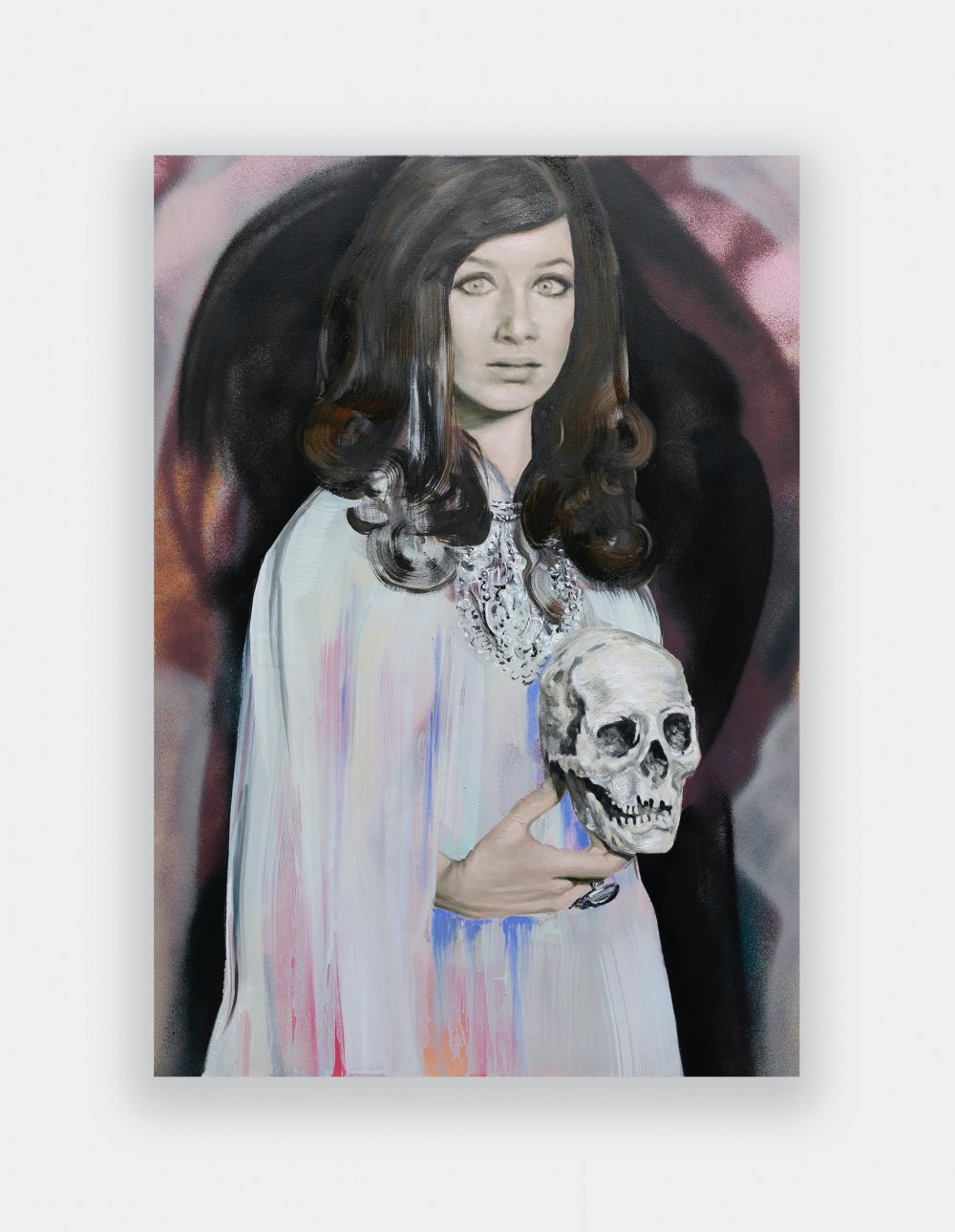 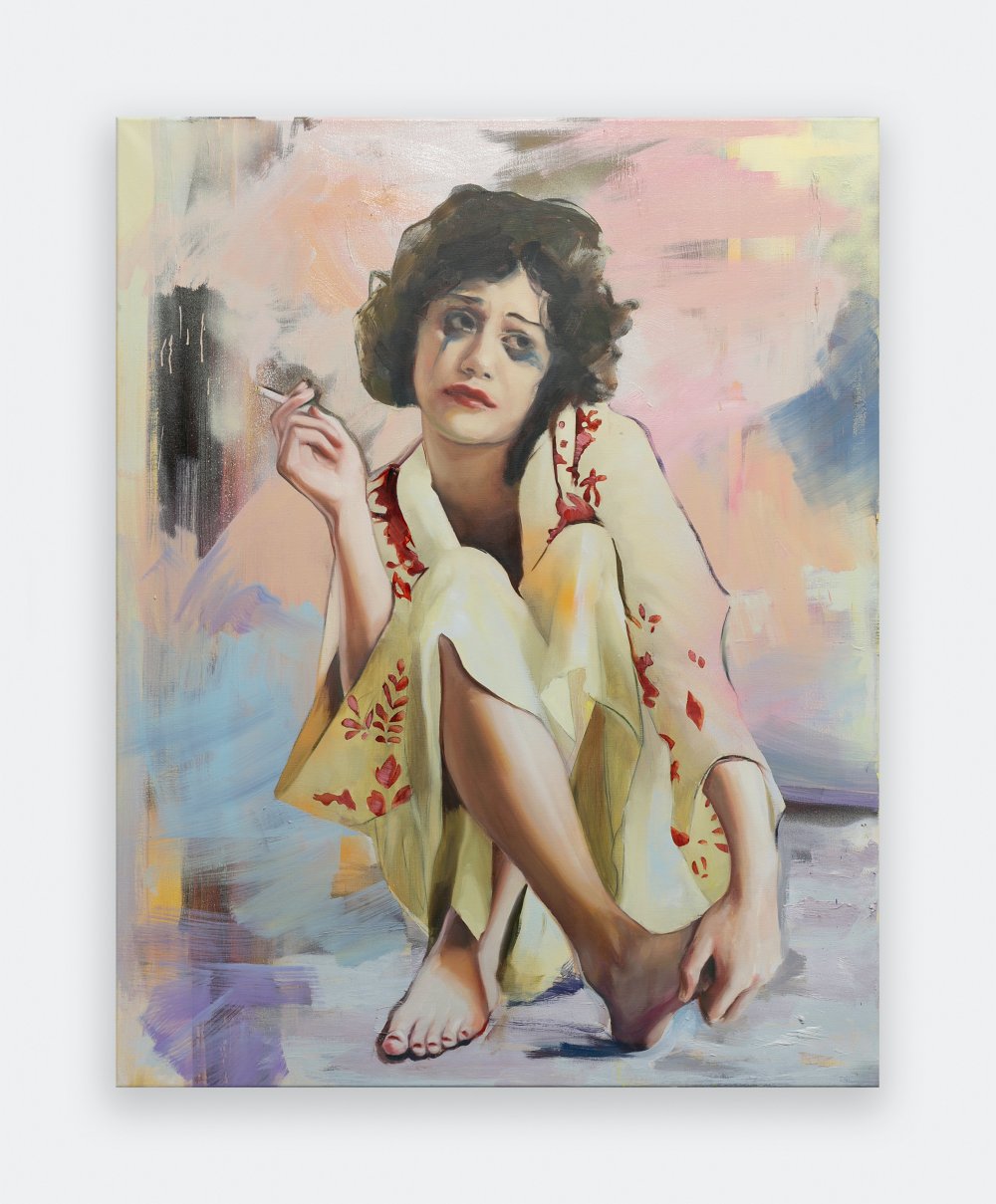 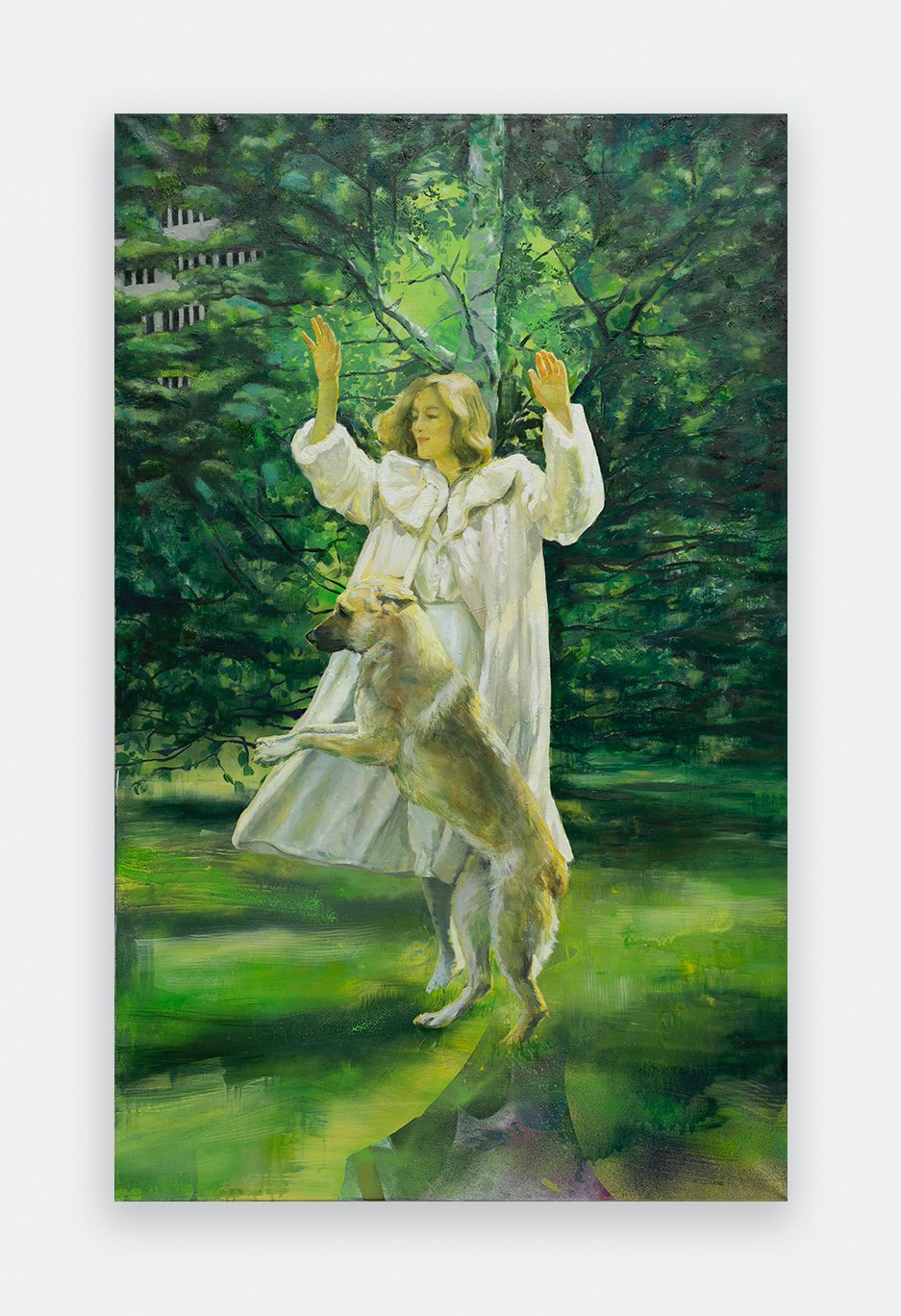 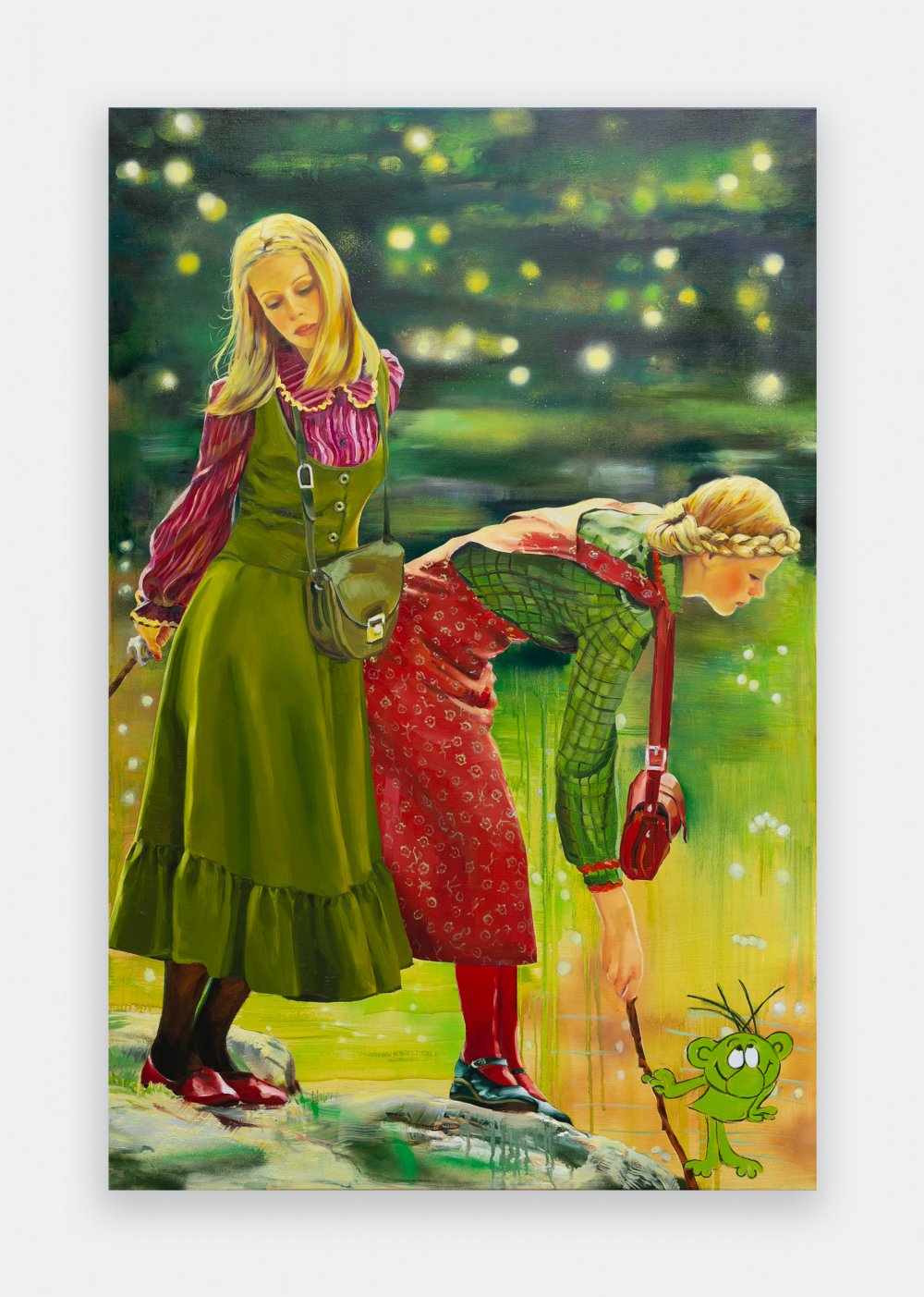 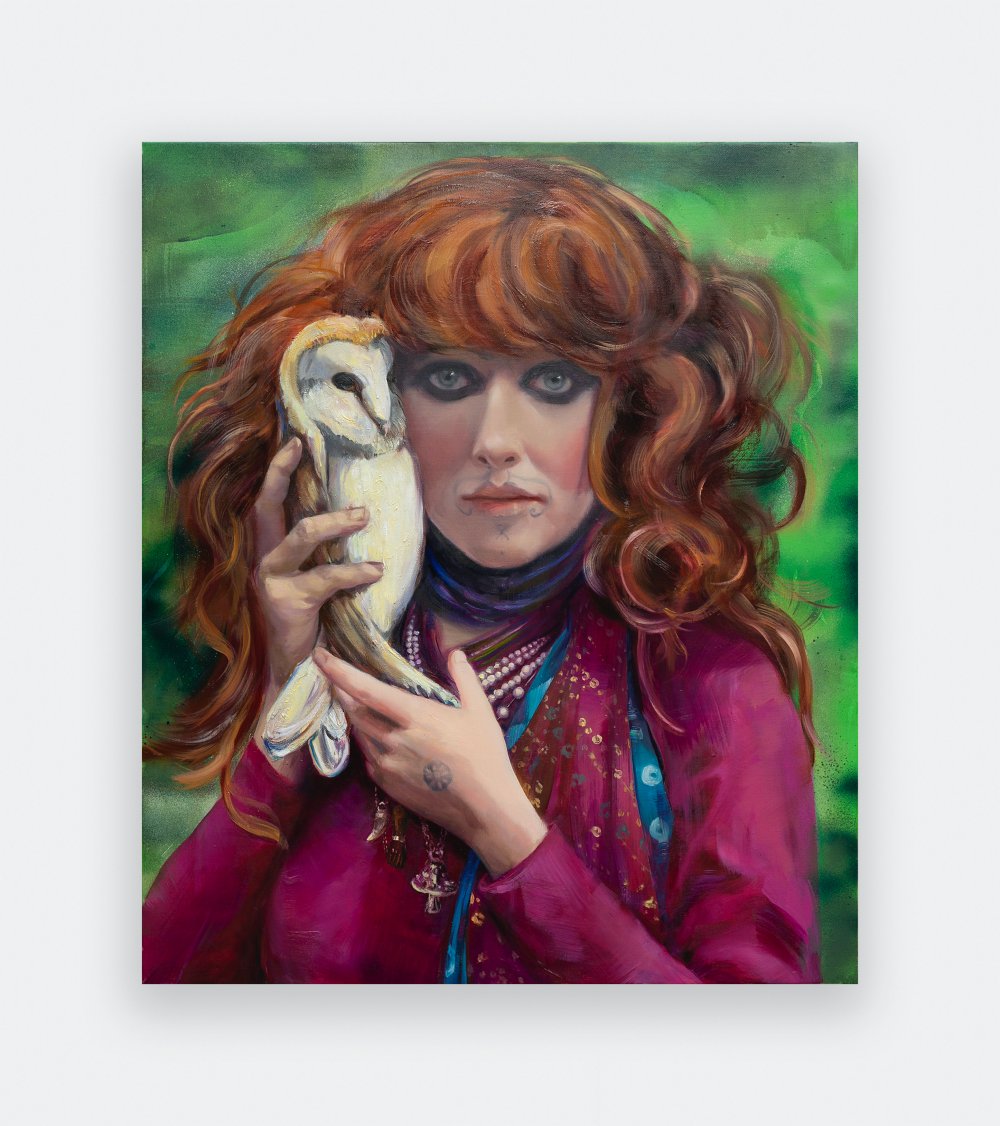 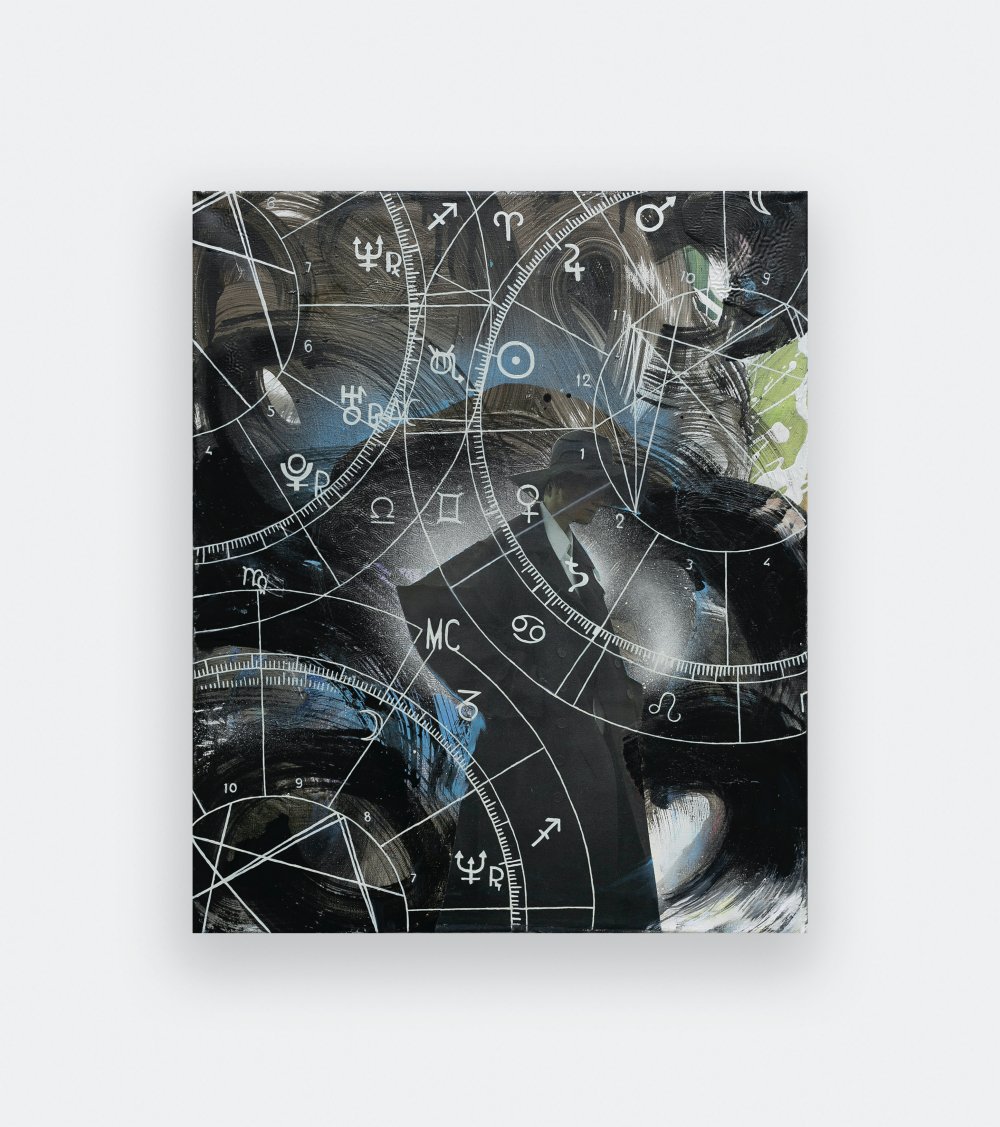 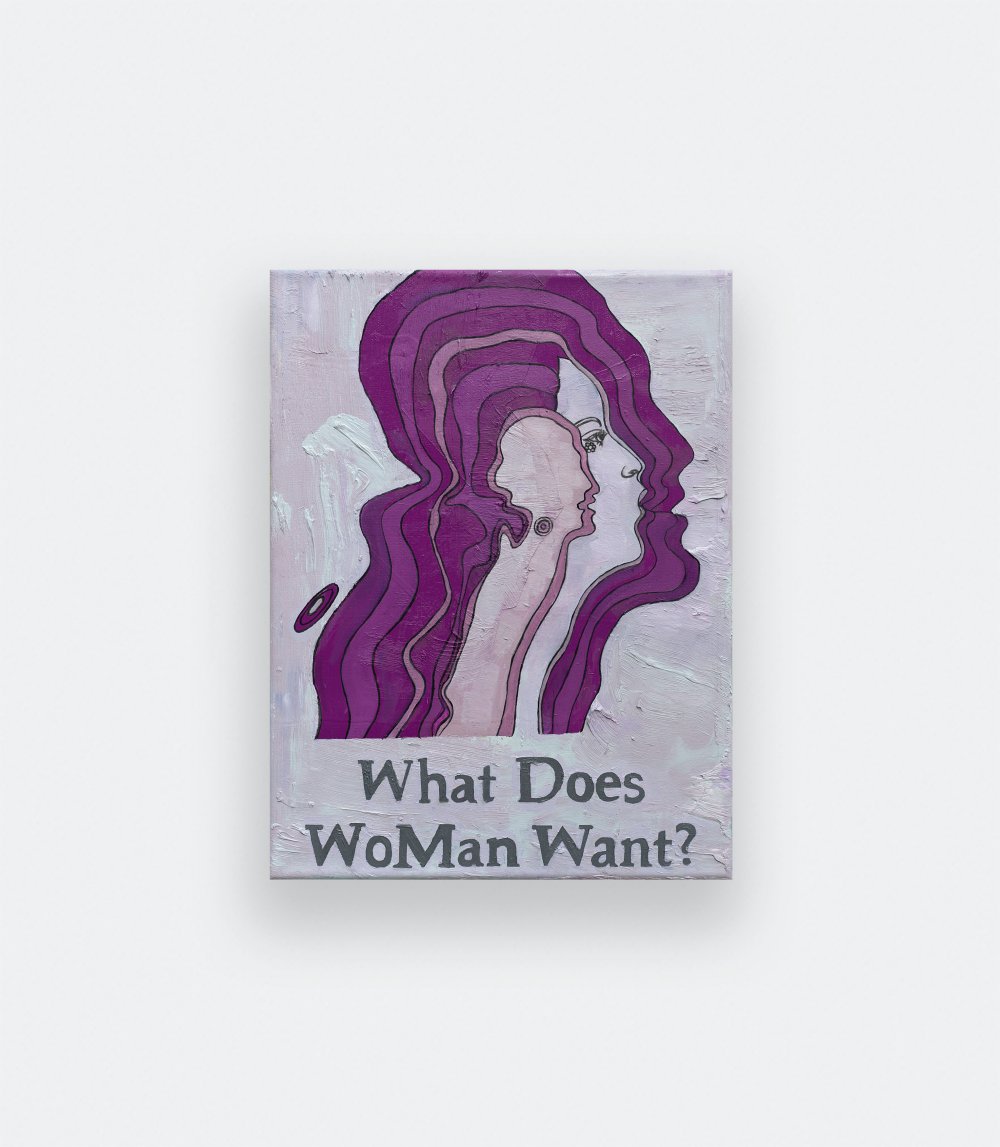 Paulina Olowska
What Does WoMan Want?, 2021 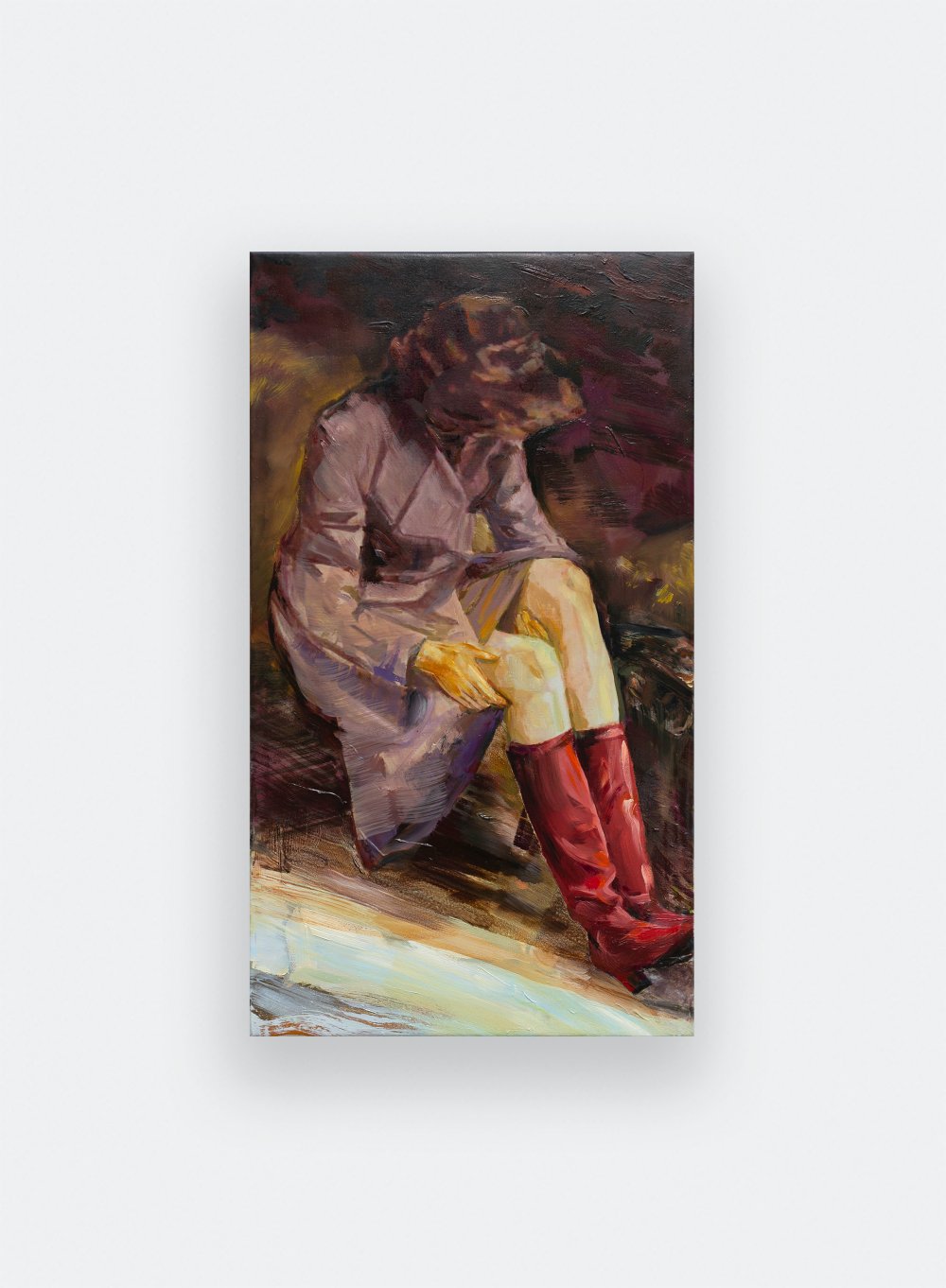 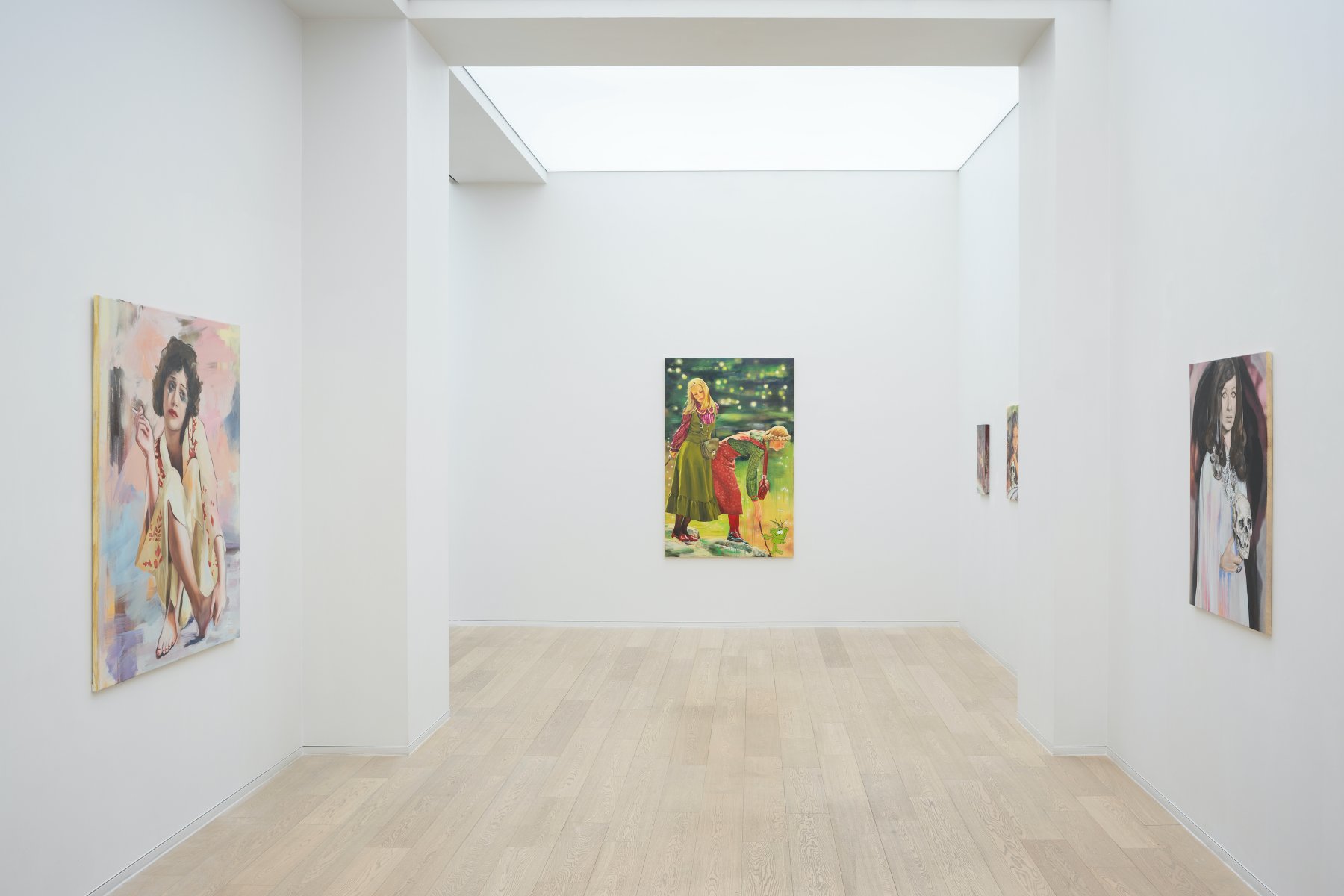 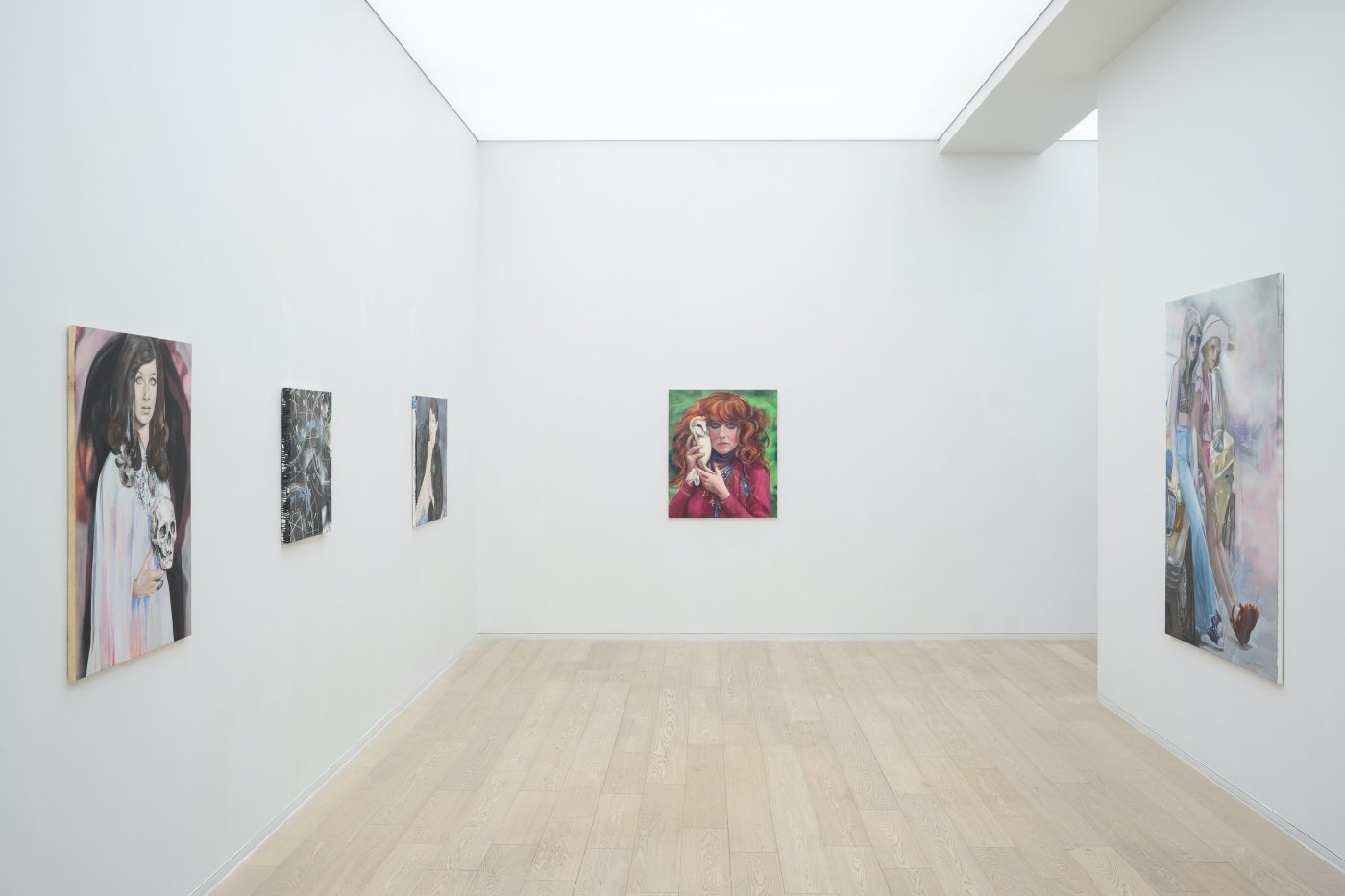 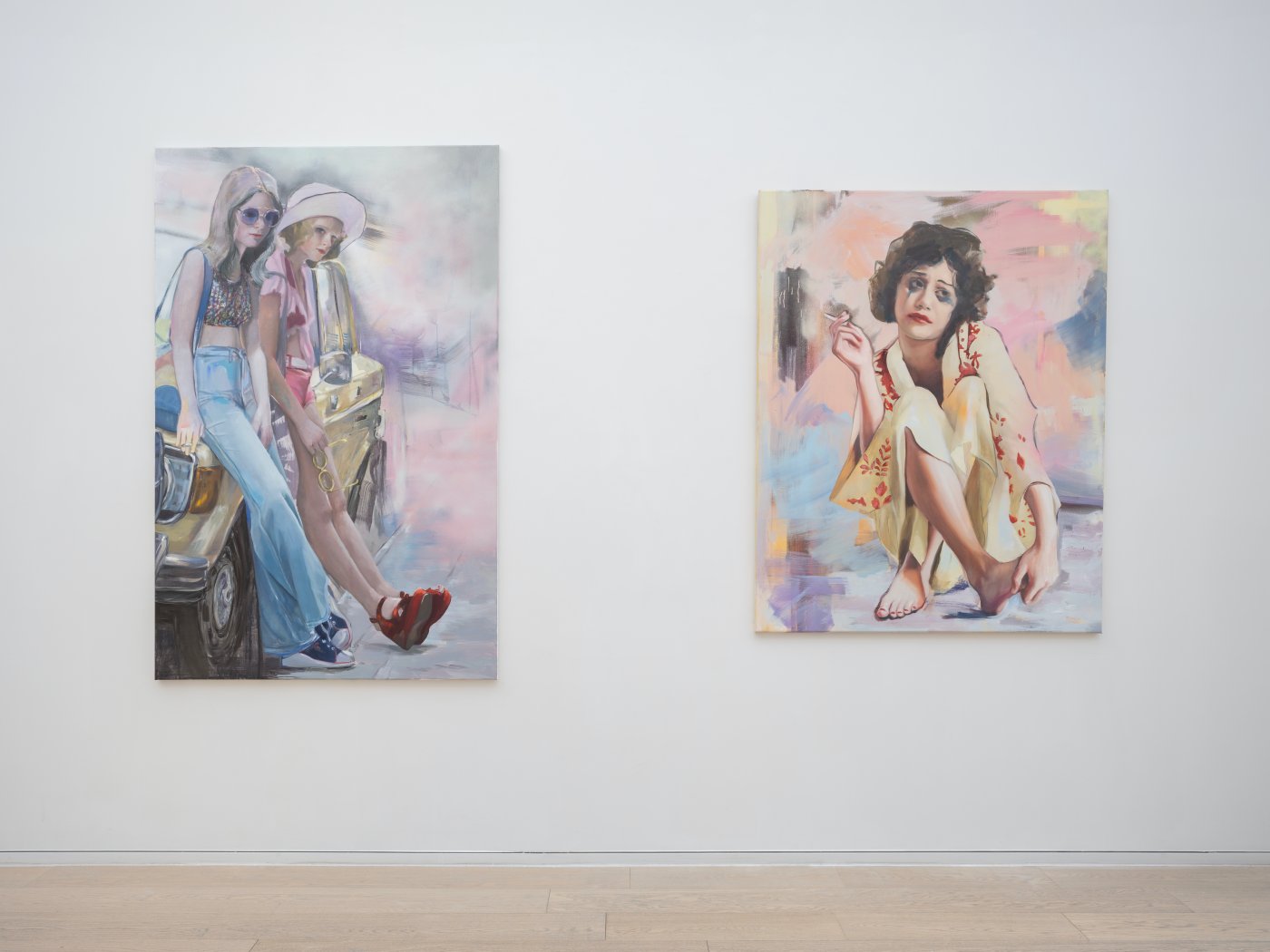 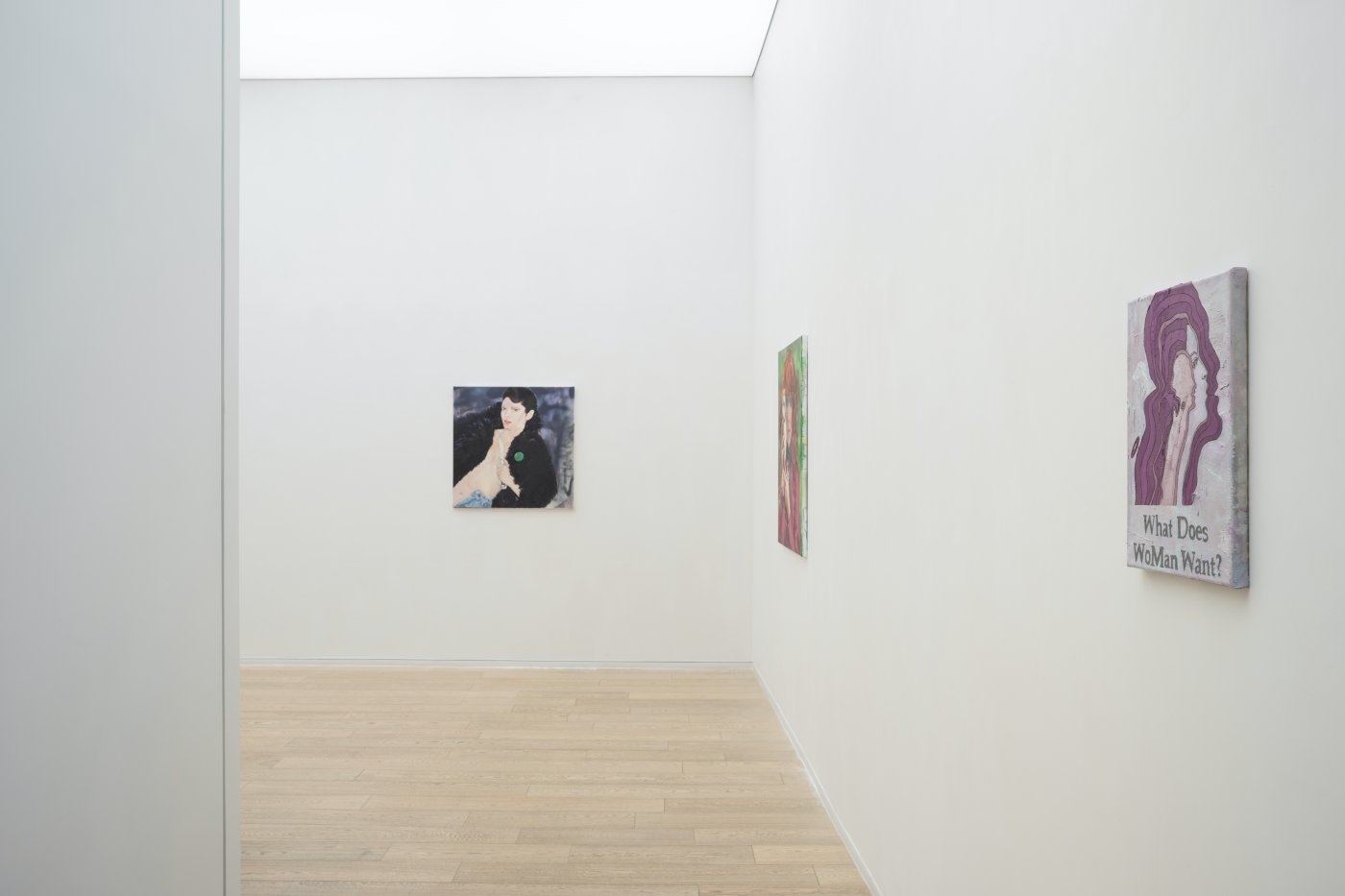 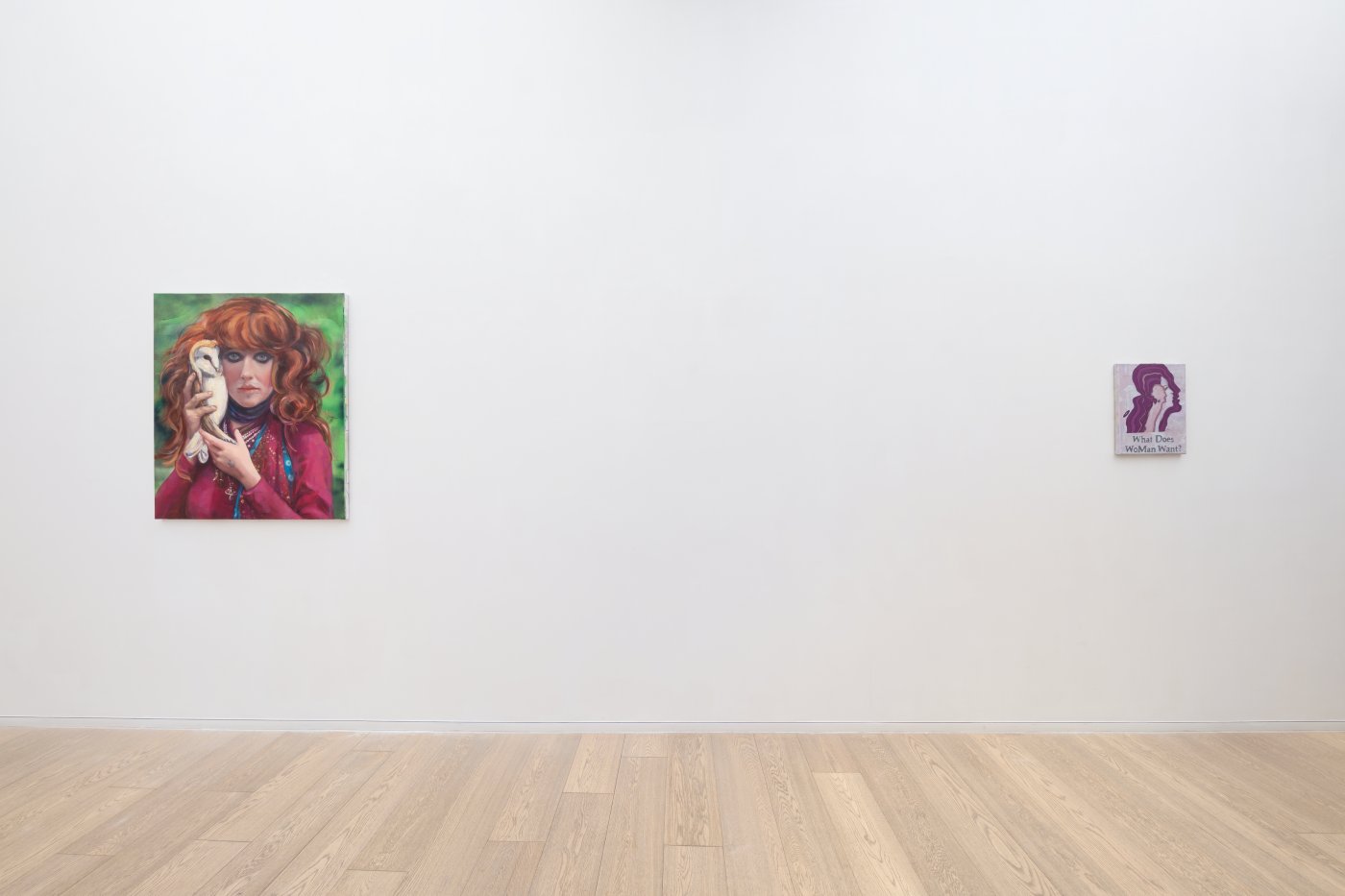 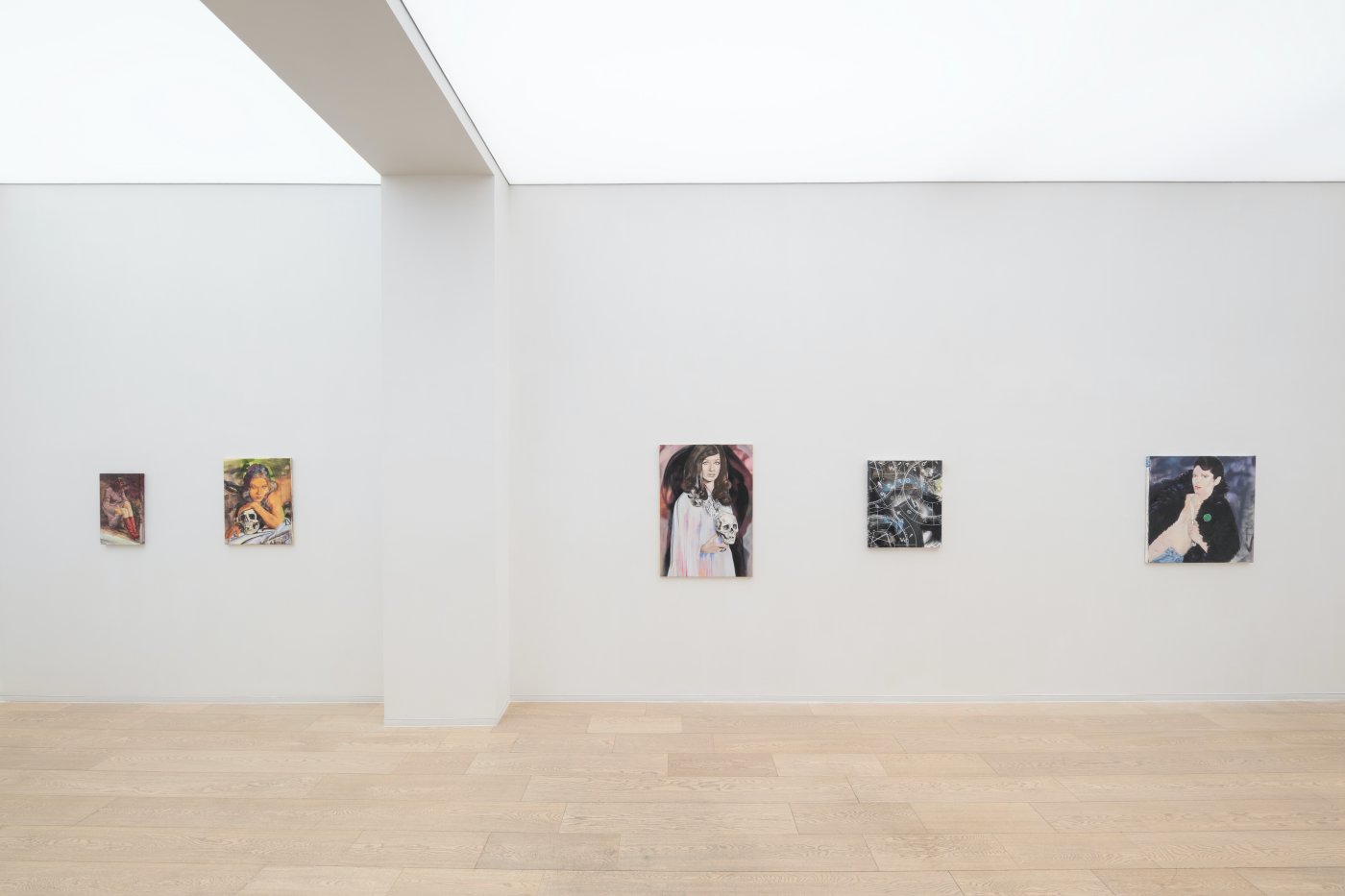 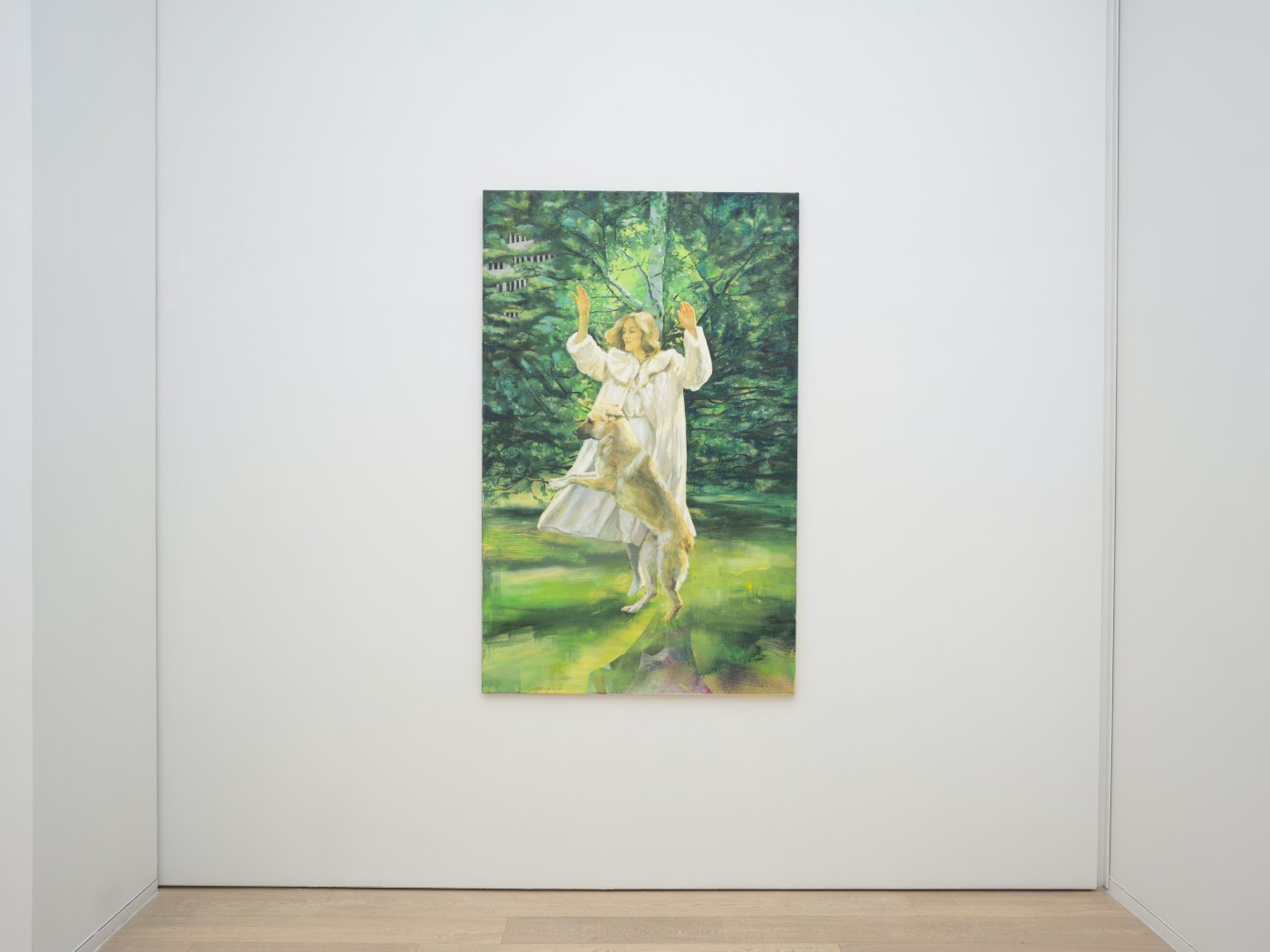 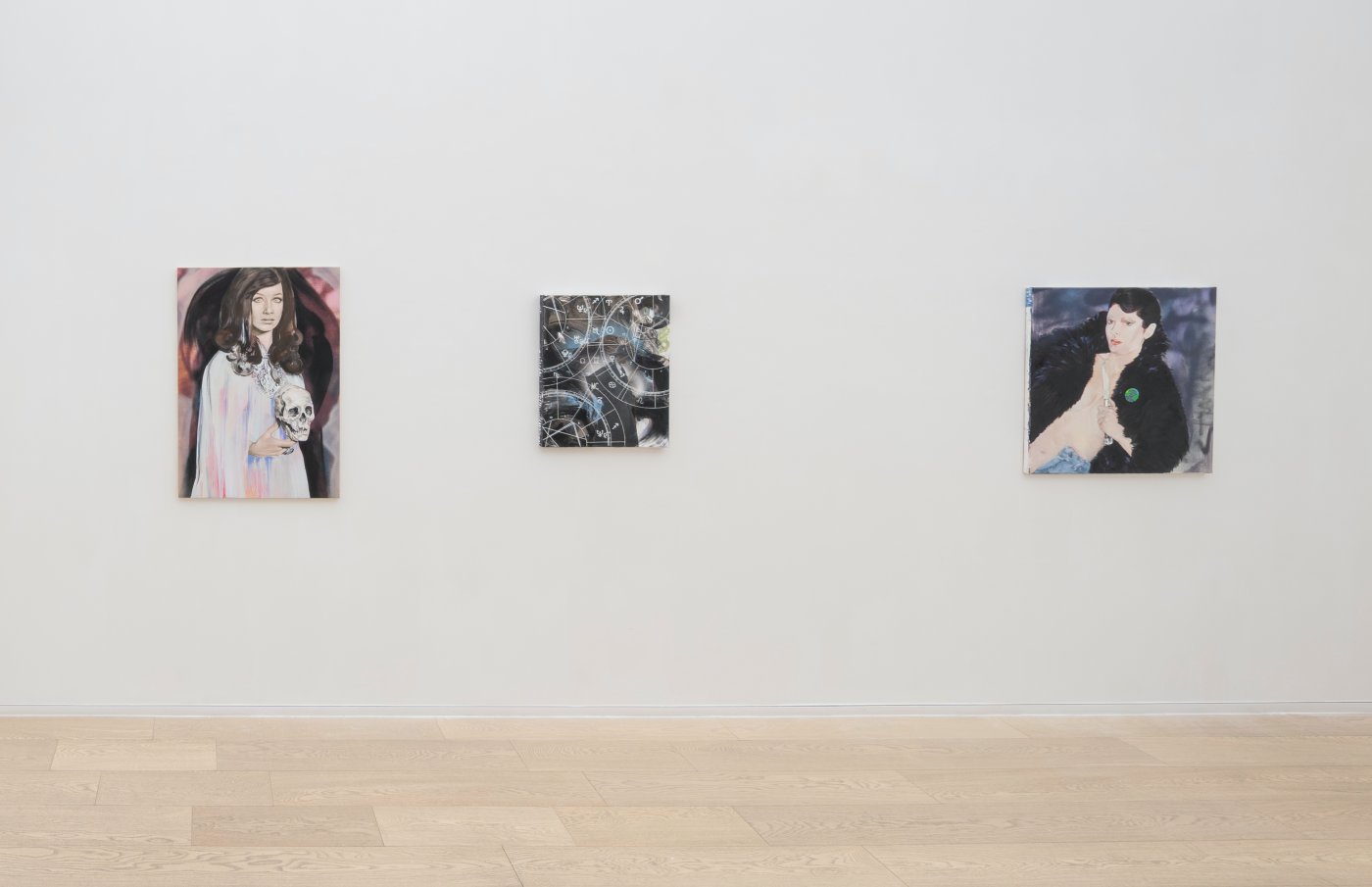 Olowska’s oeuvre has long been informed by her examination of the restrictive stereotypes that underpin representations of womanhood in the history of art. Seeking to depict femininity in all its guises, Olowska’s visual language asserts and redefines the capacity of the female gaze in painting, encoding each work with symbols and narrative cues that embolden her subject’s physical and psychological presence.

For her second solo exhibition in Hong Kong, Olowska has created a body of works depicting muses and heroines in various scenarios at different times of the day and night. The title of the show alludes to John Berendt’s novel Midnight in the Garden of Good and Evil and the subsequent film adaptation. Drawing on the hoodoo notion of midnight, the passage of time in the book and film defines the period for good magic – the thirty minutes prior to midnight – and the period for bad magic – the thirty minutes after midnight. Olowska extends this notion of time and the passing of day to night as both a visual and narrative device to contextualise the subjects of her portraits. Colours – and the time of day they indicate – fortify the viewer’s initial engagement with Olowska’s protagonists. Shifting from soft to vibrant tones, the works in the exhibition fluctuate in mood throughout the exhibition as day turns to night.

Olowska promotes the duality of the image in her practice, layering multiple meanings into her works to subvert and twist the viewer’s expectations and create space for an array of narratives to emerge. Idealistic compositions of gentil figures painted in pastel hues possess a distinct, threatening undertone. Elsewhere in the exhibition, the bold darkness of night and all its negative connotations becomes a source of innate strength for the figures within the paintings.

Many of the heroines in Olowska’s latest paintings refer to films and the actors and characters within them. Works in the exhibition allude to the avant-garde spiritual guru Vali Myers and the film about her life, ‘The Witch of Positano’ (1965), as well as to the magical powers that define the roles of Samantha Robinson in ‘The Love Witch’ (2016) and Valerie Leon in ‘Blood from the Mummy’s Tomb’ (1971). Olowska celebrates the Polish actor Grazyna Szapolowska in another work as a standard-bearer for modern political activism. Hollywood icons Jodie Foster and Susan Sarandon also make an appearance, selected by Olowska for the subversive qualities they represent to the artist. Drawing on the world of film, Olowska brings together her own cast of distinct and commanding protagonists.