Fundamental to Rego’s working practice is her need to draw. It underlies her method and remains at the core of all aspects of her work: paintings, pastels and prints. Marlborough Fine Art presents an exhibition devoted to Rego’s preparatory sketches demonstrating how essential drawing is to an understanding of her work. 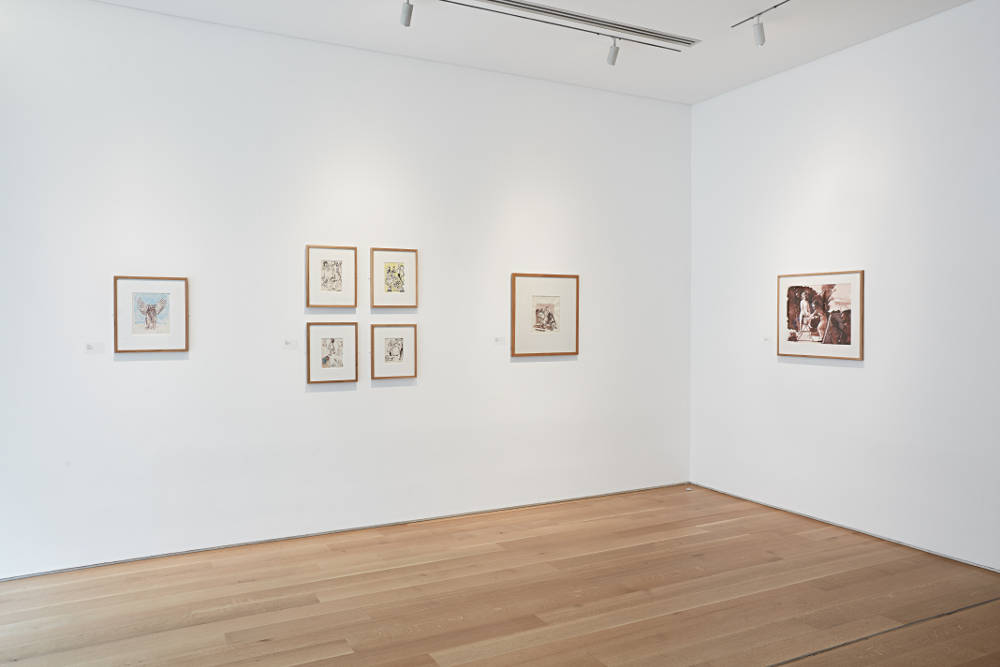 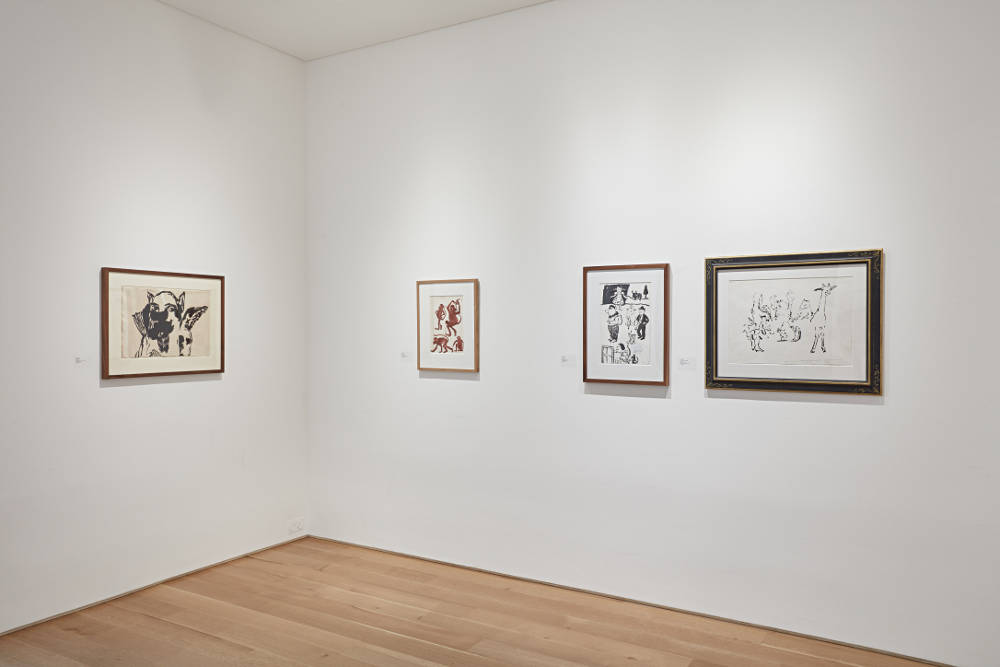 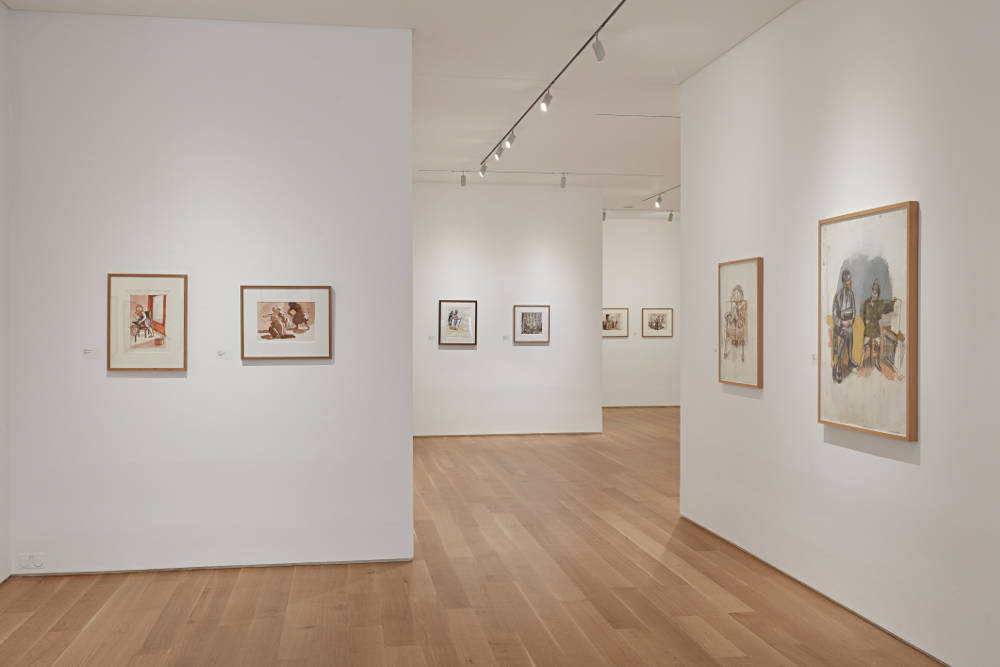 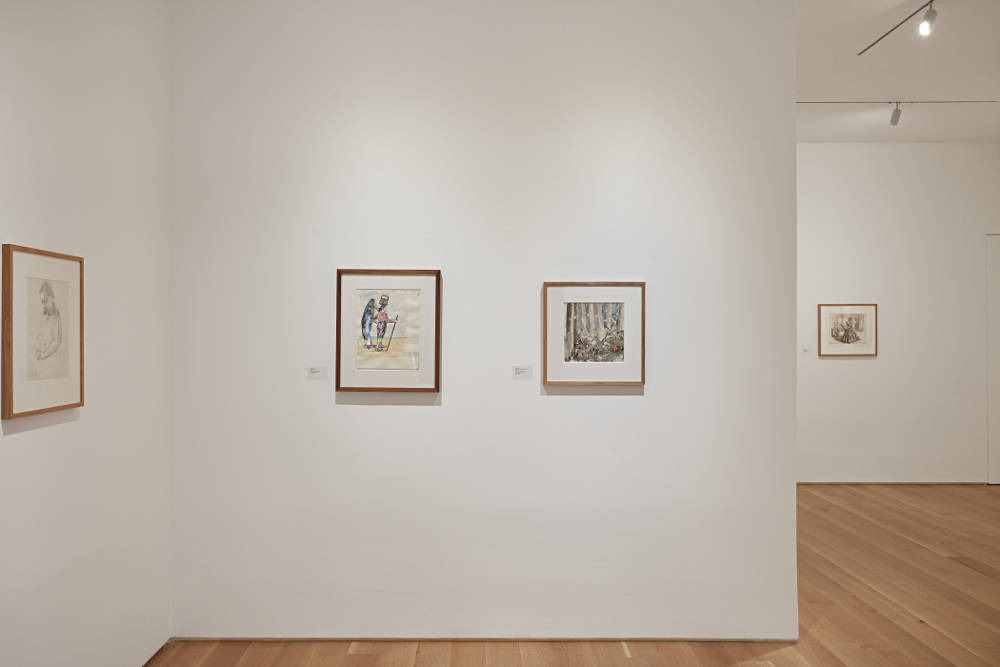 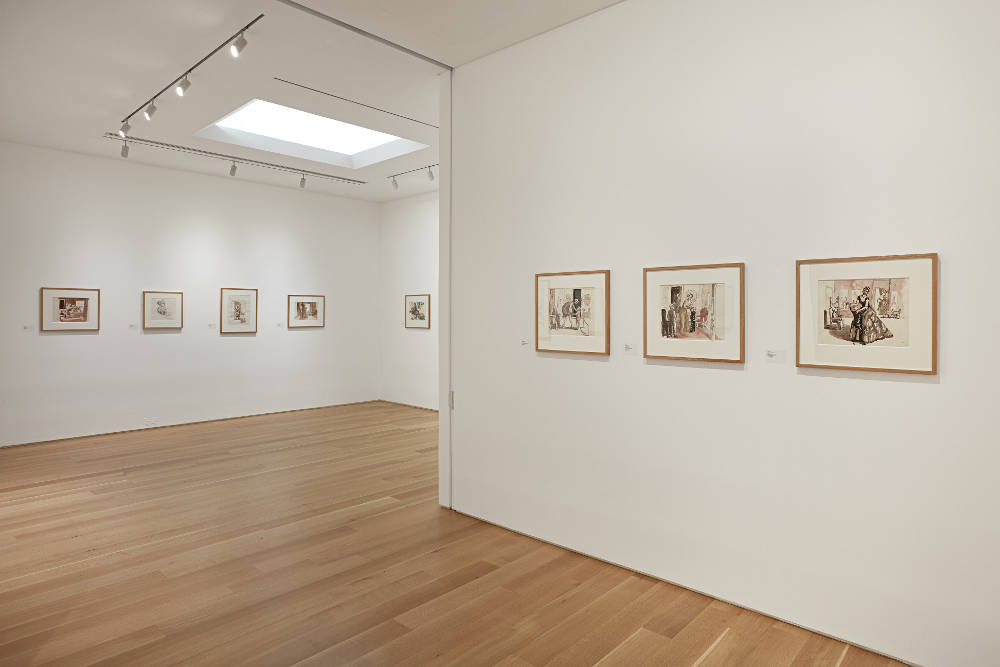 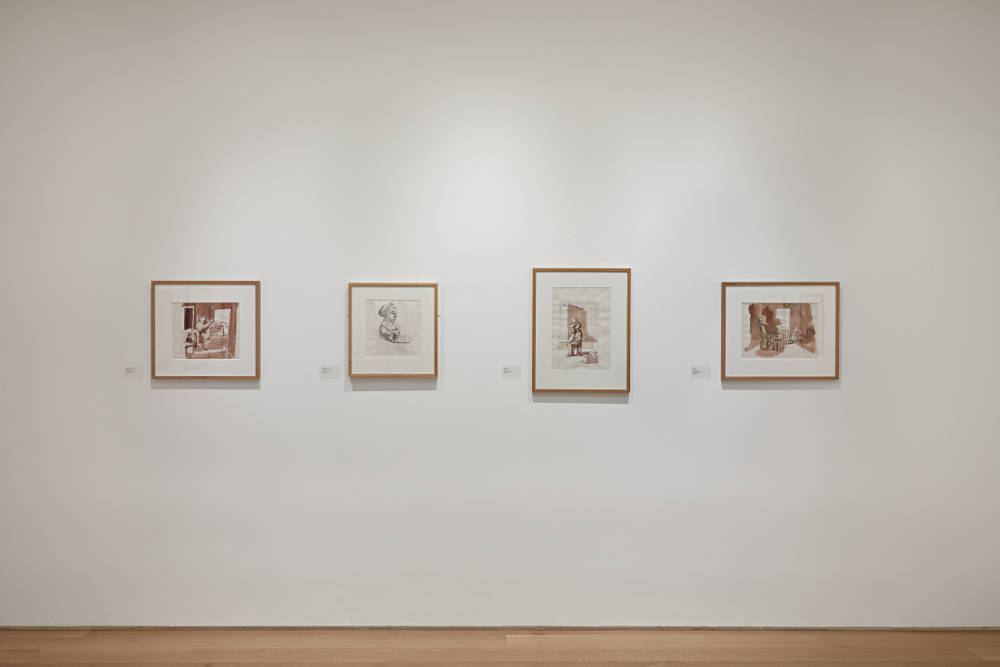 The exhibition follows on from Rego’s drawing show at Pallant House, Chichester in 2017. It spans the last three decades and comprises approximately fifty to sixty pieces, giving rare insight into her draughtsmanship and inventiveness. Rego learnt methods of observation and representation when a student at the Slade, as she states: “Drawing from the model is more spontaneous than drawing from the imagination… I think if you have something to look at and try and get it, you find that all sorts of things happen”. It is when she is drawing that her imagination comes into play and the stories unravel; as curator and artist Colin Wiggins writes, Rego’s work “is a combination of direct observation in the studio together with her imagination and those childhood memories that have stayed very much alive for her”.

Often working from literature, folk tales or religious texts it is the female who dominates Rego’s imagery. Depictions of the mother, lover, sister and carer create the narratives which are imbued with ambiguous sexual undertones and dark secrets. And it is through these narratives that she has challenged political issues, such as the legalisation of abortion, female circumcision and human bondage.

Considered one of the leading figurative artists of the day, Rego has a career that spans over half a century and has been with Marlborough Fine Art since the 1980s. This exhibition coincides with the opening of a major solo show ‘The cruel stories of Paula Rego’ at the Musée de l`Orangerie, Paris which runs 17 October – 14 January 2019.

There will be an illustrated catalogue with text by Frances Carey, writer and curator.

Rego (b. 1935, Lisbon) trained at the Slade School of Fine Art (1952-56). In 1990, she was appointed artist-in-residence at the National Gallery, London. Her work has been exhibited in many of the major museums worldwide. In 2004 she was awarded the Grã Cruz da Ordem de Sant’Iago da Espada by the President of Portugal and a museum dedicated to Rego’s work, the Casa das Histórias Paula Rego, was opened in Cascais, Portugal in 2009. In 2010, Rego was made a Dame of the British Empire. Her work is part of numerous public collections including the Arts Council, London, England; Berardo Collection, Lisbon; National Gallery, London; National Portrait Gallery, London; Tate Gallery, Liverpool; and the Whitworth Art Gallery, Manchester. She lives and works in London.

Courtesy of the artist and Marlborough Fine Art, London