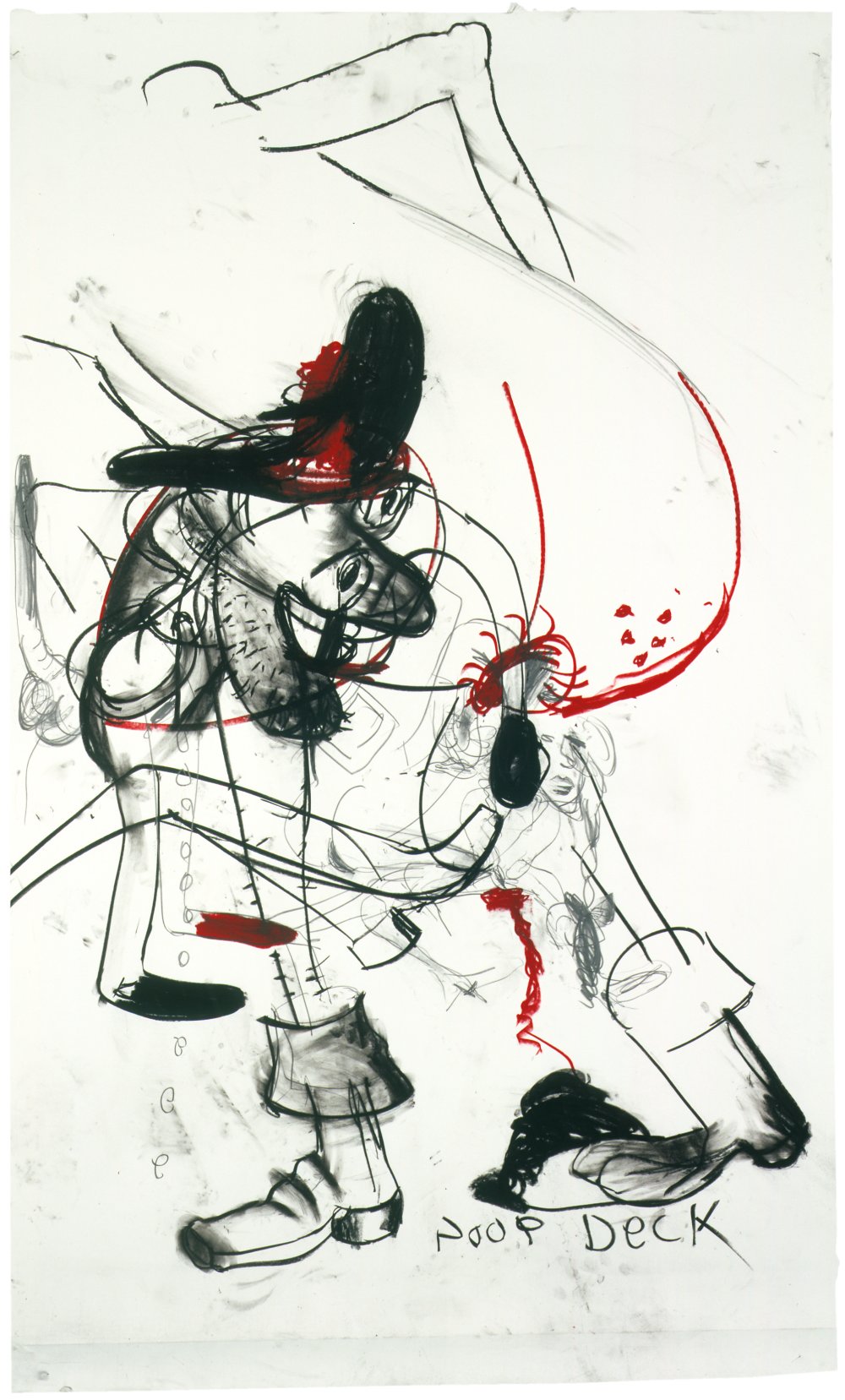 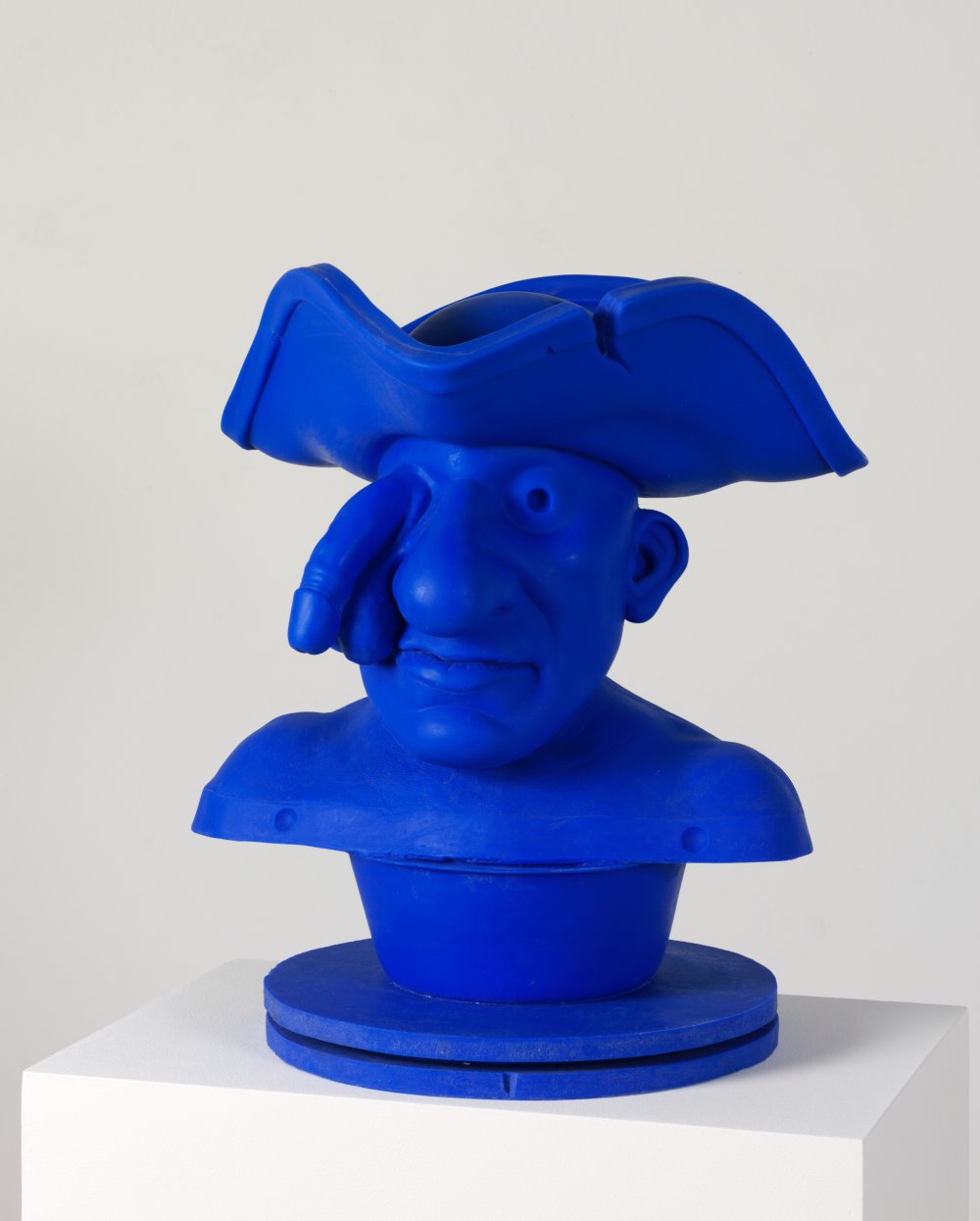 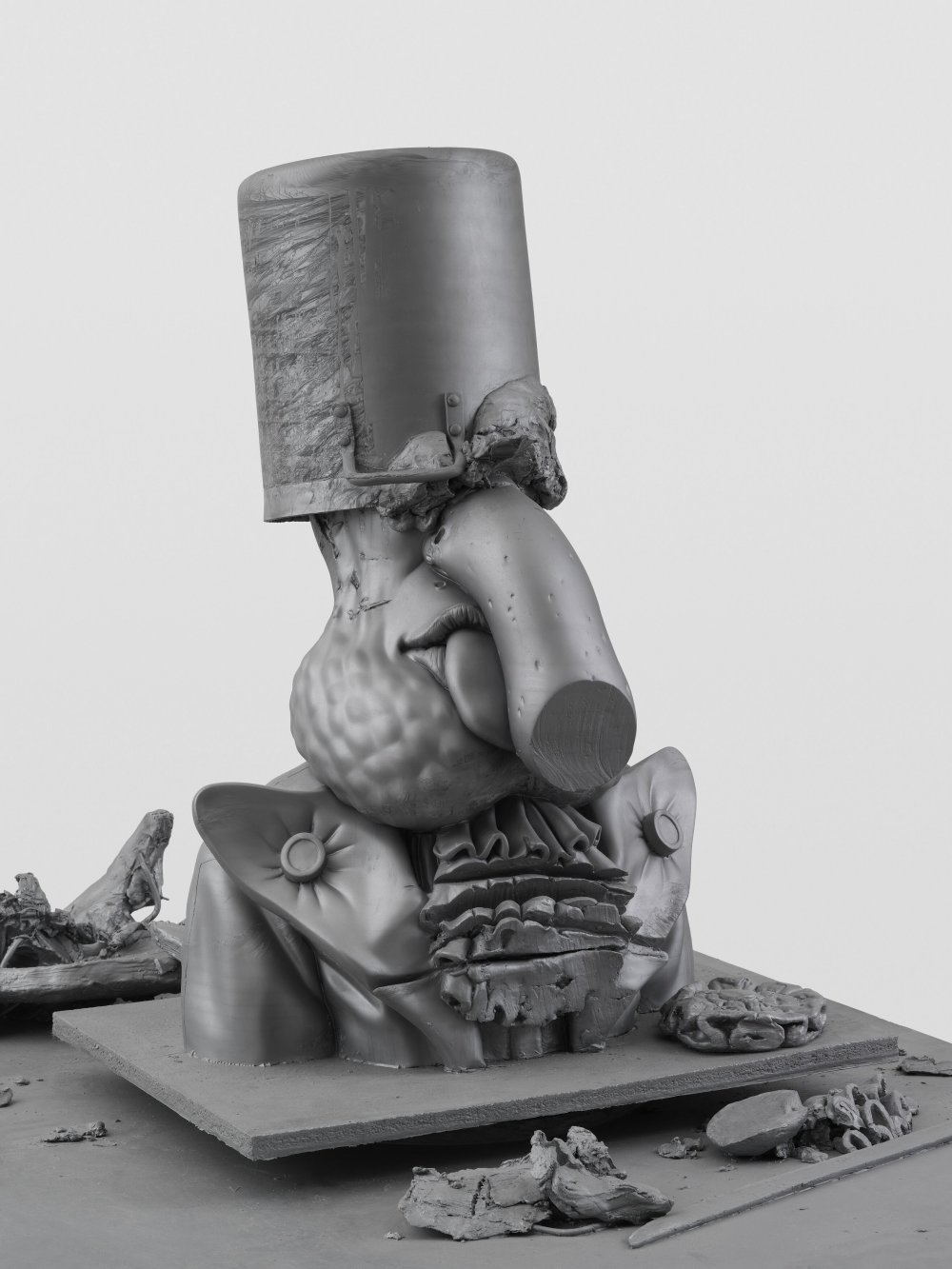 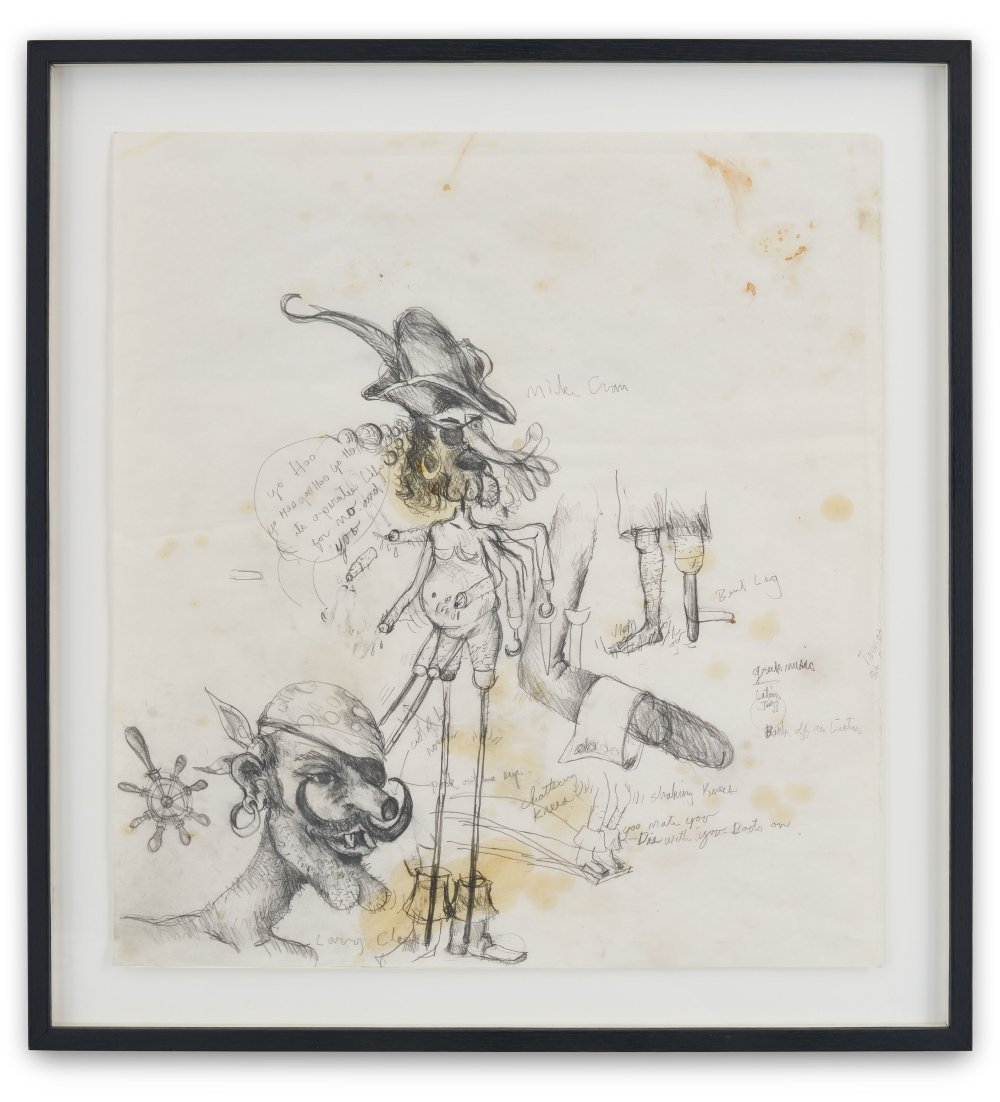 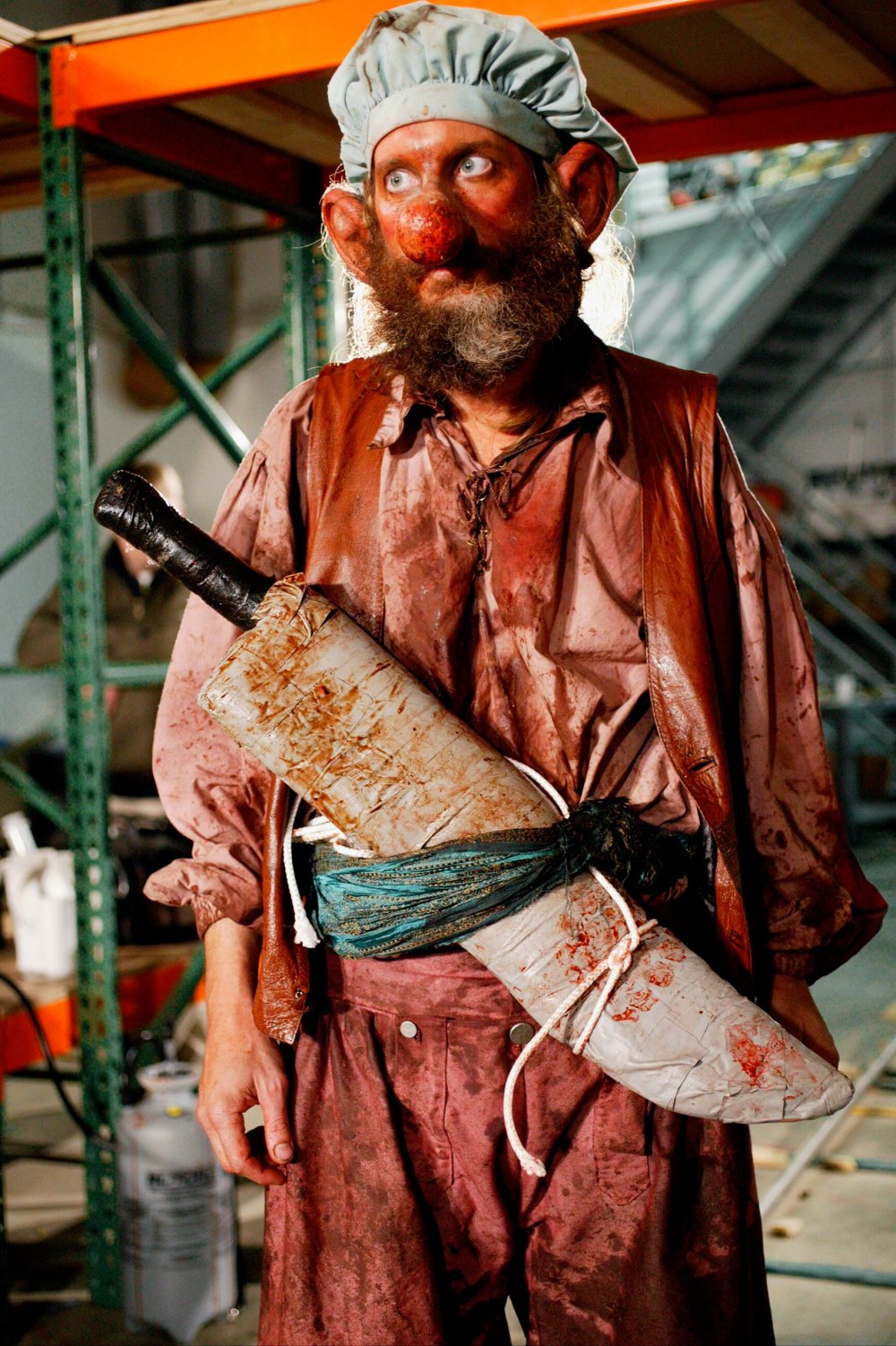 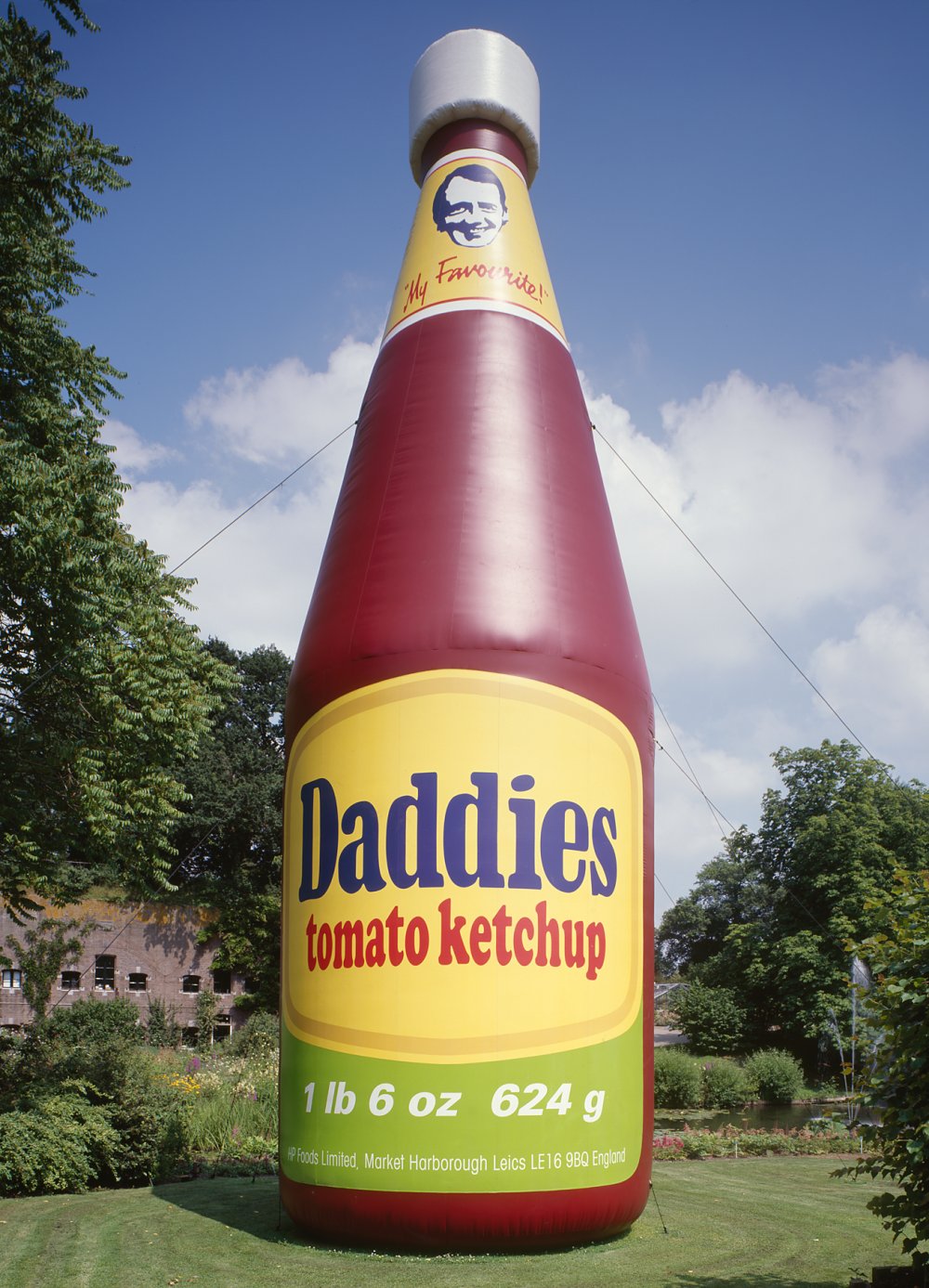 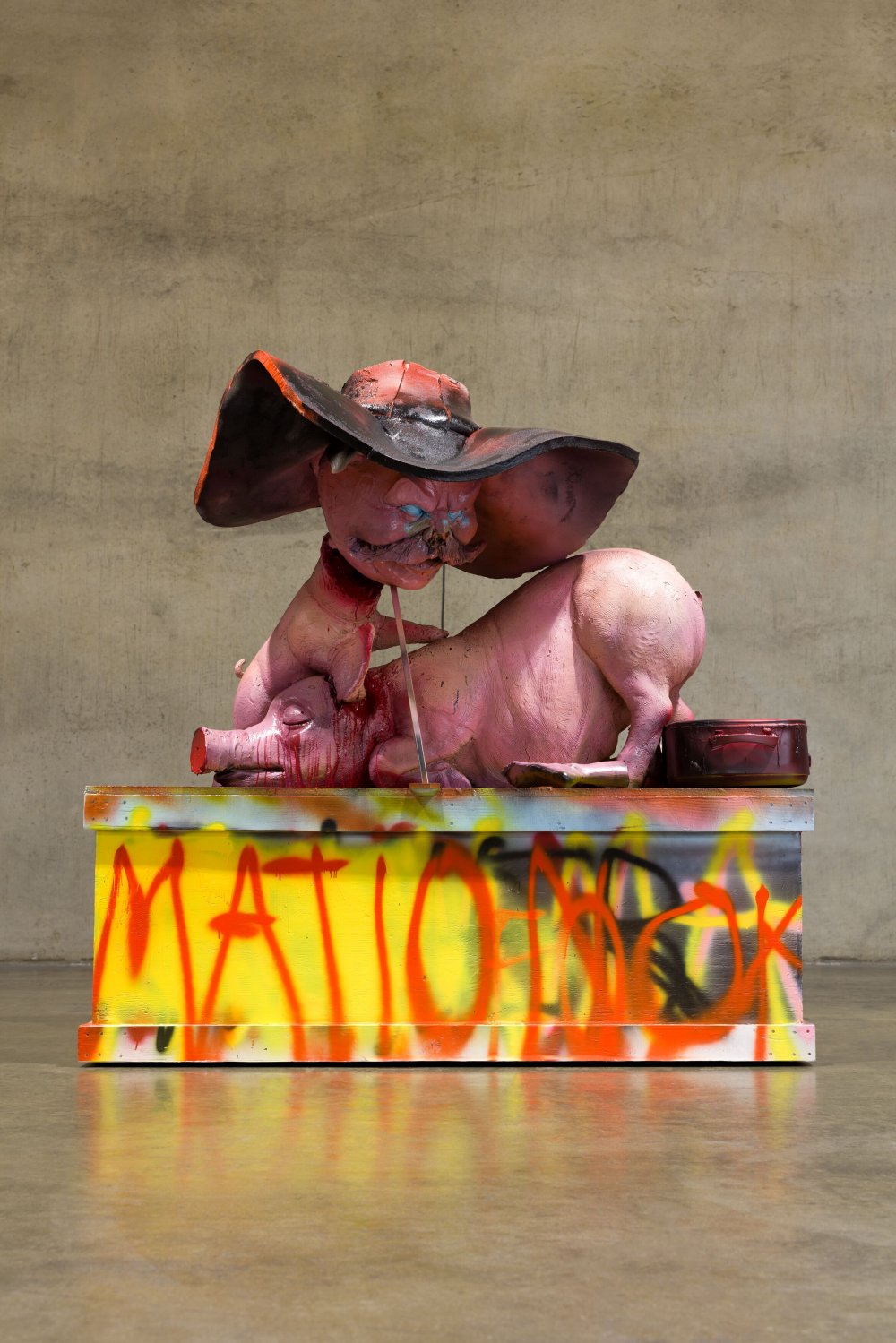 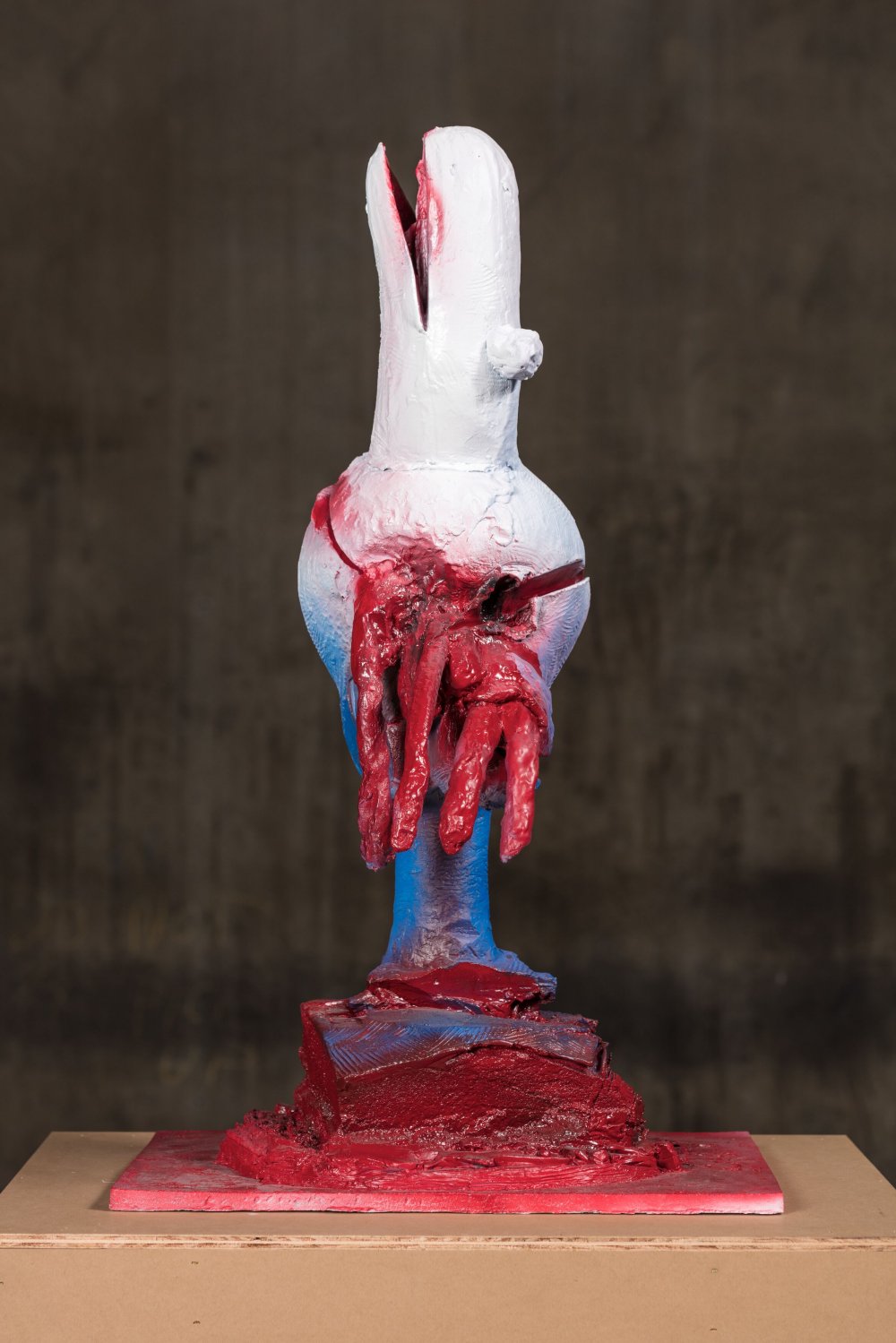 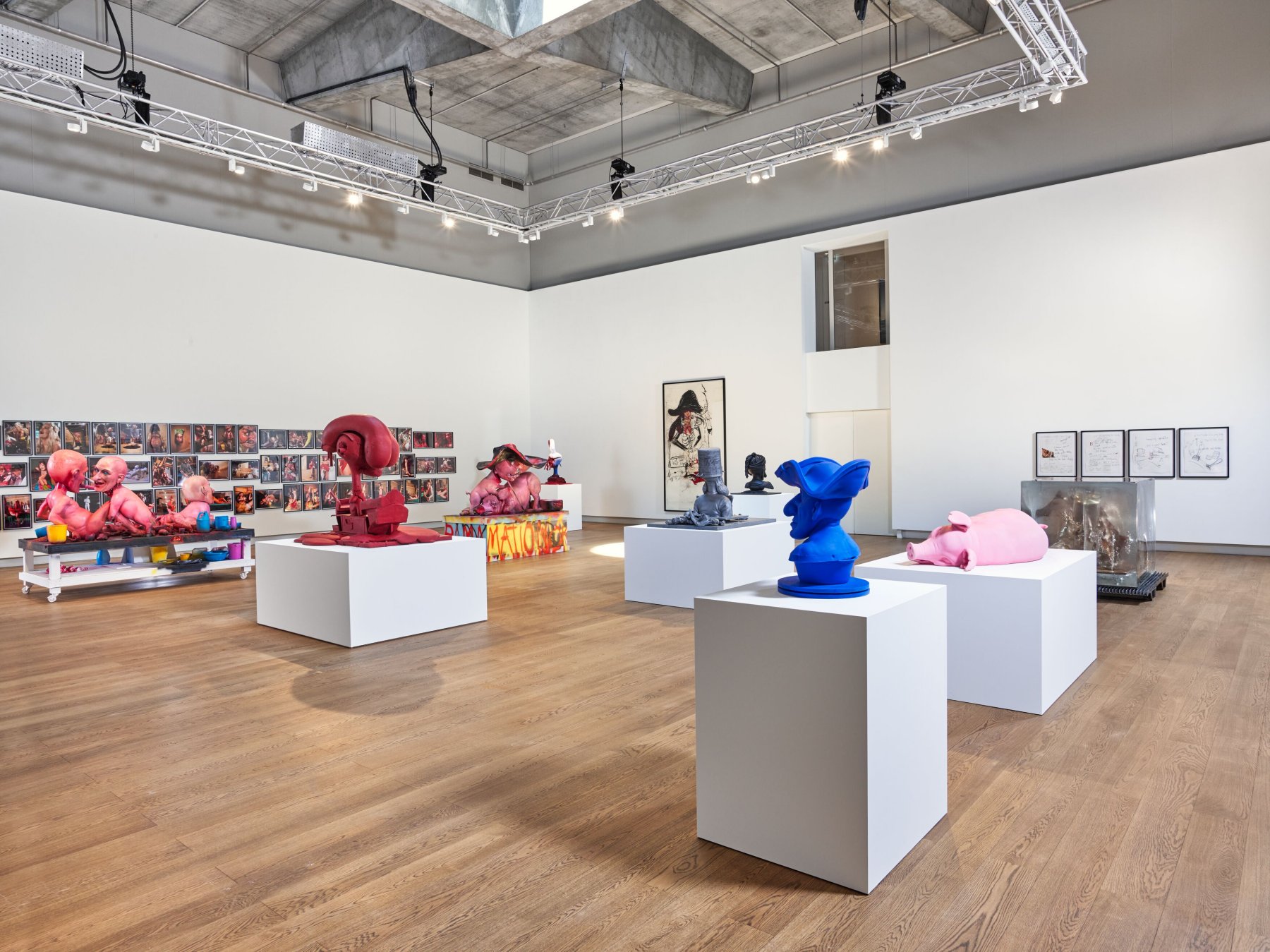 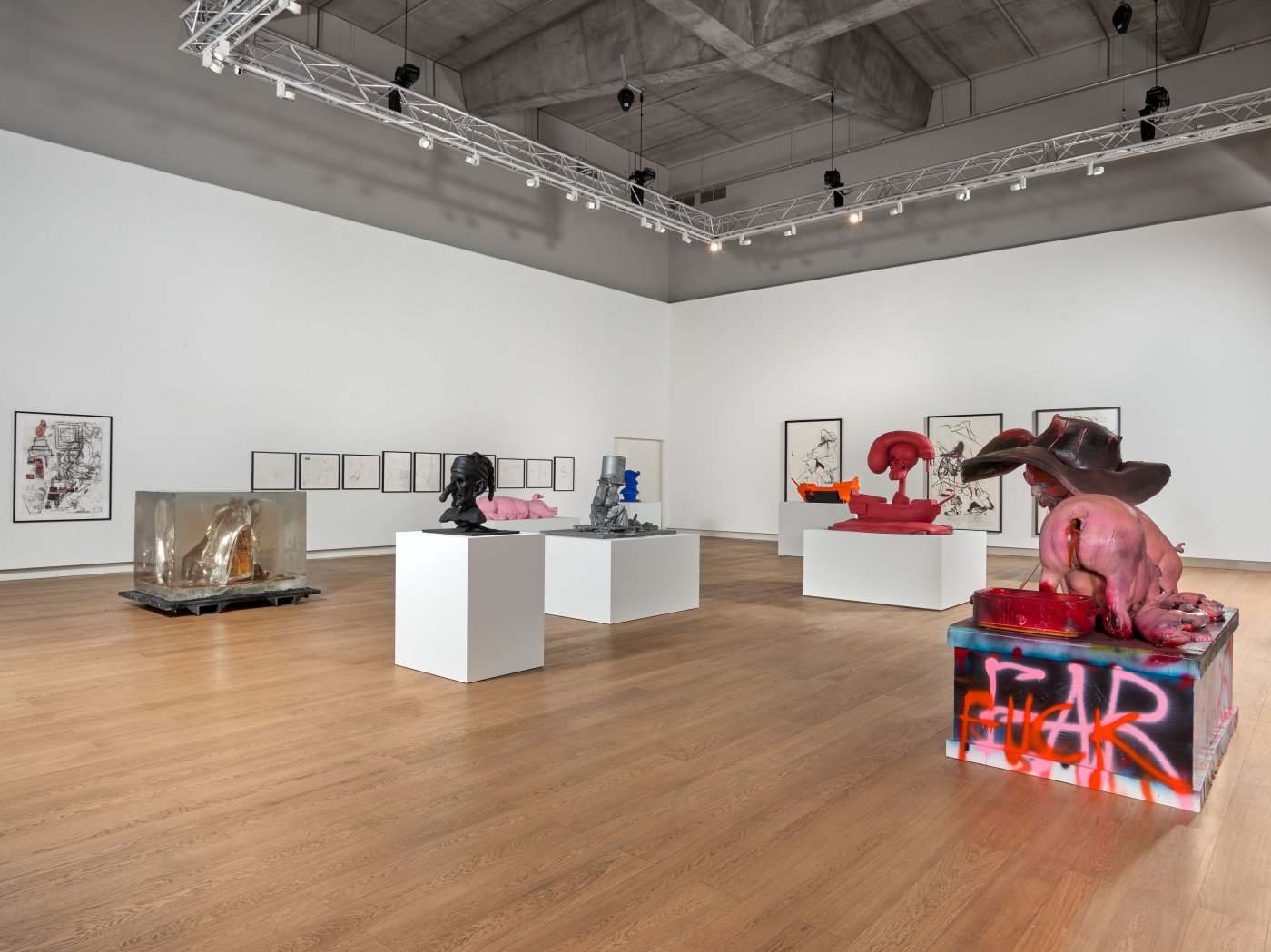 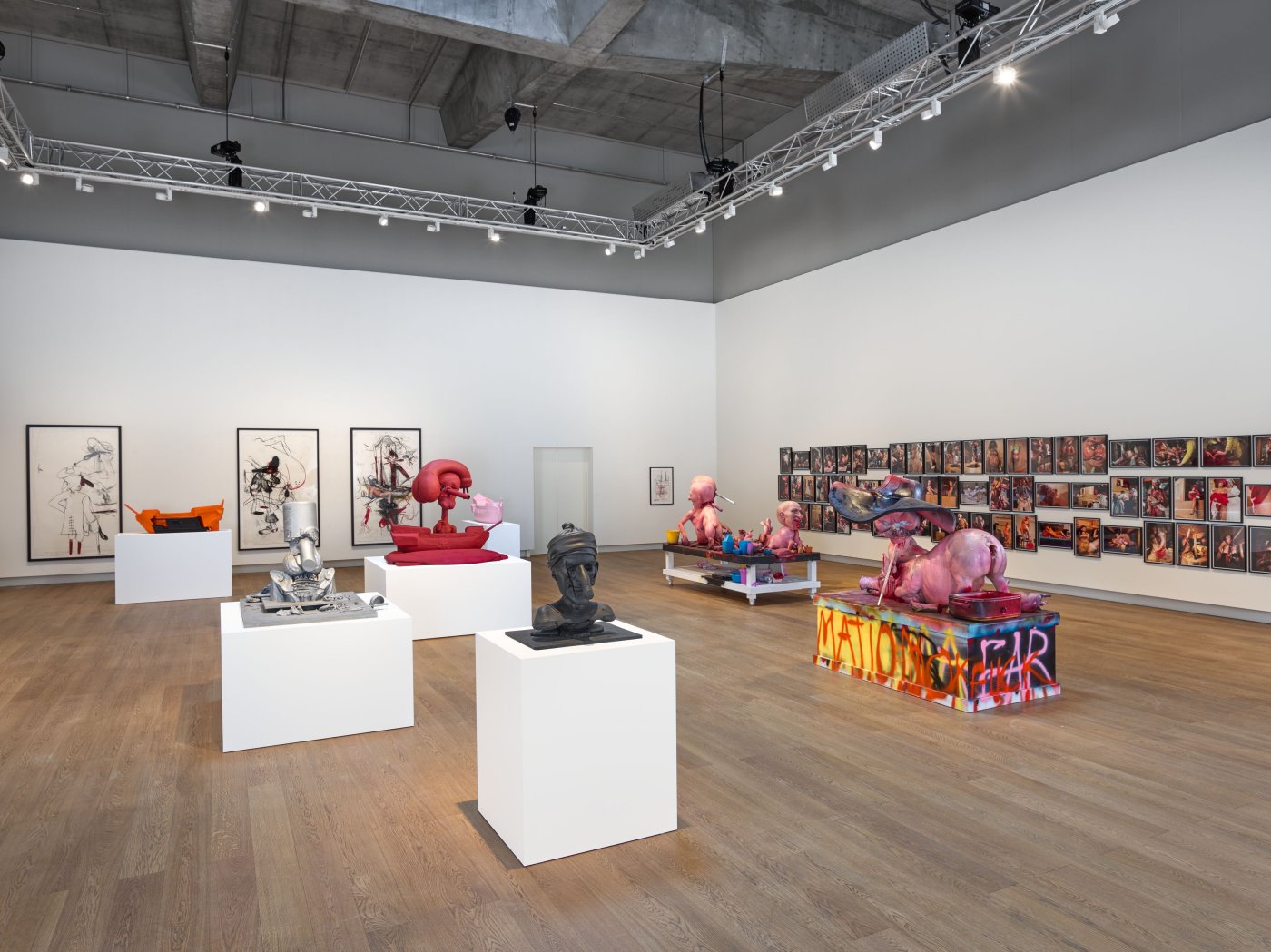 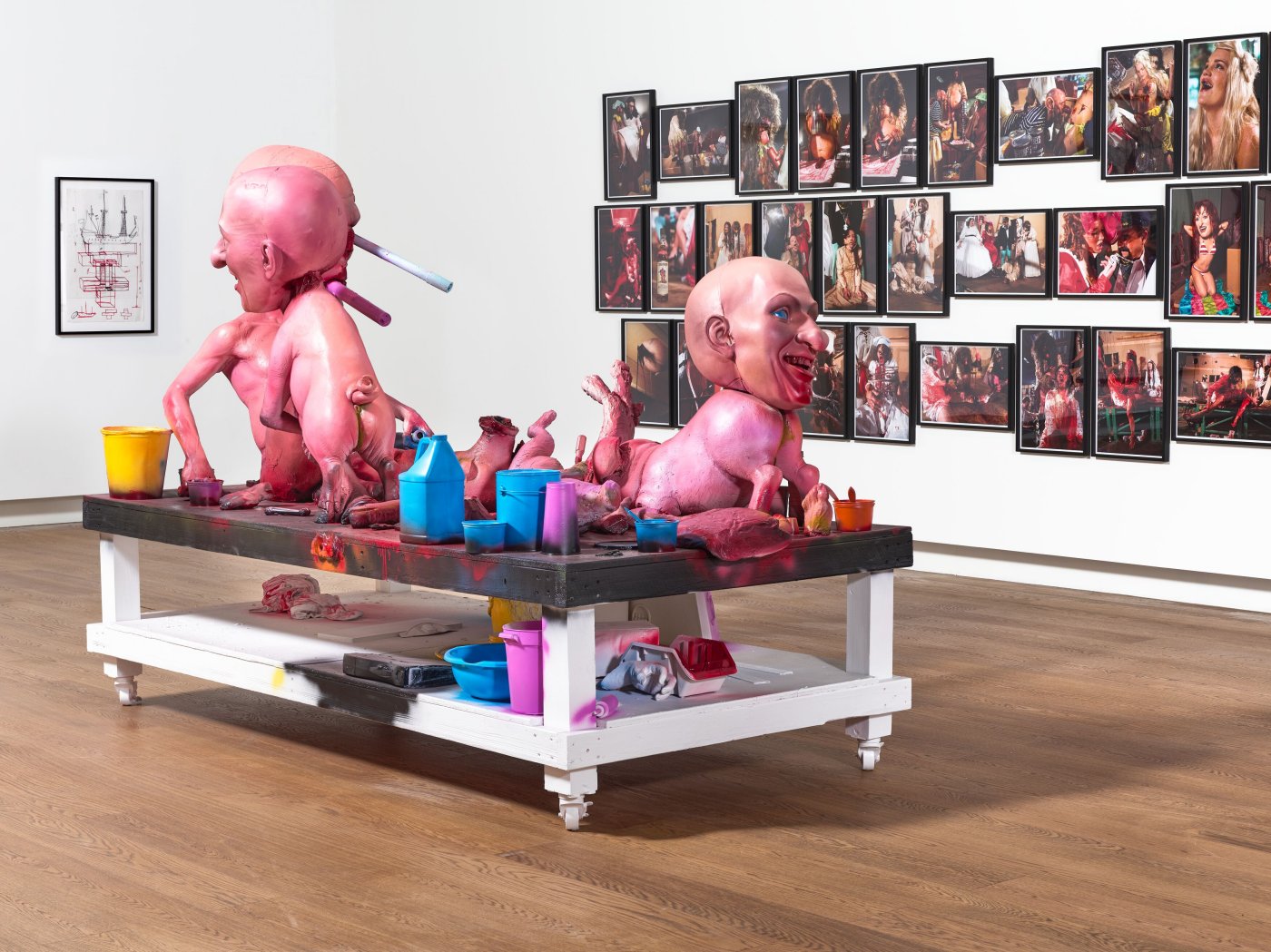 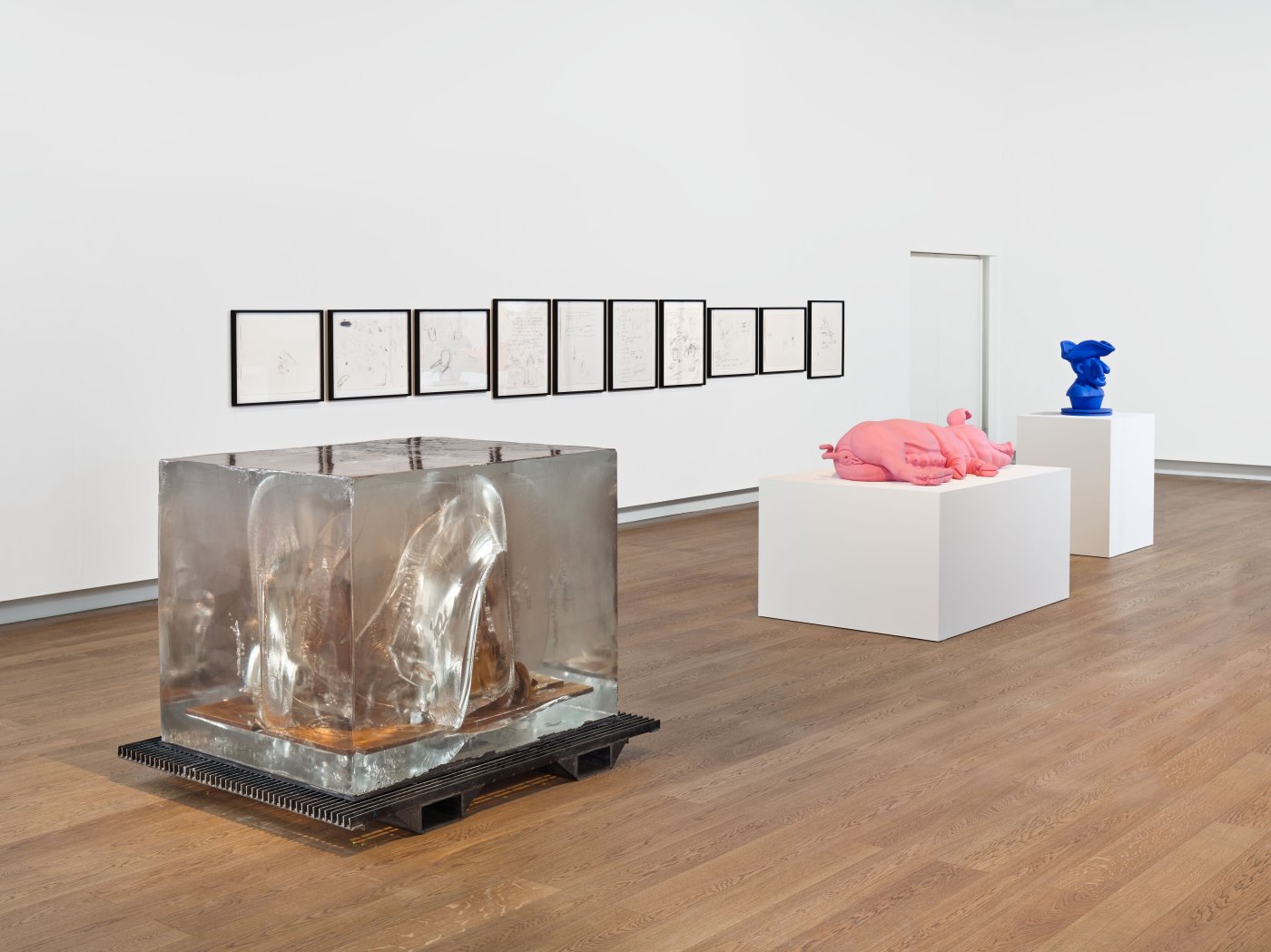 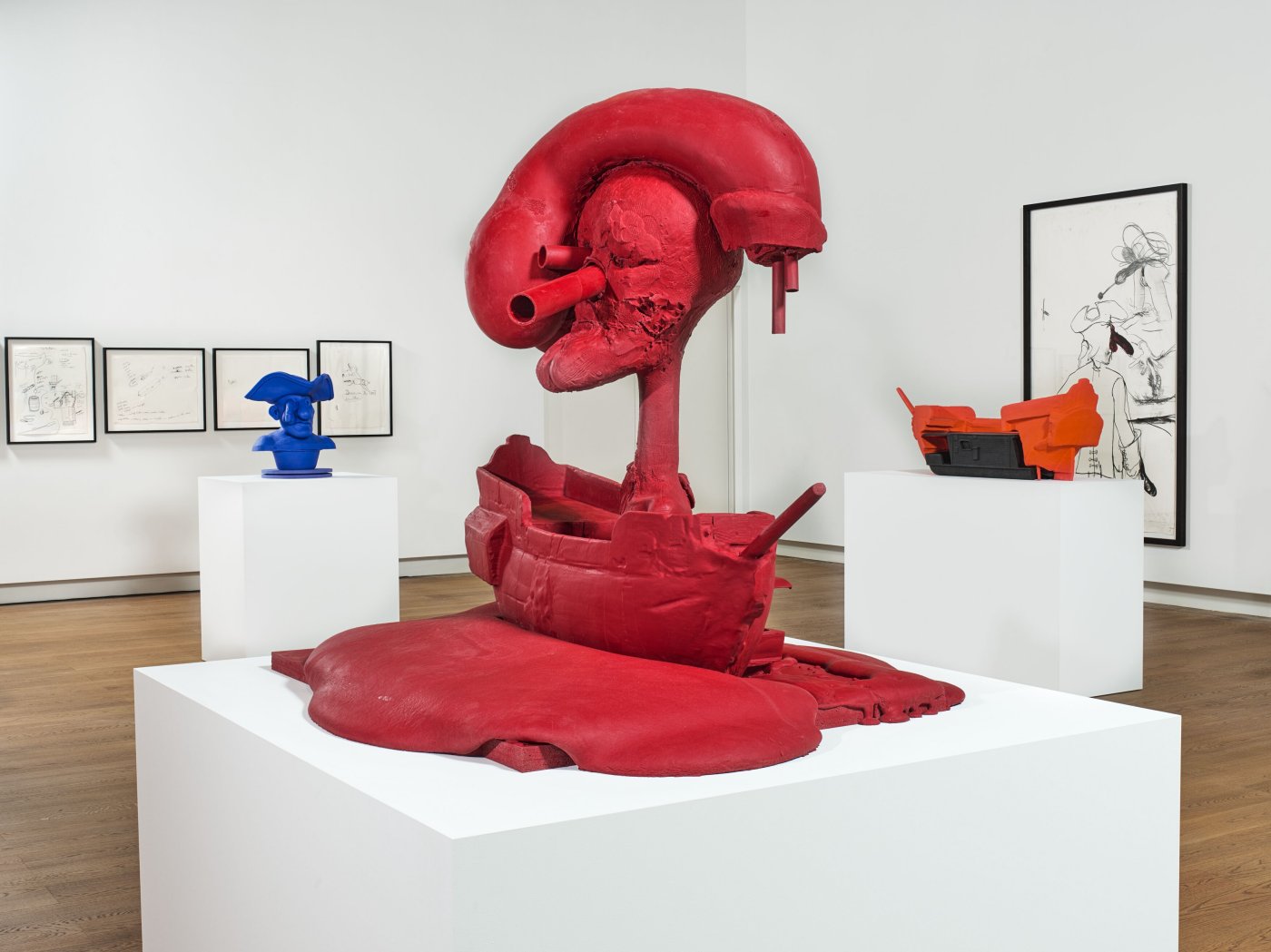 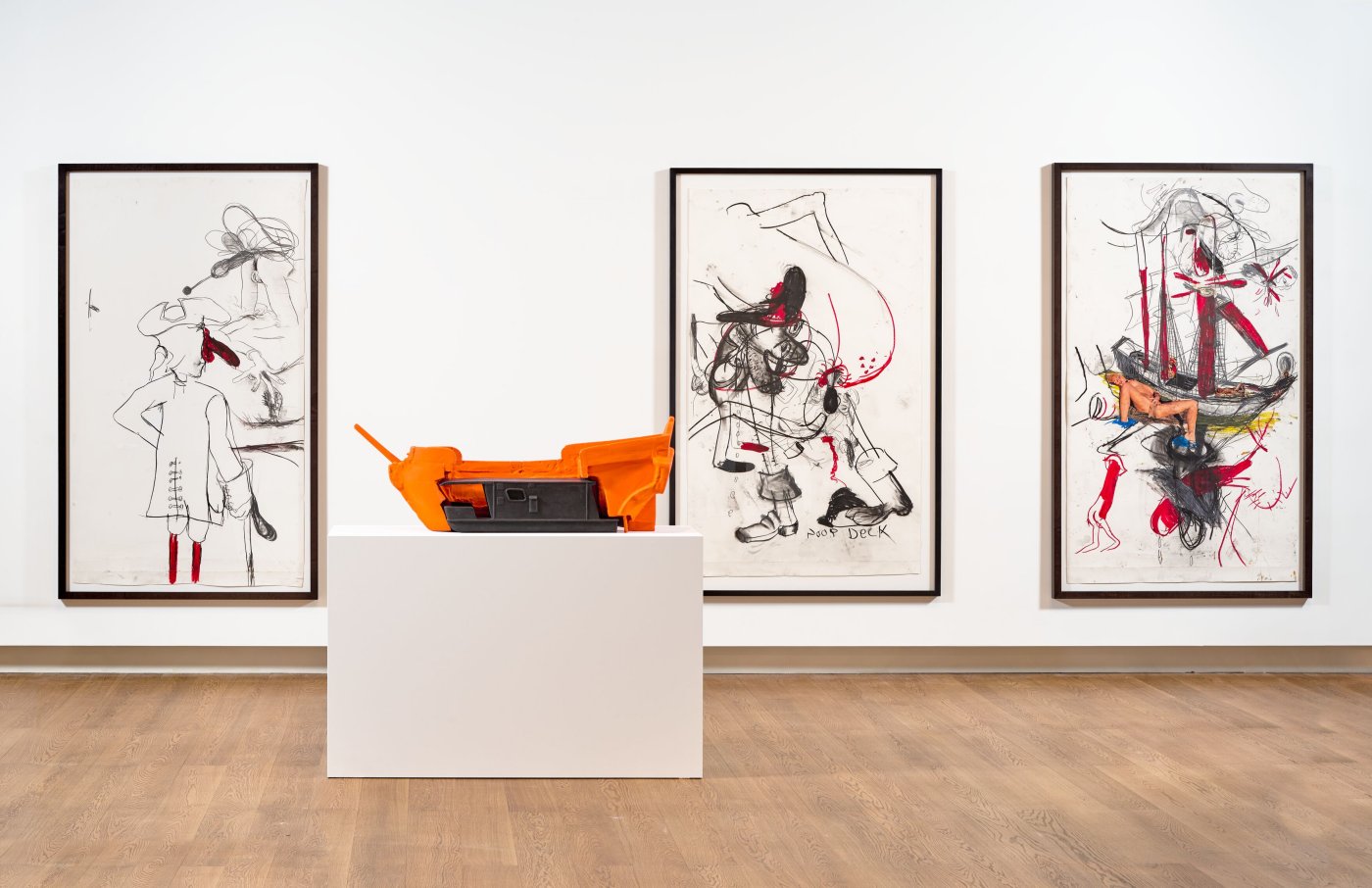 Over five decades, Paul McCarthy has developed a transgressive artistic practice that has sought to parody social hierarchies and cultural conventions and challenge the canon of art. Painting, especially the national symbolism and machismo associated with Abstract Expressionism, was originally a target that McCarthy confronted by using, or evoking, unorthodox materials such as bodily fluids and foodstuffs. He has since become known for visceral, often subversively humorous work in a wide-ranging variety of media.

‘Paul McCarthy. Pirates Stew Pot’ at Hauser & Wirth Monaco marks the twentieth anniversary of McCarthy’s Pirate Project. One of his most important bodies of work, the show highlights the artist’s dedication to this theme across multiple strands since 2001. Originally stemming from Paul McCarthy and his son Damon’s fascination with the Disneyland amusement park attraction ‘Pirates of the Caribbean,’ the selection of works includes sculpture, drawing, video and photography, and explores the complex universe of the pirate theme. McCarthy’s Pirate world offers an allegory of society, focusing on a range of unrestrained behaviours or forms of resistance, from untrammelled greed, rampant commercialisation and social ostentation to sadism, perversion, anarchism and corruption. Two decades after its inception, the work continues to be relevant in the context of current global conflicts for the way it addresses the links between violence, depravity and masculinity.

The exhibition starts where the project began, with a series of large-scale Pirate Drawings such as ‘Large Pirate Drawing (Poop Deck)’ and ‘Cut off the Lips’ (2001). These works, McCarthy says, lay bare the psychological sources of this wide-ranging project about the imaginary world of pirate yarns. Enormous sheets of paper serve to gather associations and mould thoughts into pictorial form. Combining charcoal, pencil and marker with collage, McCarthy examines the flow of images from the consumer world and the porn industry. The earlier works lead on to later manifestations of the project in works such as ‘Cake, Pig Island’ (2008). Immensely powerful and psychologically charged, McCarthy’s works on paper address social conditions by representing and manipulating archetypal characters from a familiar world of illusion. ‘I have always connected drawing and painting with action. In 2003, I was working on an installation and video performance with Damon titled Caribbean Pirates, referencing the Disneyland ride ‘Pirates of the Caribbean.’ At that time, Bush had entered Iraq, and Caribbean Pirates was about invasion. I made large drawings on a table, and while making them I talked constantly, speaking as a caricature, an exaggeration of a pirate.’

The video work, ‘Caribbean Pirates’, which McCarthy began working on with Damon McCarthy in 2001, additionally acted as a departure point for the artist’s foray into the pirate theme. It was first displayed in the artist’s major pirate-focused exhibition entitled ‘LaLa Land Parody Paradise’ at Haus der Kunst in Munich in 2005. Art historian John C. Welchman describes the video as ‘an exploration of men on ships, alone’ and argues, ‘This key work — in my view, one of Paul McCarthy’s most significant to date — offers to reverse the analytic postures of the postmodern era by beginning with a wantonly pluralized theatrical scene in which the extreme valences of empowerment — torture, abuse, and degradation — take centre stage in a disturbingly parodic allegory of instrumental power’. The four-channel video is structured around a network of parallel worlds and disturbing events. These are presided over by McCarthy himself, wearing a prosthetic belly, in the guise of Captain Morgan’s First Mate. Allied to this, the exhibition in Monaco presents a series of photographs taken during live activations which serve to both document and emphasise the performative aspect of the project and, at the same time, are themselves an integral part of the creative process.

This presentation also features sculptural works that subsequently evolved from the pirate theme and developed its subplots, acting as a continuation of this varied and performative universe. These include the Pirate Head sculptures ‘Pot Head’, ‘Jack’ and ‘Dick Eye’ (2002), which return to different fictitious characters originating from the video performance. Within McCarthy’s work, the sailor and pirate have been key figures for articulating the psychology of a hermetically closed, male-dominated world in which fantasies come to the surface while moral barriers are torn down. The human figure, particularly through imagery of the grotesque body, has been a constant in McCarthy’s work as aptly seen in these bust-like sculptures. Through the artist’s own performances or the array of characters he creates, his works aim to demolish the distinction between high and low culture and provoke an analysis of our fundamental beliefs.

Utilising playfully oversized characters and objects, sculptures such as ‘Piggies, Painted’ (2008/2018) and ‘Paula Jones, Painted’ (2007/2018) merge the fantasy Pirate world with figures from the real worlds of politics, philosophy, science, art, literature, film and television. McCarthy locates the traumas lurking behind the American Dream, presented as a Hollywood or Disney-style stage set gone wrong, and identifies their counterparts in the art historical canon. Another of the Pirate Heads, ‘Shit Face’ (2009/2017) is revisited here in a later painted version and exemplifies the way personae with mutilated limbs and caricature heads (often gouged or shafted by phallic objects) feature repeatedly in this body of work.

In conjunction with the exhibition, one of the artist’s monumental inflatable sculptures, ‘Daddies Tomato Ketchup Inflatable’ (2007), will be installed in the gardens adjacent to the gallery on Place du Casino in the centre of Monaco from mid-June until 27 August 2022, reinforcing McCarthy’s preoccupation with the paternalism of American culture.

The exhibition also celebrates ‘Caribbean Pirates,’ an immense two-volume artist’s book by Paul and Damon McCarthy, released in 2019. It details the ongoing endeavour of the Pirate Project, an acclaimed example of McCarthy’s multidisciplinary practice, through photographic documentation and production stills of the performance alongside a text by the artist and an essay by John C. Welchman.

This summer, Paul McCarthy will stage a series of performances with German actress Lilith Stangenberg whom the artist has collaborated with over for more than five years on performance, film, and drawing. The performances are curated by Henning Nass and include ‘A&E / ADOLF & EVA / ADAM & EVE / HAMBURG’ at Deutsches Schauspielhaus in Hamburg, Germany from 24 – 29 August 2022 and ‘NV / NIGHT VATER / VIENNA’ Volkstheater Wien in Vienna, Austria from 3 – 7 September 2022.