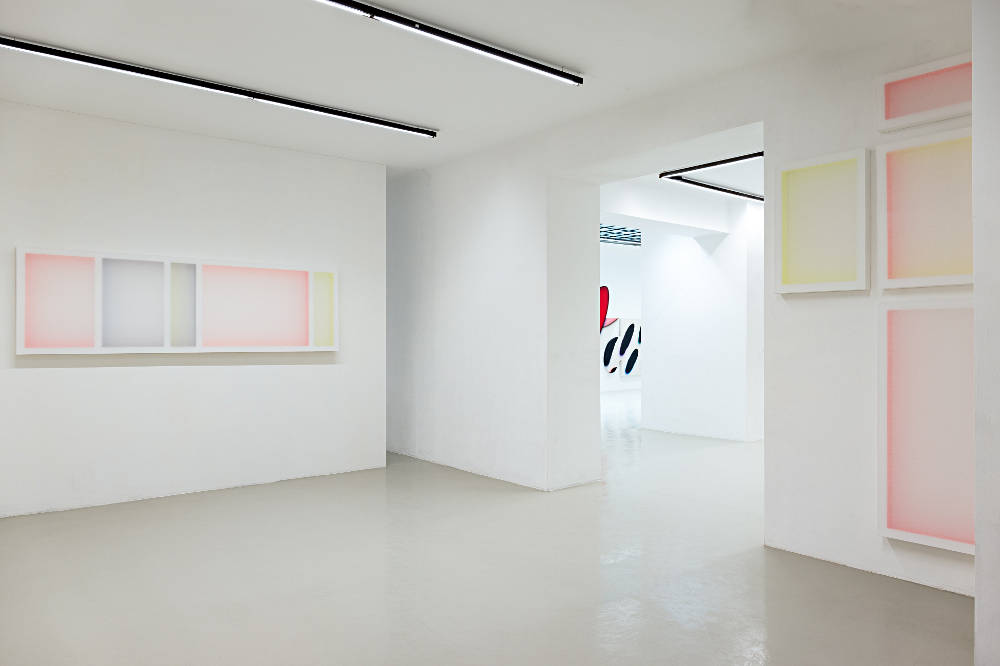 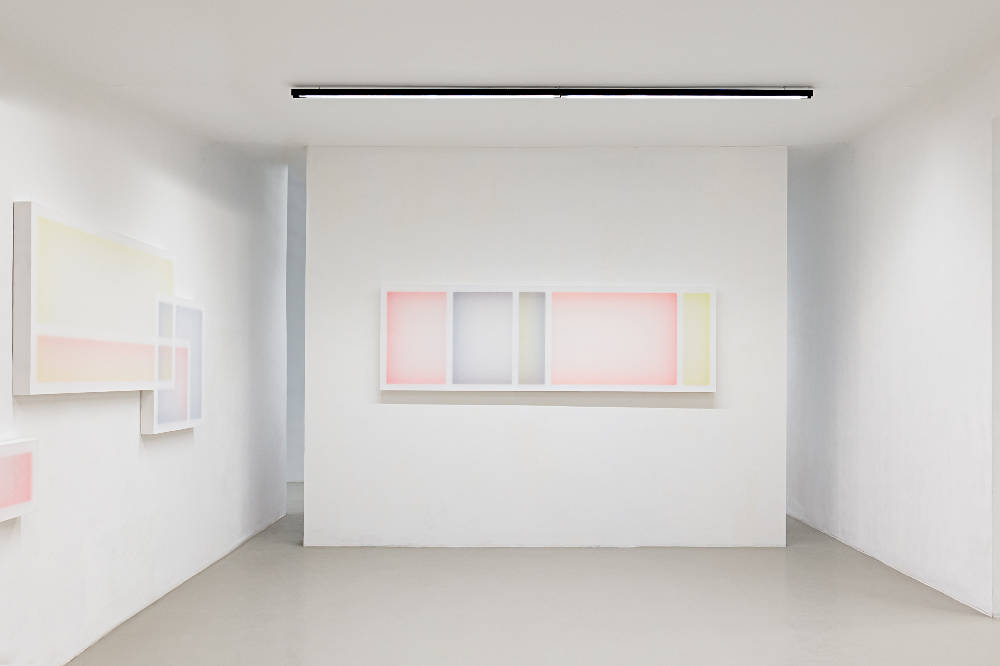 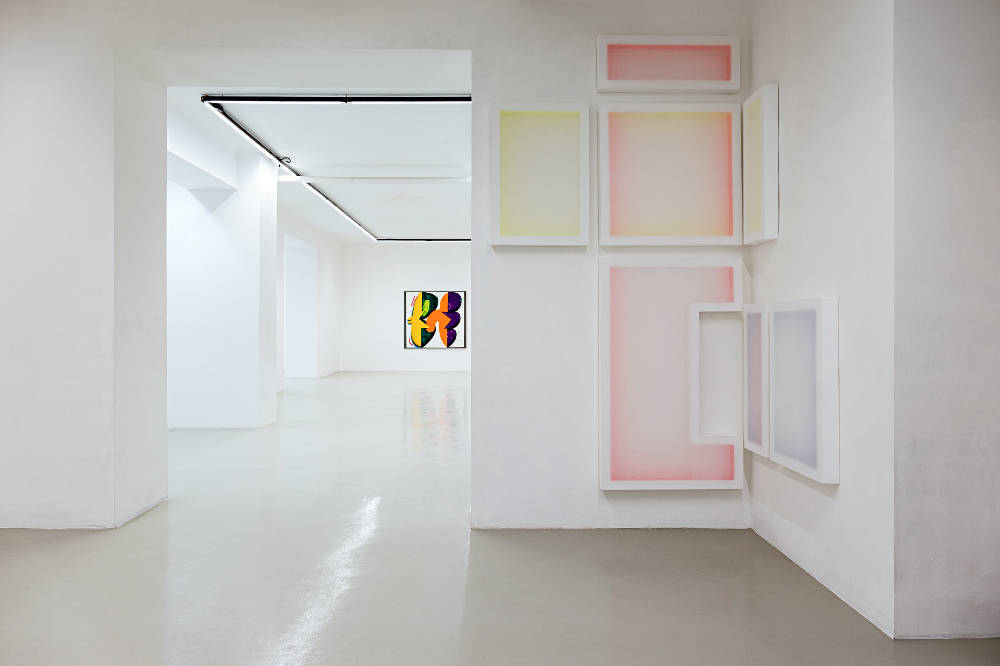 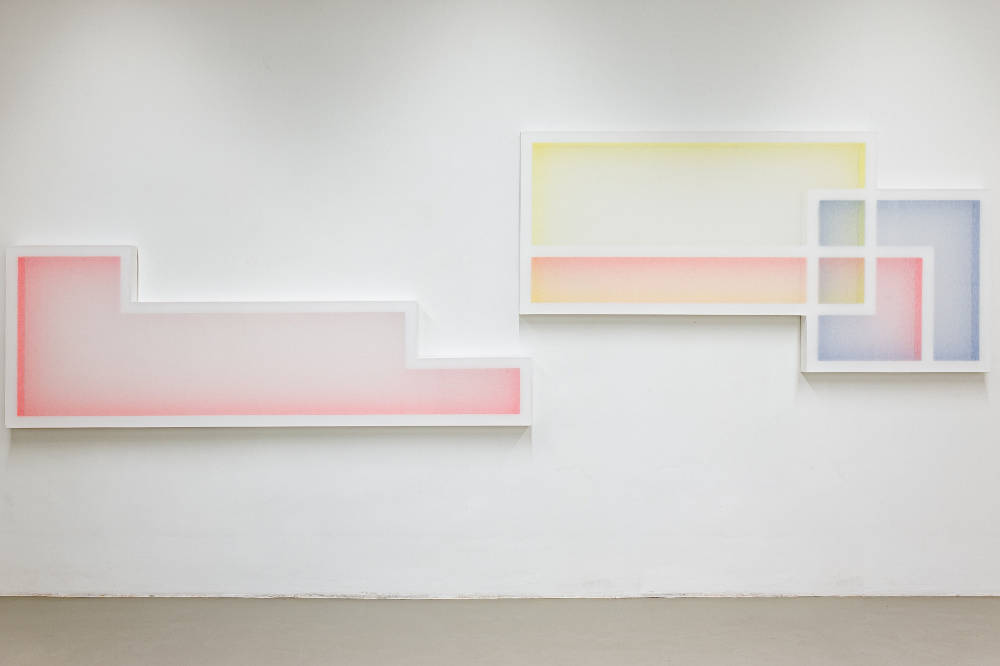 Sandri questions the role and function of the painting and extends it into a three-dimensionality by using the stretcher frame. The construction of the individual stretcher frames is based on a mathematical concept of interlacing and overlapping, followed by the application of color.

The conditions of painting are revealed, the primary colors applied on the wood-constructions mix with each-other, shimmer, reflect and radiate through transparent fabrics onto their background, giving the artist´s works a sculptural character.

Patric Sandri manages to develop non-figurative pictorial objects in a unique way, revealing their meaning through the act of observation.

Recent solo exhibitions include „Between Numbers and Poems“ at Annarumma Gallery, Naples (IT), 2016, „Eight Canvas – One Painting“ at BALTSprojects, Zurich (CH), 2016 and “Interspaces” at Kiosk Tabak, Zurich (CH), 2016.

“Space, light, perspective and the imaging of light through color” that is, so Sandri “simply said, the focus of my work. I am interested in calling into question the basic elements of painting. Thus I use light and color not in terms of illusionistic painting, but as incorporated elements of the artwork”.