Book an appointment to view the exhibition 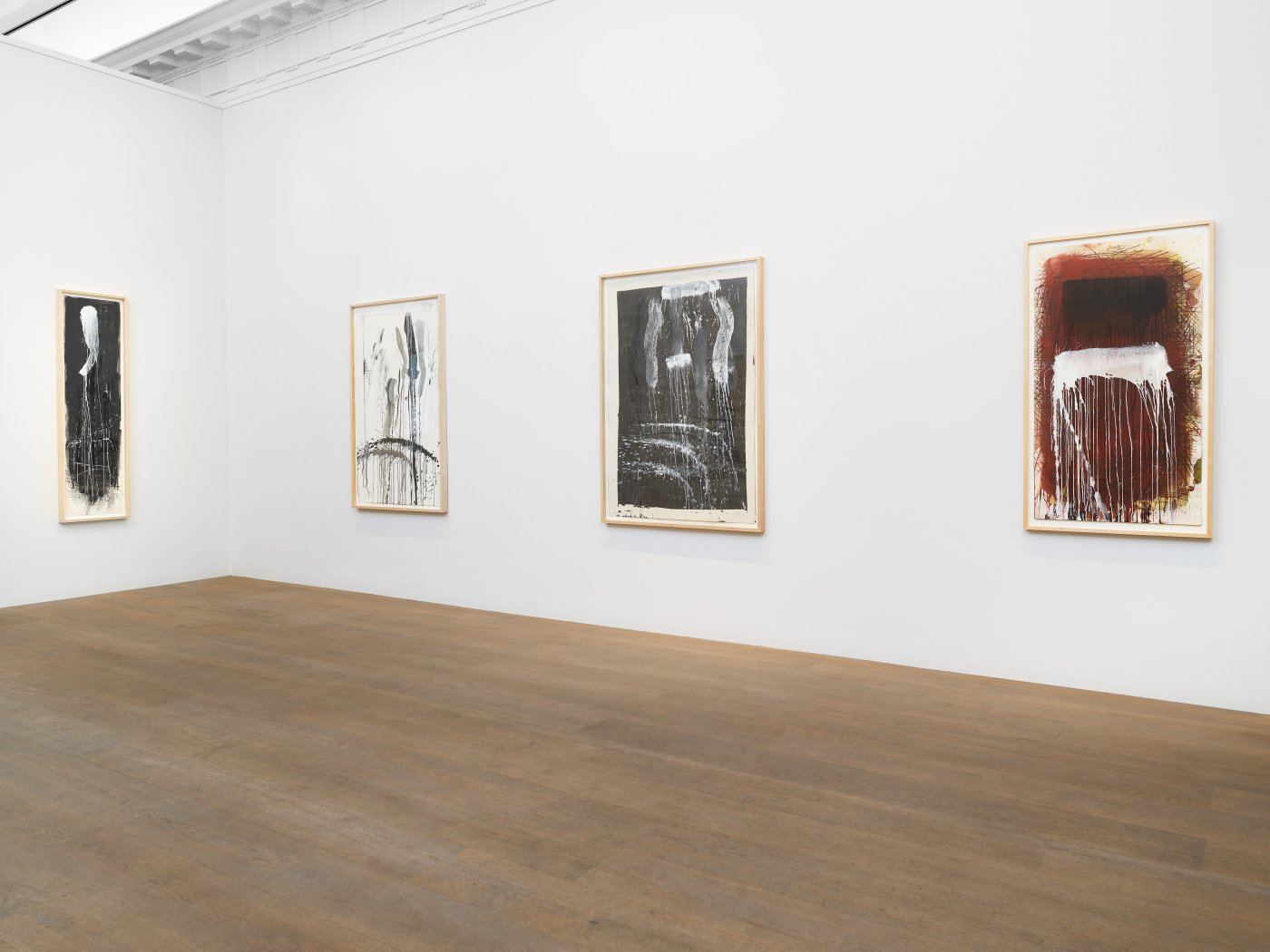 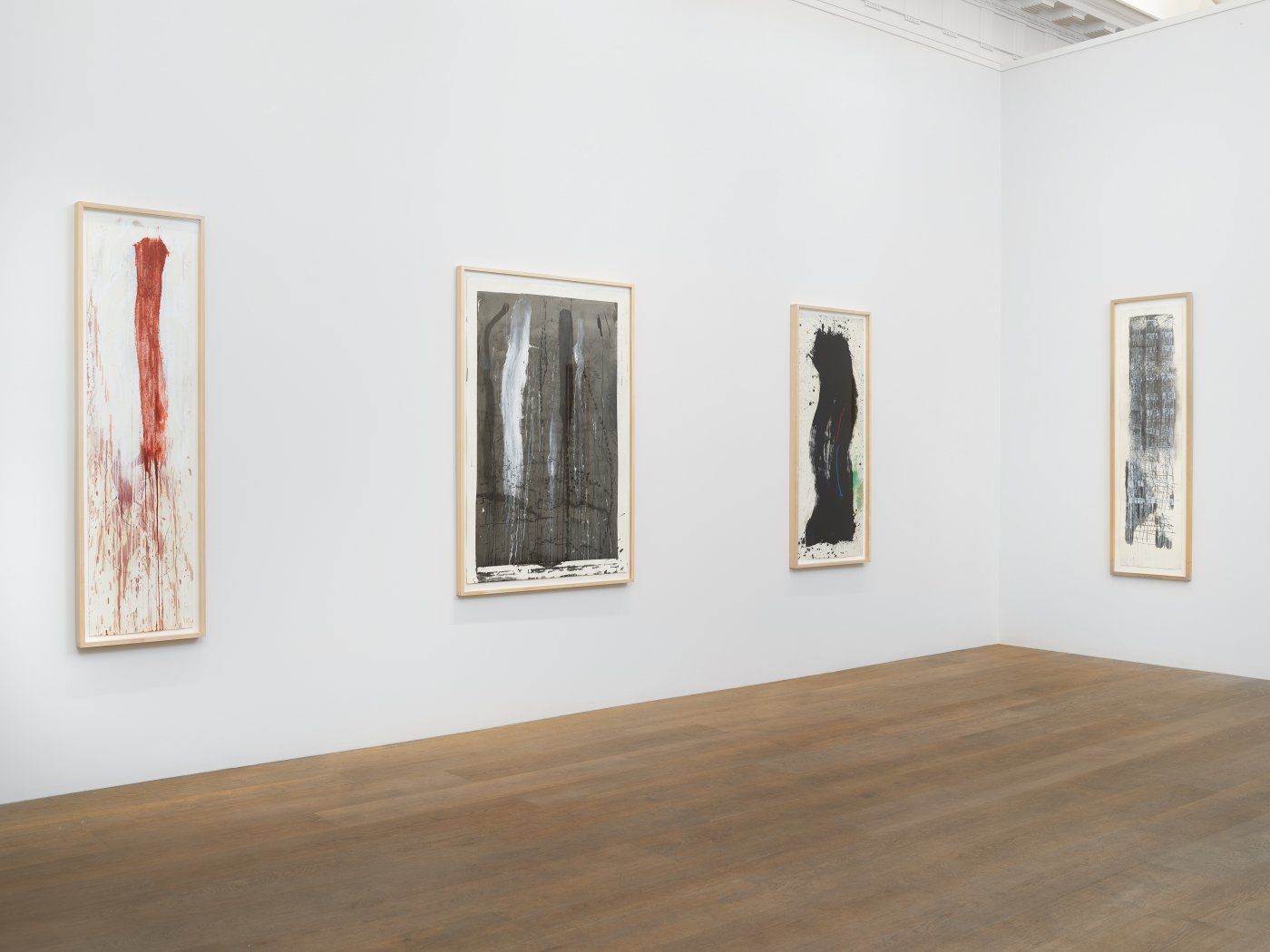 Working on paper has been a quintessential aspect of Steir’s acclaimed practice since the 1970s. The artist has produced drawings and prints alongside her paintings for decades, but has rarely released them from her own collection. When she does so, it is almost always for acquisitions by foremost museums: the Museum of Modern Art in New York is home to more than twenty of Steir’s works on paper. The publication Pat Steir: Drawing Out of Line highlights the artist’s extensive work on paper. Produced in conjunction with Steir’s 2010 survey exhibition at RISD, the catalogue also features illustrated essays by co-curators Susan Harris and Jan Howard.

Together with her careful study of Chinese landscape paintings, Steir’s affinity with Eastern spiritual and philosophical traditions has figured centrally in her conception of the act of painting as a form of meditation, a conscious sharpening of focus that leads to the merging of the artist with the work of art.

Just as the masters of Chinese landscape painting did not consider their images to be representational in the same way that Western artists did, Steir has created her celebrated Waterfall paintings on canvas and paper by flinging or pouring ink, oil, and tempera in such a way that they become as natural as the mountains, trees, rivers, and waterfalls depicted in historical Asian landscape paintings. While her striking gestures and compositional approach come to the fore, Steir, like the Minimalists, insists that her works are never finished; instead, they are passed on to the viewer when she ceases painting as an invitation for further meditation and insight. In this way, the subject of a Waterfall painting is the paint itself: it is both a waterfall and a picture of a waterfall.

Ranging from an intimate scale to dimensions approximating the human body, the Waterfall paintings on paper in Lévy Gorvy’s exhibition date from the early 1990s and mid-2000s. They present an immersive and non-representational but recognizably figurative and architectonic space expressed through organically emerging and dissolving forms. Her works are sites where myriad artistic and spiritual philosophies from across the centuries coalesce into a highly original, powerful body of work.

Brett Gorvy, co-founder, Lévy Gorvy, notes: “What’s so interesting about these works on paper is the complexity of the mark making in them. We think of Pat specifically with her paintings—the pouring process and the layer upon layer build-up of pigment. Here, everything is exposed; you see the infrastructure as Pat works with incredible deftness to create something more controlled, within which there is a lot of spontaneity.“

Also on view will be Francesco Clemente: Watercolors, an exhibition of works by Steir’s contemporary and close friend. Featuring watercolors from the past three decades, including Clemente’s 2020 series Beauty without Witness, the works on view reveal the breadth of his multifaceted vision.