Italian contemporary artist Paolo Canevari is best known for transforming everyday materials and icons into large-scale sculptures that confront his audience with stark, political and philosophical commentary. Throughout his career, Canevari has worked in a variety of media, most notably tyres and inner tubes, painting, drawing, performance, animation and film. 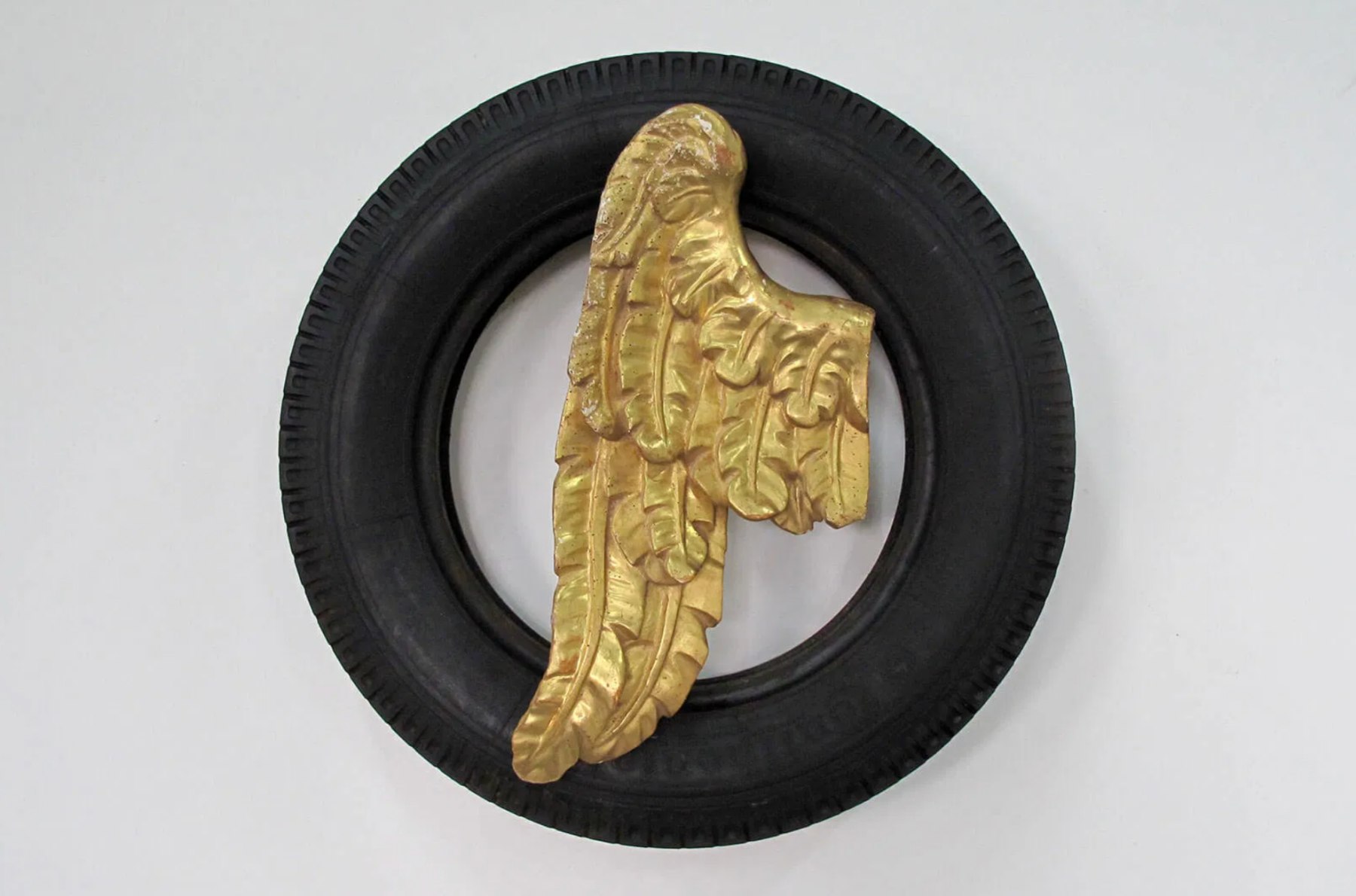 The provocative nature of the artists’ works, and his active role within art world in New York, where he lived and worked for many years, have kept Canevari in the spotlight of both the American and Italian contemporary art scenes.

Cardi Gallery is proud to present the first major solo show of Canevari’s work in the UK, an extensive survey exploring thirty years of the artist’s practice, the culmination of a decade-long collaboration with the gallery. A museum-scale exhibition occupying four floors at Cardi London in Mayfair, ‘Self-portrait / Autoritratto’ brings together over 30 works including sculptures, drawings and installation that range from the artist’s notorious 1990s rubber sculptures to his most current series ‘Monuments of the Memory: Landscapes’ and ‘Constellations’. Many of the works are shown here for the first time.

‘Self-portrait / Autoritratto’ aims to illustrate Canevari’s worldview through the artist’s deeply introspective creative process. It brings to the fore not only a reflection on the self but also, in the artist’s words “…a political reading of making art, intended to measure what Pasolini had defined “the injustice of the world”. “Art is a democratic, progressive force, so it should ideally serve society, not the powers that be. In my work, the use of icons, symbols, and forms from various cultures is a way of drawing attention to their true meaning, tied to dogmas or other forms of power; they’re a way to open up a dialogue with the viewer and stimulate a reaction. […] The “political” character of my work is just one of many possible interpretations of what I do.” “What I wish to express is a radical, subversive attitude towards art and the idea of art as it has been conceived and conveyed by globalised consumeristic society, therefore raising the level of moral and ethical perception of the world.”

The ambiguity of Canevari’s artworks, suspended in their brutalist aesthetic between irony and disquiet, is a successful result of both conceptual and formal transformation of industrial materials. Oil and its applications (synthetic rubber, exhaust motor oil, etc) are at the heart of his vocabulary; in his hands they become ambiguous symbols of the systemic violence that permeates today’s declining world, where the threat of war – whether in the name of spiritual or monetary values – is constant and humankind’s memory is tragically too short.

“To me, an artwork is profoundly important when it does not recoil into a one- way structure – whether ideological or technical – but when it opens up to different perspectives for the viewer, therefore broadening their thought.” Paolo Canevari

The exhibition is accompanied by a catalogue with an essay by the eminent American curator Robert Storr; an interview with Iranian artist Shirin Neshat and a homageto Canevari by the acclaimed Italian novelist Andrea Camilleri. A series of artist talks, and exhibition tours will be held in conjunction with the show.

Paolo Canevari
Paolo Canevari was born in Rome in 1963, a third-generation artist in his family. Since his first solo show in 1991, in which he started using car tubes and tyres, Canevari has developed a personal language aimed at revisiting the everyday and the most intimate aspects of memory. Over the years, and through the employment of a variety of media and techniques, from animation to large-format drawings, videos and installations, his projects have taken on a strong conceptual connotation. Focusing on the use of symbols, icons and images that are part of the collective memory, his works often invite viewers into a direct confrontation.