The MEP is pleased to present the work of the young Congolese photographer Pamela Tulizo, winner of the third edition of the Dior Photography and Visual Arts Award for Young Talents in 2020. 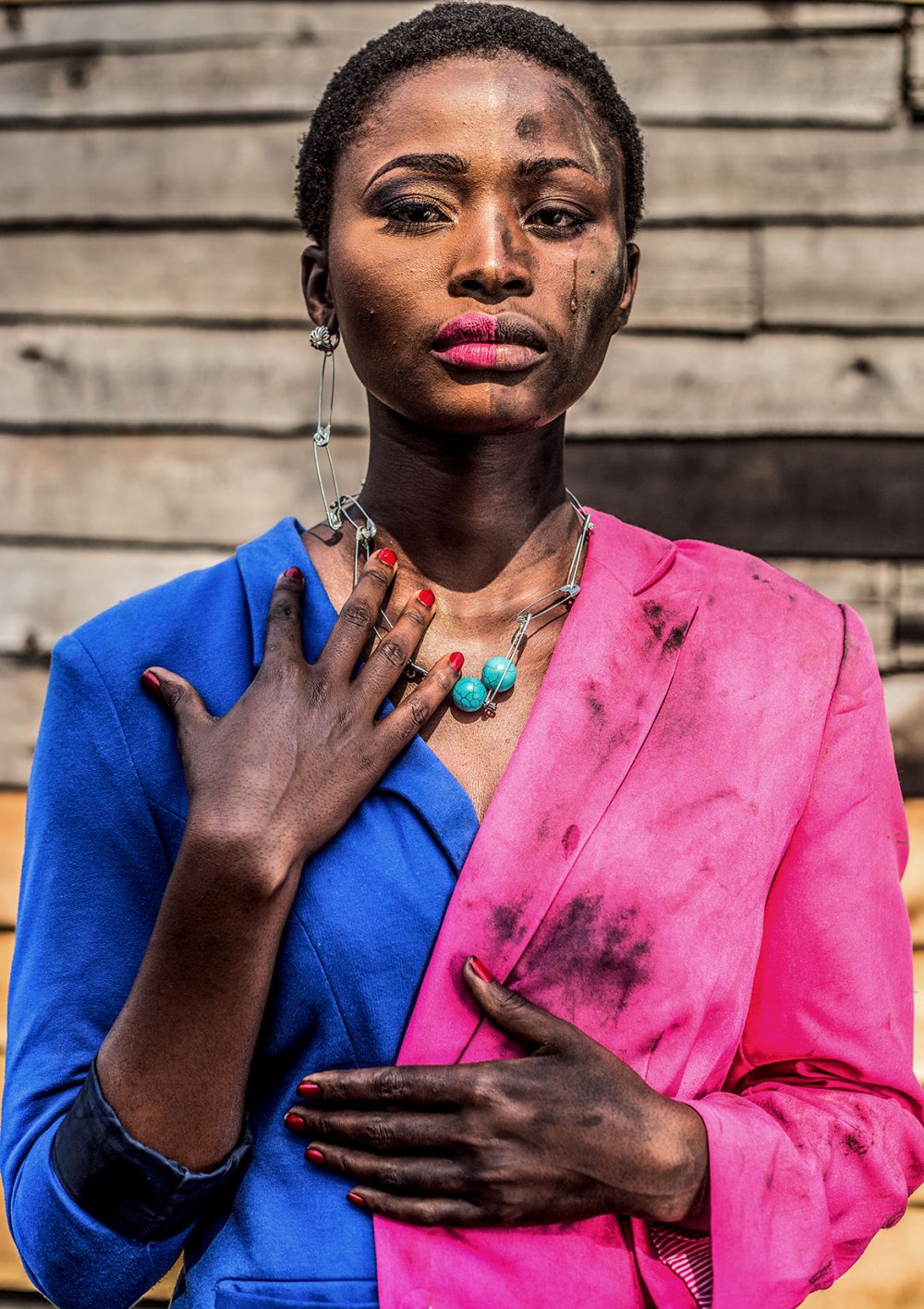 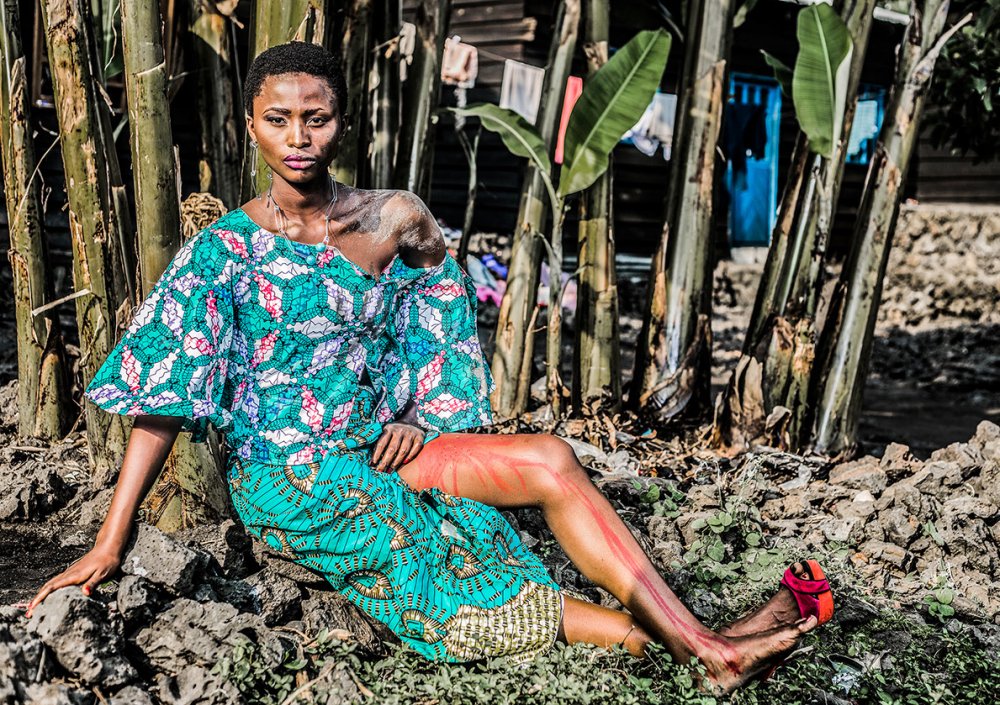 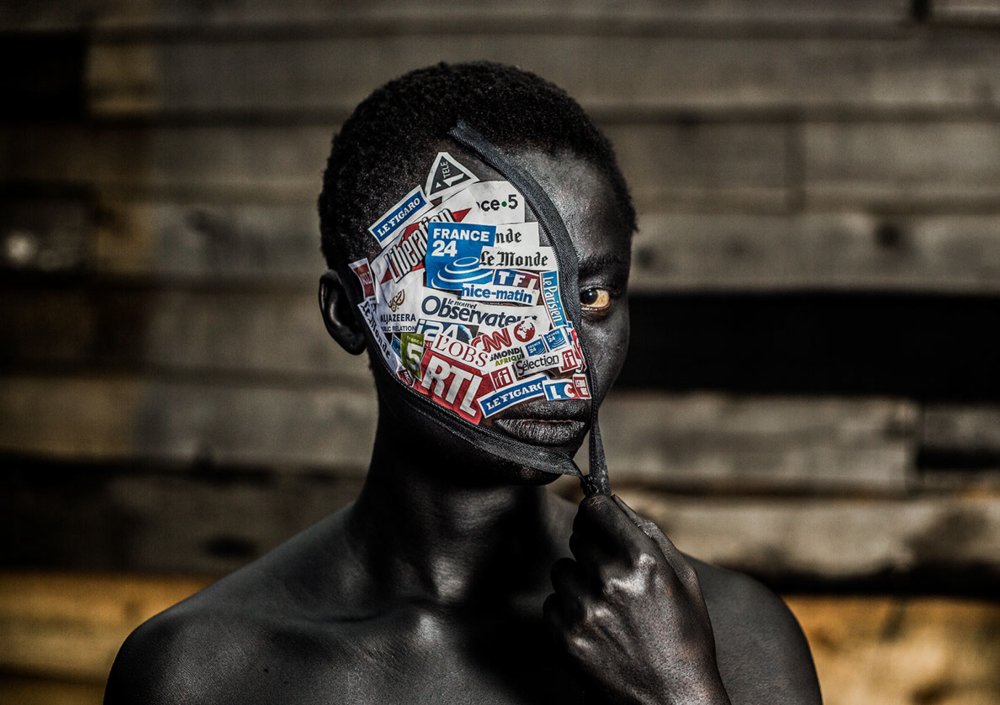 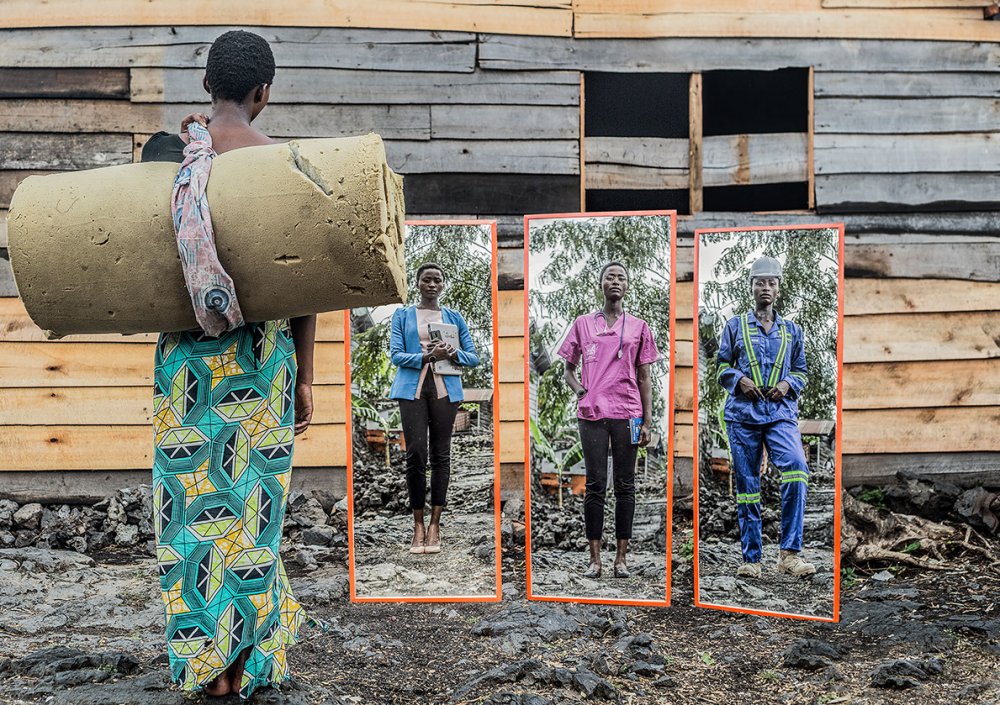 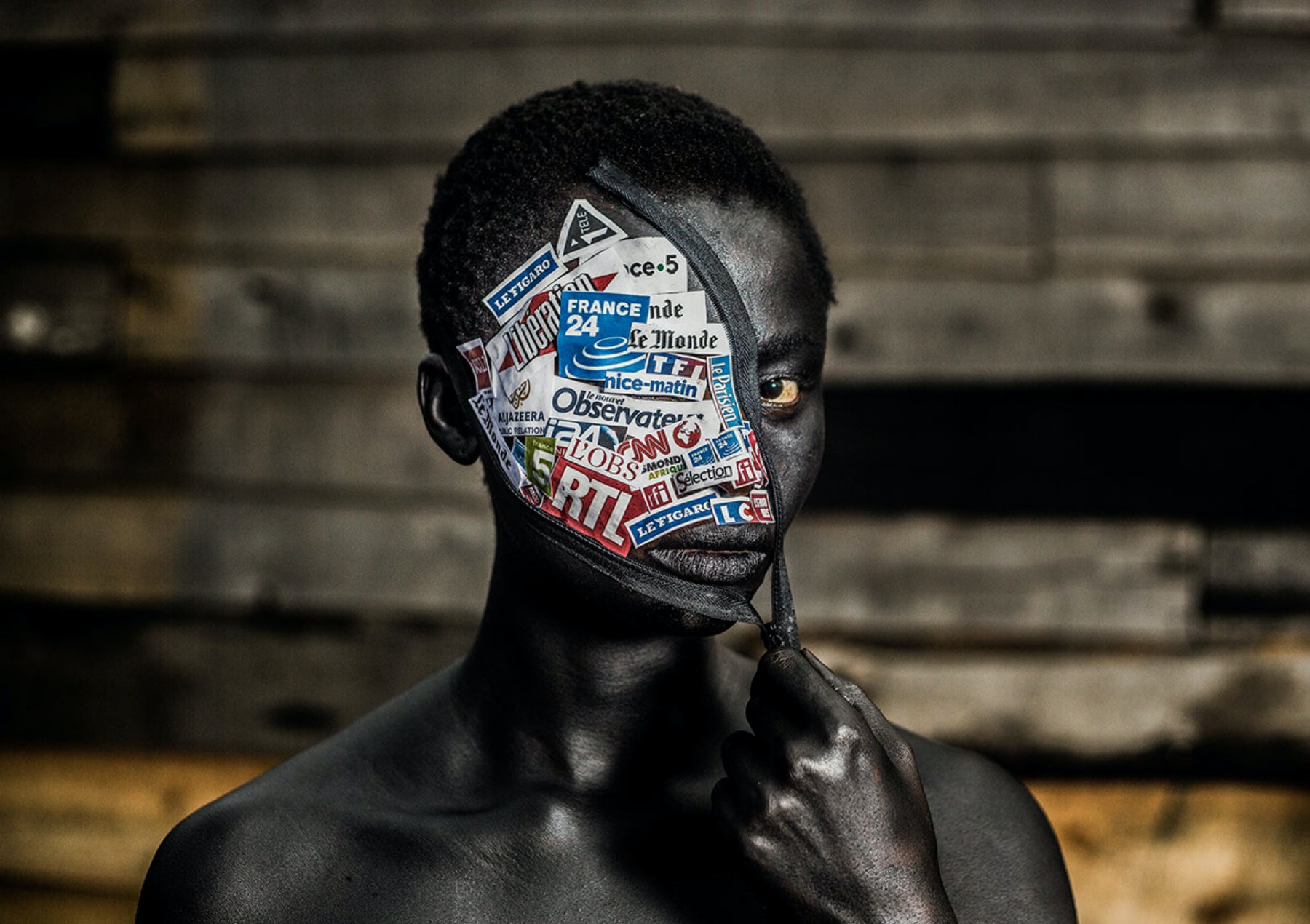 Born in the Democratic Republic of Congo in 1993, Pamela Tulizo grew up in Goma in the war-torn North Kivu province, where armed conflicts have led to alarming levels of violence against women. Working with the theme “Face to Face”, Pamela Tulizo opposes the negative, victimized image of Congolese women depicted in the international press with a hopeful representation that highlights their vitality and resilience.

In her series “Double Identity”, Pamela Tulizo presents thirteen portraits of a Congolese woman split between her identity and the role she is given by the media. Playing with mirrors and reflections, the artist composes a plural, dialectical perspective, using avatars whose roles are imbued with disparate connotations. In turna doctor or foreman, elegant and self-possessed or modestly dressed and laden with bundles, these mises-en-scène explore the richness and conflict of identity in African woman.

Trained as a journalist, Pamela Tulizo distances herself here from documentary photography, using the codes of fashion photography – clothes, accessories, makeup,colour – to create a narrative that “has little to do with the beauty we see on television or in magazines,” she says, instead seeking “to reveal the inner beauty and power” of the women around her.

A graduate of the Market Photo Workshop in Johannesburg, not unlike the South African photographer Zanele Muholi, and trained by the Congolese artist Martin Lukongo, Pamela Tulizo employs the freedomof expression afforded by photography – which in her culture is most often reserved for men – to create socially engaged work that highlights the force of the Kivu women fighting for their rights and striving to conquer inequality.

Born in Bukavu (Democratic Republic of Congo) in 1993, Pamela Tulizo grew up in Goma, where she lives and works. She started her career as a broadcast journalist in television and radio for Radio France International in Goma before becoming a photographer. Despite the strong objections of her father, who was convinced that photography was an exclusively “male” occupation, she began her training and was awarded a scholarship at the Market Photo Workshop in Johannesburg, South Africa; graduating in 2019. Her work focuses primarily on the issue of female identity.

The Dior Photography and Visual Arts Award for Young Talents, which encourages young artists who have graduated from the world’s most prestigious art and photography schools, is organised in collaboration with Luma Arles and the Ecole Nationale Supérieure de la Photographie in Arles (ENSP).