Pamela Phatsimo Sunstrum: I have withheld much more than I have written

Pamela Phatsimo Sunstrum: I have withheld much more than I have written

528 West 26th Street, NY 10001 Pamela Phatsimo Sunstrum: I have withheld much more than I have written 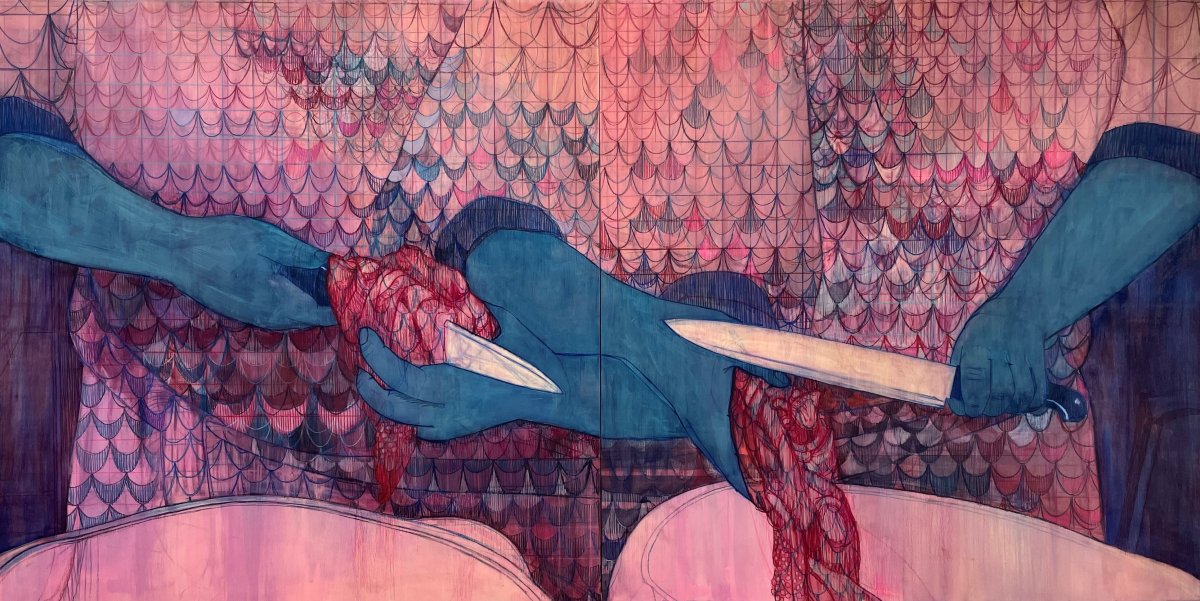 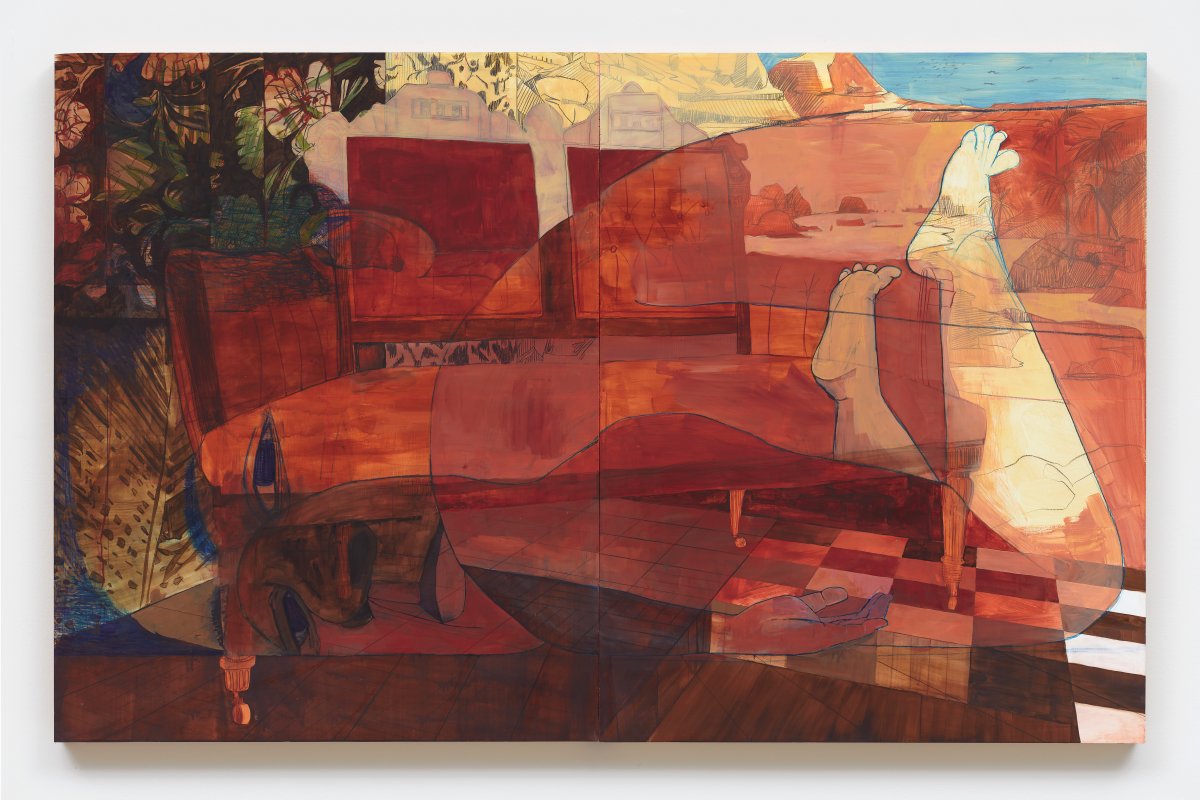 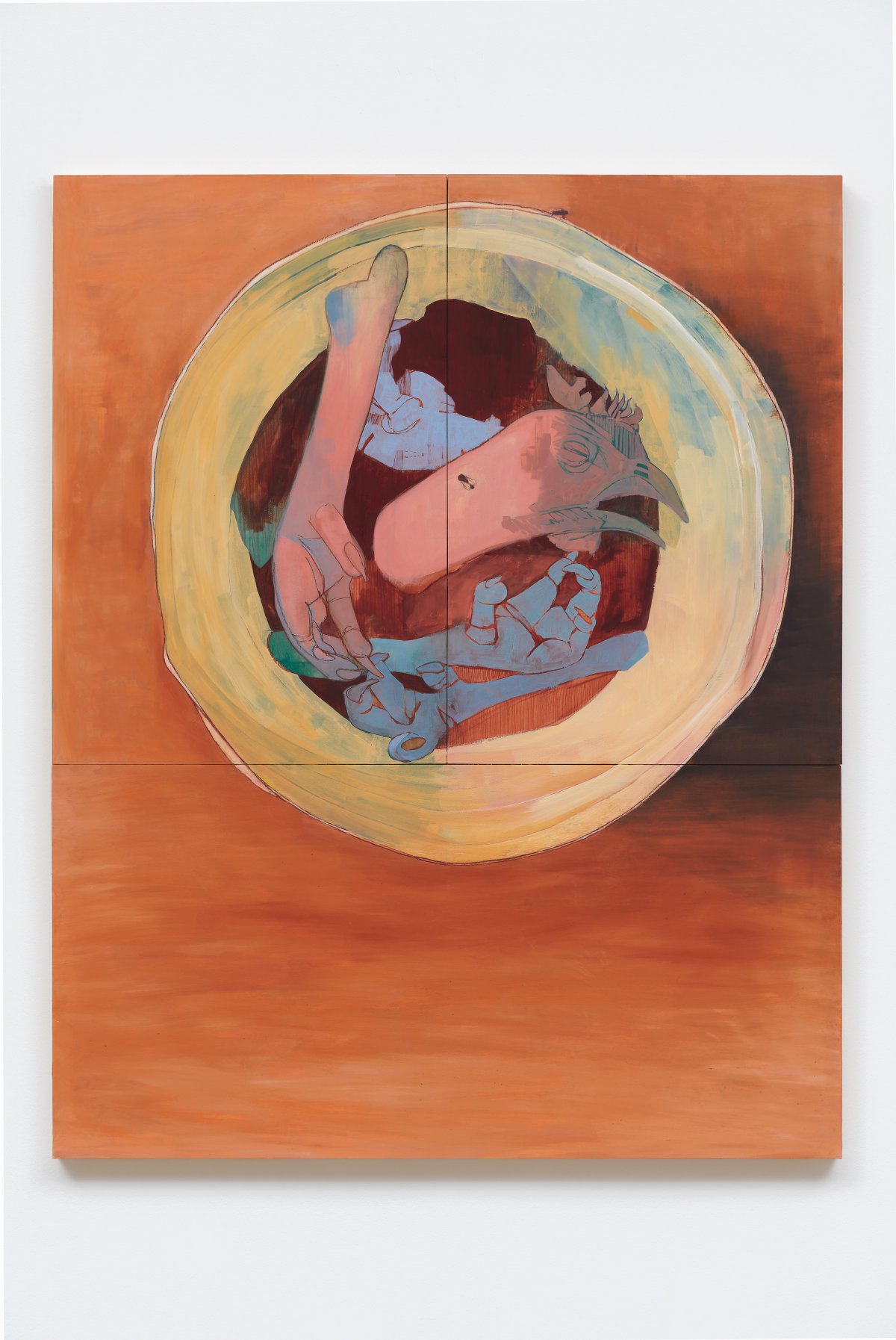 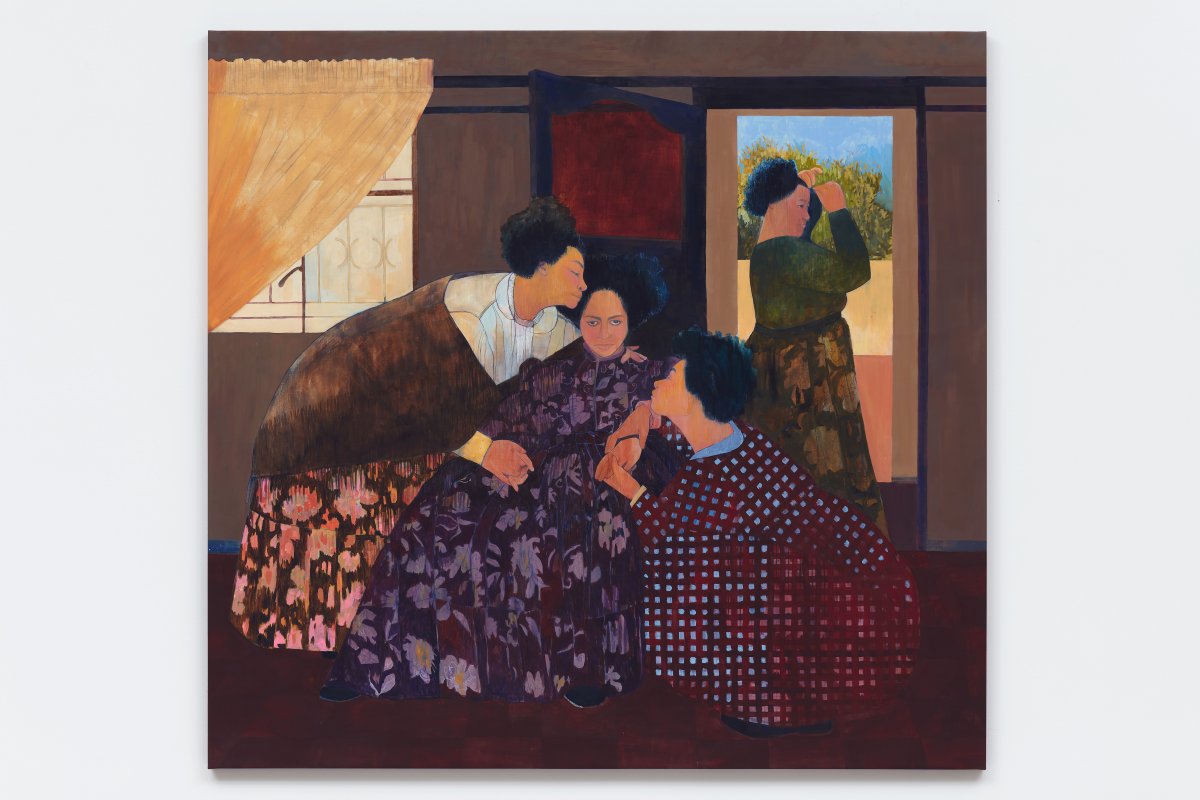 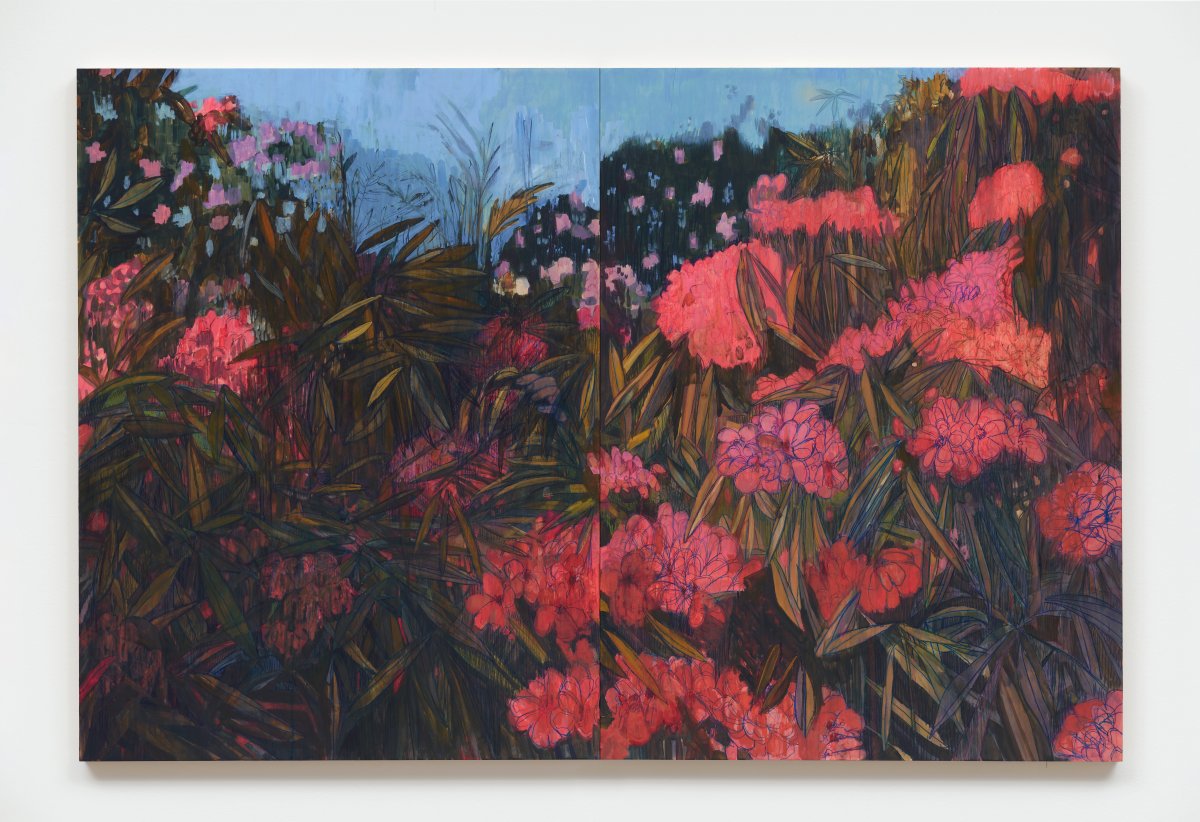 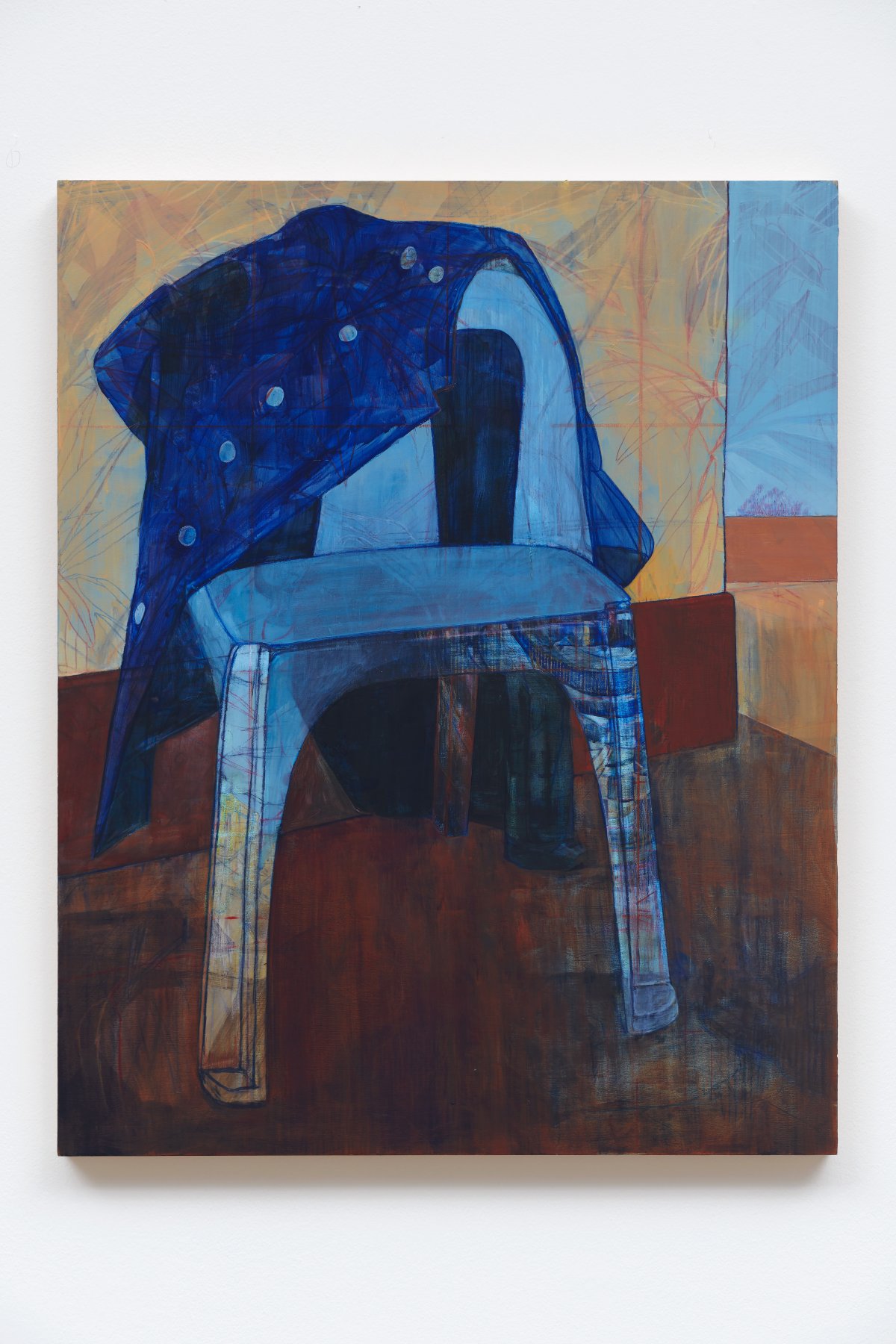 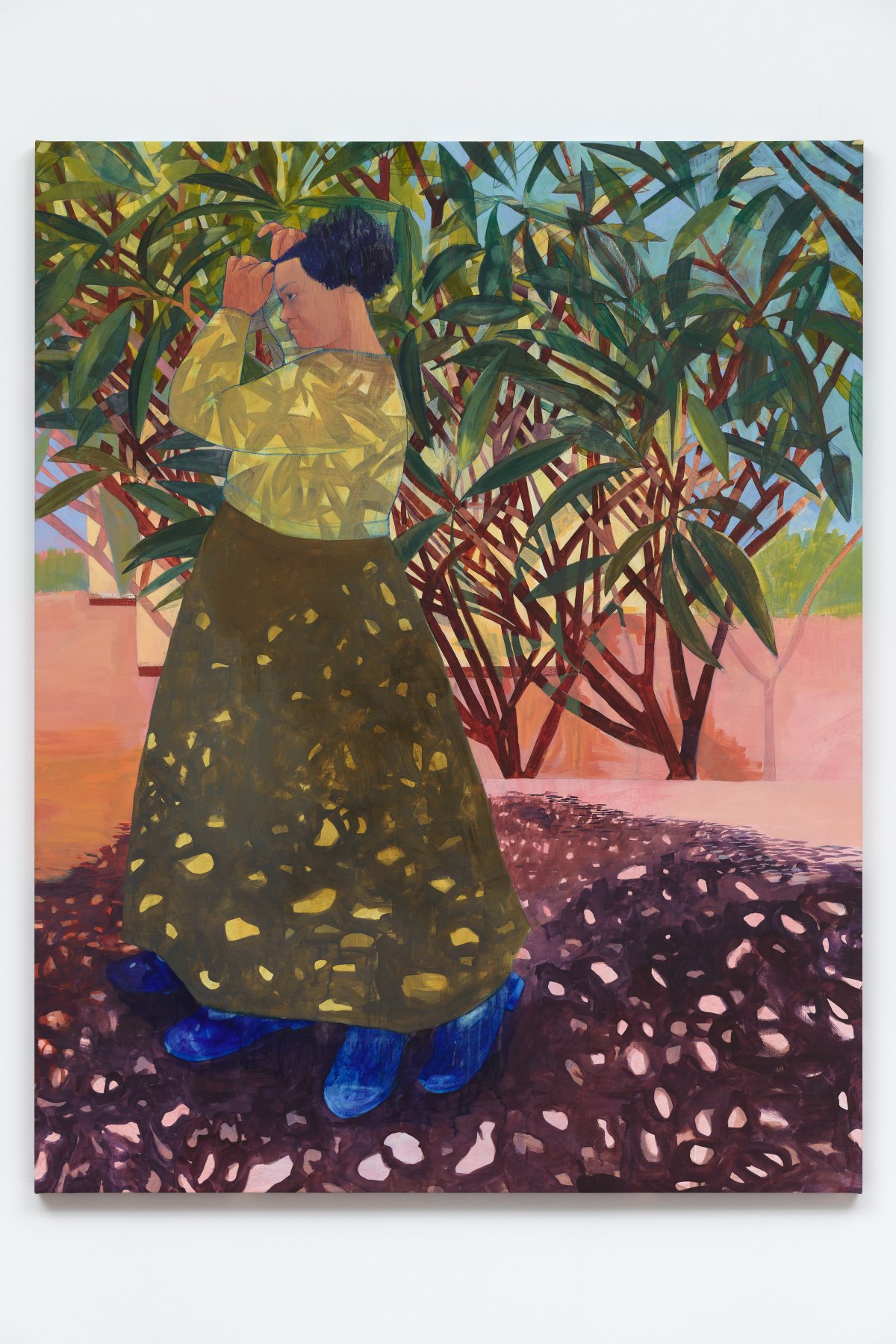 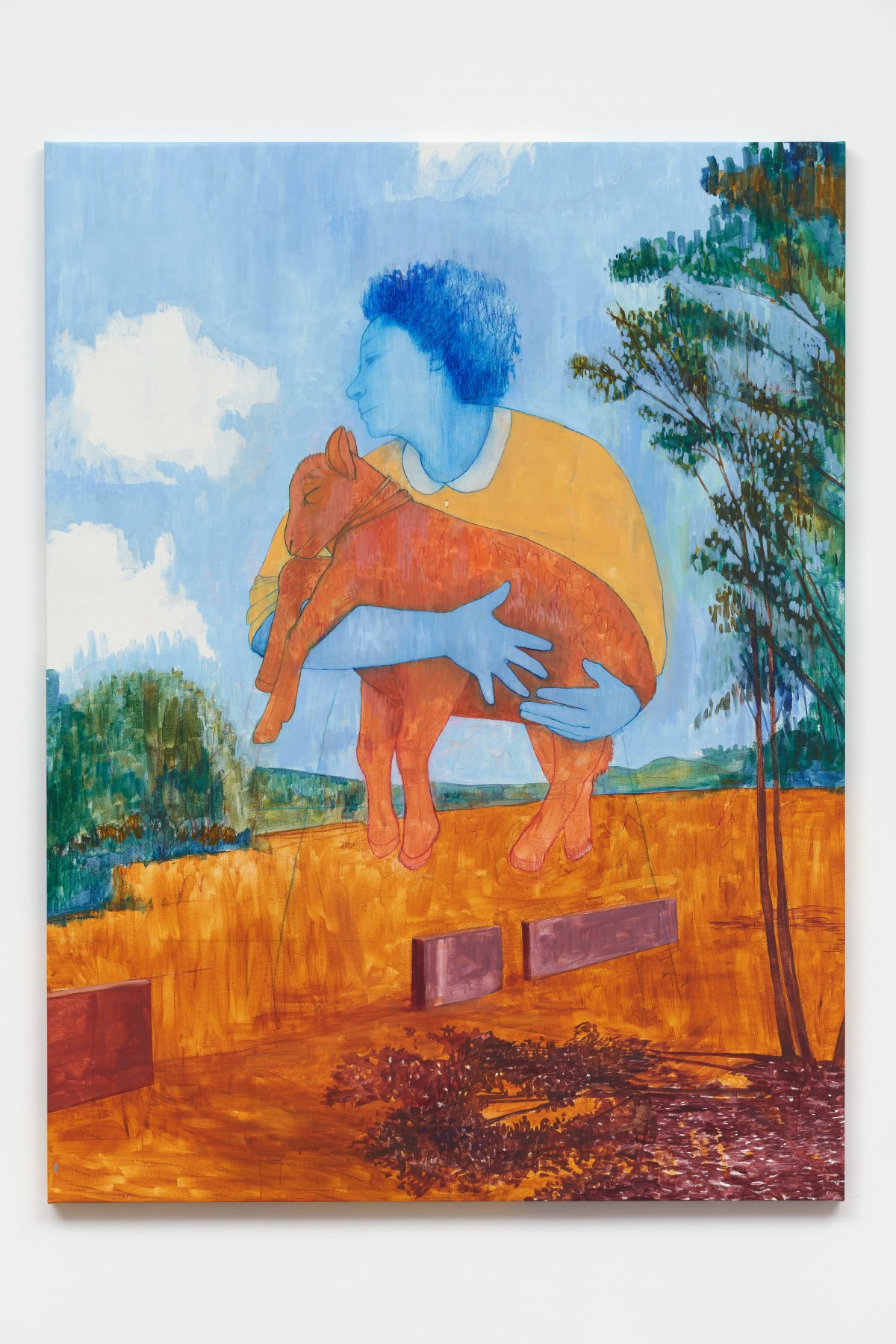 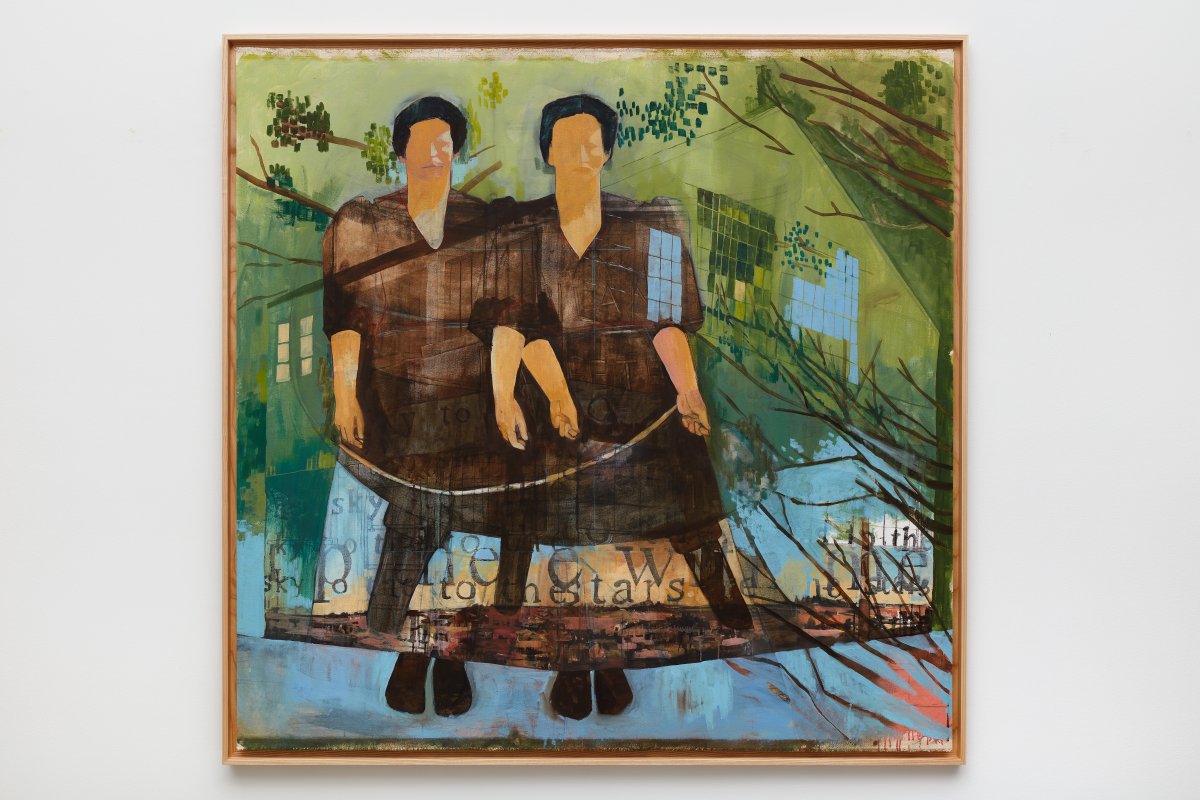 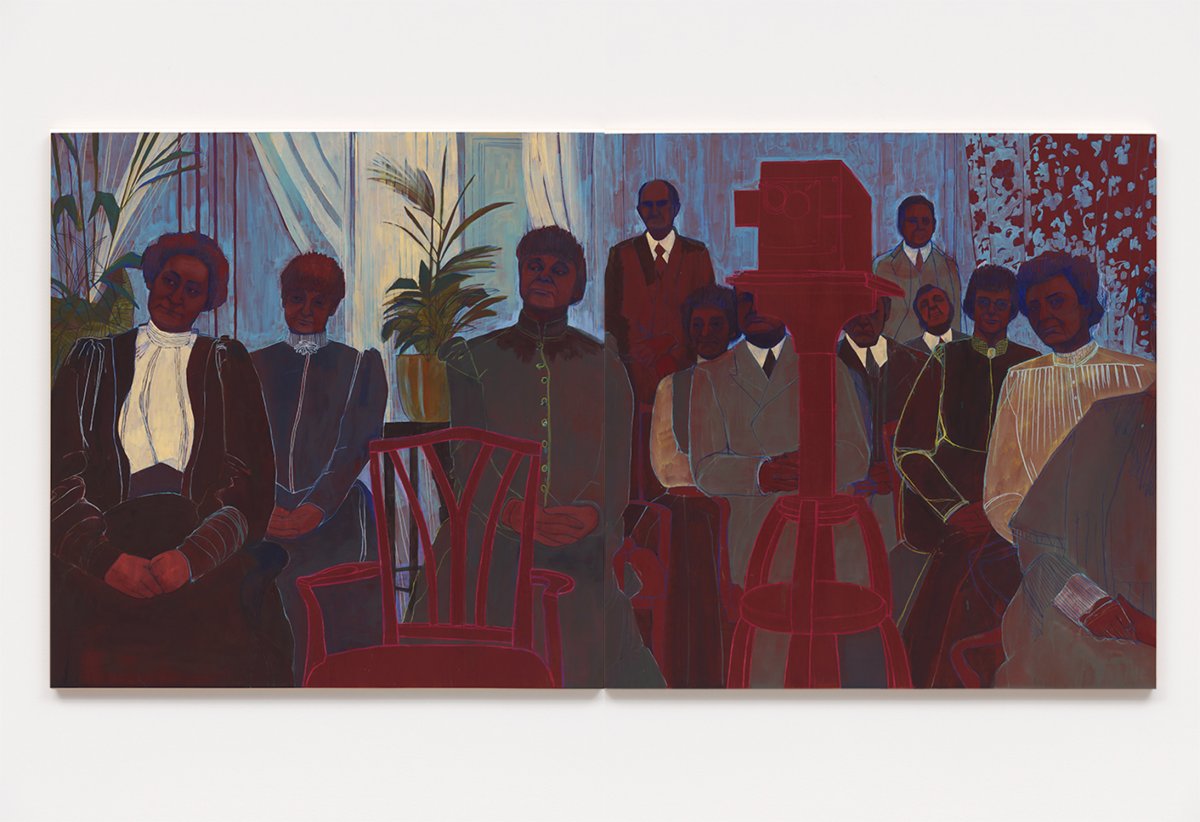 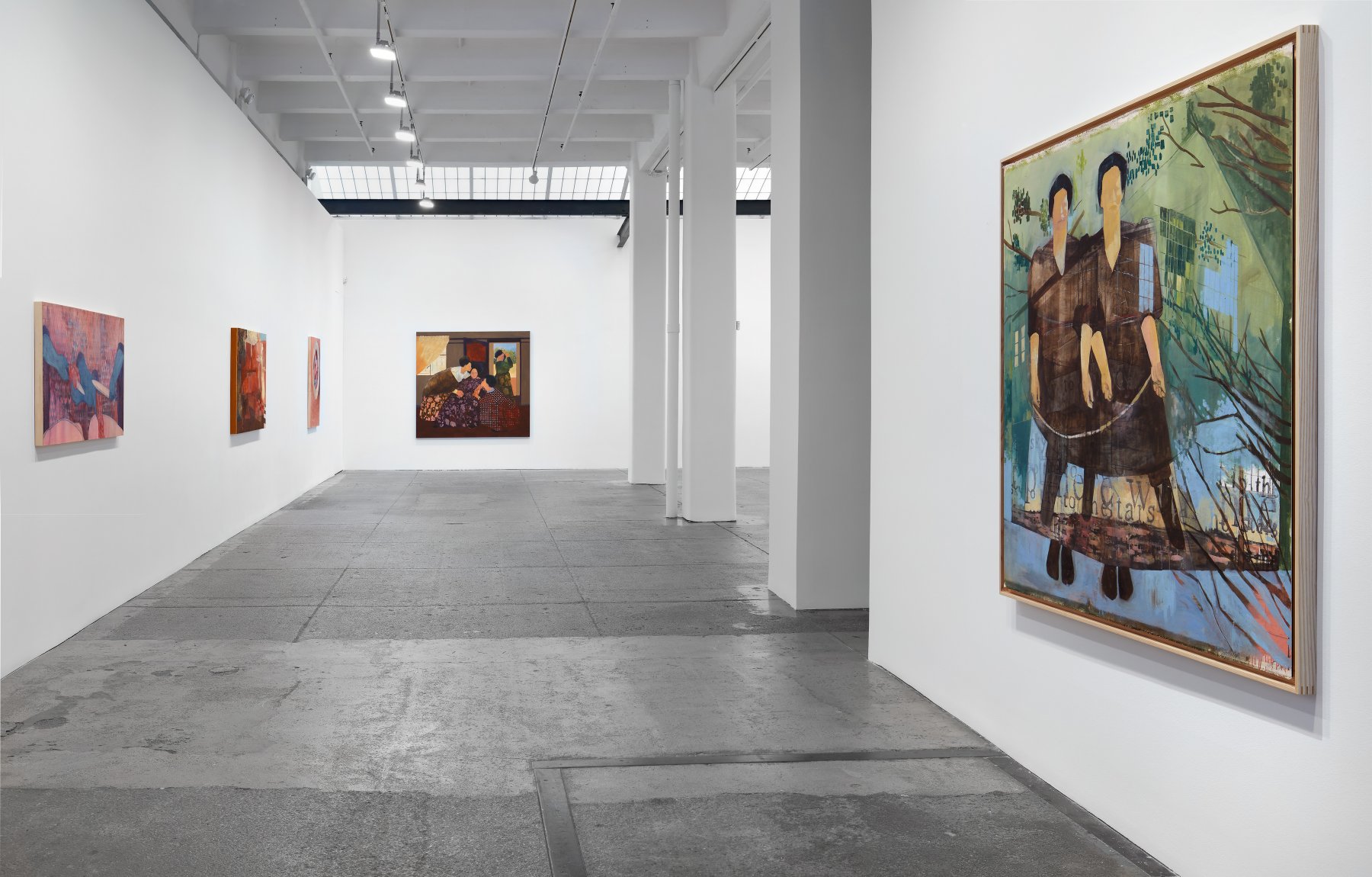 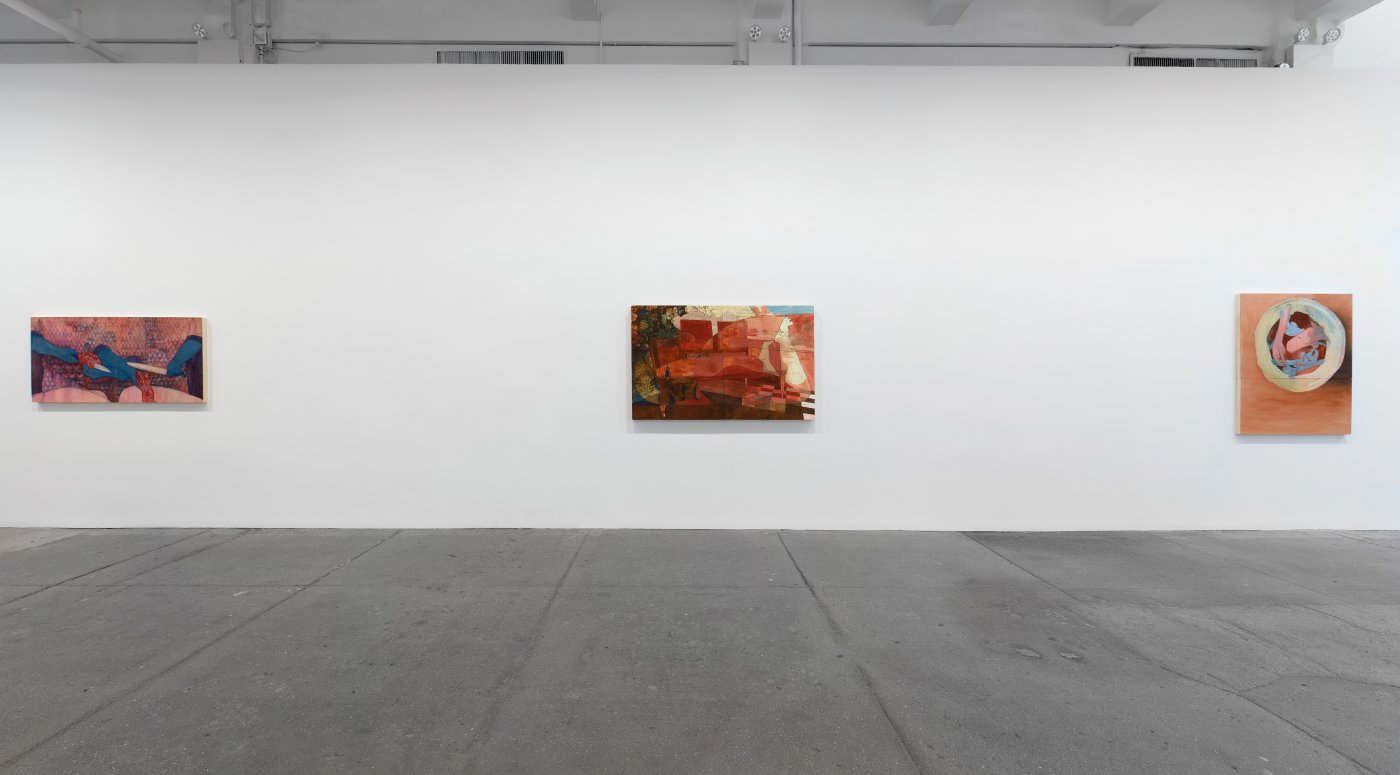 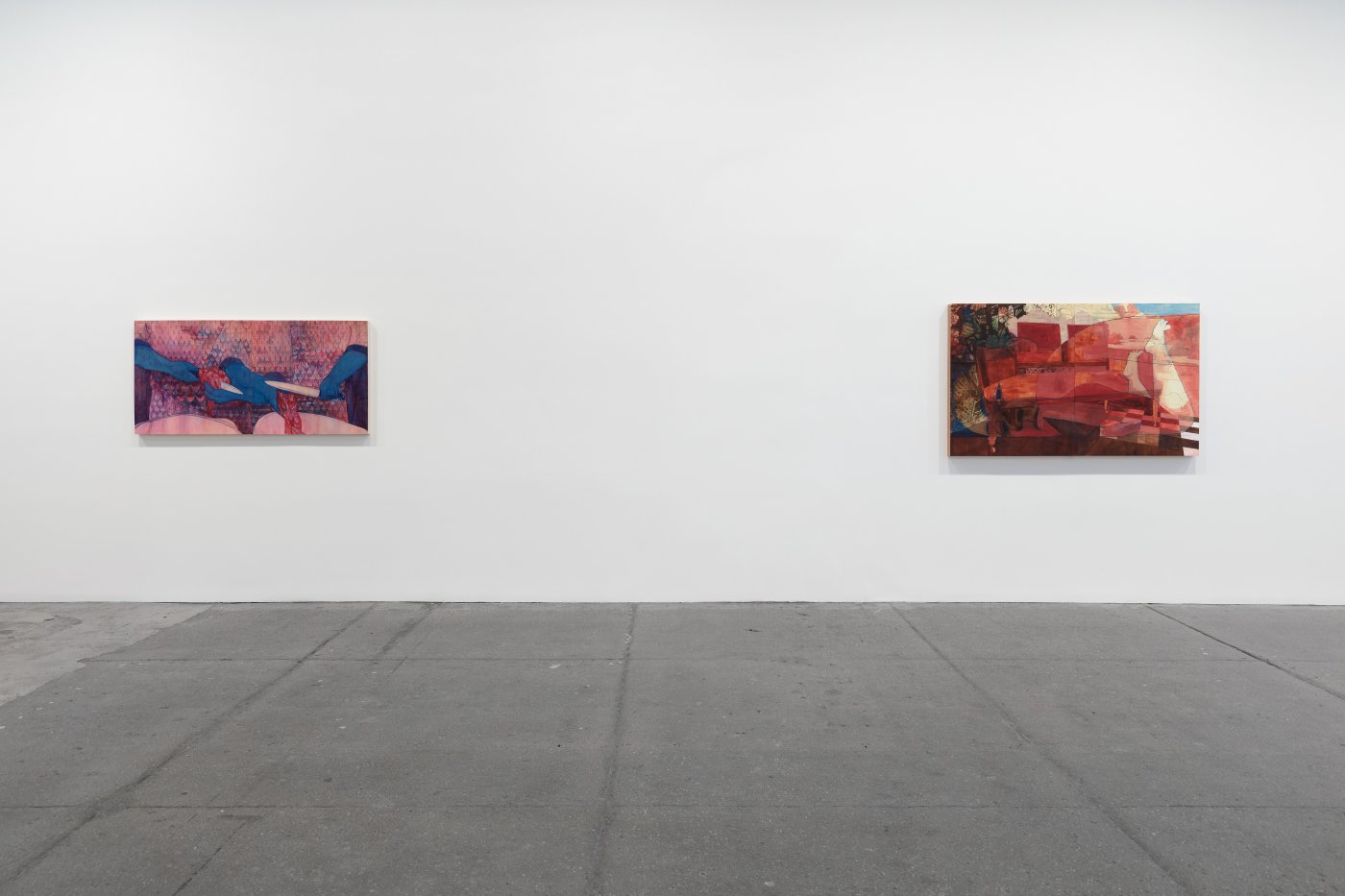 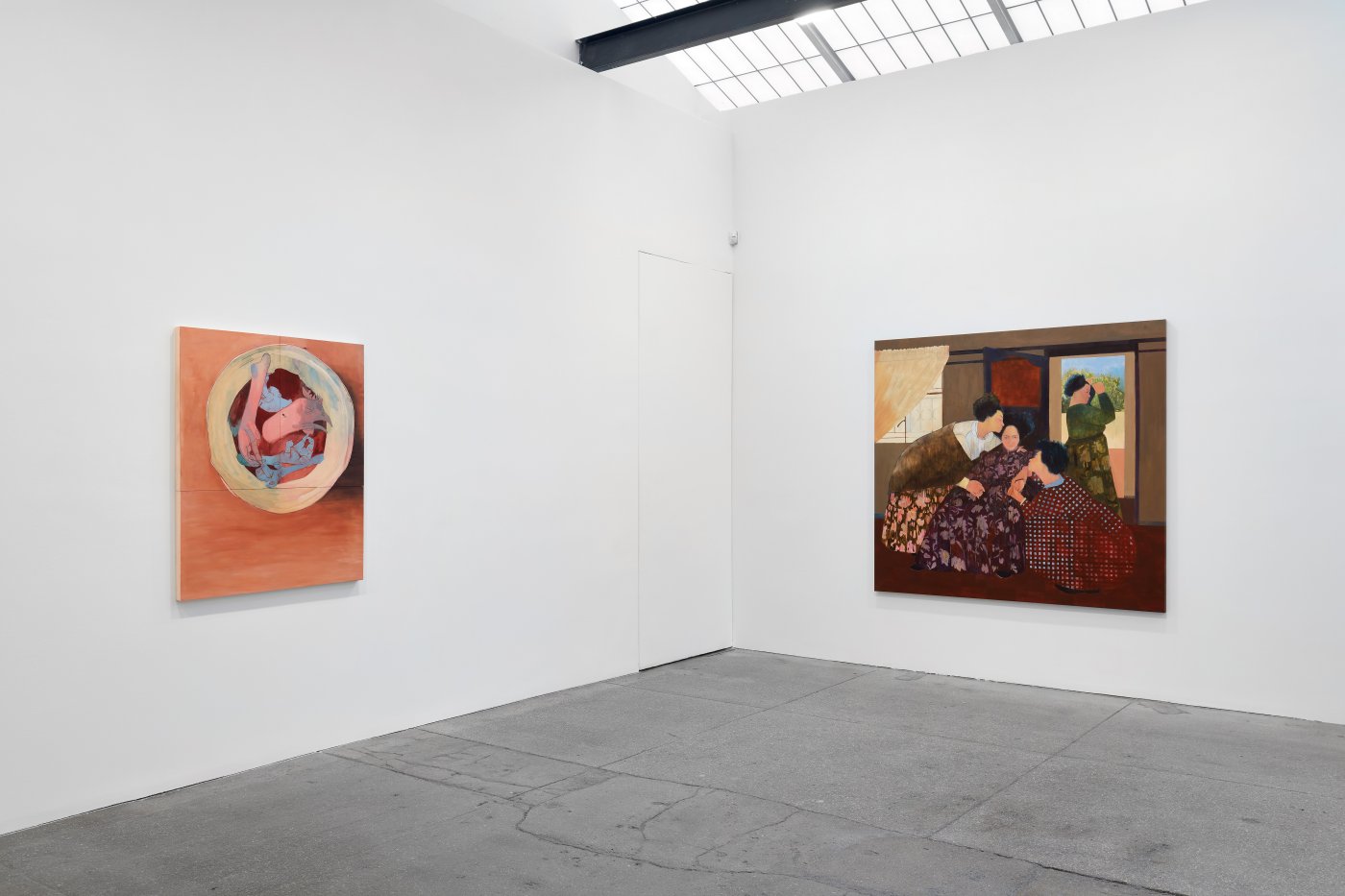 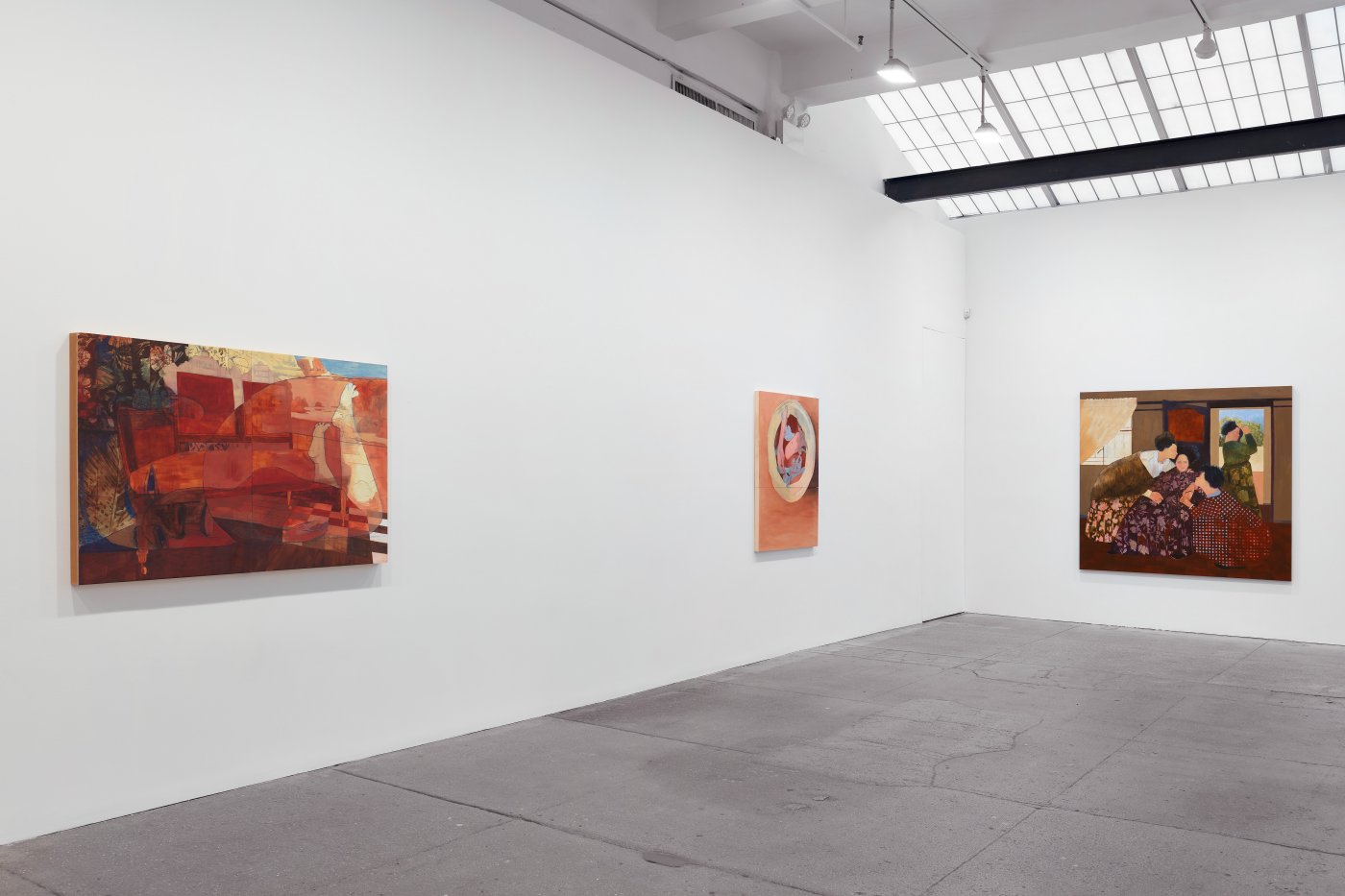 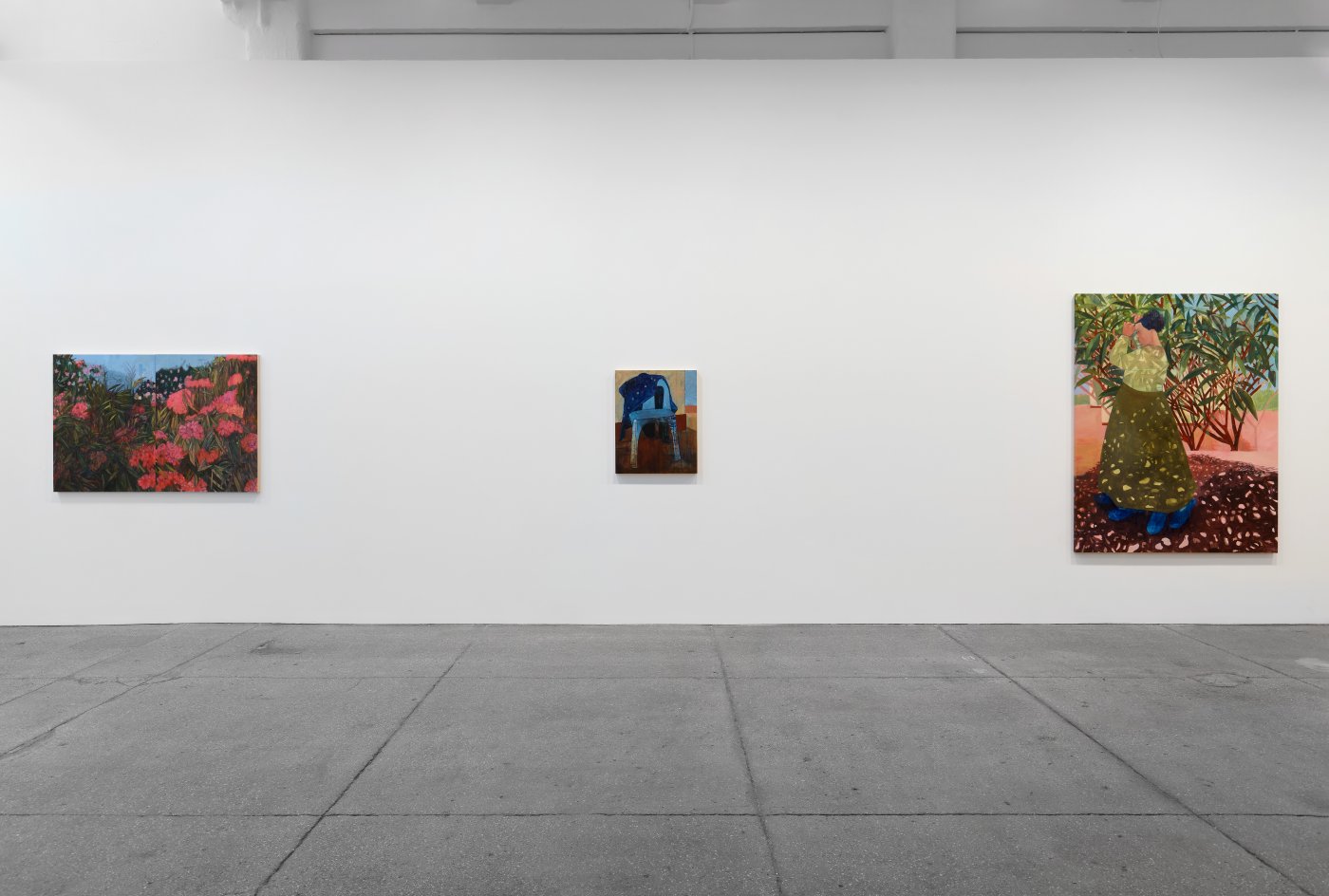 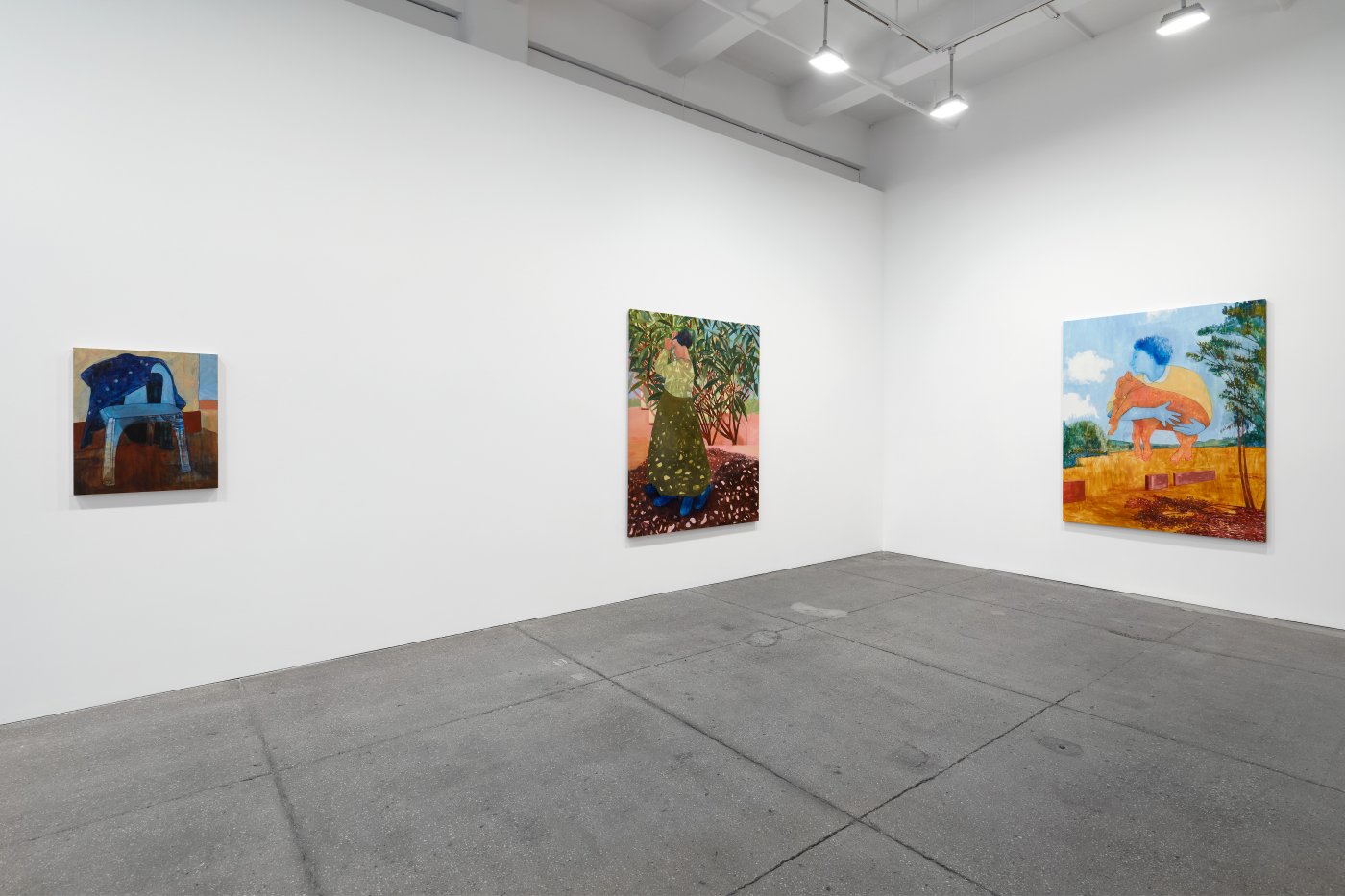 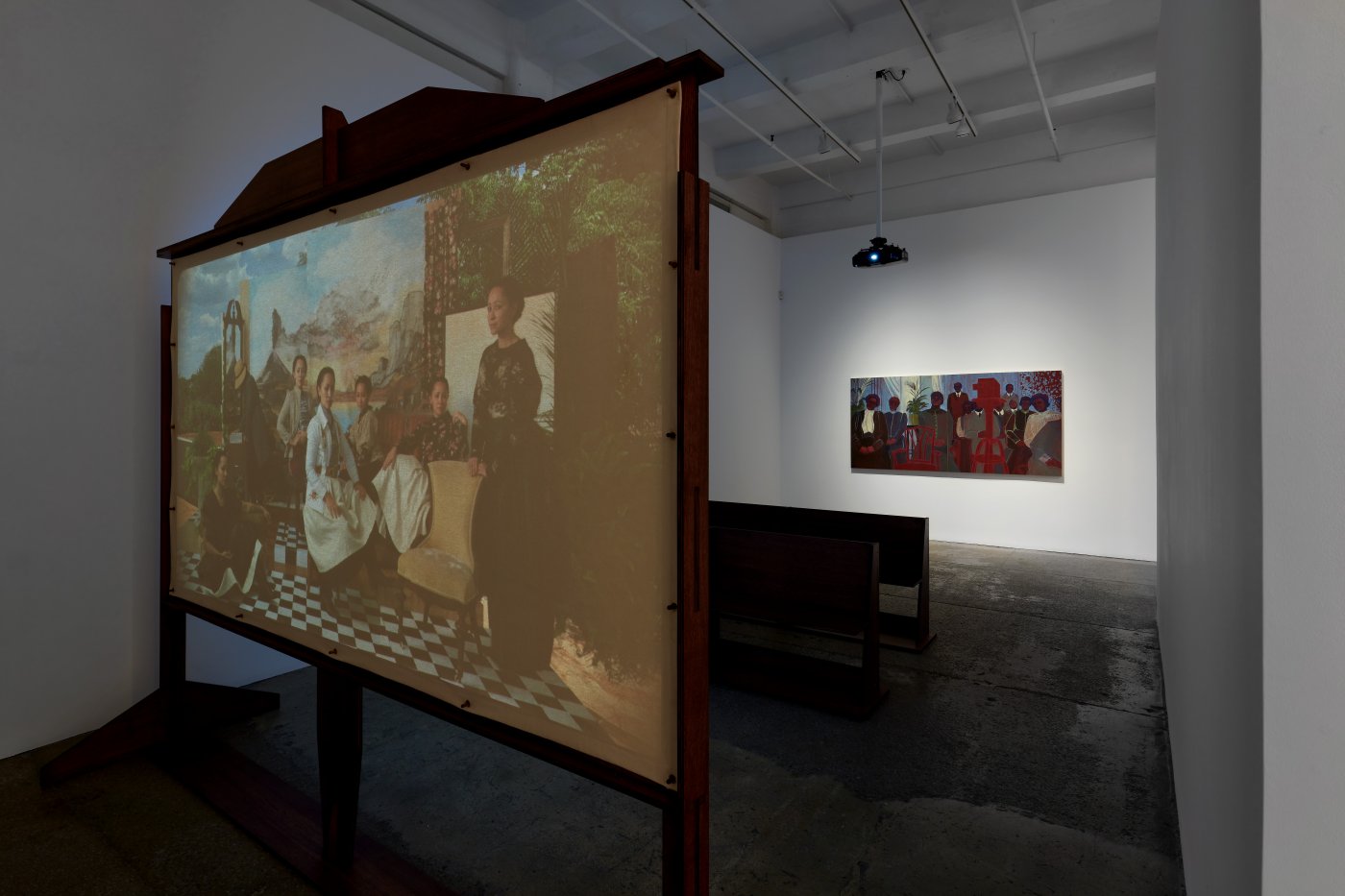 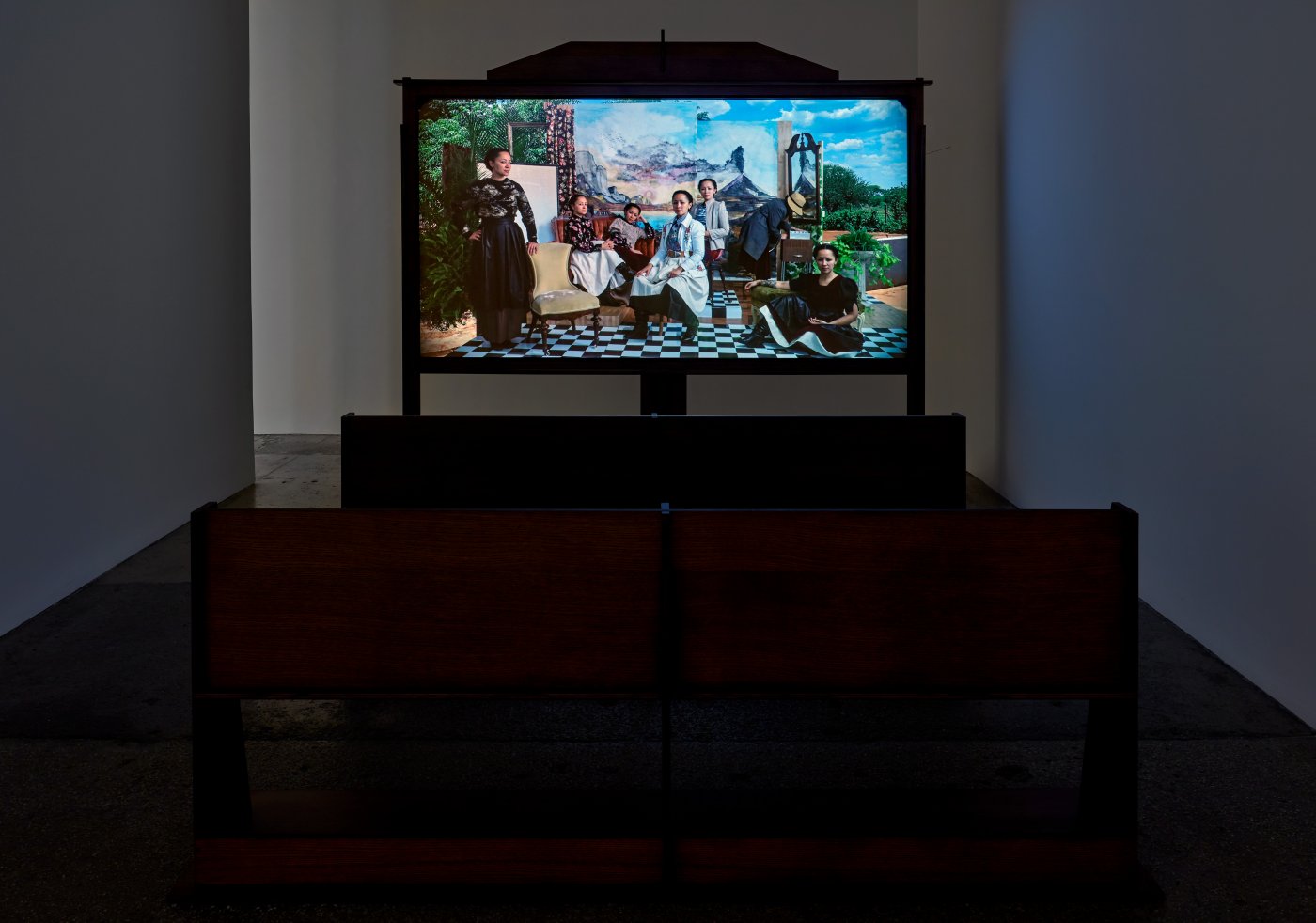 I have withheld much more than I have written features new works: a large installation and a suite of paintings. The figures in Sunstrum’s works—often her alter-egos—are situated in undefinable landscapes; an exploration of cultural embeddedness within geology that reflects overlapping issues of colonialism, capitalism, and so-called global migration crises. With references to domestic environments, rurality, and systems of control, Sunstrum’s work journeys into processes of disintegration—processes that are at once intimate, violent, sensual, madding, and tender—in the pursuit of home and wholeness.

The central thesis of the exhibition recalls the first vehicle for spectacle—Daguerre’s diorama of 1822—with a new installation from which a narrative saga unfolds. Upon entering the smaller gallery, visitors are met with the diptych The Committee (2022), depicting seated men and women in Victorian dress, their appraising gazes looking into the distance past a red projector and an empty red chair. Wooden pews invite visitors to sit and face the same direction as the figures, toward a free-standing installation on the other side of the room. A wooden structure that parallels the architecture of Victorian theatre through the proscenium arch frames a video work containing a living room setting; replete with the chairs and settees of Sunstrum’s paintings and the volcanic landscape from Daguerre’s diorama. Figures appear in the space, their gaze meeting those in The Committee.

This atmosphere of surveilling tension seeps into the rest of the exhibition where new paintings are on view, rendered in oil and pencil on linen. As with much of Sunstrum’s oeuvre, the works emerge from a constellation of literary references including Dionne Brand’s The Blue Clerk (2018) (a quote from which gives the title of the show), and most notably, the writings of Bessie Head (b.1937-d.1986). In particular, Sunstrum references Head’s A Question of Power (1973), a semi-autobiographical work set “amidst the compartmentalization, fragmentation, and preoccupation with taxonomy that characterize and undermine life in Southern Africa.” Exuding a fluidity in her visual poems, Sunstrum layers references and metaphors within each work; a plastic chair ubiquitous in the Global South misses a leg, black and white checkerboard flooring do not offer a sense of place.

The figures of Sunstrum’s work stand as a collective; they are often representations of herself through the alter-ego Asme (“as me”) or based on historic photographs of Black ancestors.

“Identity, power, selfhood and the political power that comes along with those ideas can never be reduced to a single standing being. My single body is a representative of masses of bodies, whether as community or as ancestry or as collective history or collective memory, of solidarity,” the artist has said.

This exhibition is organized in collaboration with Goodman Gallery, Cape Town, Johannesburg, and London.

Courtesy of the artist and Galerie Lelong & Co., New York