Painting in the Dark

Painting in the Dark


James Cohan presents Painting in the Dark, a group exhibition. Curated by Glenn Adamson and Kathy Butterly, this exhibition brings together seven artists, spanning more than a century, who exemplify a painterly approach to the ceramic medium. Participating artists include Hugh Robertson (1845-1908), Rudolf Staffel (1911-2002), Toshiko Takaezu (1922-2011), Rose Cabat (1914-2015), Tony Marsh (b. 1954), Marit Tingleff (b. 1954), and Kathy Butterly (b. 1963). Adamson has written a critical essay to accompany the exhibition. 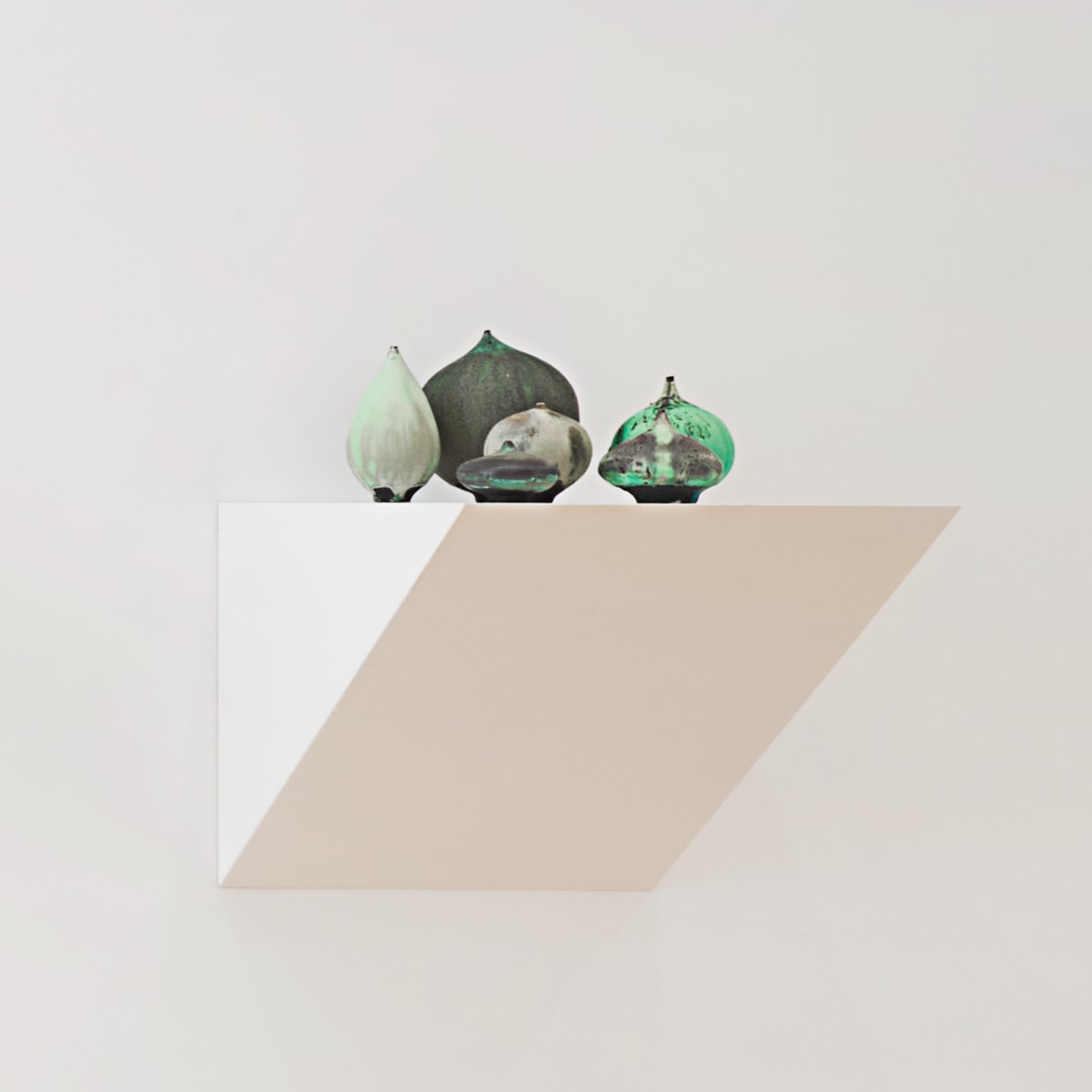 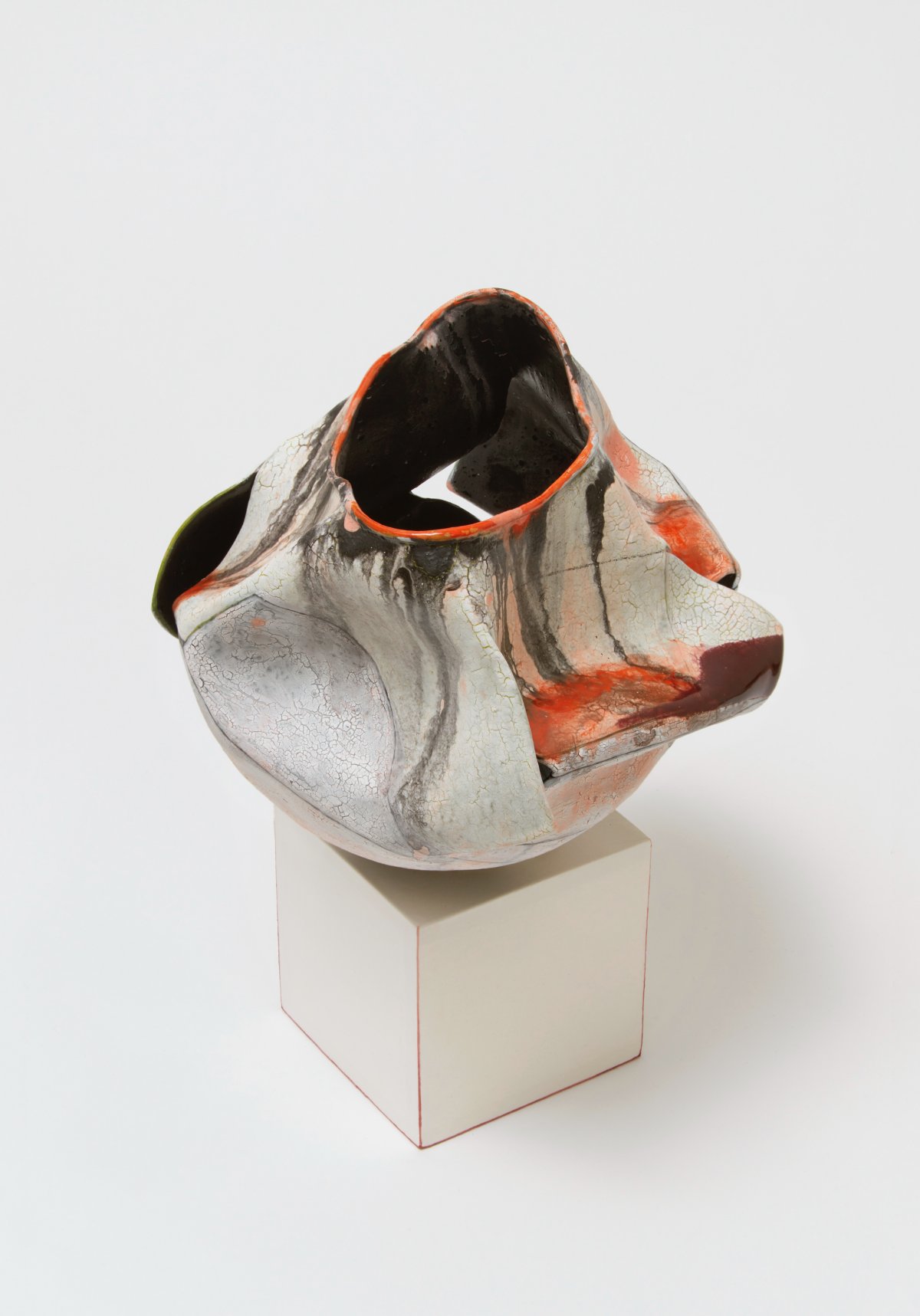 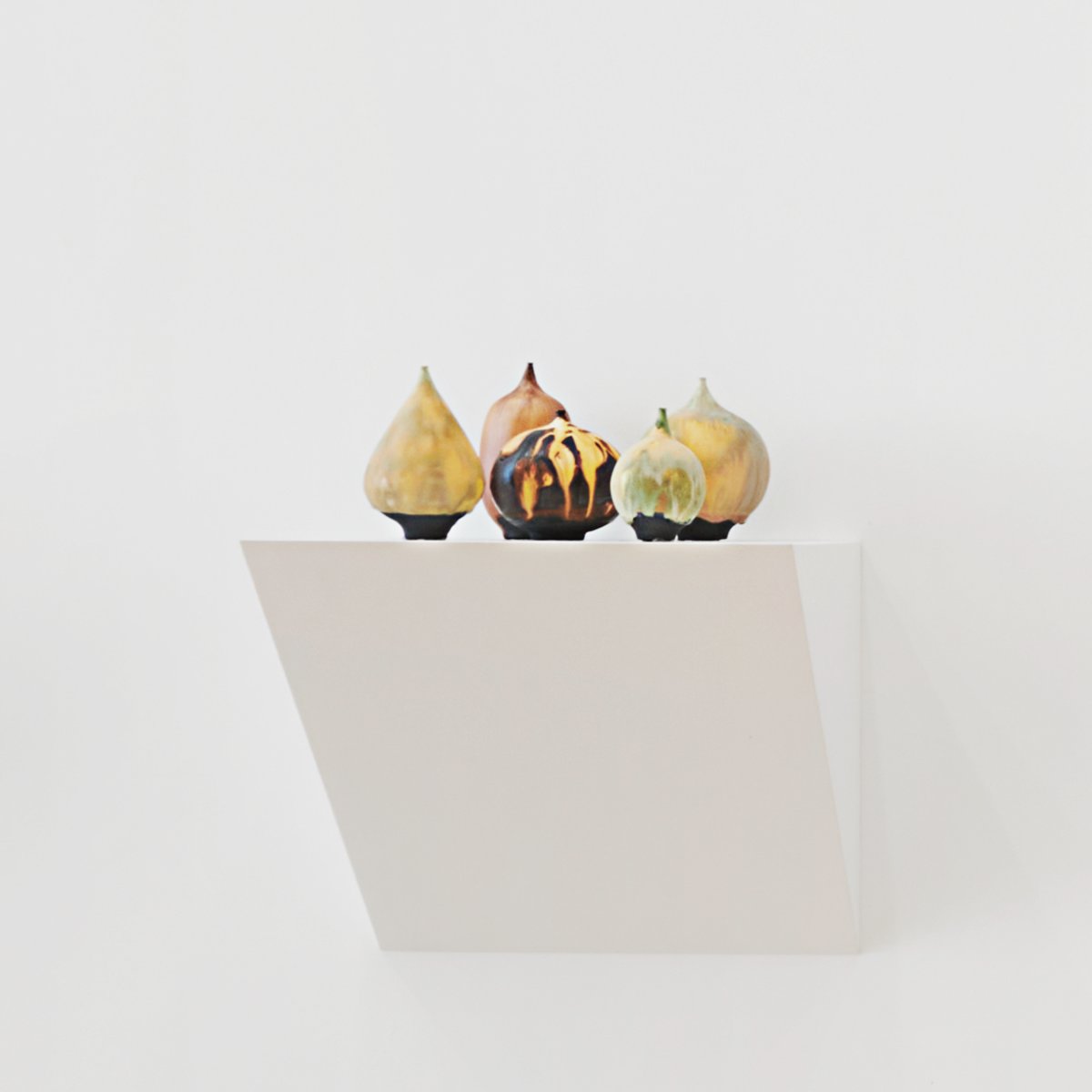 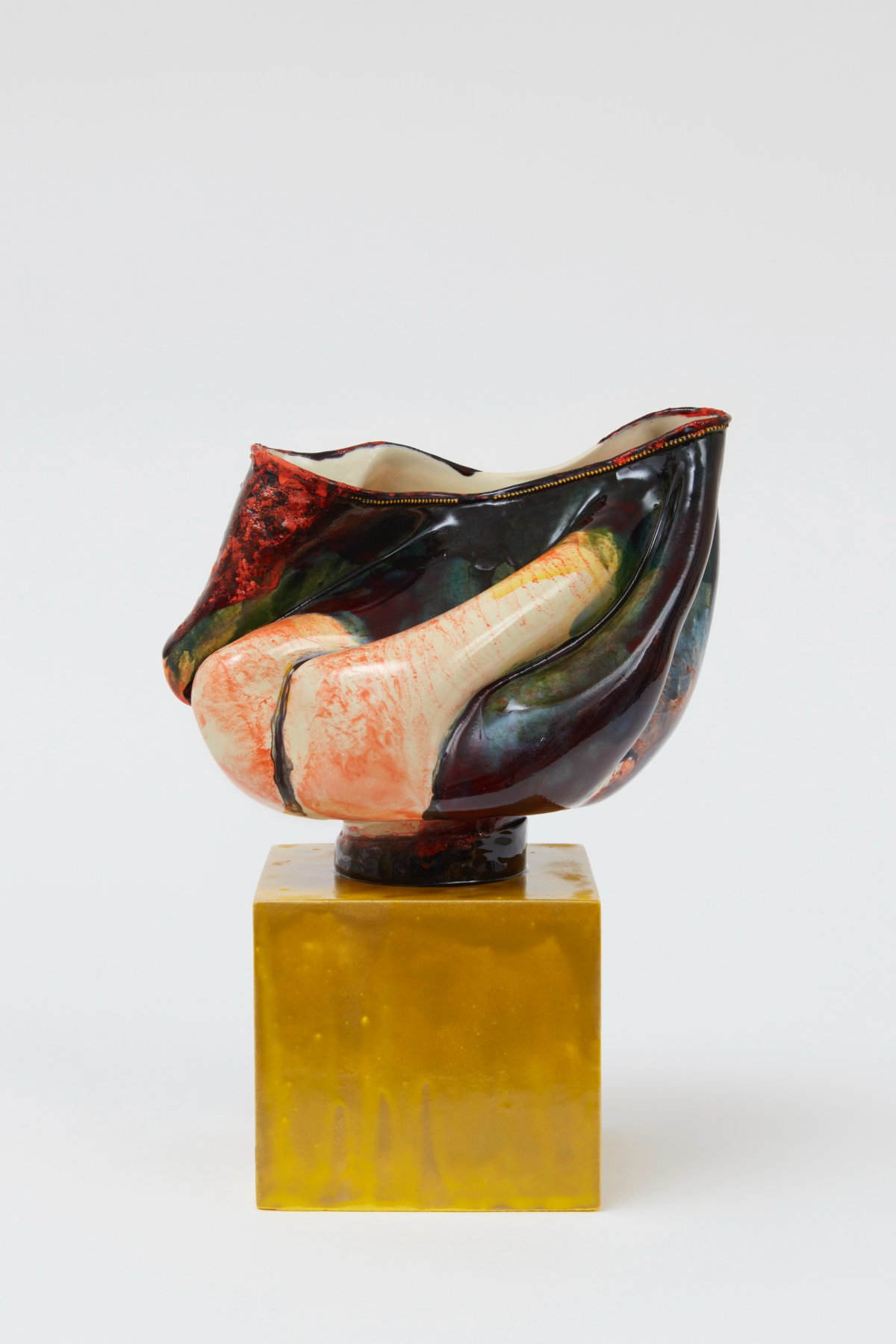 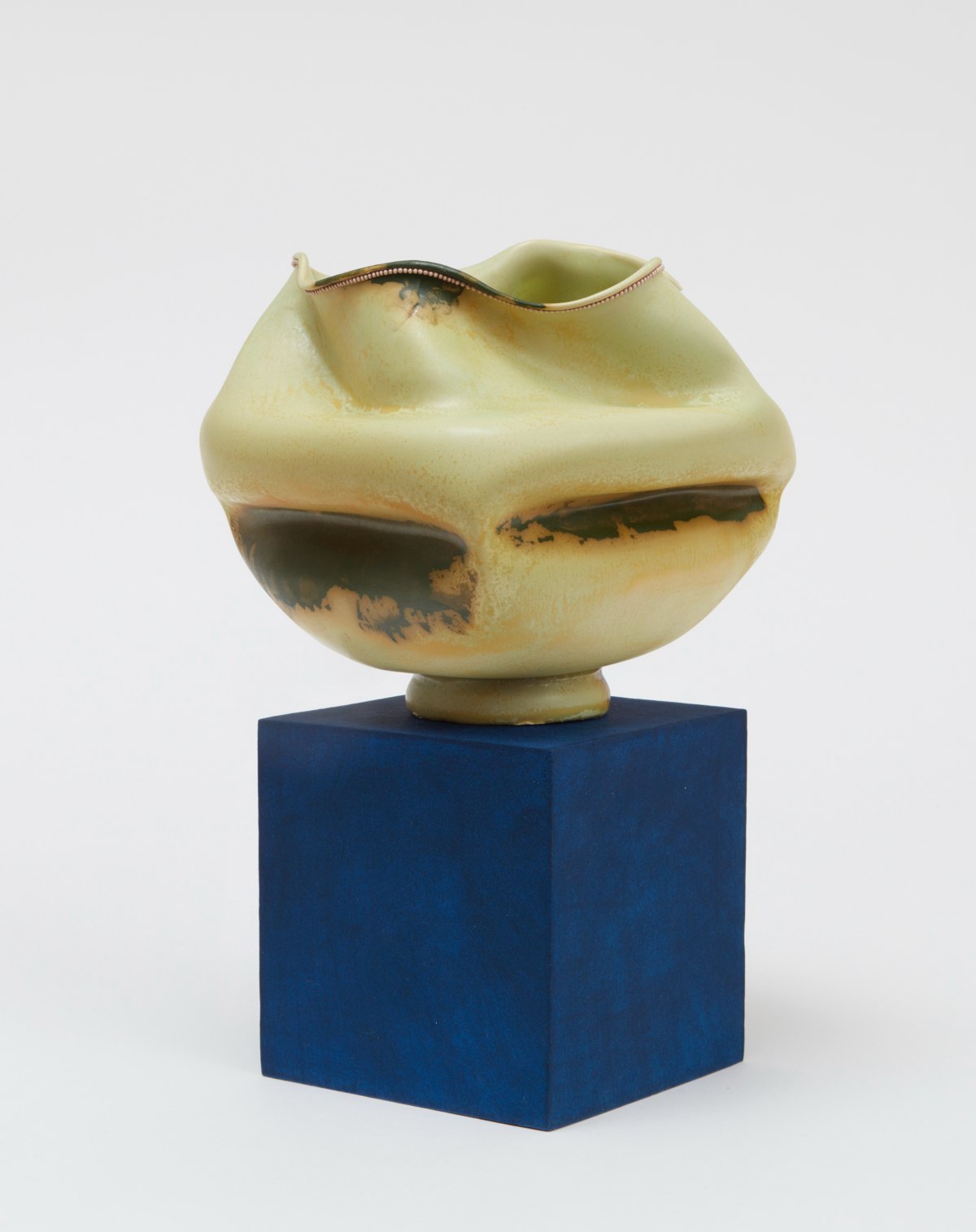 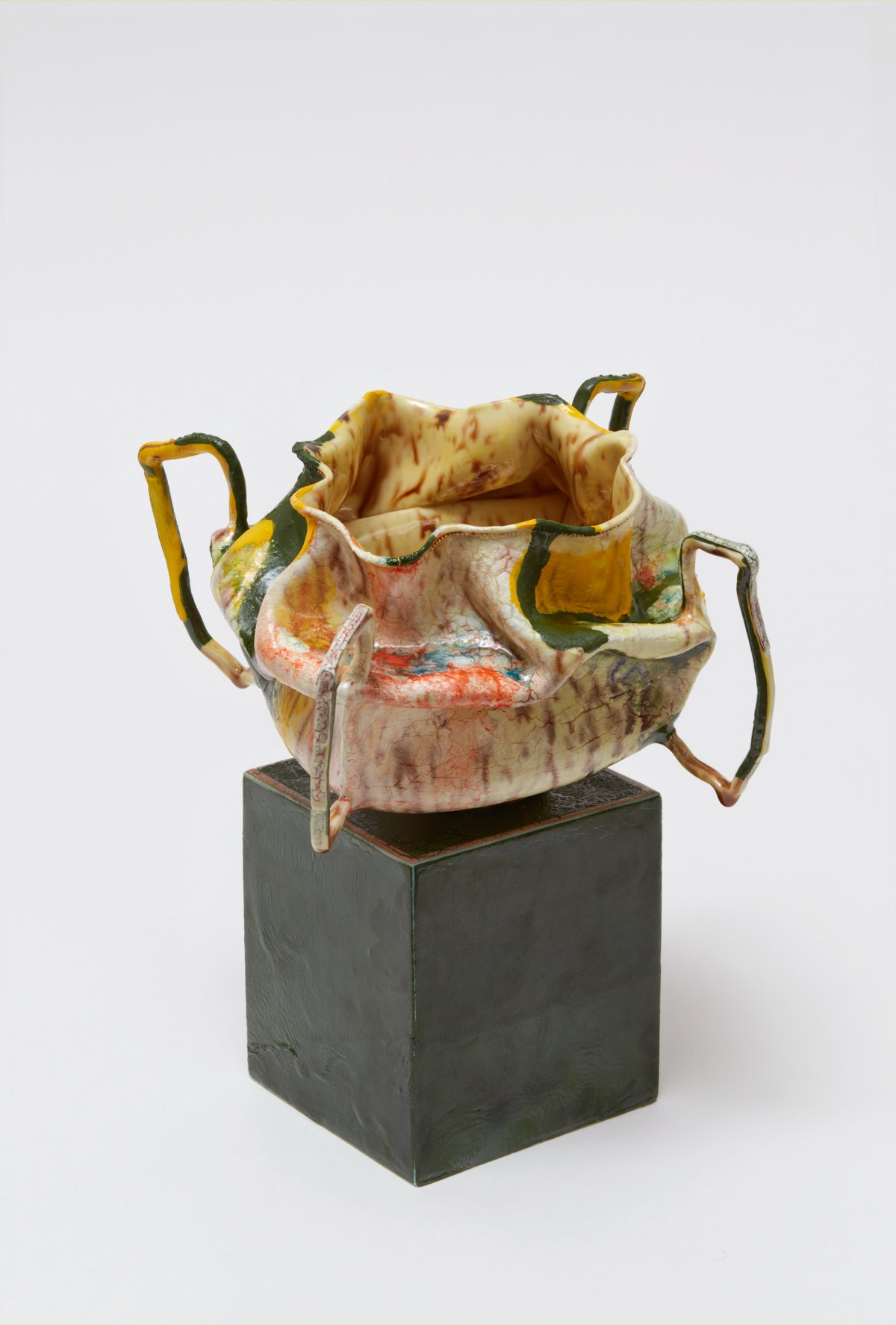 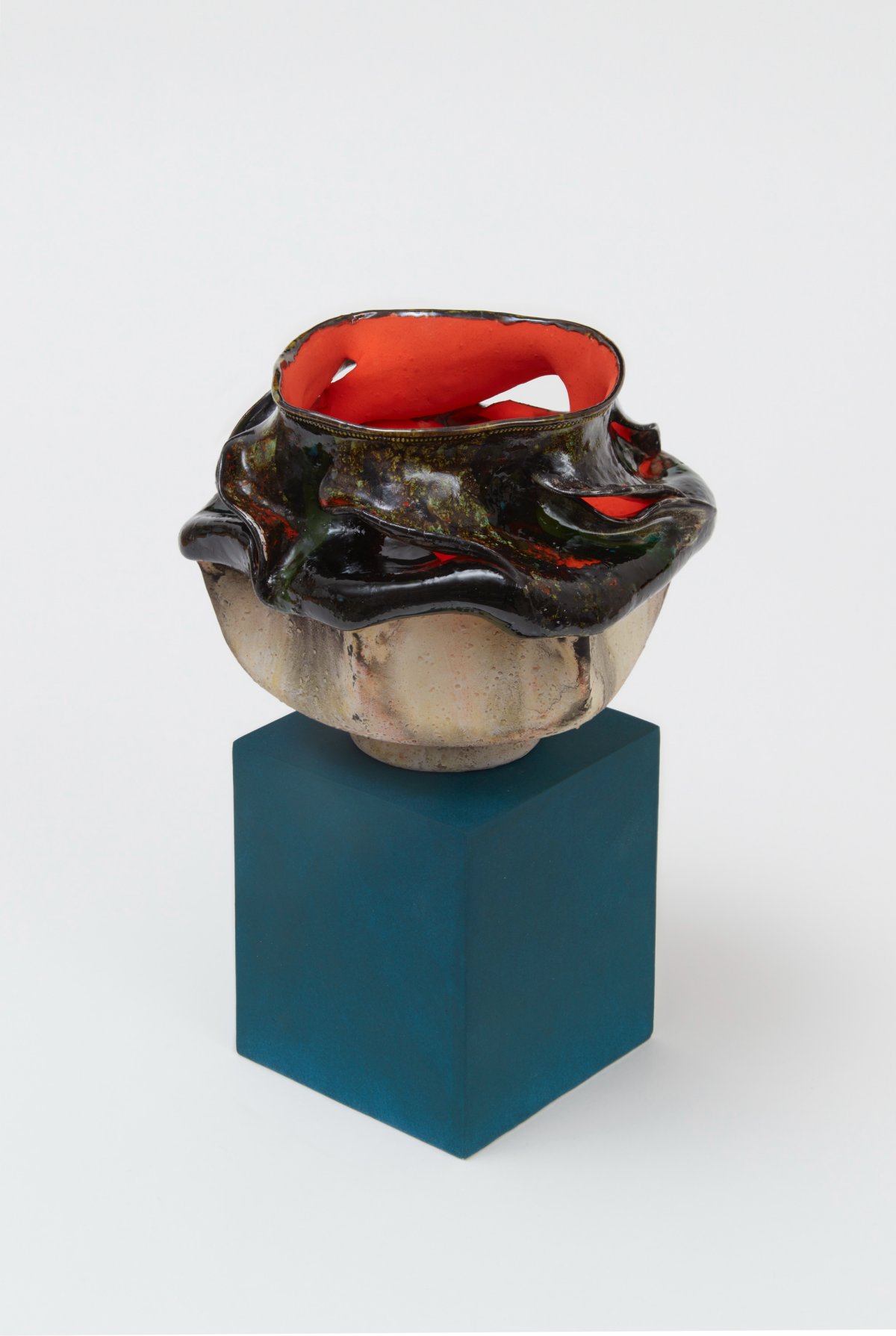 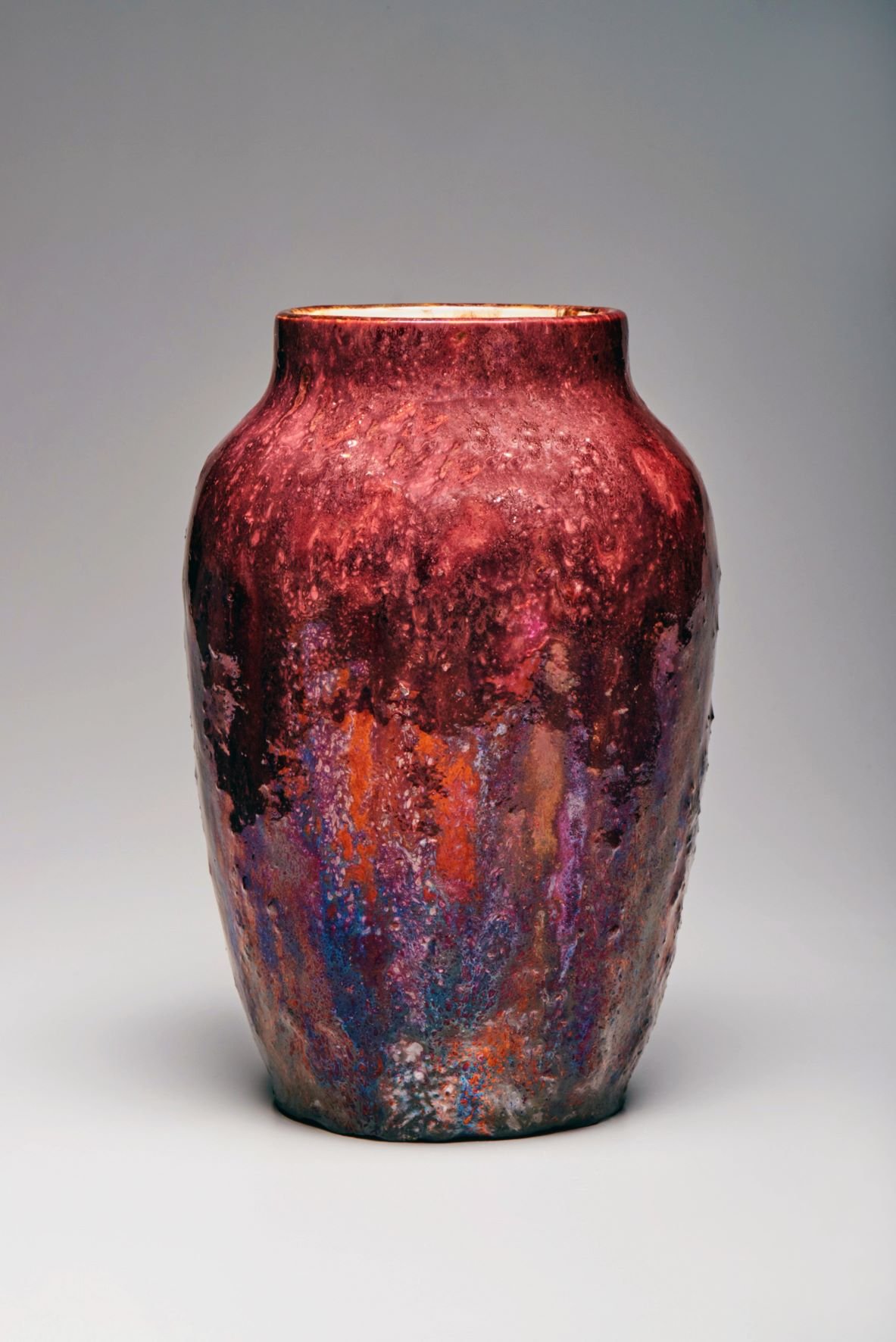 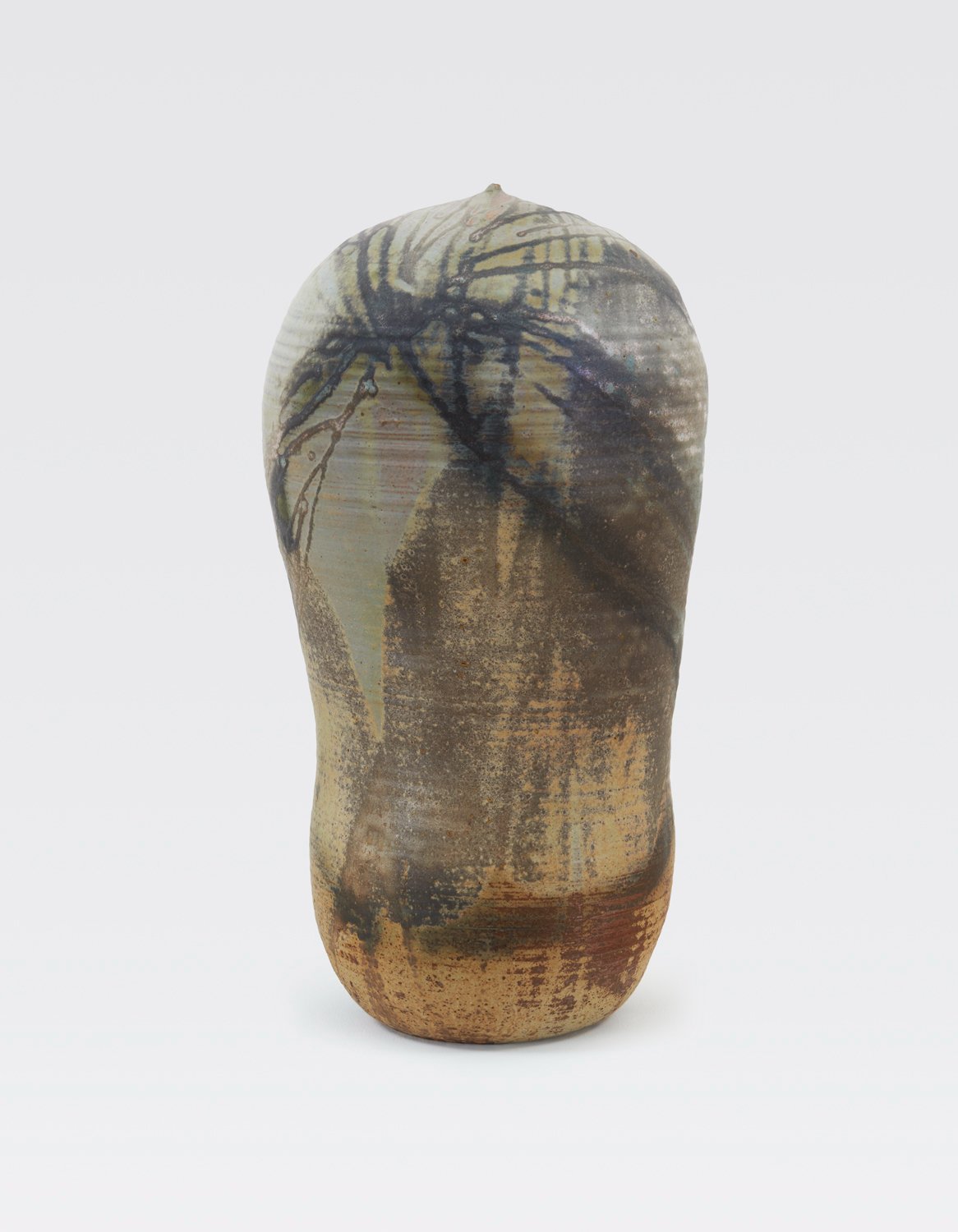 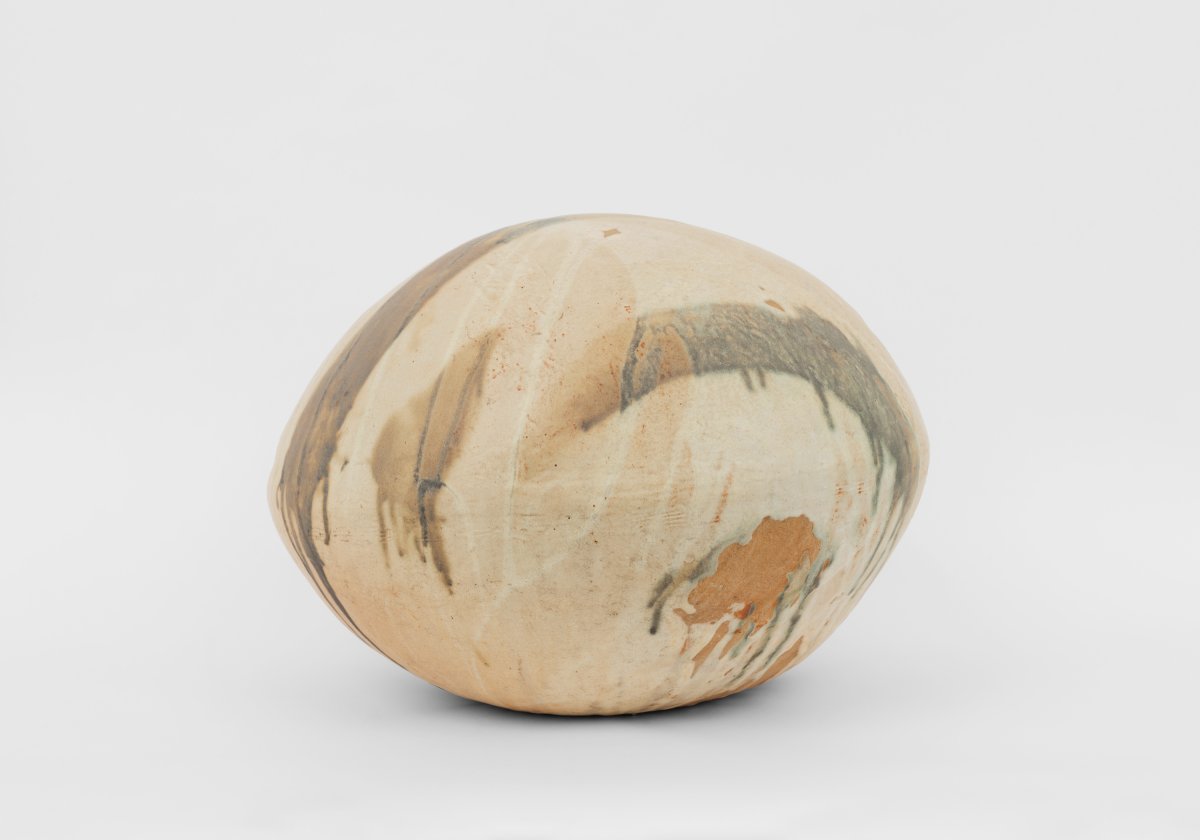 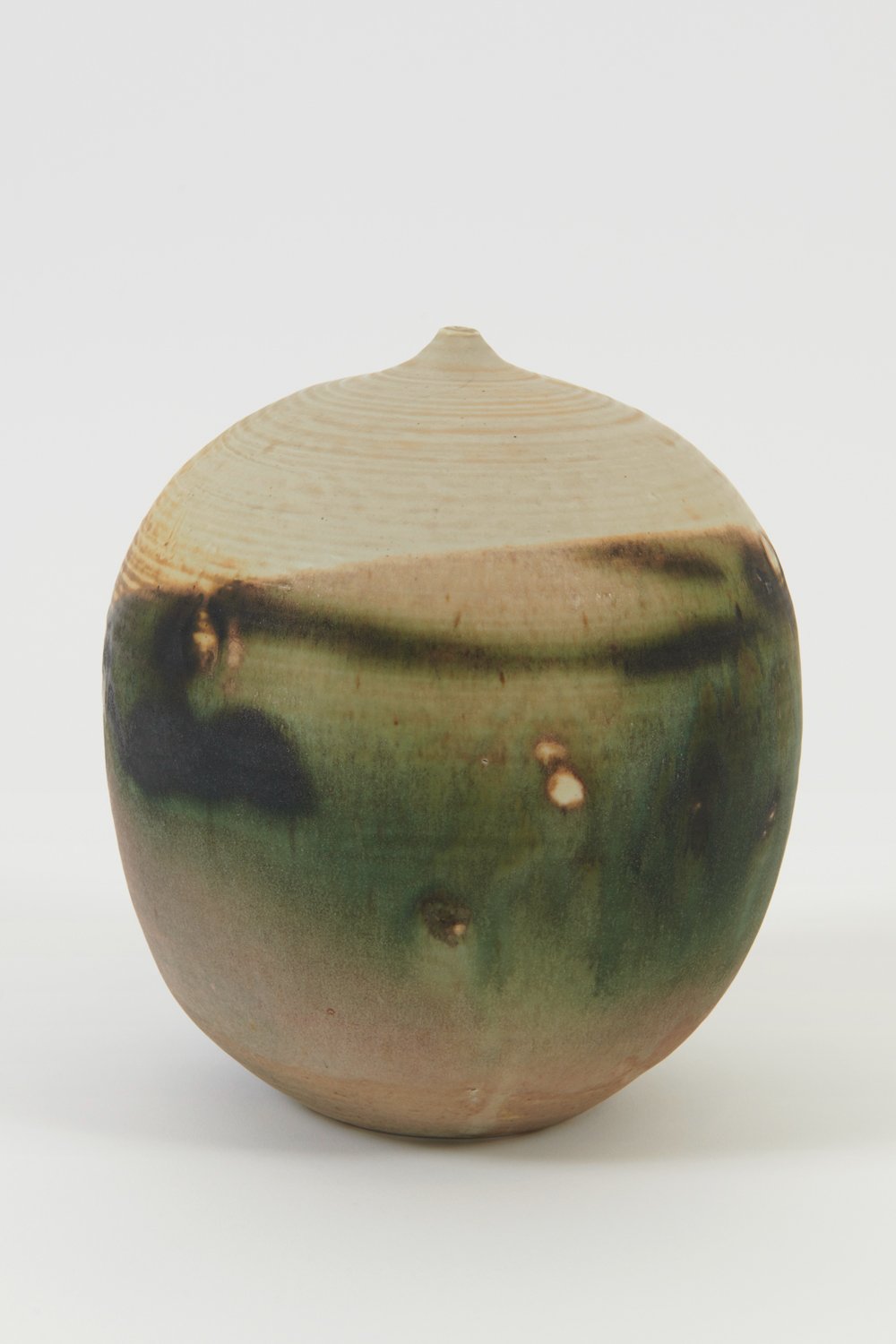 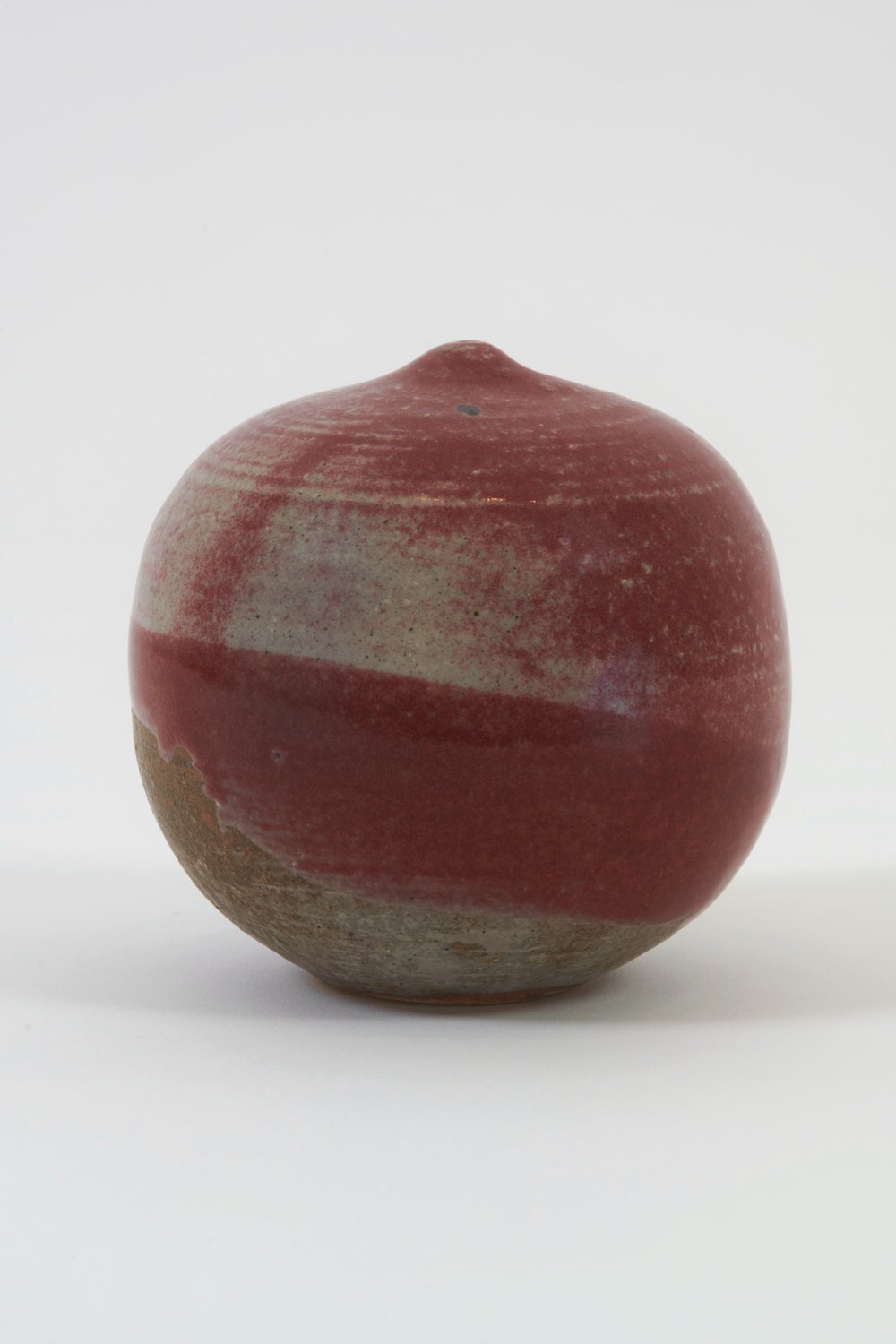 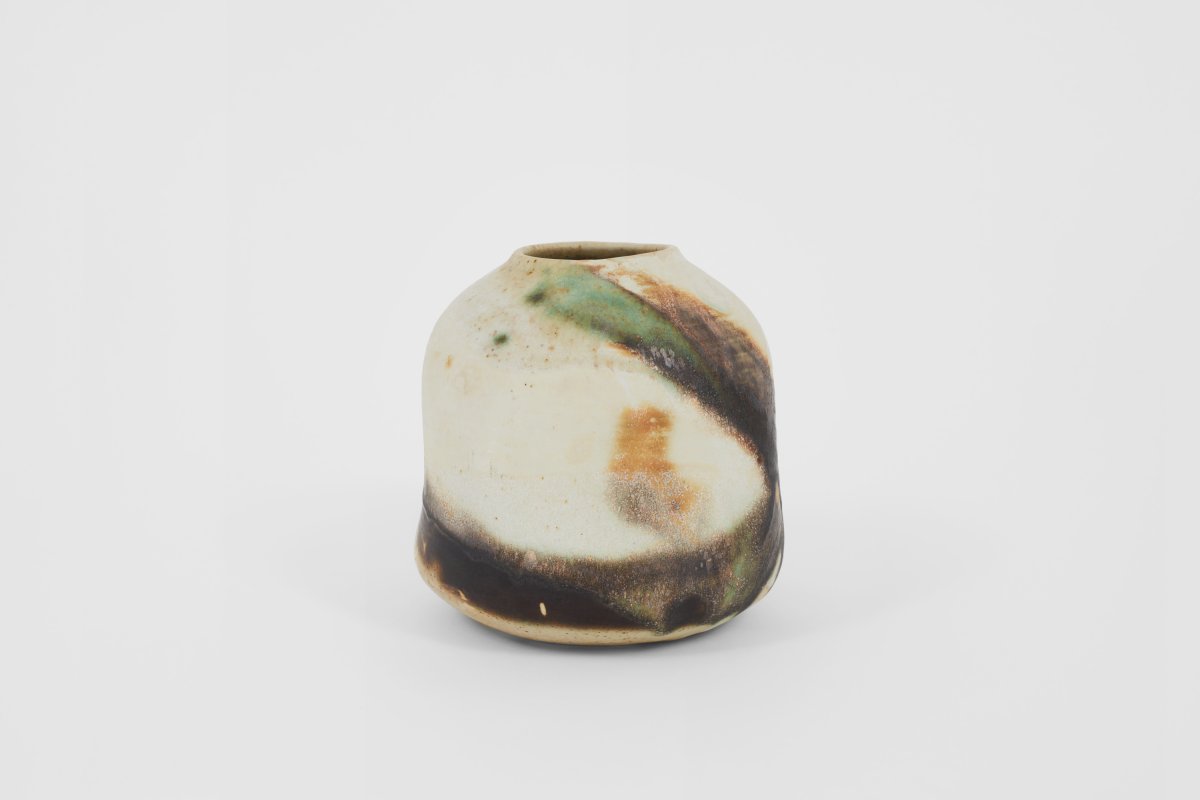 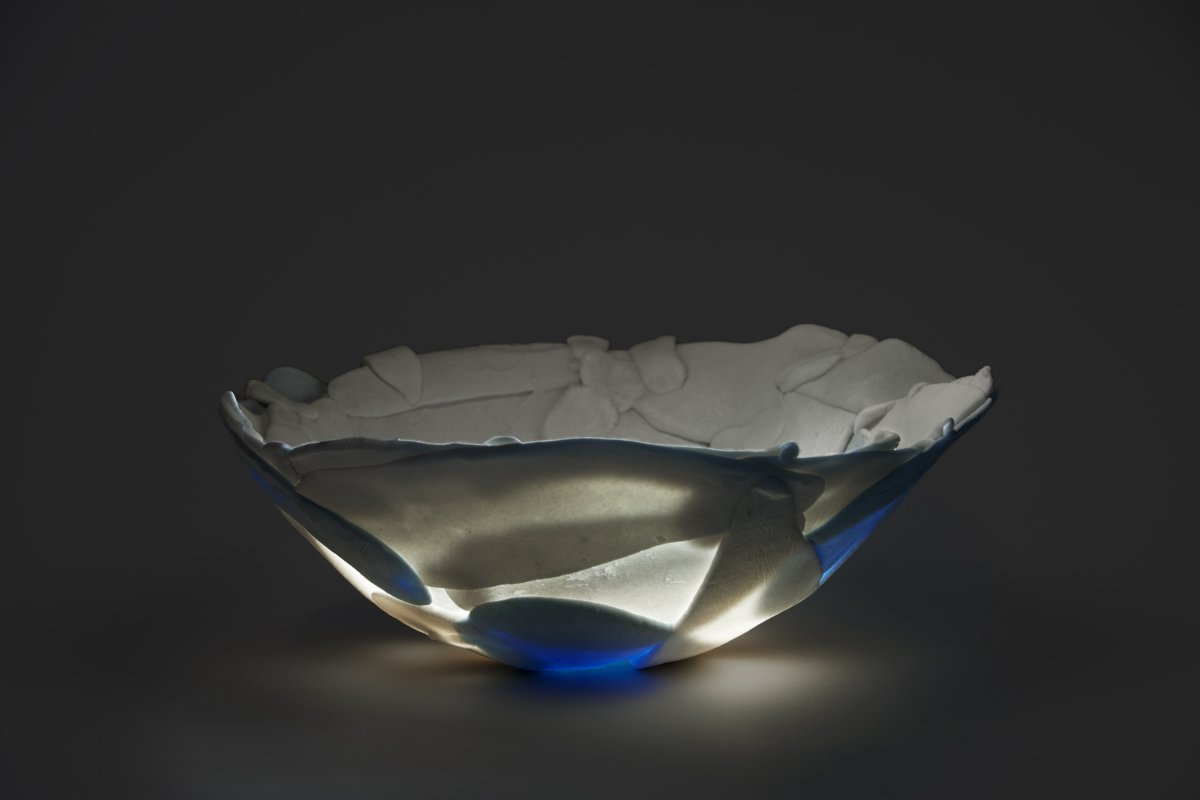 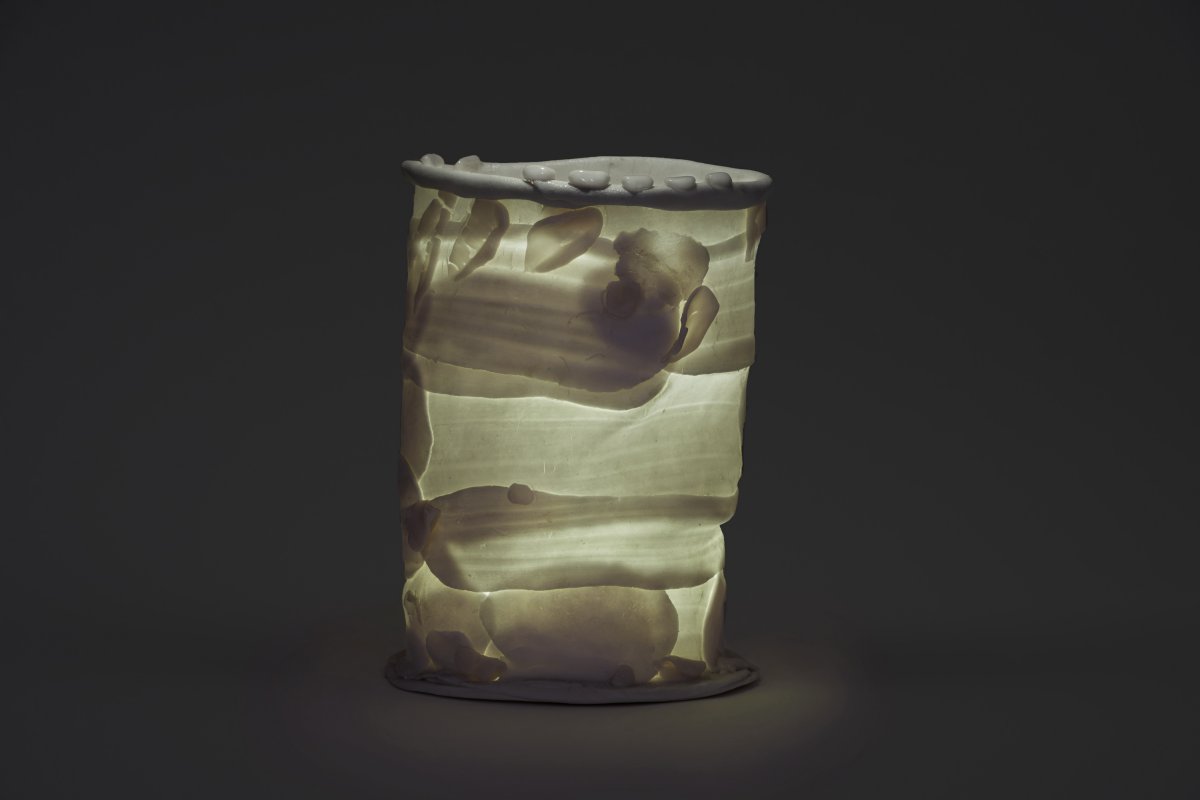 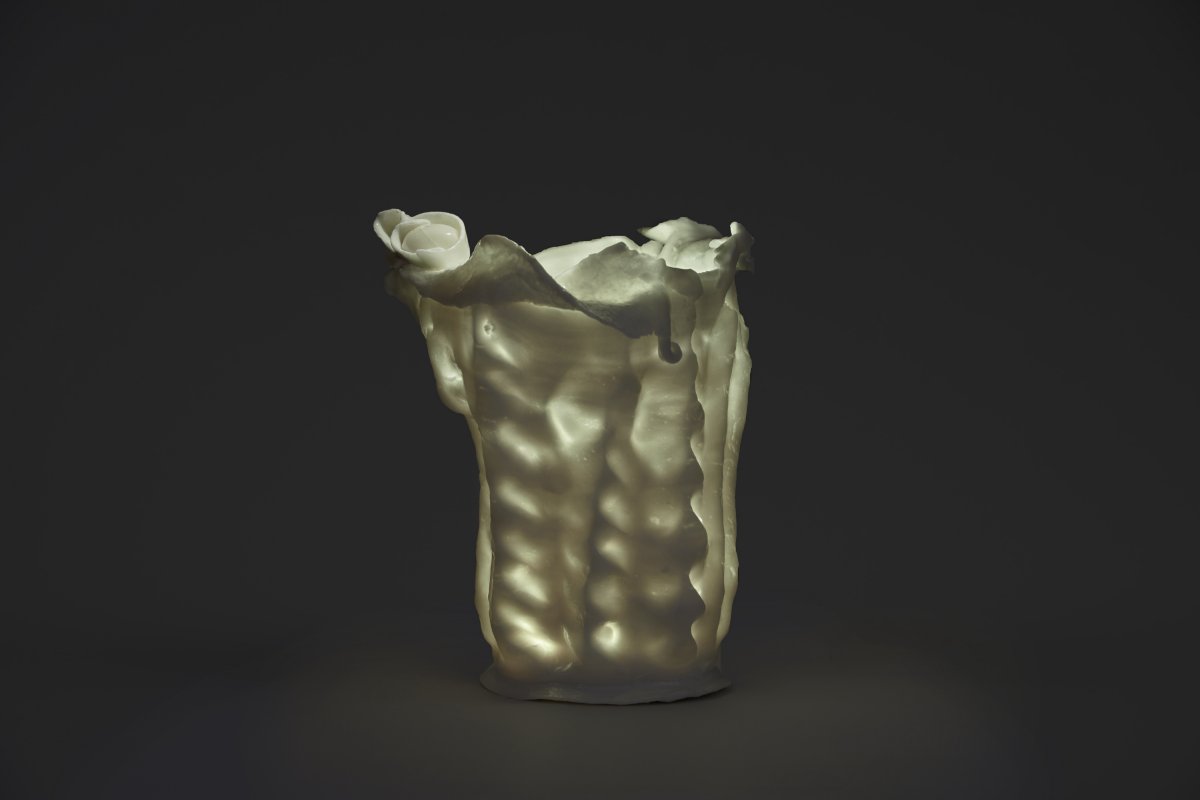 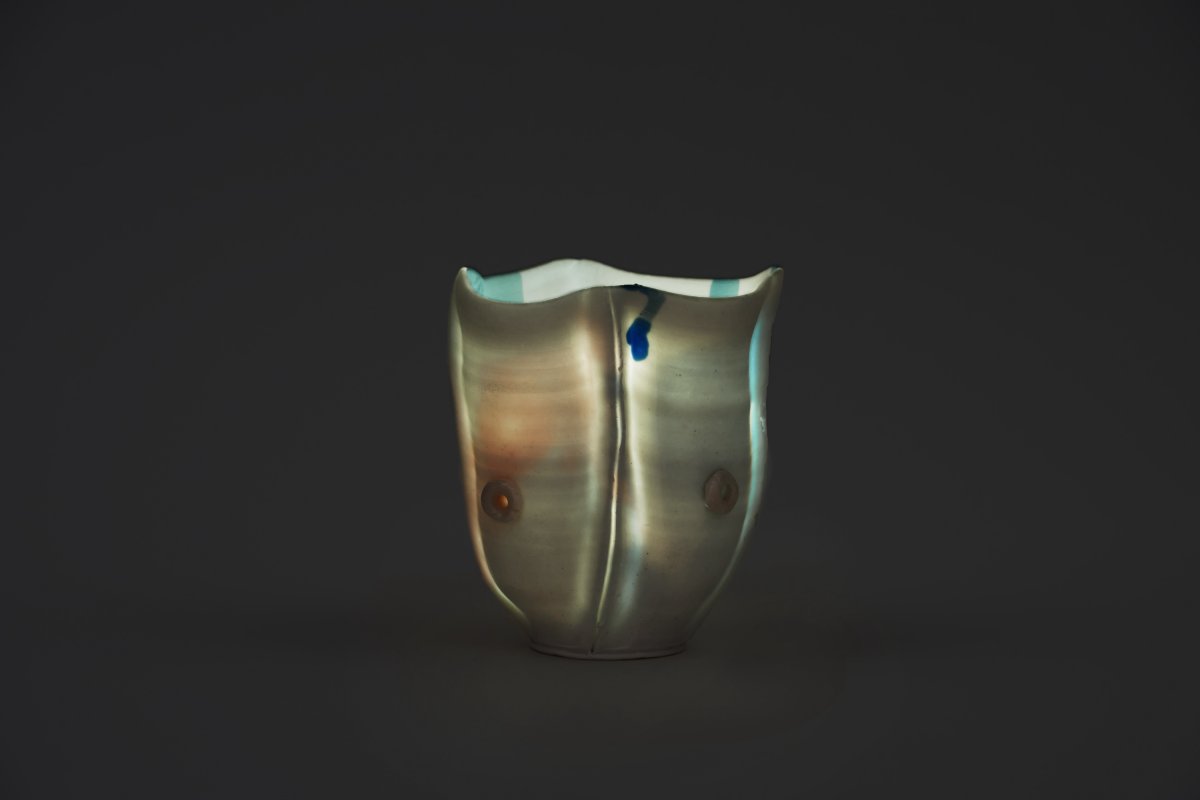 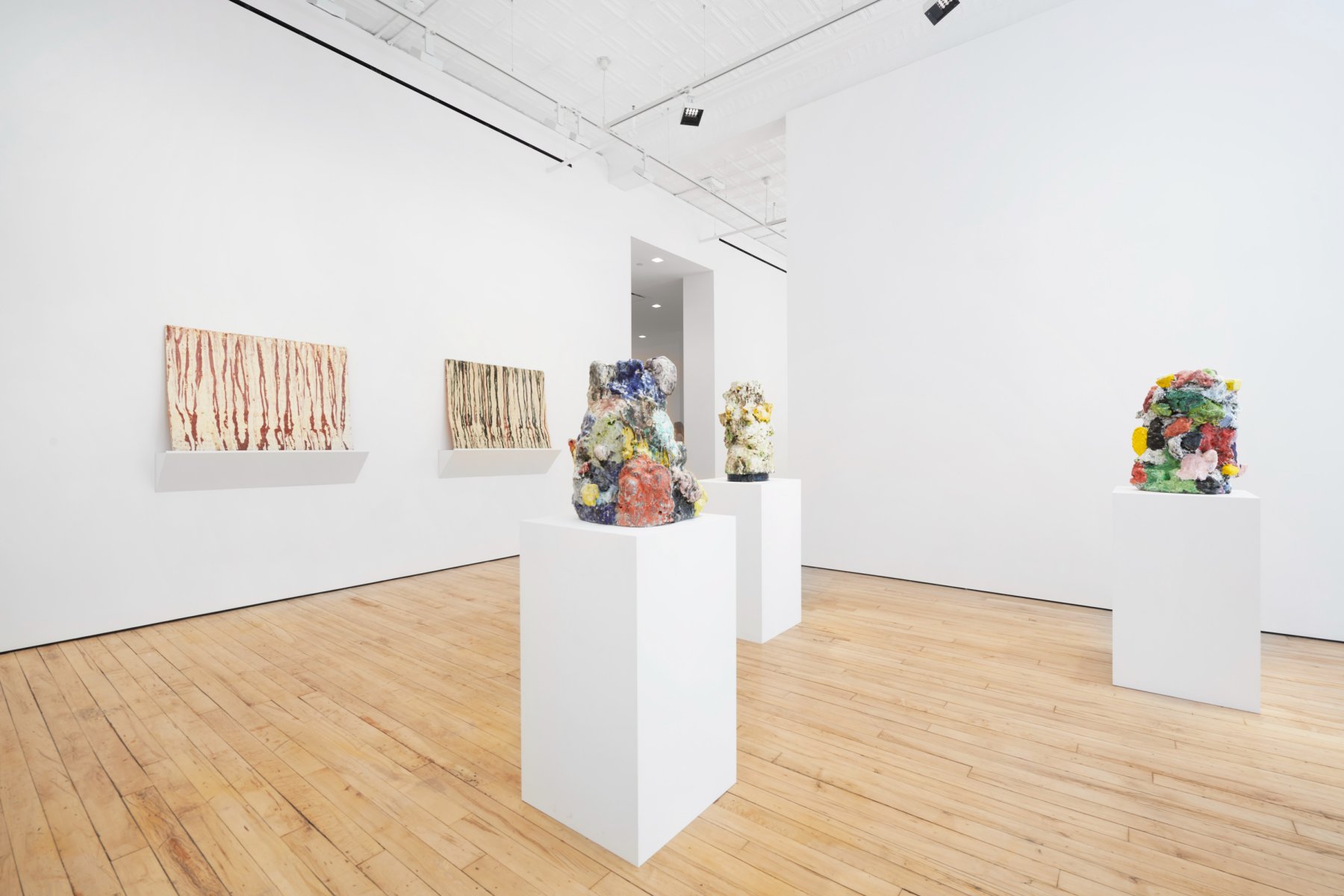 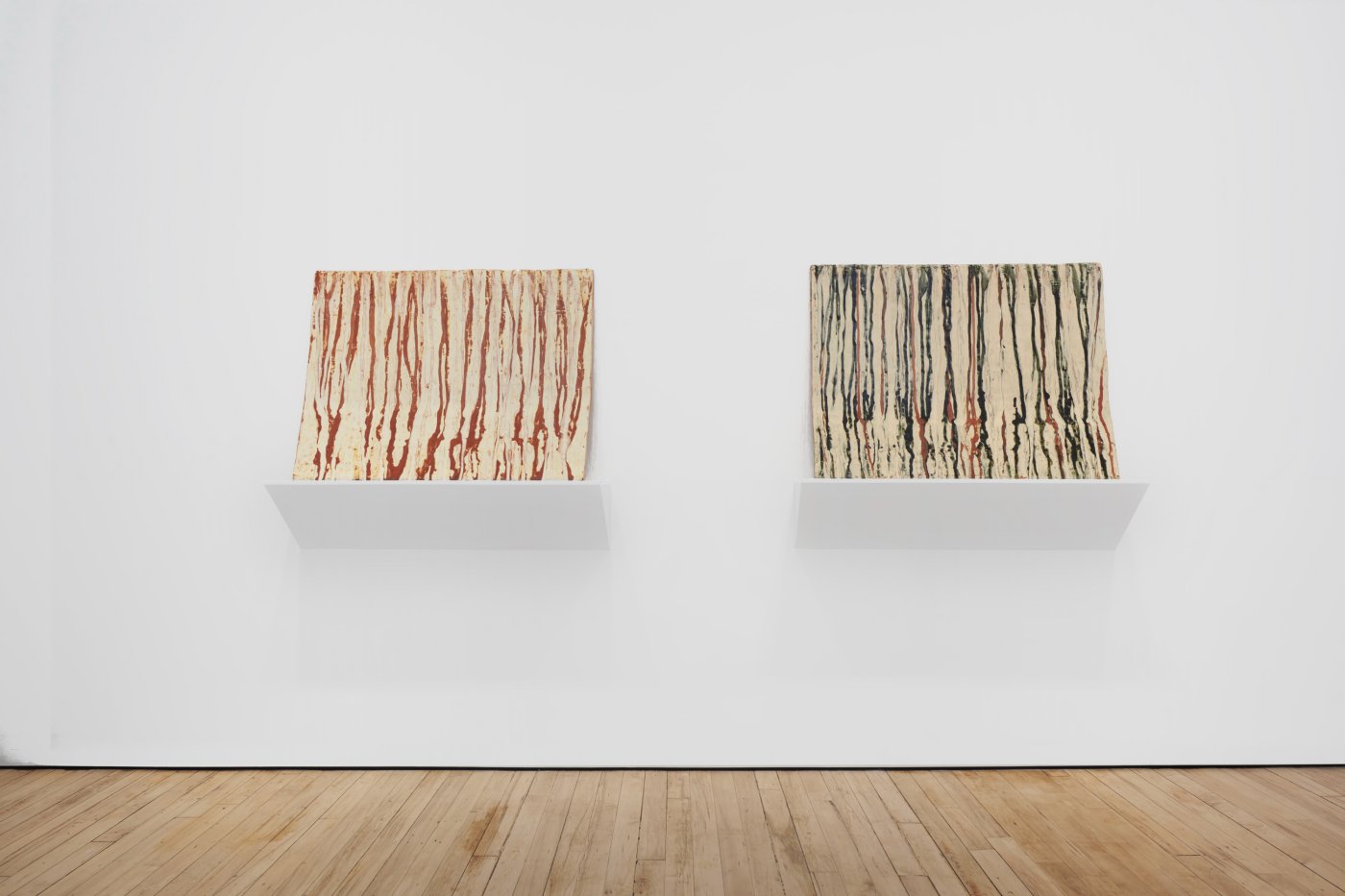 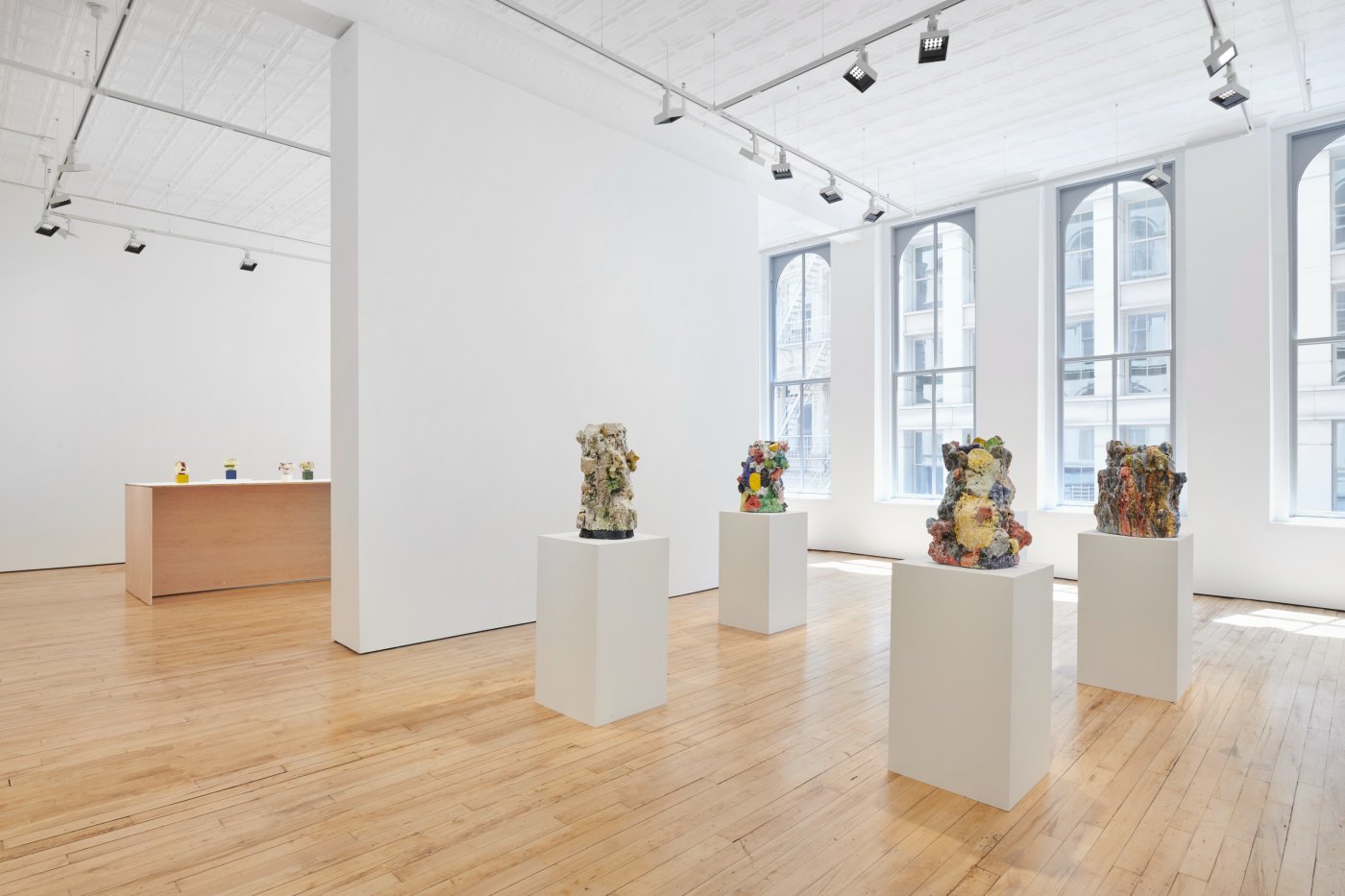 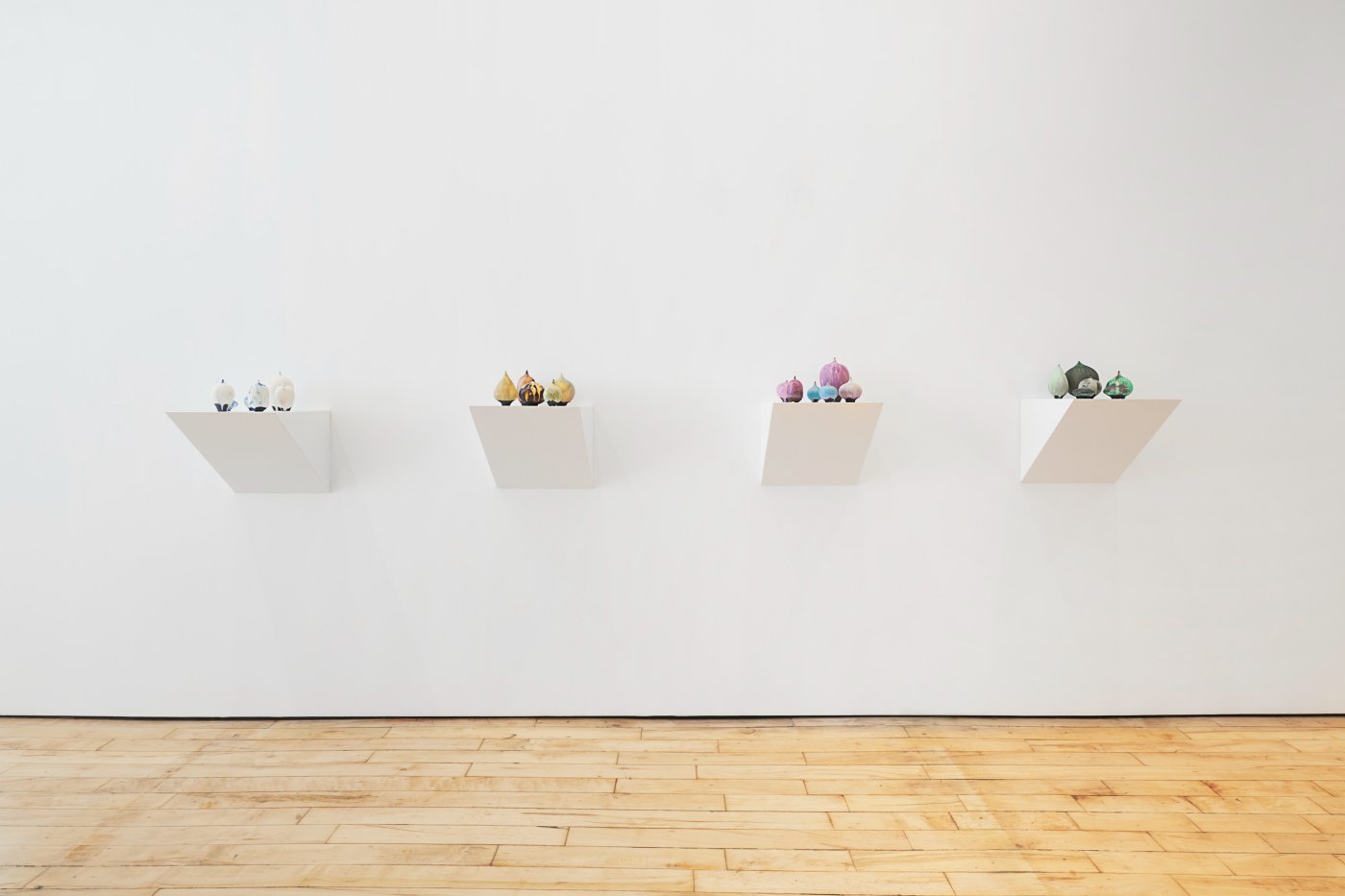 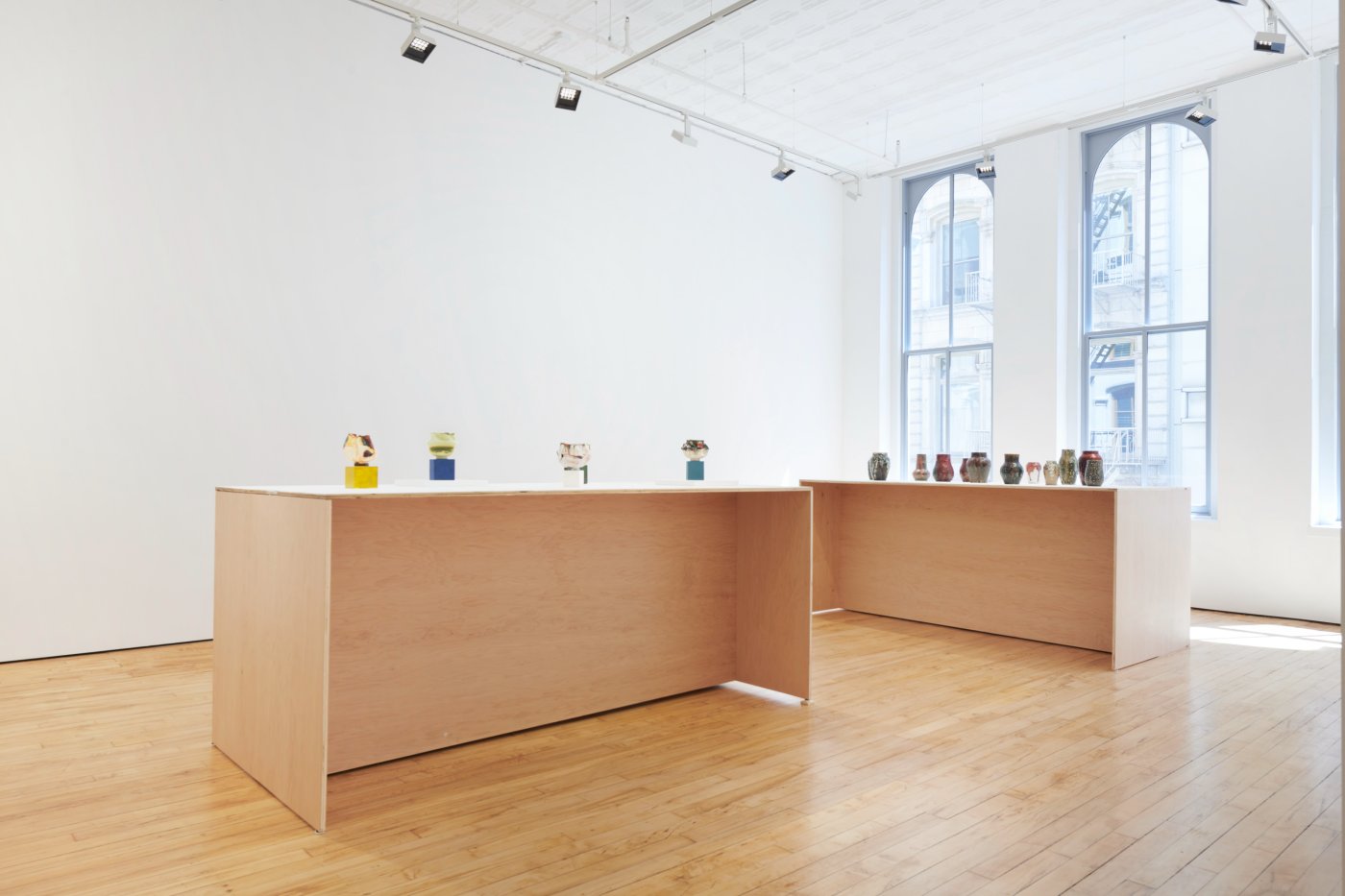 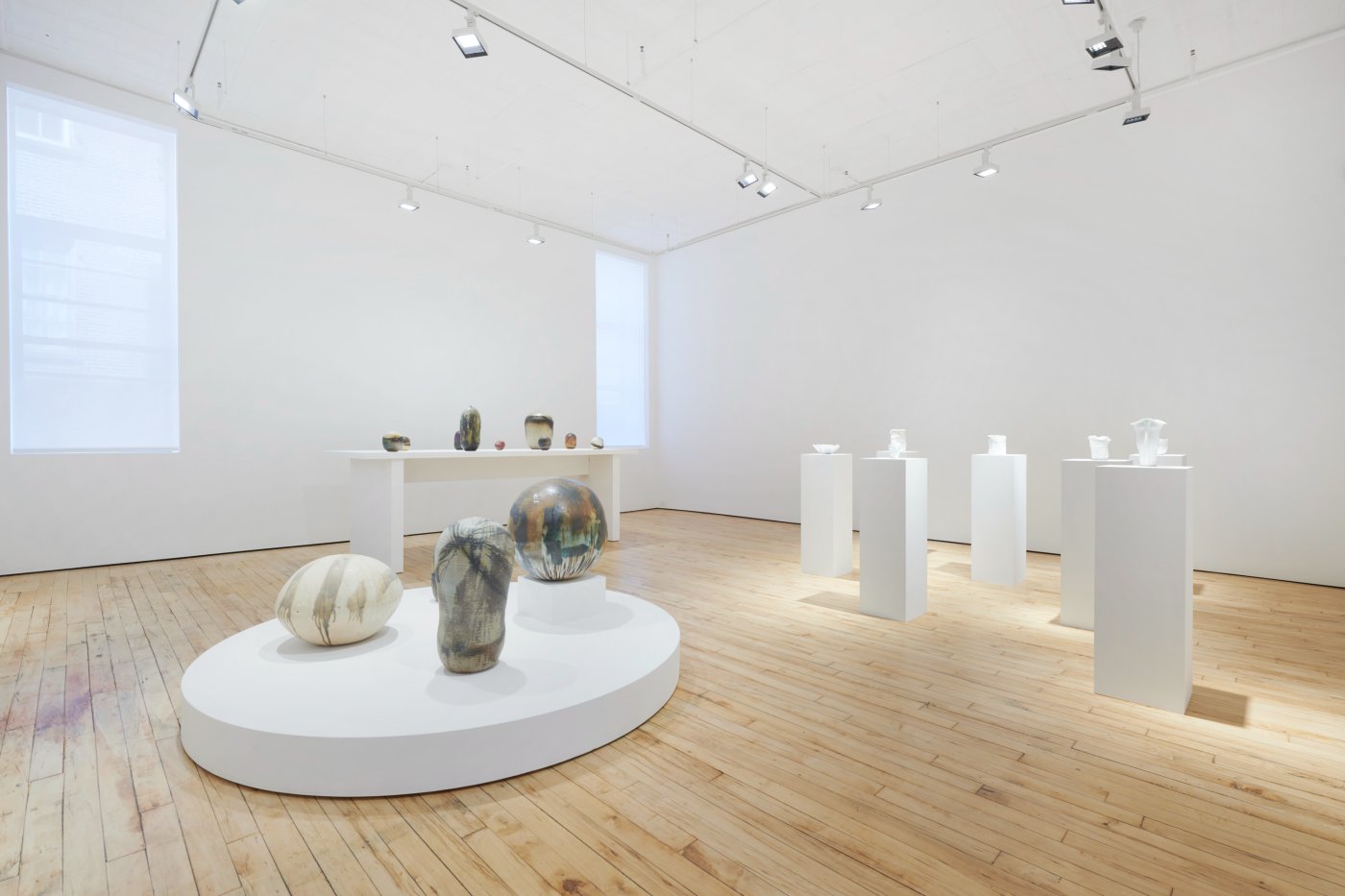 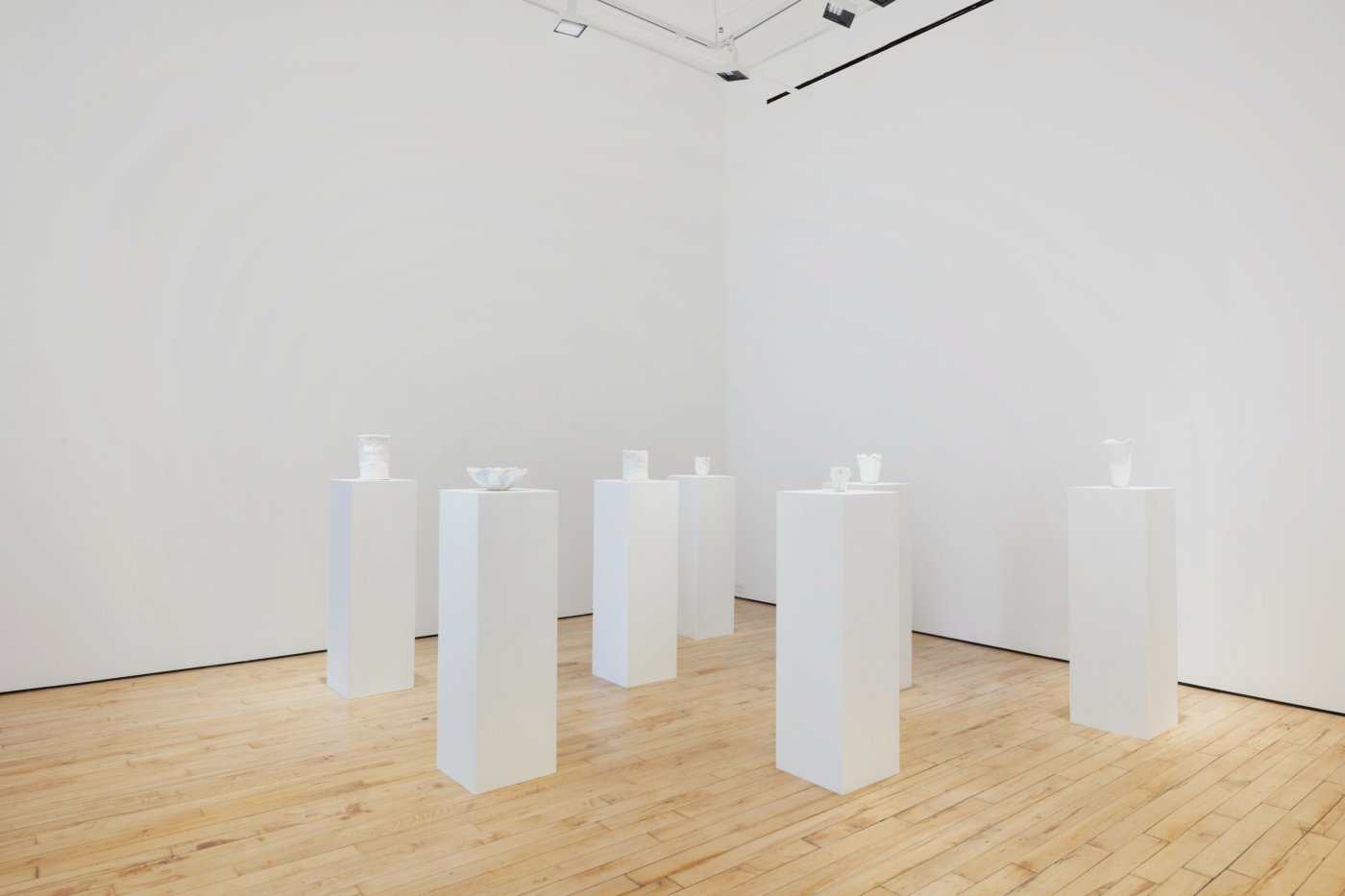 Ceramics is, among other things, a means of painting in three dimensions. It affords possibilities of polychrome, mark-making, and layering, just like oil or acrylic on canvas. Yet there’s an important difference for ceramic artists: they do not see the finished surface, the effects of glazes and other materials in combination, until their work is fired in the kiln. This technical feature of the medium – a hiatus between the application of color and its realization – means that painting, in ceramic, is always to some degree a matter of chance operations.

Painting in the Dark explores this fascinating aspect of the ceramic medium: the relationship between intention and accident. While each of the artists in this exhibition embodies a painterly approach to this art form, their sensibilities range from the volcanic to the serene, the vividly experimental to the perfectly resolved. Each, in their own way, achieved a fusion of surface and form that could not be approximated in any other discipline.

The earliest figure included in the exhibition is Hugh Robertson (1845-1908), an English-trained potter who settled in the Boston area in the 1860s and was a leading light of the American Arts and Crafts Movement. He was inspired to the point of obsession by historic Chinese wares – particularly those with a deep red “oxblood” glaze, a secret he labored for years to reproduce. The selection of his works in Painting in the Dark is drawn from two of the most significant private collections of Arts and Crafts material in the USA.

Three artists active in the post-1945 era – Rudolf Staffel (1911-2002), Toshiko Takaezu (1922-2011), and Rose Cabat (1914-2015) – suggest the variety of approaches to abstraction that flourished in American ceramics of this period. Rudolf Staffel is best known for his “light gatherers,” vessels made in translucent porcelain that blaze into ethereal glory when illuminated. While these works are created in monochrome white, a closer look at his oeuvre shows him to be one of the great colorists in ceramic history. He exploited the translucency of porcelain to create abstraction in depth, the variable thickness of the vessel walls summoning shadowy expressionistic form. A lesser- known aspect of his practice is the use of pigments in a range of hues – pinks, blues, and yellows. In their diaphanous, stain-like effects, these works suggest comparisons to contemporaneous color field painting.

Toshiko Takaezu was the prime exponent of Abstract Expressionism in ceramics. While her signature “closed forms” synthesized many different trajectories of thinking, including historic East Asian precedents, they were above all an opportunity to paint in the round. Takaezu masterfully articulated her expansive circular “canvases” – scroll-like compositions, without beginning or end – with an expansive vocabulary of splashing, brushwork, and pouring, employing oxides and glazes of her own devising. In some of her best works, veils of superimposed color create a sense of infinite depth, seeming to coalesce within the profundity of the pot.

Rose Cabat was a singular figure in midcentury ceramics: a miniaturist who concentrated her energies on tiny pots that she called “feelies” that could be held in the palm of the hand. Cabat was yet another self-taught glaze chemist, who built up a huge palette of colors and textures over time; each of her pieces is somewhat like a single brushstroke within an ongoing pointillist composition.

Three contemporary artists included in Painting in the Dark suggest the range of painterly exploration currently unfolding in the discipline. The work of Tony Marsh (b. 1954) seems to have been not so much made as unleashed. Painting in the Dark features his aptly titled series Neo-Crucibles, an allusion to the vessels in which chemists (and before them, alchemists) bring about their reactions. The works are indeed compounds of color and texture, simultaneously recalling geological specimens and modernist collages.

Marsh’s contemporary Marit Tingleff (b. 1954) works at spectacularly large scale, making full use of this arena of action, covering the surface with coursing rivulets of glaze. In terms of format, Tingleff ’s work is the most explicitly painting-like of the works included here, yet its weight and assertive materiality clearly establishes its medium-specific character.

While Kathy Butterly (b. 1963) is widely celebrated for her polymorphous sculptural shapes, this exhibition context places particular emphasis on her use of color. Informed by her deep interest in historical and contemporary painting, her works are often like canvases that have been furled and manipulated, forming compositionally complex, internally relational topologies.

Taken as a whole, Painting in the Dark provides viewers with an intense and sensually gratifying aesthetic experience, while also making clear that the discipline of ceramics, so often marginalized in the past, has played a crucial part in the history of painterly abstraction.