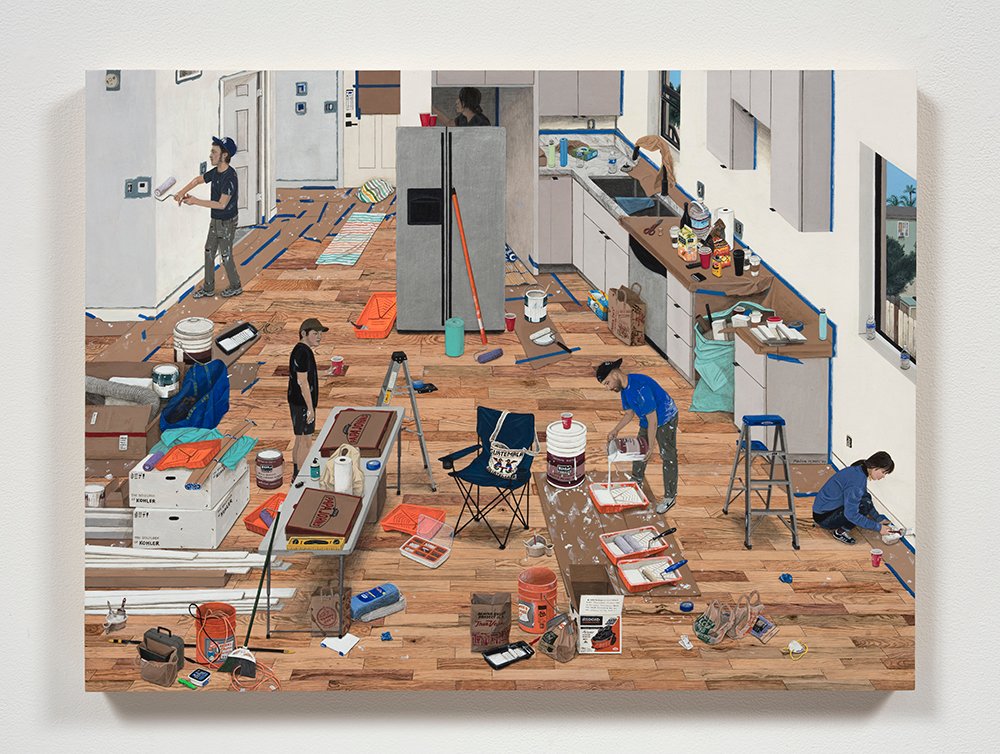 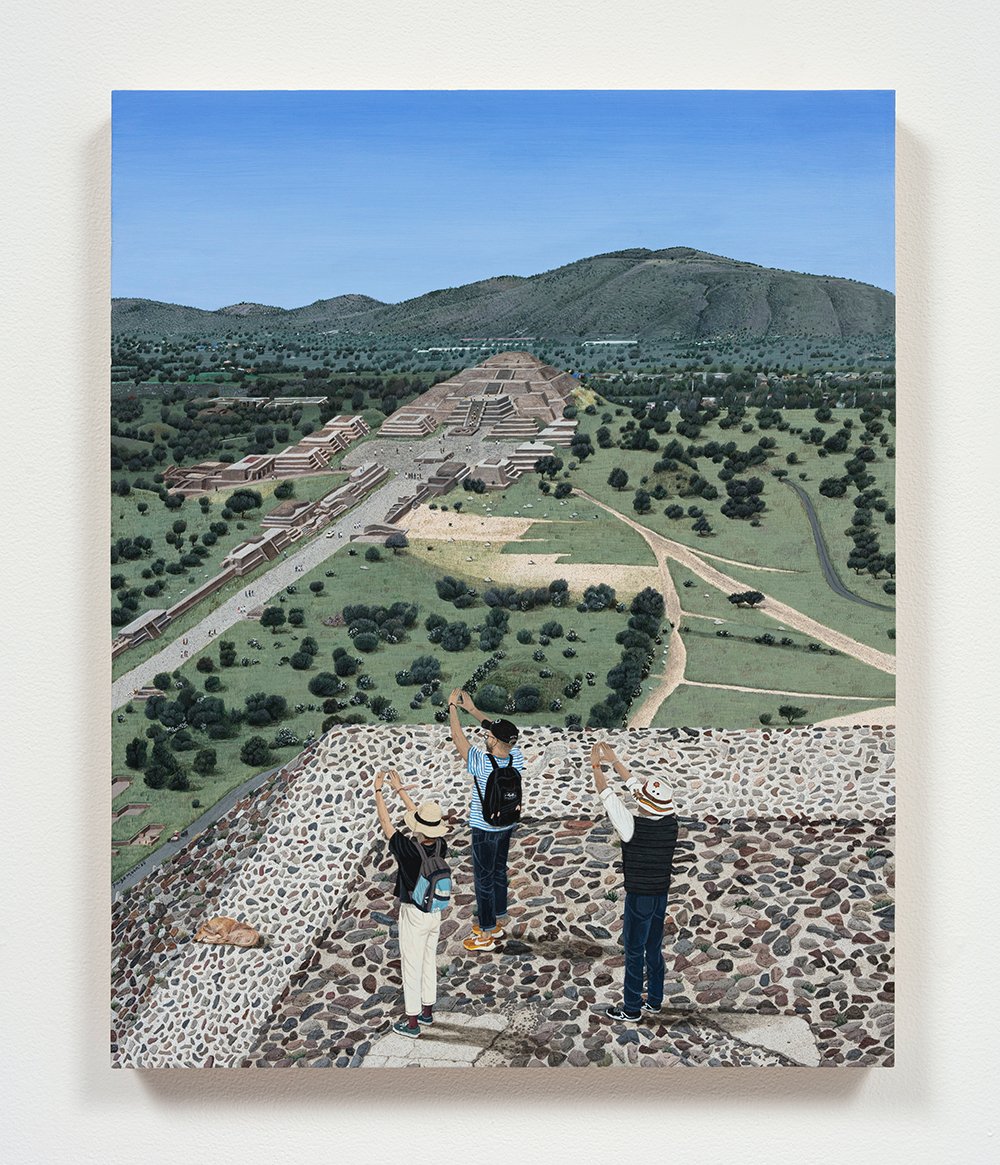 Paige Jiyoung Moon
Teotihuacan and Us, 2020 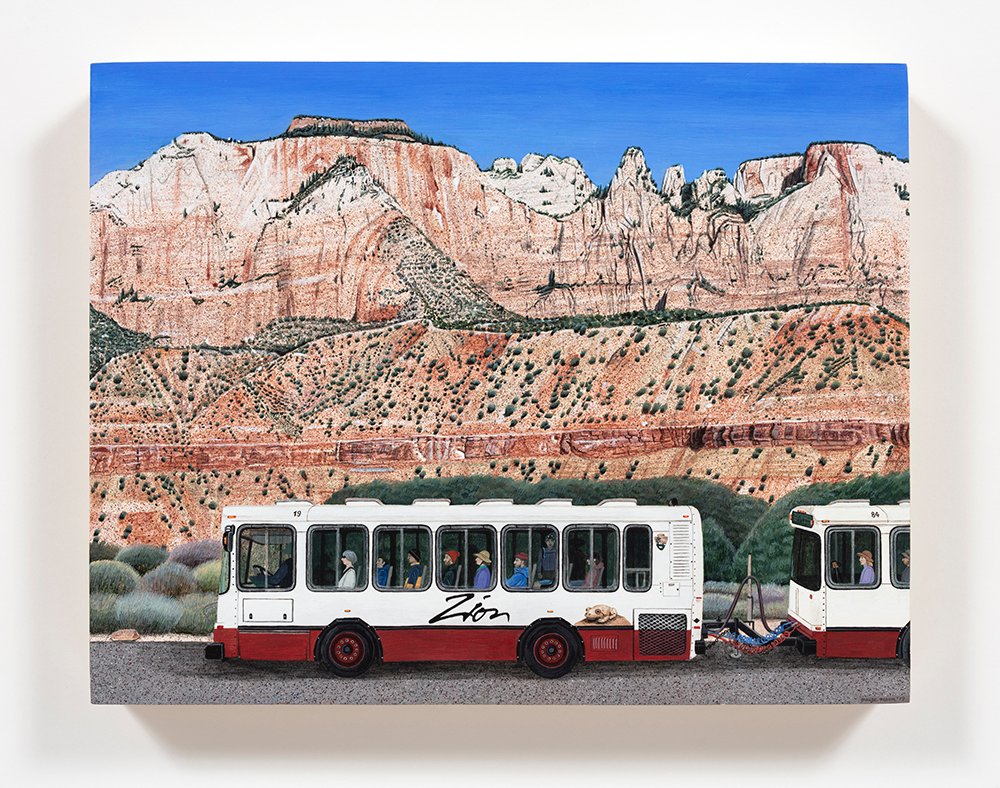 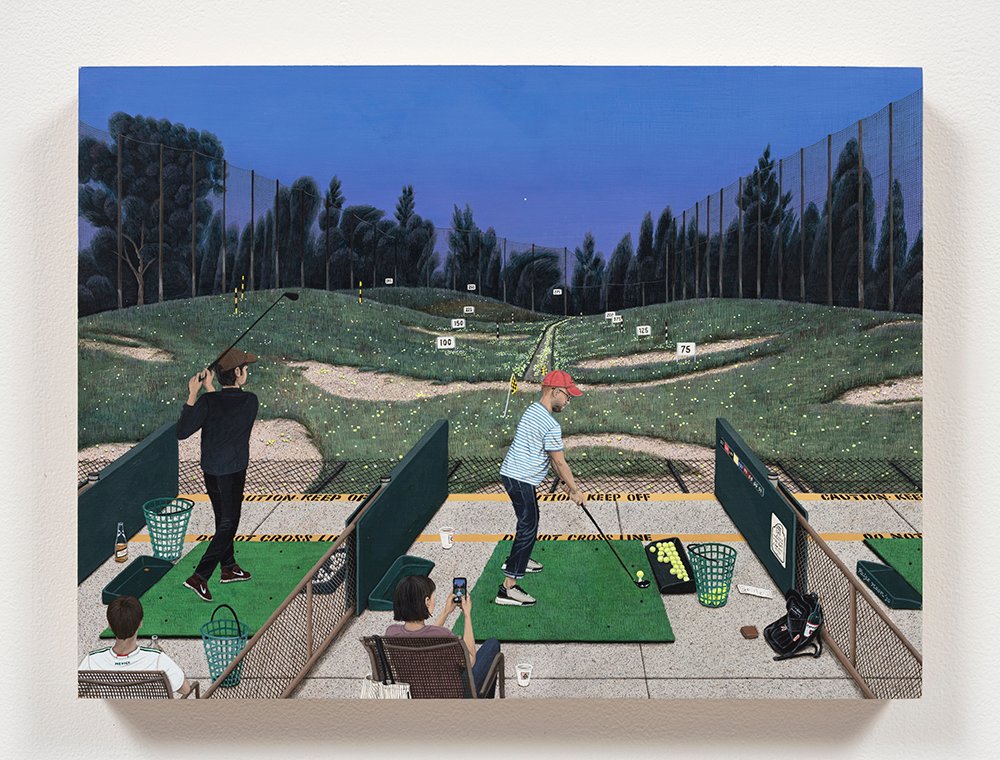 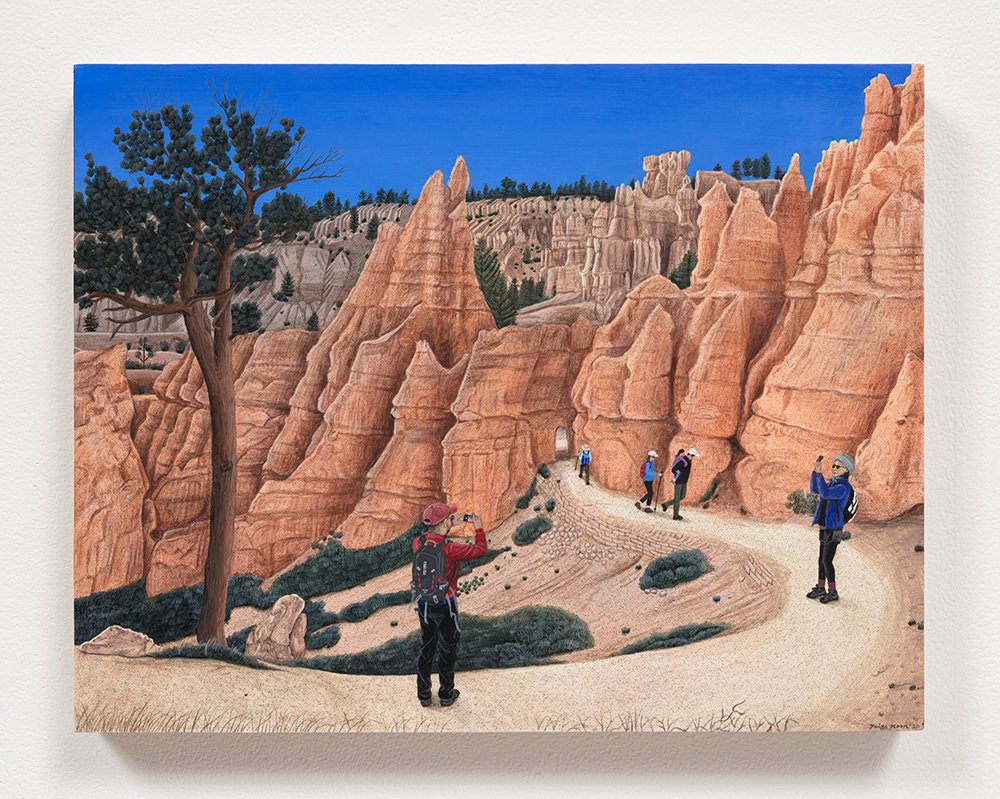 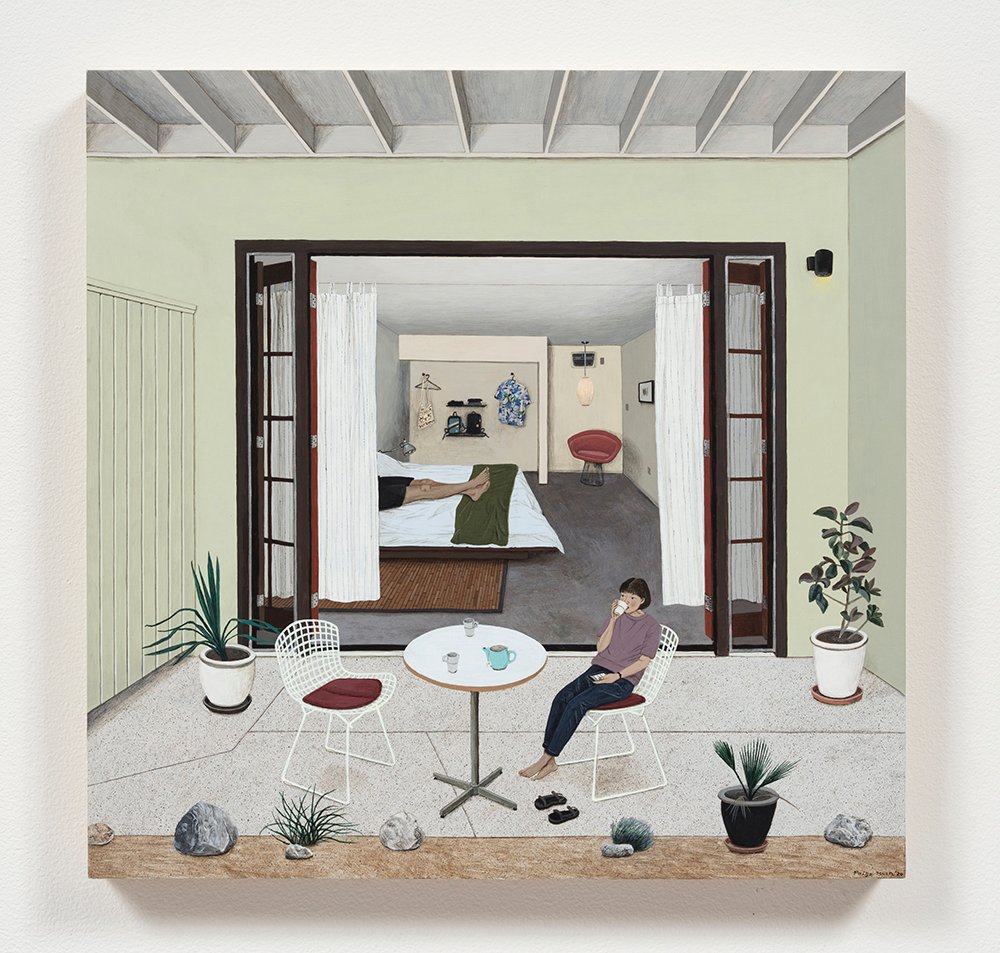 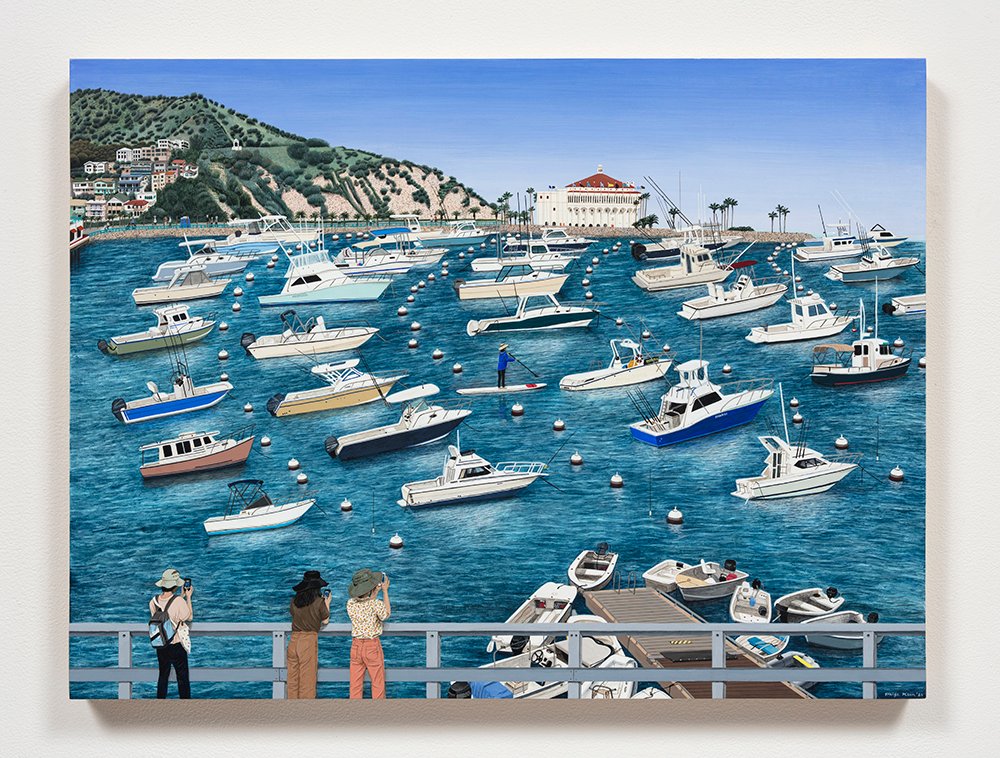 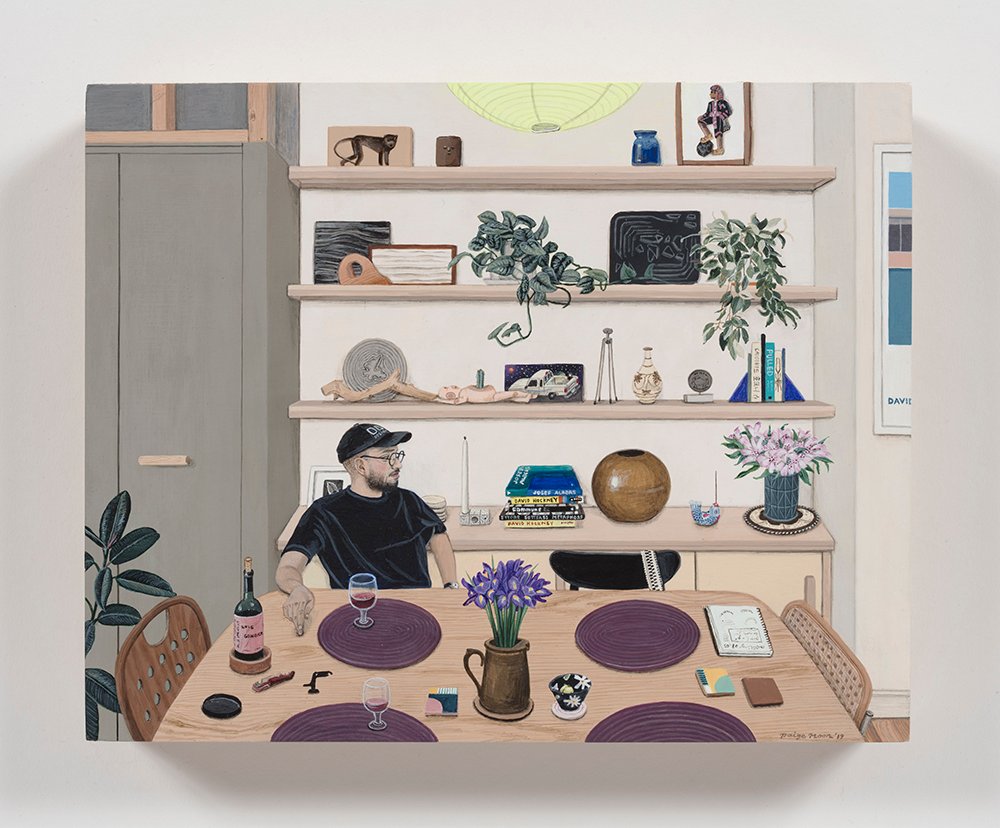 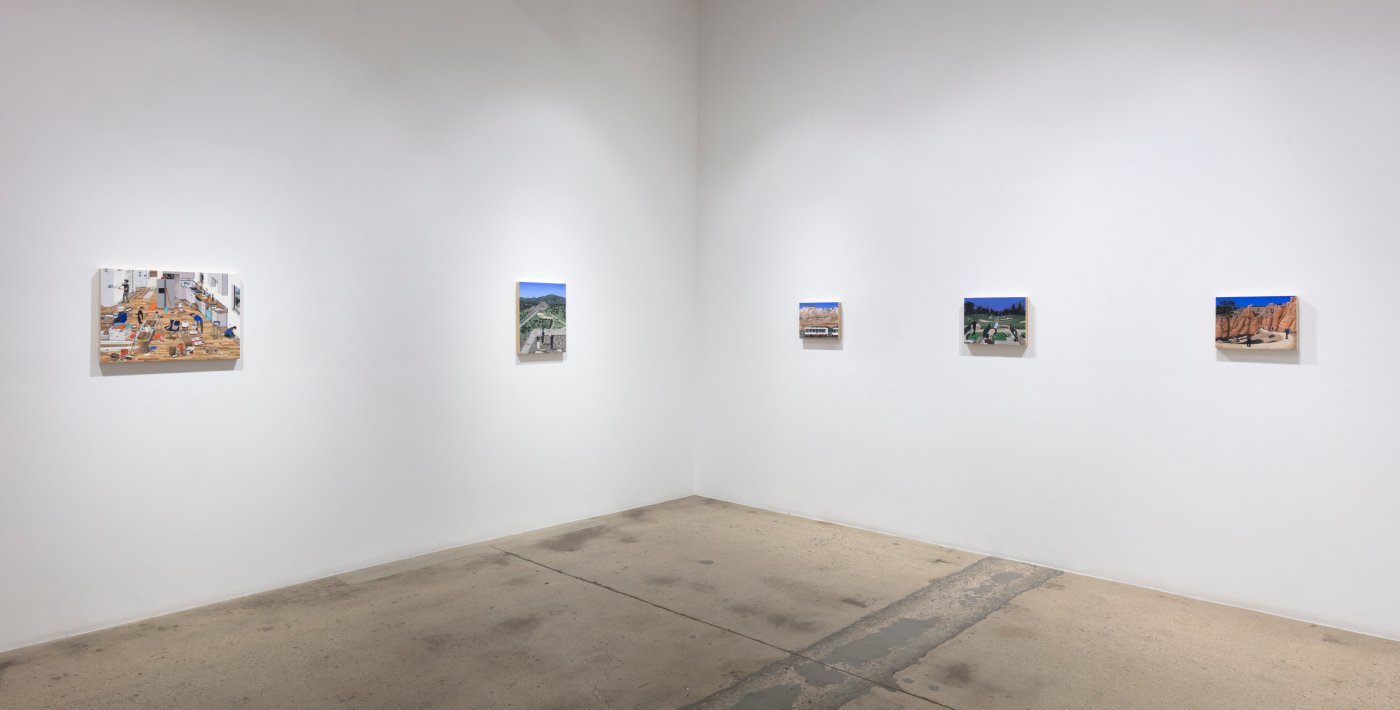 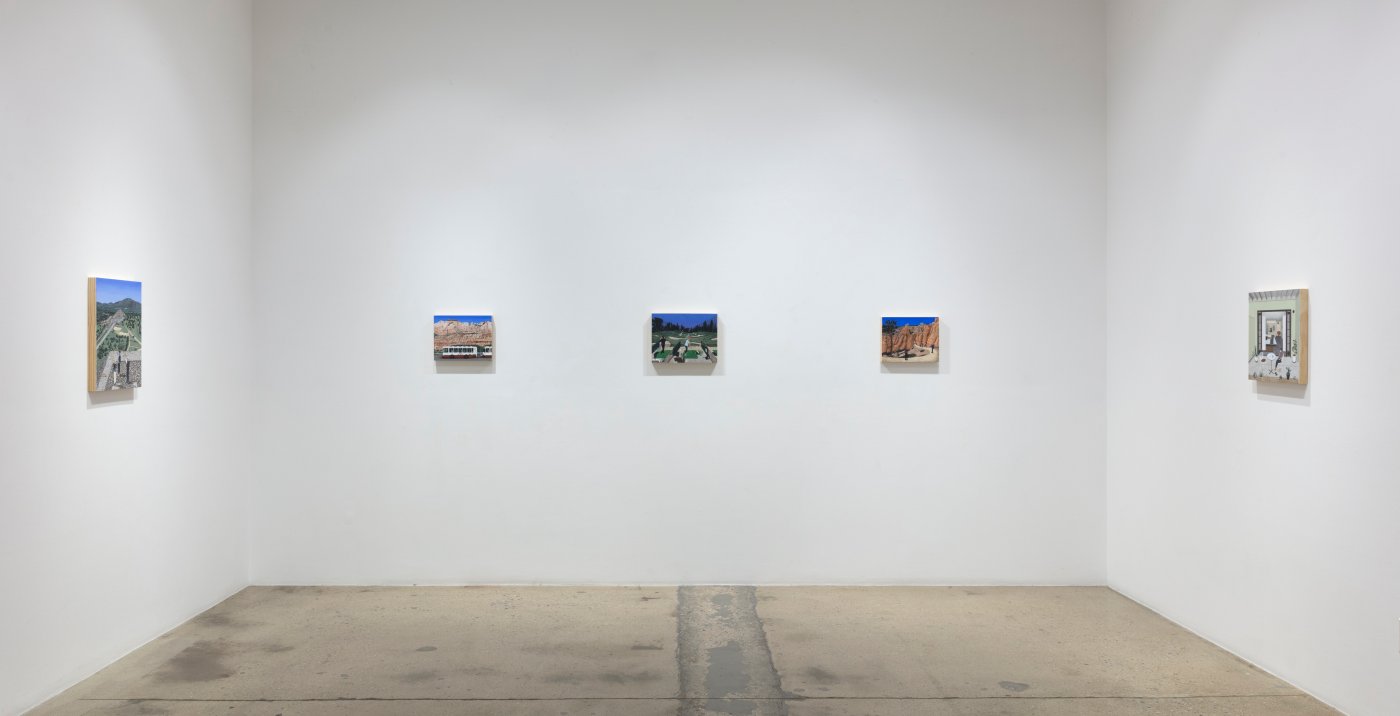 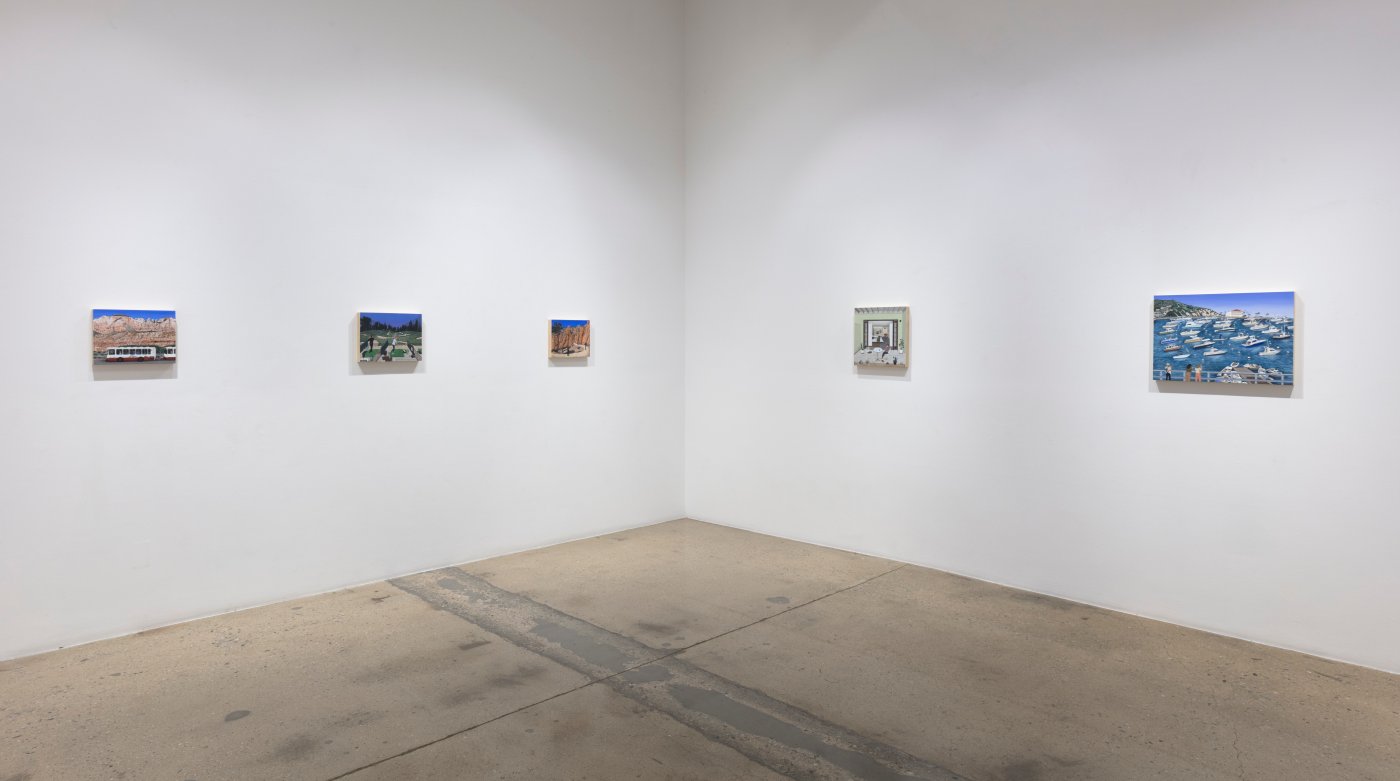 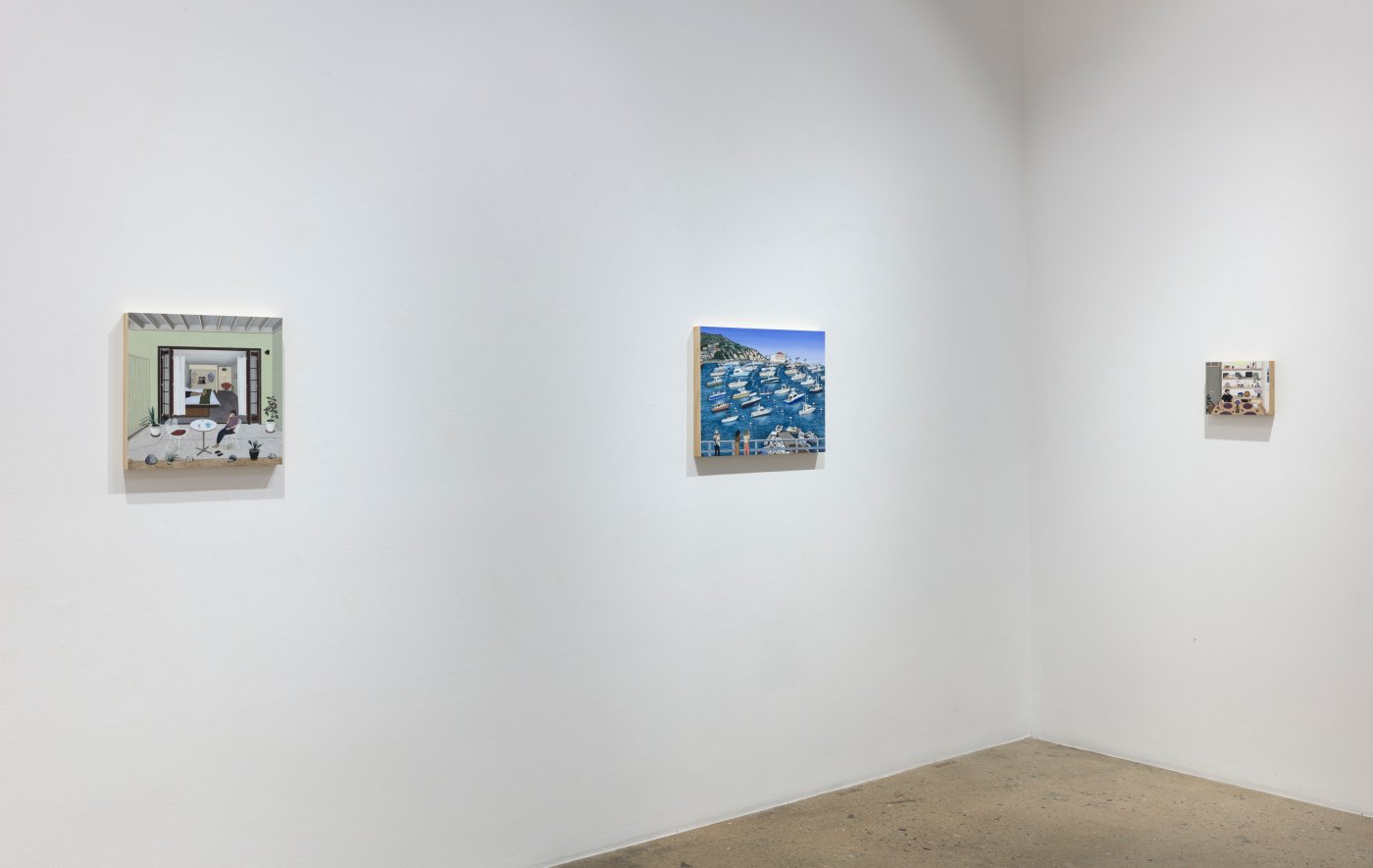 Most depict special experiences such as trips to Catalina Island, Zion National Park, Bryce Canyon or the pyramids near Mexico City. Others depict more mundane scenes such as her husband driving golf balls or a group of friends painting the walls of her house. Moon does not always follow rules of perspective or scale, but that does not diminish her paintings. They have an innocence that shines through, recalling a more carefree time. In a Los Angeles Times review of Moon’s 2019 solo exhibition, Leah Ollman wrote:

“[Moon’s] honesty also injects a queasy contradiction with weighty import: The very kind of intense scrutiny of experience that Moon practices in composing these paintings is exactly what extensive time on the small screen disallows. Her manner of crisply and comprehensively transcribing the visual world might seem a thing of the past, but it is her patient, immersive, voracious way of seeing that is the real lost art.”

Born in Seoul, Moon moved to the United States to study at Art Center, Pasadena from which she earned a BFA in 2012. She has had solo exhibitions at Steven Zevitas Gallery, Boston and La Luz de Jesus, Los Angeles. This is her second solo exhibition at Steve Turner, Los Angeles.