Steve Turner is pleased to present Timescape, a solo exhibition by Mexico City-based Pablo Rasgado that features three monumental paintings that the artist has been working on since 2015. 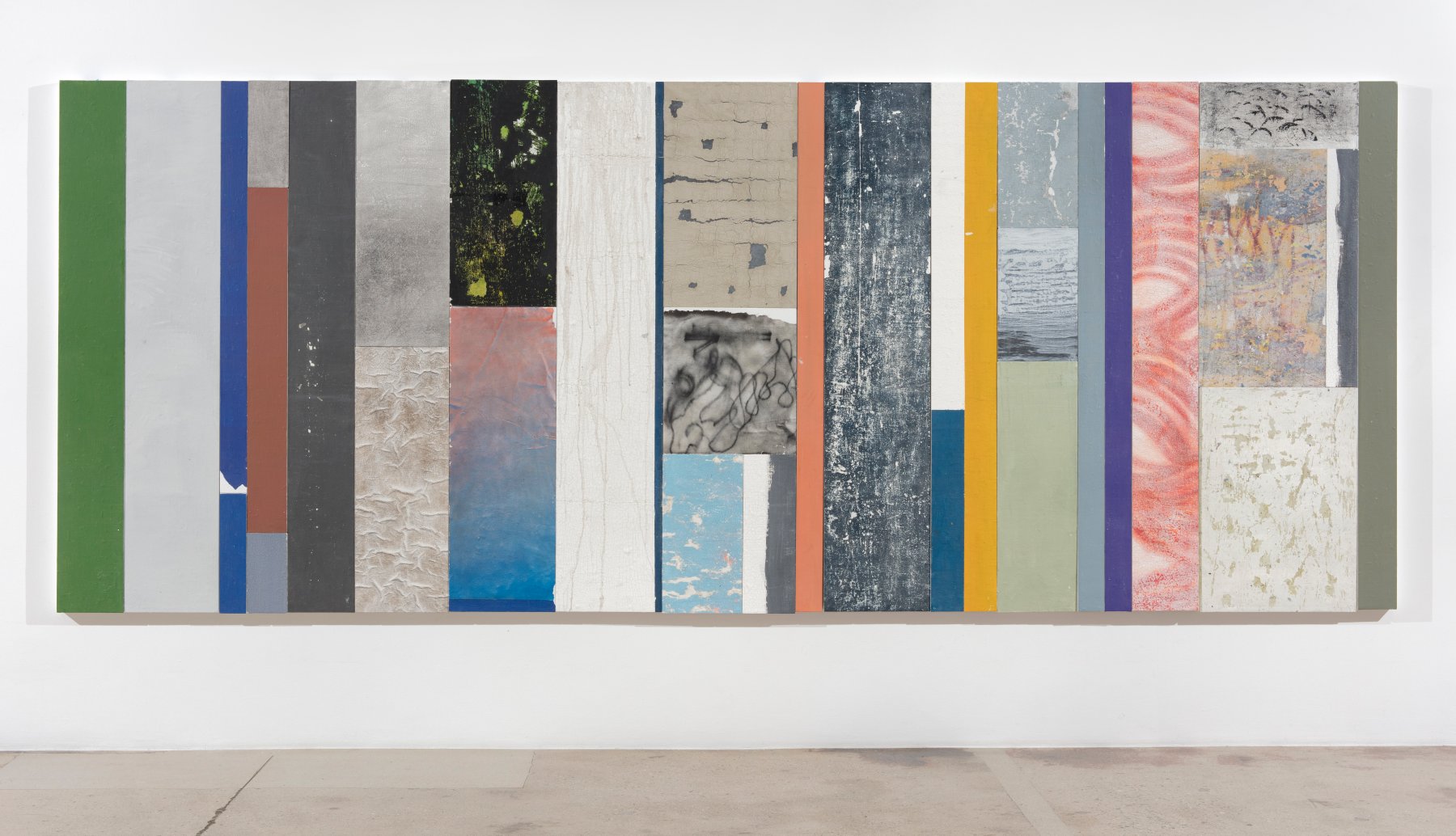 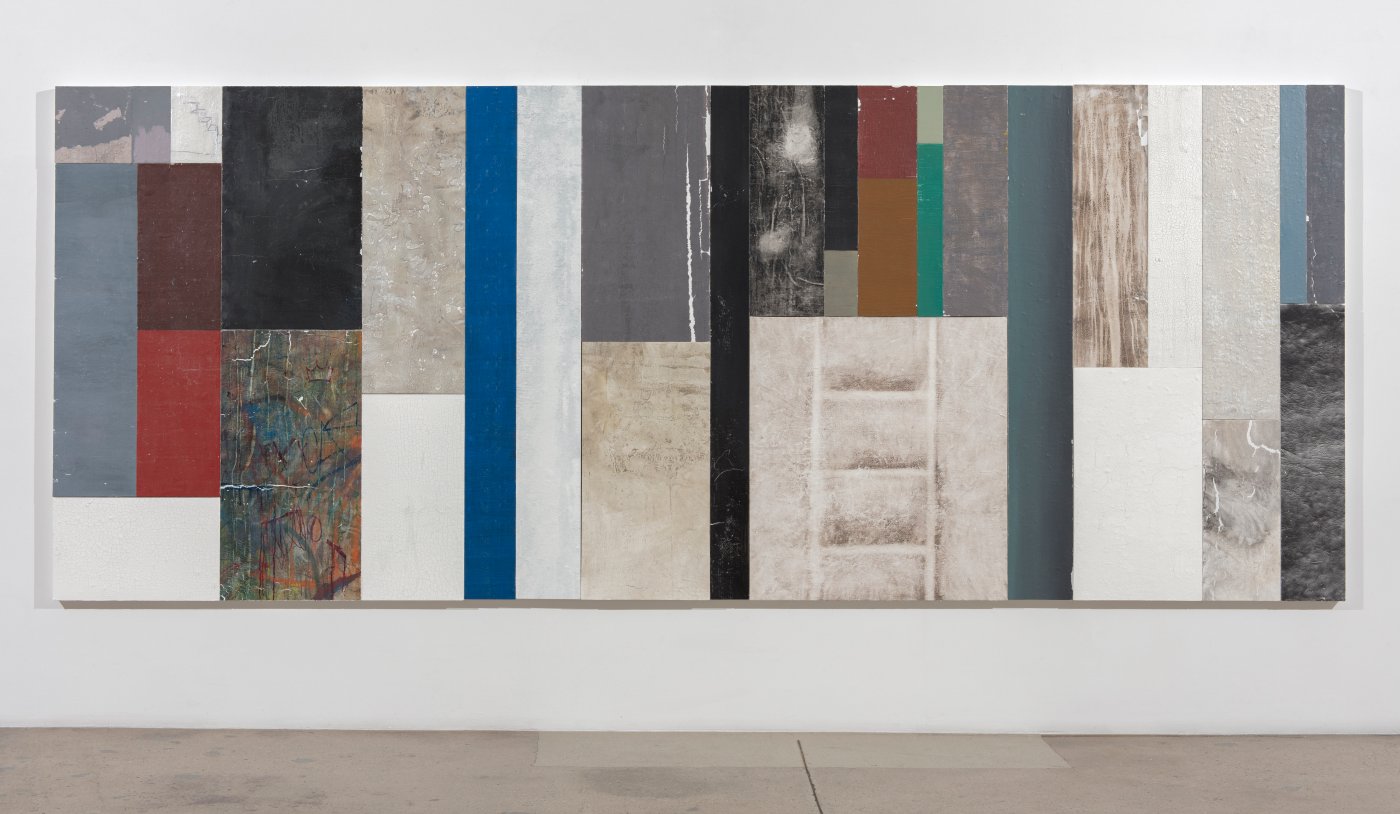 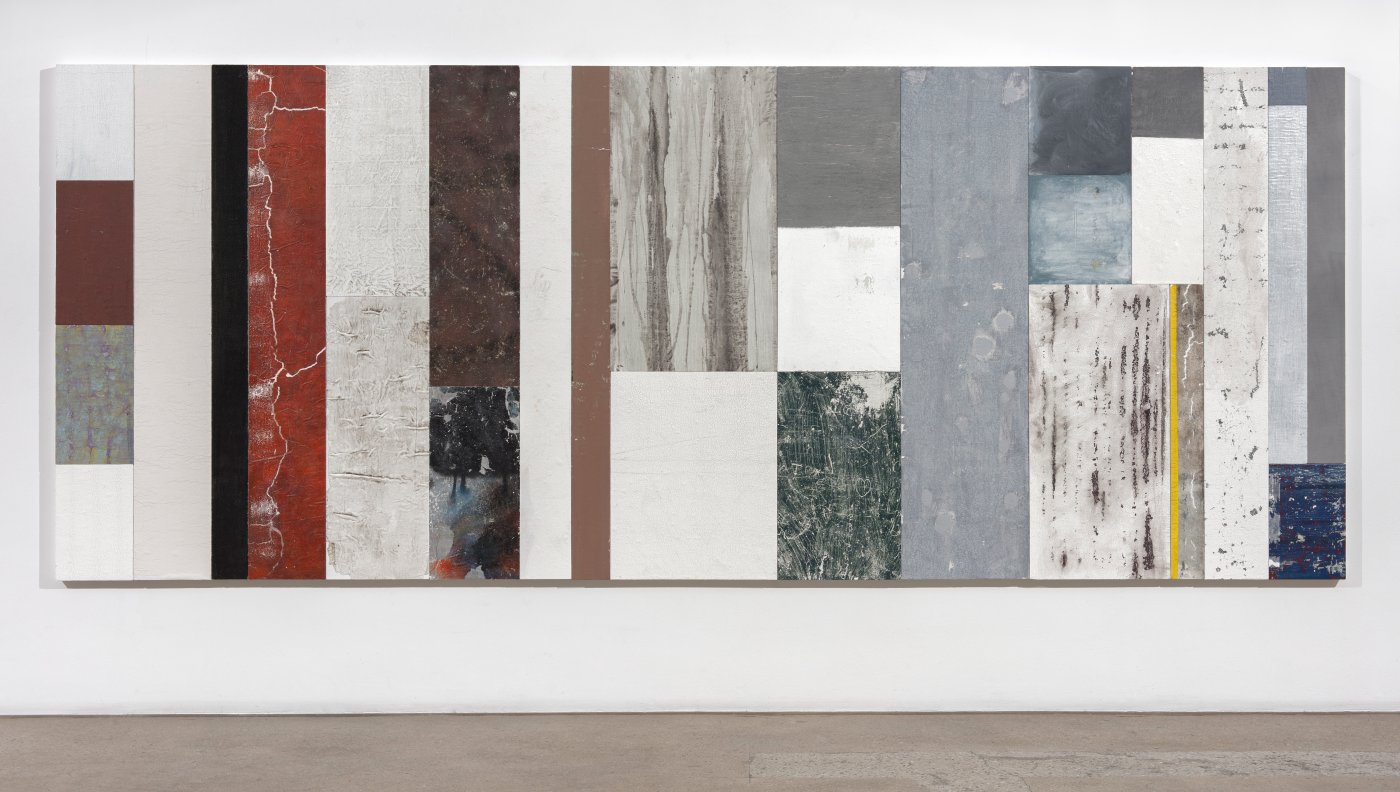 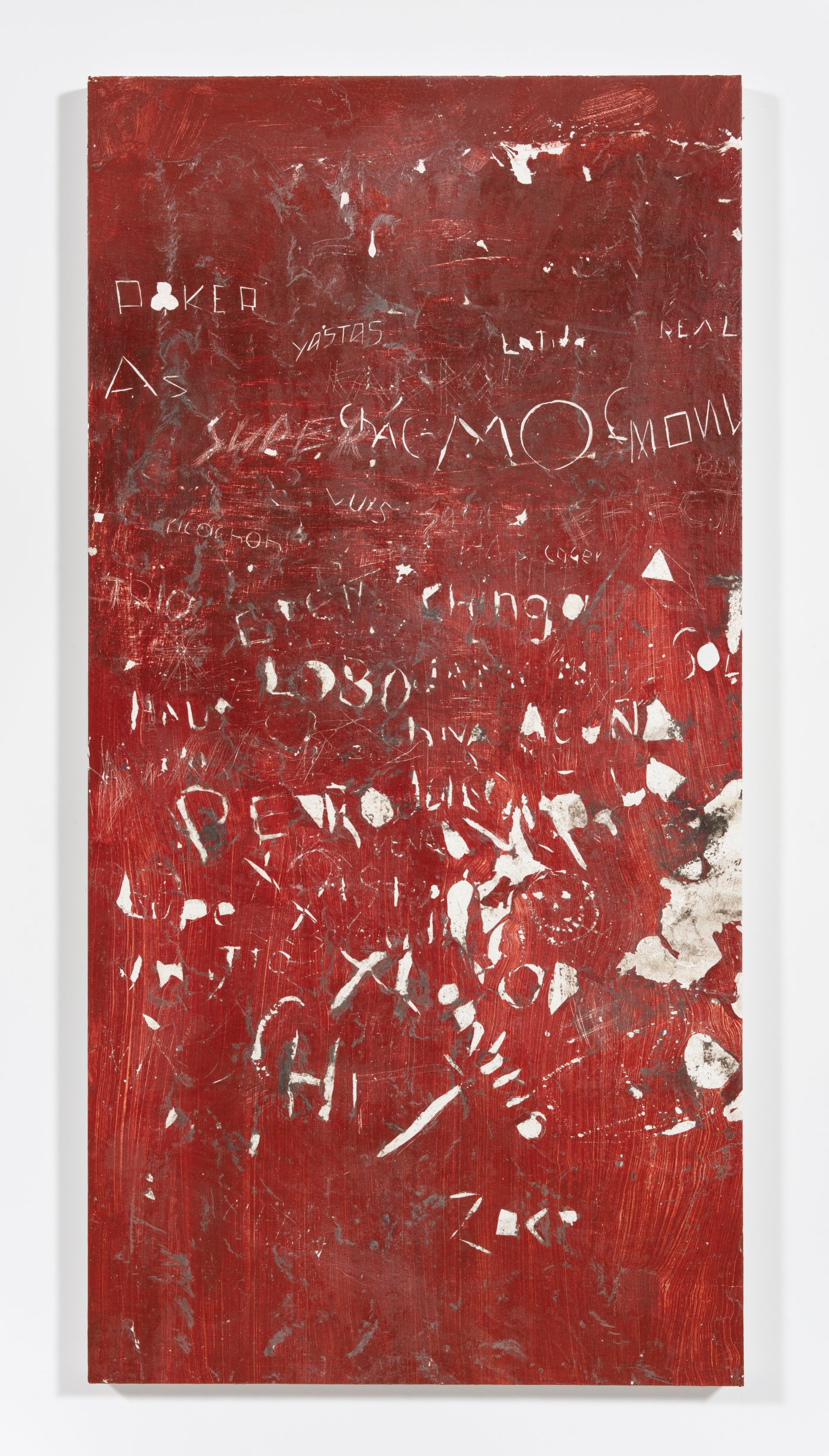 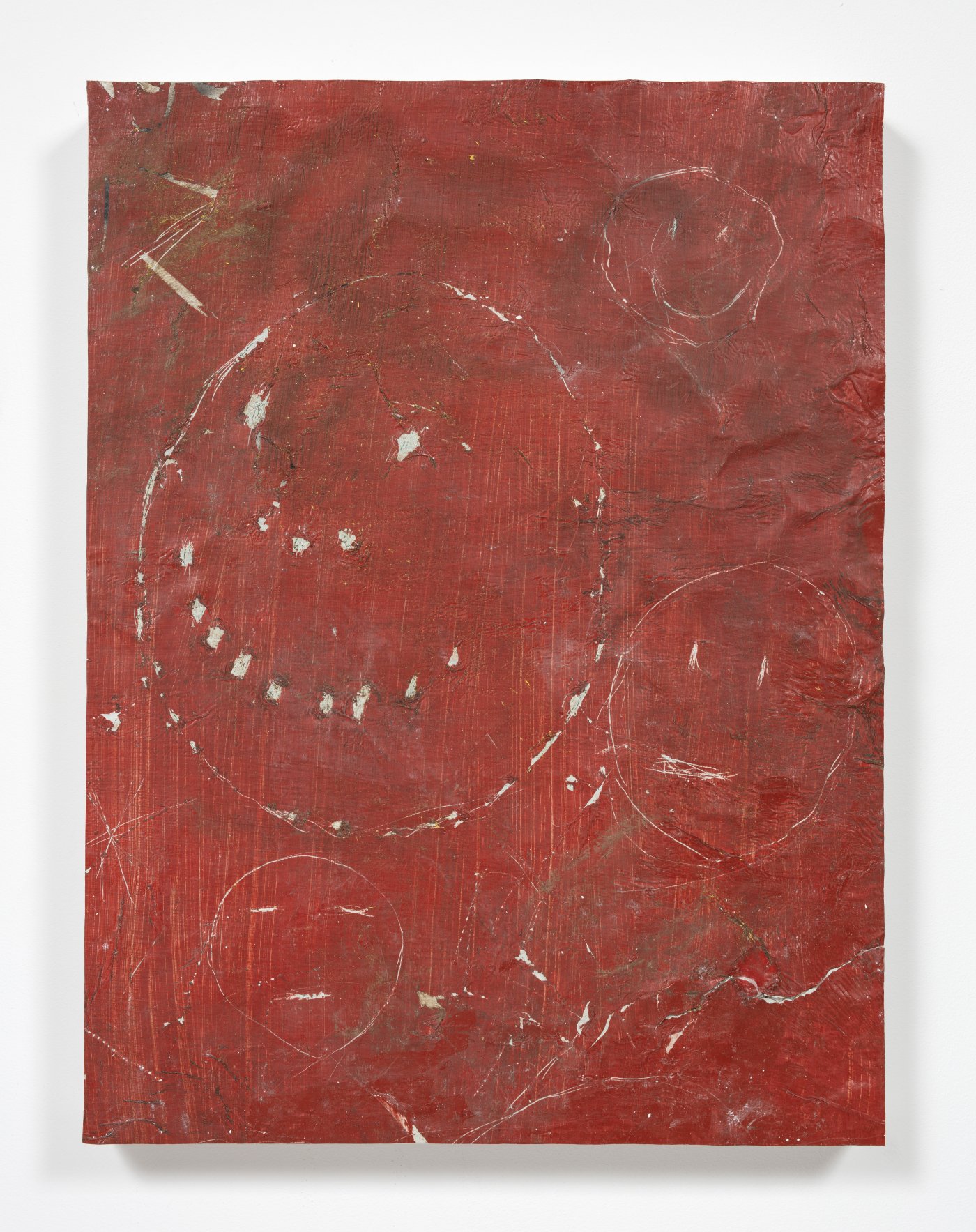 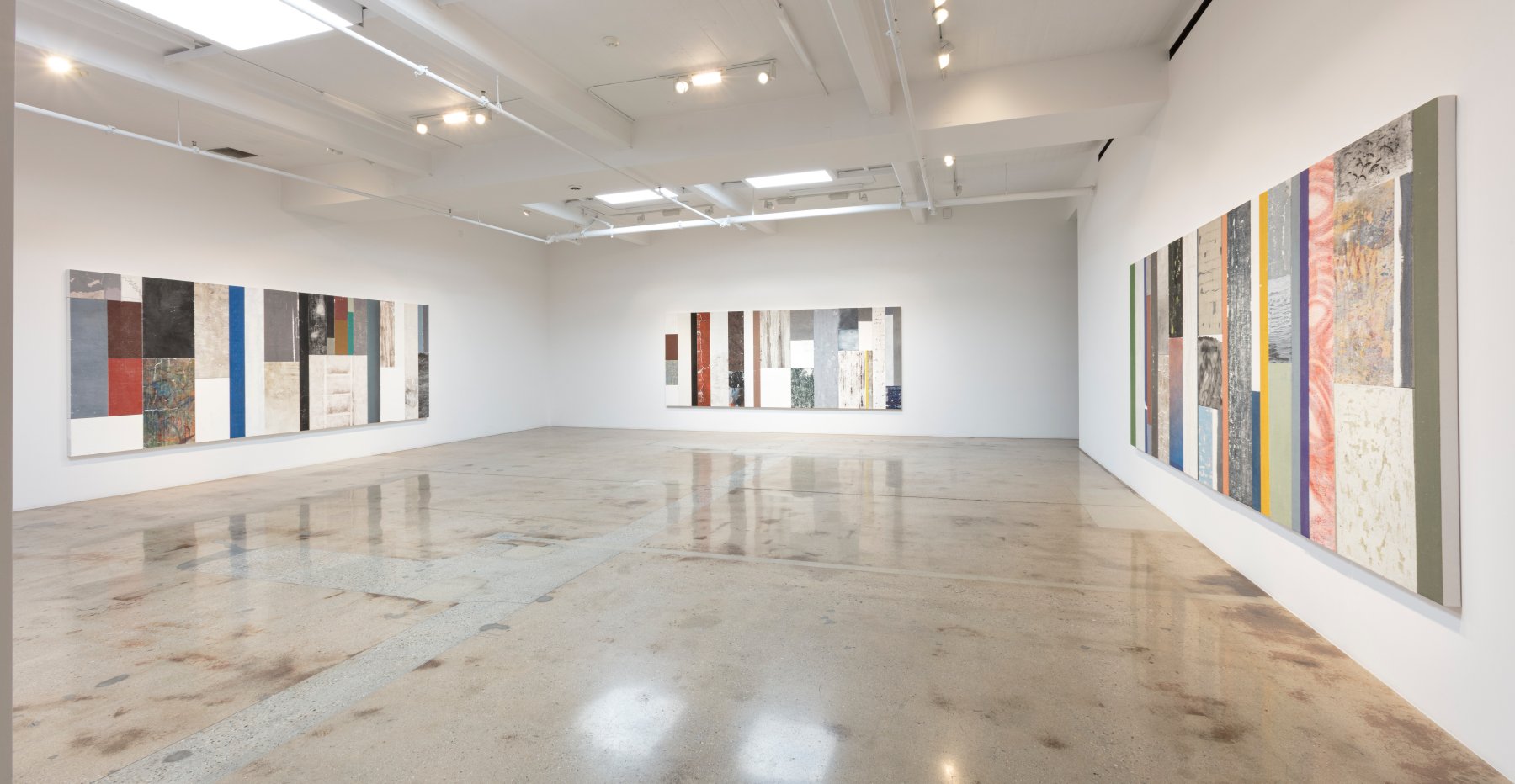 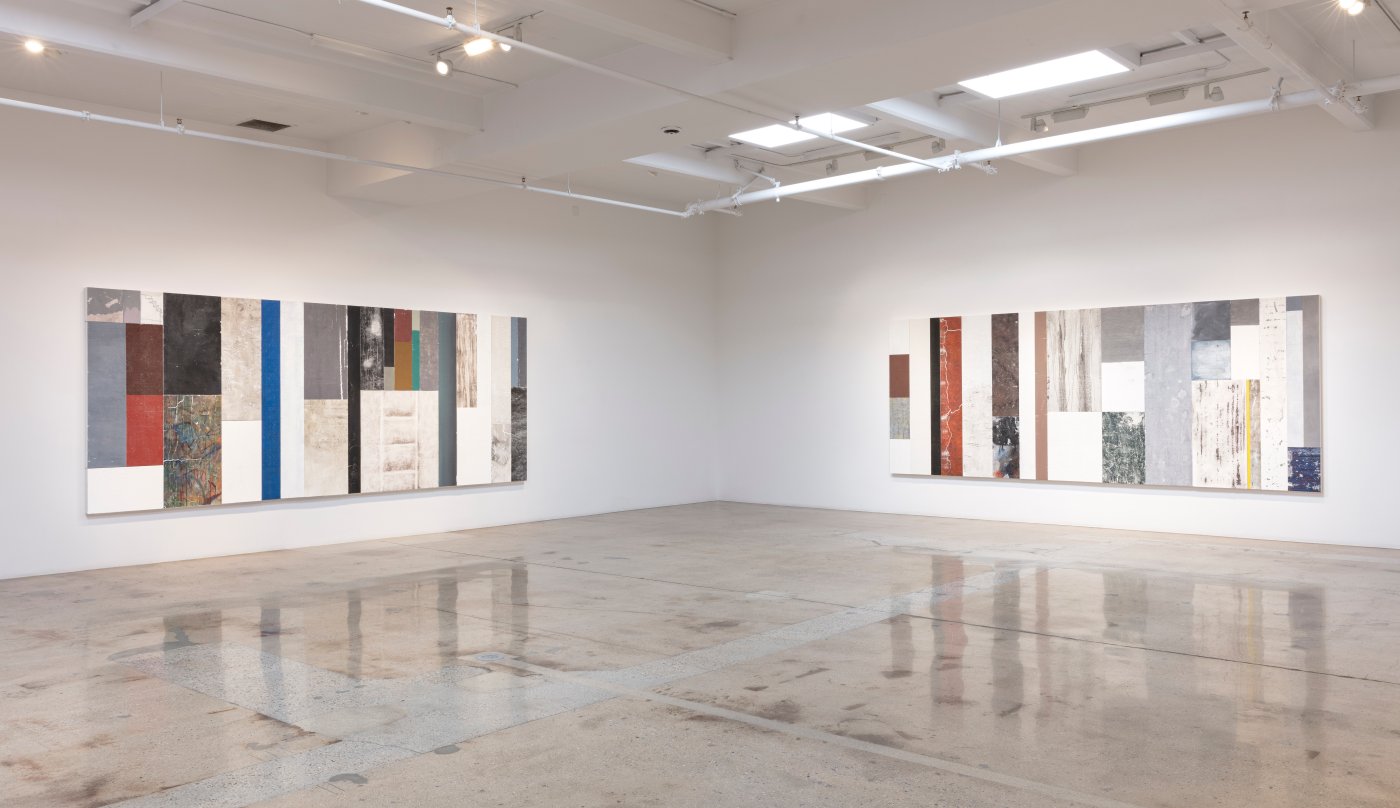 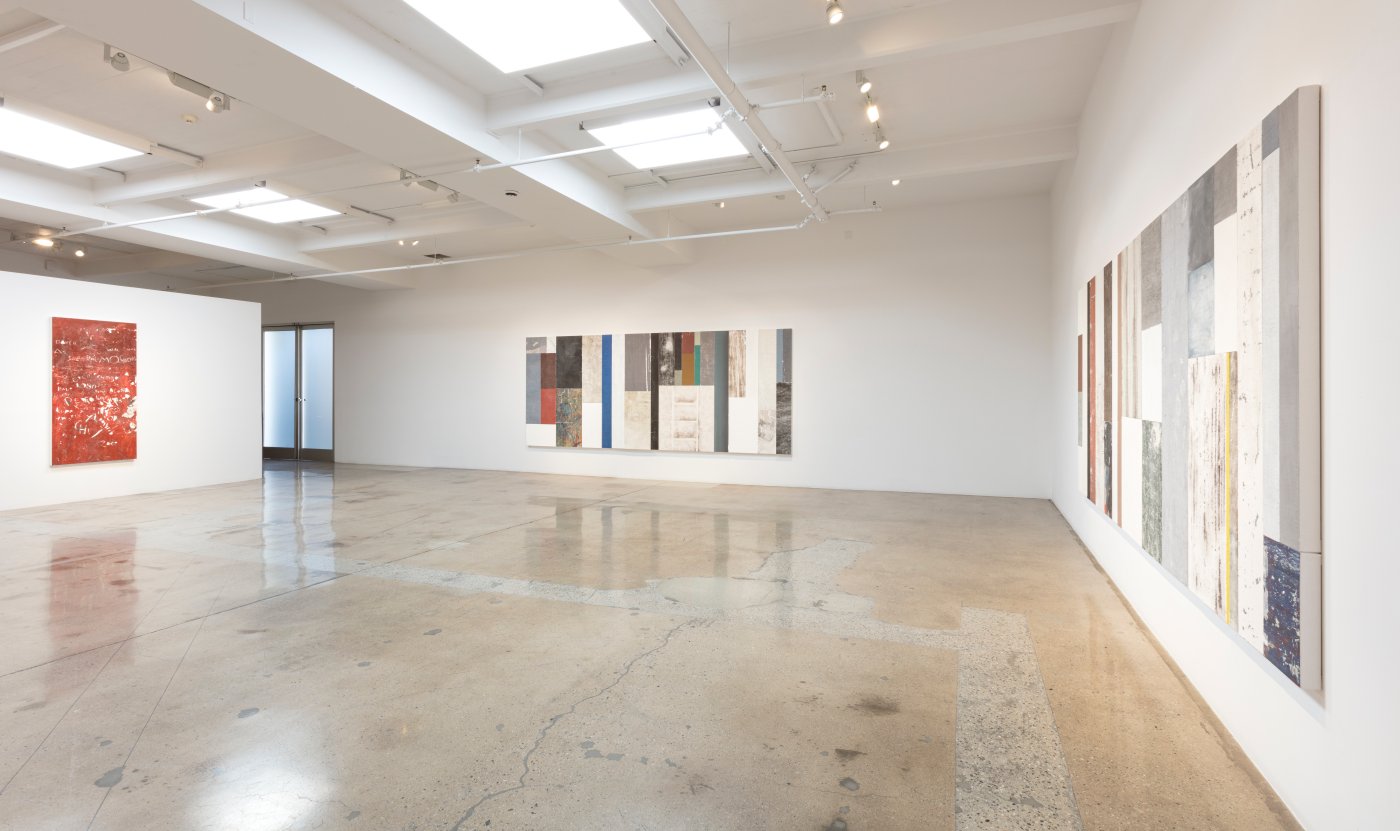 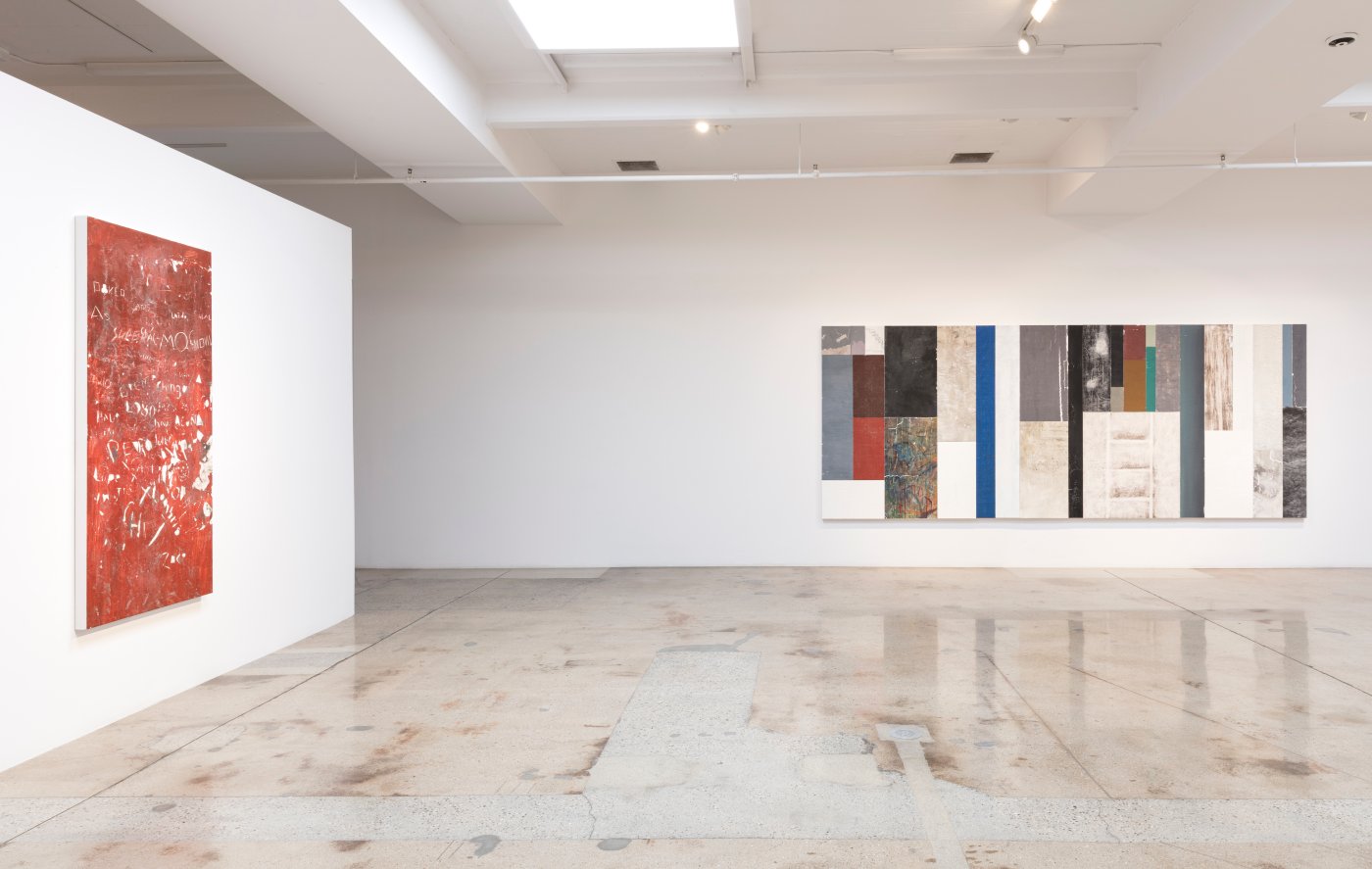 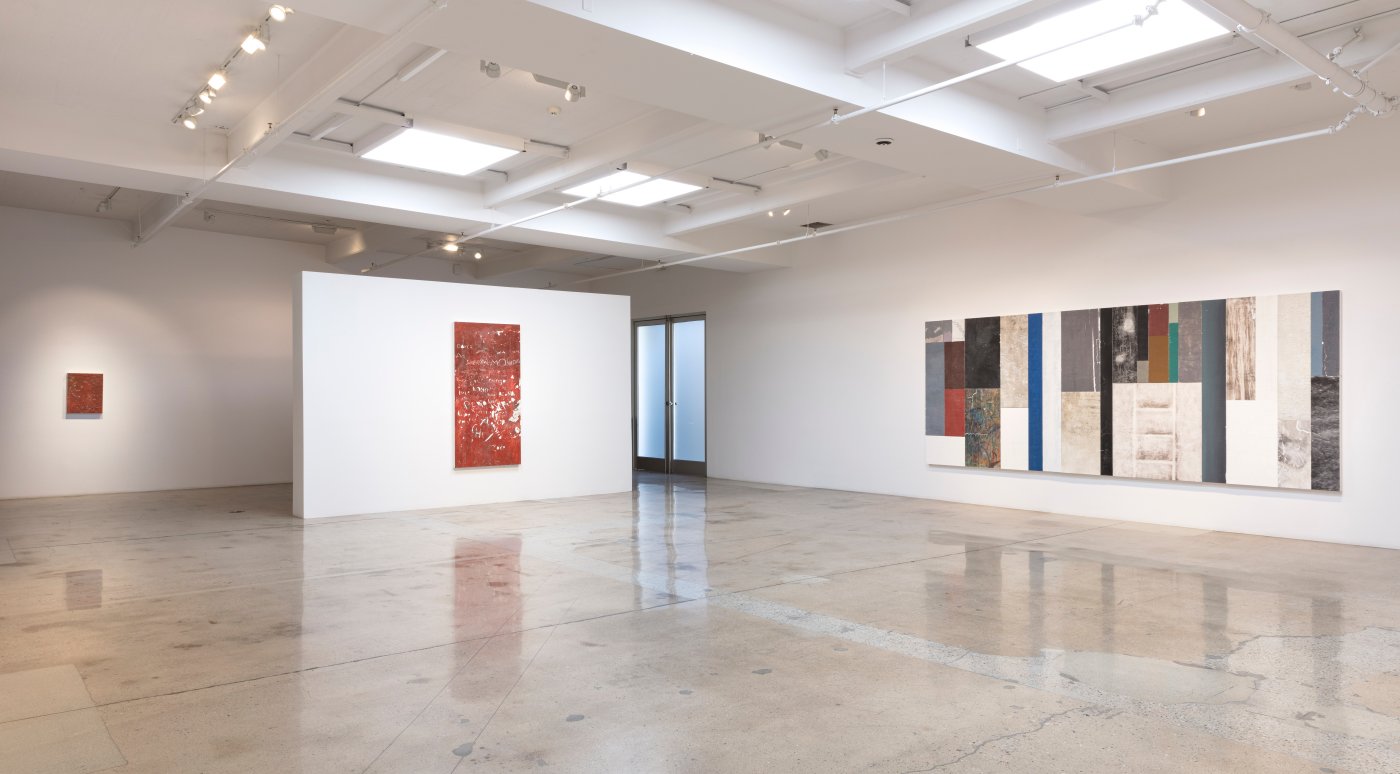 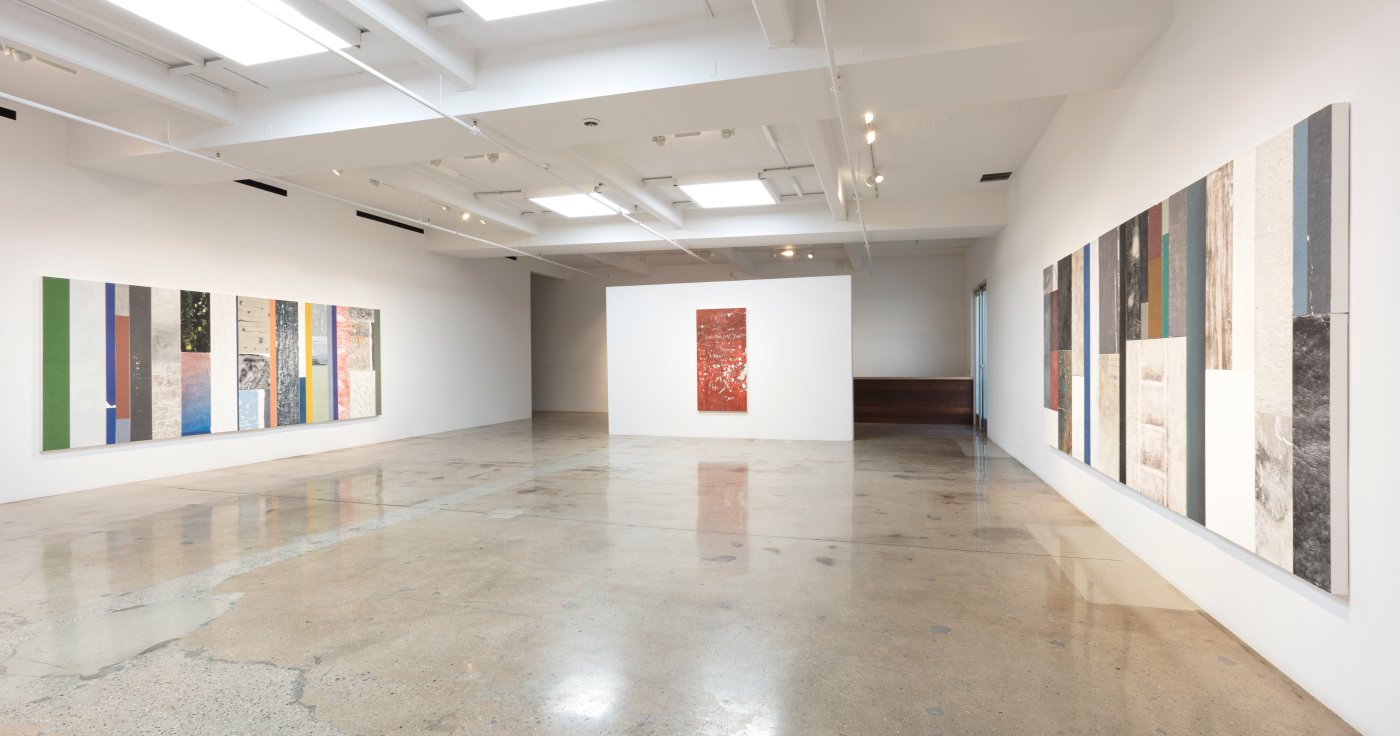 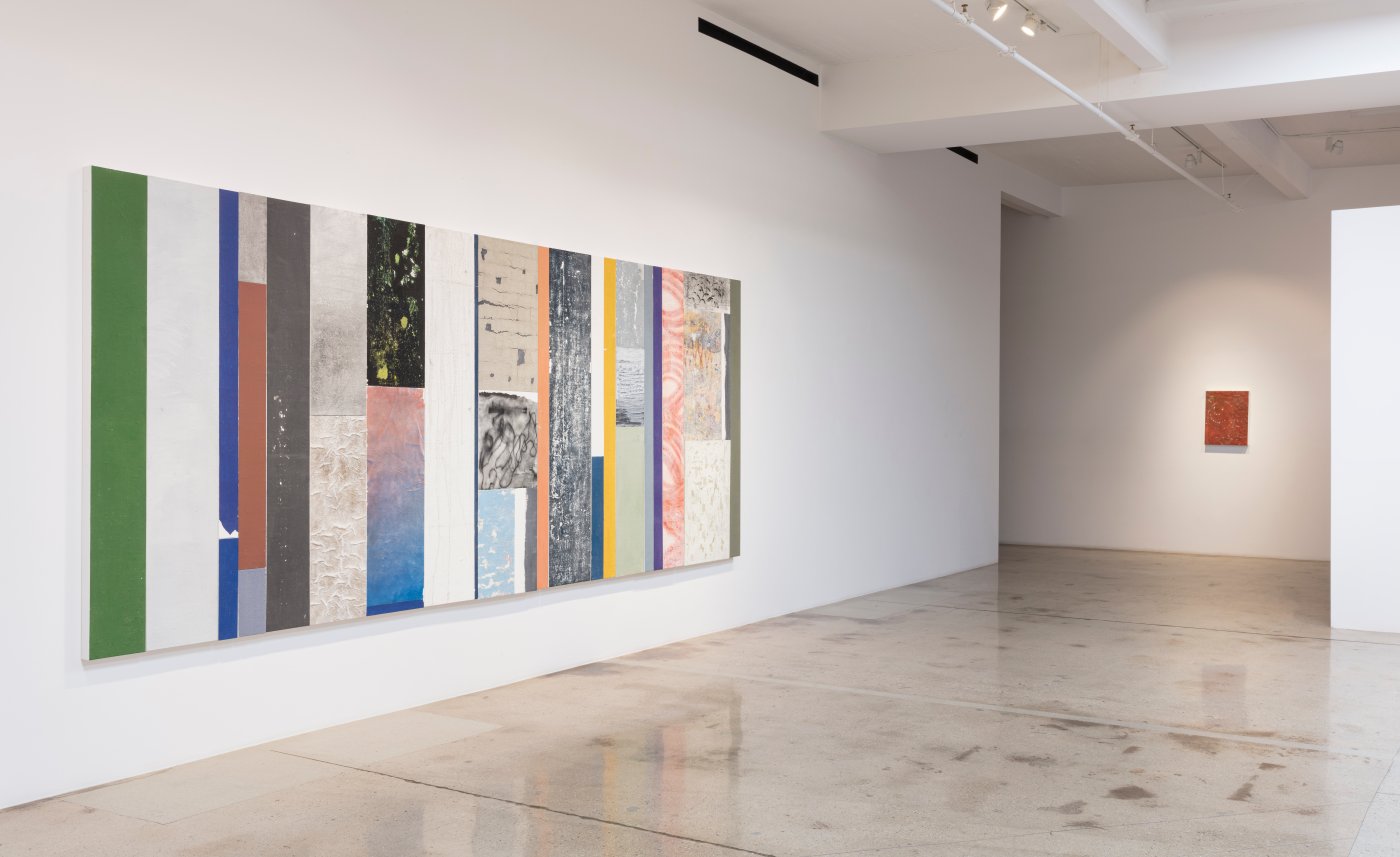 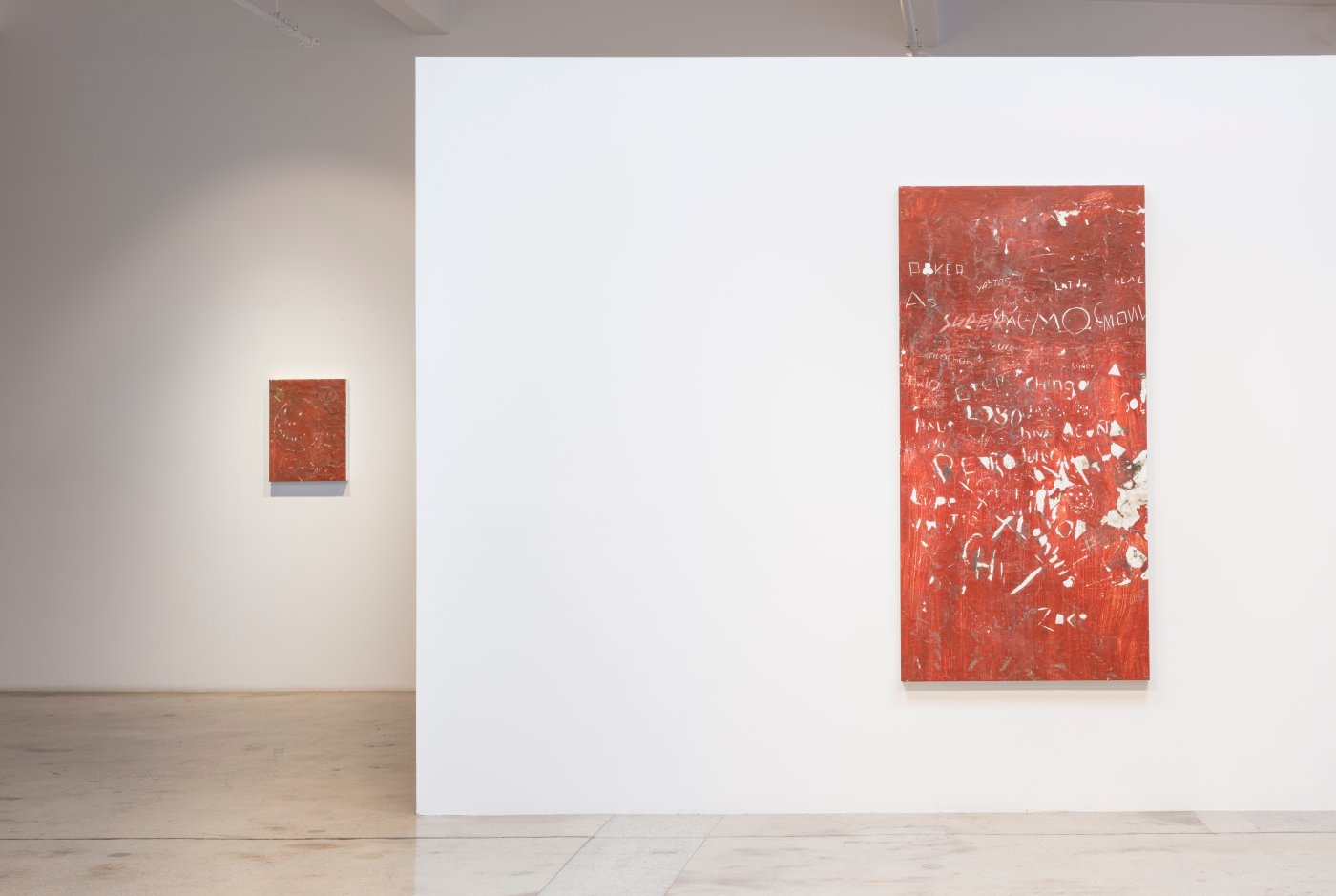 Each consists of twenty-five to thirty painted passages that Rasgado has removed from public walls around the world including Barcelona, Berlin, Brussels, Paris, New York, Philadelphia and Charlotte, North Carolina, cities where he has worked for extended periods of time, and Mexico City, where he lives. The sections will be installed side-by-side to produce a single work that spans more than sixteen feet in width and six years in time. In utilizing the Renaissance technique of strappo to extract painted passages in public space (originally developed to move frescoes from one location to another), Rasgado has created a new painting that functions as a literal landscape of the various source cities. By foregoing allegory or representation, Rasgado assembles a work that is both a record of specific instances of time, place and circumstance and also an evocative image with multiple readings. In addition to the three large multi-panel works, Timescape also includes two single-panel paintings that were extracted in Mexico City in much the same manner. Where the multi-panel works relate to a span of time and multiple locations, these record to a single moment from a singular place. Pablo Rasgado (born 1984 Zapopan, Jalisco, Mexico) has had solo exhibitions at Steve Turner, Los Angeles (2011, 2012, 2013, 2015, 2016 & 2017); Piero Atchugarry, Miami (2019); Arratia Beer, Berlin (2012 & 2014); OMR, Mexico City (2013); and Museo Experimental El Eco, Mexico City (2011). His work was included in the 11th Mercosul Visual Arts Biennial, Brazil (2018); Cuenca Bienal, Ecuador (2016) as well as other group exhibitions at CAM Raleigh (2014); The Los Angeles County Museum of Art (2013); Herzliya Museum of Contemporary Art, Israel (2013); Museo Carrillo Gil, Mexico City (2012); and Museum of Modern Art, Mexico City (2010). His work is owned by public collections including Wattis Foundation, San Francisco; Perez Art Museum, Miami; Jumex Collection, Mexico City; and The Los Angeles County Museum of Art. Rasgado lives and works in Mexico City.