Our Lady of the Flowers

Our Lady of the Flowers

Our Lady of the Flowers is a special presentation pairing two visionary iconoclasts of the twentieth century, Diane Arbus and Carol Rama. 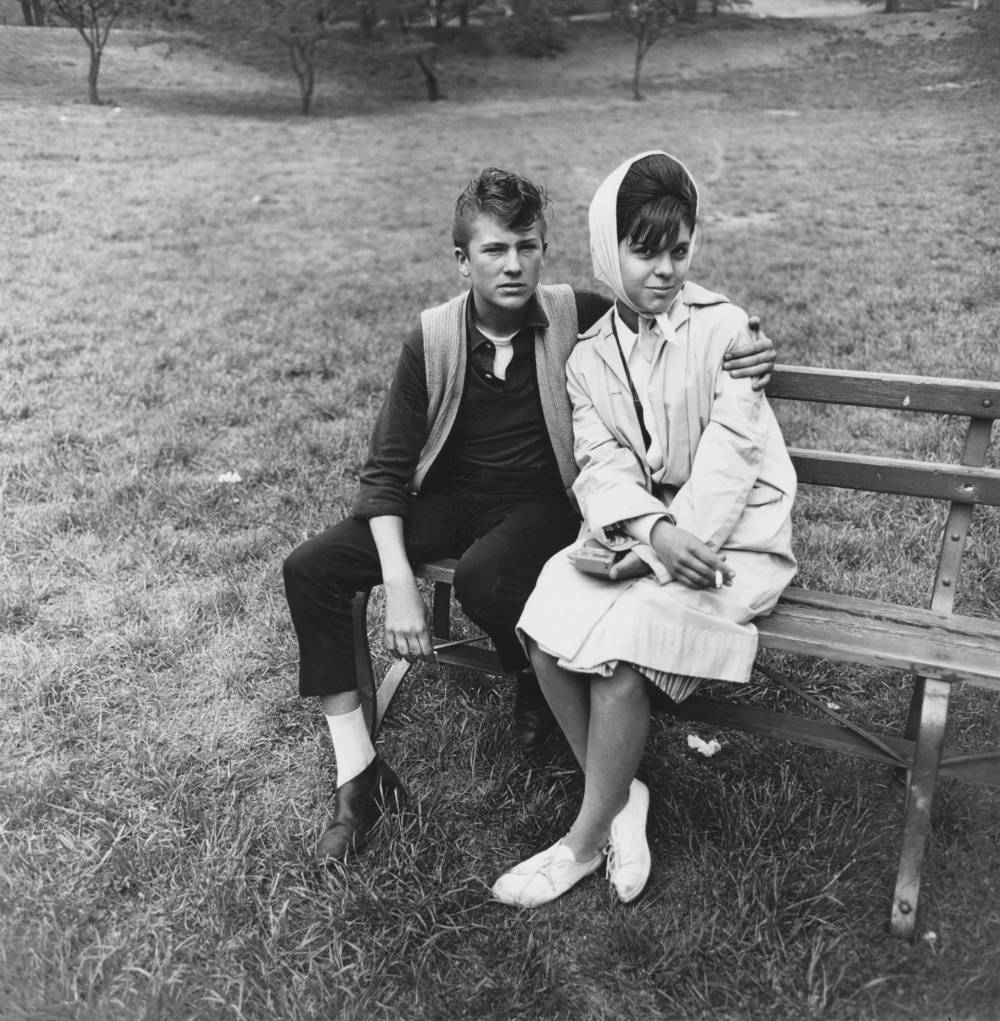 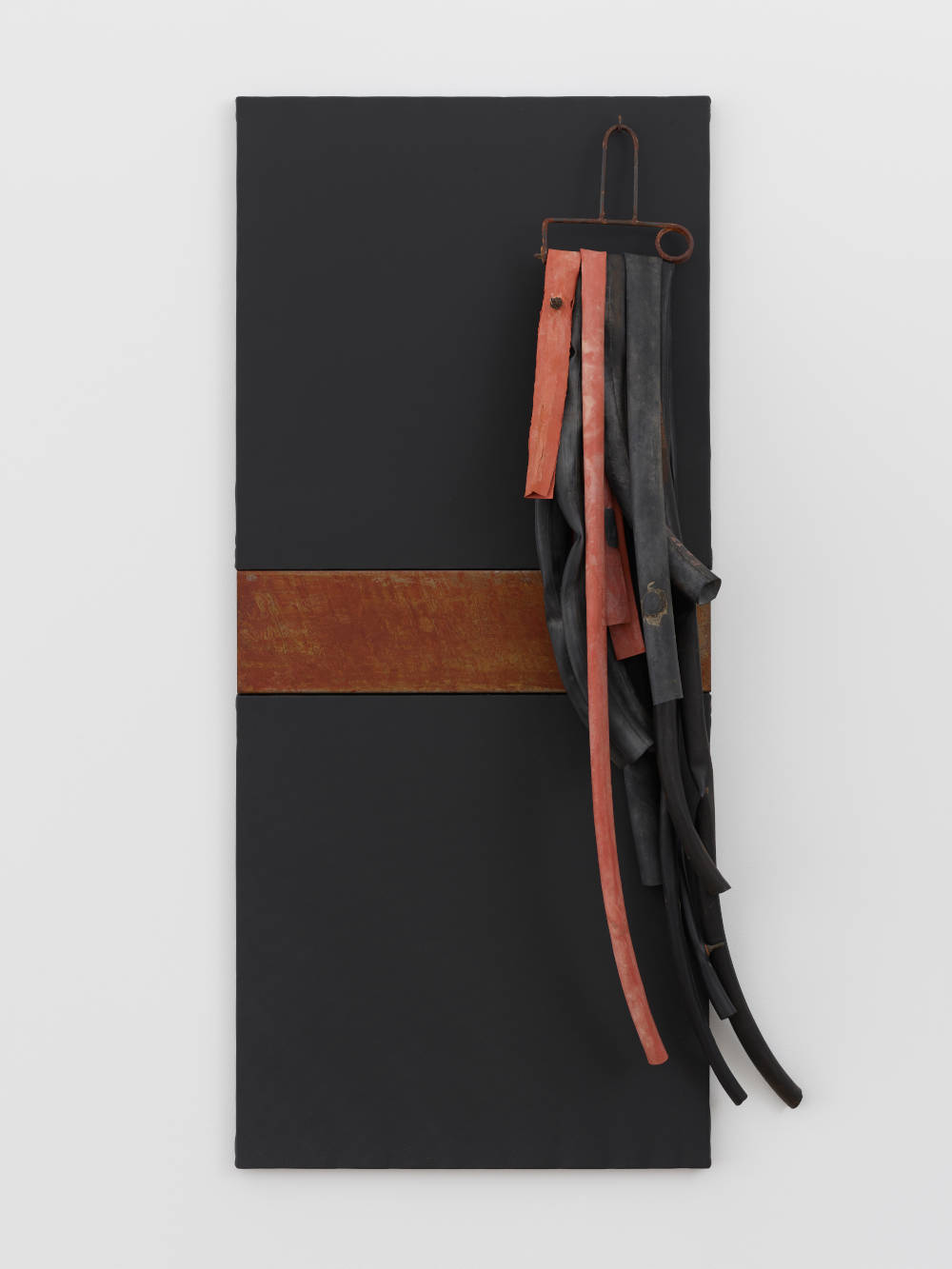 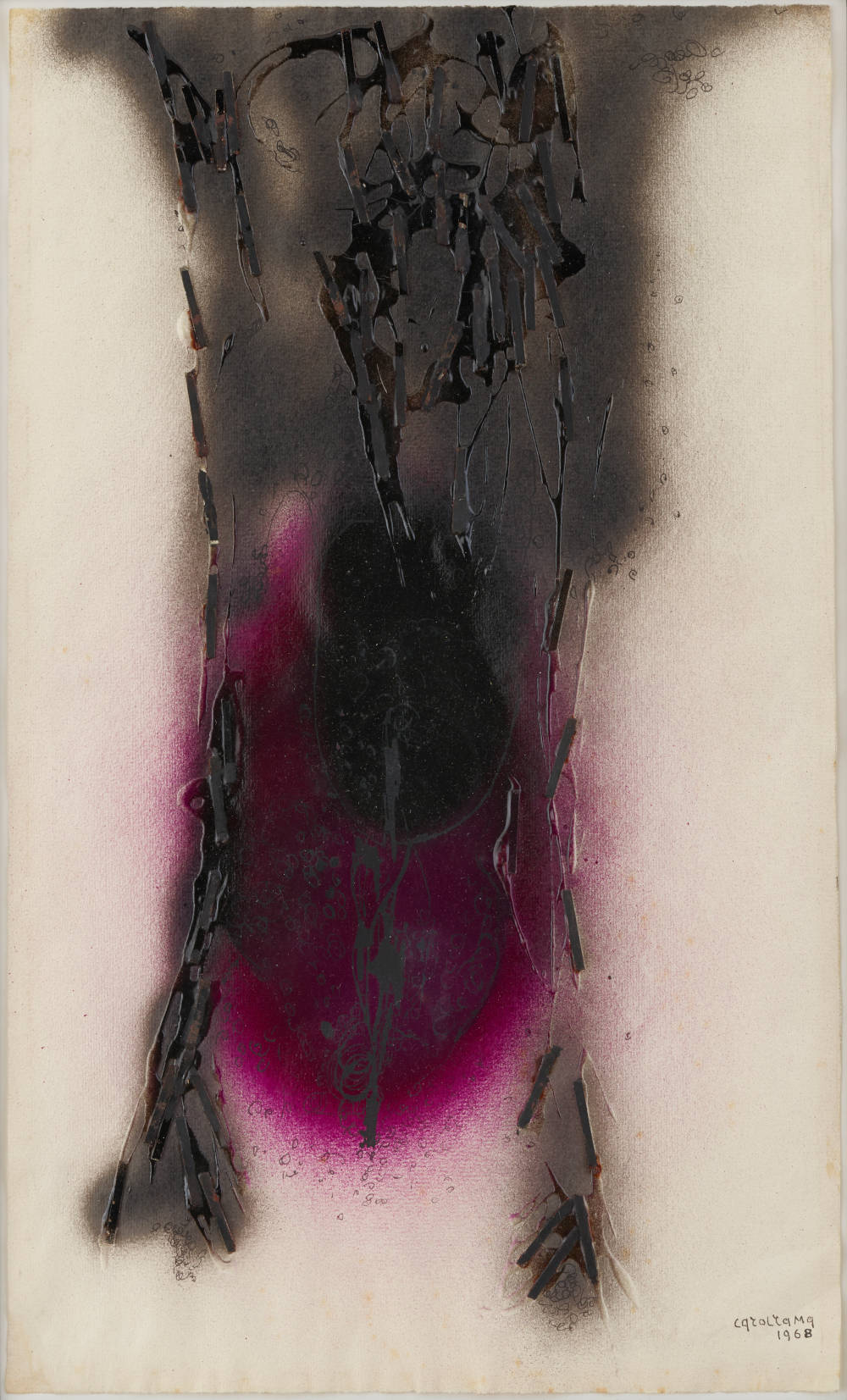 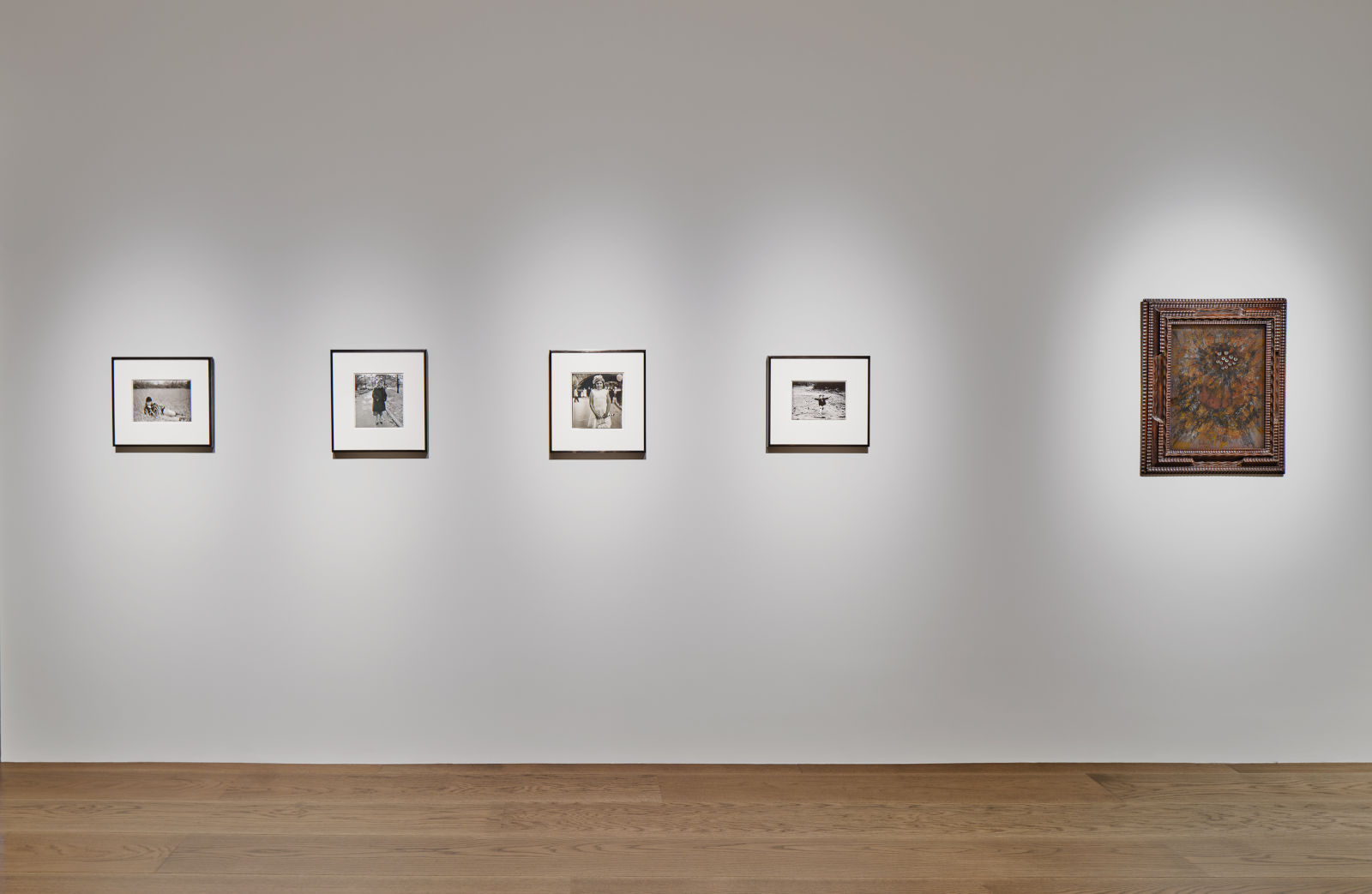 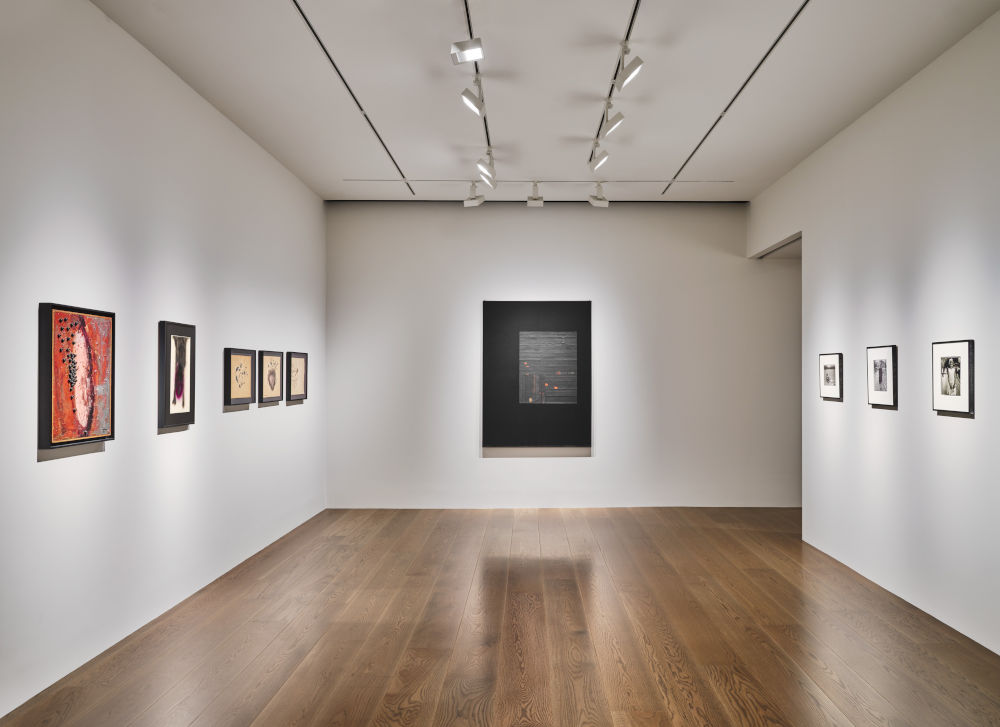 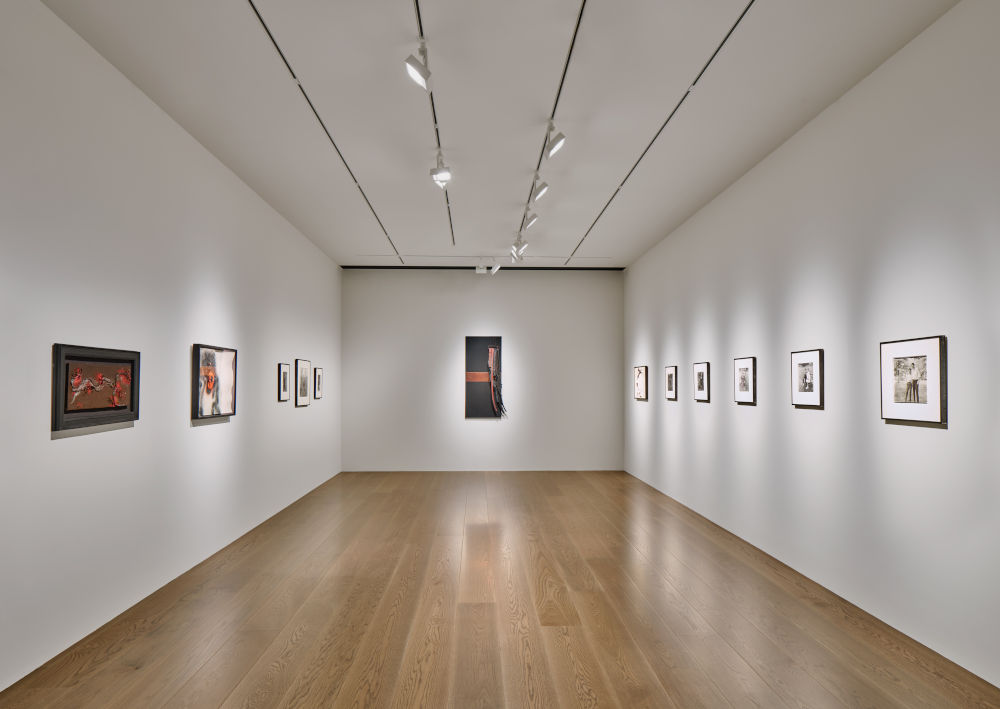 Spanning the gallery’s entire ground-floor space in the historic St. George’s Building, a selection of Arbus’s photographs of two of New York City’s iconic theaters of public interaction–Central Park and Washington Square—will hang alongside Rama’s assemblage paintings, which transform their supports into semi-abstract landscapes of aggression and desire. Our Lady of the Flowers constitutes the first in-depth public presentation of Arbus’s and Rama’s work in Greater China.

Both Arbus and Rama created art marked by its psychological pull and unexpected imagery. Arbus has often been described as an “urban anthropologist,” using her camera as both an observational tool and a means of capturing intangible emotions, states, and themes. She once compared her photographic approach to collecting butterflies, and while she often sought out certain individuals—usually those on the margins—she remained open to chance encounters. Rama was likewise a connoisseur of curiosities who embraced the creative possibilities of accident while structuring her compositions with lucid arrangements of color, texture, and shape. Her most well-known body of work, the Bricolage series, conceives the painterly support as a site of bodily compromise, wherein castoff objects—among them, worn rubber tubes, metal shavings, and taxidermy eyes—join gestural emanations of paint. While insistently abstract, her works hint at representation, suggesting traumatized bodies and compromised psyches.

Both Arbus and Rama were shaped by the cities—New York and Turin, respectively—in which they spent their lives. Each was active in the artistic milieu of her respective home, moving in avant- garde circles while forging her own, highly original path. Arbus began taking photographs in New York City’s parks at the beginning of her career, finding these reprieves from the city’s concrete grid to be fertile grounds for her practice. Depicting subjects from all walks of life, her pictures exude a mythic aura that speaks to both the poetry and the strangeness of the everyday. After a young adulthood beset by personal tragedy and the strictures of fascist Italy, Rama dedicated her art to resisting prevailing notions of identity, propriety, and taste. Unconcerned with the stigma of obscenity, her work frankly explores feminine desire, mental illness, and industrial ruin. Drawn from Turin’s detritus, the items that adhere to Rama’s surfaces are at once insistently eclectic and rife with personal and cultural significance.

The title of the exhibition is inspired by the 1943 novel by the French avant-garde writer Jean Genet. Beloved by the Beats—an American literary movement of the 1940s and ’50s known for their rejection of mainstream social constructs—as well as existentialist philosopher Jean-Paul Sartre, the roman à clef’s subjects inhabit the margins of society, ostracized for their inability or refusal to adapt to the dominant mores of their culture. Arbus and Rama take up a similar focus, foregrounding taboo and framing aesthetic aberration as a vision of beauty. By considering Arbus and Rama in parallel, Our Lady of the Flowers brings the radical qualities of their art into focus, revealing unanticipated affinities in subject, sensibility, and form. Defiant, enigmatic, and deeply perceptive, the works on view in Our Lady of the Flowers speak to our present moment while offering a potent vision of the past century’s prevailing discourses on gender, sexuality, and representation.