Our inheritance was left to us by no testament

Our inheritance was left to us by no testament

A prelude to the gallery’s 12-month programme ‘On Hannah Arendt’, launching in January 2021, this exhibition looks to the preface of the political philosopher’s 1968 publication Between Past and Future, which opens with an aphorism by the French poet René Char: “Notre héritage n’est précédé d’aucun testament,” or as Arendt translates, “our inheritance was left to us by no testament.” For Arendt, this sentence illustrates the situation in which European people were left after the end of the Second World War, in a gap between past and future, a period of lost freedoms and deep existential questioning, where the threads of tradition were inextricably broken. 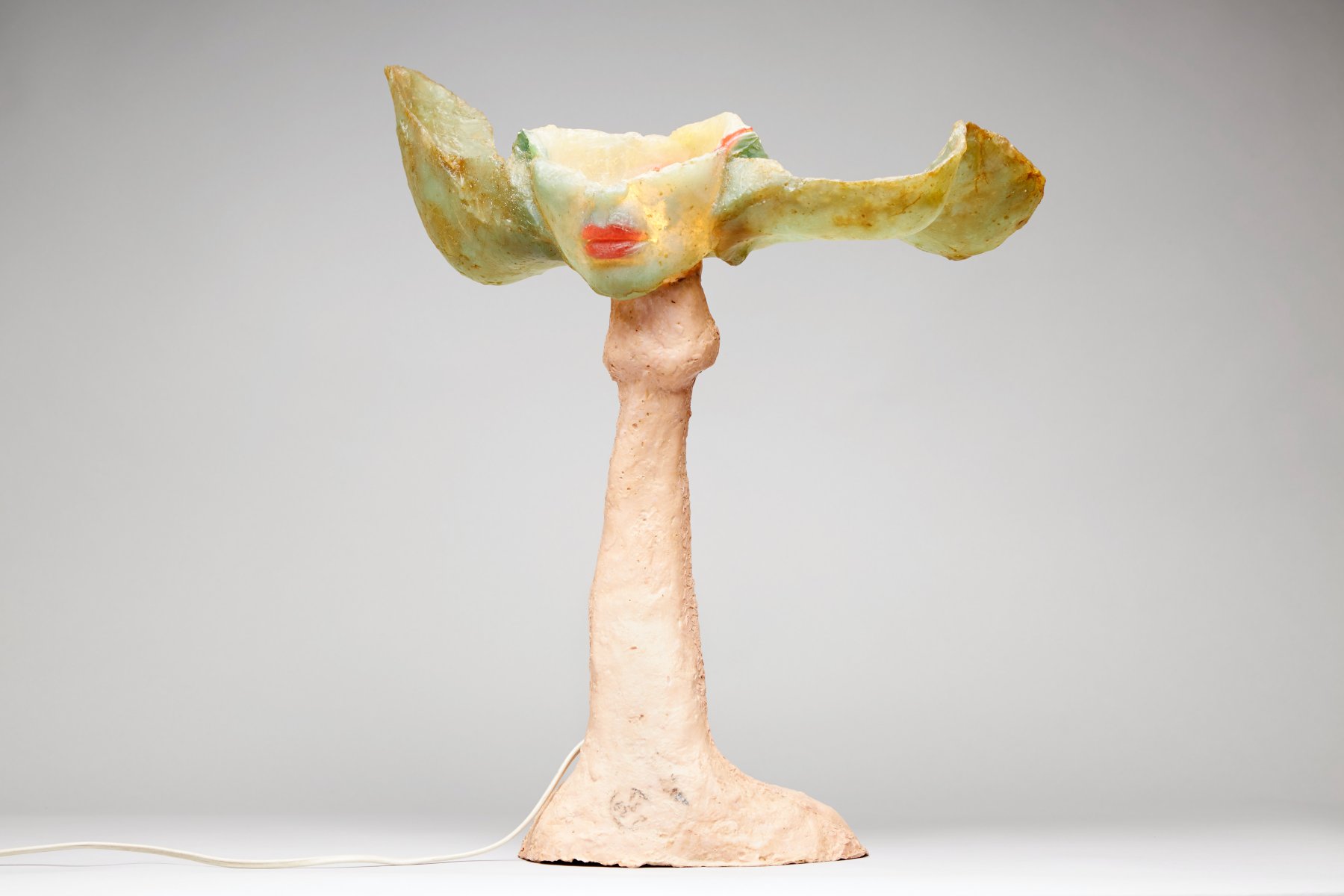 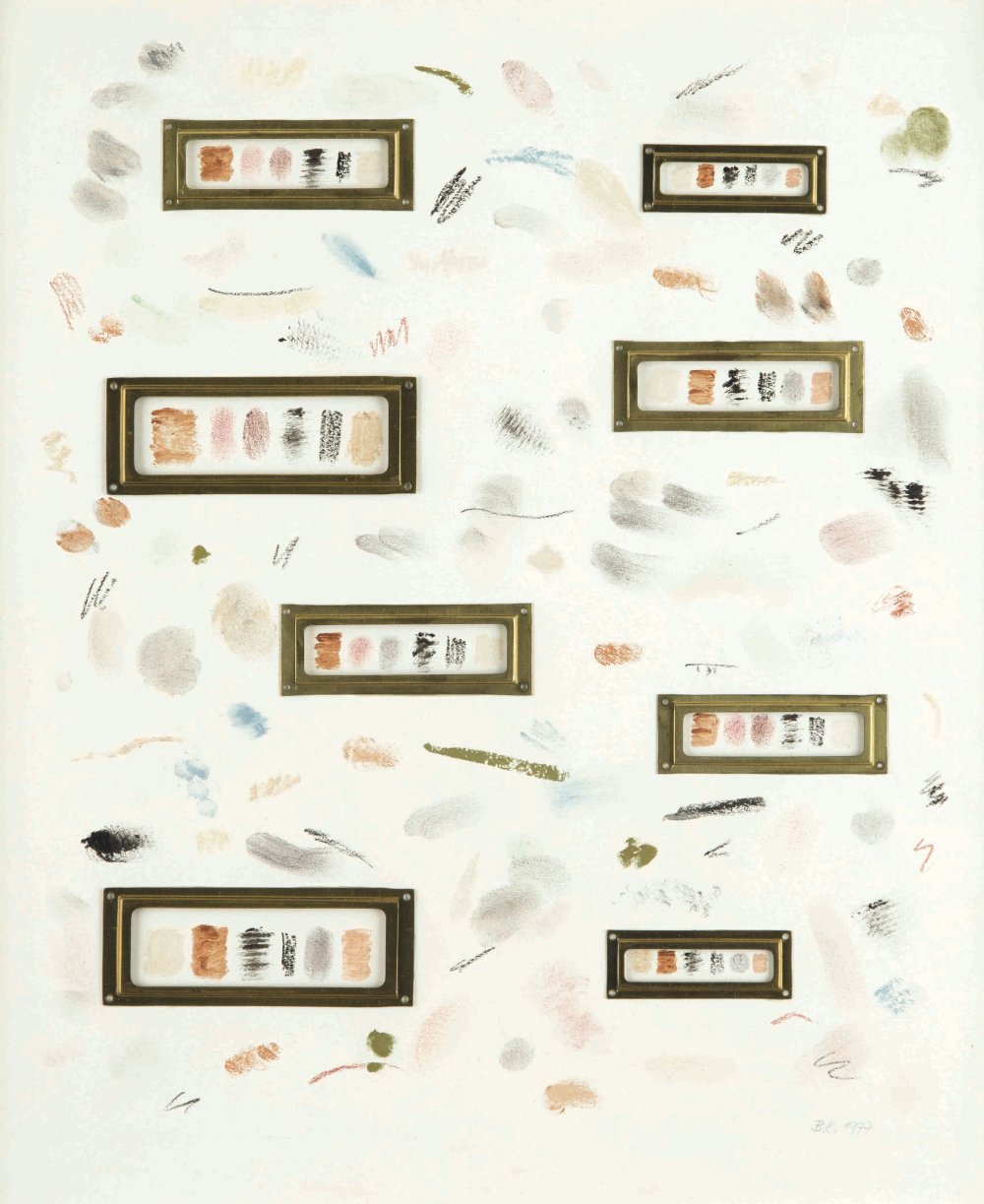 Bela Kolárová
Business Cards (Diary from the week in the mountains), 1977 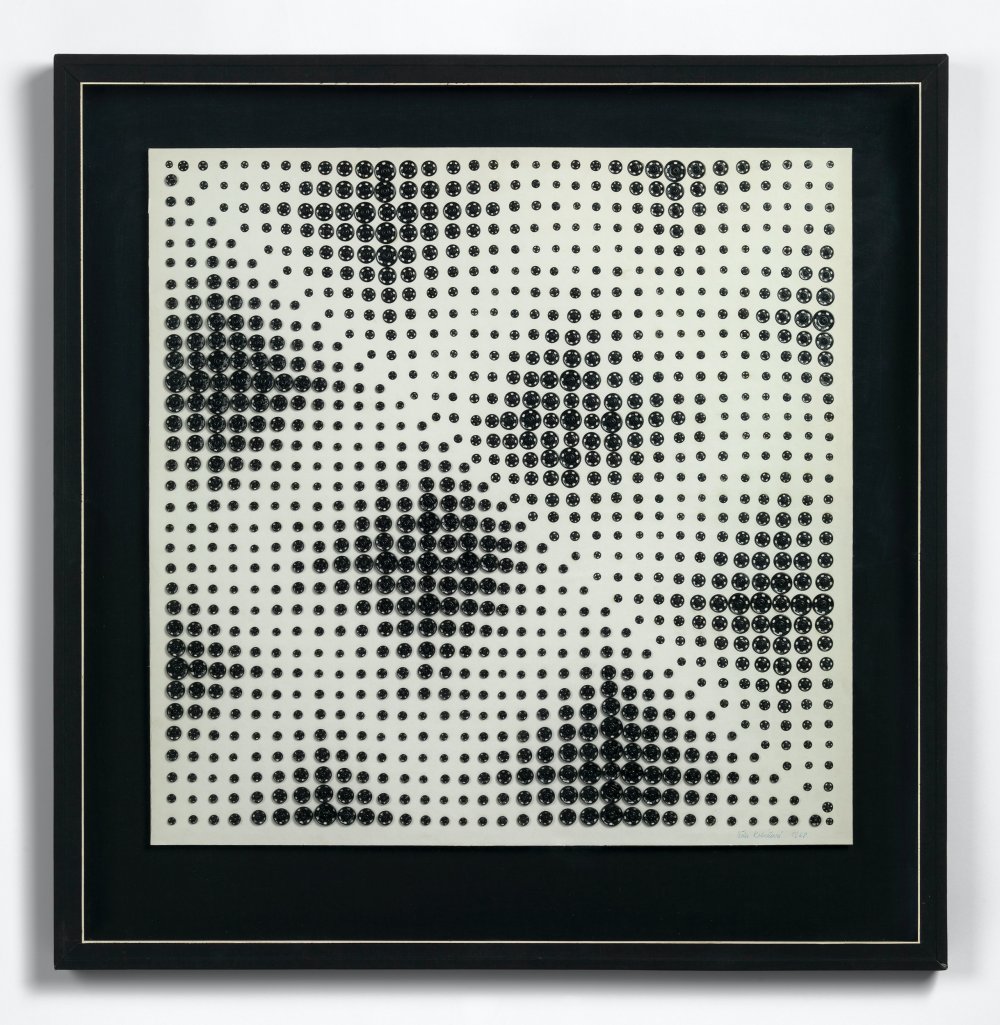 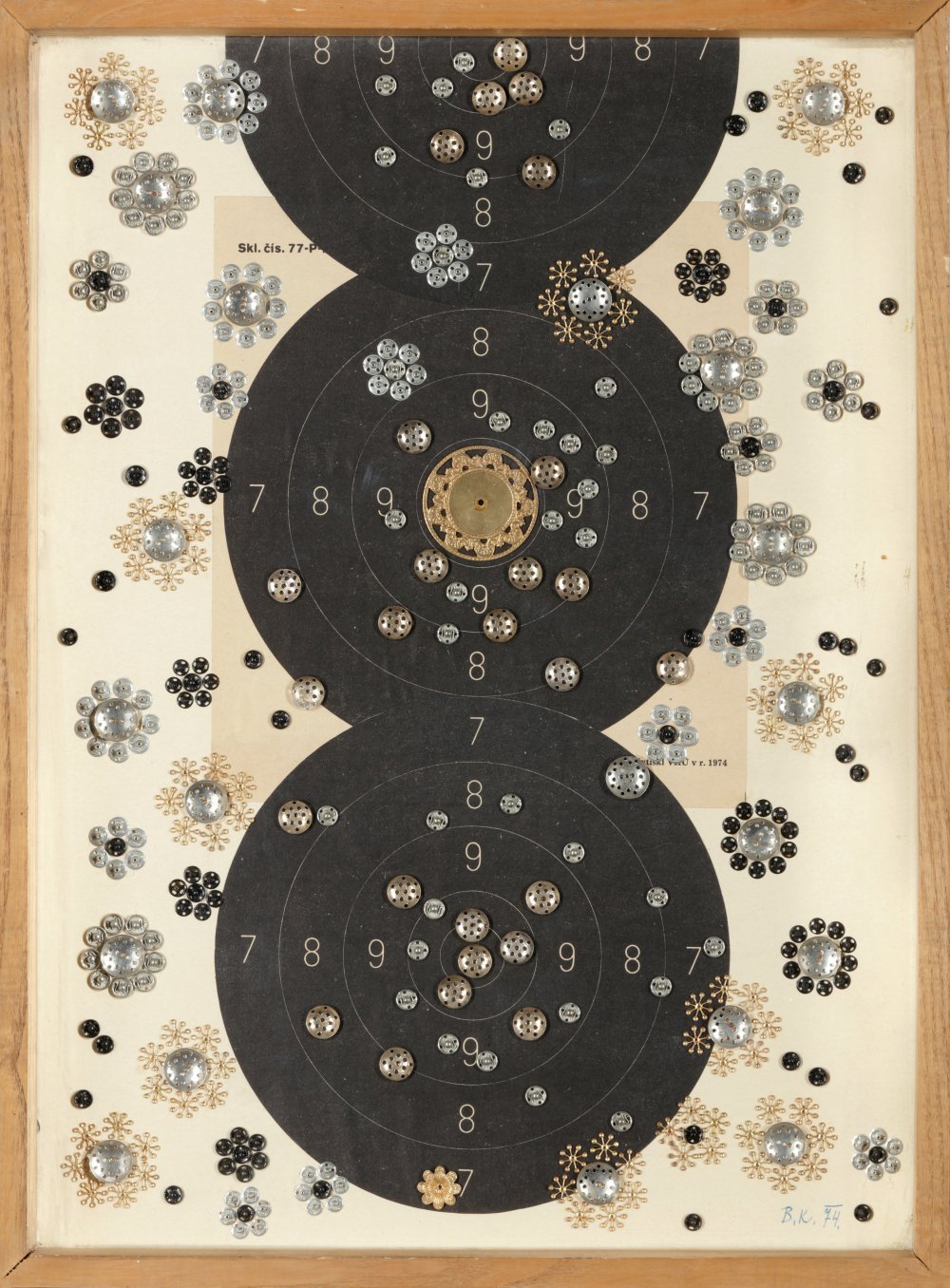 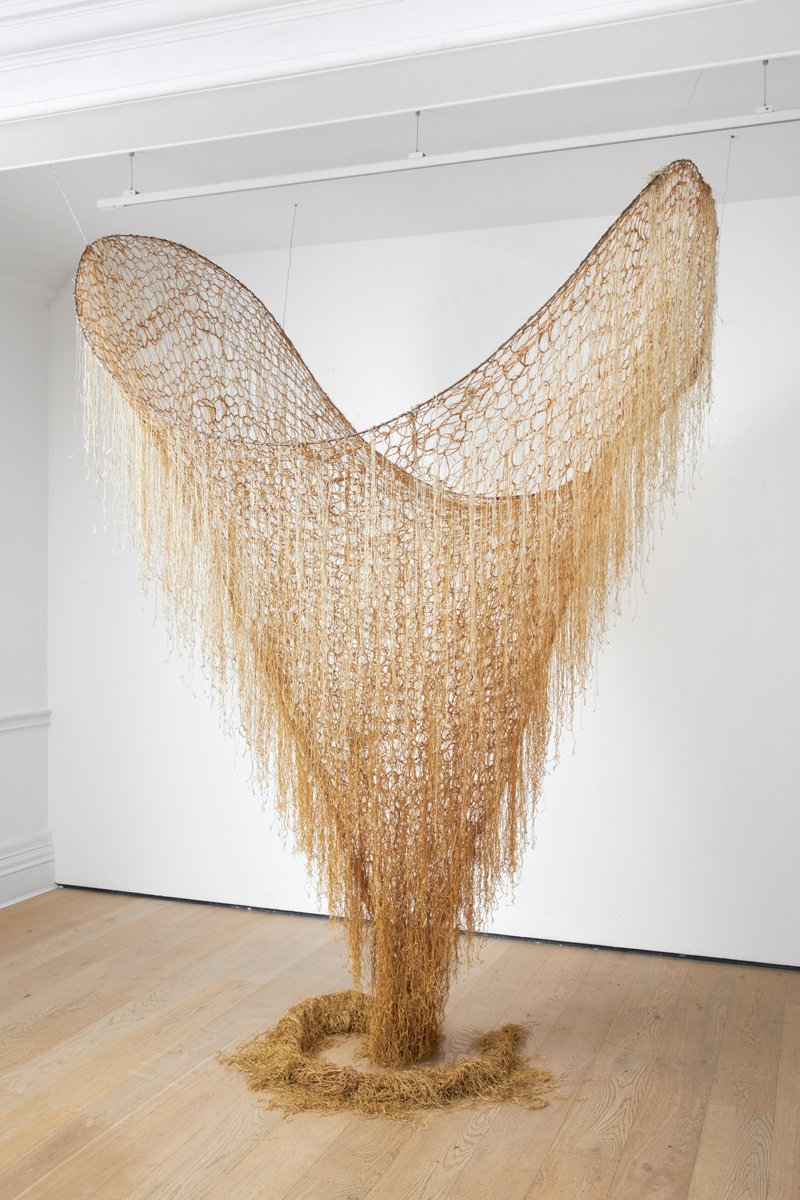 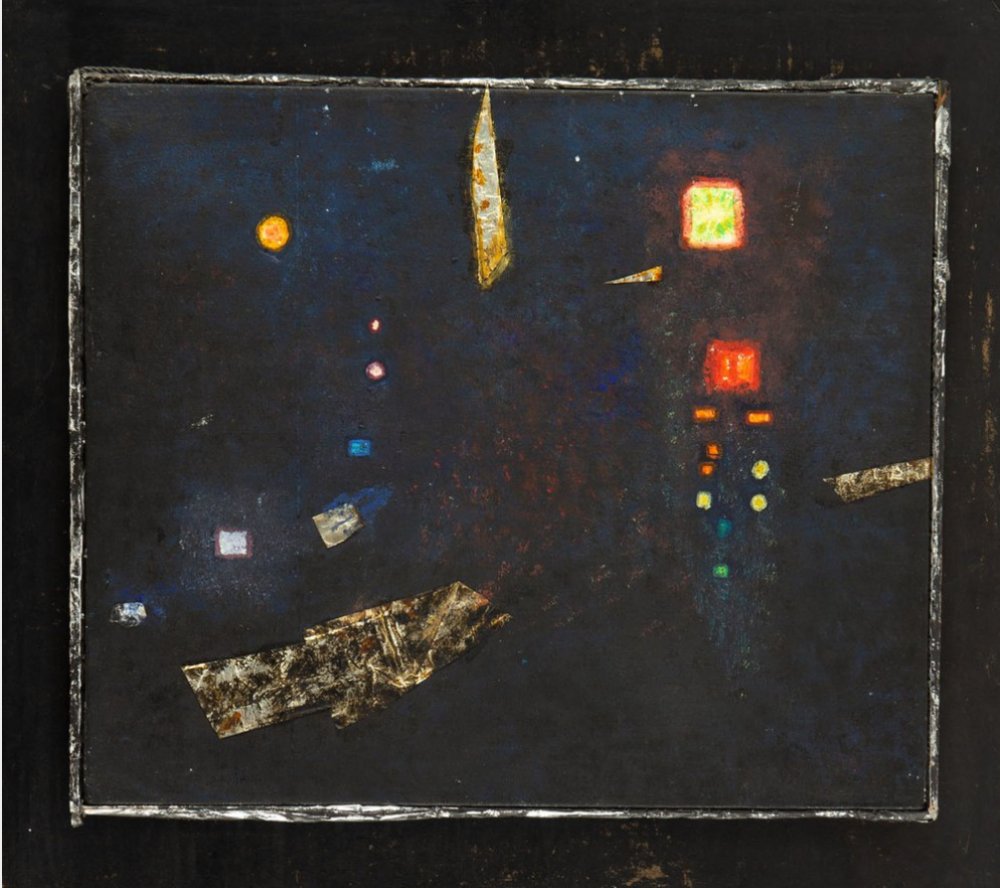 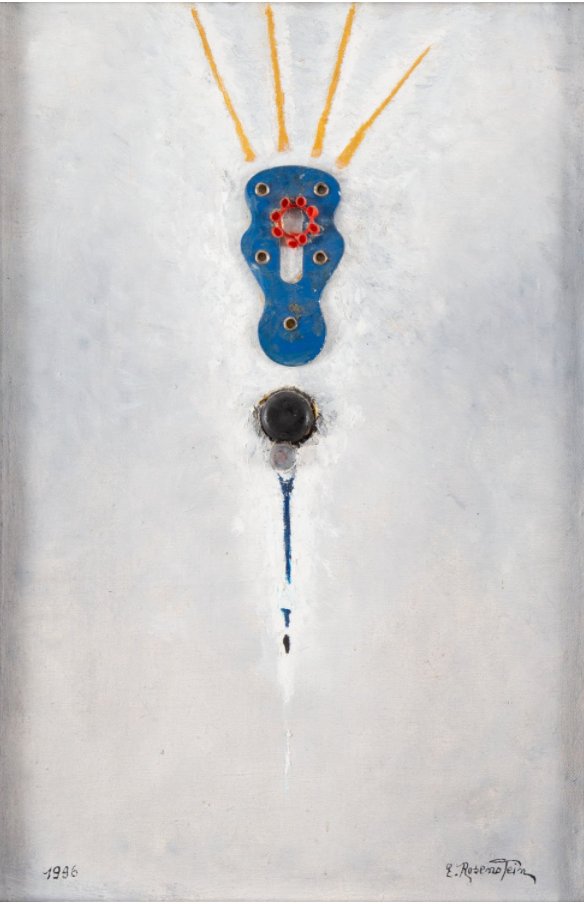 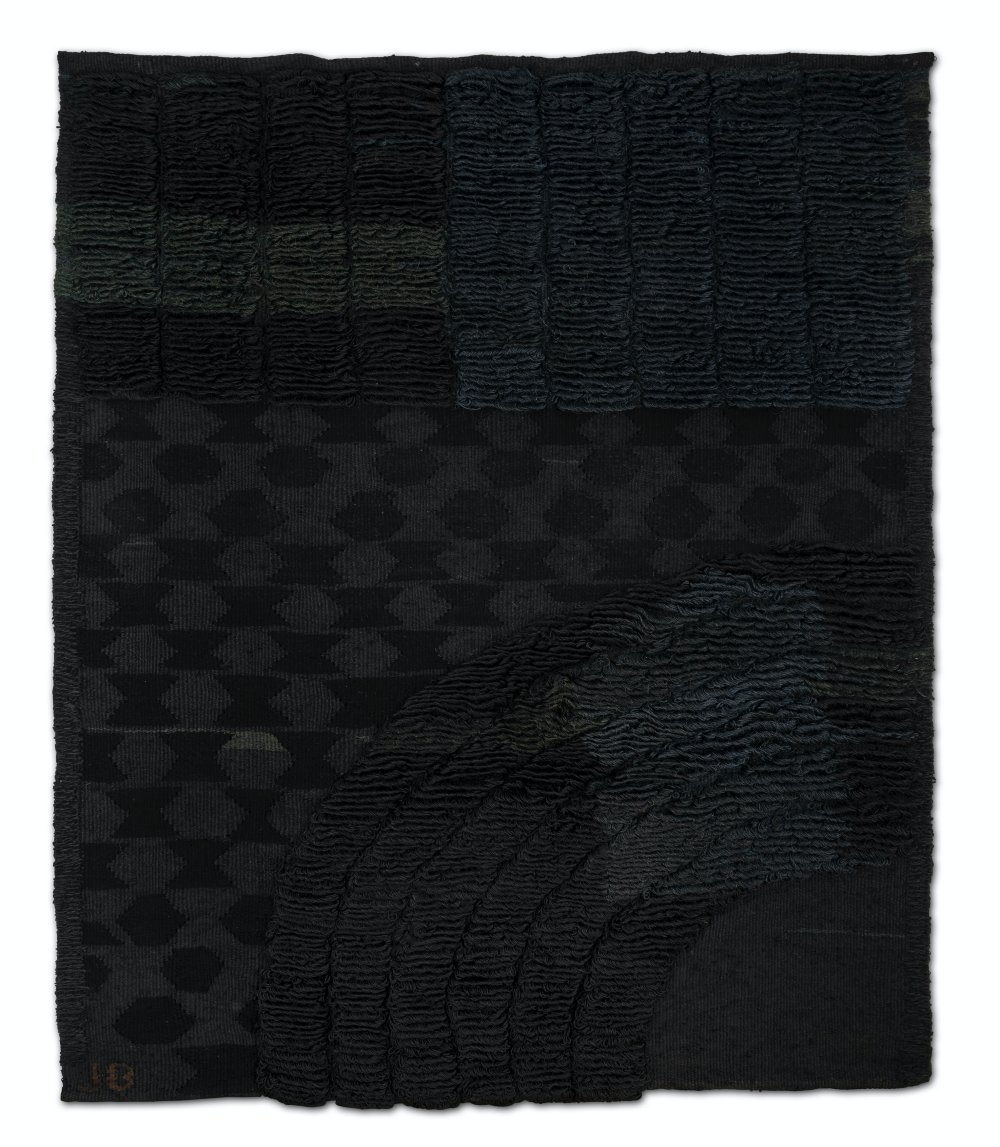 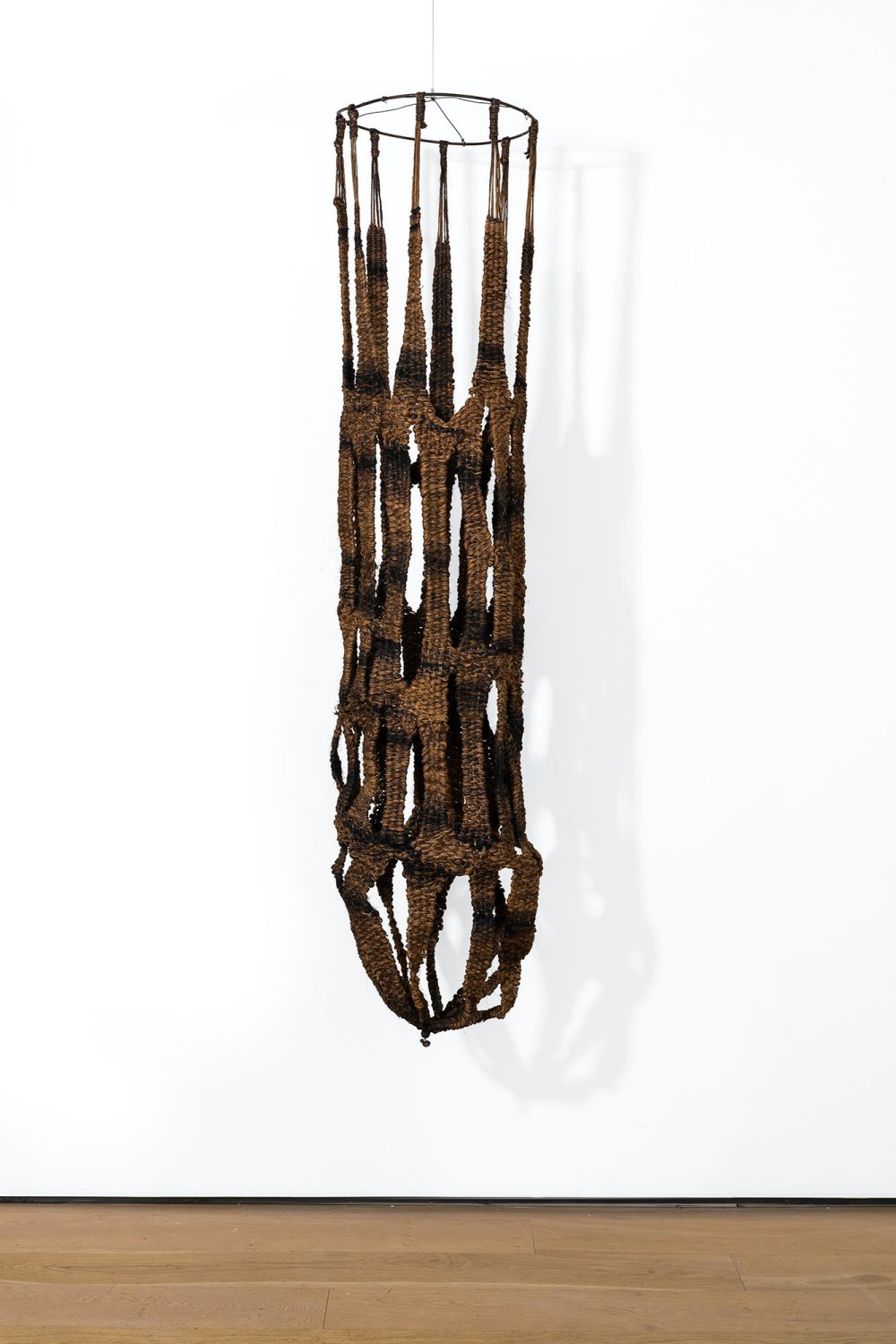 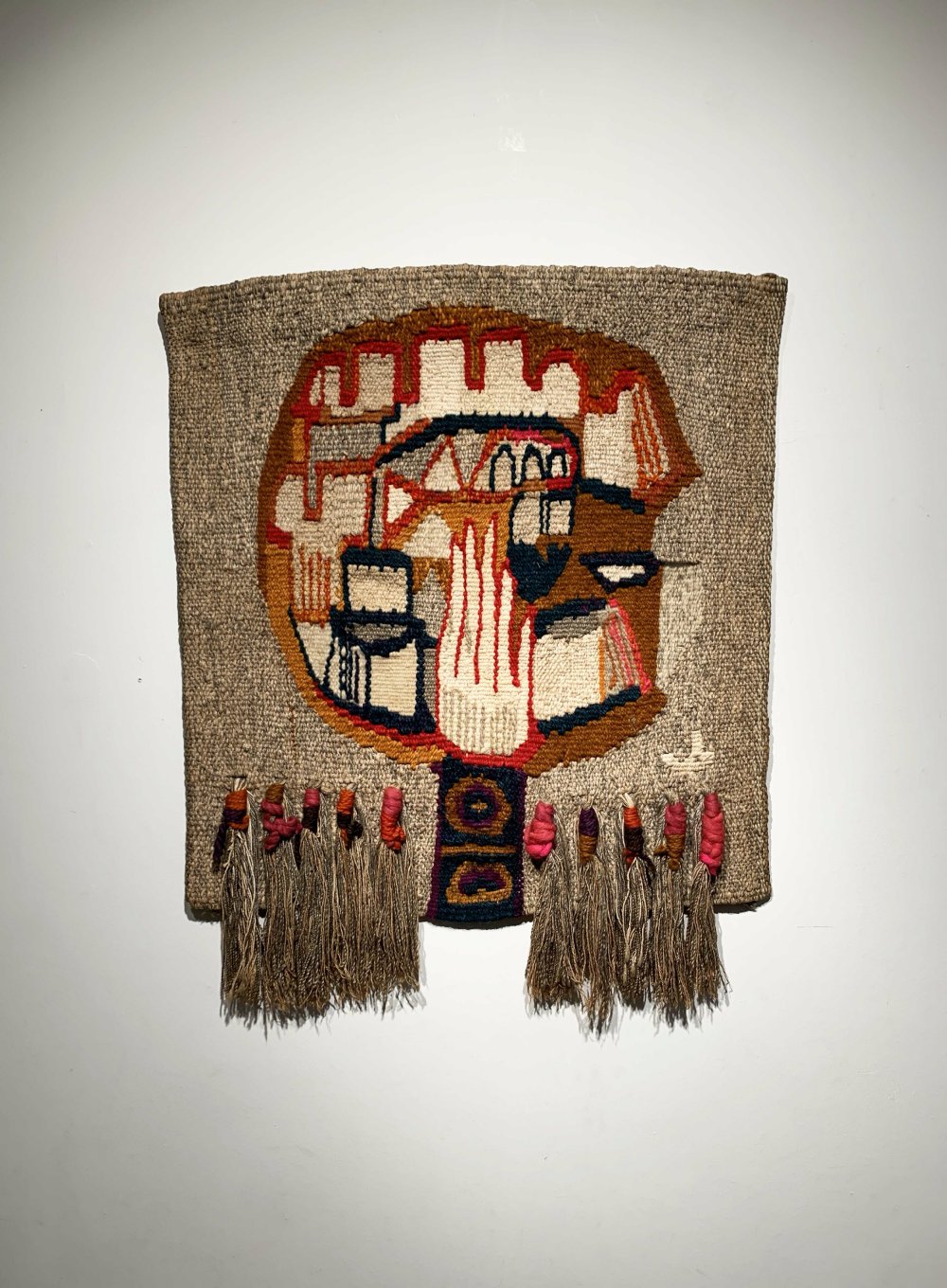 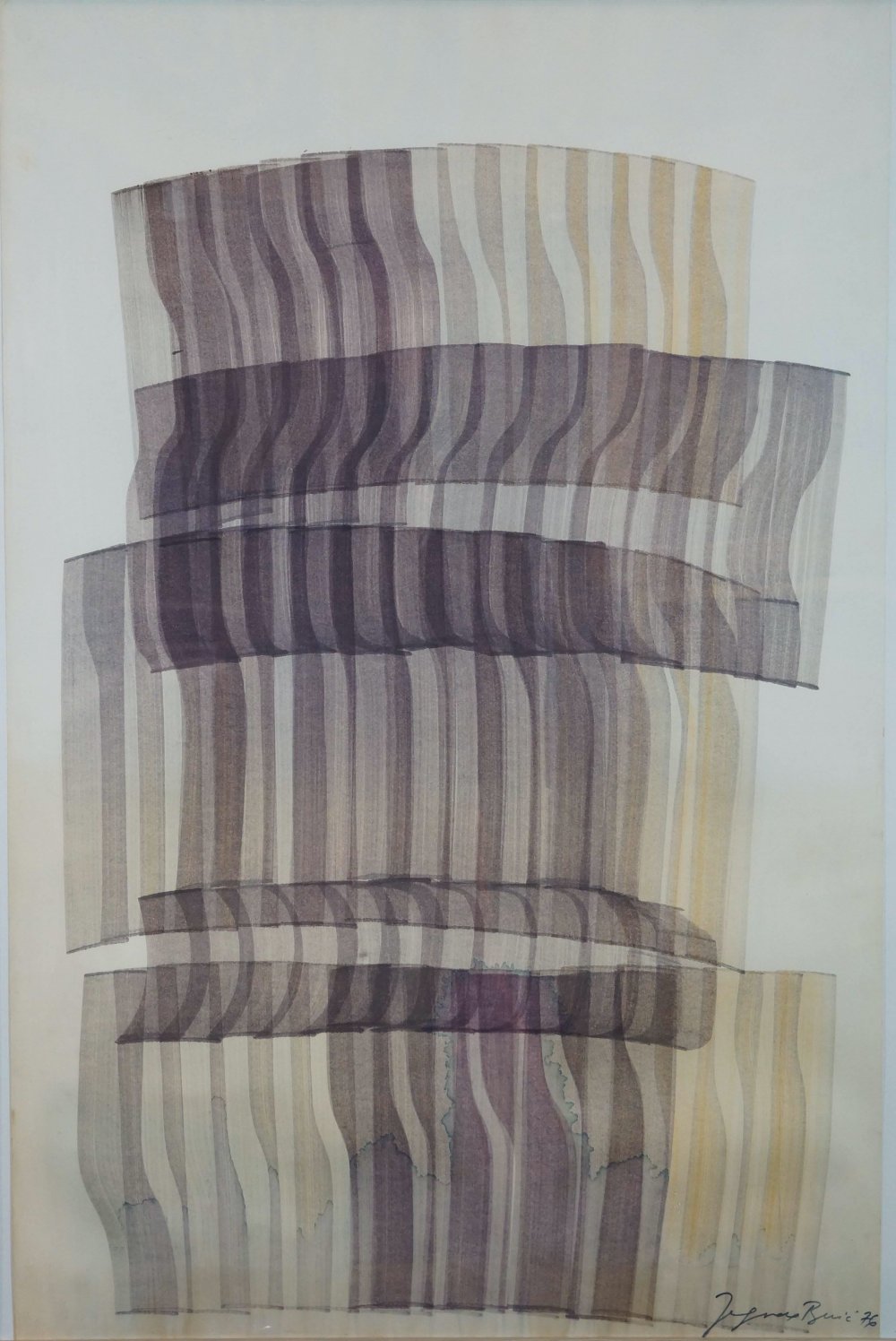 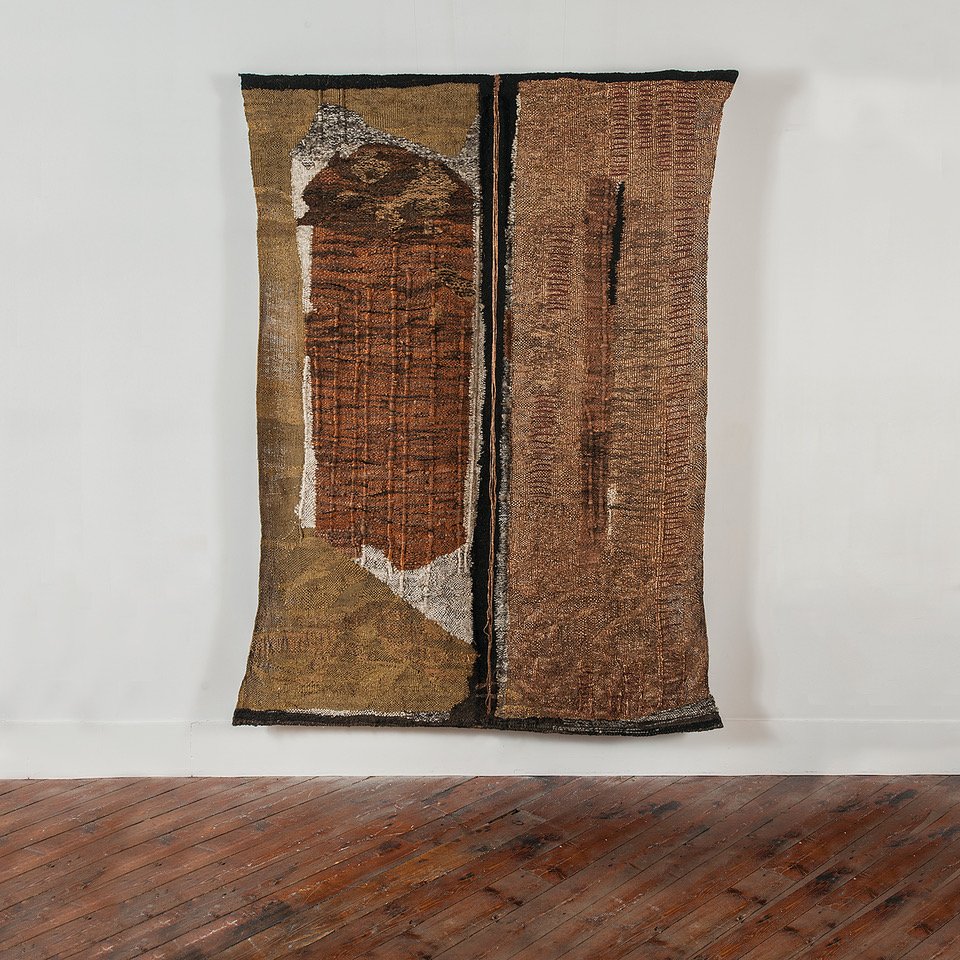 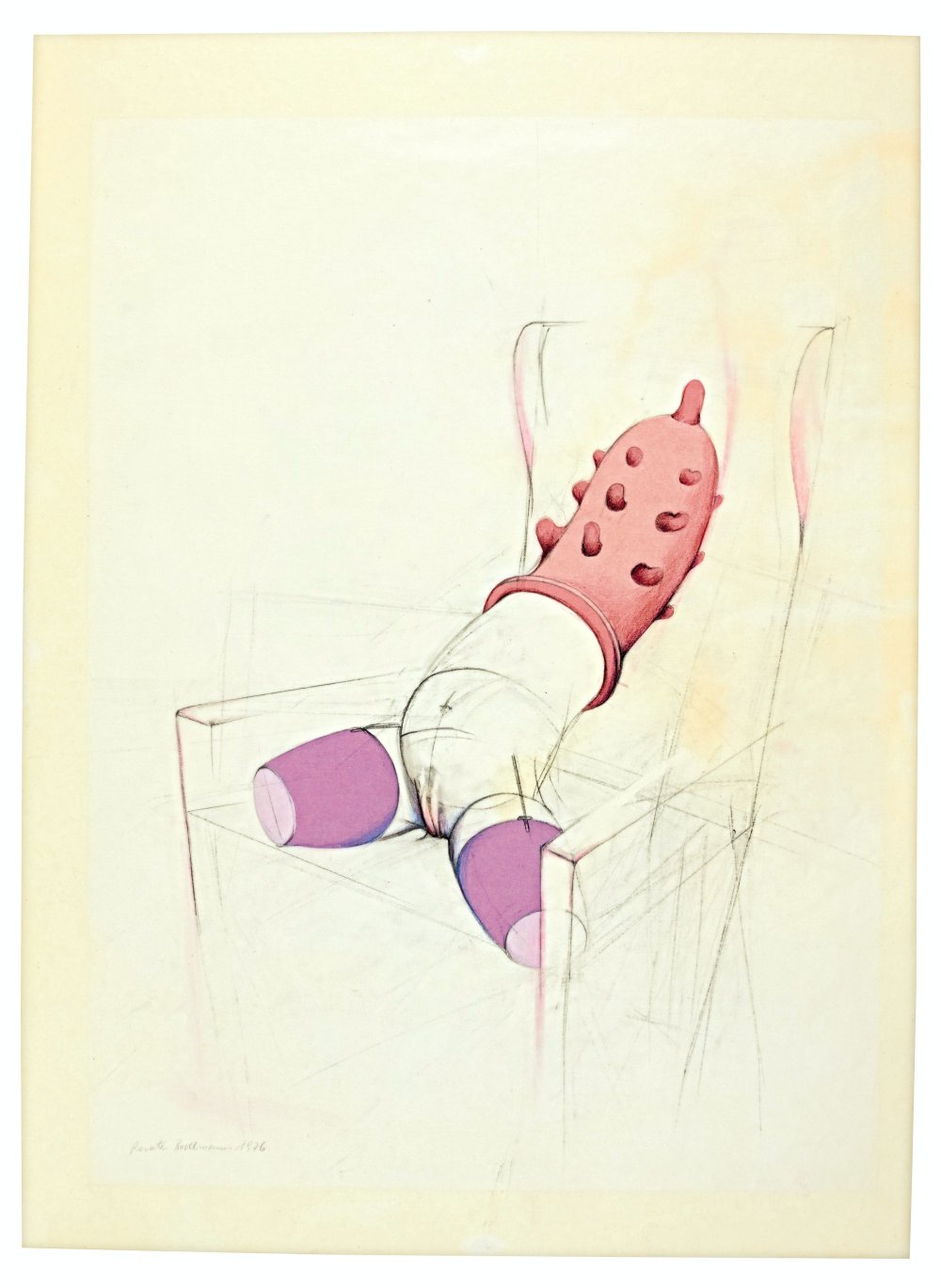 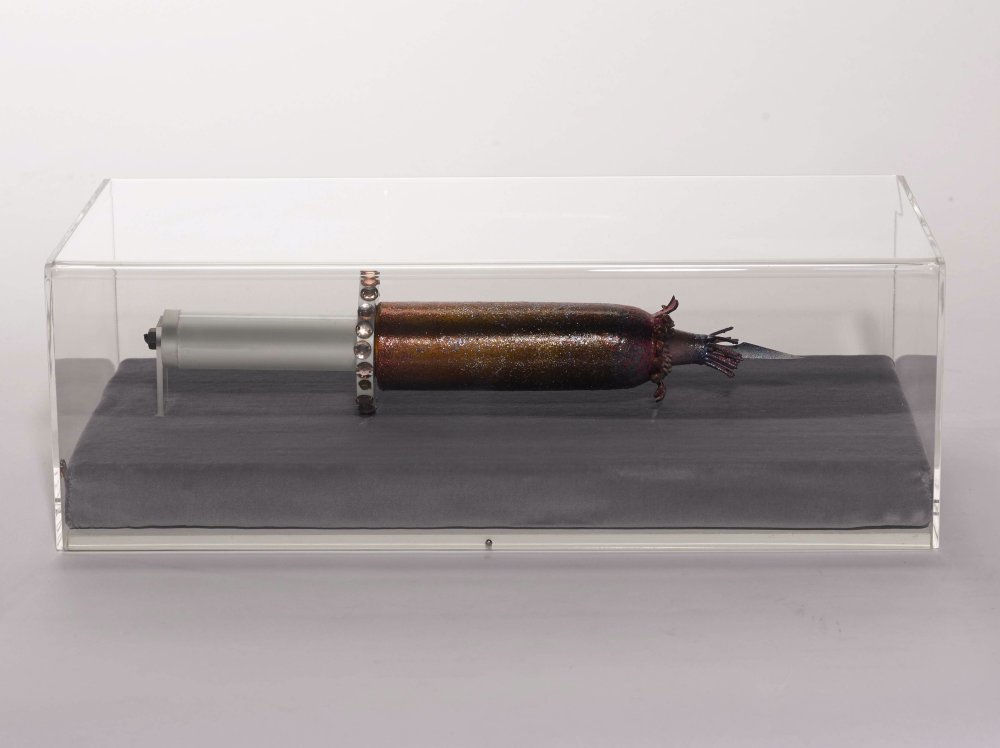 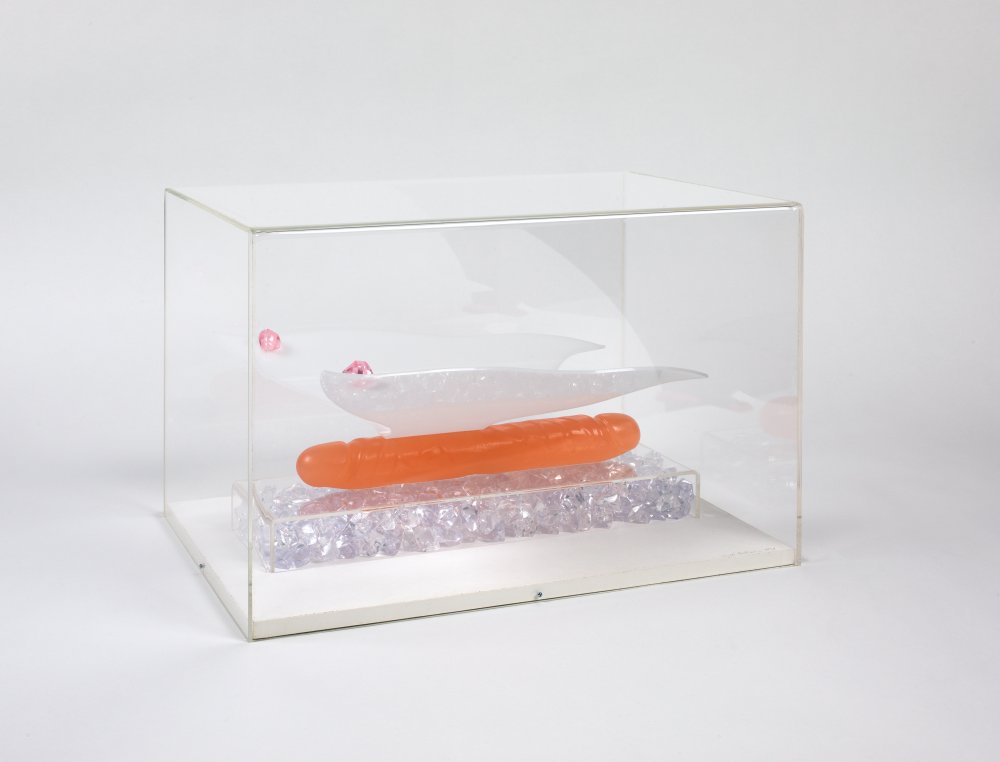 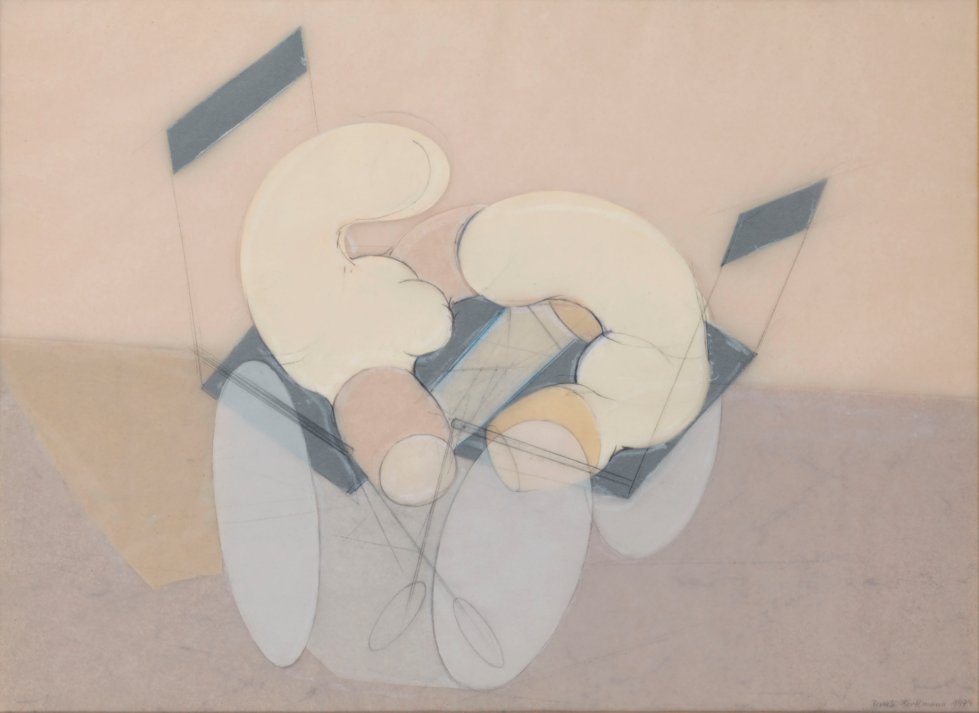 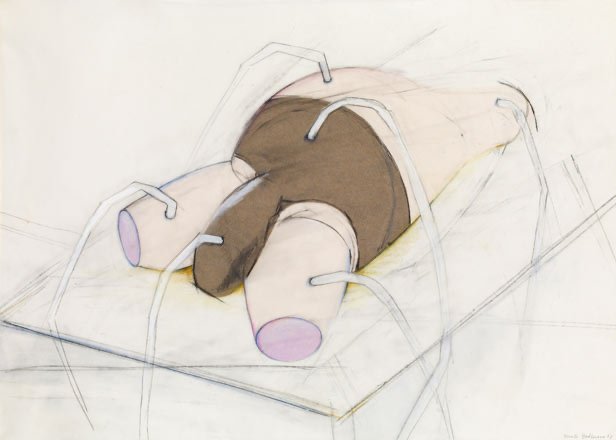 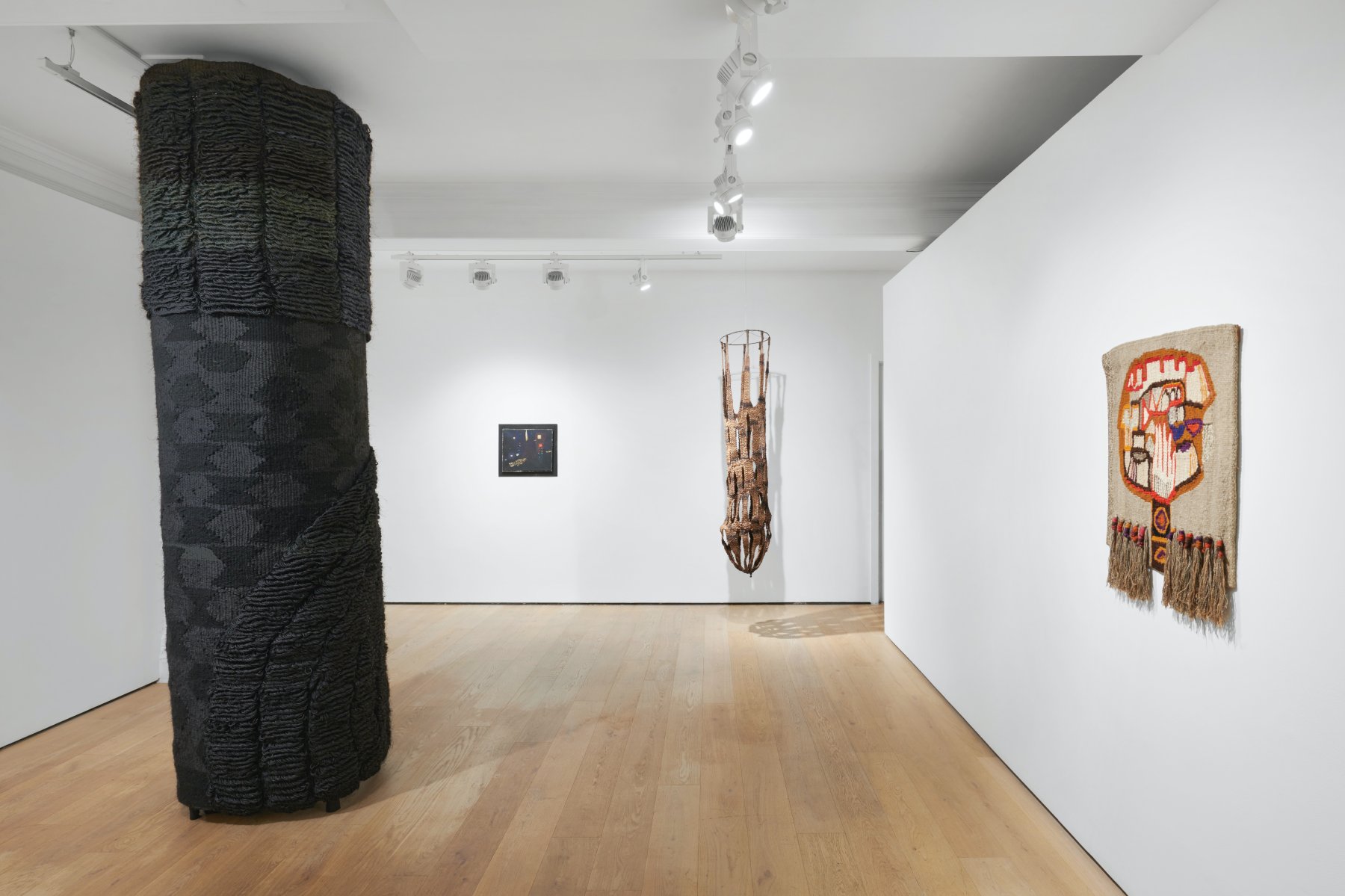 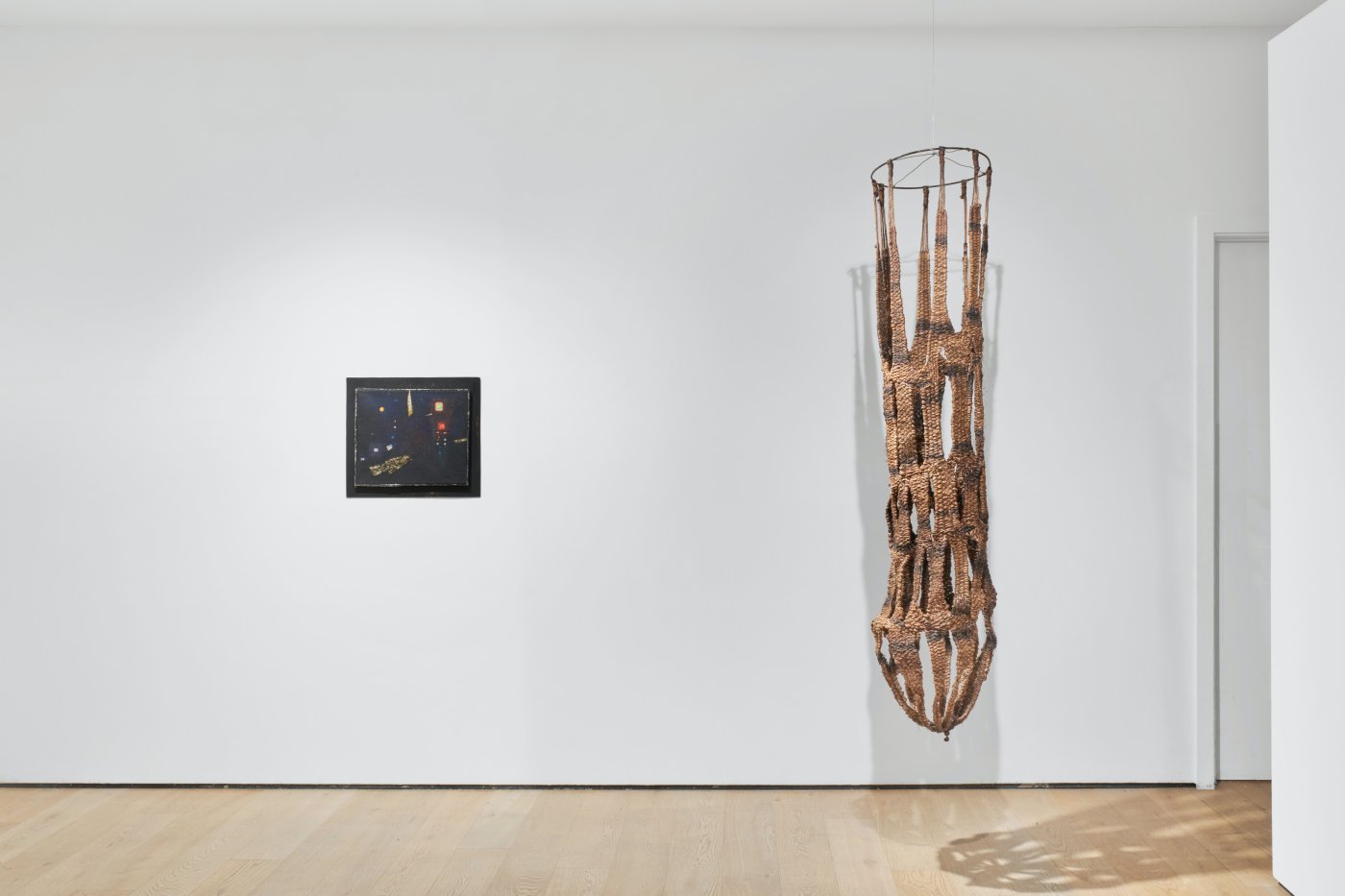 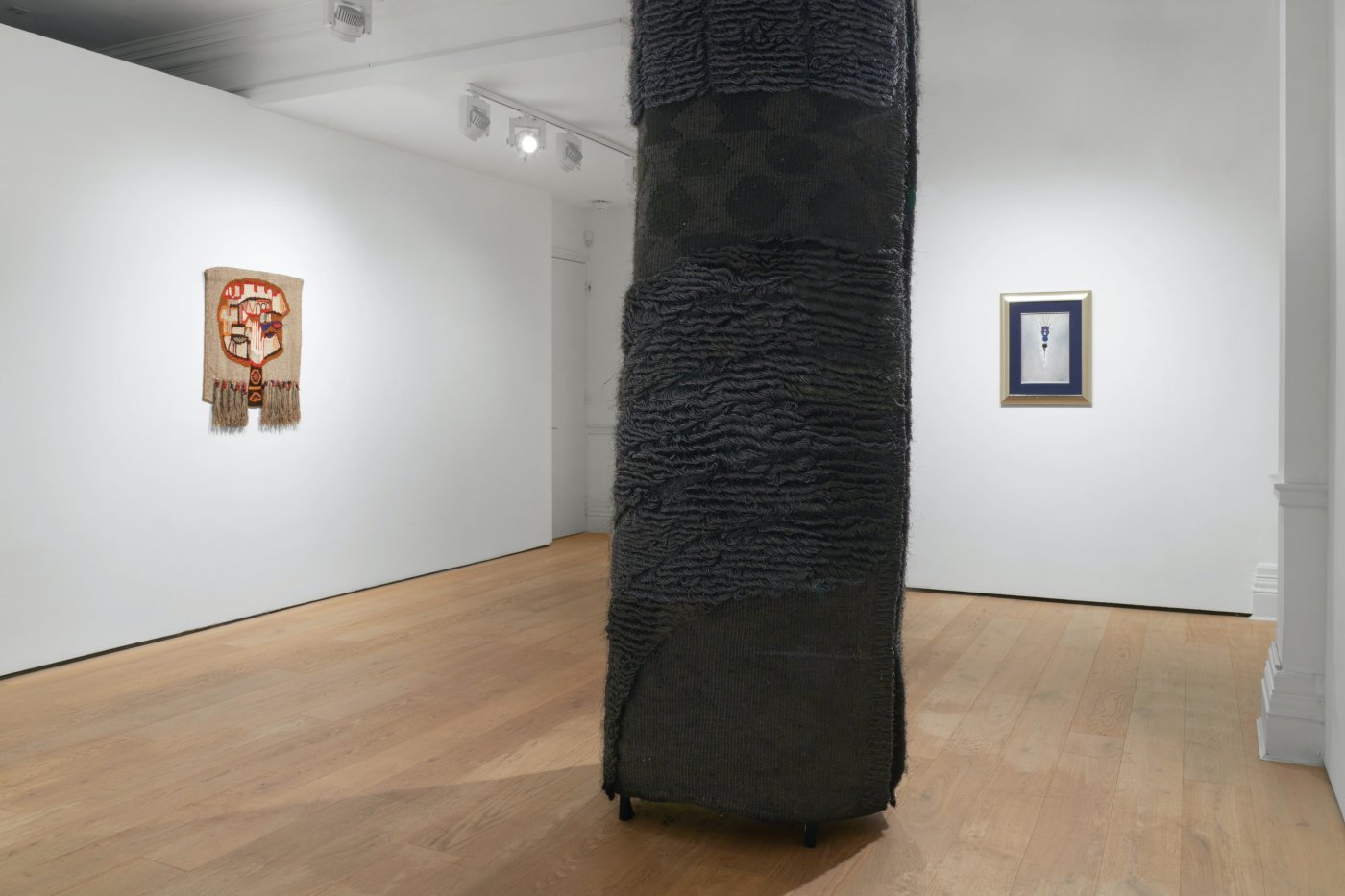 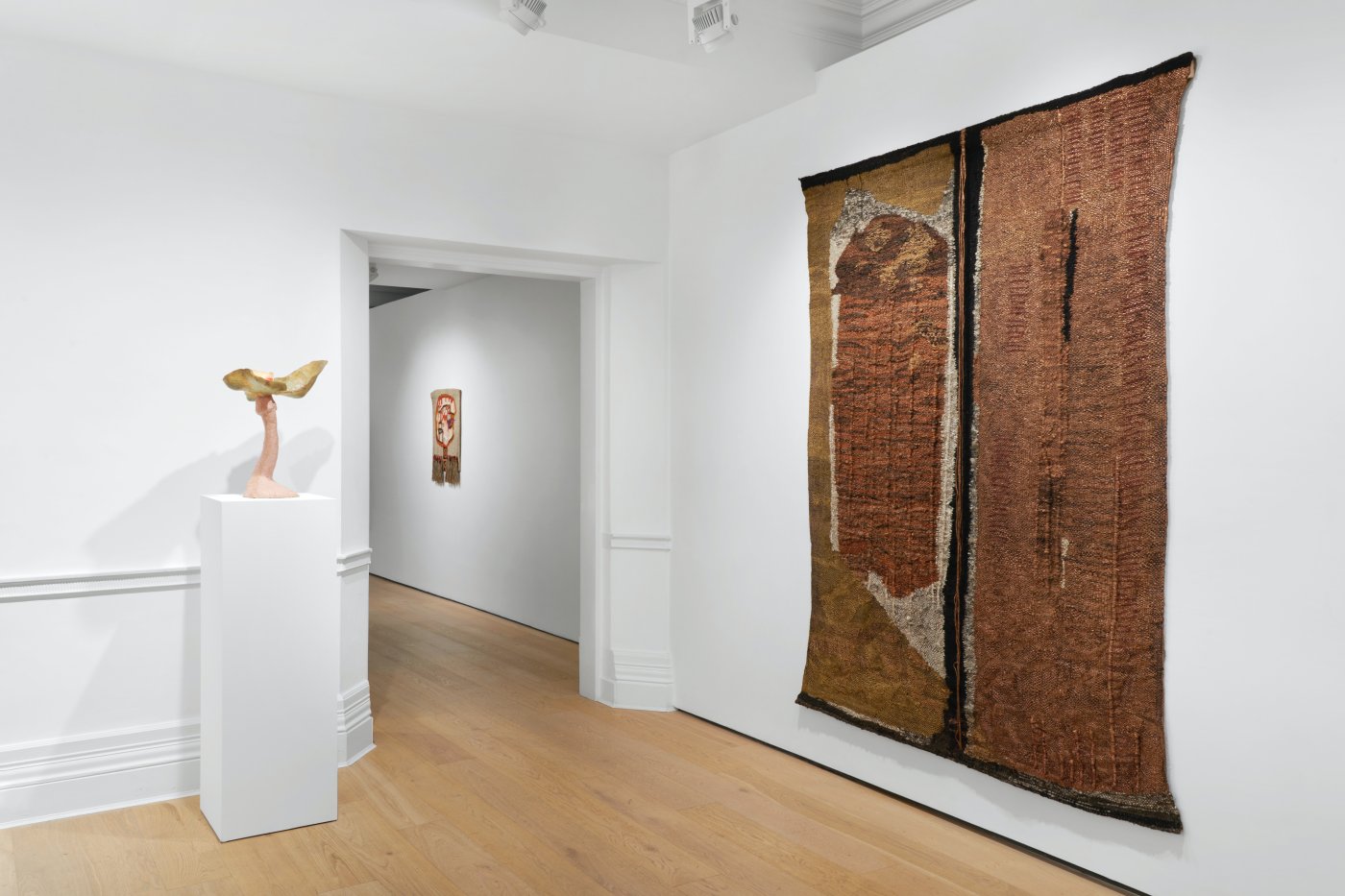 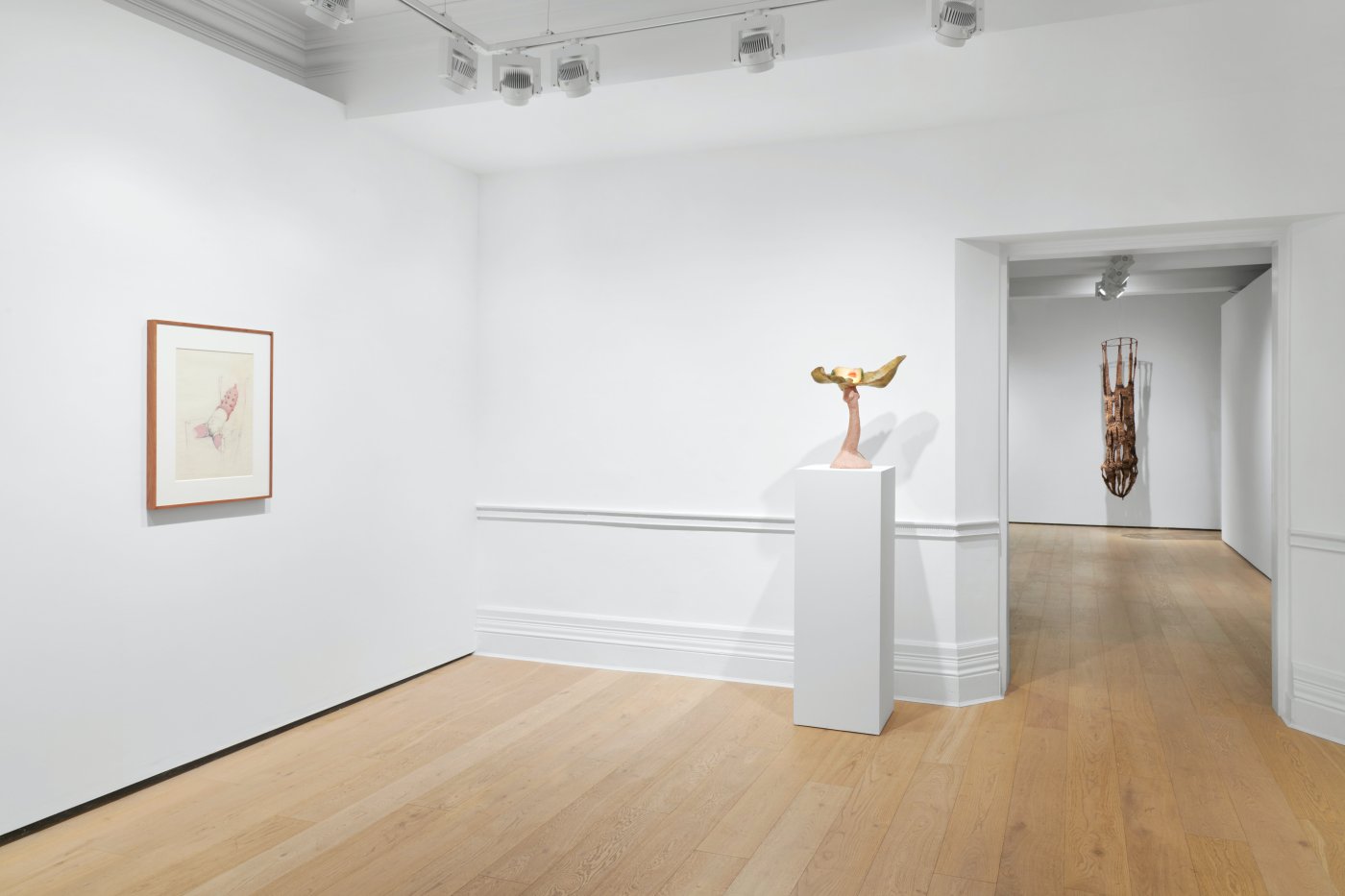 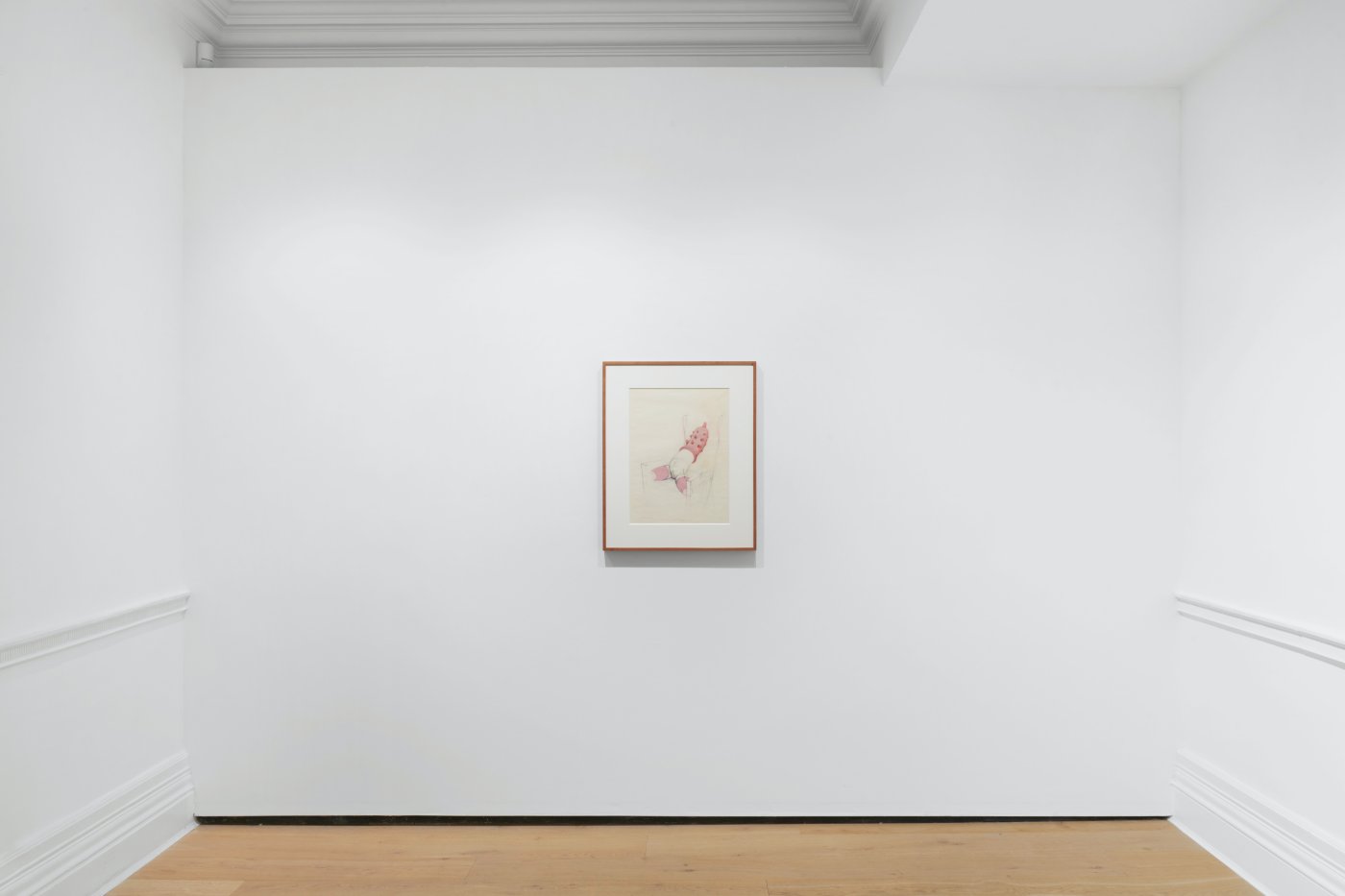 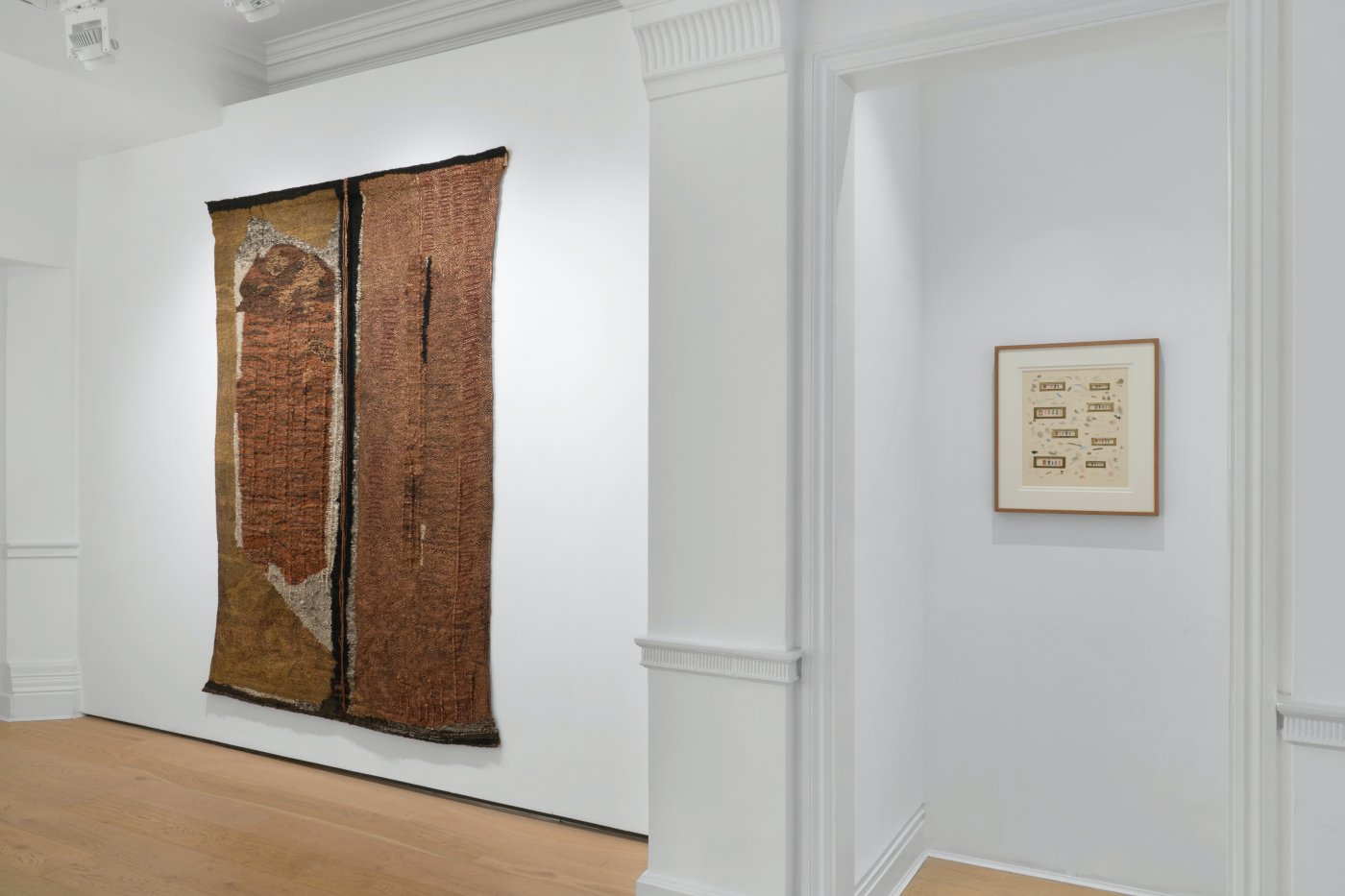 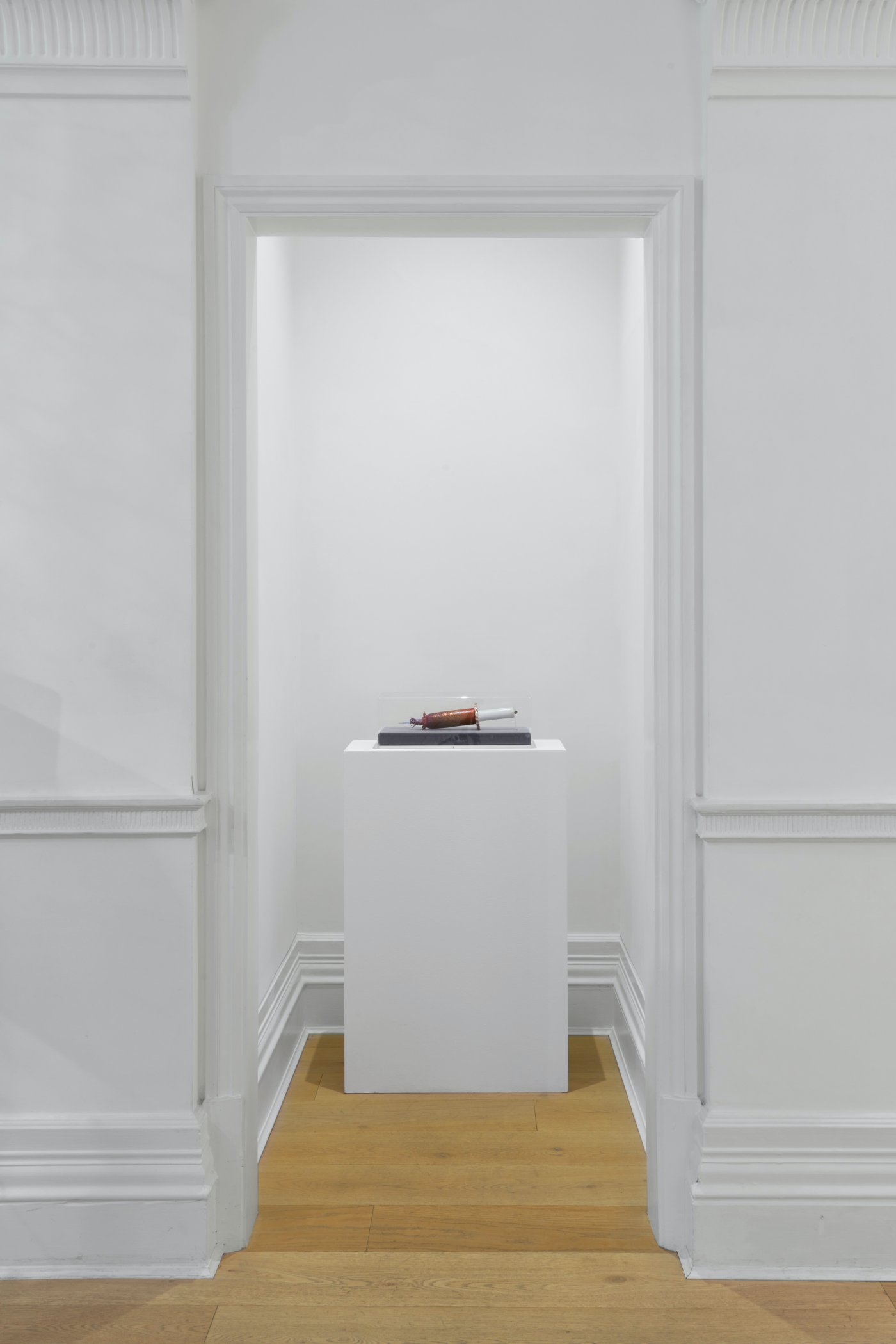 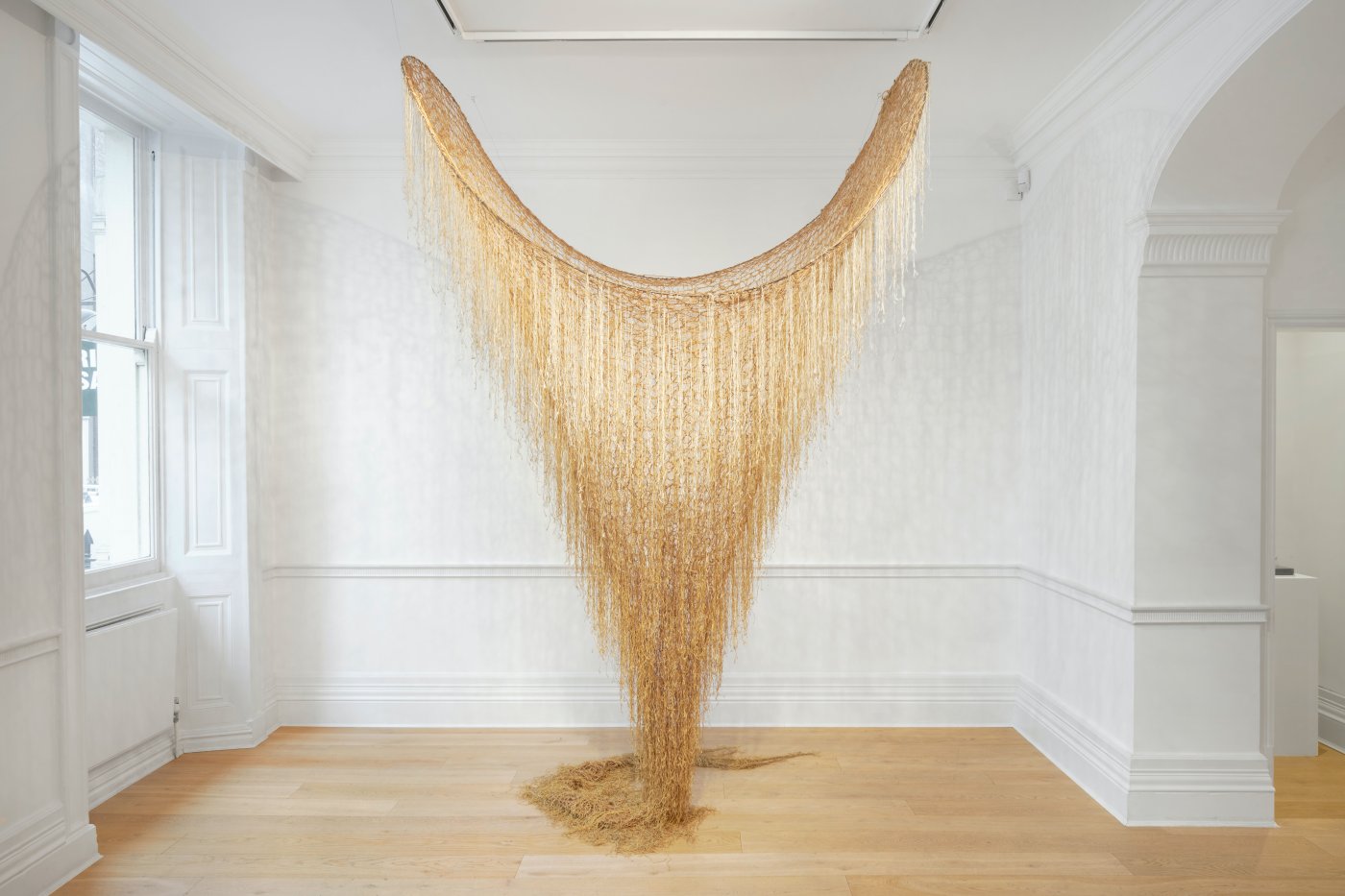 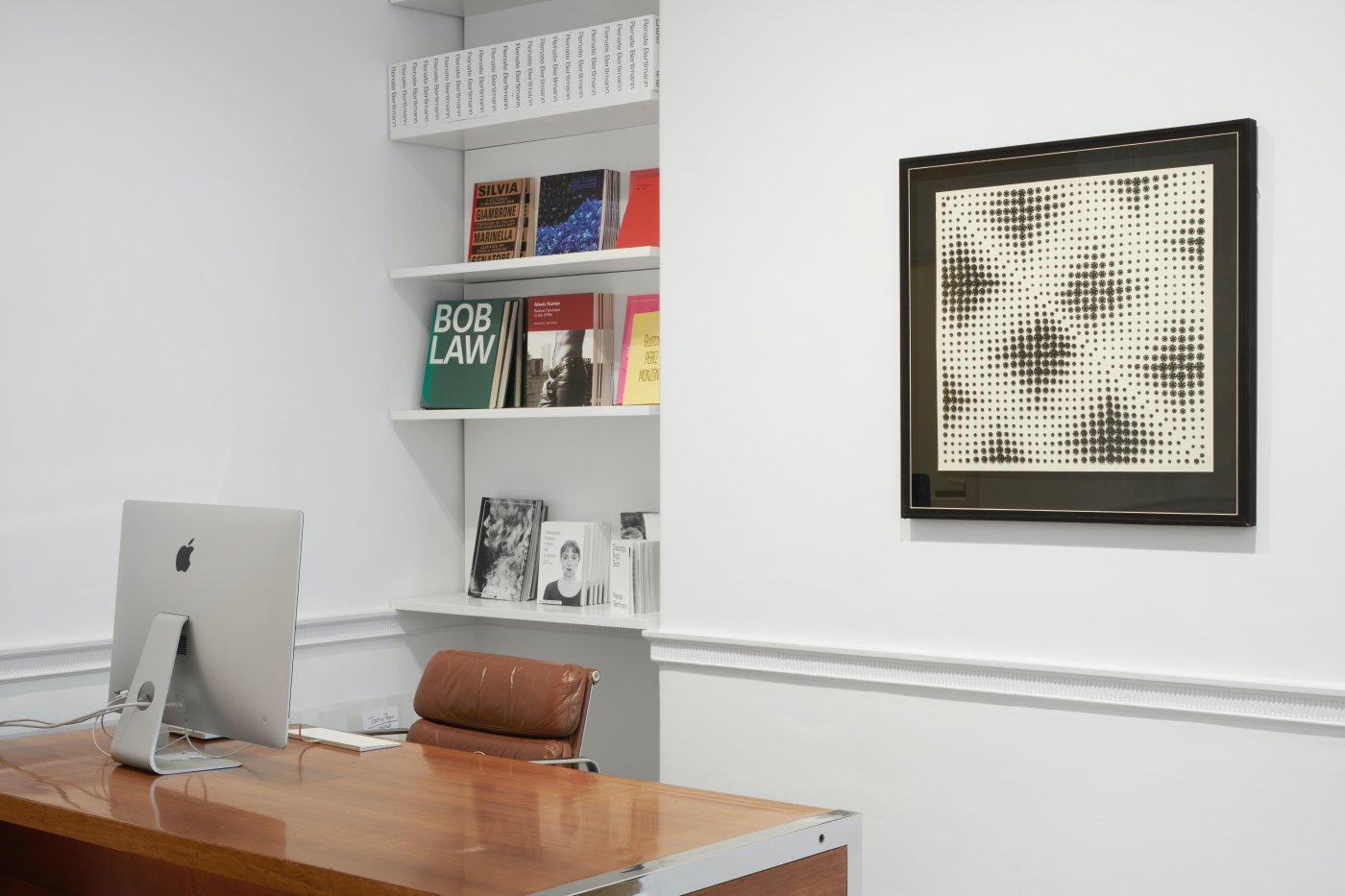 Taking this quote as a point of departure, the group exhibition ‘Our inheritance was left to us by no testament’ looks to the work of seven women artists from Eastern Europe whose personal histories or cultural backgrounds necessitated a reconceptualization of tradition and created fertile ground for innovation in contemporary art through the breaking of conceptual boundaries and experiments in materiality and form. The exhibition speaks to possibilities in art without testament, without tradition, situated and grown out of particular moments in history and the individual narrative of each exhibited artist. Featuring work by Alina SZAPOCZNIKOW, Barbara LEVITTOUX-ŚWIDERSKA, Renate BERTLMANN, Bela KOLAROVA, Jagoda BUIĆ, Jolanta OWIDZKA and Erna ROSENSTEIN, the exhibition includes a mixture of paintings, works on paper, tapestry, sculpture and mixed media assemblages from the 1960s to the 1980s.

Alina SZAPOCZNIKOW (b. 1926, Pabianice, Poland; d. 1973, Paris, France) survived internment in concentration camps during the Holocaust as a teenager and spoke of her personal traumas through her sculptures of lip-lamps, melting heads, rolling bellies and disembodied limbs. Active from the late 1940s immediately following the war until her death in 1973, Szapocznikow was plugged into the artistic movements and conversations of her time, using fragments of the human body to work through the abject horrors she experienced and comment on the fragility of life. Szapocznikow’s Sculpture Lamp (Double Mouth on Phallus) (1967-1969), from one of her most iconic and recognisable group of works, showcasing her inquisitive experimentation with new materials combined with the influences of Surrealism and Pop Art, will be included in the exhibition.

Emerging from the Polish Textile School of the 1960s and ‘70s, Barbara LEVITTOUX-ŚWIDERSKA (b. 1933; Warsaw, Poland; d. 2019, Warsaw, Poland) transformed tapestry from flat decorations to avant-garde installations. She was an important figure in a generation of textile artists who responded to post-WWII material constraints through the incorporation of local materials and in response to the repressive ideological shifts occurring as part of a centralized government effort to promote a nationalist identity rooted in folk tradition. What emerged was a distinctly Polish and politically charged weaving tradition that Levittoux-Swiderska continued throughout her practice, evident through her work on display in this exhibition.

The candid snapshots of urban life in the former Czechoslovakia and her experiments with photography position Bela KOLAROVA (b. 1923, Terezín, former Czechoslovakia; d. 2010, Prague, Czech Republic) as an undeniably key figure of the Cold War-era avant-garde. Included in the exhibition are three mixed media works from the late 1960s to the late 1970s that fuse the traditional patterns of craft with the aesthetic of the cybernetic age, created during ‘normalisation’, a period of intense communist regulation that followed the suppression of the short-lived Prague Spring in 1968.

Active from the mid-1960s, Jagoda BUIĆ (b. 1930, Split, Croatia) is best known for her immersive, textile installations. By dispensing with the traditional loom, Buić gives her materials a new and powerful corporeality, creating ‘textile environments’ that draw on her own Dalmatian roots as well as her interest in theatre and antiquity. Two wall tapestries from the early 1970s will be included in the show as well as a rare felt tip drawing.

Polish textile artist Jolanta OWIDZKA (b. 1927, Radom, Poland; d. 2020, Radom, Poland) reimagined textile as sculptural and three-dimensional, elevating it from the domestic sphere and associations with ‘craft’ into the world of fine art. She was part of a select school of Polish post-war artists, who in the 1950s and ‘60s, during a particularly strict period of Communist rule in Poland, paved the way for a new conceptualization of tapestry and redefined the medium using unconventional materials to create experimental, textural and tangible works of art. A large-scale tapestry, measuring over two-metres high and nearly two-metres wide, featuring an abstraction of organic, amorphous forms made of wool, linen and metallic thread, will be presented.

Erna ROSENSTEIN (b. 1913, Lviv, Ukraine; d. 2004, Warsaw, Poland) was born into a Jewish family in Lviv – once located in Poland and now part of Ukraine. Part of the leftist art movement known as the Kraków Group, Rosenstein developed her own autonomous language through painting and drawing to rewrite her post-war trauma and experiences of the Holocaust, where she was gravely wounded, and her parents killed. Remaining at the forefront of the Polish avant-garde for the rest of her life, Rosenstein sought to question materialism and challenge the status quo of post-war reality. From the 1950s, she incorporated waste and remnants into her work, turning everyday objects and furniture into art to create ‘memory holders’ – like her painting City (1991), on view as part of the show, that captures Stare Miasto, a neighbourhood in Warsaw.

Installation view, Our inheritance was left to us by no testament, Richard Saltoun Gallery, London, 2020