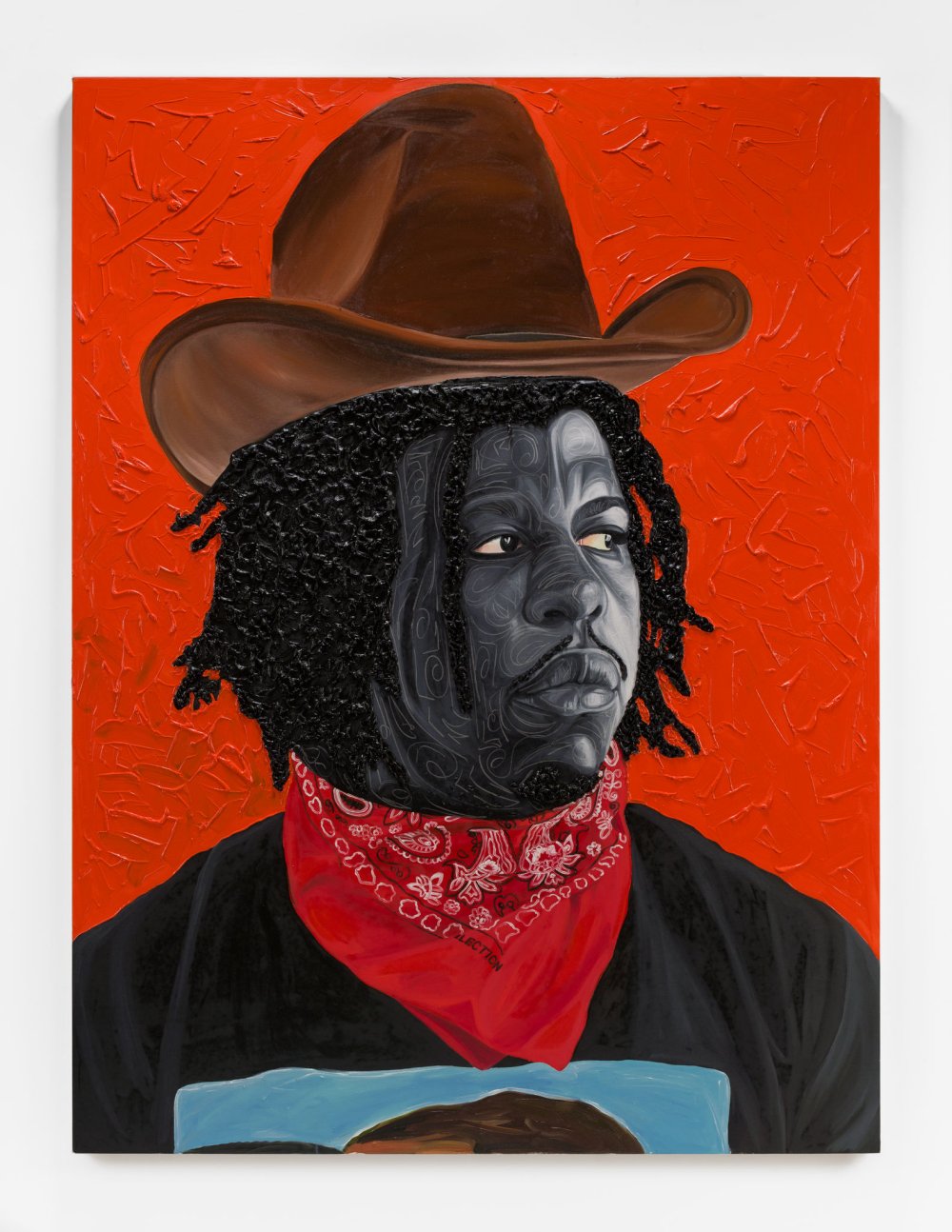 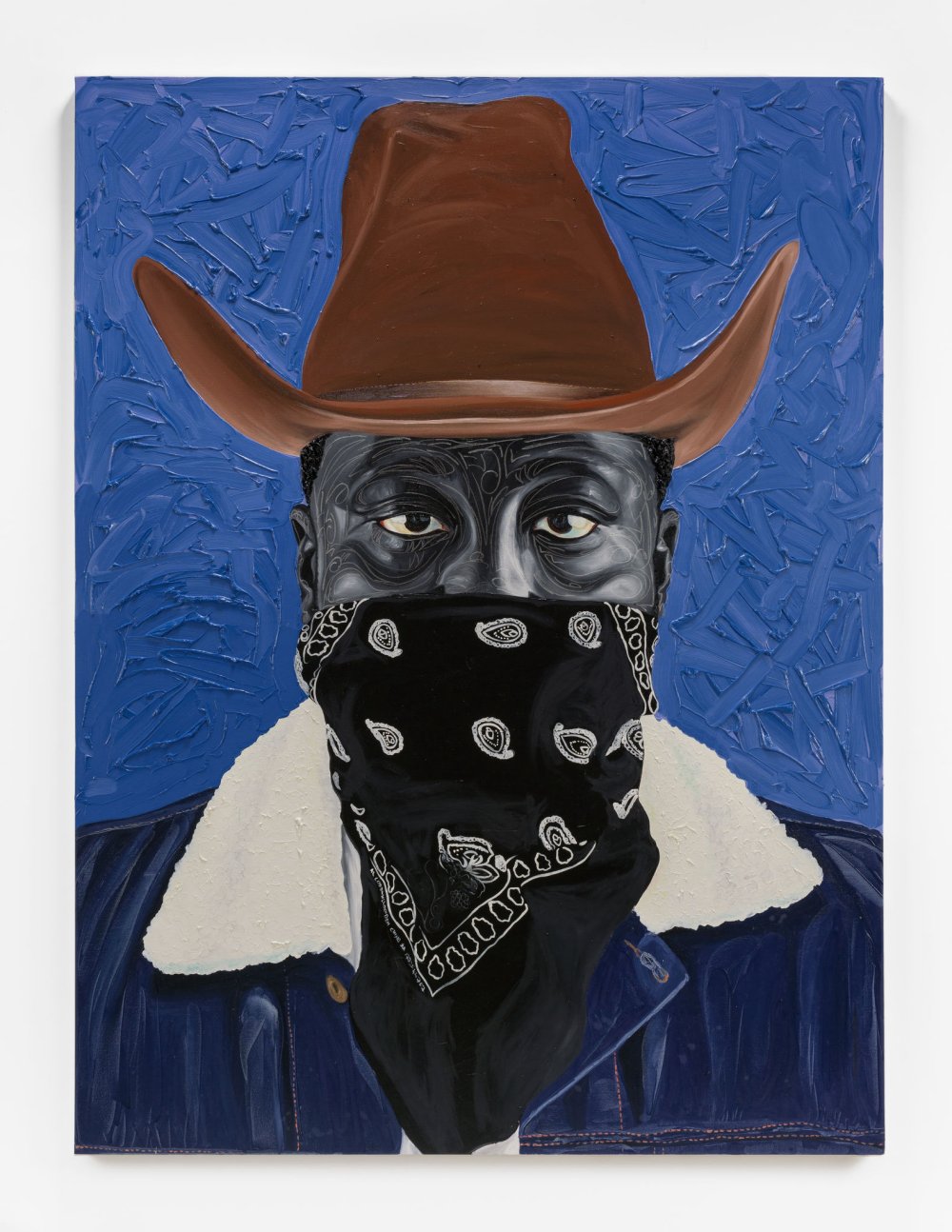 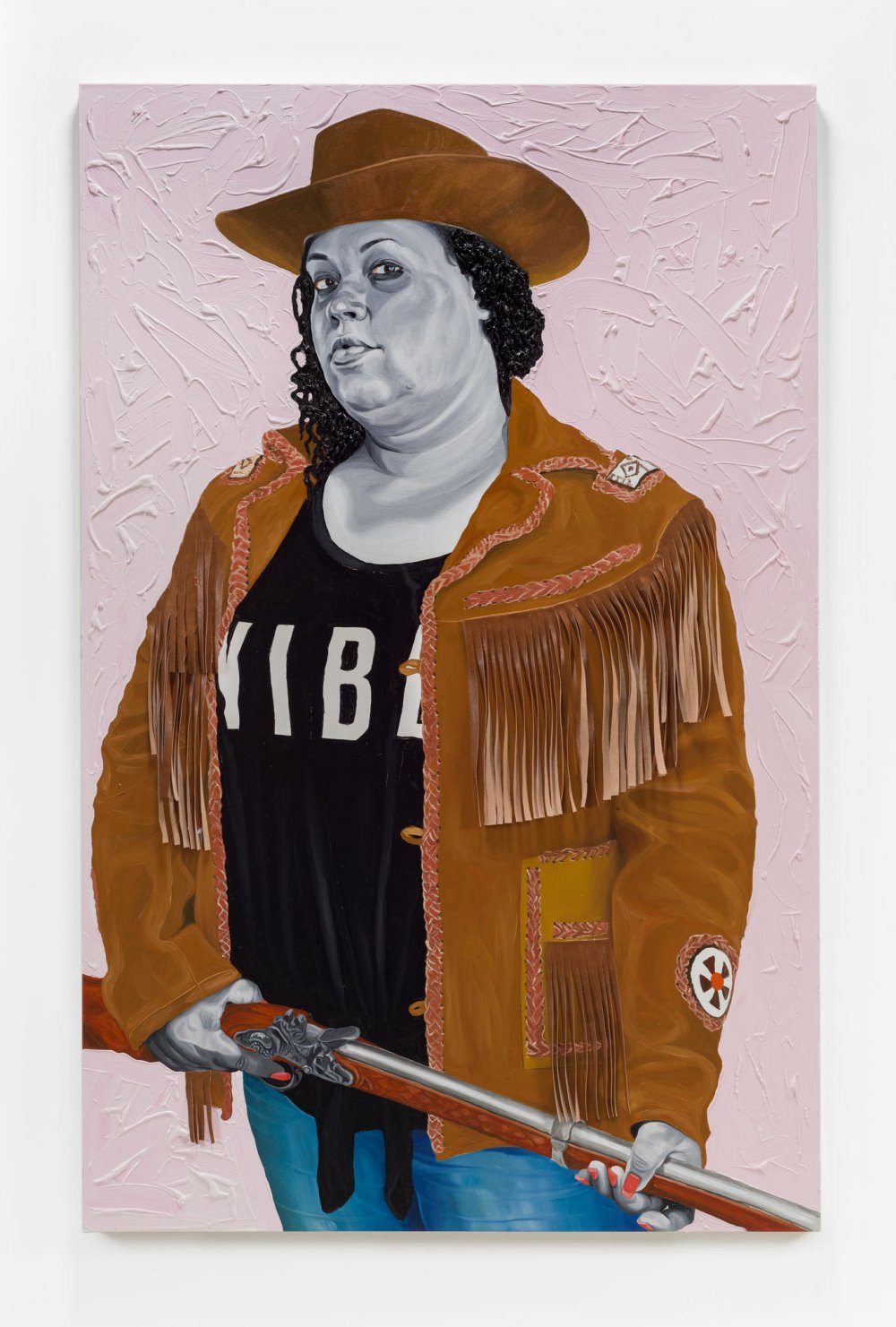 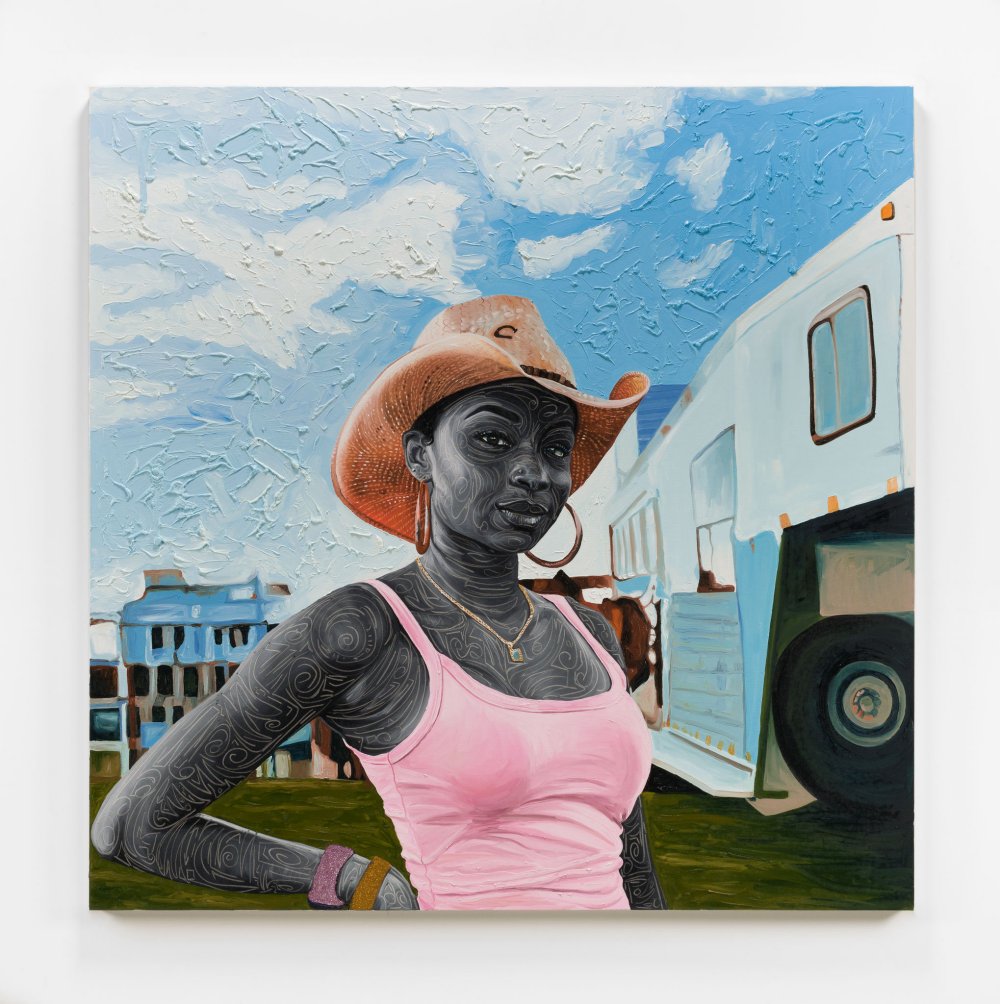 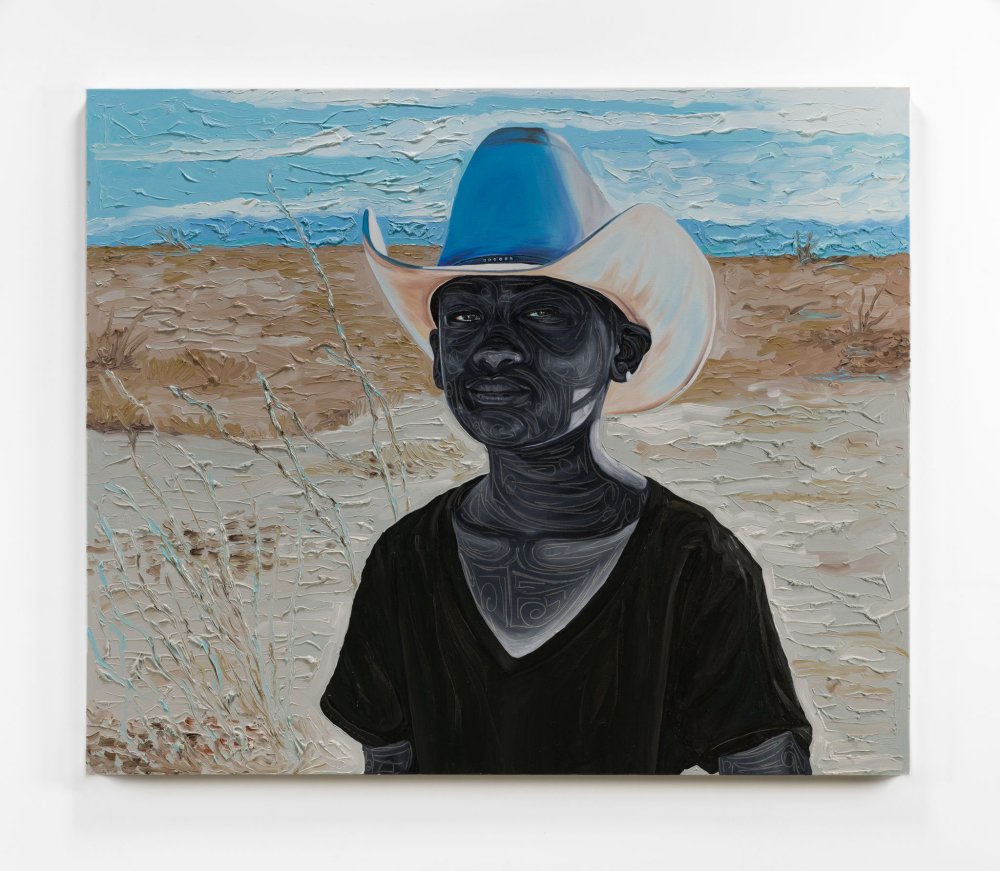 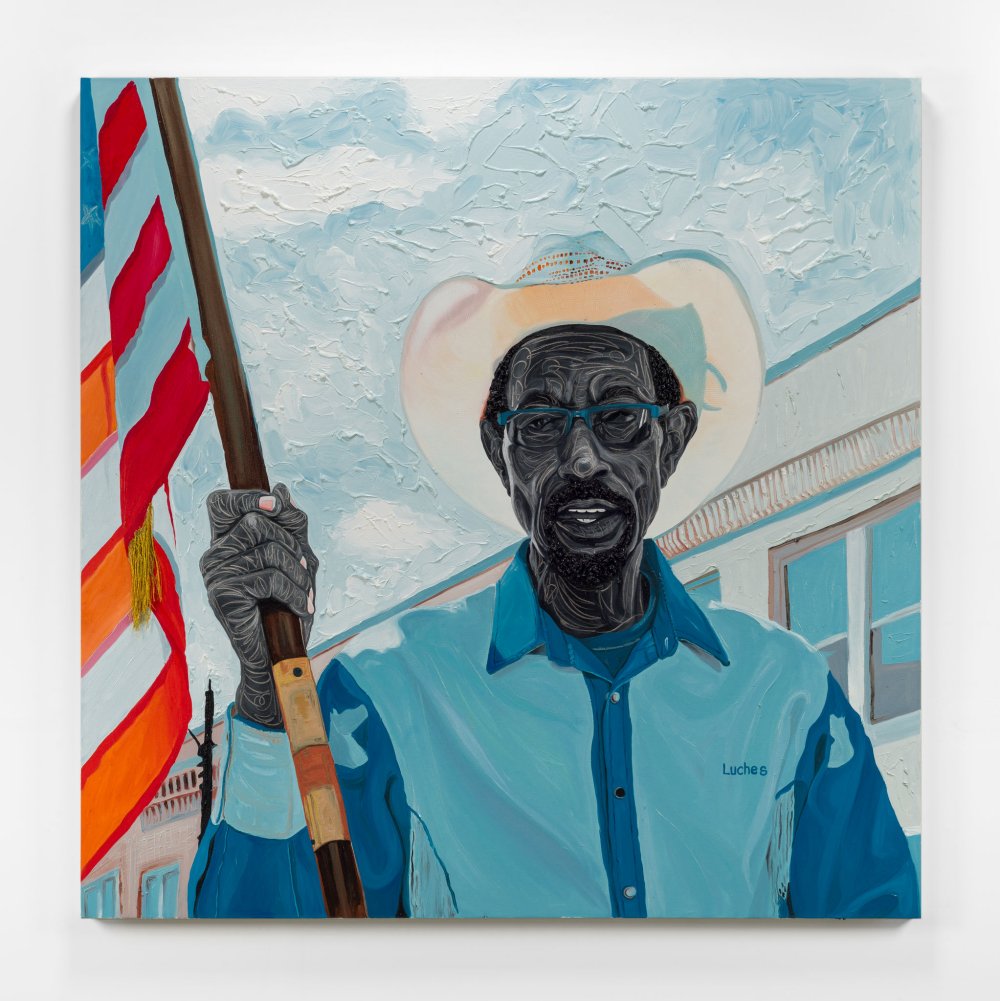 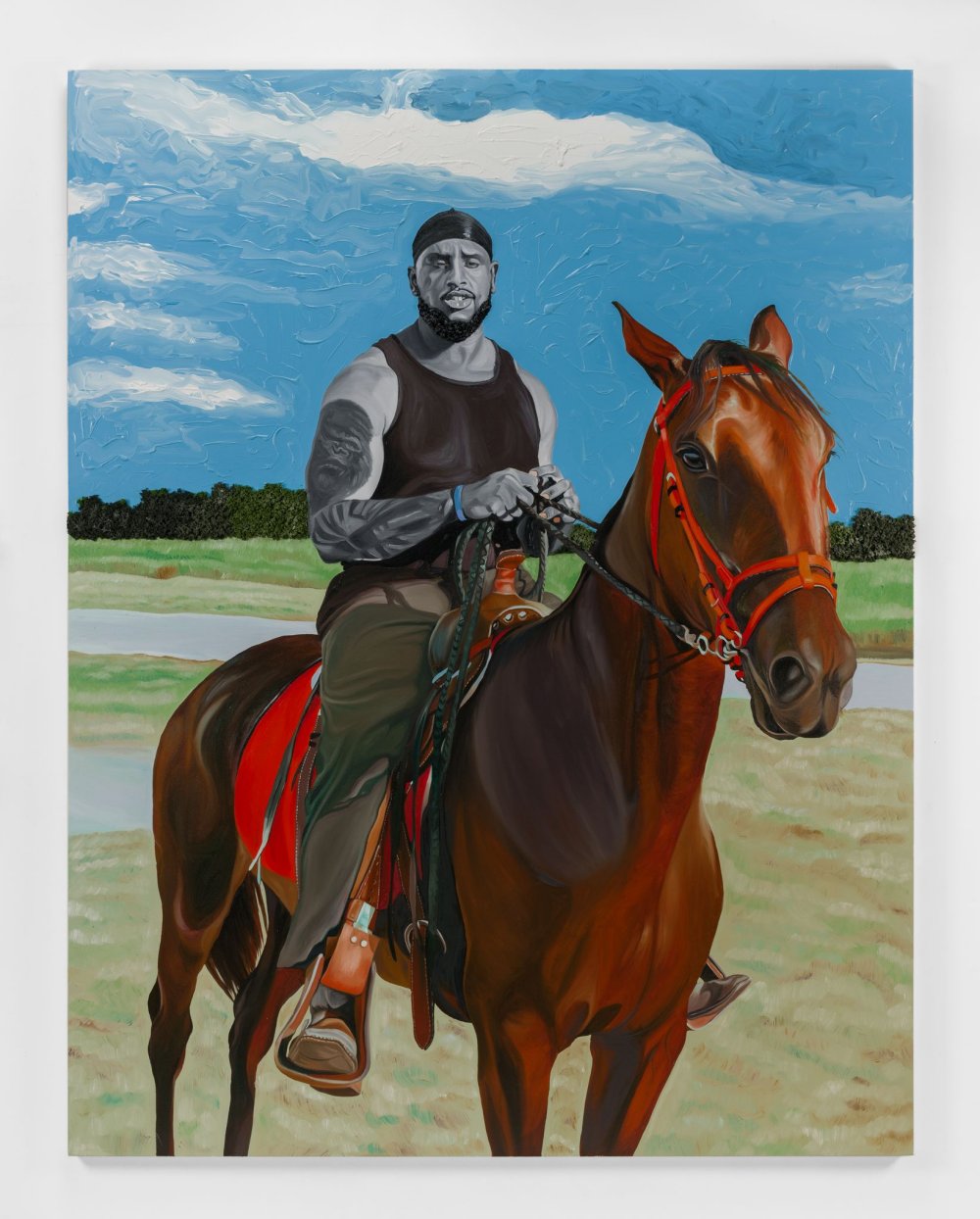 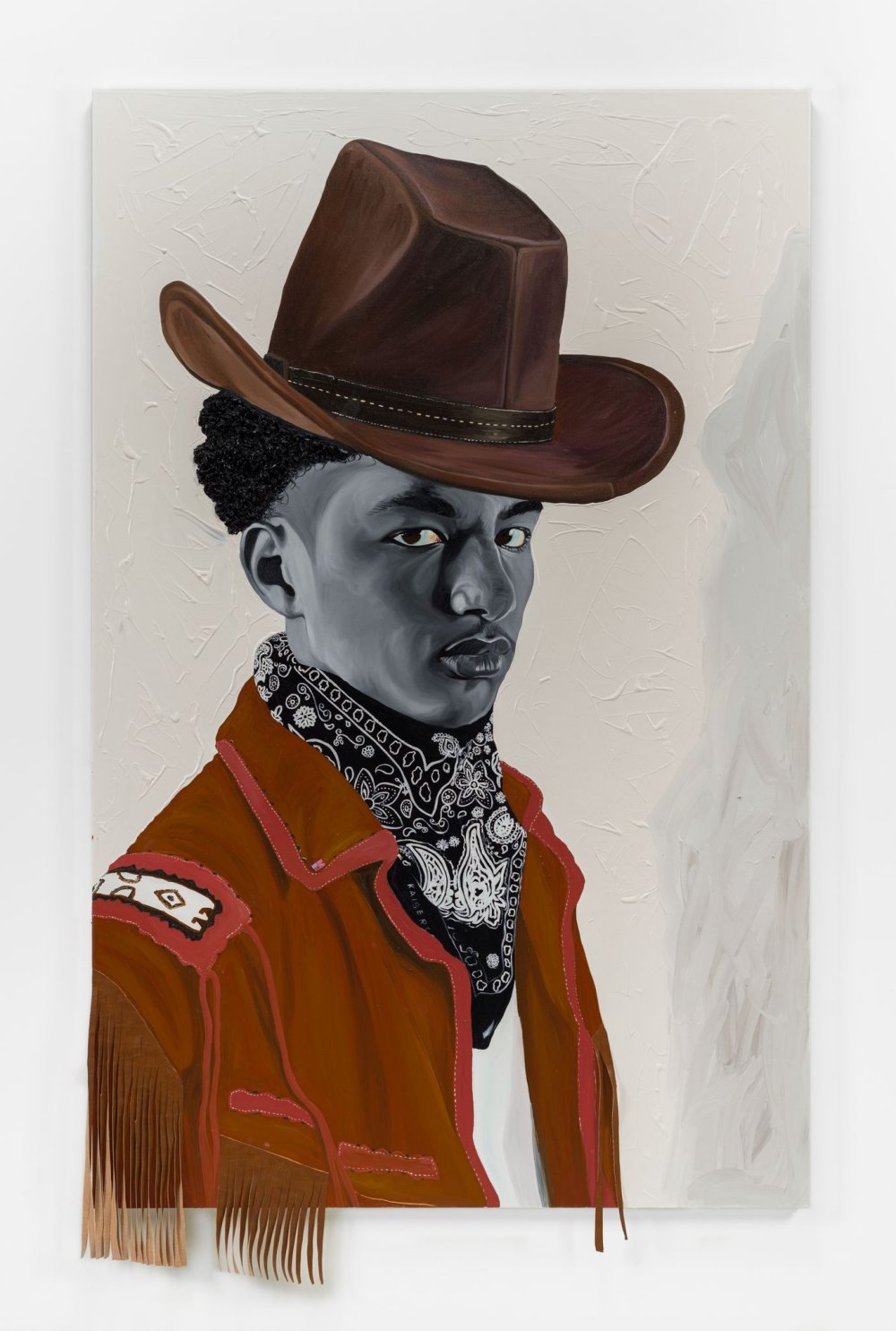 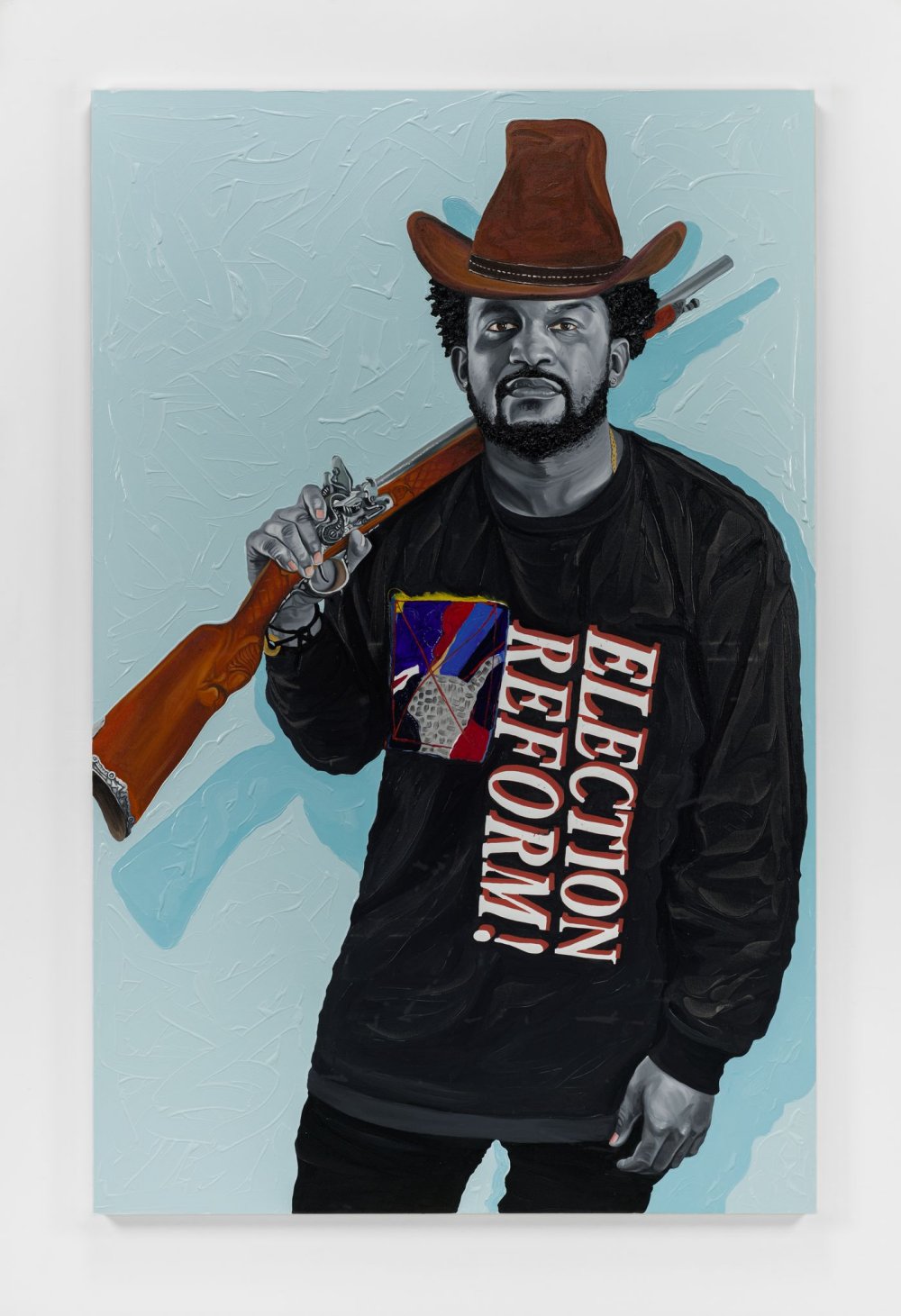 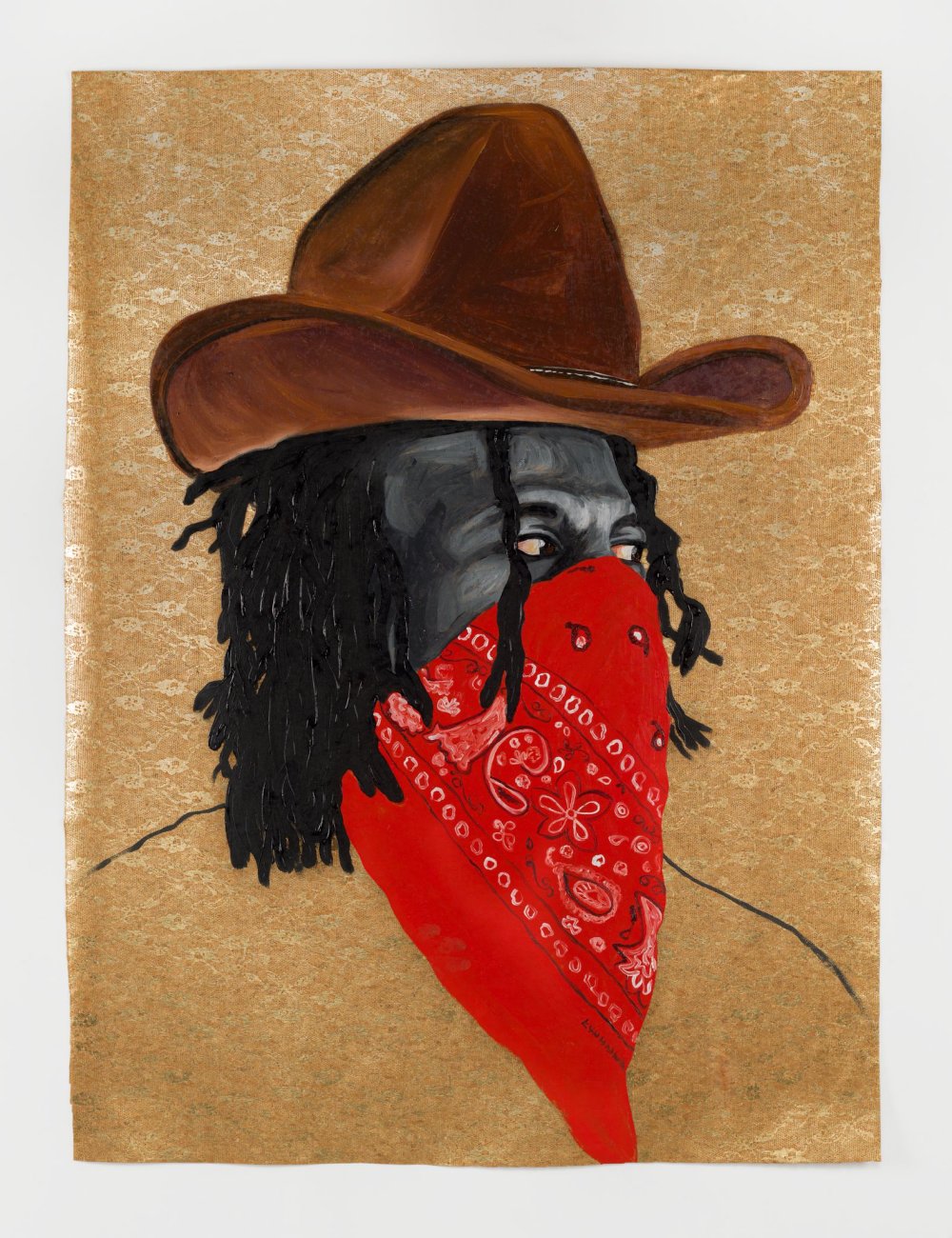 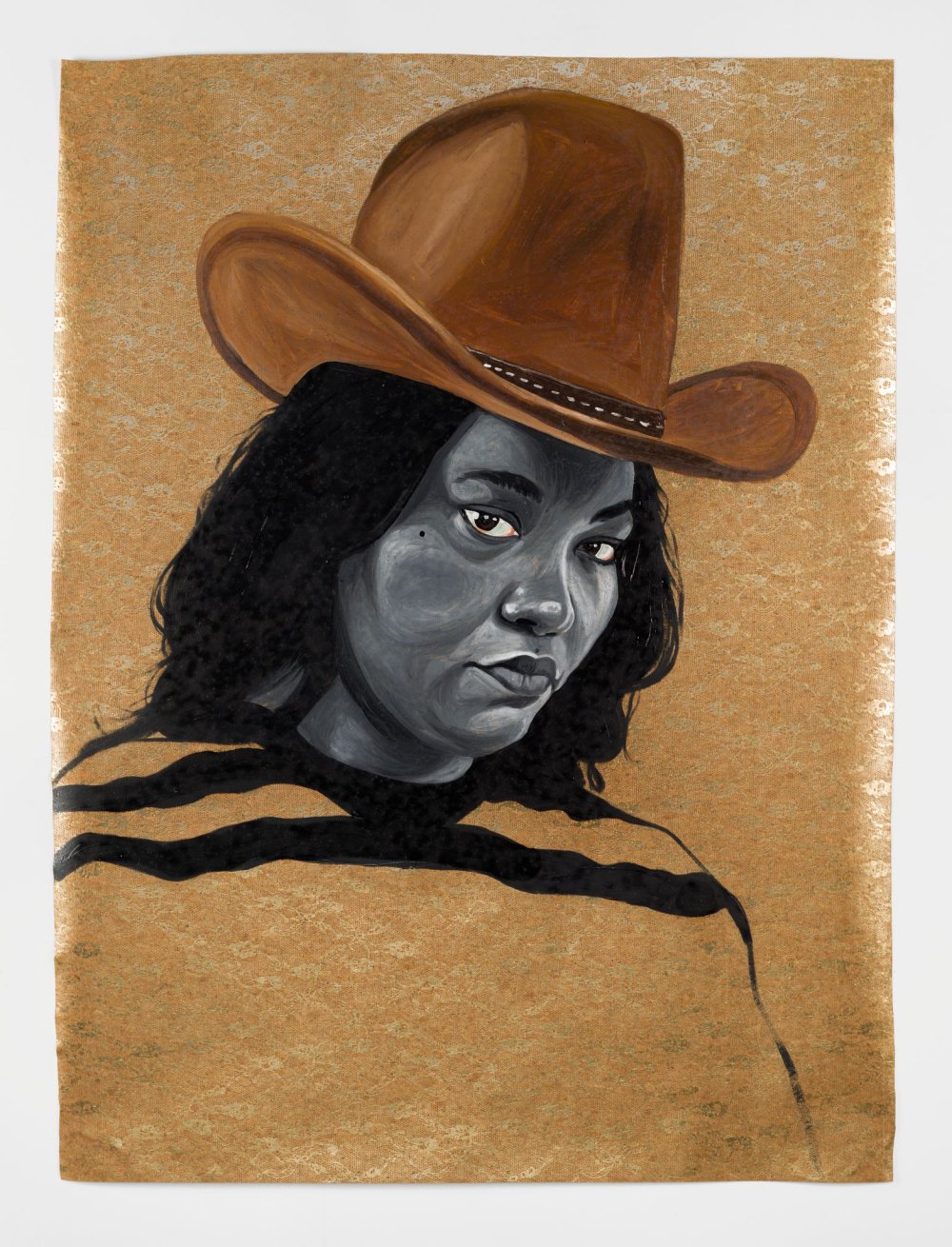 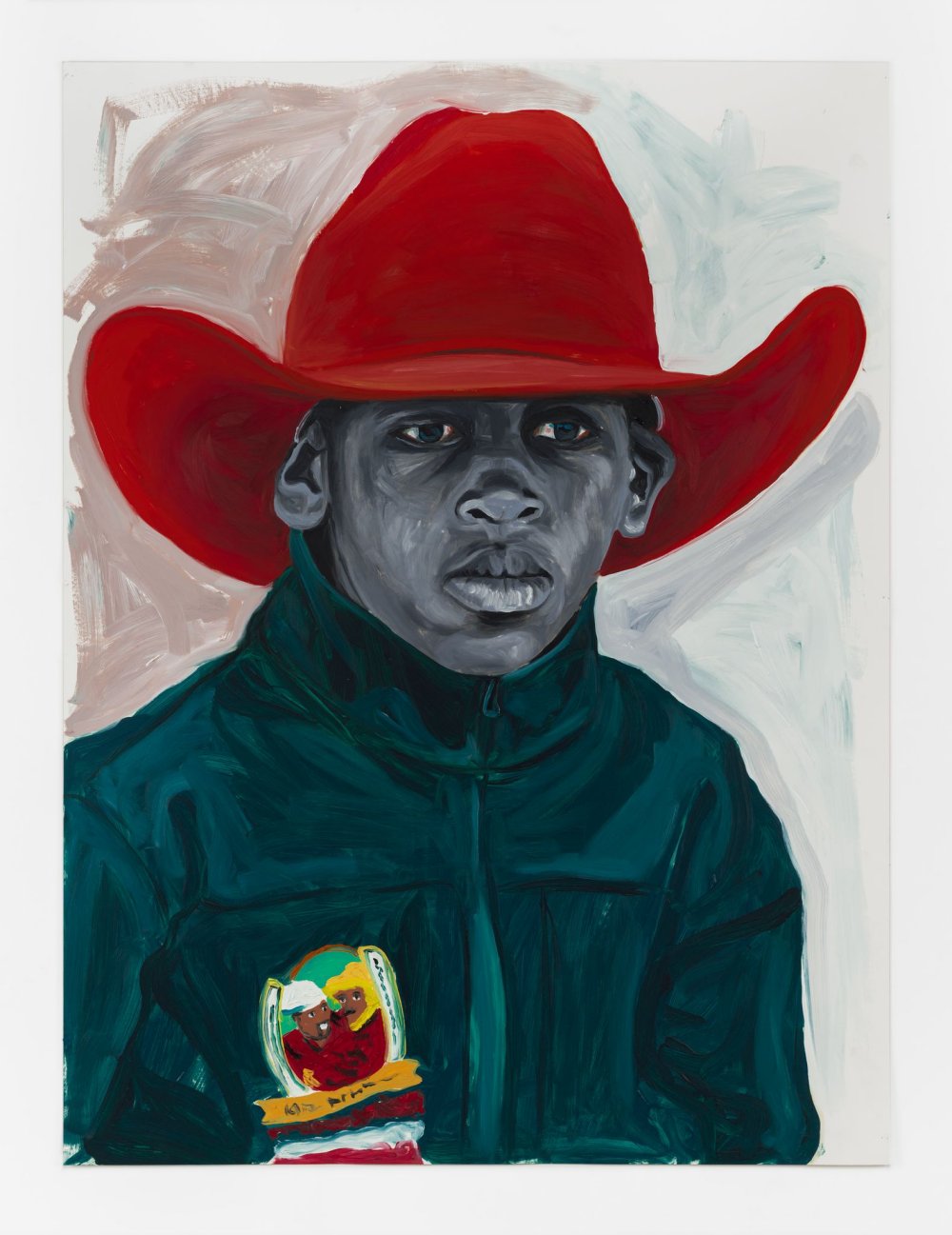 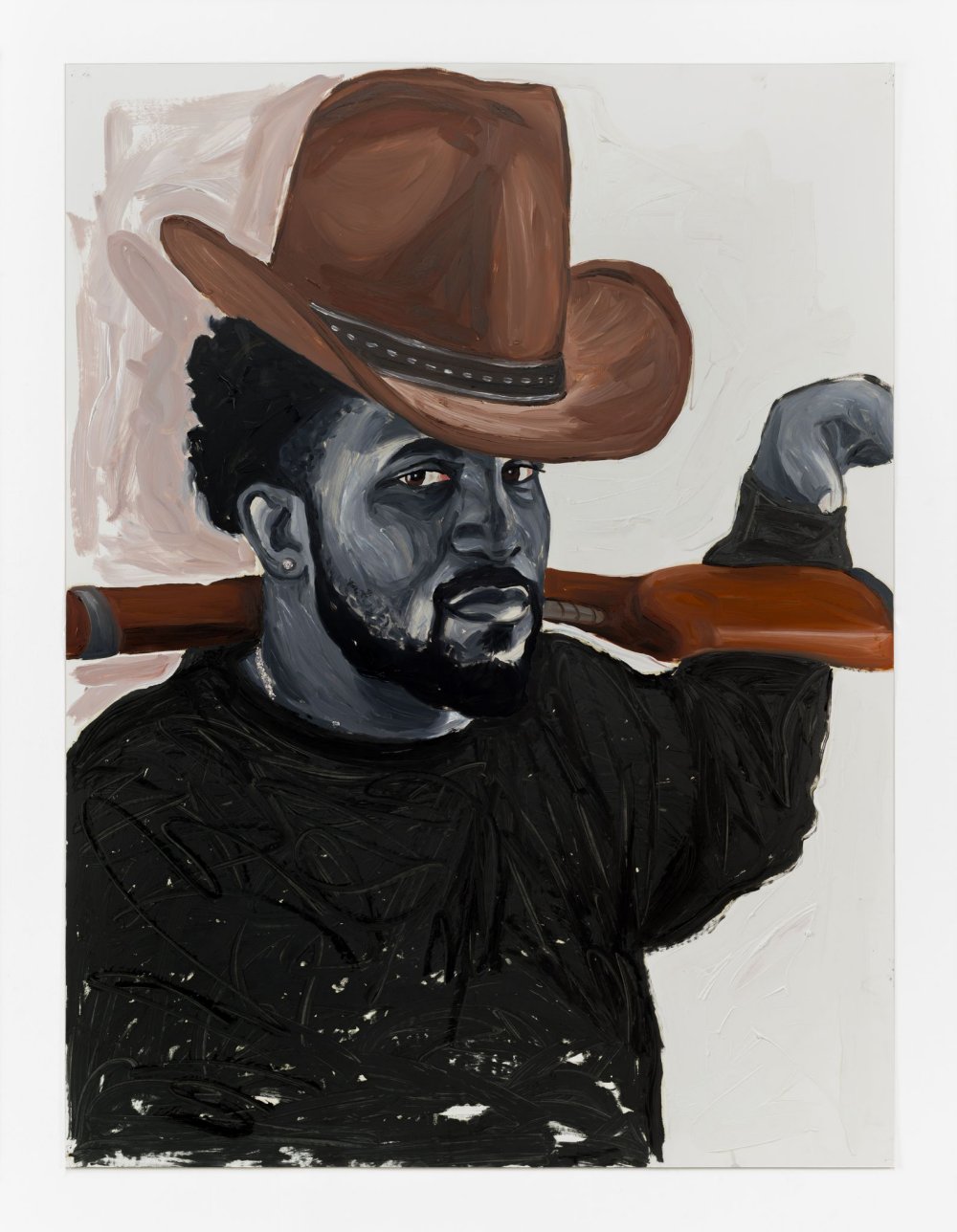 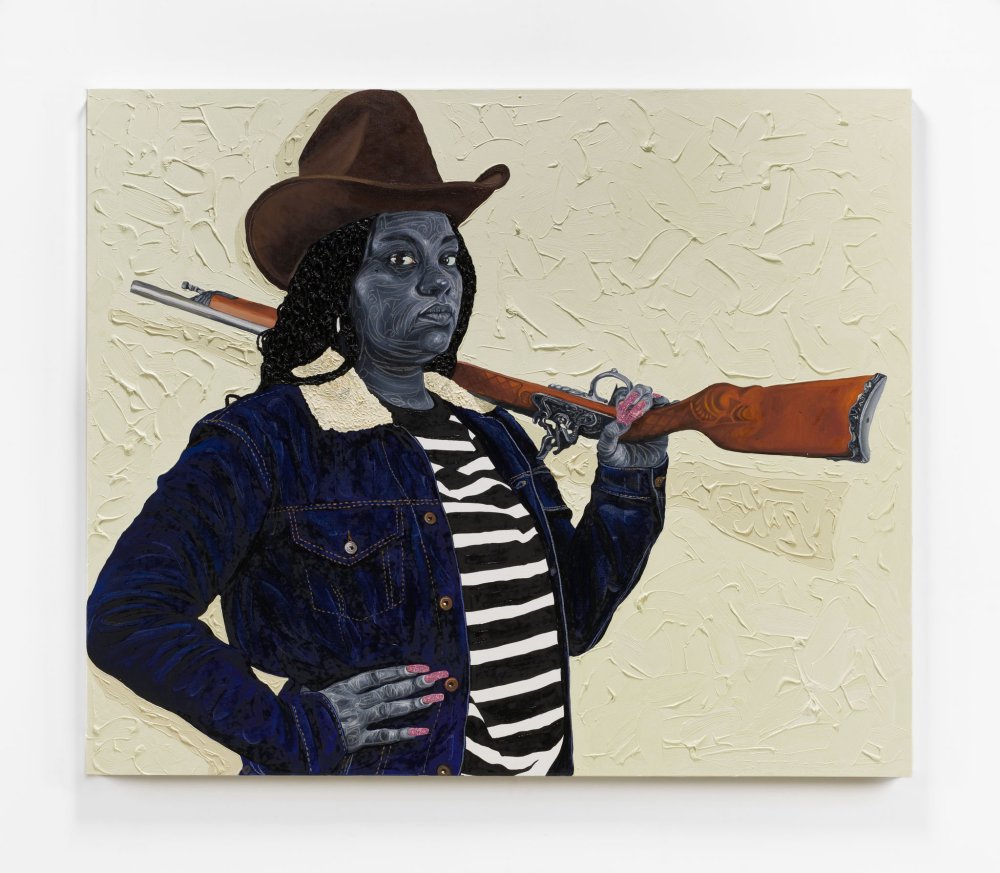 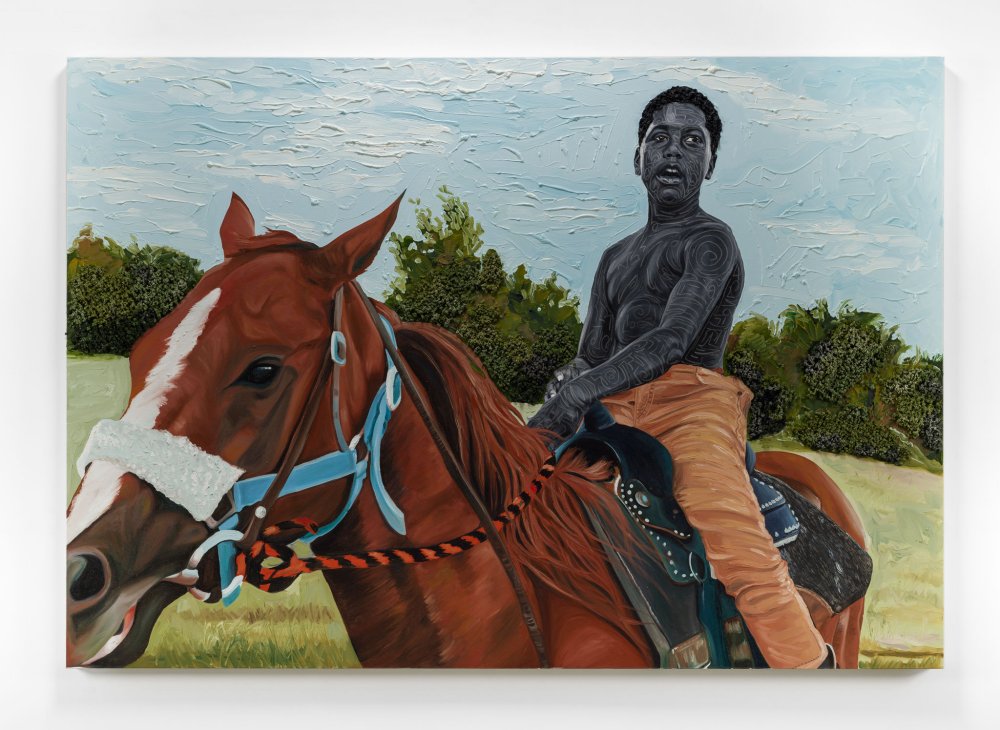 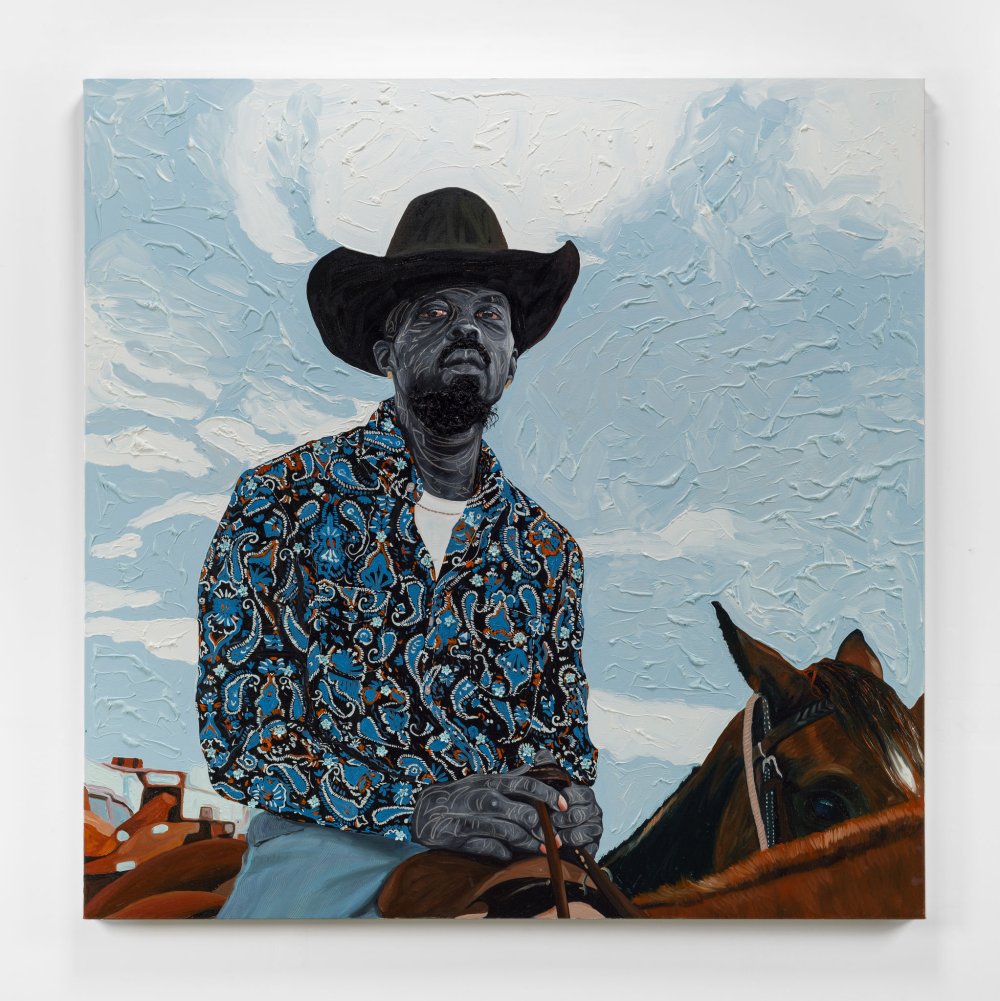 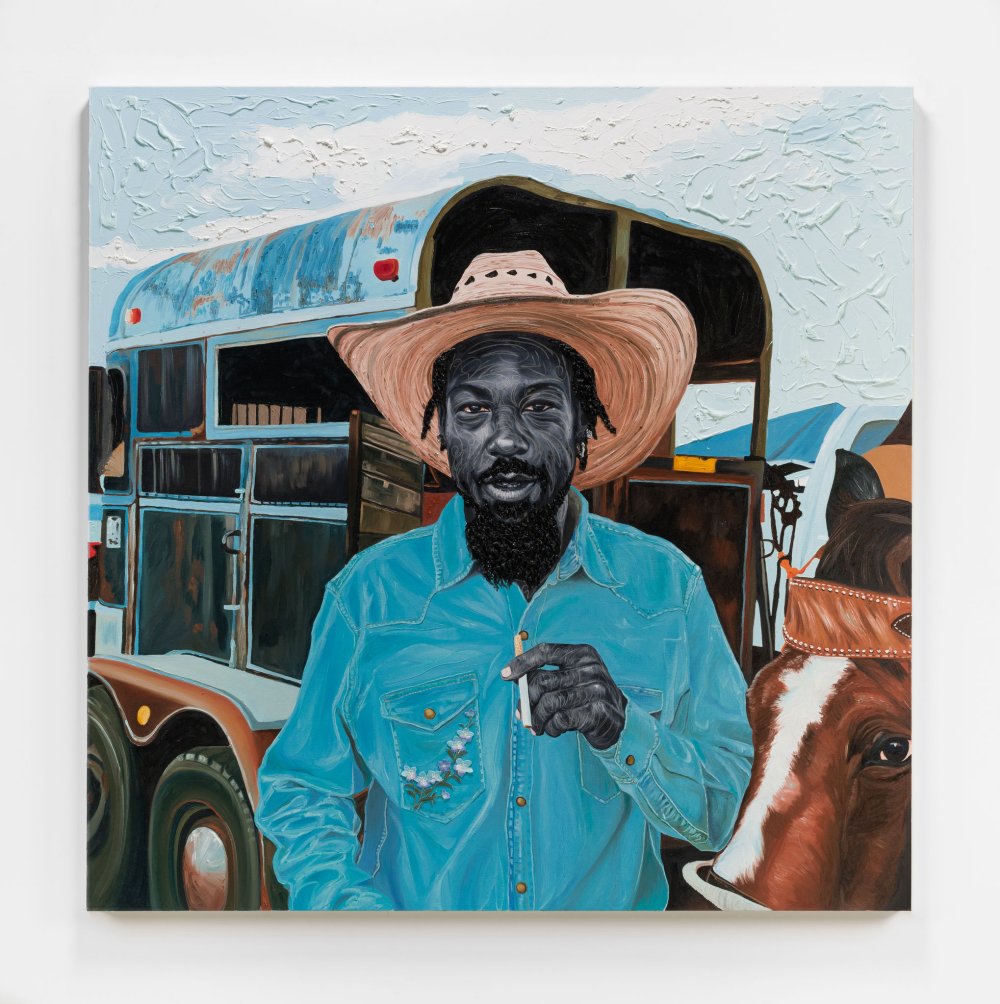 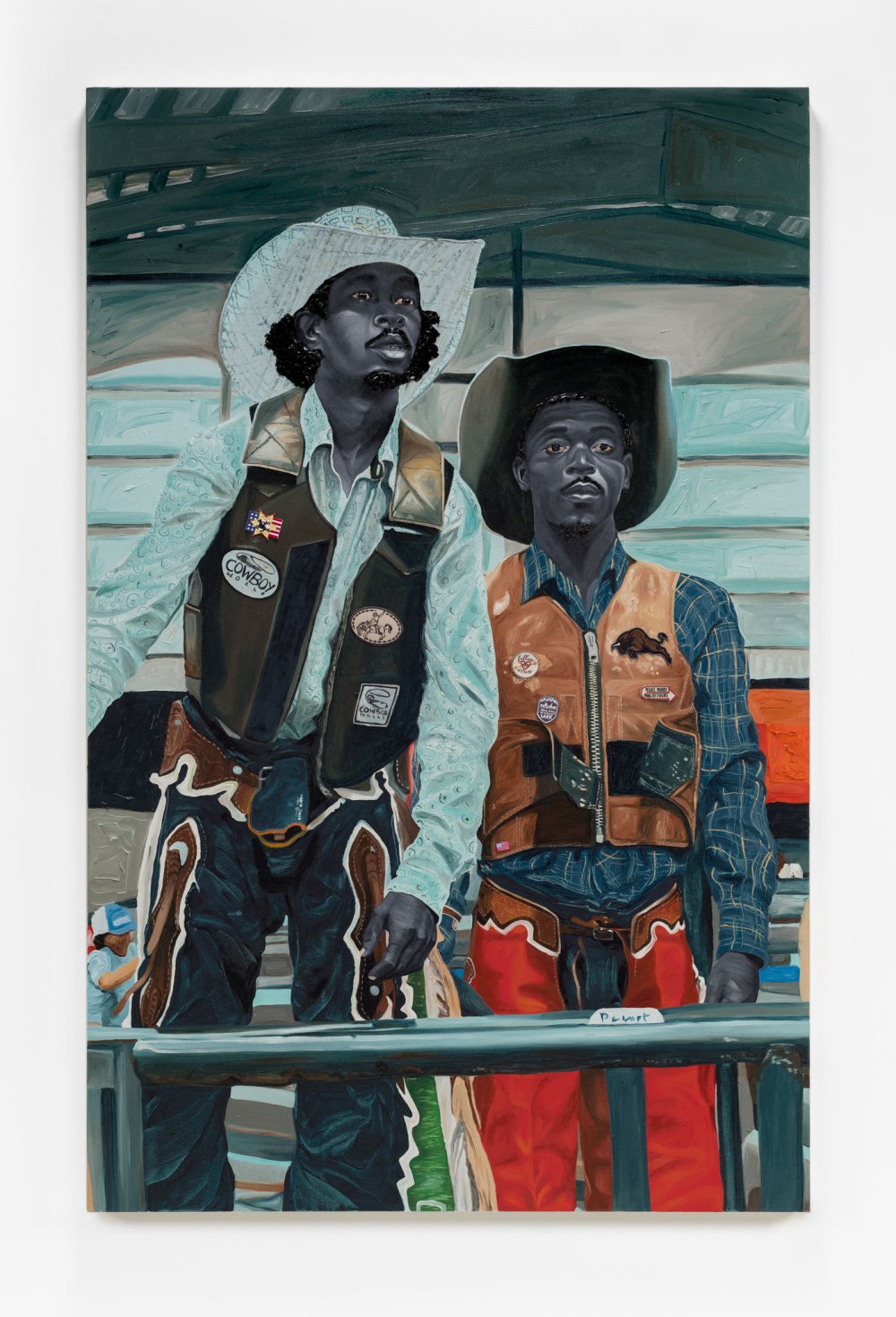 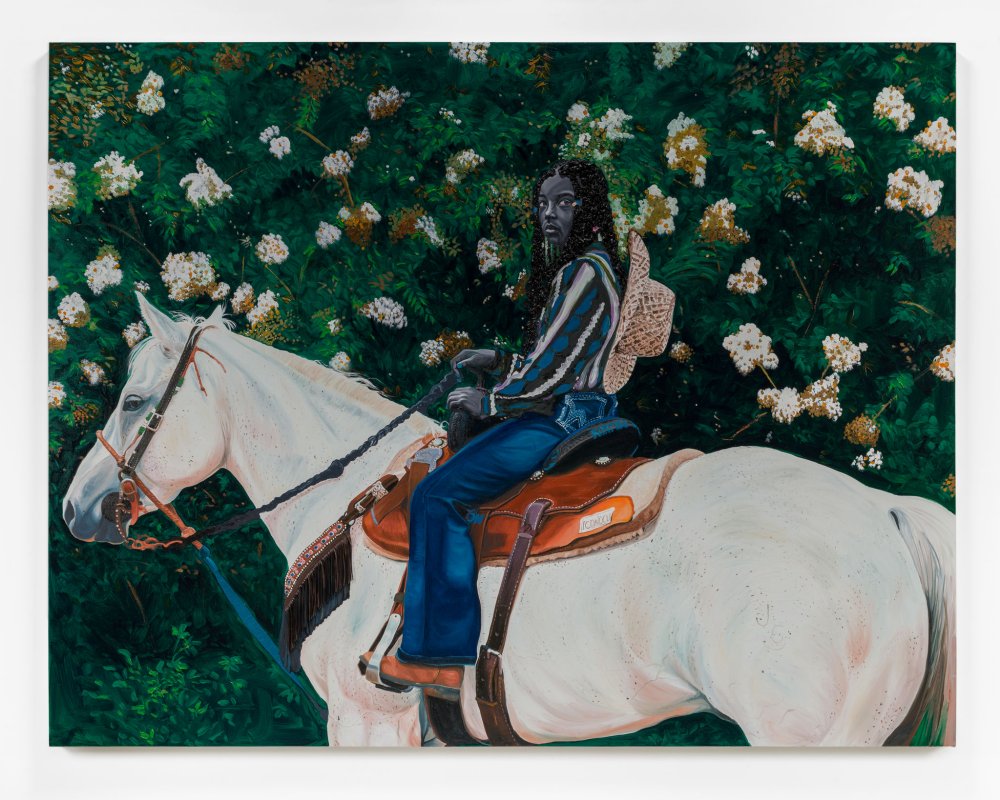 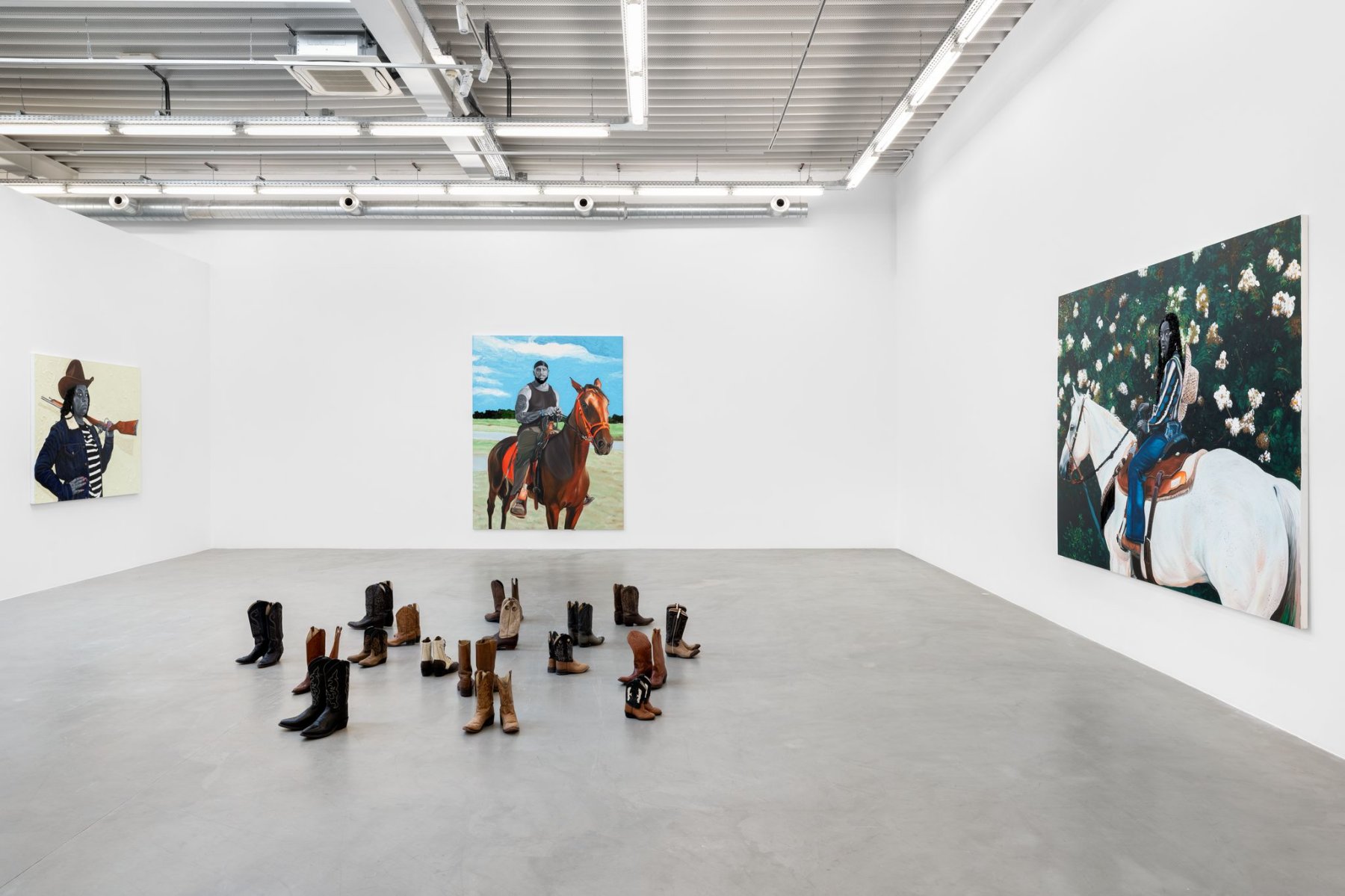 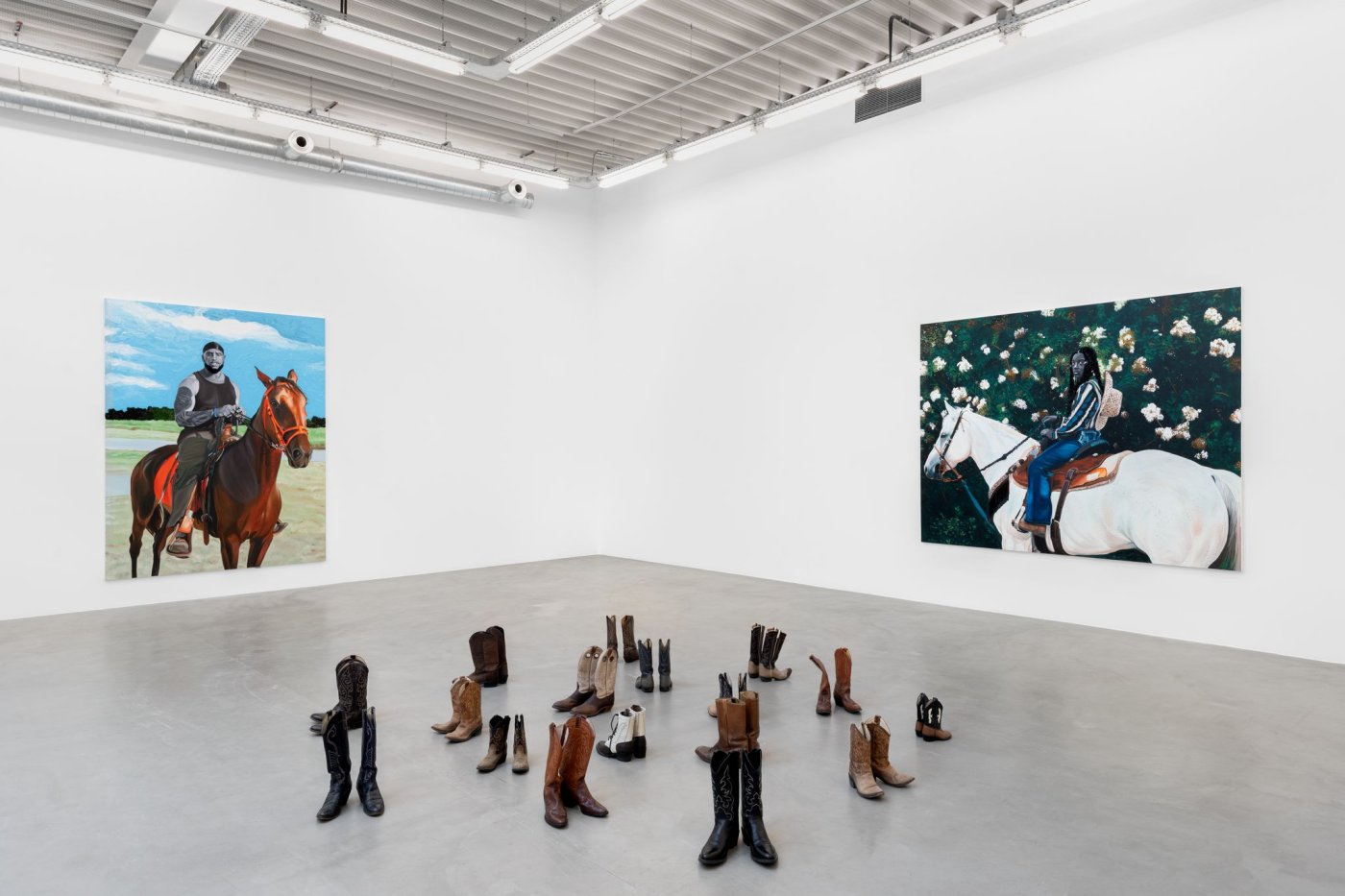 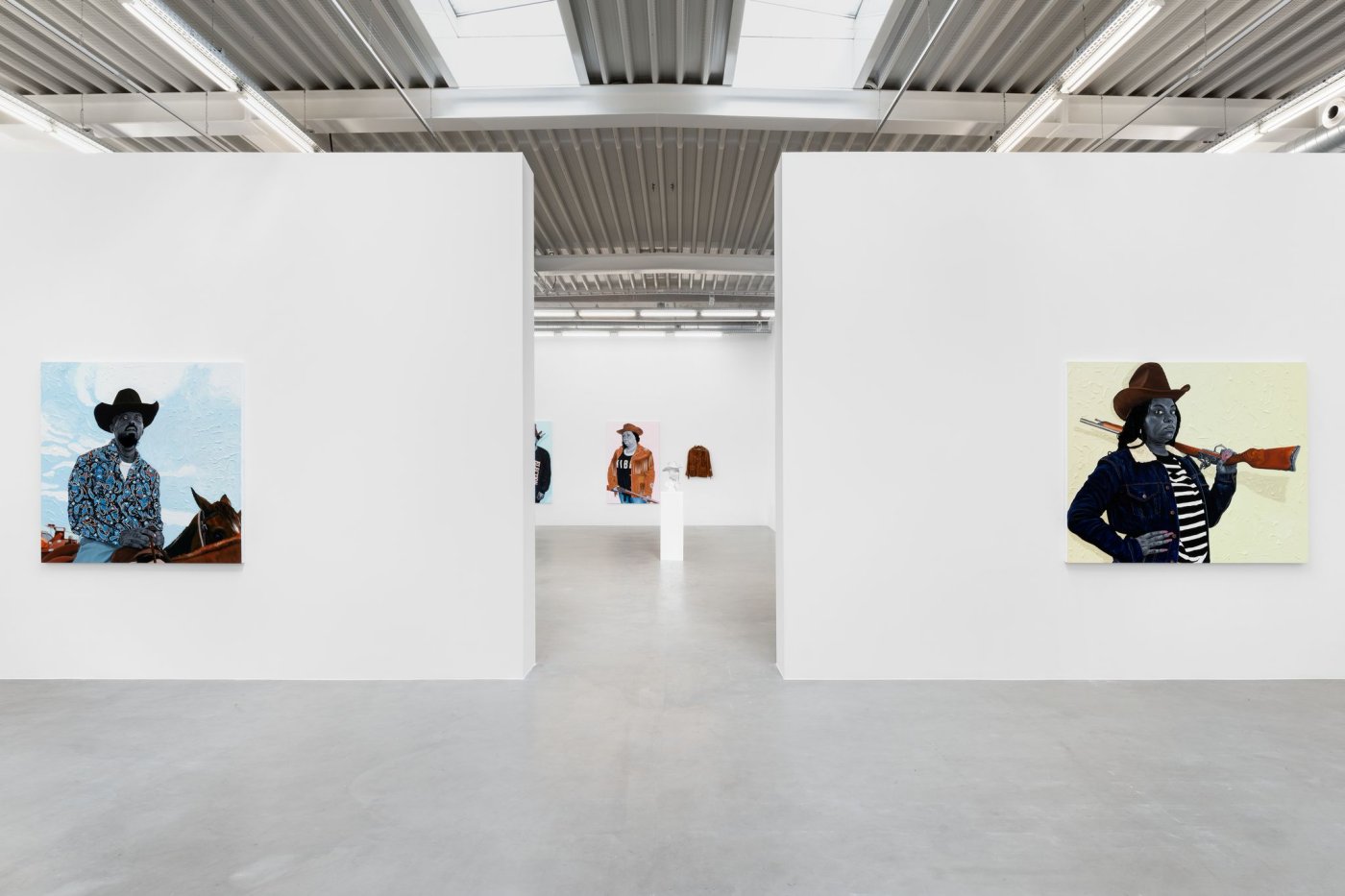 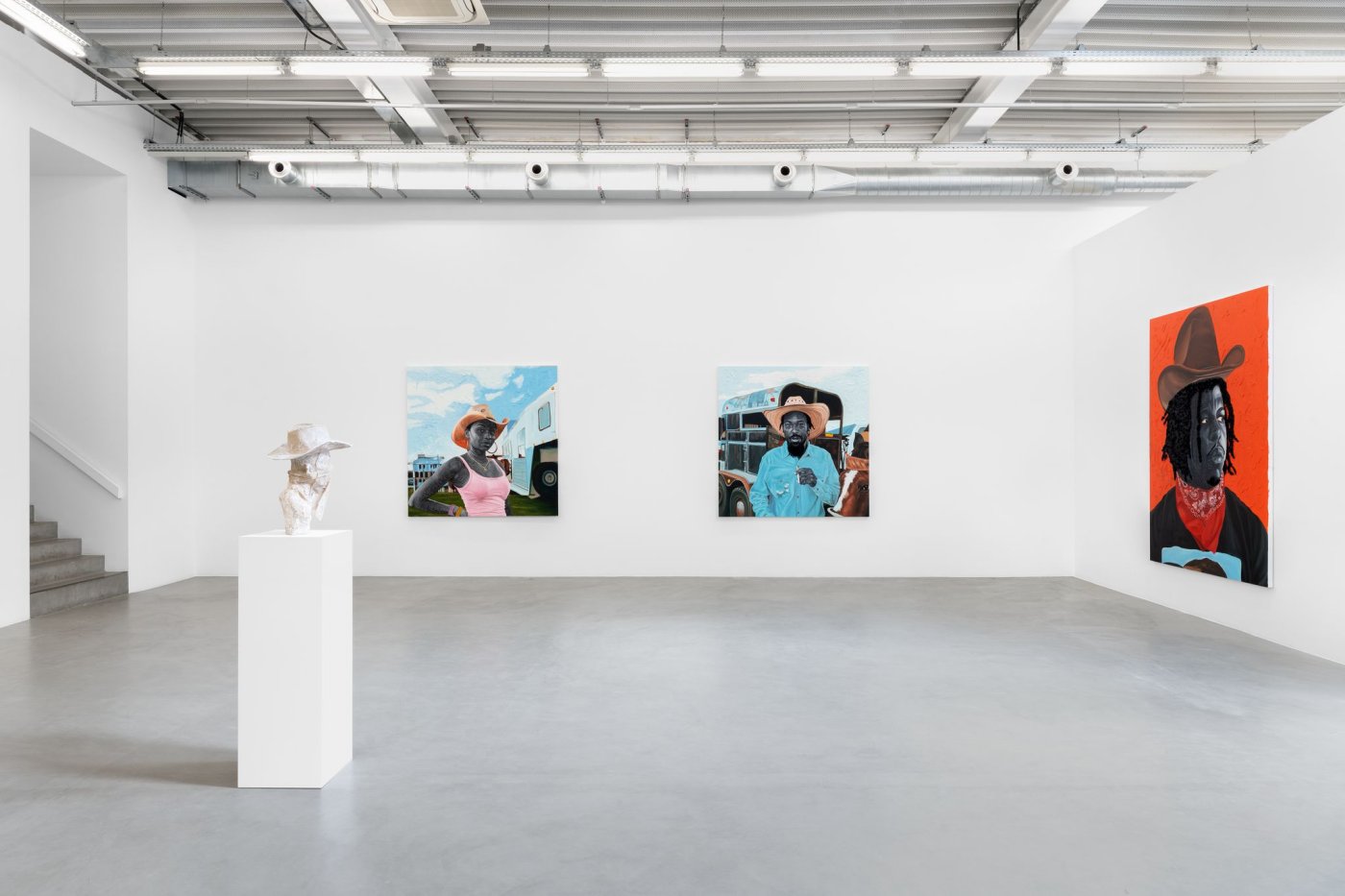 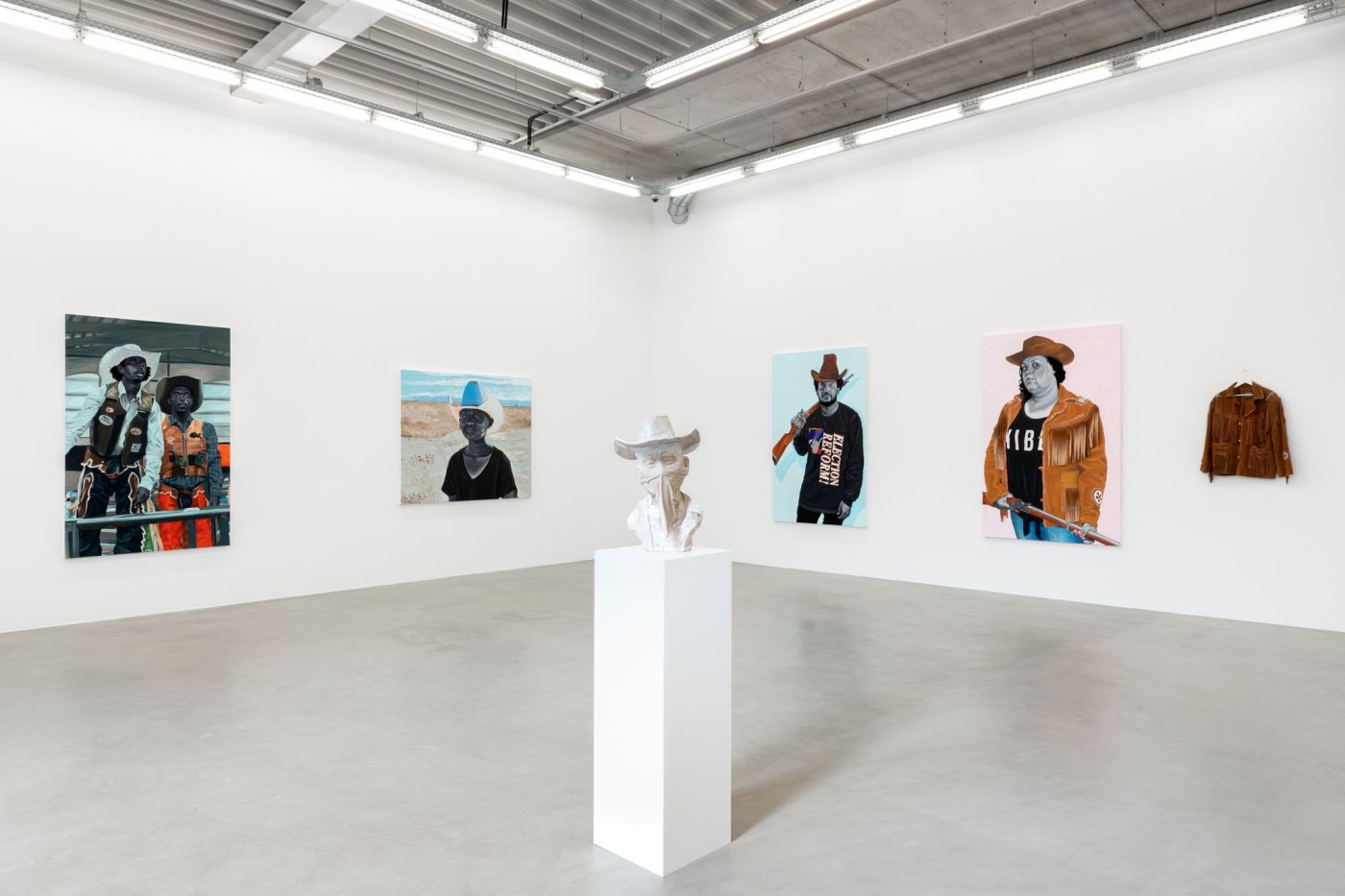 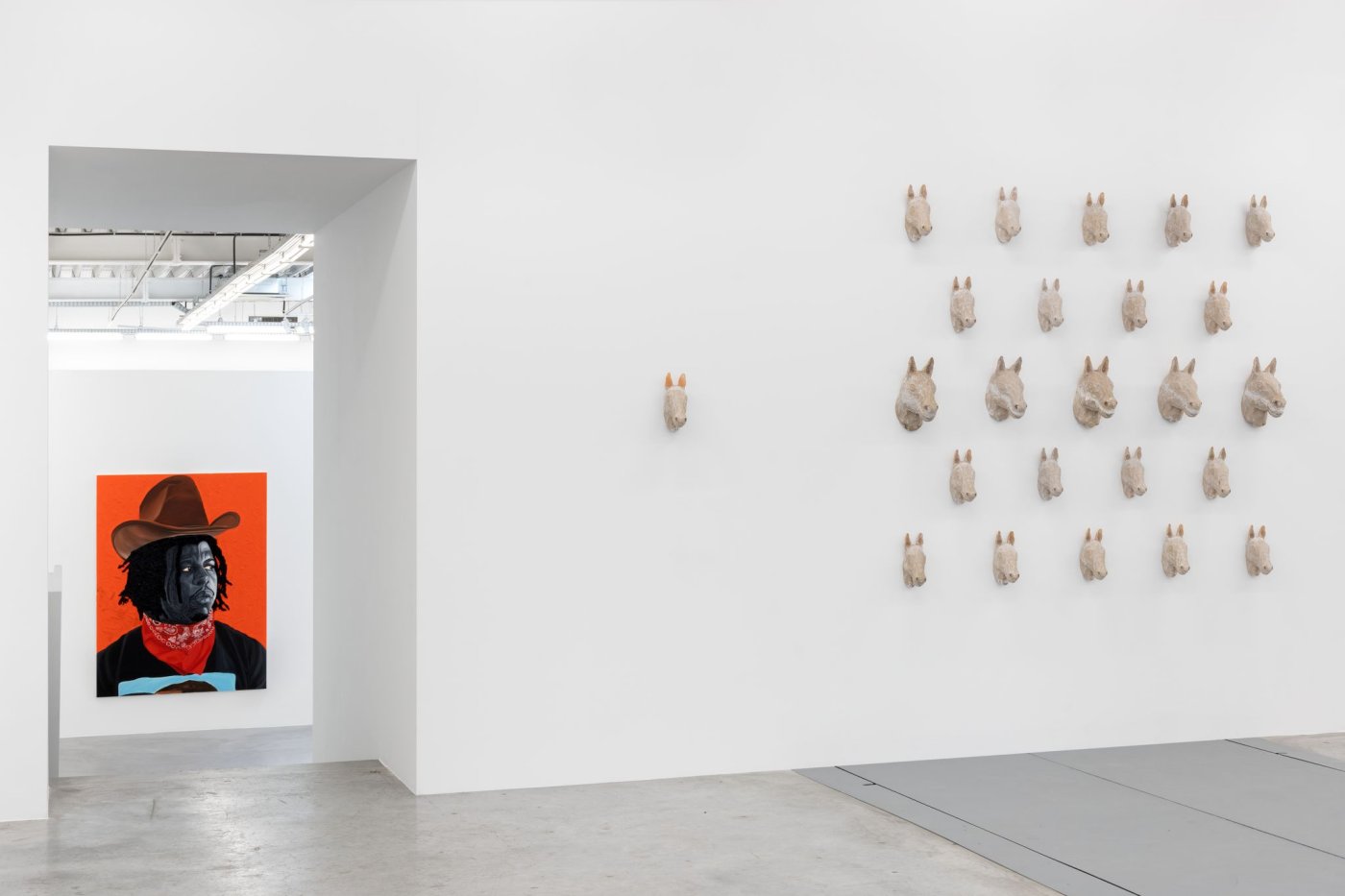 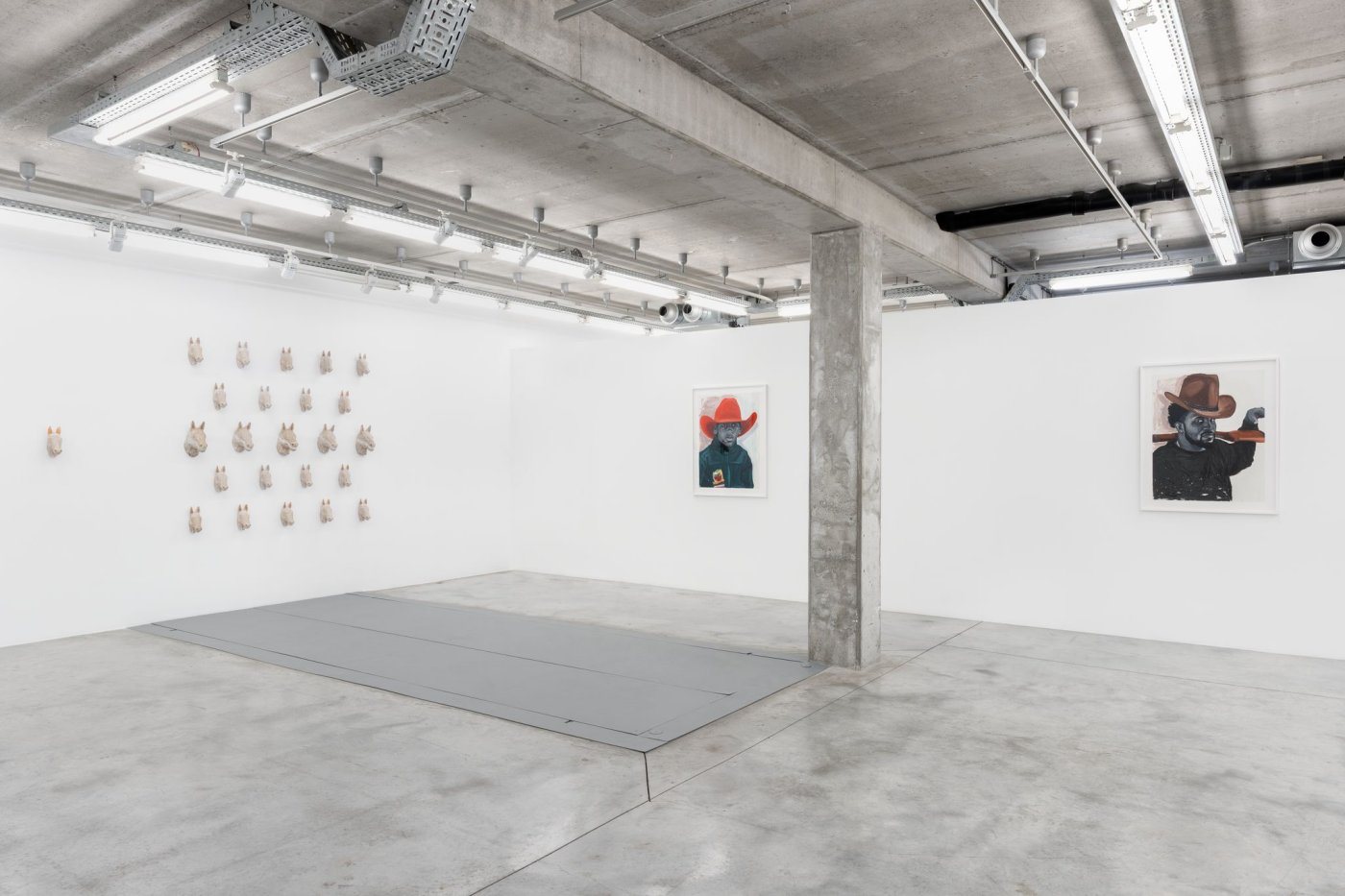 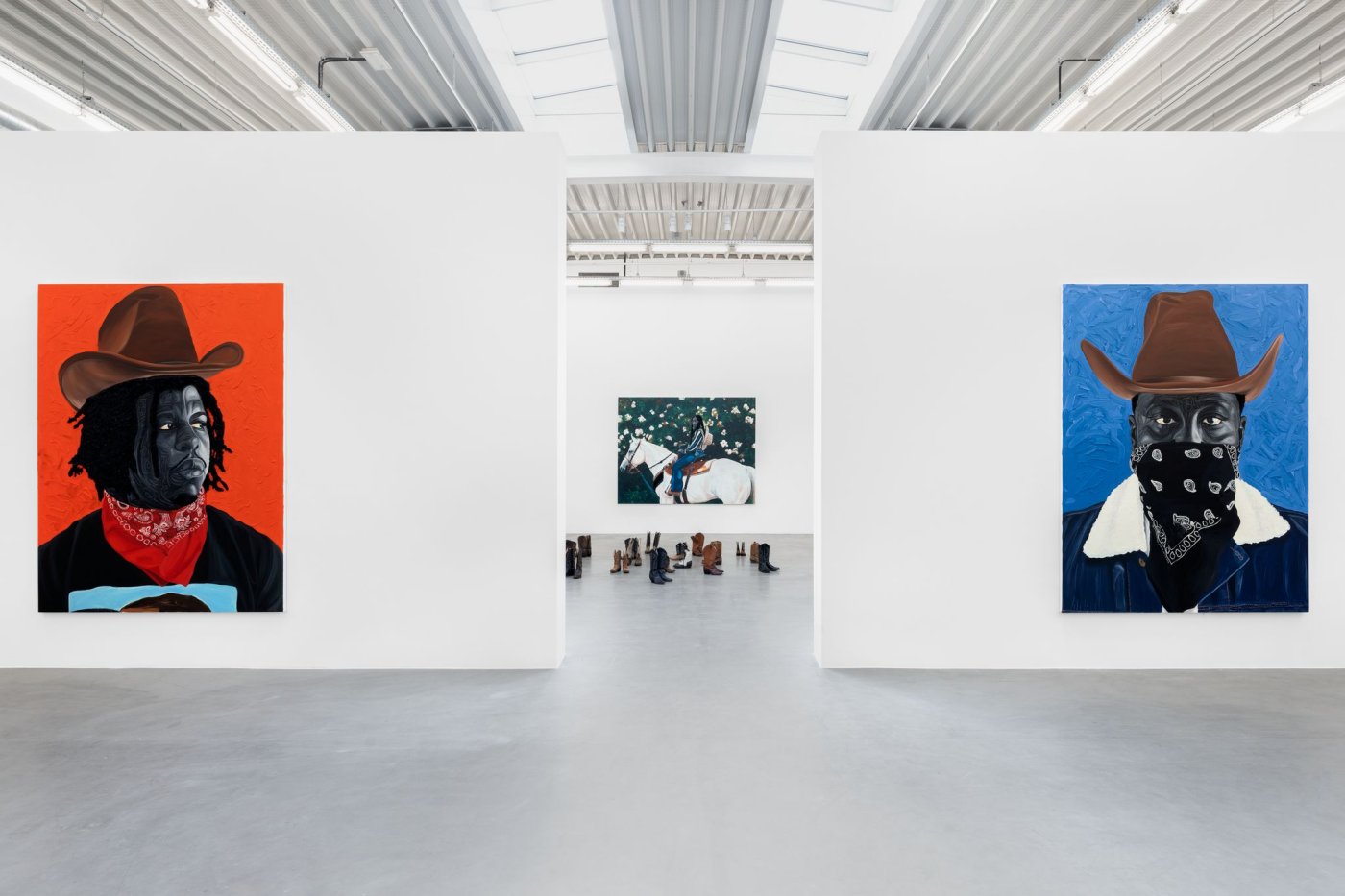 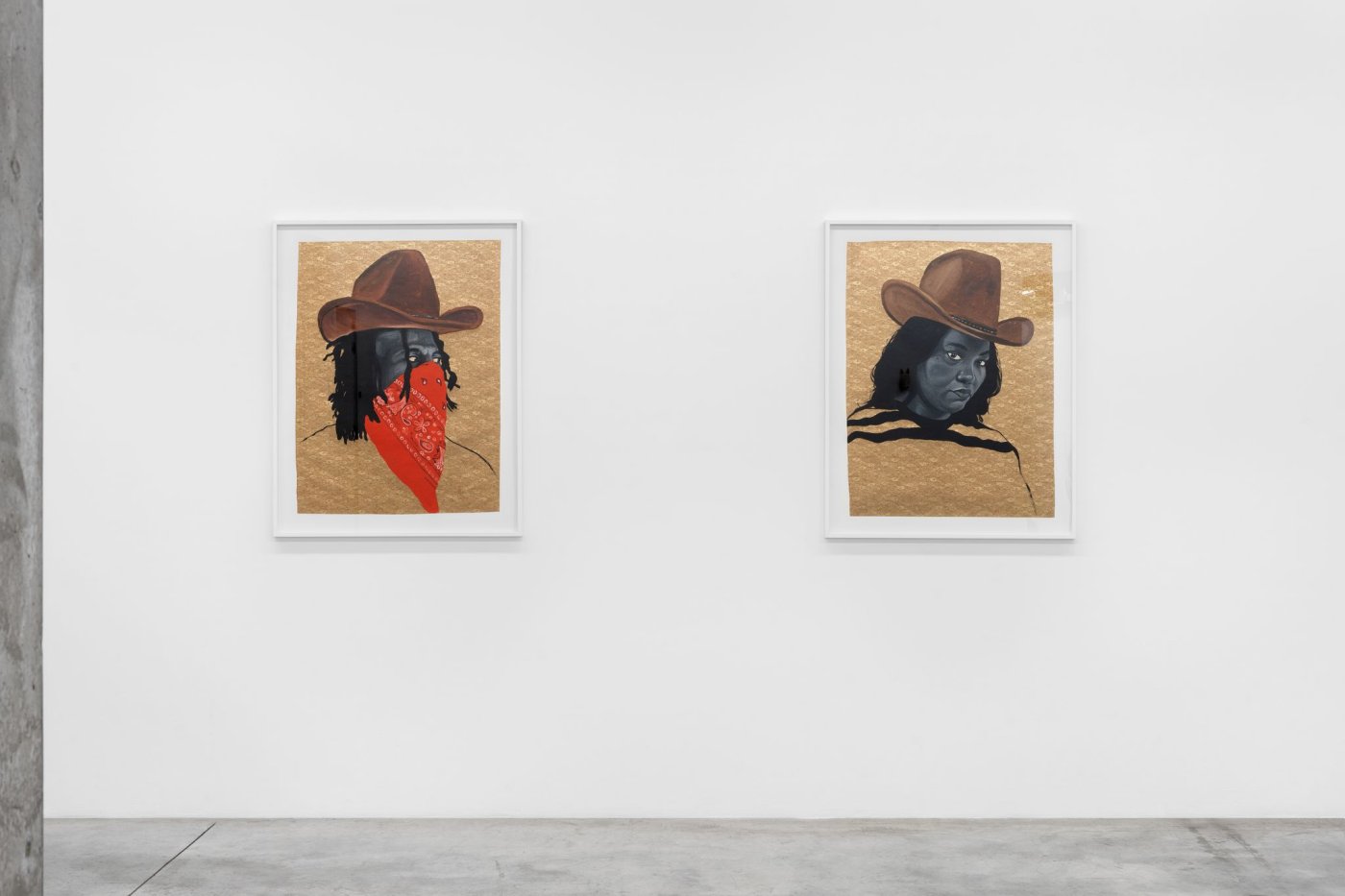 Known primarily as a painter, Quaicoe will also present for the first time sculptures as an expansion of his work on the series. The works featured in BLACK RODEO are a result of rigorous cultural investigation and the continued experimentation with figurative forms accented with bold colors and rich texture that has become the signature of Quaicoe’s artistic practice. Taking inspiration from his childhood affinity for cinema, in particular “Spaghetti Westerns”, Quaicoe wanted to unearth the erasered stories of Black American cowboys.

BLACK RODEO: Cowboys of the 21st Century serves as a forum for Quaicoe to pay homage to a community that has been pushed to the margins and whitewashed by history. Quaicoe over the past several years has cultivated an artistic practice centered on the desire to visually articulate stories that celebrate the beauty of Blackness with nuance and grace. He has made it his mission with the Black Cowboy series to fill in the knowledge gap and debunk the myth that they didn’t exist. Historians have concluded that at one point in time one in four cowboys were Black, yet the archetype propagated by the movie industry illustrated otherwise. Characters like John Wayne who rose to popularity during Hollywood’s Golden Age became the quintessential role model for young boys and girls around the globe for generations.

Back in Ghana, Quaicoe was one of those young people whose understanding about cowboys, and those who encompassed that role, were devoid of individuals who looked like him. It wasn’t until 2020 catalyzed by the Black Lives Matter Movement and the unfortunate murder of George Floyd that Quaicoe became aware of the contemporary Black Cowboy community in the United States. At the same time, encountering groups like the Compton Cowboys was not only enlightening, but it sparked a curiosity and need to tell contemporary cowboy stories of Black men and women. They are the protagonists of the Black Cowboy series.

Subsequently, Quaicoe was introduced to the world of the Black Rodeo, which is a competitive equestrian sport, popular across North America, via the photographs of fellow Portland-based artist Ivan Mcclellan. Mcclellan’s work, much like some of Quaicoe’s favourite old master painters like Rembrandt served as a rich repository and source material for Quaicoe to respond to through his own artistic practice. In this new series of paintings, the colourful pictorial planes, majestic horses ridden by men and women, and stoic portraits un-grid the contemporary Black Cowboy stories.

BLACK RODEO: Cowboys of the 21st Century juxtaposes memory, history, and artistic imagination in an effort to highlight a constellation of perspectives that unfurl questions of power, culture, heritage, and resilience. Through dynamic use of color, texture, and form, Quaicoe seeks to invite the viewer into a deep, but necessary, discourse debunking the myth that there were no Black Cowboys. This exhibition is a platform for Quaicoe to reshape the narrative and contradict the tropes in an effort to articulate a fresh perspective on American history through the prism of the contemporary Black Cowboy experience which has rarely been told.