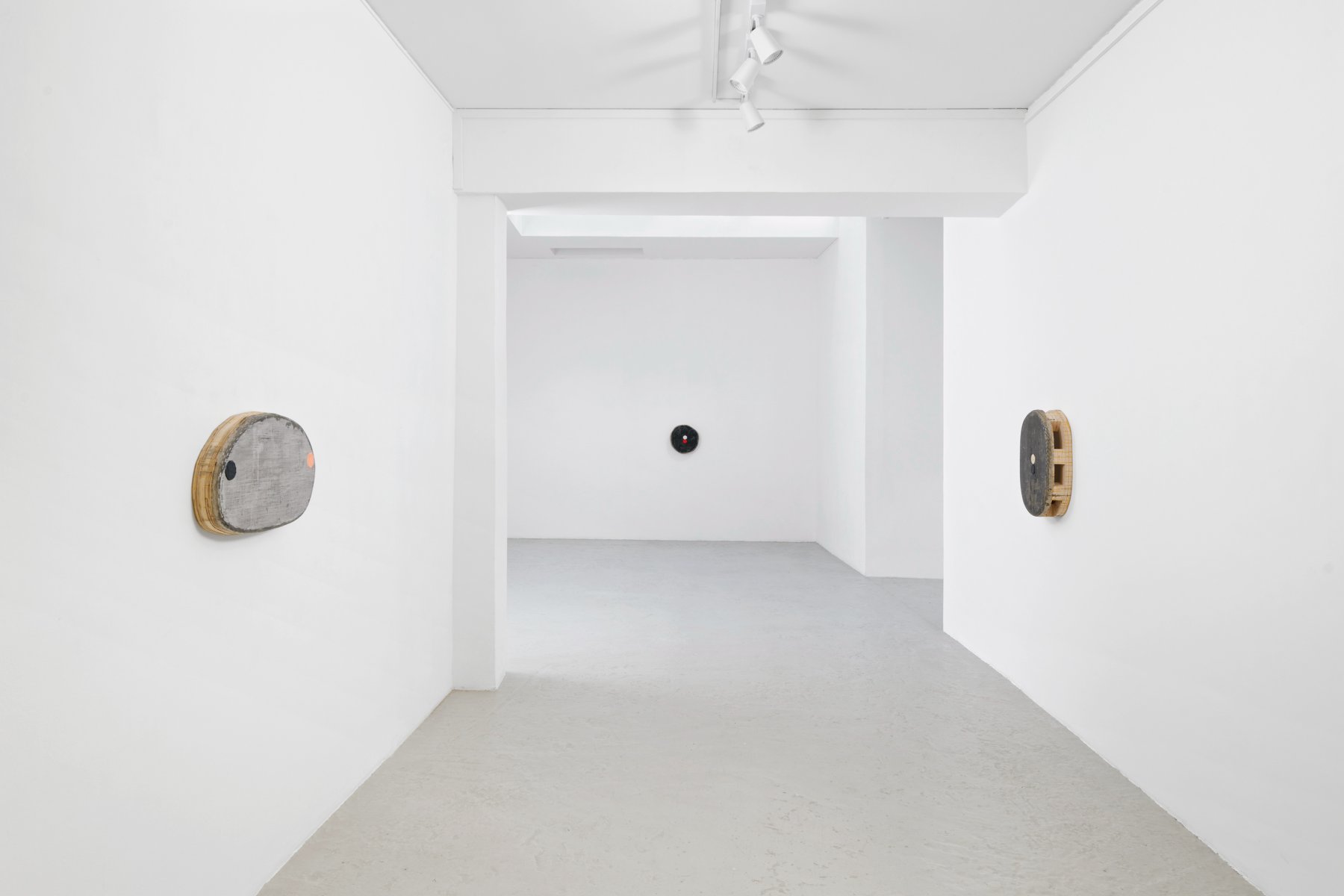 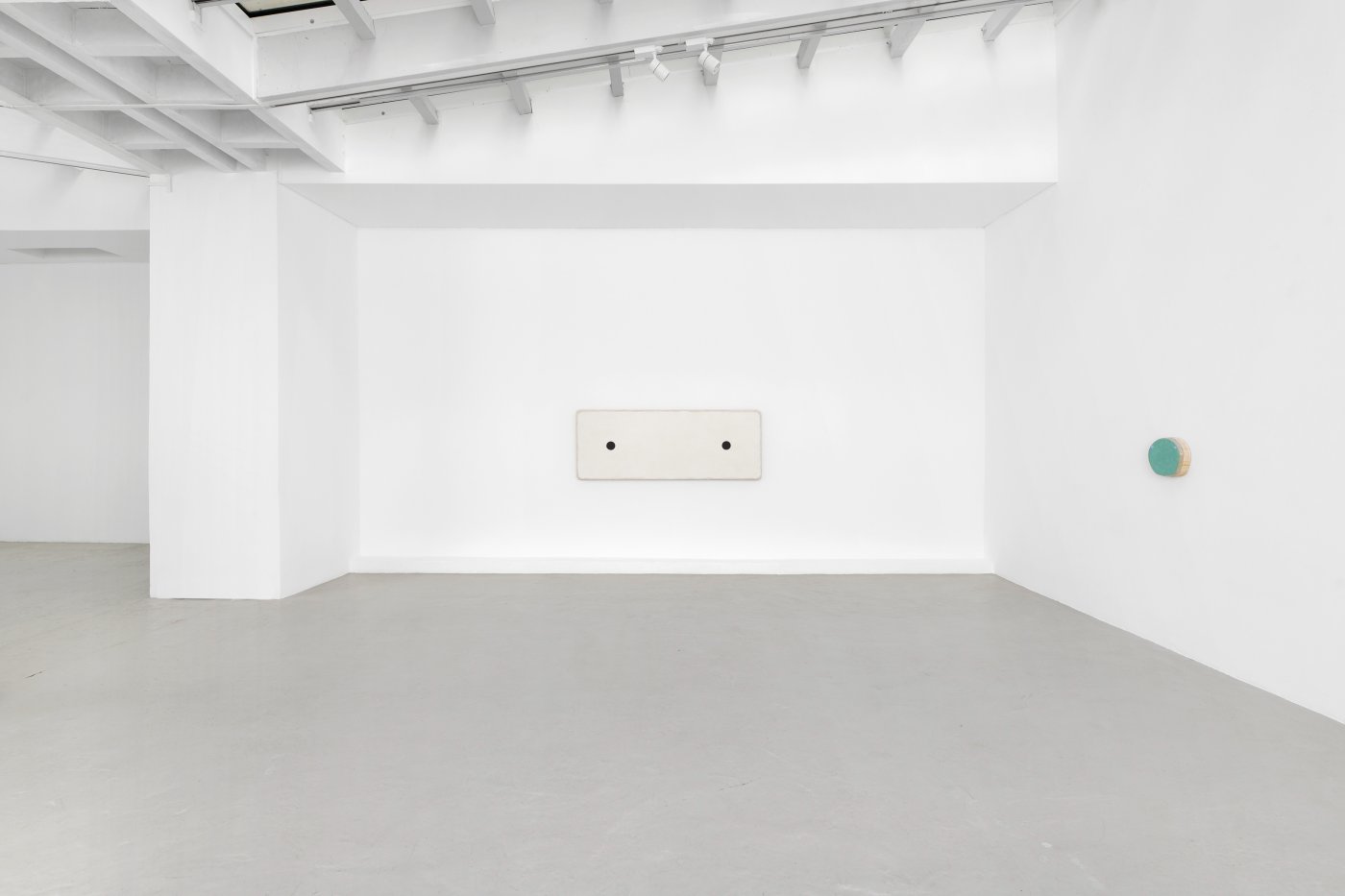 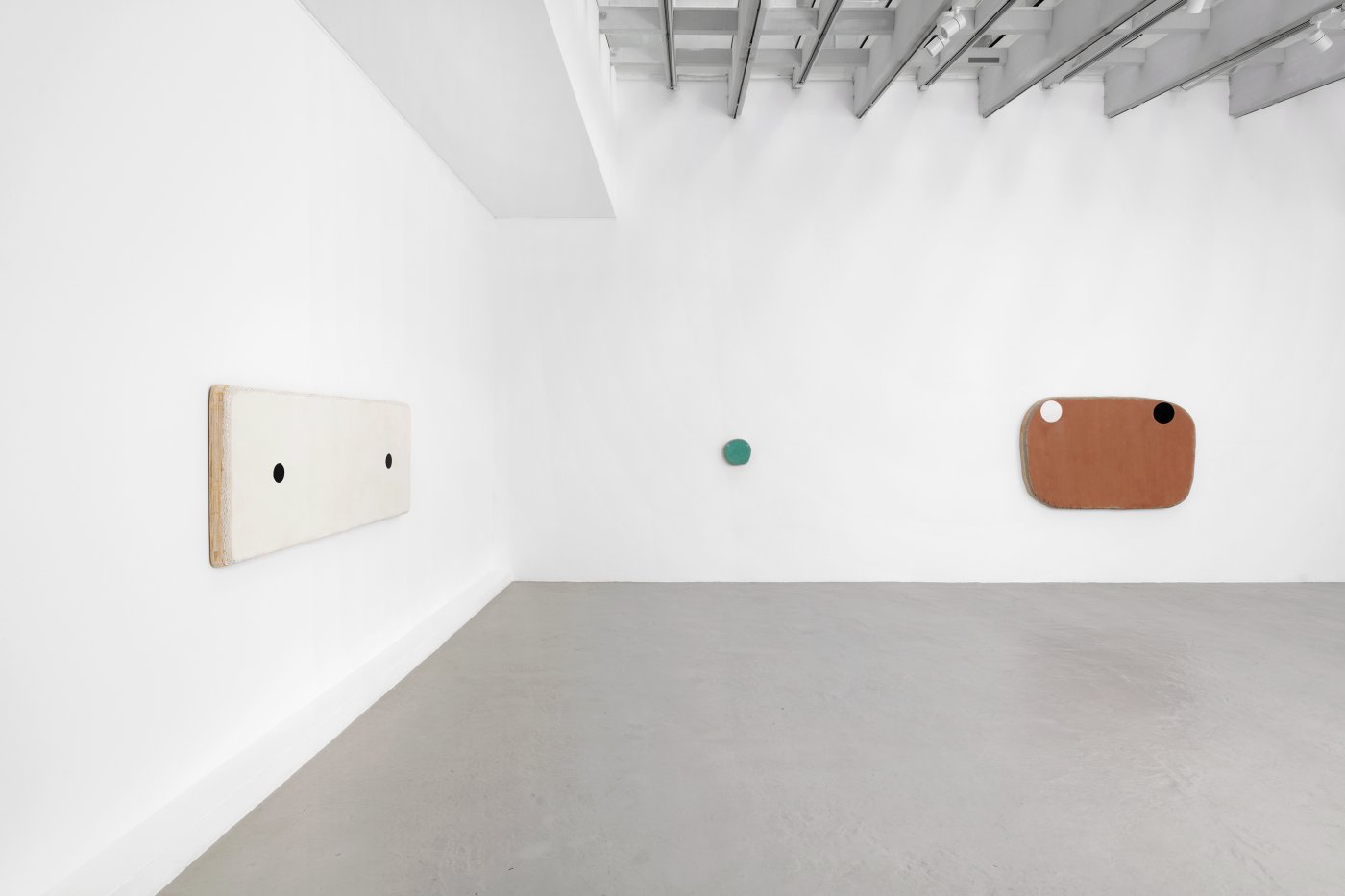 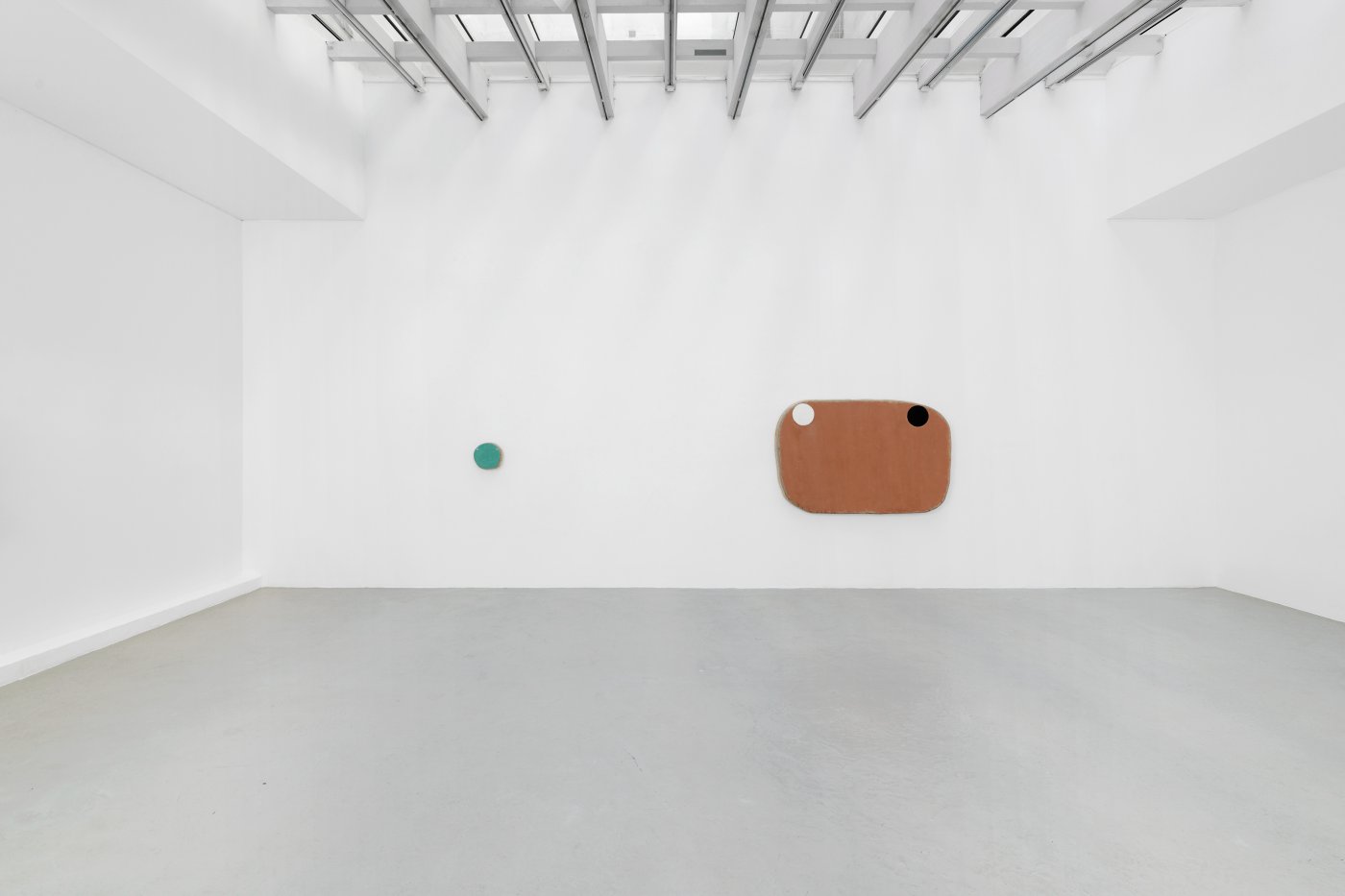 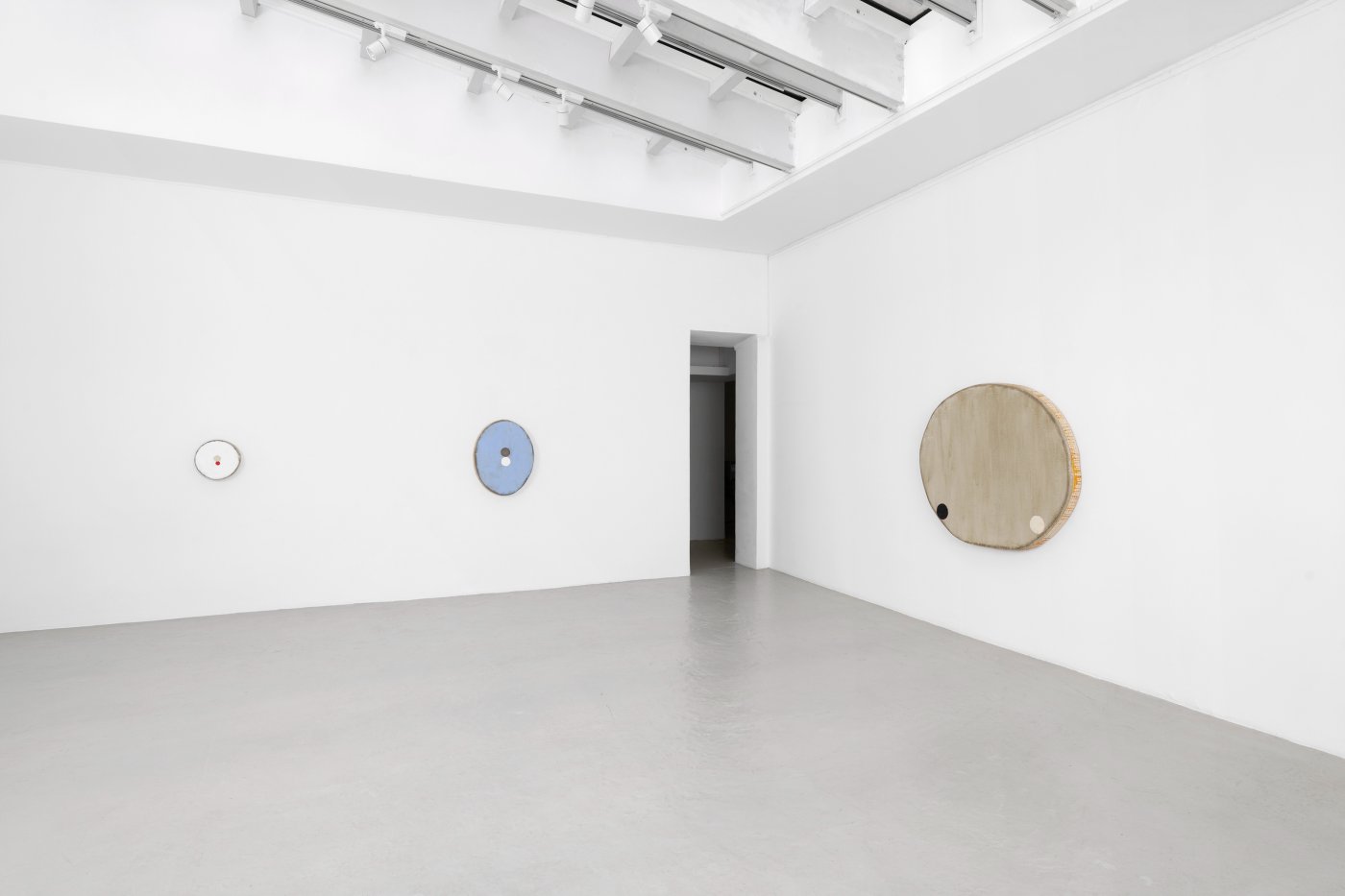 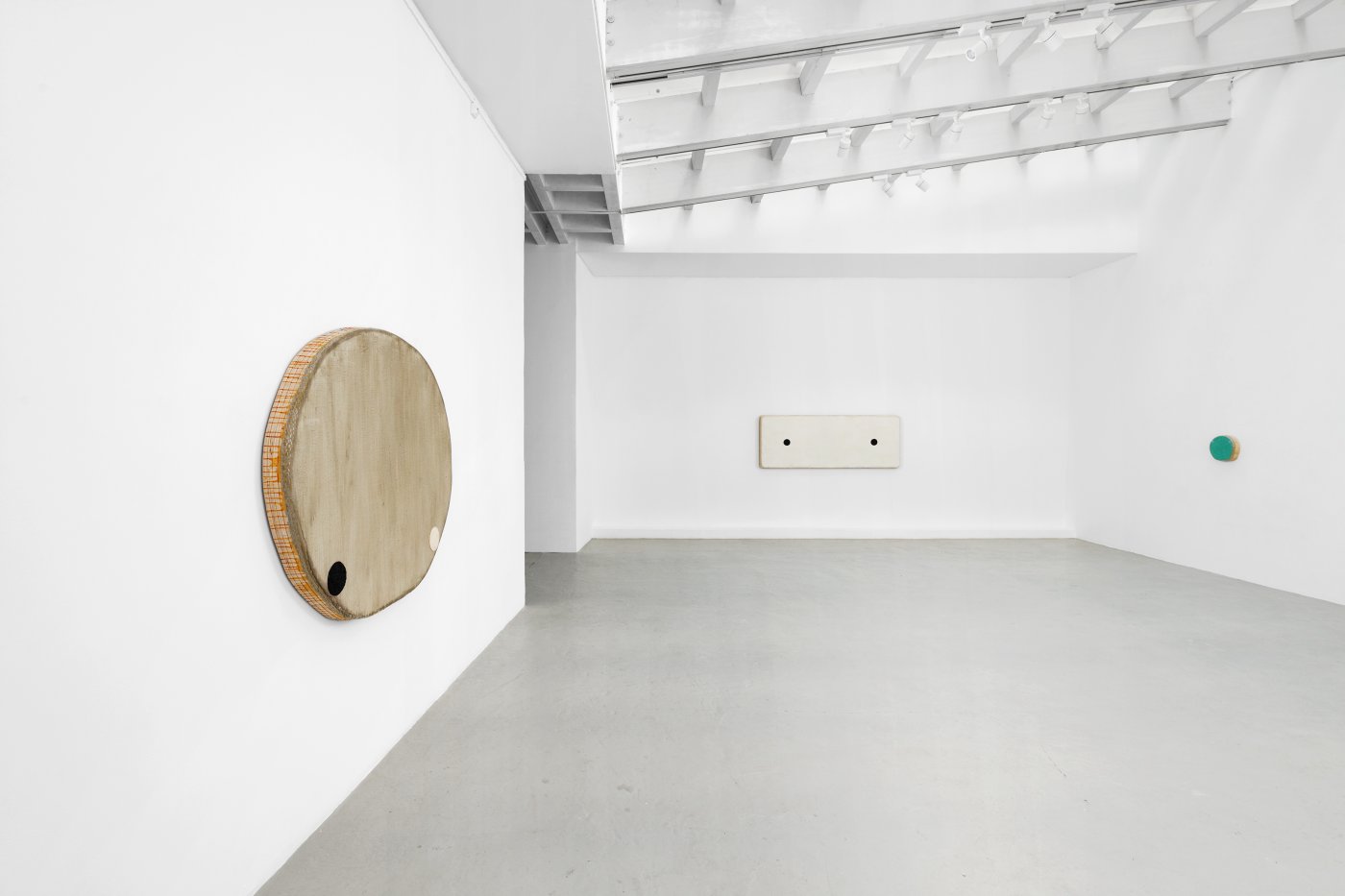 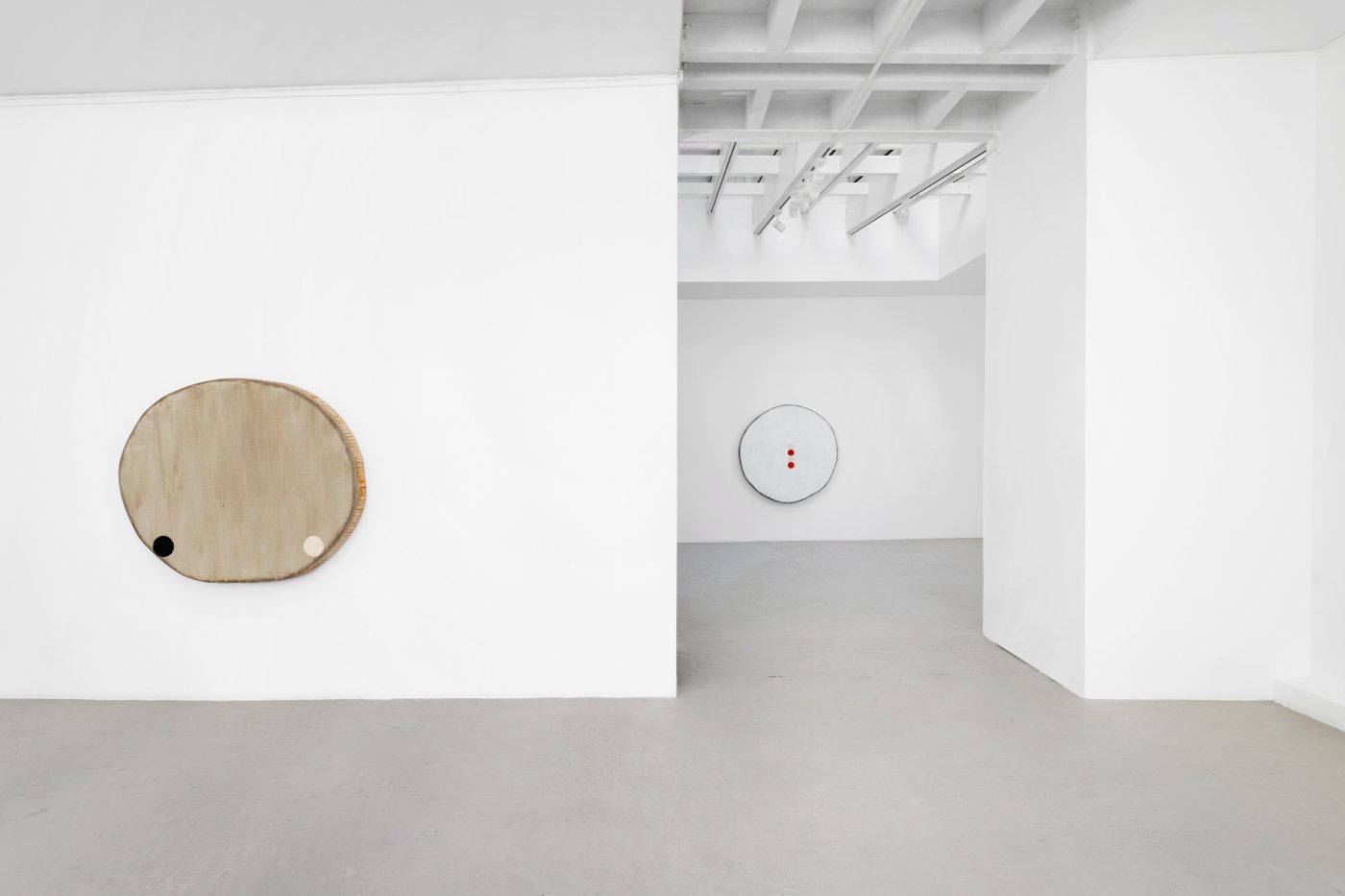 The painter Otis Jones was born in Galveston, which was built on an island in the Gulf of Mexico, to the south of Houston in Texas. Jones currently lives and works in Dallas, far from New York and the bustling activity of its galleries. That said, Robert Rauschenberg was also born in Texas, in Fort Worth. Like the Californian artist Peter Saul who himself spent two decades in Austin, Jones lives a contented life as an interior emigrant that affords him unaffected inspiration, without compromise, in relative solitude. Like Saul, Jones is clear proof that the spirit of the place, that one might perceive as typical cowboy country, does not necessarily have anything to do with what inspires painters, with their penchant for introspection.

Certain biographical details shed some light on Otis Jones’ austere and singular painting. His adolescence was spent moving nomadically from place to place with his parents, until he settled on his grandfather’s farm in Missouri. His new guardian was a sign-painter, decorator and carpenter and it was on this farm that Jones became interested in creating things from salvaged materials, particularly plywood scraps and which included toys and utilitarian objects such as milking stools. This aspect underlines the link between the “handmade” nature of functional, rural artifacts and his paintings. Otis Jones studied art in Kansas before like Peter Saul, he began teaching in Austin. His years of study introduced him to the work of Richard Diebenkorn (a member of the Bay Area Movement, known for its boundaries, surfaces and edges), Leon Golub (of the Chicago School, with his brutal characters and colors ground directly into the canvas) and Franz Klein, whose paintings pushed him towards the radicalism of Abstract Expressionism. Before settling on his own forms, Jones recalled his grandfather, H.E. “Slim” Foster’s creations, which consisted of small painted owls, cut out of plywood- folk art pushed to the extremes of simplicity.

The Texan painter has combined all of this to his own advantage and pushed his compositions to their most ambiguous limits. As he states: “I’m interested in objects, patina, wear and age. Each piece takes on its own geology. I don’t hide anything. It’s a very real object.” His paintings are made of stacked plywood cut- outs, glued together. They look like pancake stacks or to push the baking metaphor even further, like primitive napoleon pastries, with a topping of glue spilling over the edges. His works are lenticular, round, ovoid and sometimes vaguely rectangular with rounded edges, laid out horizontally like wooden boards. Like Frank Stella’s Shaped Canvases, the paintings manifest both volume and a thickness of up to four inches, meaning that they stand out from the wall when hung in a gallery. The final layer of the stack / sandwich is the canvas, roughly cut out to the size of the stretcher and mechanically fixed using numerous staples that are left apparent, with no attempt to conceal them, in the same way as the screw heads embedded in certain other works. Glue, frayed plywood edges, staples and canvas, all contribute to the presence and integrity of the works. Layers of superposed paint and skim coats of primer are applied to the canvases, with a vocabulary of dots, lines and circles. The supposed crudeness of the acrylic colors, applied in superimposed coats, then thinned out and sanded away to reveal underlying layers, produces a very subtle effect that the economy of means does not always suggest at first sight. Jones plays with transparency and erasure with a deliberate clumsiness that has nothing to do with gesture and overt mark-making. The artist’s hand, both independent and intelligent, knows its room for maneuver. The surface work goes down to the weave of the canvas which is brought remarkably to life. Certain works bear witness to an authenticity of color that is far from monochrome in nature. The colors used are both varied and delicate such as the large dots painted in robin’s egg blue.

The titles of the works take us back to the rich yet modest essence of Jones’ painting: White Circle Black Circle on Rectangular Shapes (2022), Gray Wash with Ivory and Black Circle (2022)… Such precise and simple descriptions are a distillation of pure poetry. The poet Carlos Williams Carlos echoes this perfection in his haiku-like poem the Red Wheelbarrow (1923): “So much depends upon / A red wheel barrow / glazed with rain water / Beside the white chicken.” Suggestion and effectiveness rolled into one. Jones’ paintings are profound and meditative in nature, like the Tantric compositions of painters such as Acharya Vyakul, with whom he has sometimes been compared.

We can thus understand that his references are in no way restricted. Equating the painter with the art of his American predecessors is a mistake, for he has freed himself from their influence: The Abstract Expressionists and their epigones, Diebenkorn, Stella, Ellsworth Kelly, etc. He has distanced himself from current Formalism, from the monochrome, from Dripping, from Color-field Painting, from Pattern Art and even from Junk Art, which has so often been rehashed, without distinguishing the nuances in the work of all the artists who lay claim to it. What he has retained from his more famous contemporaries, is a sense of rigor, discipline and process. It is however worth underlining Otis Jones’ interest in the work of the highly original Ron Gorchov, with his oblong frames, effective colors and curved canvasses. Jones’ cultural awareness is panoramic but goes way beyond both material and intellectual appropriation.

Furthermore, Jones can be placed alongside figures from twentieth century French art, such as Pierre Soulages and Francis Picabia. The former never claimed to be an abstract artist, simply merging into the world of his own reality: his radicalism is non-figurative. He pierces the blackness of his forms to make light appear. His painting makes use of superimpositions, adding and removing pictorial material with tools he made with his own hands. The second of these artists, the meticulously original provocateur, Francis Picabia, re-emerged after the Second World War with a kind of abstract painting populated by large Points (dots). These works aroused indignation and even indifference. Only an old painter could produce such things… Picabia didn’t care about bygone movements or the principles of this or that school… Although his scattered Points appeared on surfaces worked in a single color and full of substance, in reality he was seeking out parody and playing practical jokes. Undoubtedly, grudgingly on his behalf, these final canvases gave power back to painting, returning its inherent lightness. Like with Otis Jones, Picabia’s Points attract the eye while tracing out invisible trajectories.

Otis Jones has followed a unique path, with his innovative values, never afraid to negotiate with impurities (the eroded surfaces of his colors), the common-place and the hand-crafted (his primitive carpentry). He remains a painter rather than a sculptor with the perceptive and conceptual mode of a shrinking space. Shapes without apparent finiteness follow one after the other. The random aspect, the impression of being unfinished given by the laminated plywood panels and the visual discomfort of the industrious superimposition of thin layers of color, lead to a kind of elemental cosmogony. Some might see it as the merging of time and space, a self-sufficient object, whose narrative is buried somewhere under the layers.

Benoît Decron is the Chief Heritage Curator and Director of the Soulages Museum in Rodez (FR).