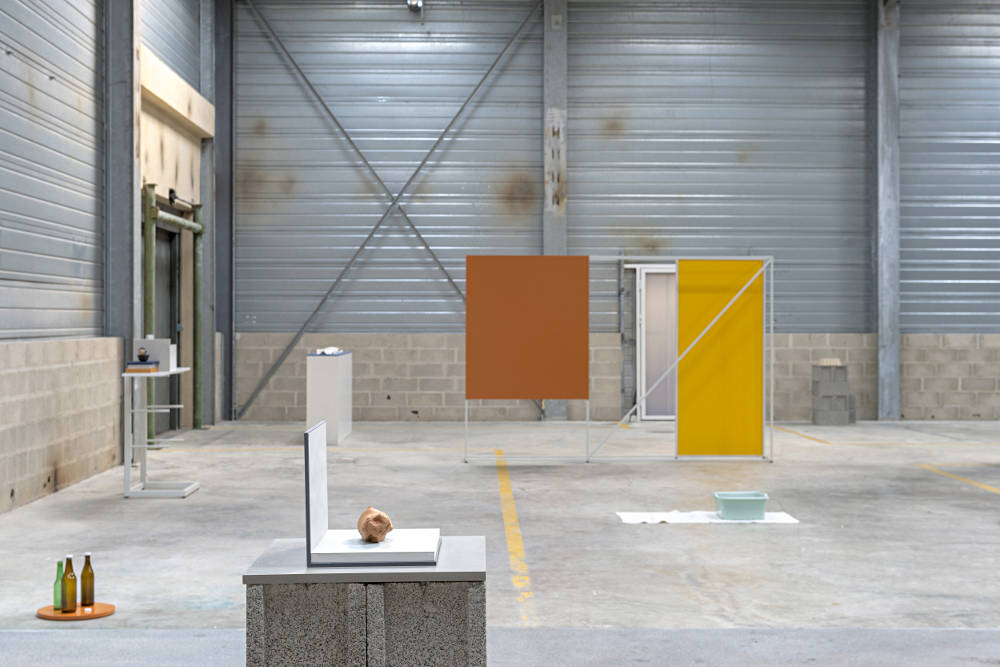 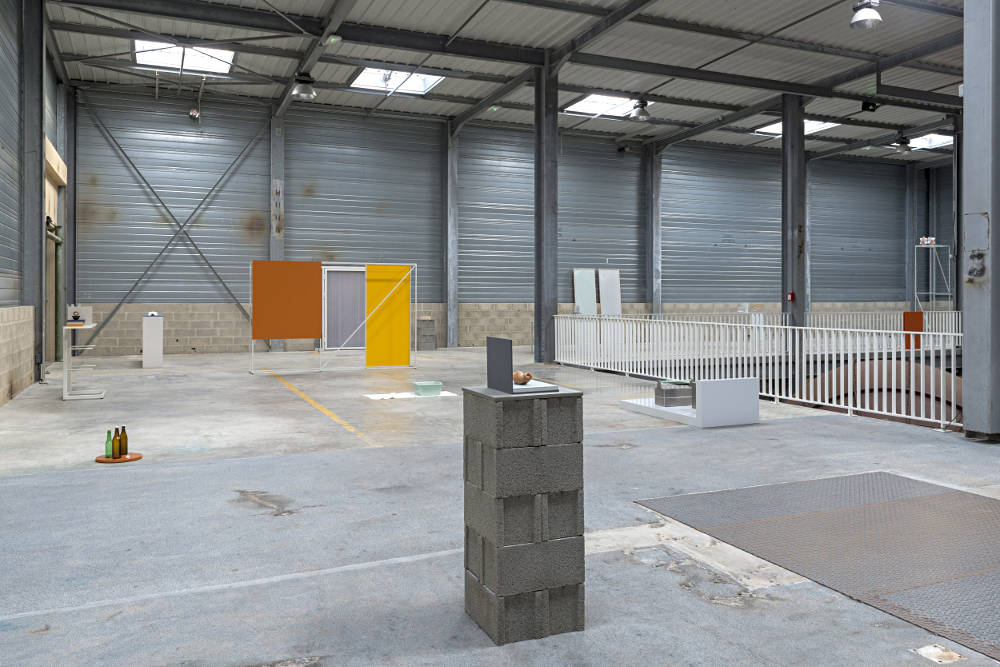 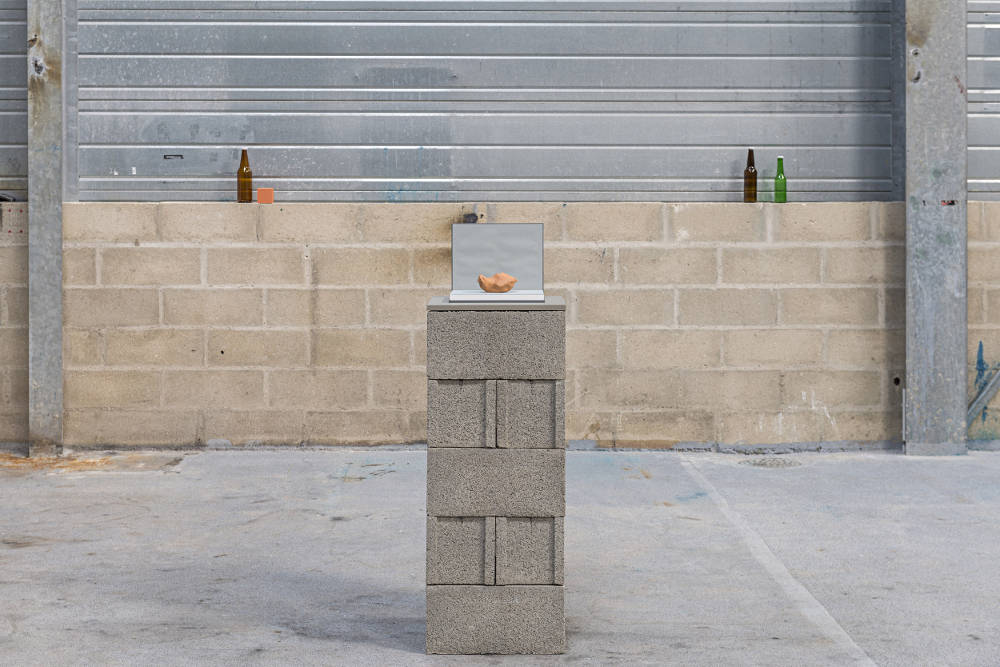 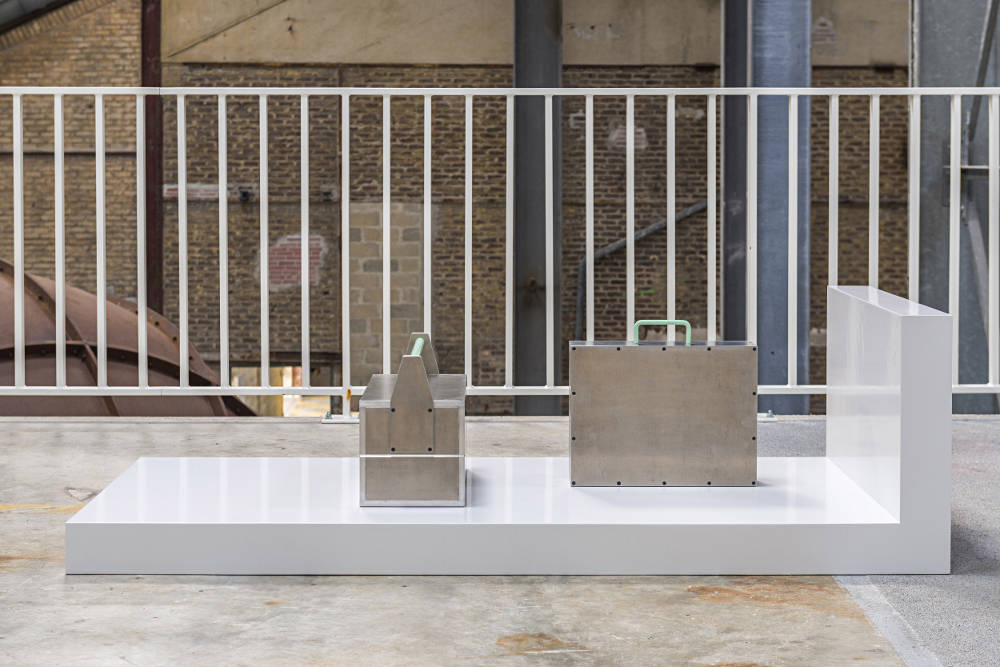 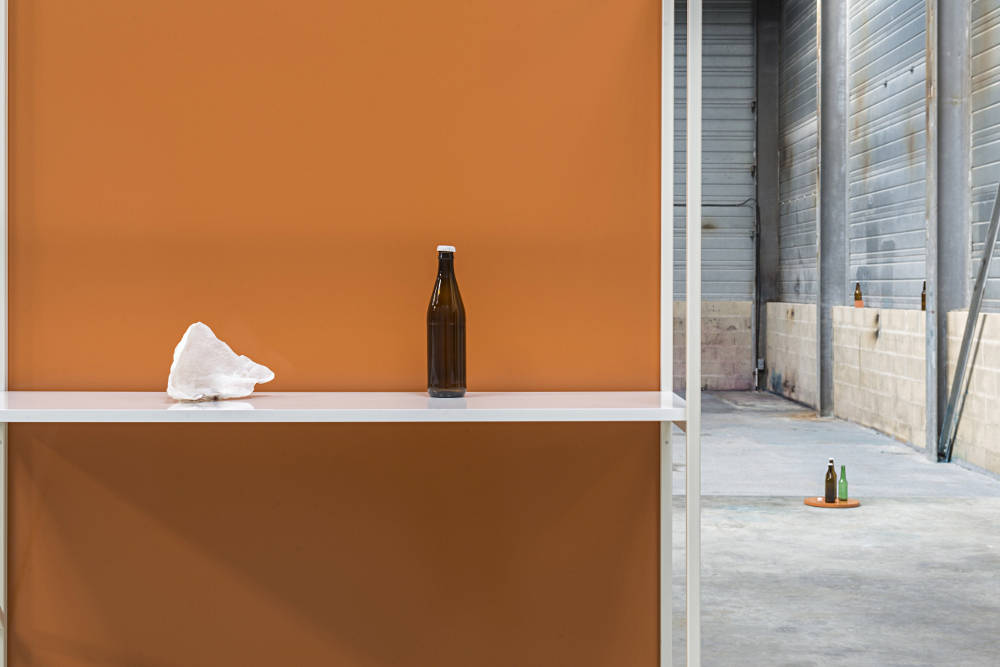 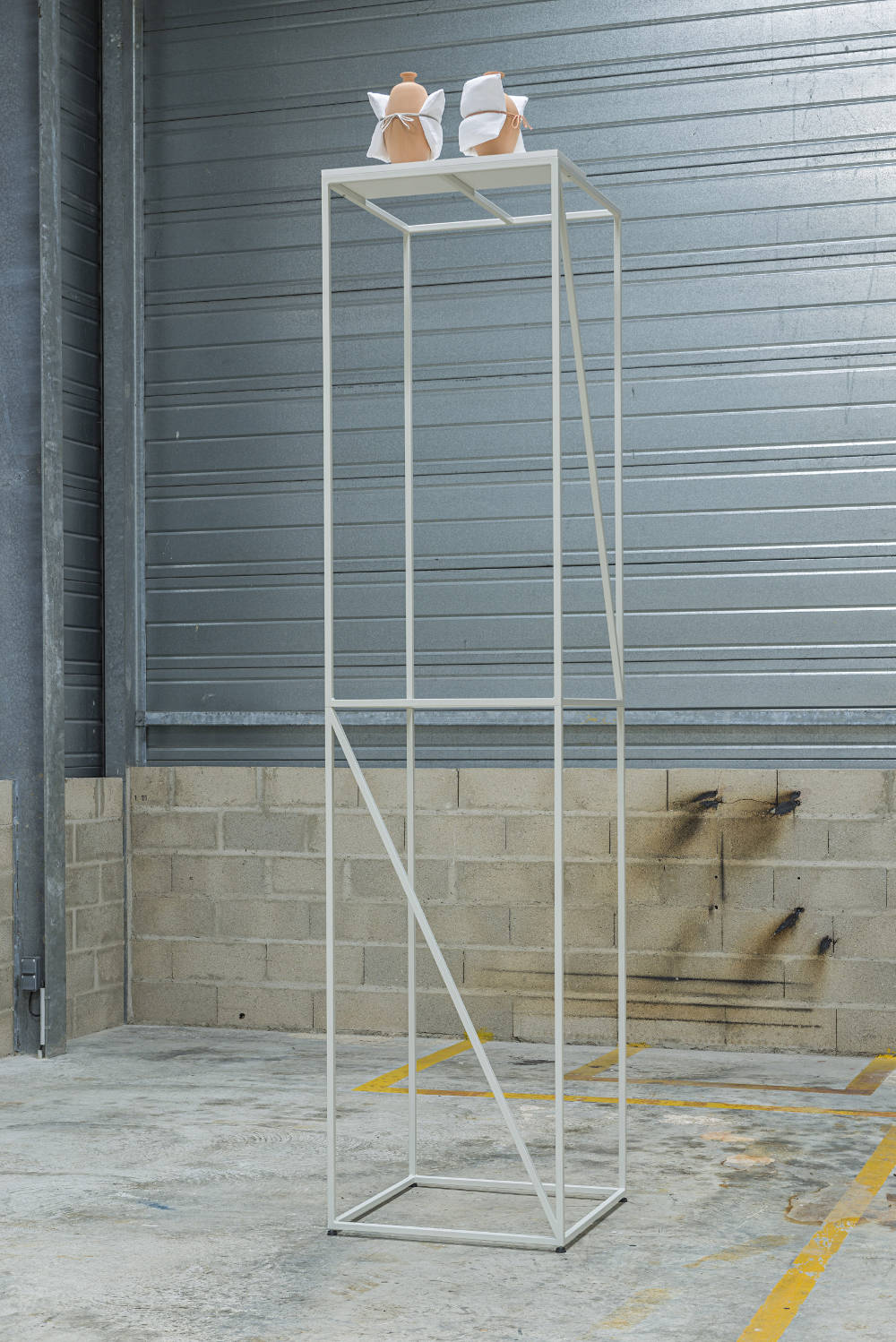 In their practice, Ornaghi & Prestinari engage with the potential of materials and the potentialities that these offer. They fuse together pictorial and sculptural figuration, reflections on conceptual art with personal life experiences. With their particular interest in the inherent duality of every action, the two artists have maintained throughout their work a dominant aesthetic component characterised by elegant, sophisticated tones, their installations evoking fascinating and intense figurative compositions.

The title of the exhibition – Early Autumn – draws its inspiration from the Japanese cinema of Yasujirō Ozu and its development has been conceived as a succession of visual haikus. The works fragment the space, sometimes playing in a marginal way with the architecture of the place, sometimes citing it outright. These apparently inoffensive forms nonetheless punctuate the space in a perturbing way, like pebbles thrown into a pond. The sculptures initiate a dialogue with the soul of the old Sainte-Marie paper factory by testing its proportions, its colours and materials.

They disturb the order of a site in a constant state of transformation, into which nature is gradually encroaching, attempting to reclaim its rights. The traces of the production process that for decades took place here are still visible and yet one can only image the activities that animated these spaces, the voices and sounds, the huge tanks for water, dye, and cellulose. Today, instead, gallery visitors walk around the space and observe. Outside, the river runs slowly and the weeds spread into the pathways. The domestic objects play the role of abstract modules. Their silence frees them from their figurative dimension, creating a sort of polysemy that remains tied to the domain of allusion.

This is the environment in which the visitor, reaching the mezzanine, discovers Chapeau (Kanpai), a series of empty beer bottles, apparently abandoned on along a low wall, accompanied by bottle caps in alabaster, possible sculpted reminiscences of a moment of relaxation in a break room.

They echo Iso11228, a tool box and a briefcase in aluminum. The ISO 11228 technical norms, applicable to activities of lifting and the manual transport of objects, define the weight limits that workers can carry: 25 kg for men, 15kg for women and young and old workers. The two sculptures have been made so that they respectively weigh exactly these standard weights. They ‘embody’ the weights and at the same time an image of the pain associated with such efforts an image then of human exploitation.

The sculpture Guscio proposes another exploration of essence: that of alabaster. A piece of the material has been carved away until all that is left is a thin skin of stone, transforming solidity into fragility. By producing this negative image of the object, Ornaghi & Prestinari interrogate notions of fullness and void, presence and absence.

They pursue their investigations with Pieno, made of an alabaster spoon resting on a book describing the techniques of Ikebana, the Japanese art of flower arranging according to geometric logic and Zen. The sculpture offers a reflection on concavity and convexity, which change depending on the relationship between shadow and light and on one’s point of view.

The idea of fragility inherent to ceramics fascinates the two artists and illustrates the Zen concept according to which the whole is in the void and the void in the whole. Some of the works resonate with particular insistence with the architecture of the place. The components of Pomeridiano, evoking the paintings of De Chirico, create relationships between each other through the pictorial dimension of sculpture. Water – another fundamental element at the Moulin Sainte-Marie – is also evoked in Ornaghi & Prestinari’s works. With Luna, it takes the form of a nacreous reflection at the bottom of a bucket, creating chance constellations as it reflects the light. The watercolours made with the water from the Grand Morin river schematise the flow and the movement of the surface of the water.

With Leggera, the artists directly refer to the history of the site, which was not only a paper factory but also a furniture factory. The Gio Ponti chair is a prototype from 1951 come into existence in a highly rational way in order to improve an Italian cultural object: the Chiavari chair, a symbol of the Ligurian artist. His project was based on the concepts of lightness, simplicity, and stability, but above all on low production and sale costs, with an aim in mass distribution. The intelligence of the pro-posed solution made the chair into a design classic and over the years it has become a highly sought-after, elitist object.

The exhibition Early Autumn is at once structured and poetic, contextualised and intimate, sculptural and pictorial, delicate and powerful. By bringing together Zen aesthetics, the history of the site, and their own artistic reflections, Ornaghi & Prestinari confirm Carlos Marti Aris’ assertion, that ‘the inventory of the everyday is transformed into a spiritual invocation(1).’

Valentina Ornaghi and Claudio Prestinari were born respectively in 1986 and 1984 in Milan, where they live and work. They both graduated from the Polytechnic University of Milan, Ornaghi in Industrial Design and Prestinari in Architecture, and continued their studies at IUAV University in Venice.
In 2016 they held their first solo exhibition in New York, organised by Vittorio Calabrese at New York University— Casa Italiana Zerilli-Marimò. Their solo exhibitions have included those at the Galleria Continua in San Gimignano in 2014 and in 2018, and at MAMbo—Casa Morandi, in Bologna in 2017.

In 2012, they received the prize for the Venetian region from the Bevilacqua la Masa Foundation (Venice) and in 2018 the Club GAMeC prize.
In 2017, they unveiled the public sculpture Filemone et Bauci for the new CityLife ArtLine park in Mi-lan. They have taken part in workshops and residencies including at the Spinola Banna Foundation for Art, Turin 2011; at VIR- Viafarini in residence, Milan 2013, and at Artista x Artista, the first interna-tional residency in Havana 2016. In 2017 they were awarded a residency at the Museo Carlo Zauli de Faenza, Italy and presented a final exhibition at MIC, Museo Internazionale delle Ceramiche in Faenza.
Among their many group exhibitions, the most recent were at MAAT, Lisbon 2018; at the Voorlinden Museum, Wassenaar 2016; at Águila de Oro, Havana 2016; at Le Centquatre, Paris 2015; and at the Palazzo Reale, Milan 2015.