Yancey Richardson is pleased to present Altered States, an exhibition of photographs by London-based Israeli artist Ori Gersht from his new series Becoming. In the project gallery, a selection of seven works from the artist’s 2014 series On Reflection will be on view. Both series use simulations of historical paintings and high-powered digital photography to expand upon Gersht’s ongoing interest in the metaphysics of time. 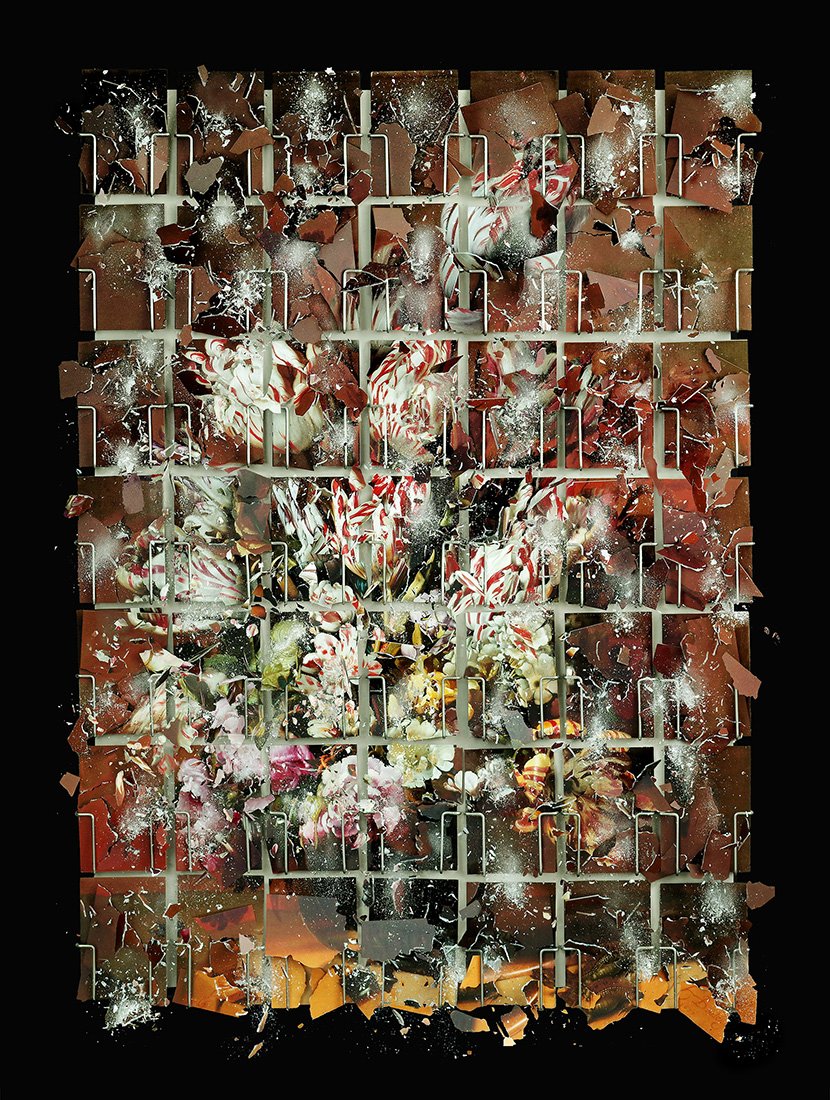 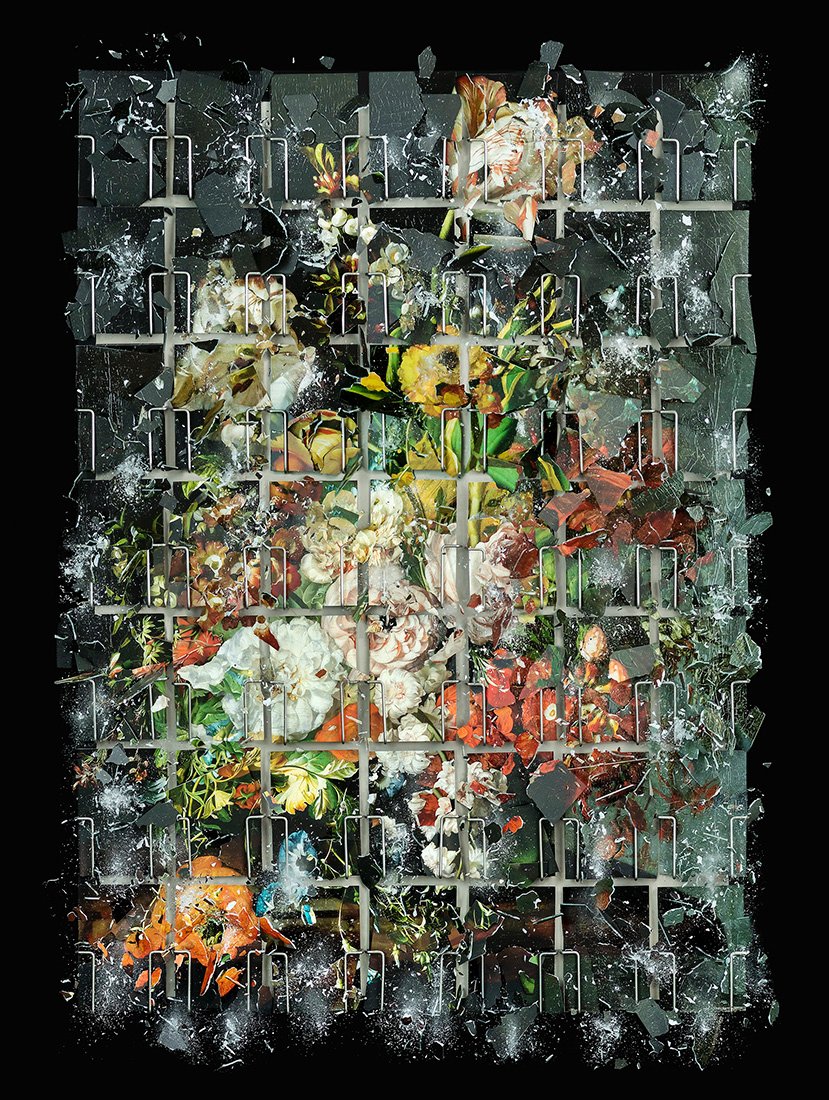 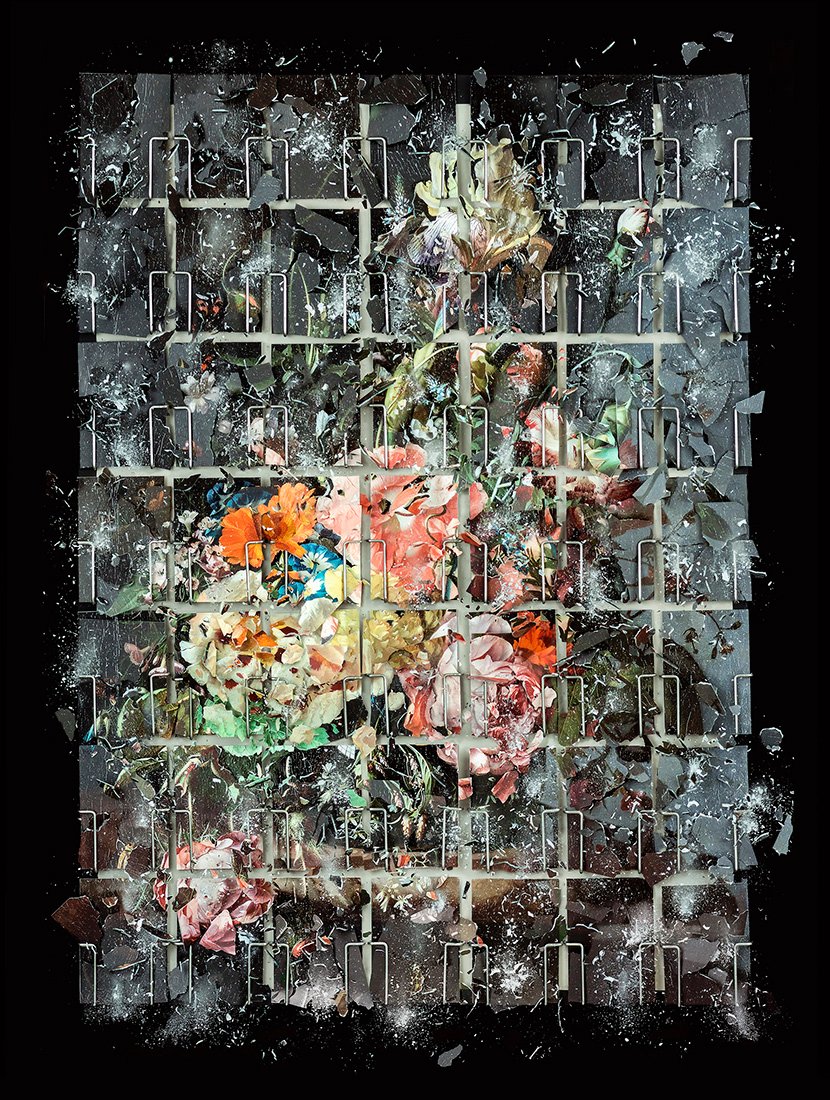 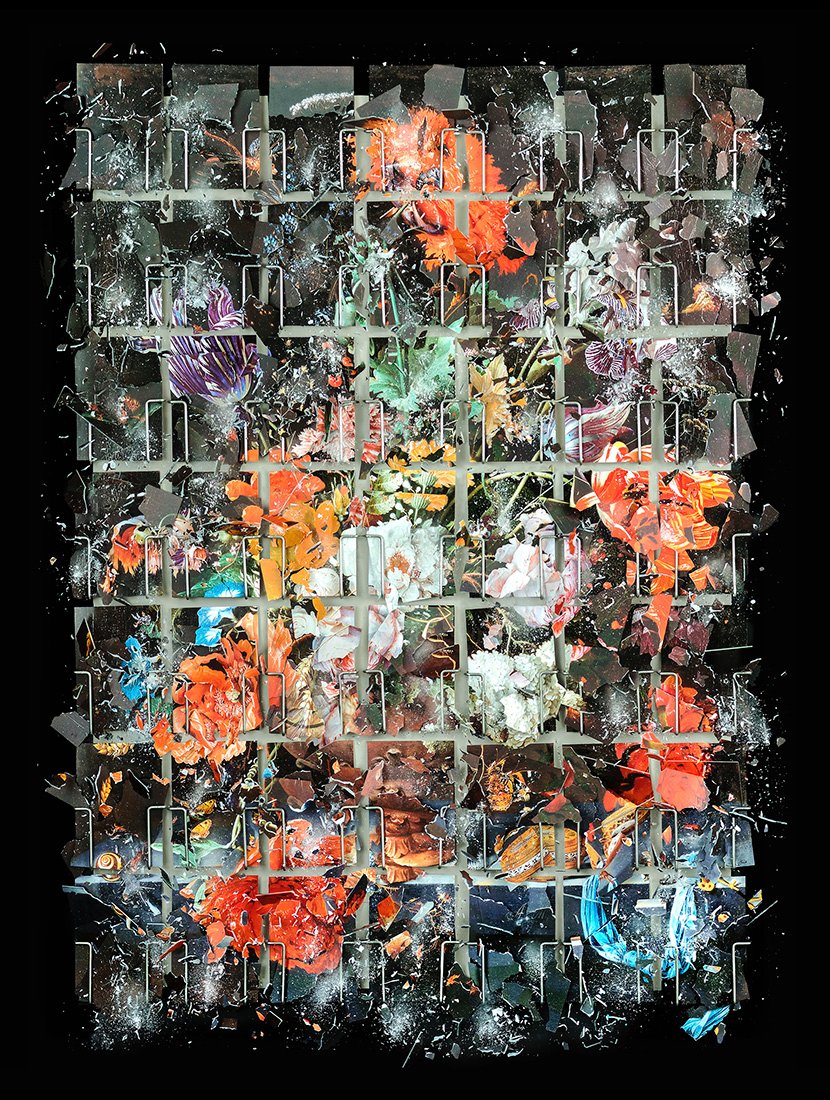 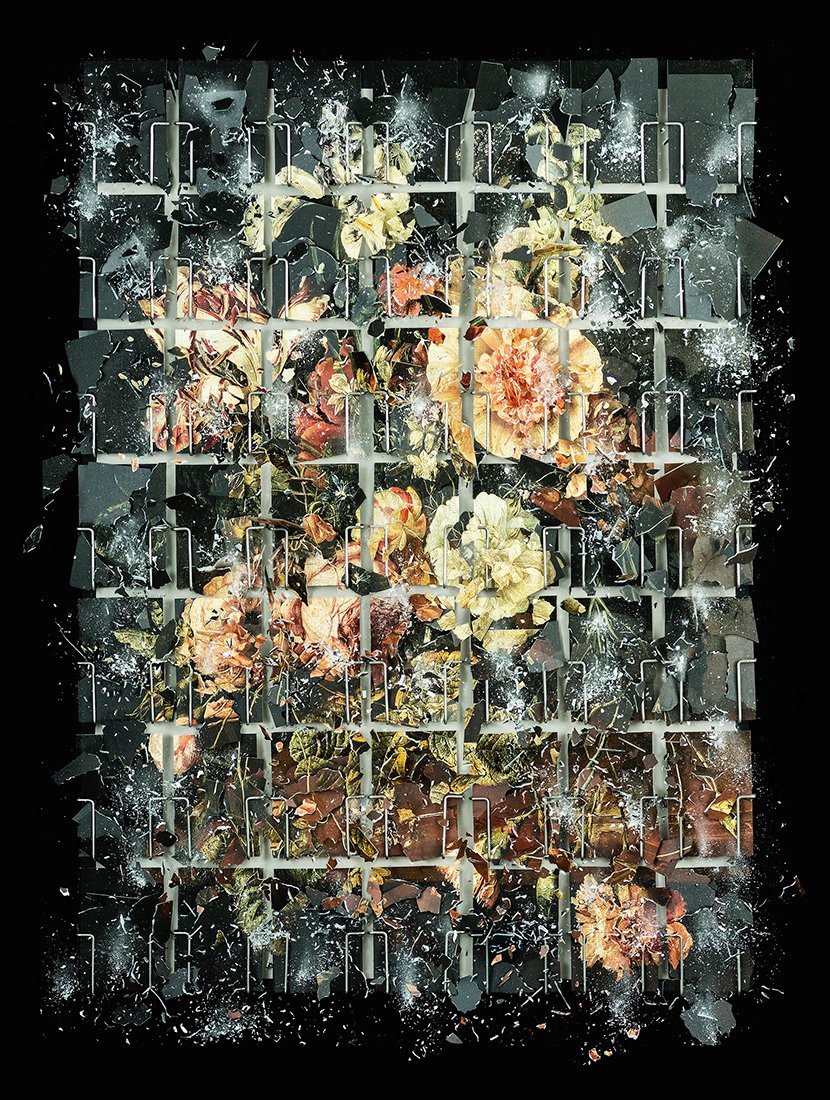 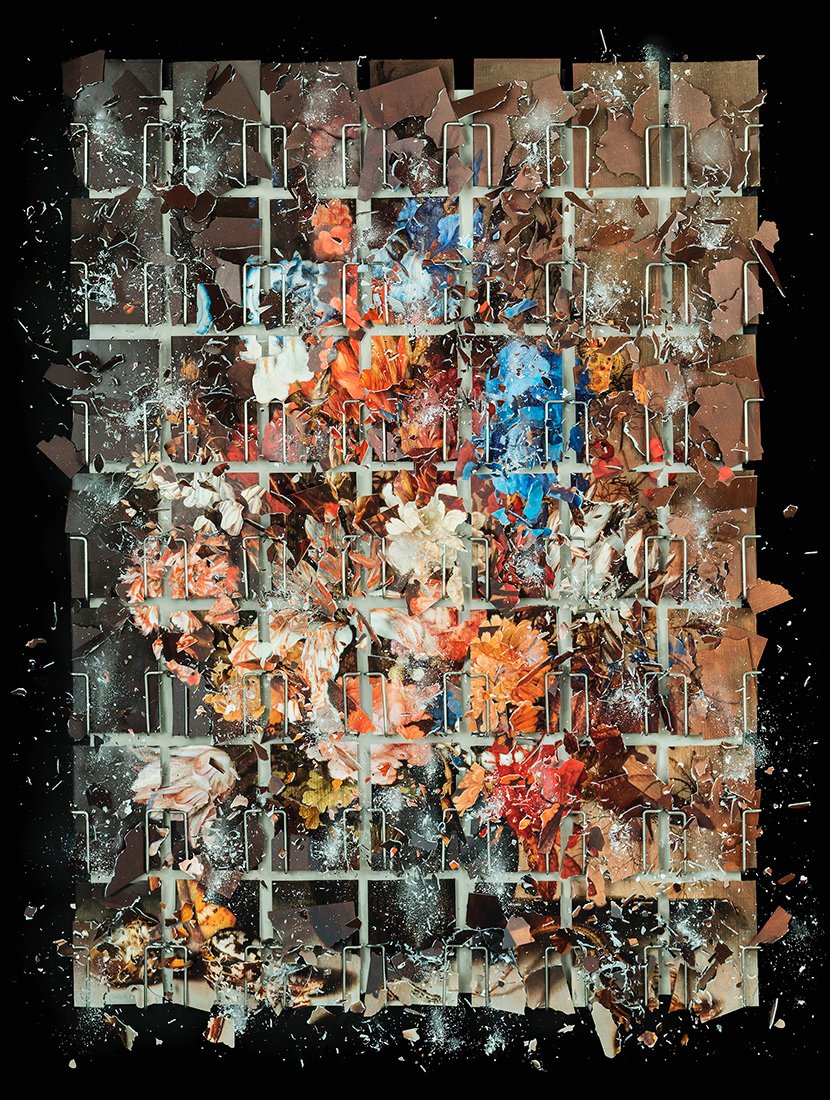 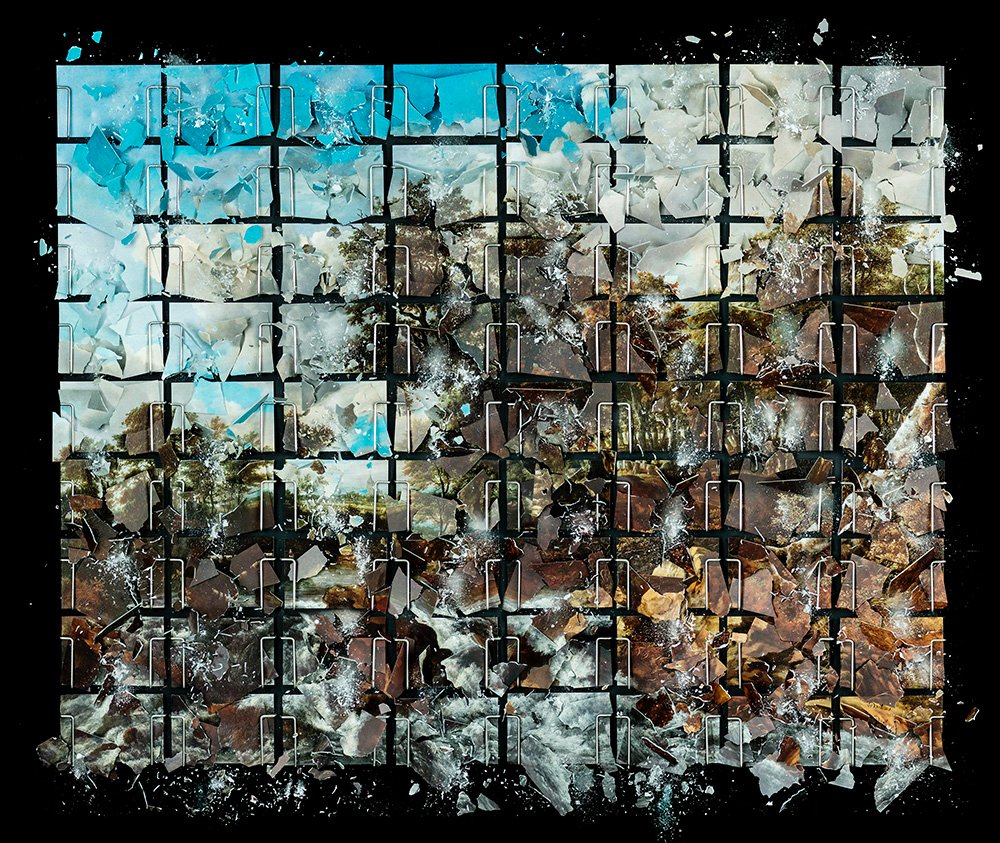 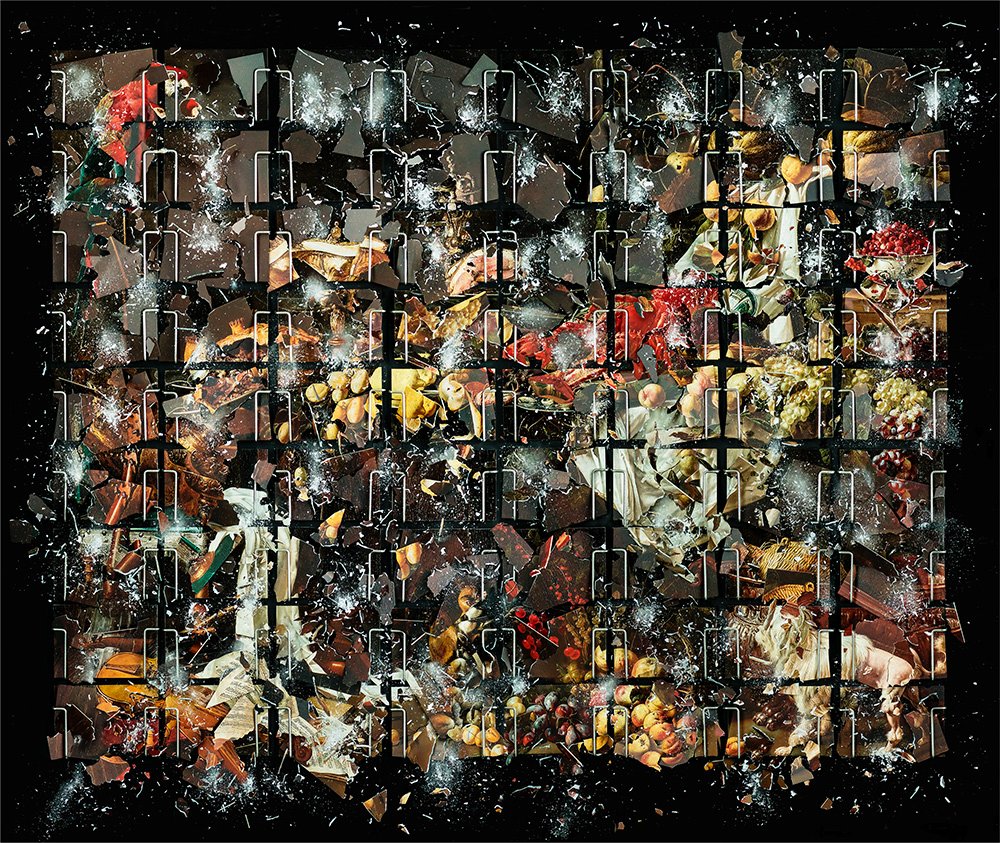 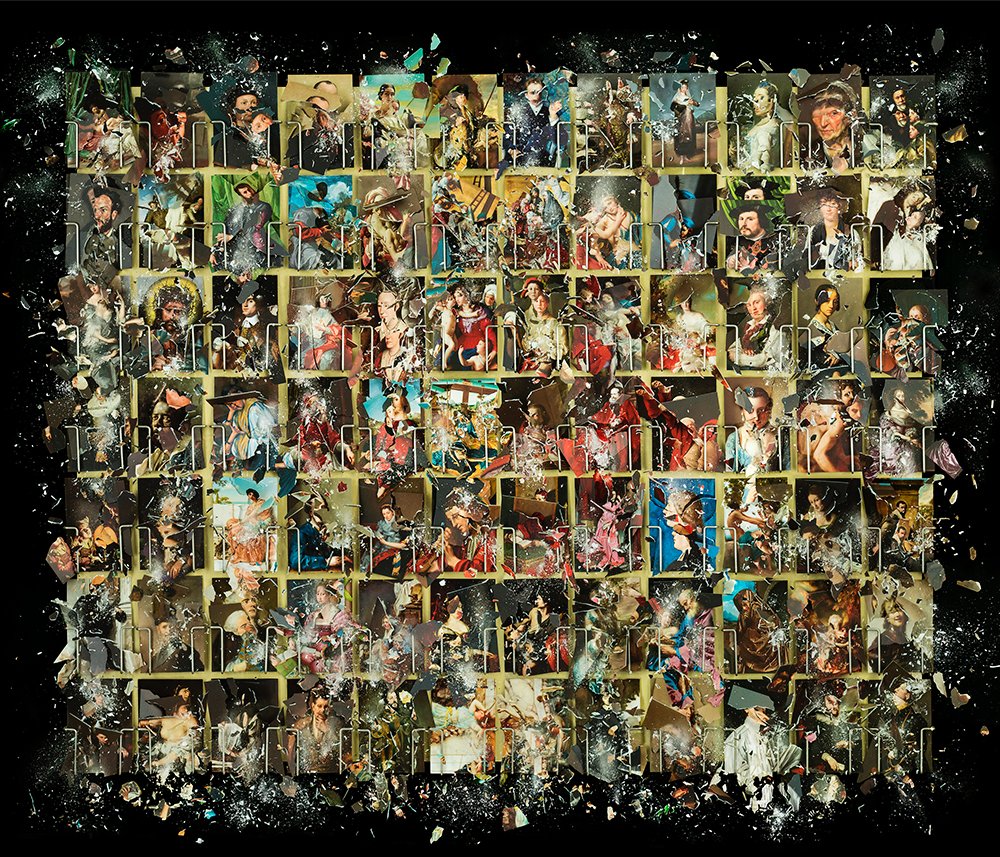 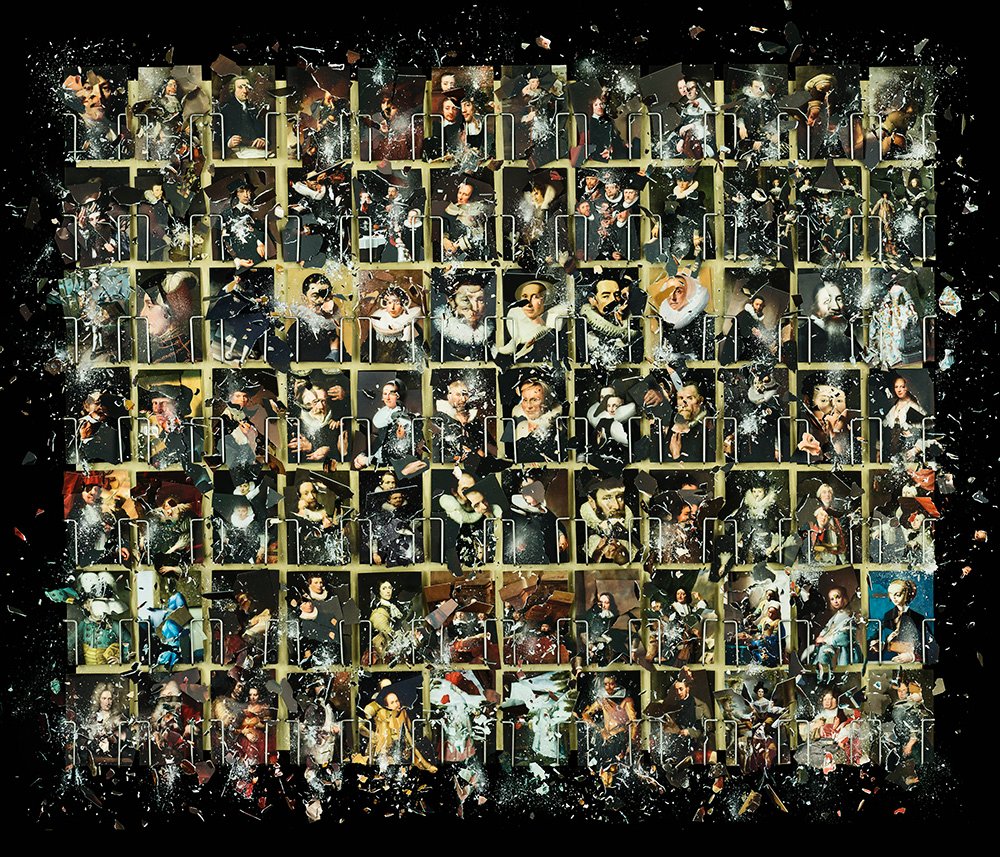 Ori Gersht
Revelations in the Folds of Time 02 (Rijksmuseum), 2021 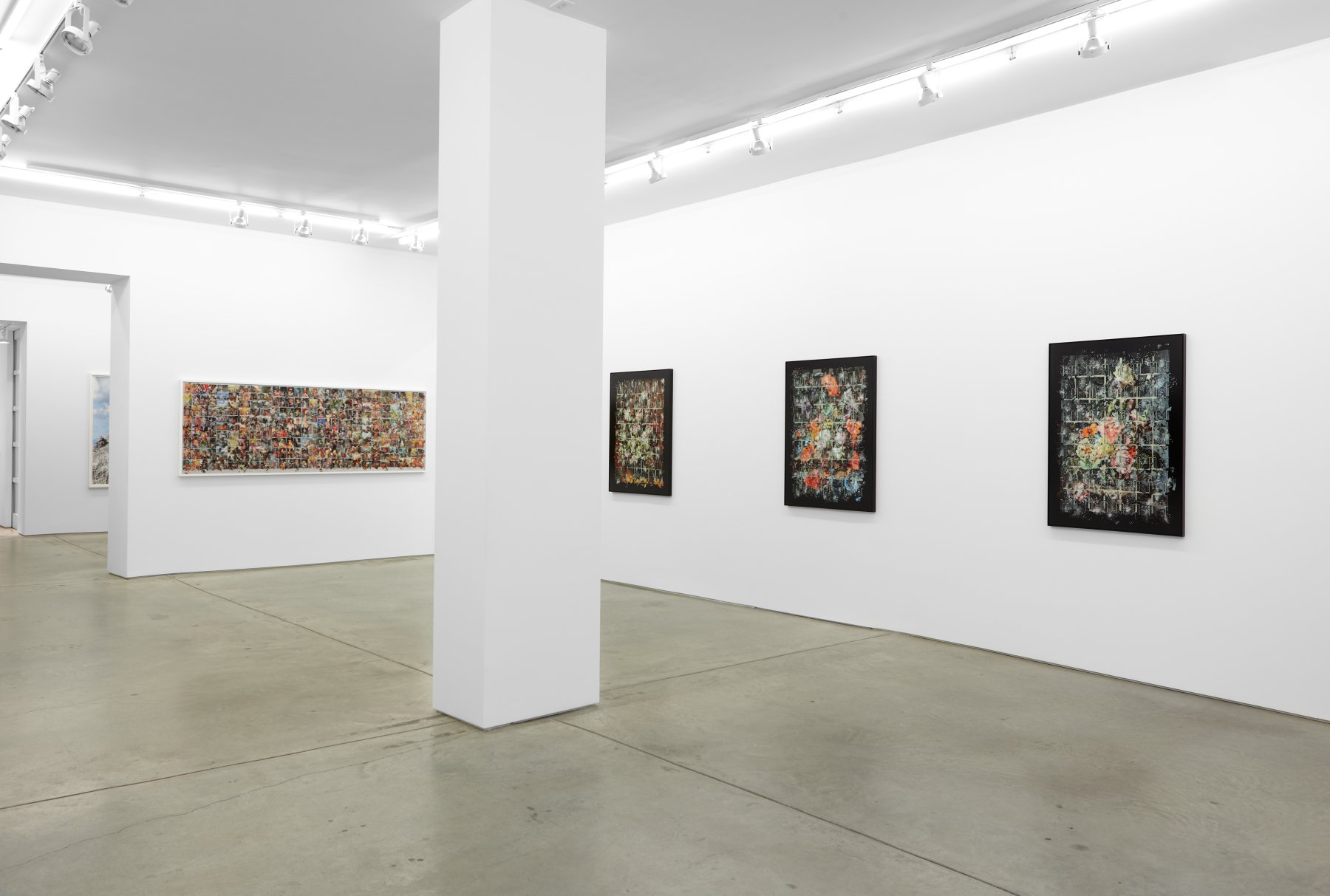 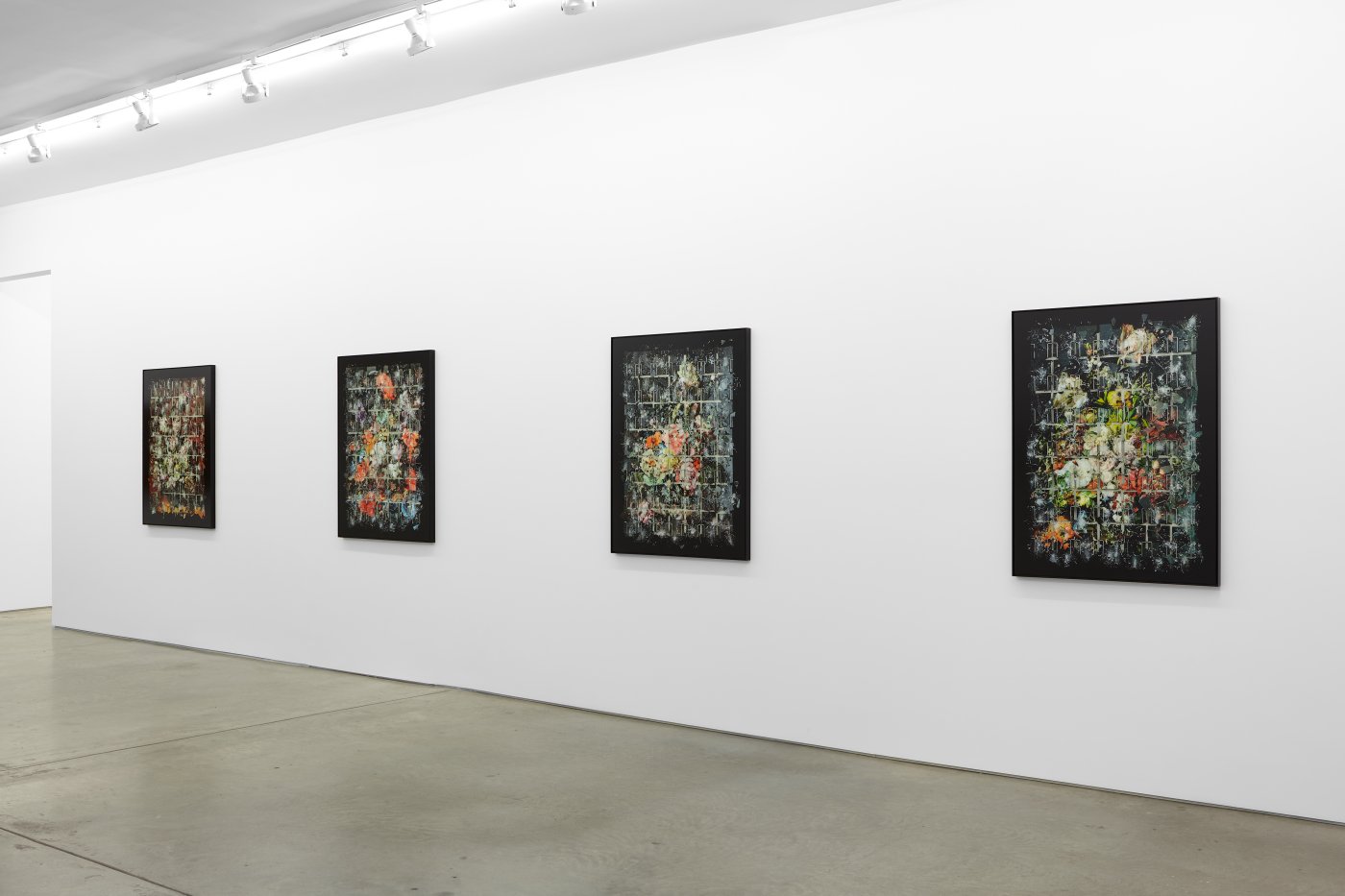 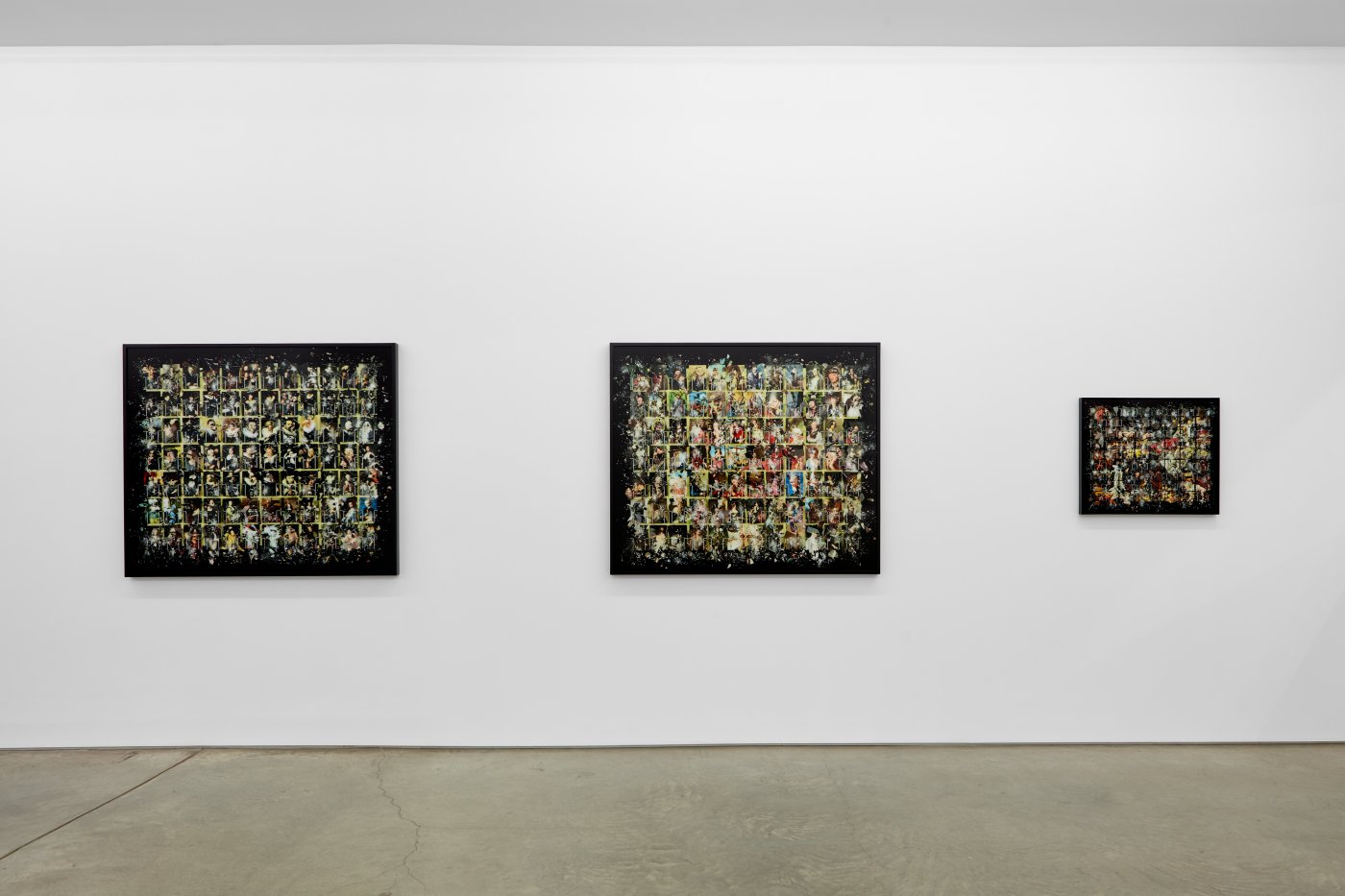 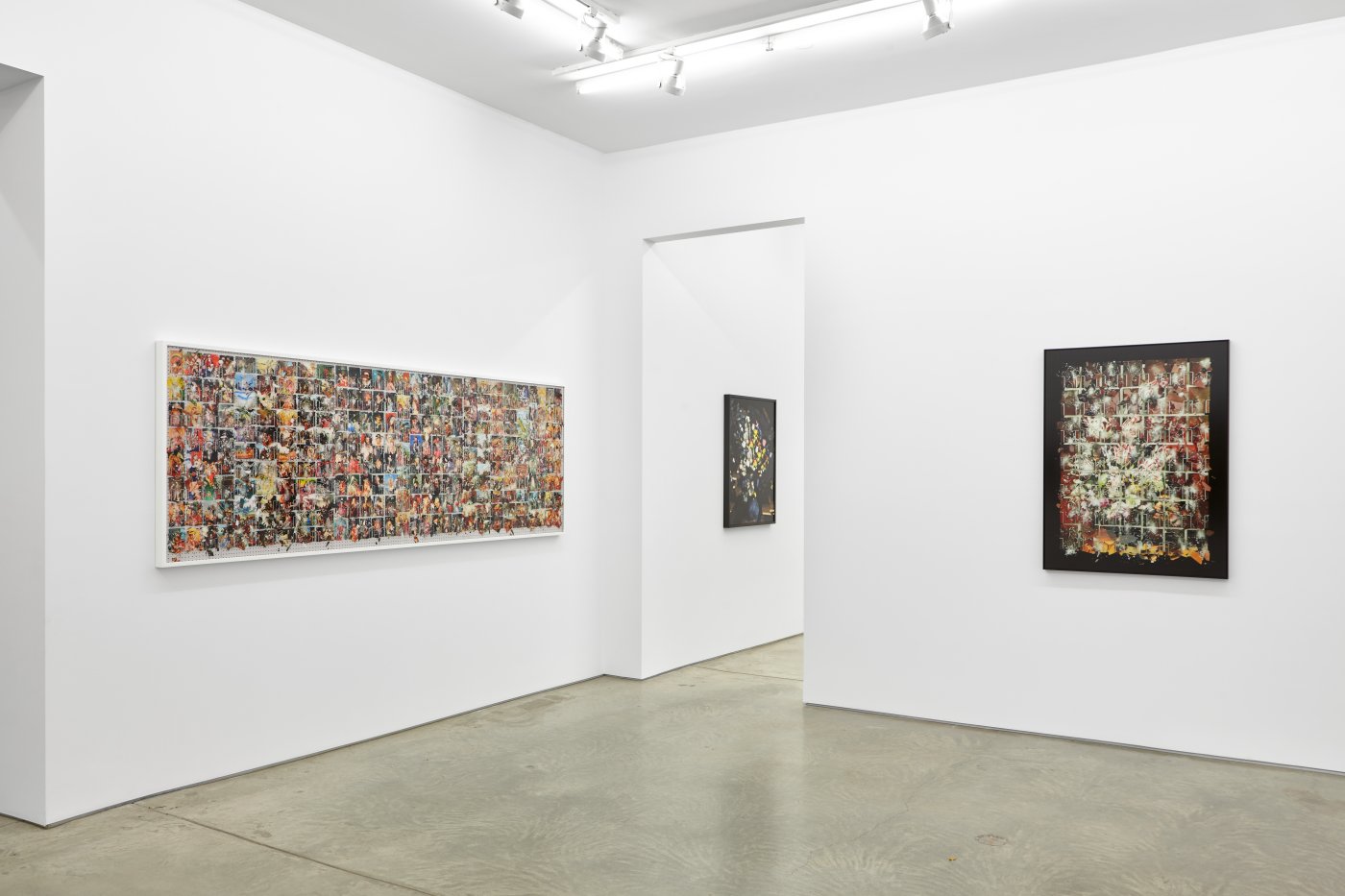 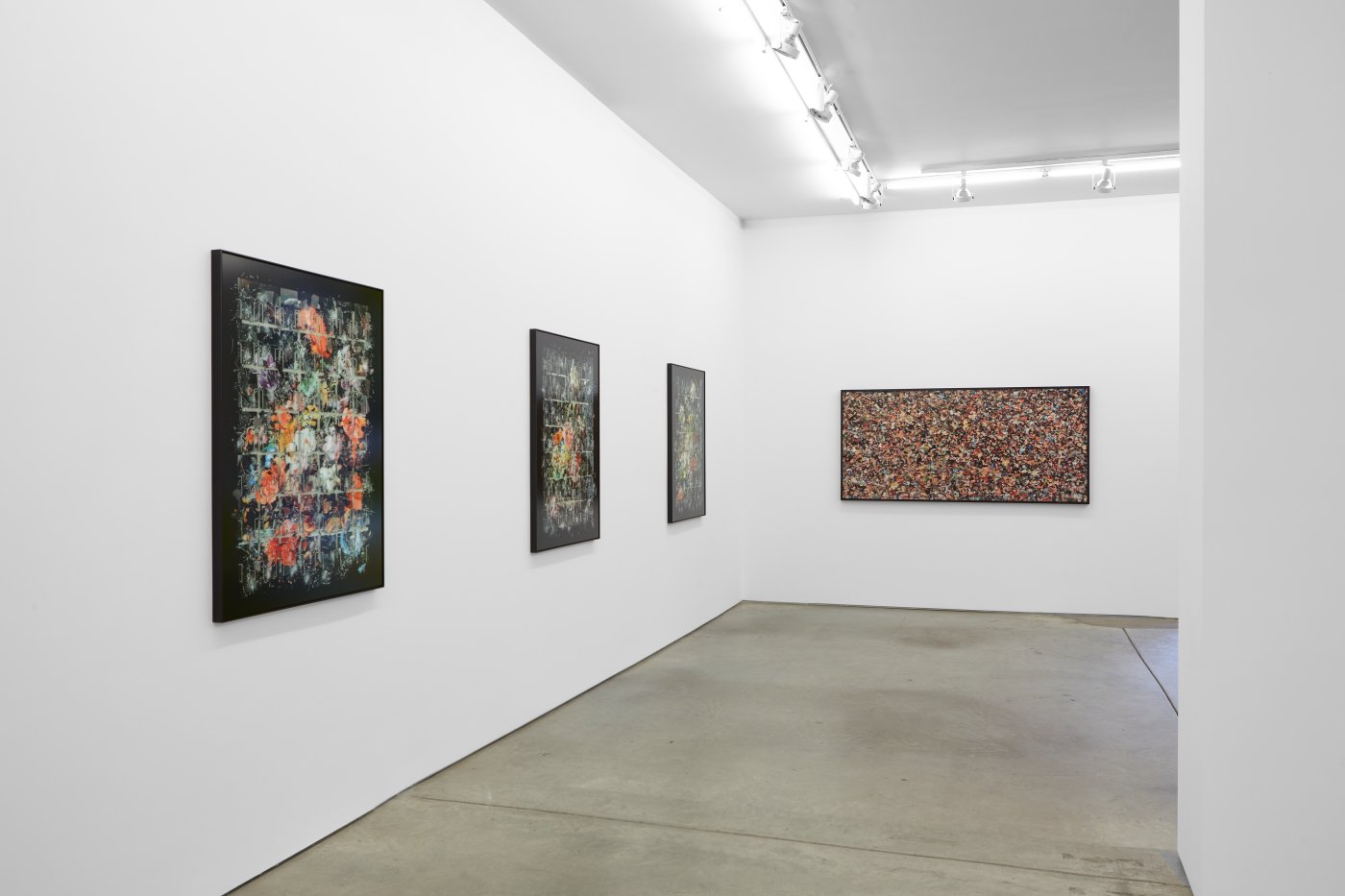 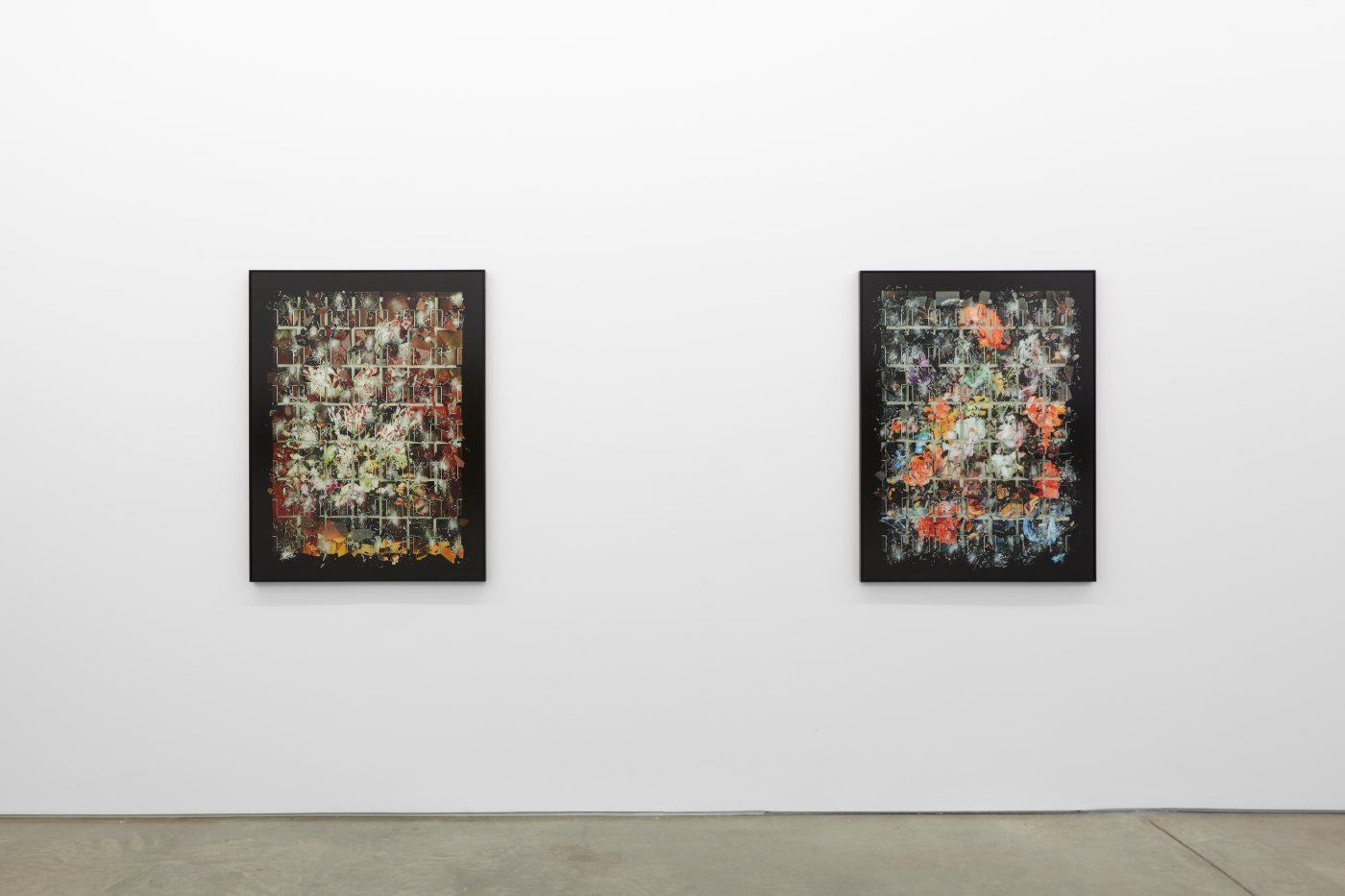 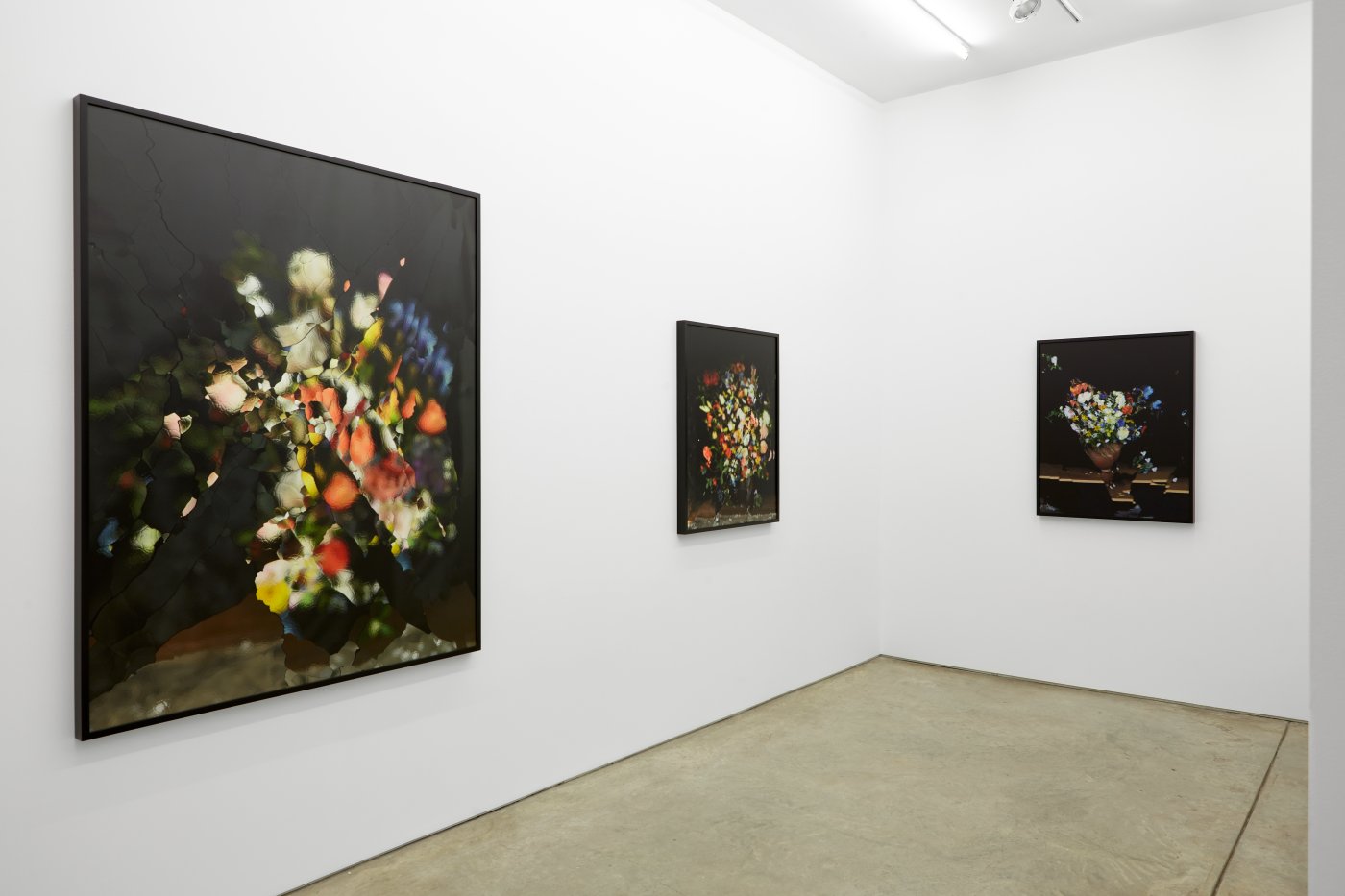 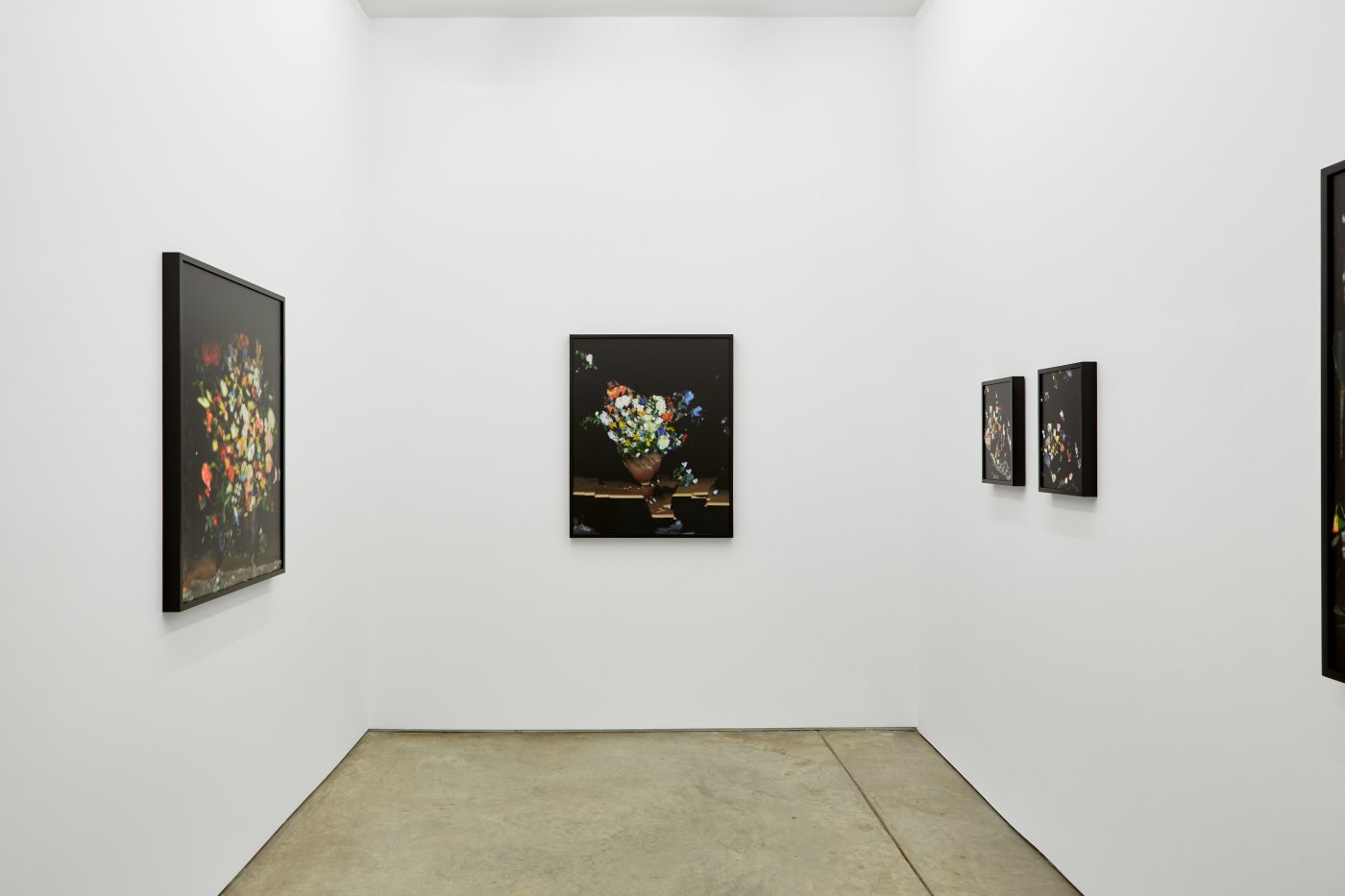 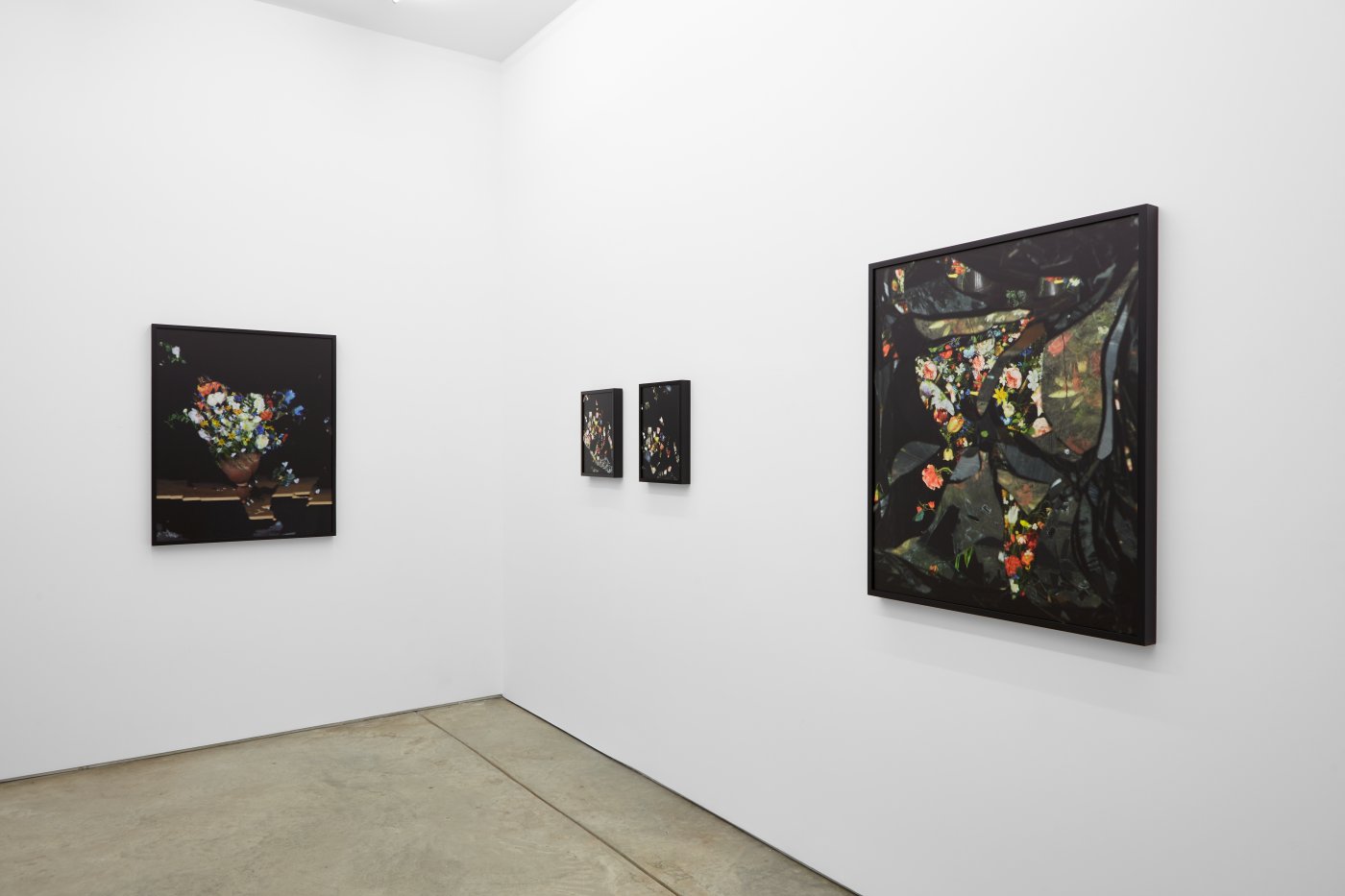 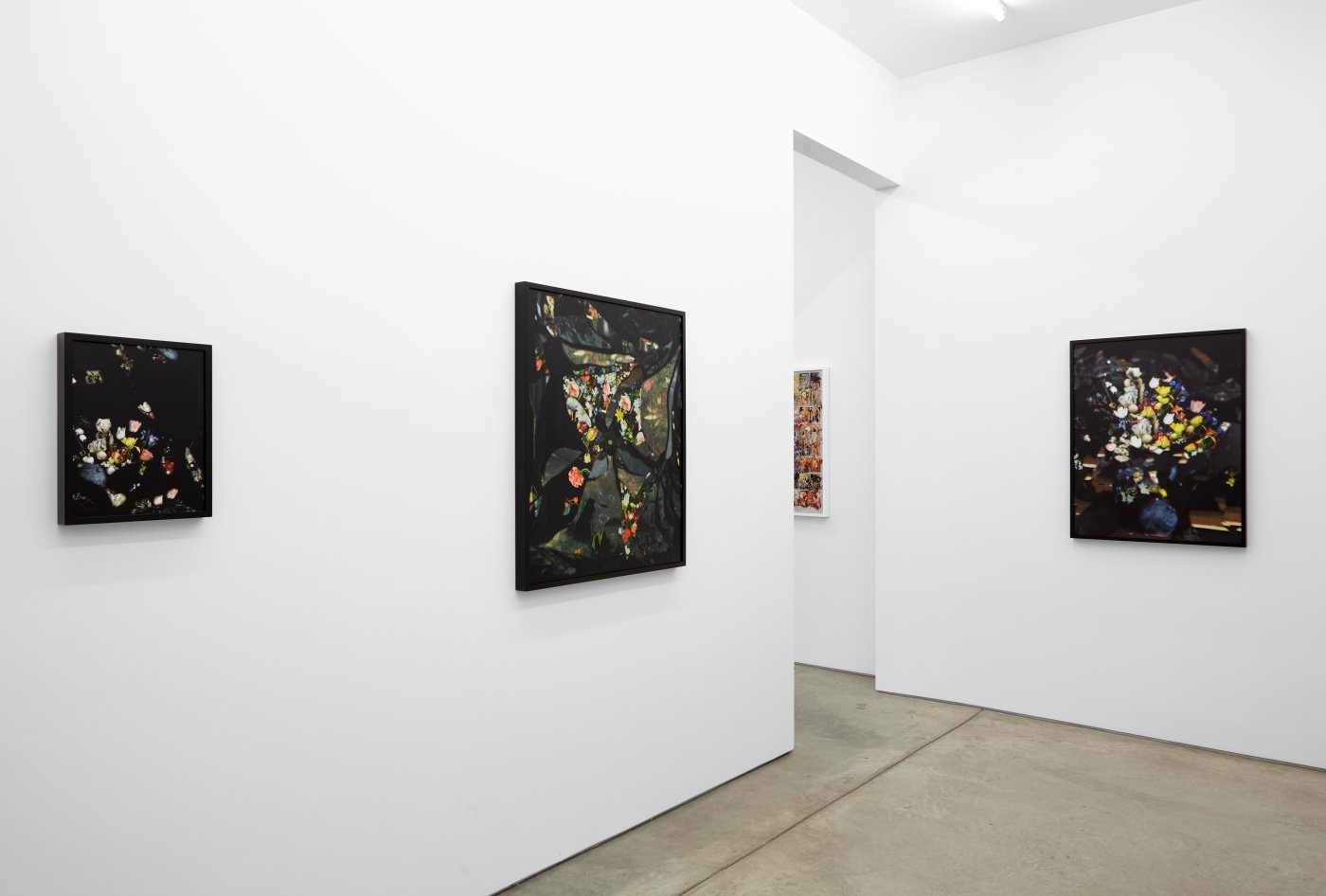 In Becoming, Gersht explores the fundamental relationship between creation and entropy through the canonical structure imposed by museums upon their collections. In the artist’s studio, images of paintings drawn from the postcard collections of the Metropolitan Museum of Art, New York, The Getty Museum, Los Angeles, and the Rijksmuseum, Amsterdam are printed onto analogously sized sheets of glass and then carefully arranged on a specially constructed wall that mimics a traditional postcard display. Order cedes to chaos as each wall of glass is methodically shattered. Recorded by the camera at the instant of destruction, a new space of creation emerges. In this photographic space, Gersht visualizes the entropic forces that these institutional systems resist as the images shatter into dispersed fragments of collective memory, perhaps returning to the state of disorder from which they originated. In Wall 01, a large-scale work constructed with over 200 postcards from the Metropolitan Museum, pivotal art historical works from the 16th – 19th centuries are shown at the moment of collapse. In the companion piece Wreckage Upon Wreckage, comprised of the shattered fragments from Wall 01, the strata of art history coalesce into a single plane, undermining the linearity imposed by the institutions. In this unregulated chaos, a treasure hunt of new compositions and narratives materializes. Gersht states:

“I’m very much aware of my own entropy — a desire to keep everything organized, knowing that this effort is doomed. This is about my own existence — an understanding that eventually, as soon as I let go of order, my life will pass away. In all my work there is a tension between a desire to hold on to something, to have some form of eternal assurance — and then a submission to the ephemeral, to the awareness that things fall apart.”

In the series On Reflecting, Gersht explores the roles of artifice and illusion in both painting and photography. For this project, he meticulously constructed silk flower replicas of three 17th century floral paintings by Jan Brueghel the Elder, in which the painter depicted bouquets of flawless flowers that in actuality bloom at different times and in disparate locations. Placing his floral arrangements in front of mirrors, Gersht then shattered the reflective glass, photographing simultaneously with two cameras which each captured different views of the event. Through this combination of art, craft, science and technology, Gersht questions the relationship between painting, photography and objective truth.

Born in Israel in 1967, Gersht has lived in London since 1988. He received his MA in Photography and Film from the Royal College of Art. The artist’s work has been the subject of solo exhibitions at the Museum of Fine Art Boston, Tel Aviv Museum of Contemporary Art, Imperial War Museum London, Israel Museum, Jerusalem, Santa Barbara Museum of Art, and Hirschhorn Museum and Sculpture Garden. Gersht’s new augmented reality piece Forget Me Not is currently on view in the exhibition Seeing the Invisible, originated by the Jerusalem Botanical Gardens and concurrently on view at ten international gardens. Forget Me Not will also feature as the signature artwork for the 2021 United Nations Climate Change Conference. Gersht’s photographs and videos are included in many institutional collections such as The Getty Museum, Guggenheim Museum, Jewish Museum, Los Angeles County Museum of Art, San Francisco Museum of Modern Art, Tate Modern, and Philadelphia Museum of Art, among others.