On Hannah Arendt: The Modern Age

On Hannah Arendt: The Modern Age 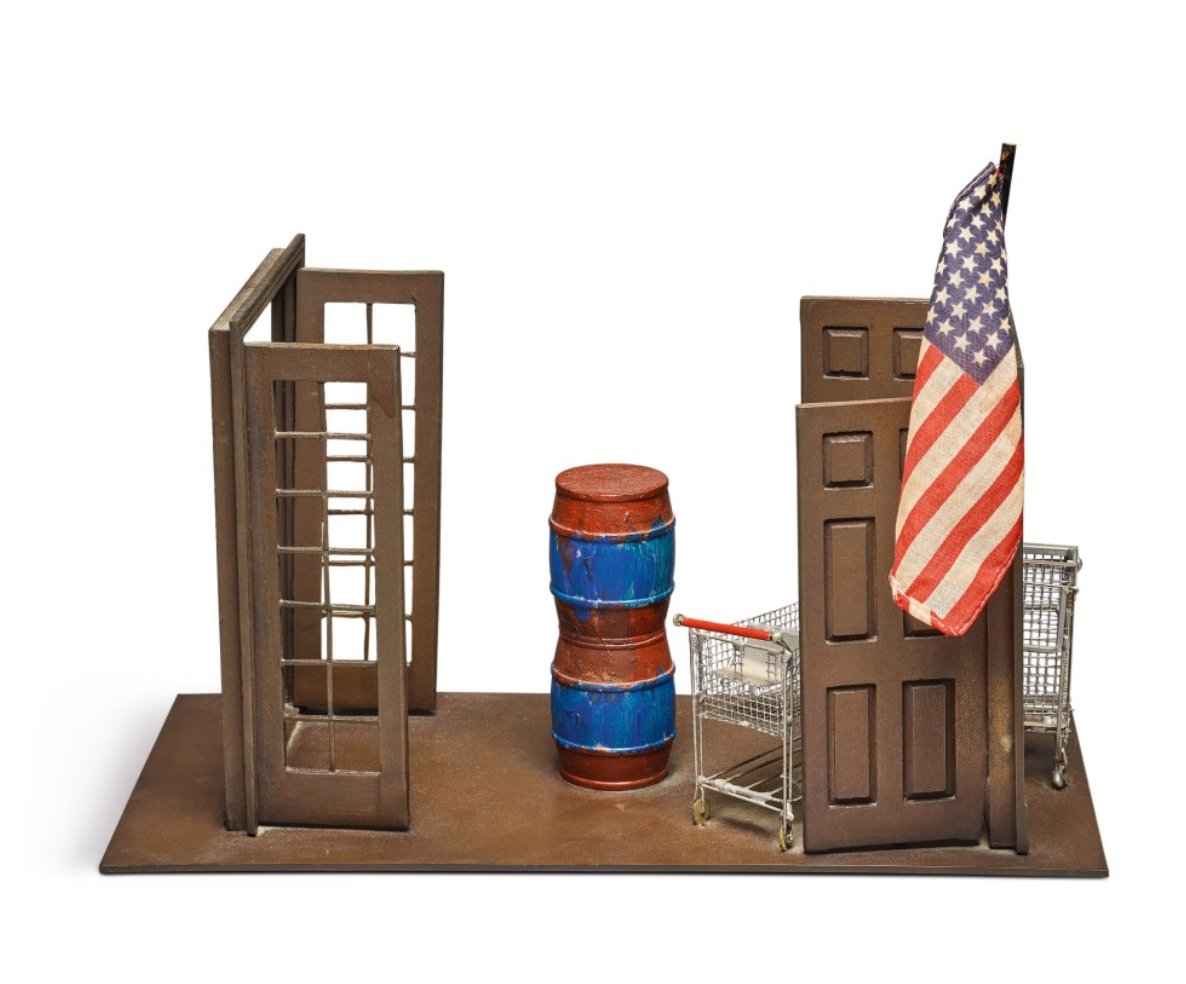 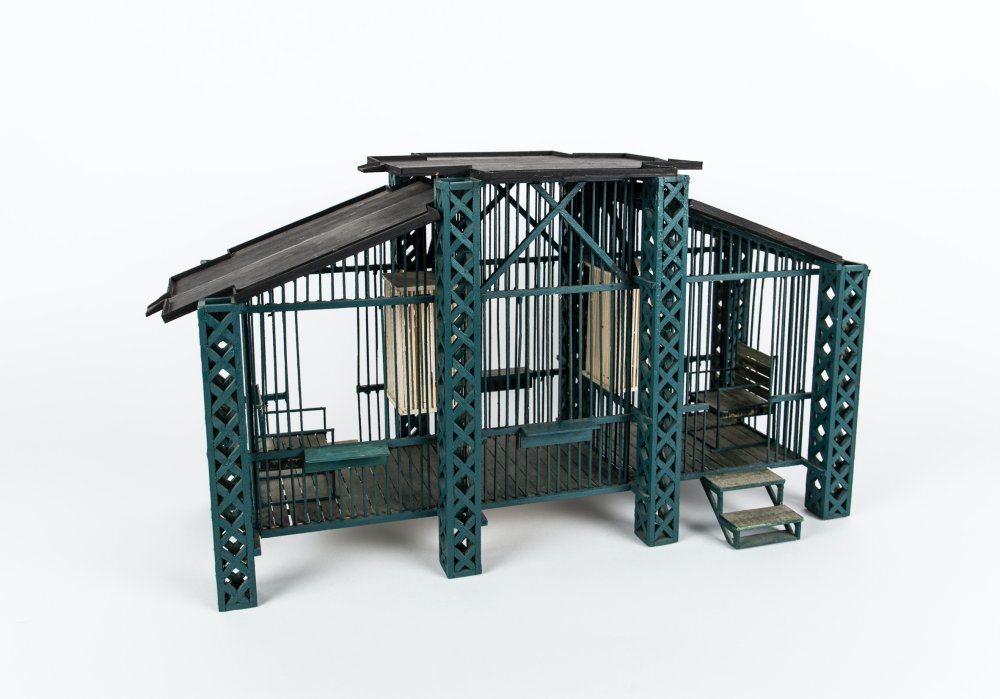 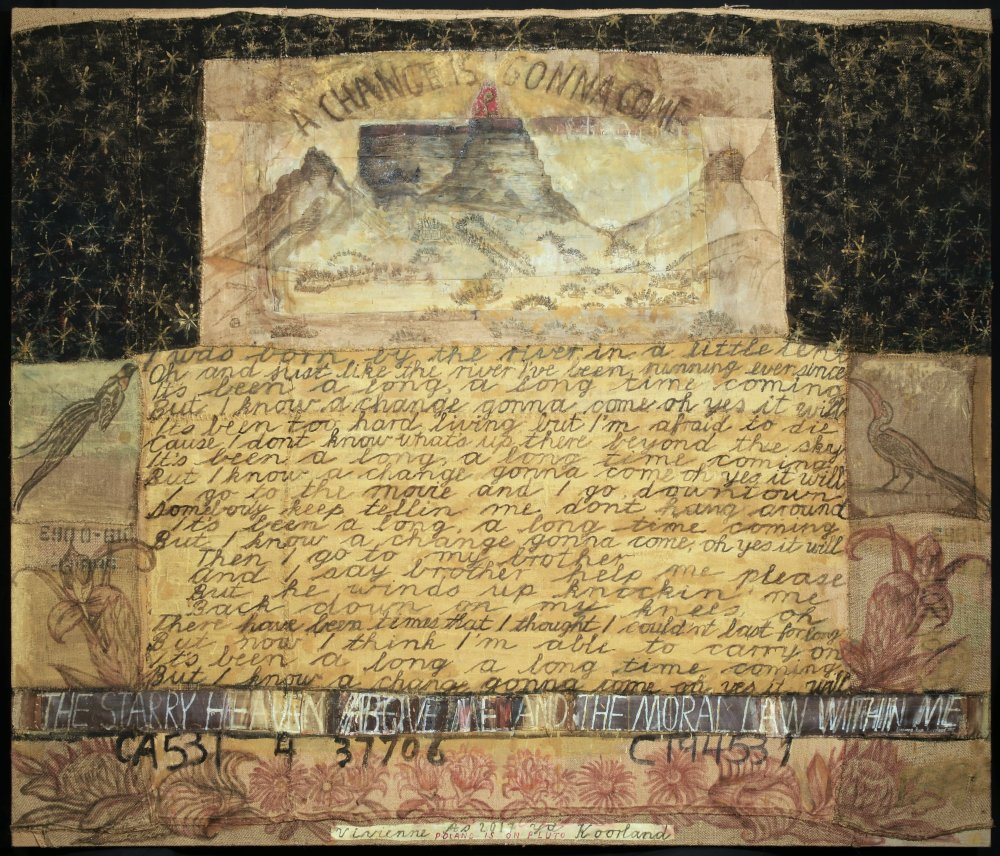 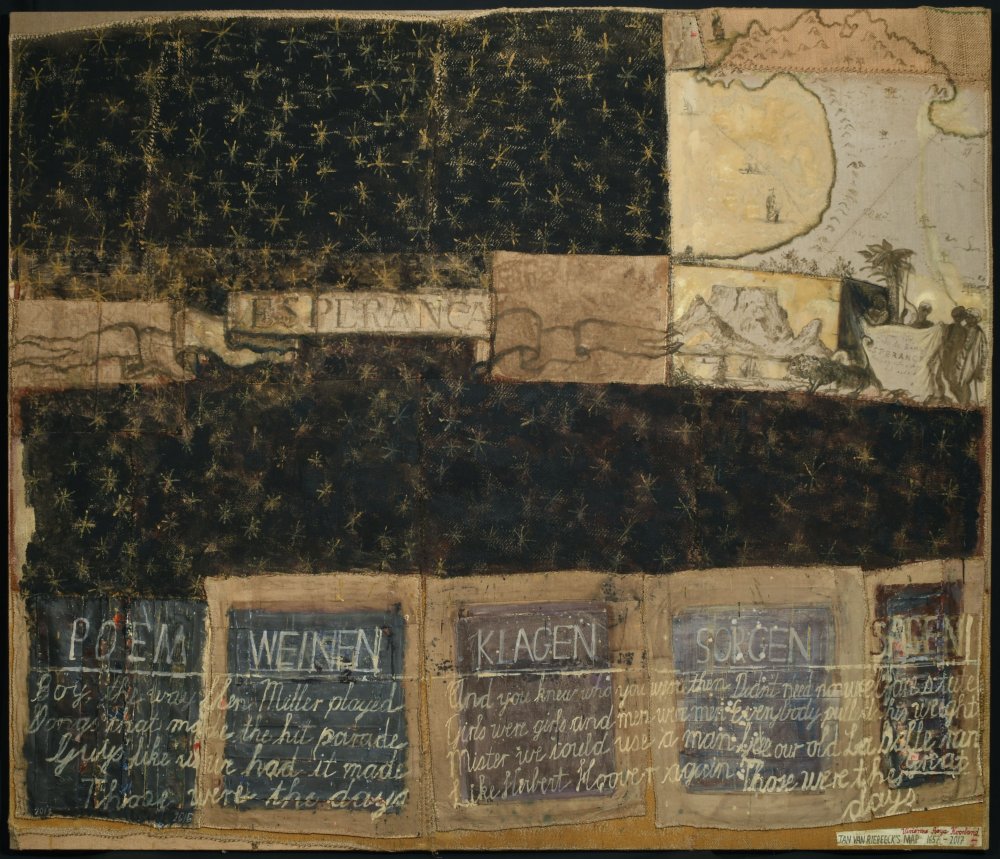 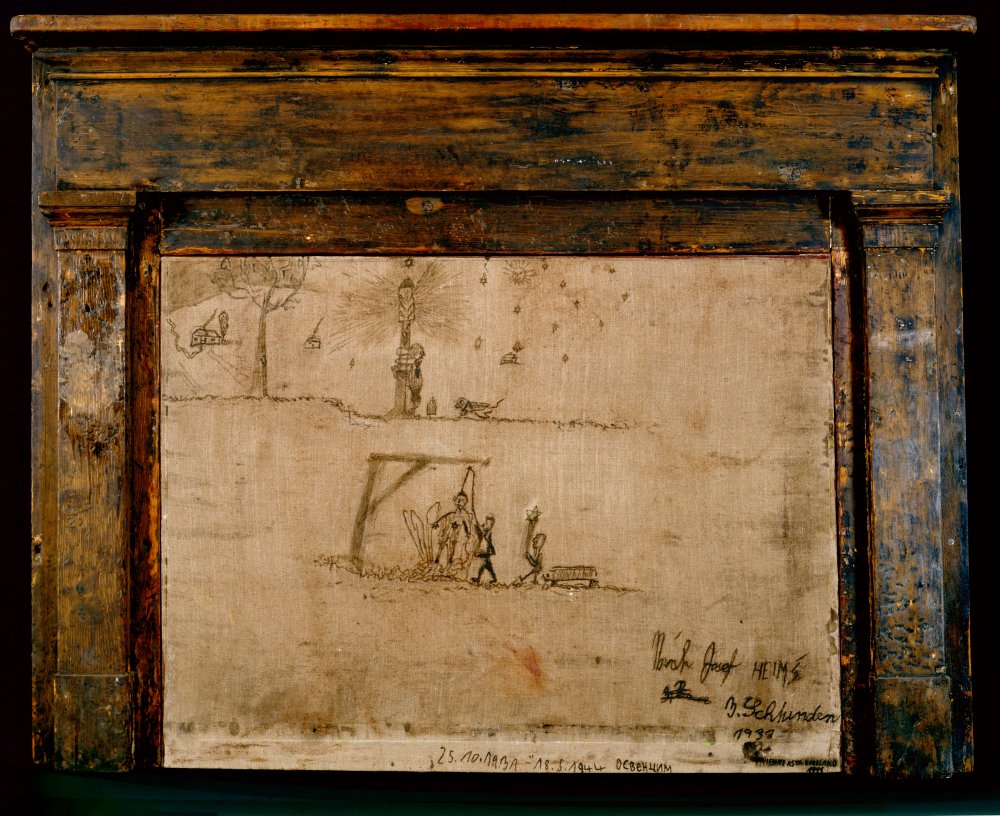 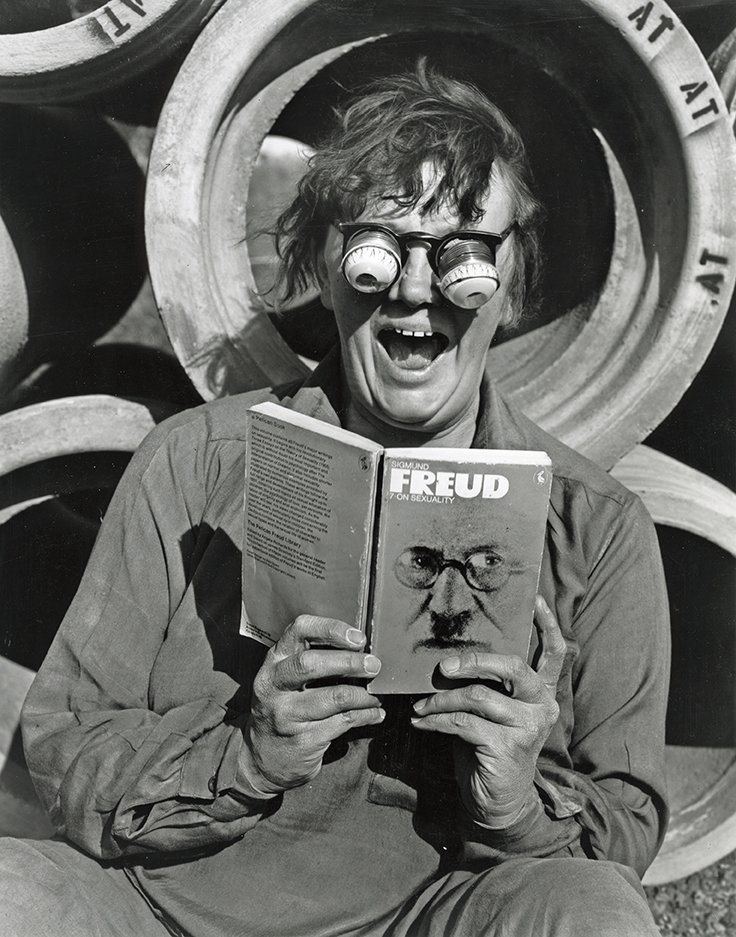 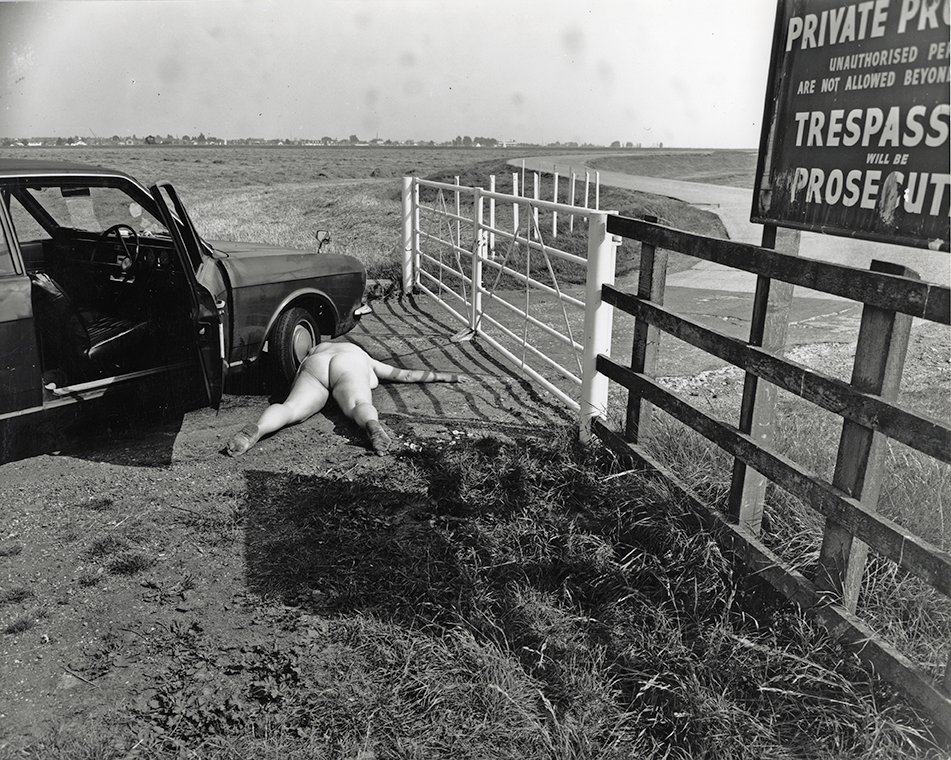 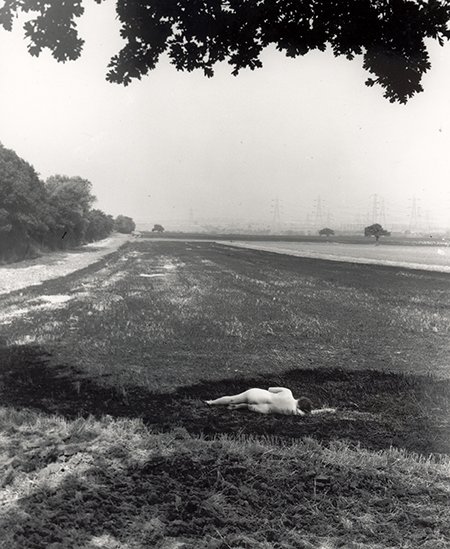 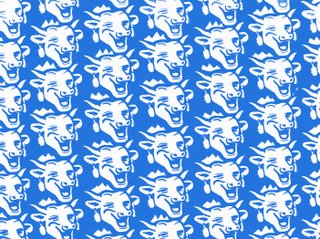 ‘On Hannah Arendt: The Modern Age’ takes its title from the first chapter of Arendt’s 1968 book Between Past and Future. In the preface, Arendt links thinking together with remembrance and storytelling. Remembrance is understood by Arendt to be one of the most important “modes of thought,” one that requires storytelling in order to preserve those “small hidden islands of freedom.” This kind of thinking, which requires imagination, courage and independence, is present in the work of the artists presented in ‘The Modern Age’: Siah ARMAJANI (b. 1939, Iran; d. 2020, USA), Thomas BARYLE (b. 1937, Germany), Véronique FILOZOF (b. 1904,
Switzerland; d. 1977, France), Vivienne KOORLAND (b. 1957, South Africa) and Jo SPENCE (b. 1934; d. 1992, UK).

The first in a 12-month programme dedicated to the writings of the German-born, American political philosopher Hannah Arendt, ‘The Modern Age’ extends Arendt’s examination of tradition and the modern age into the twentieth and twenty-first centuries or what she understood as “the modern world.” We are living through a very difficult period of history marked by a tremendous amount of instability. Driven largely by the COVID-19 pandemic, we have had to radically alter how we educate, socialise, consume and care for one another. This has intensified our dependence on technology and brought with it something that Arendt articulated as “new problems and perplexities which our tradition of thought was unable to cope with.” The artworks selected offer pause for thought, and in doing so, help us emotionally and intellectually navigate the challenging time in which we find ourselves.

The exhibition is a rare opportunity to see five of Siah Armajani’s Houses made between 1970-1978. These dwellings disregard any design we might be familiar with. Their exteriors call to mind a rustic farmhouse or barn, yet their interiors are empty, devoid of any fixtures, furniture or modern appliances. On closer inspection there is a peculiar treatment by the artist of form and space. Rooms without walls, windows or doors; levels and floors that are cut off from one another and inaccessible. In these sculptures, Armajani confuses our understanding of home as erected to provide comfort and protection, instead raising the possibility that these buildings exist for impractical or sinister purposes.

In the last few decades, we have seen an explosion of technological innovation, mass production and mass marketing. Most recently, the rise of the internet has accelerated the process and opened up new spaces for business to both grab our attention and sell us more products. Thomas Baryle’s interest in production and consumption links him to theorists such as Arendt, Walter Benjamin and Martin Heidegger. For the exhibition Baryle has transformed one of the rooms in the gallery with a site-specific installation. The floor-to-ceiling work – for which he has become renowned – foregrounds the artist’s longstanding preoccupation with postwar consumerism, which replaced trauma with a pathological desire for goods and services. This manipulation has since continued, resulting in a global industry with an insanely profitable substitute for actual healing.

Jo Spence’s work has its roots in British conceptual photography of the 1960s and 1970s. At its core is an enquiry into how we think about images. In Remodelling Photo History (1980-82), her carefully staged and often wickedly funny photographs ask us to pay close attention to what we see when presented with a photographic image as opposed to passively absorbing its information. Spence was fascinated with the power of images to construct and encourage particular ways of viewing the world. In her work she reminds us that no image is neutral, on the contrary, everything has an ideological structure that is designed to manipulate and exploit.

Despite her relatively unknown status, Véronique Filozof’s significance can be grasped from the praise and friendship she received from eminent artists and intellectuals including André Bloc, Jean Cocteau, Jean Dubuffet, André Malraux and Jean-Paul Sartre, amongst others. Filozof’s work relates to the theme of the exhibition in that her subject was firmly “Man: his life, his work, his joys, his sorrows” and her commitment to this – what Arendt might describe as the Vita activa or active life – led her to explore the emerging counterculture of the 1960s and produce drawings inspired by the wars in Algeria (1954-1962), Vietnam (1955-1975) and the events surrounding May 1968.

Vivienne Koorland’s large-scale paintings, such Terezin Painting: Josef (1991) and Poland is on Pluto: A Change Is Gonna Come (Sam Cooke’s Version) (2017), are included for their ability to contest collective experience and remap history. Terezin Painting is oil on linen set into wood mantel that takes its inspiration from the infamous story of art made within the Terezin ghetto. There, artists were forced to produce propagandistic artworks depicting the town as a model of Nazi hospitality, but they covertly used their art materials to record the actual horrors of life there. Poland is on Pluto combines the lyrics of Cooke’s 1964 civil- rights anthem with Kant’s famous sentence “the starry heavens above me and the moral law within me,” which together infer that hope – which we so often fear to be lost – is ultimately retrievable.

Finally, Brazilian sound artist and music producer LAIMA will create a new sound piece in response to each chapter of Arendt’s Between Past and Future, available to experience on the gallery’s website and during live events held throughout the series of exhibitions.

In partnership with the Hannah Arendt Center for Politics and Humanities at Bard College, a wide- ranging public programme of online talks, interviews, lectures and a virtual reading group will accompany the exhibition.

With special thanks to Rossi & Rossi and Gladstone Gallery for their support.

“[They] had taken the initiative upon themselves and therefore, without knowing or even noticing it, had begun to create that public space between themselves where freedom could appear.” – Hannah Arendt

Richard Saltoun Gallery announces a 12-month programme of exhibitions dedicated to the writings of the German-born, American political philosopher Hannah Arendt (1906-1975). Since the gallery’s inception in 2012, Richard Saltoun has sought to shed light on difficult questions concerning inequality and identity. Its unwavering dedication to Feminist and Conceptual artists particularly from the 1970s onwards has inevitably imbued its programme with a strong political focus, and the gallery’s curatorial approach has been guided by a vision to serve a wider societal purpose.

Following 100% Women, a year-long programme to support female artists and address gender imbalance in the art world, On Hannah Arendt: Eight Proposals for Exhibition looks to one of the most important thinkers of the post-war generation to confront some of the most pressing socio-political issues of our time. Launching in January 2021, On Hannah Arendt will be organised around eight exhibitions that seek to explore the questions put forth in the eight chapters of Arendt’s book Between Past and Future: Eight Exercises in Political Thought. The exhibitions will feature over 20 international artists working across a variety of media, including artists represented by the gallery and artists outside the gallery roster. Rarely does a commercial gallery dedicate an entire year to a single theme or collaborate with such a range of non-represented artists.

While the world has changed dramatically since Arendt published the final version of Between Past and Future in 1968, her call for thoughtful reflection on difficult subjects remains impressively relevant today. Arendt’s subtitle, Eight Exercises in Political Thought, reflected her desire to avoid providing definitive answers, instead instructing the reader that the “only aim is to gain experience in how to think.” Hence, artists have been selected who might suggest, interpret, extrapolate and elucidate ideas in the book ,and by extension, their engagement with Arendt’s ideas should be approached less as descriptive or explanatory and more as something that has the potential to alter and inform our attitude toward phenomenological questioning, for example, towards issues of exile, agency, freedom, prejudice and spirituality.

Richard Saltoun, Founding Director, said: “The international outbreak of COVID-19, and the subsequent lockdown that ensued around the world, has given us the time to deeply consider our programme and put the gallery to a more interesting purpose. Given today’s social and political climate, the exceptional circumstances we find ourselves in, we are devoting the entire program of 2021 to the writings of Hannah Arendt. We will share our resources with many artists; across gender, race and age and including many not represented by the gallery. We hope to learn and inspire others by showcasing how artists respond to the timely and poignant questions put forth by this great philosopher.”

Launching the programme in January 2021, The Modern Age addresses themes of dislocation, statelessness and social alienation, as well as the discomfort and uncertainty these conditions produce and will include key works by Siah ARMAJANI (b. 1939, Iran; d. 2020, USA) and Vivienne KOORLAND (b. 1957, South Africa), amongst others.

The Concept of History, a solo exhibition by Peter KENNARD (b. 1949, UK) in February, highlights the artist’s extraordinary contribution to politically informed art over the past 50 years. The exhibition will showcase three bodies of work: his little-known STOP Paintings from the 1960-70s informed by events such as the Paris student riots, The Prague Spring and Vietnam War protests; his series of Pallets from the 1990s, with traces of human images and figures barely visible on battered wooden pallets; and a new series of works on paper 2020.

In April, What is Authority? examines structural antagonism and everyday discrimination – thoughts, glances, implied judgments that flourish in an environment where more explicit acts of inequality have been outlawed, with work by Lili DUJOURIE (b. 1941, Belgium), Everlyn NICODEMUS (b. 1954, Tanzania) and Lerato SHADI (b. 1979, South Africa).

Bracha L. ETTINGER (b. 1948, Israel) puts us in relation to Arendt’s question What is Freedom? and relates to the tragic fate of women in periods of war, especially the Holocaust. Dealing with the themes of trauma and compassion, investigating the historical and psychological landscape of transgenerational memory, community and feminine subjectivity, Ettinger’s solo show, opening in June, will include a selection of paintings and drawings created during the last seven years.

Further details regarding the second half of the programme – exploring The Crisis in Education (July), The Crisis in Culture (August), Truth & Politics (October) and The Conquest of Space (November) – will be announced in spring 2021, along with an accompanying series of special events and public lectures.