Oli Epp: Don't You Want Somebody to Love?

Oli Epp: Don't You Want Somebody to Love?


Perrotin New York presents Don’t You Want Somebody to Love?, a solo exhibition of new paintings by Oli Epp. 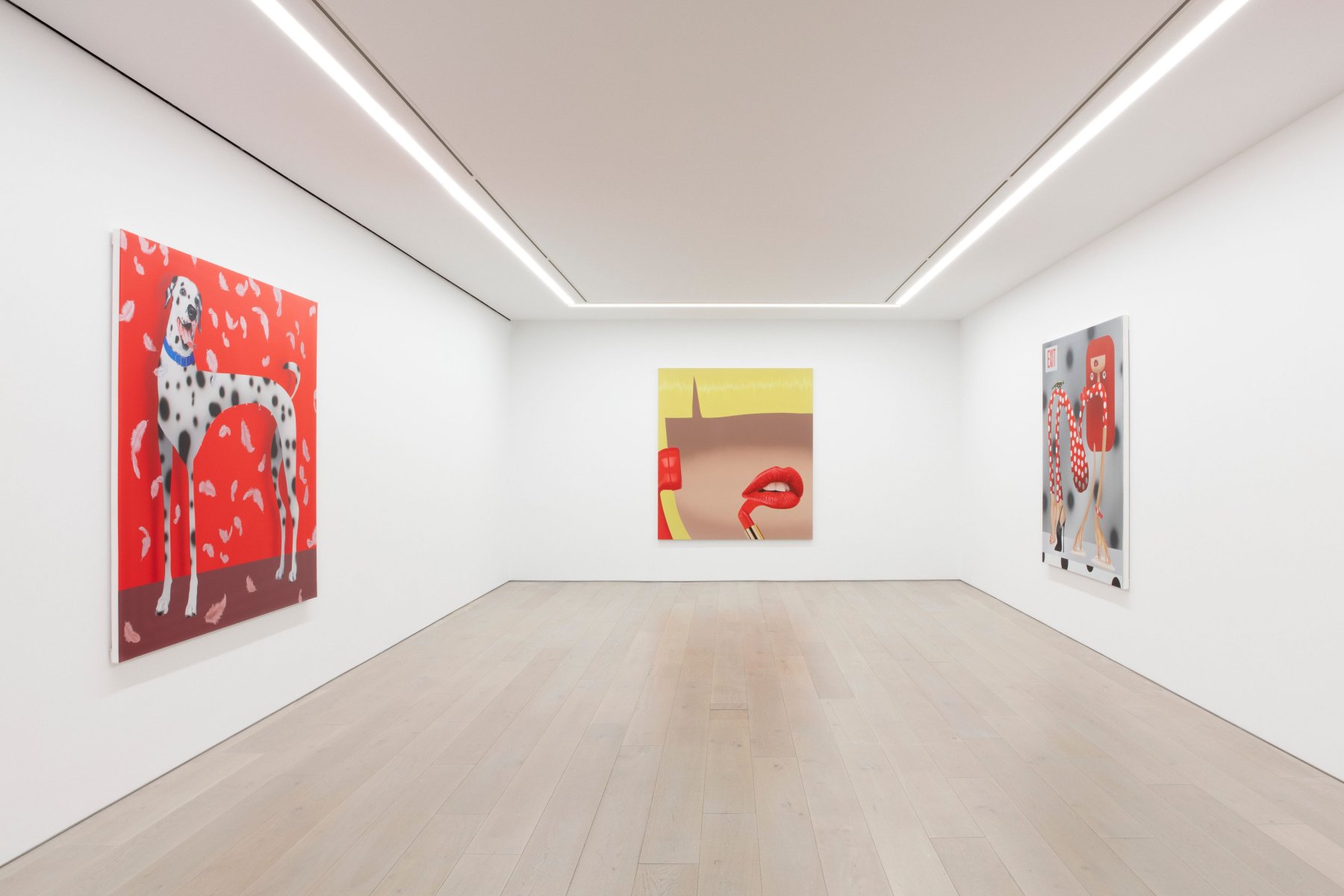 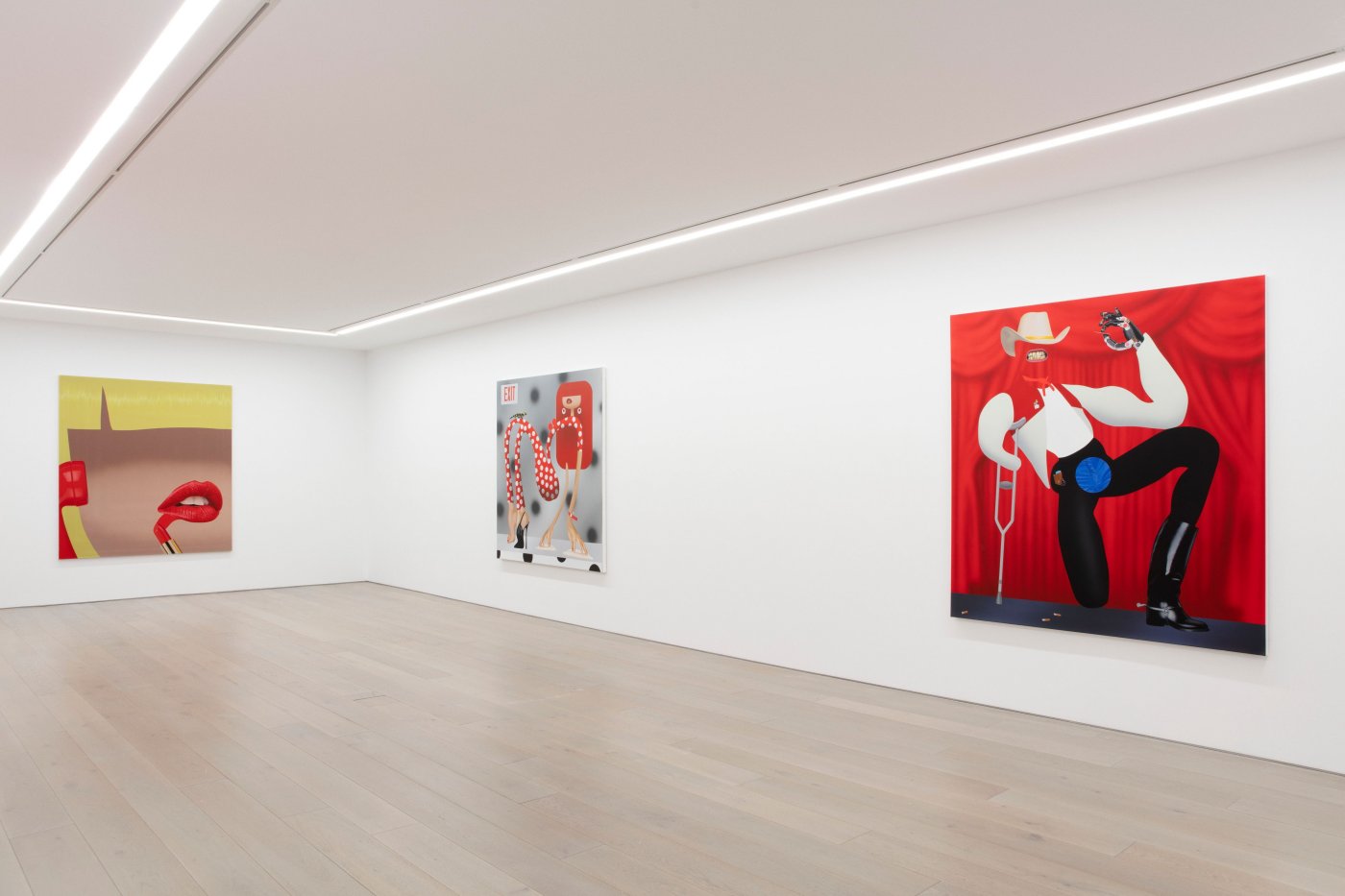 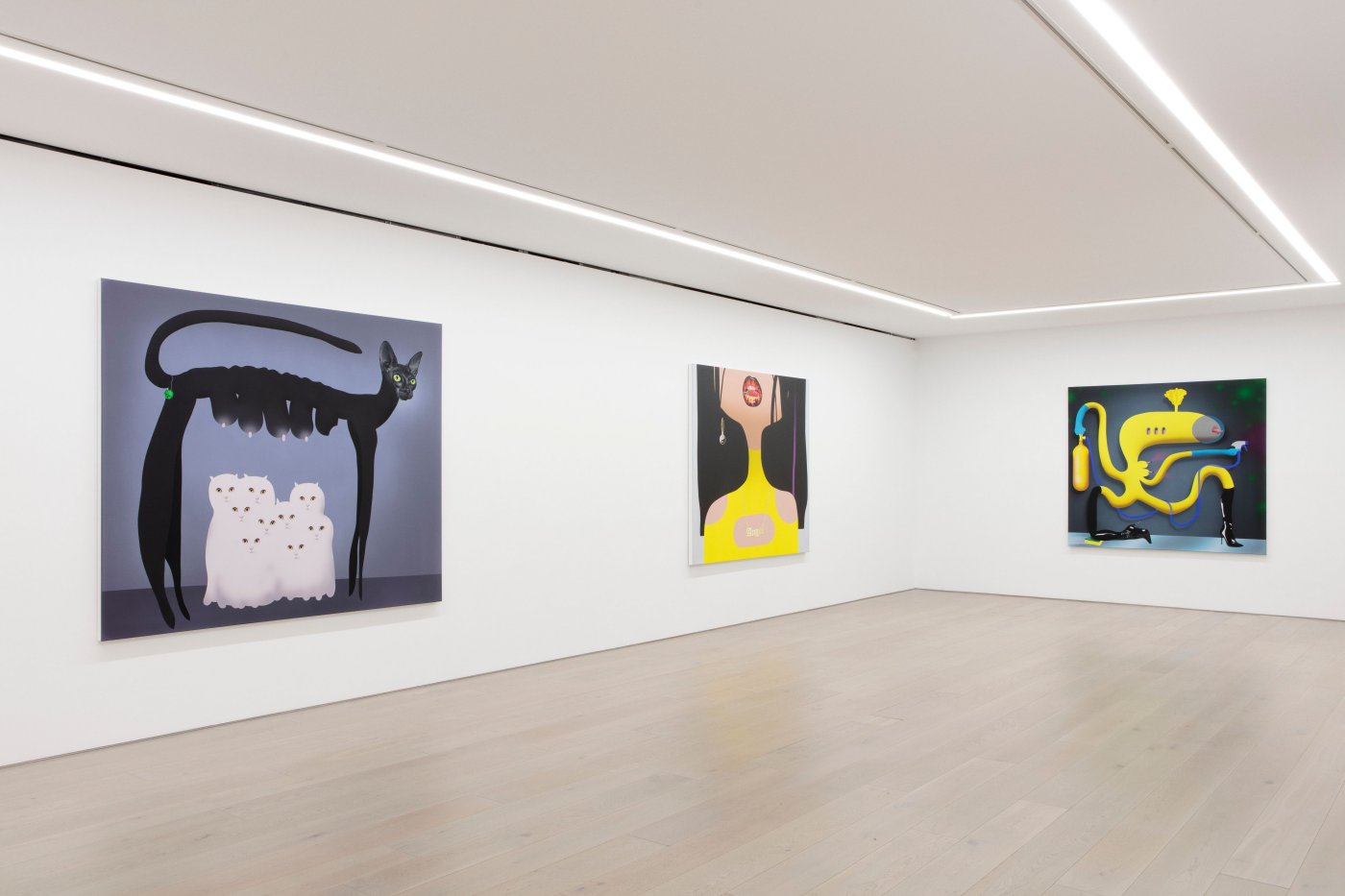 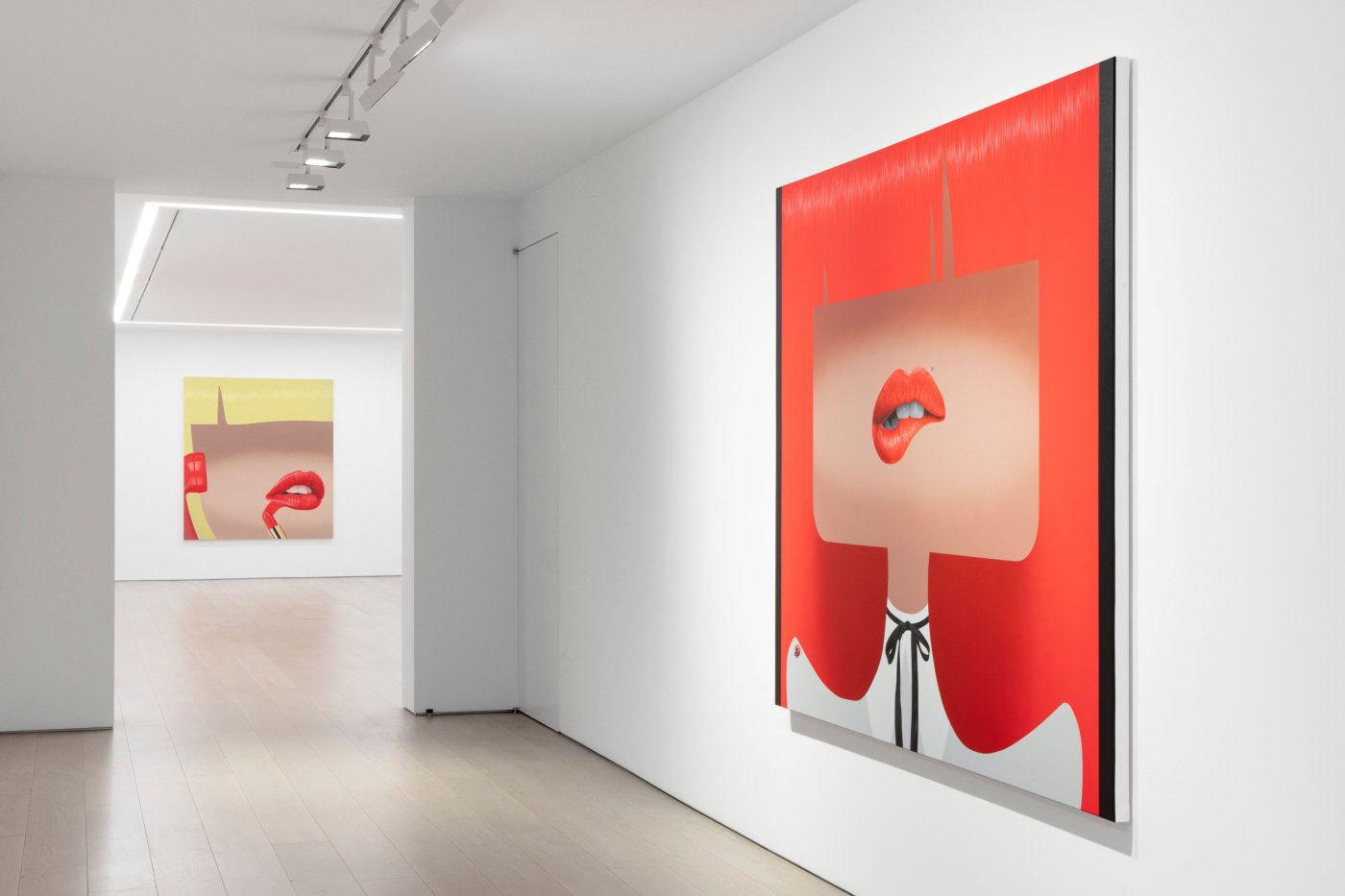 Born and raised in London, Epp’s coming-of-age coincided with the ascent of the Internet. Fittingly, his paintings hum with contradictory impulses. Pulled from the 1960s psychedelic-folk hit by Jefferson Airplane, the exhibition’s title Don’t You Want Somebody to Love? aptly describes the search for human connection in the digital age.

His compositions, first drawn from real-world observations, begin with a pencil sketch, which is then scanned into a computer. There, in the frictionless space of a user interface, he begins to dissemble and re-assemble the image, again and again according to the economic rubric of advertising clarity or the infographic. Yet, the hand drawing — imperfect and, perhaps, in its unsteadiness, vulnerable in its fallibility — remains. Although he appropriates the visual comfort of the algorithm, he also revels in its discomfort.

In the studio, Epp begins by applying layers of acrylic paint onto his canvas, producing ostensibly simple compositions. Then, Epp uses oil paint for a precise rendering of objects. This stacking, a careful accumulation, recalls the layers of a photoshop file as much as it does the sublimity of Donald Judd’s Stacks.

Epp’s choice of objects are enshrined with a certain cultural reverence: a Yankees cap, a nameplate necklace, a single smouldering cigarette. And sometimes, objects are not always objects; sometimes they are body parts, like an engorged groin or a lipstick-encased grin. These, too, are objects for Epp. If Epp’s backgrounds — blurred, endless, sublime — are the endless scroll of an iPhone, then perhaps objects — functional, clear, hyper-visible — are like an emoji, expediently tacked onto a text message.

Oli Epp is hyperaware of how images grow and disseminate, not unlike weeds. It’s no coincidence that Epp was raised on a steady diet of Tom Wesselmann, the godfather of advertorial images, who cut-and-pasted disarmingly simple objects into monumental collages. Epp gravitates towards the Pop Art generation, who grappled with the golden age of advertising, as Epp’s generation, too, grapples with the golden age of the algorithm. Both artistic generations were charged with slowing down, freezing, enlarging, and sometimes miniaturizing the image — anything they could do to reaggregate an unceasing visual sales pitch.

Central to the exhibition, we are compelled to look straight ahead at RED – a large scale, tight crop of a red-haired woman, whose ambiguous lip-bite confronts us from afar. The siren call of this modest gesture, blown up to billboard scale unfolds in its indistinctness as it is approached. However, moving closer, details emerge. We see a simple black lace necktie, realistically rendered, which conjures the image of Anna Delvey’s courtroom outfit. Yet, we must ask, is this authentic innocence or simply an attempt to signify the aesthetic of innocence? In Epp’s work, objects become surrogates for interiority, for self-hood. His main characters remain silent.

In the title of the exhibition, Epp speaks directly to our digital avatars, seeming to ask: Don’t You Want Somebody to Love? He knows, like us, that we have mistaken Somebody for Something.

Views of Oli Epp’s exhibition ‘Don't You Want Somebody to Love?’ at Perrotin New York, 2022. Photo: Guillaume Ziccarelli. Courtesy of the artist and Perrotin