Annka Kultys presents an exhibition of new works by Olga Mikh Fedorova, marking the artist’s second solo presentation with the gallery in London. 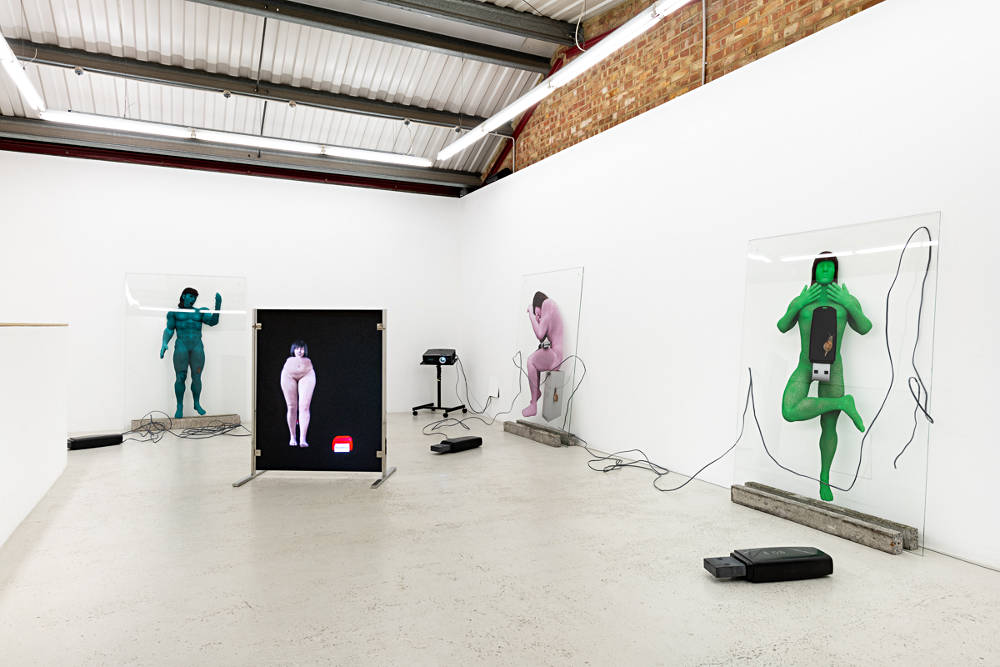 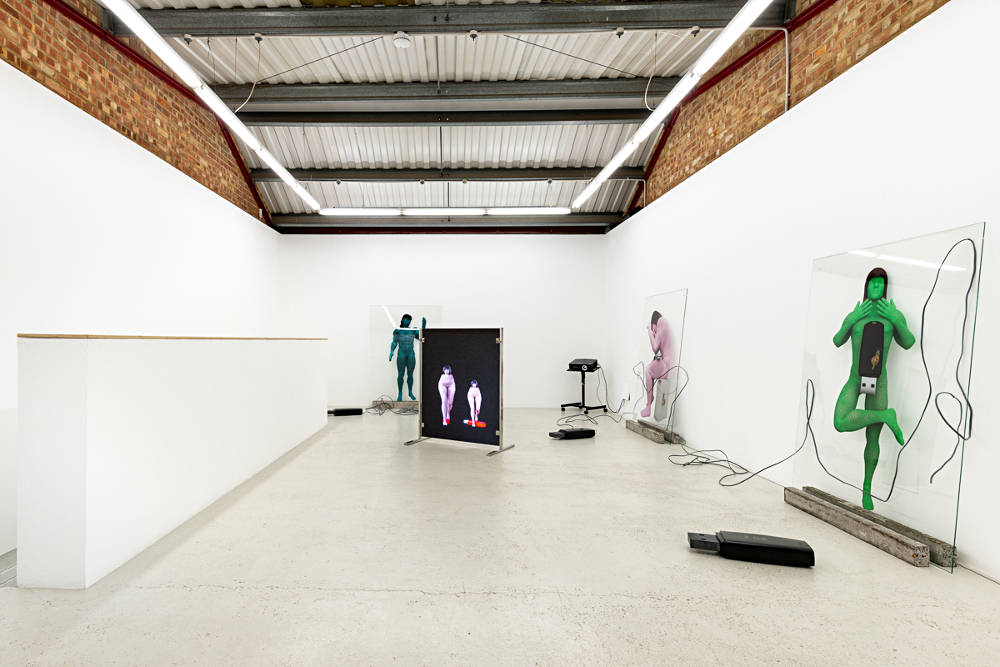 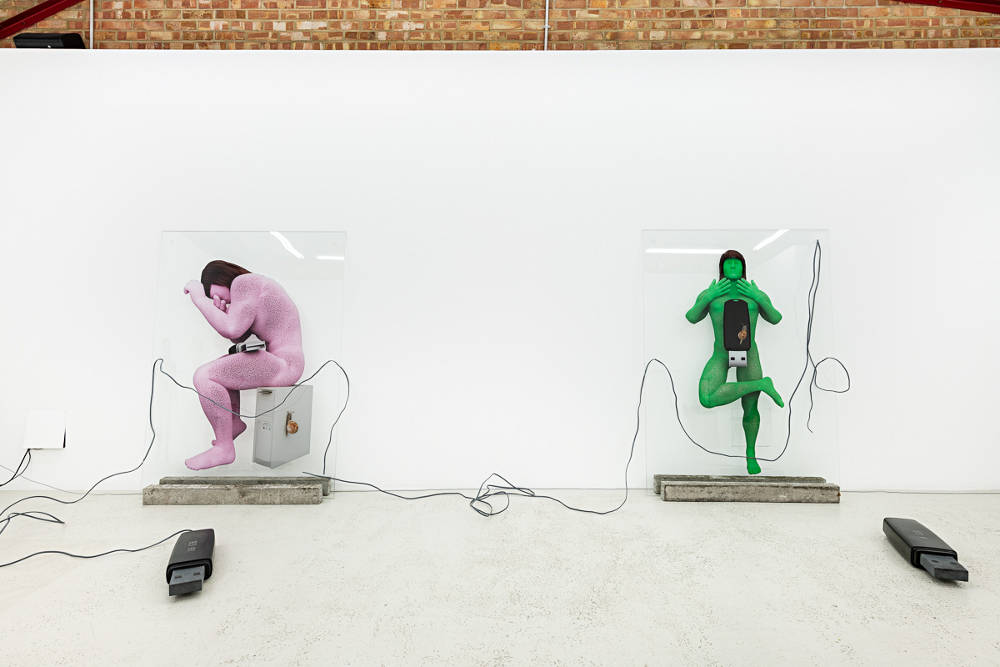 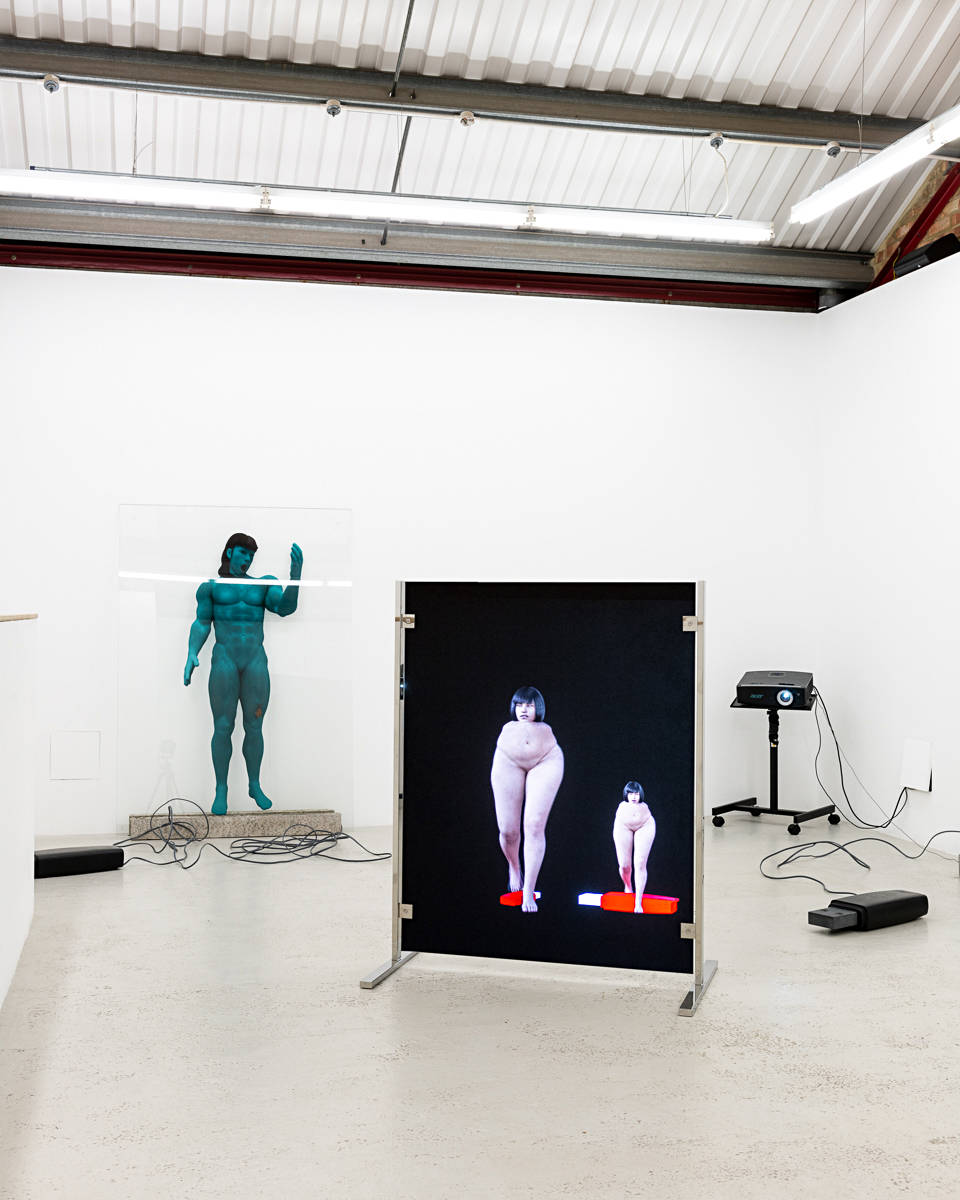 Short Term Memories features three large scale prints on glass, a video on a new type of transparent glass screen that the artist has developed, and three granite sculptures. Implicit in the show is the idea of memory, asking what imprint the human race will leave on earth after it inevitably passes away.

The show’s prints feature three ambiguous figures, deliberately devoid of assigned gender or ethnicity, appearing in green, pink or blue, and in various stances, from sitting to gazing open-mouthed, as they contemplate a post-human experience. The figures may be seen as gender-free skeletons, the bare bones of a society obsessed with data and the physical harvesting of digital data, left to become overgrown with moss and once again subsumed within nature.

The sculptures, made from granite but in the form of large scale USB drives, could be construed as gravestones to the analogue era. These, like most mass-produced technologies, arguably enjoy a longer after-life than our own human bodies, which begin to decompose from the moment we cease living.

The exhibition explores society’s concern with the idea of immortality, and more particularly, the idea as developed by the Techno-Futurists and marketed the increasing number of companies investing in the notion that science and technology will enable the human race to swiftly evolve beyond its current physical and mental limitations.

Olga Fedorova (b. 1980) was born in Moscow, Russia and currently lives and works in Brussels, Belgium. She received her M.A. in painting from ENSAV, Brussels. Since 2017, her work has been represented by Annka Kultys Gallery. Olga Fedorova’s work, will be presented this September at the Künstlerhaus, Halle für Kunst & Median in Graz, Austria.

Her works and projects have been the subject of solo and group exhibition in galleries and museums across Europe. Most recently, her work has been included in the group exhibition Future Love. Desire and Kinship in Hypernatureat Haus der Elektronischen Künste in Basel, Switzerland; Escaping the Digital Unease (curated by Domenico Quaranta) at Kunsthaus Langenthal, Switzerland. In 2018, the artist presented a solo show, Short Term Memories, at Annka Kultys Gallery, London, UK (2018); She Lives in You, Charlot Gallery, Paris, France (2018), Generic Jungle at Annka Kultys Gallery, London, UK (2016); The Inevitability of a Strange World, at Liebaert Projects in Kortrijk, Belgium (2016), as well as a virtual solo exhibition at offspace.xyz. Fedorova’s video works have been also included in virtual exhibitions for The Wrong Biennale, DaDa Club Online, Felt Zine, and Blockedart.com. 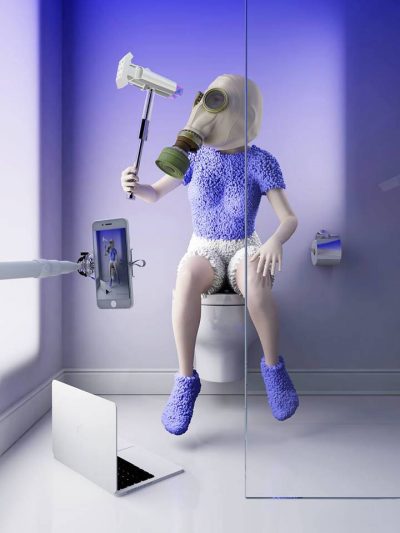