Of Foxes and Ghosts

Of Foxes and Ghosts 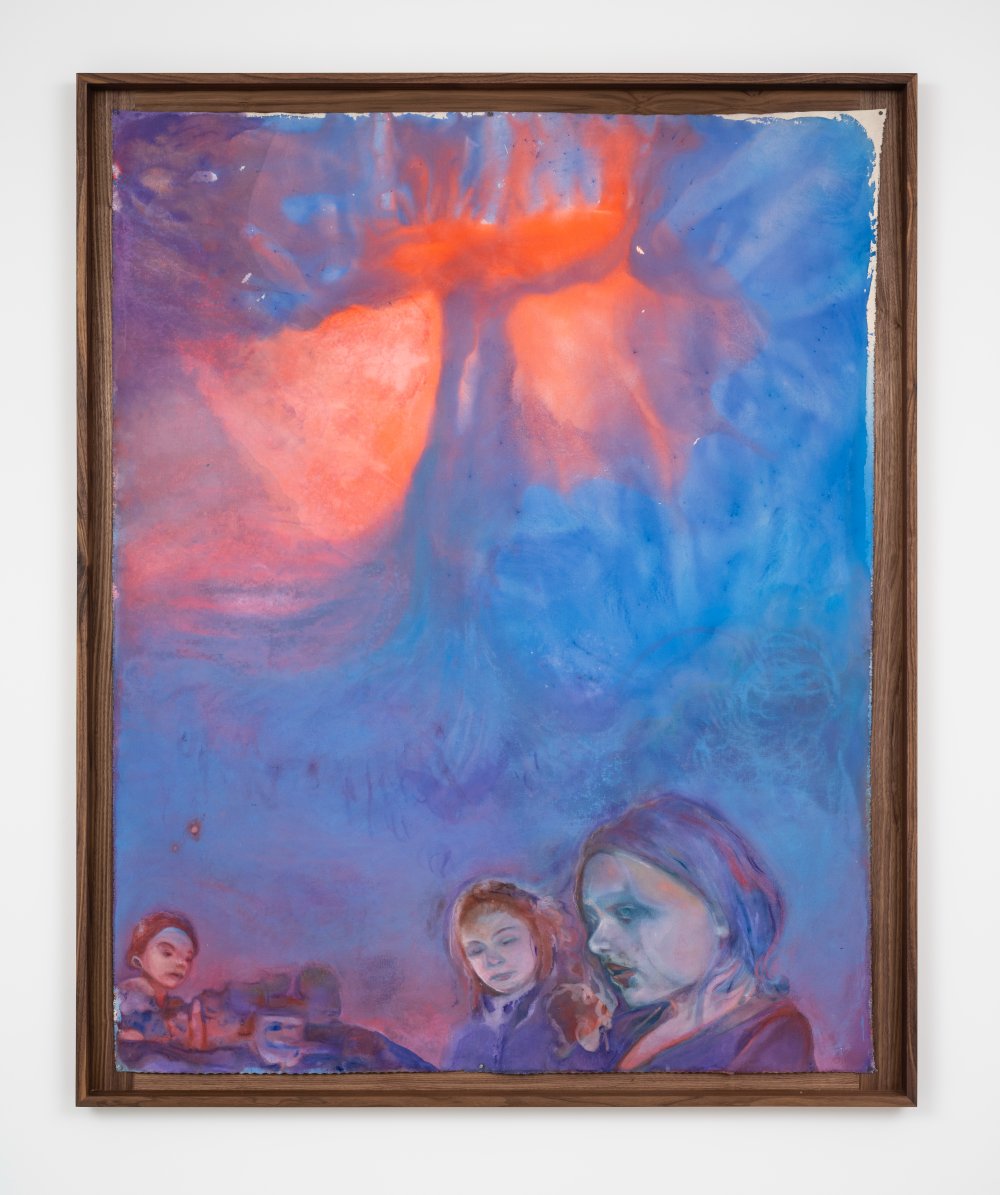 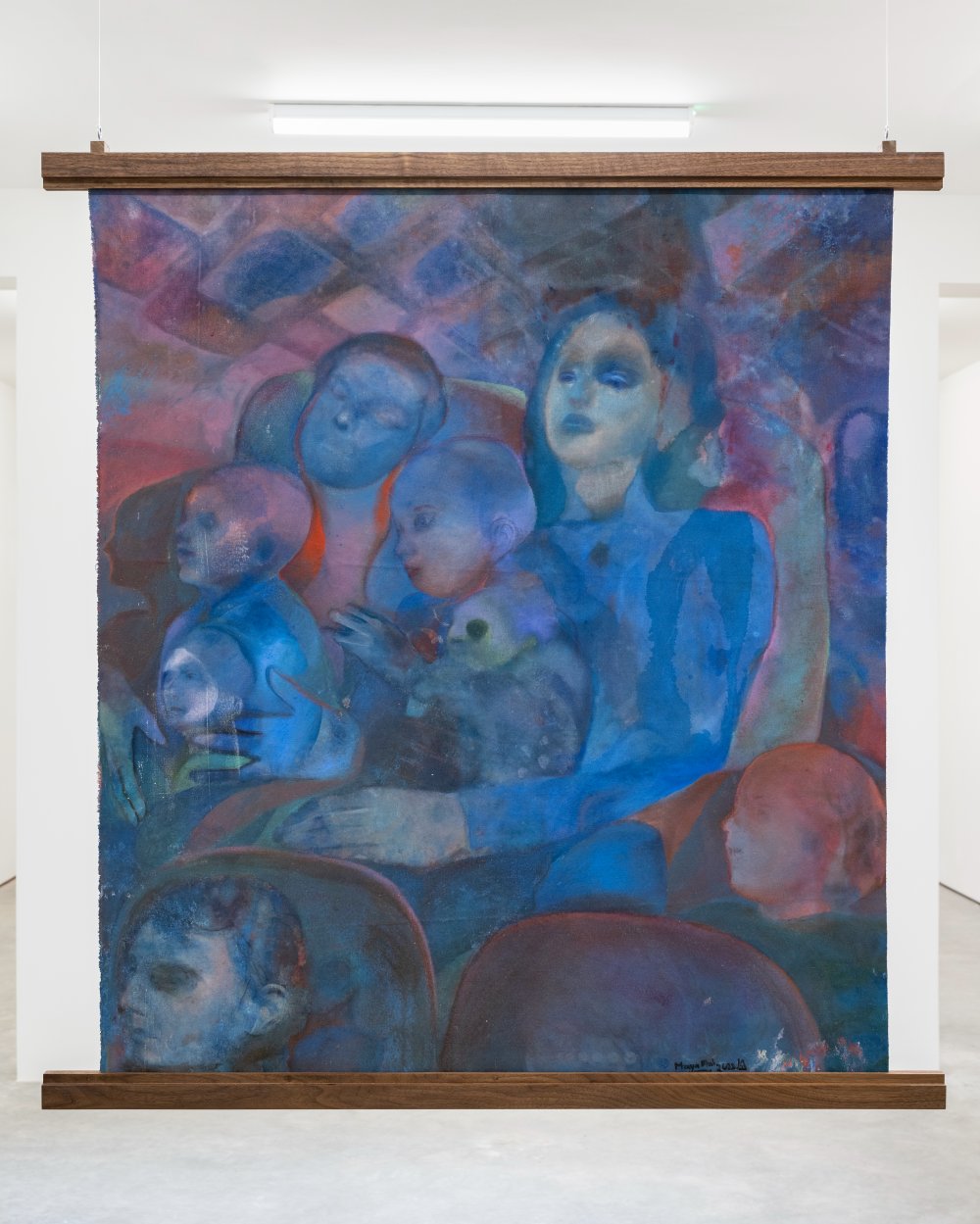 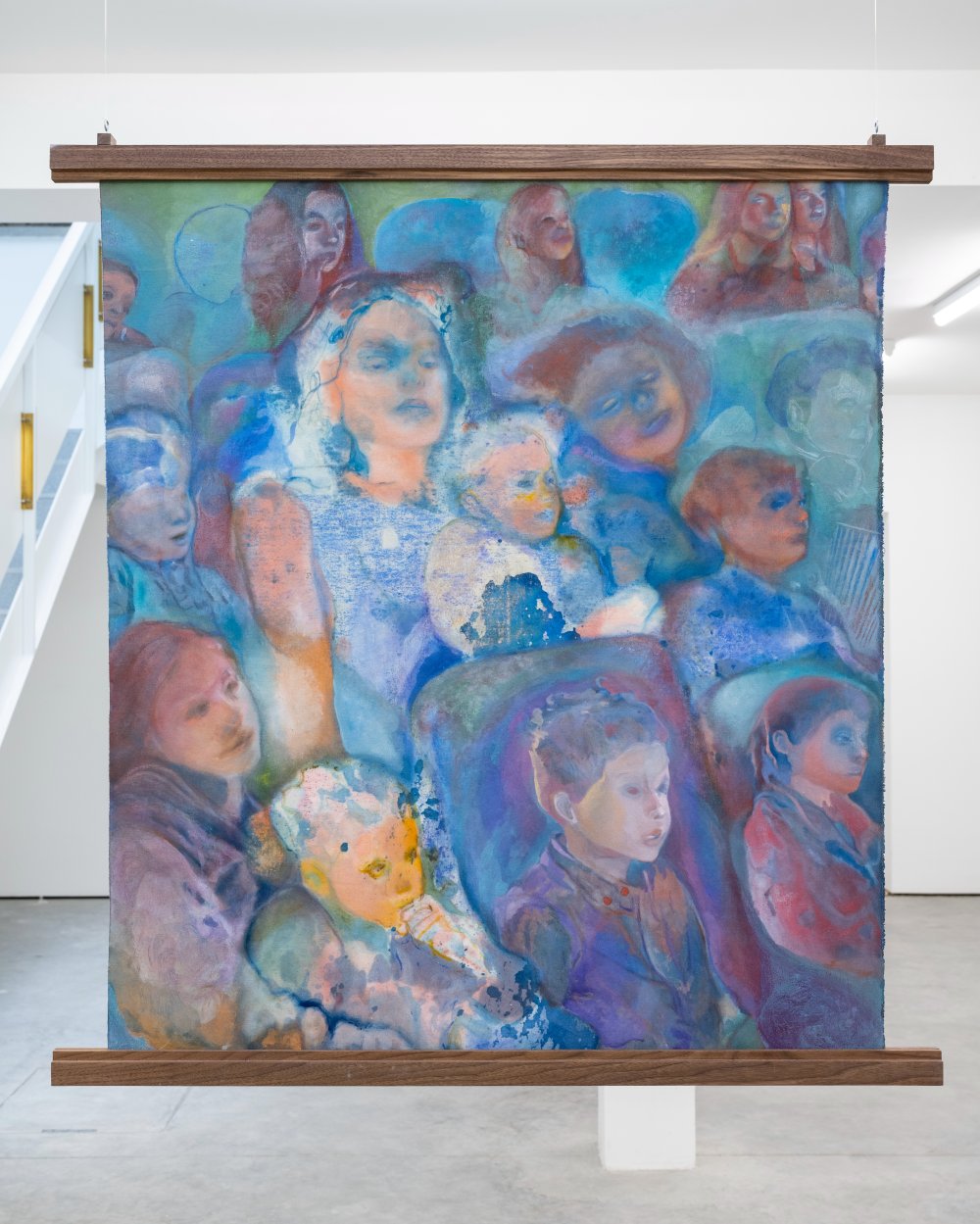 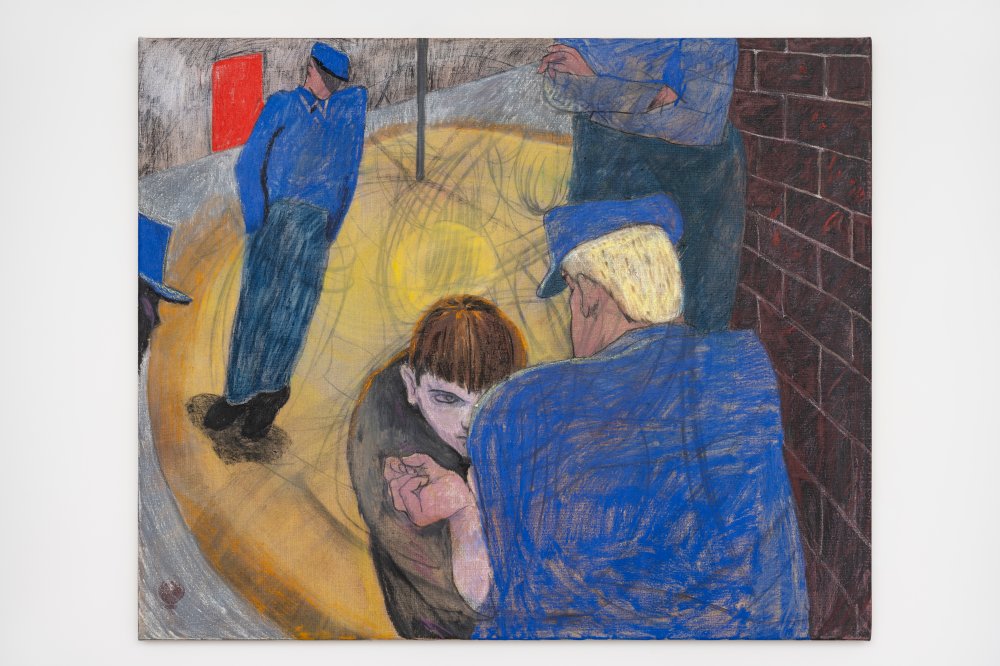 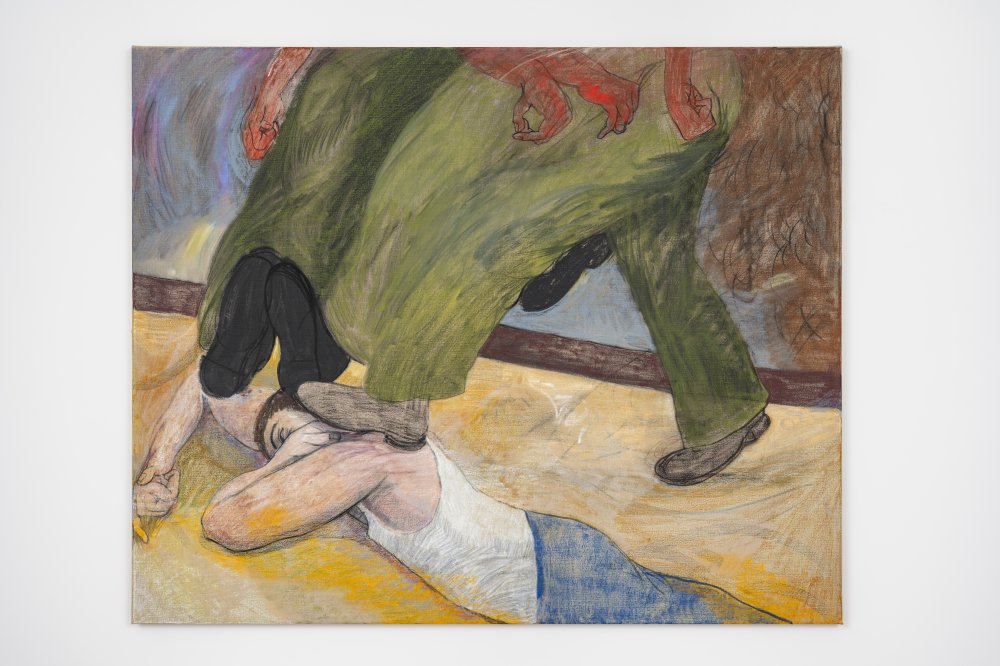 Henry Curchod
Being Good To Those Down Stream, 2022 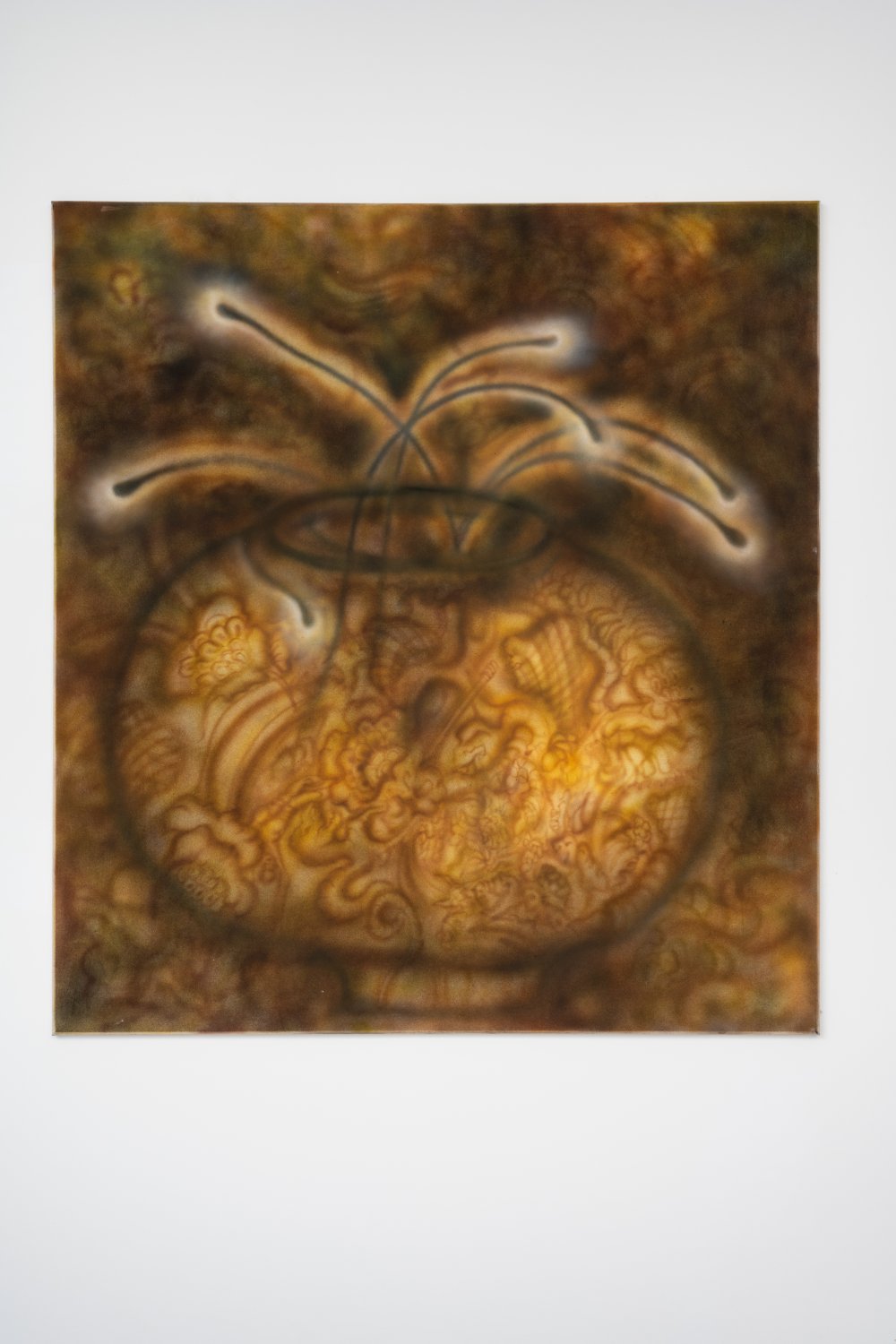 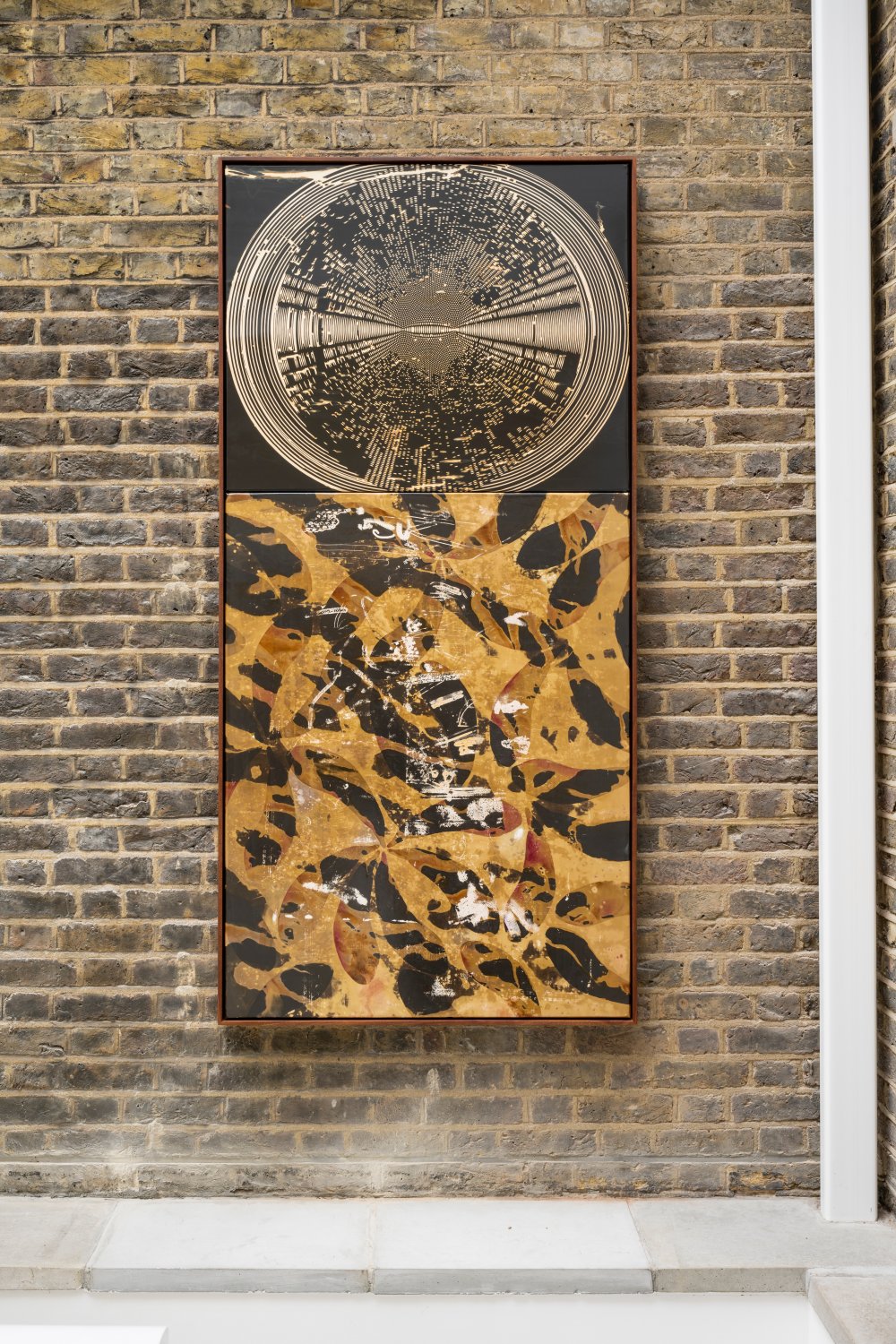 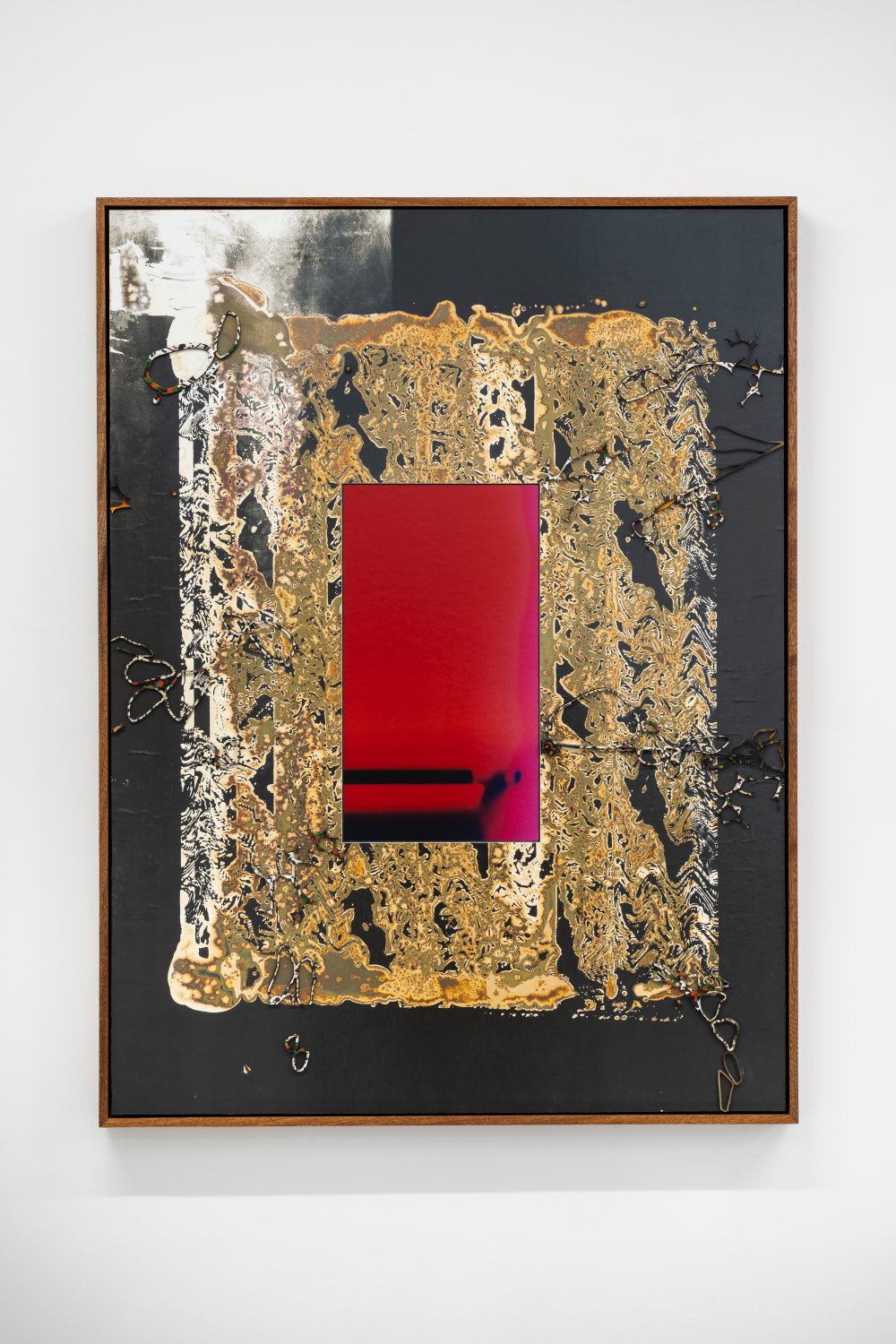 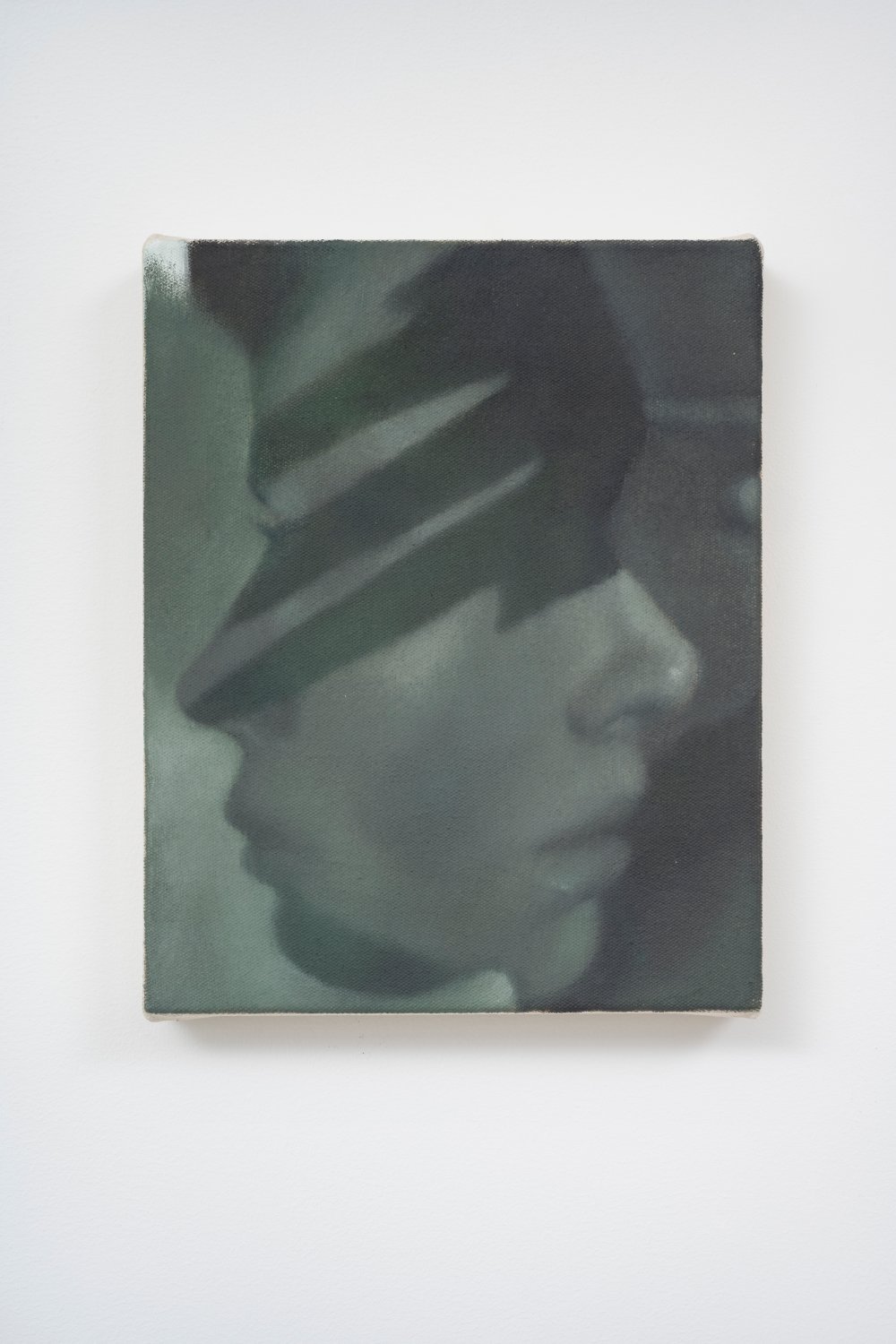 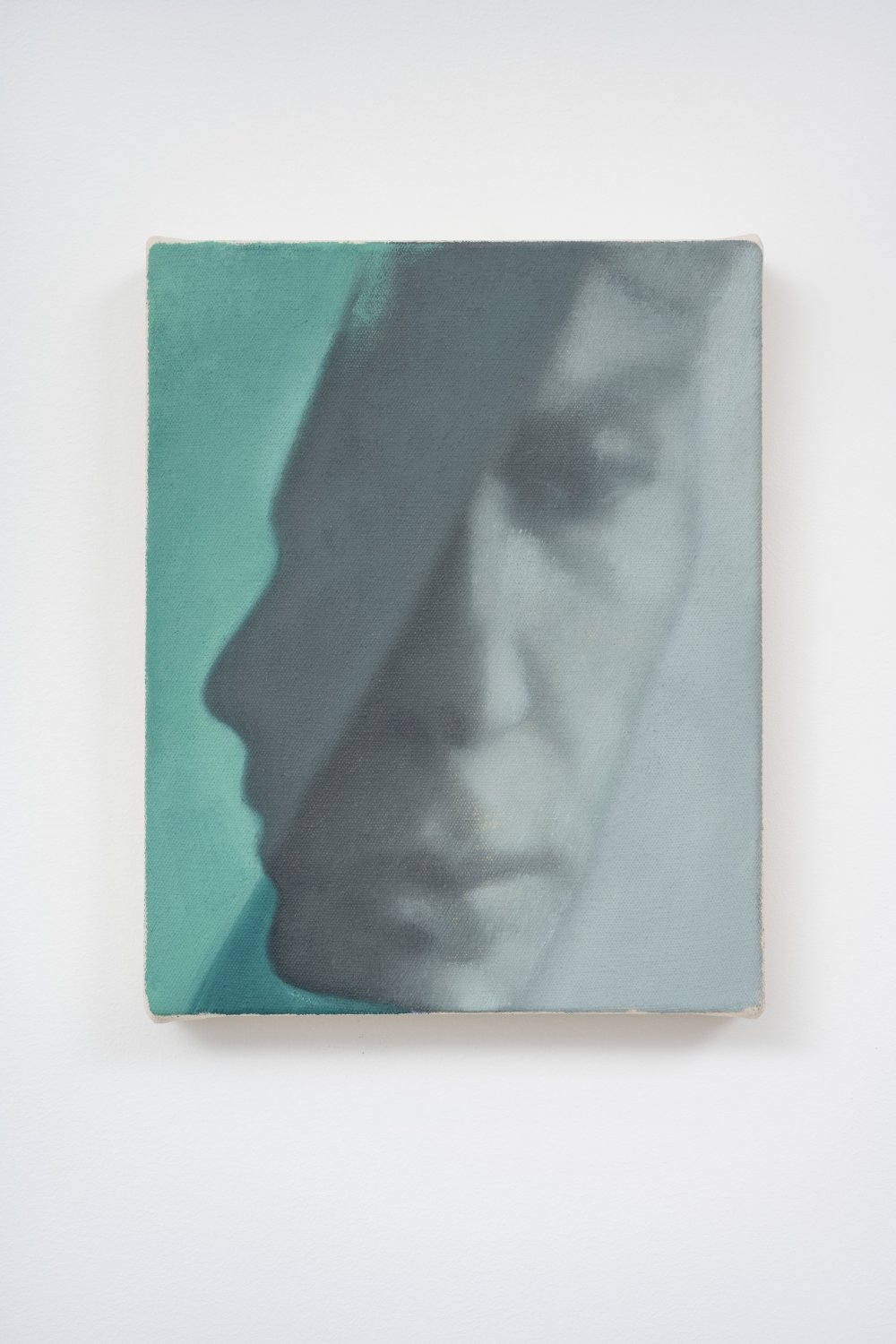 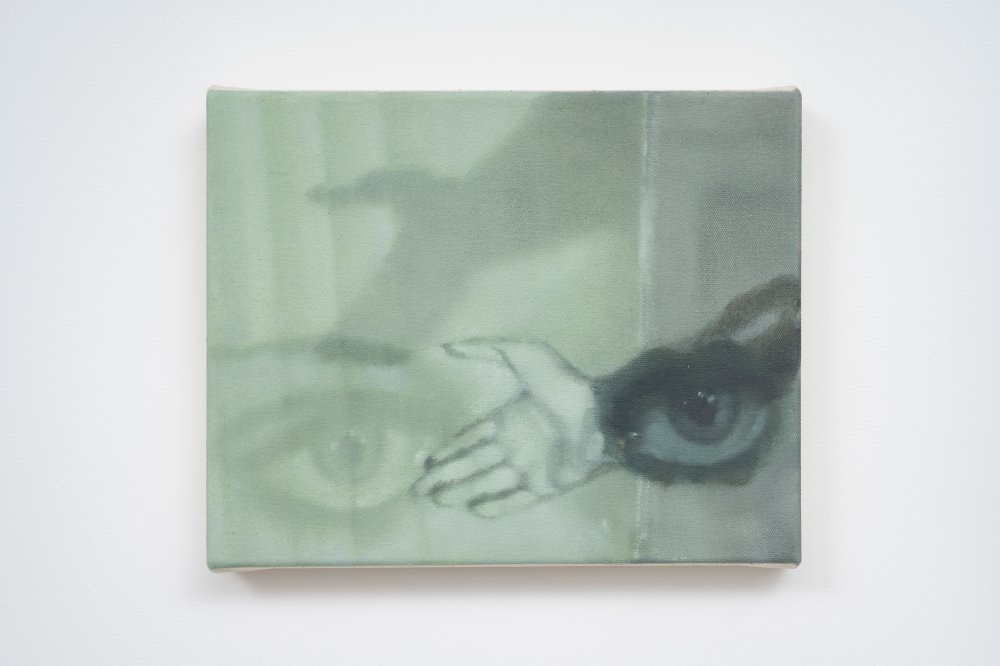 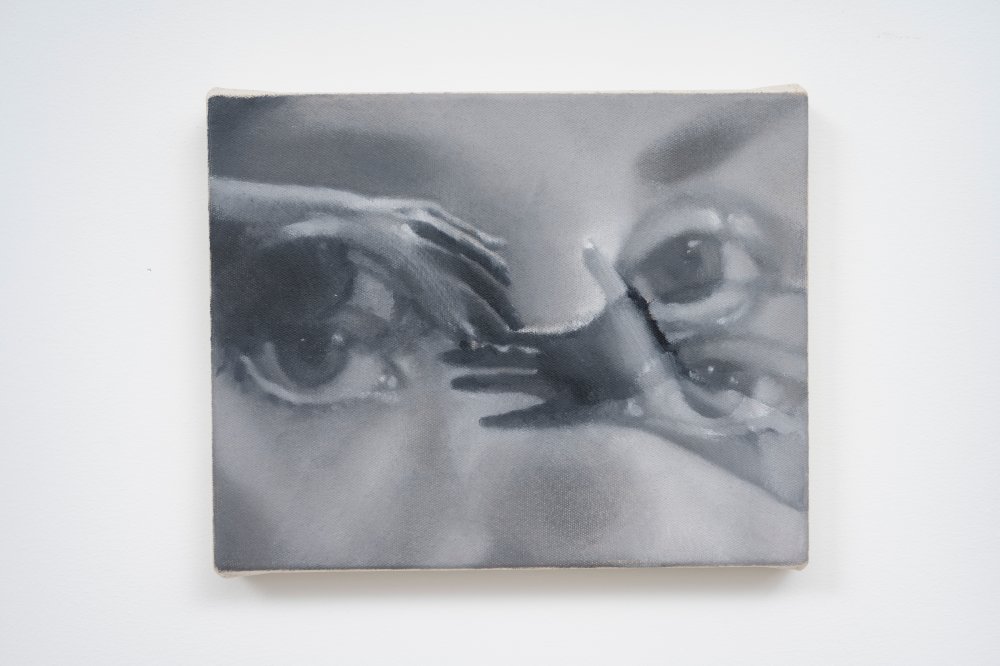 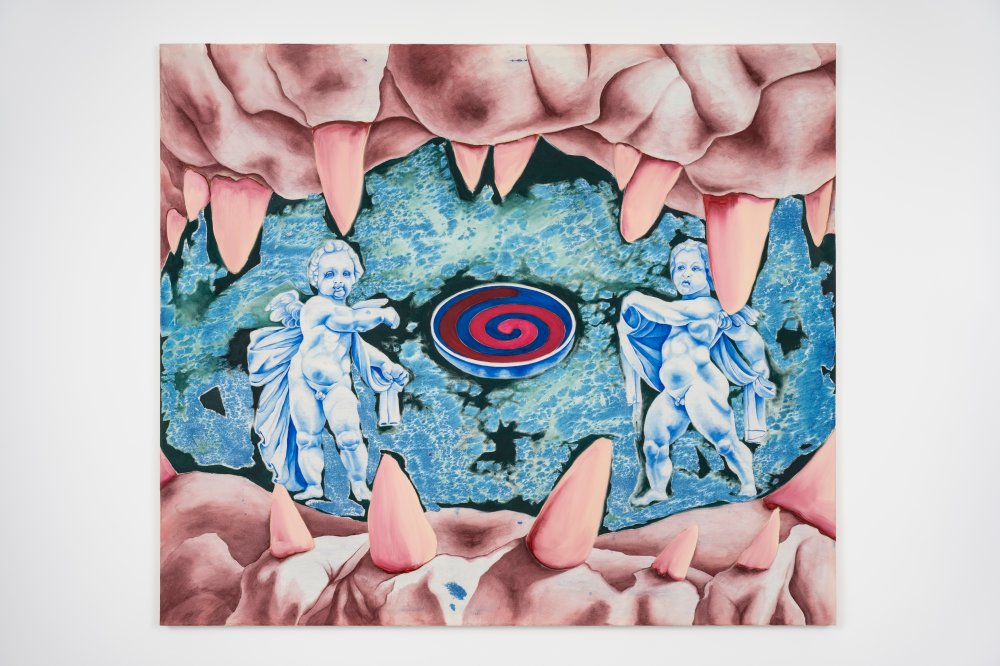 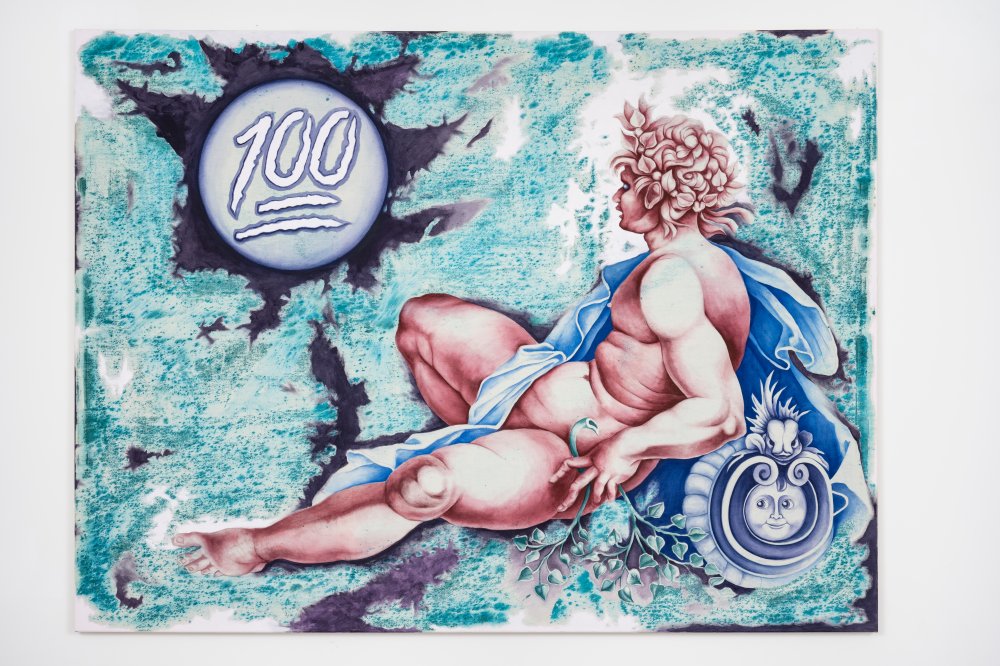 Maciej Nowacki
Eyes on the Prize, 2022 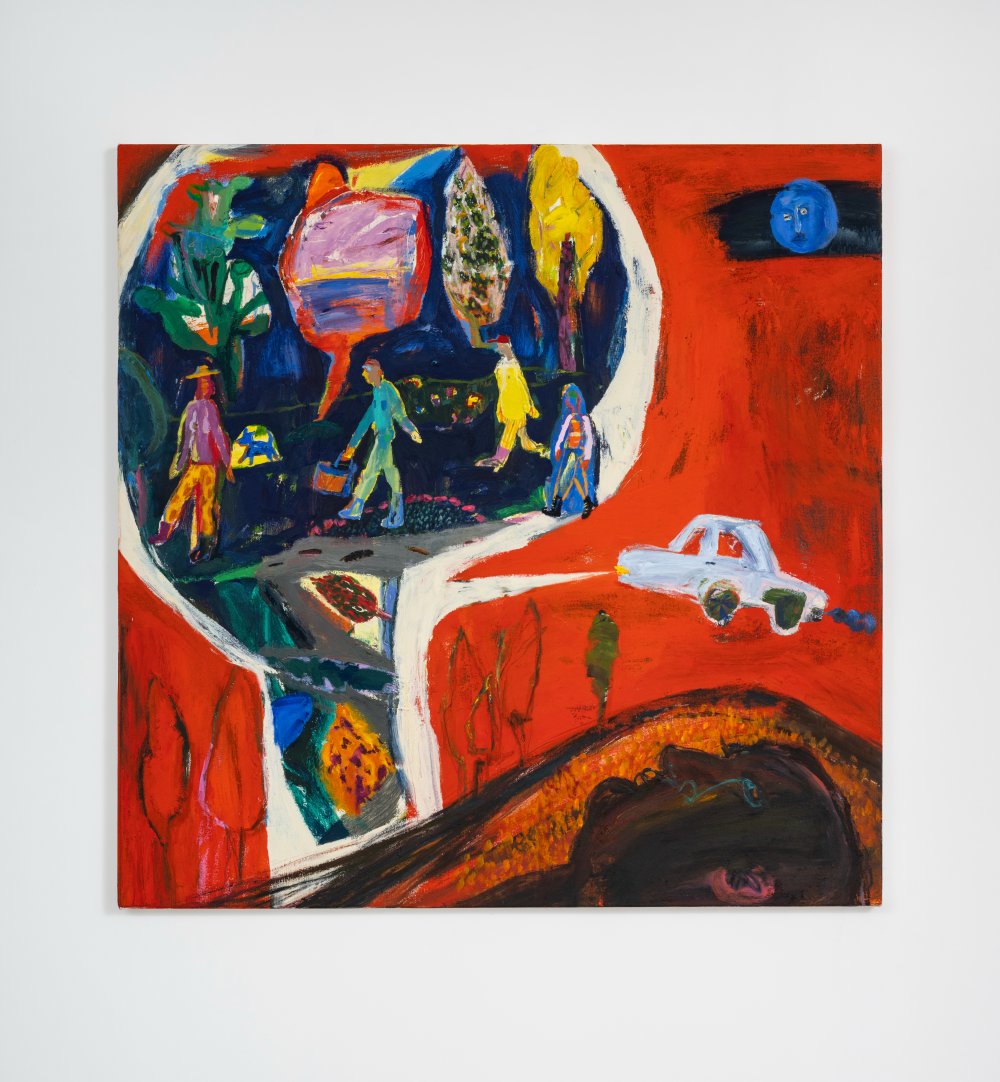 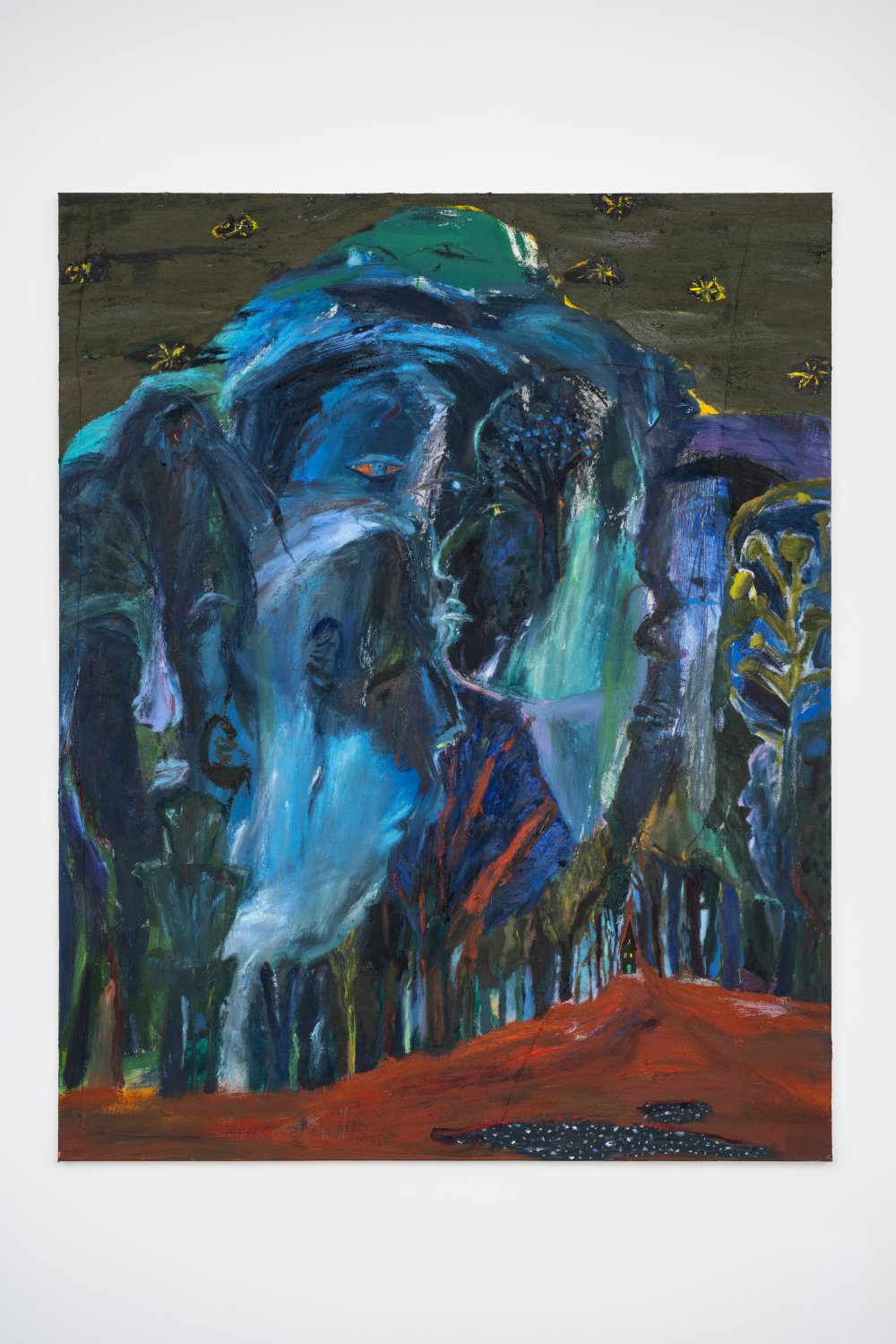 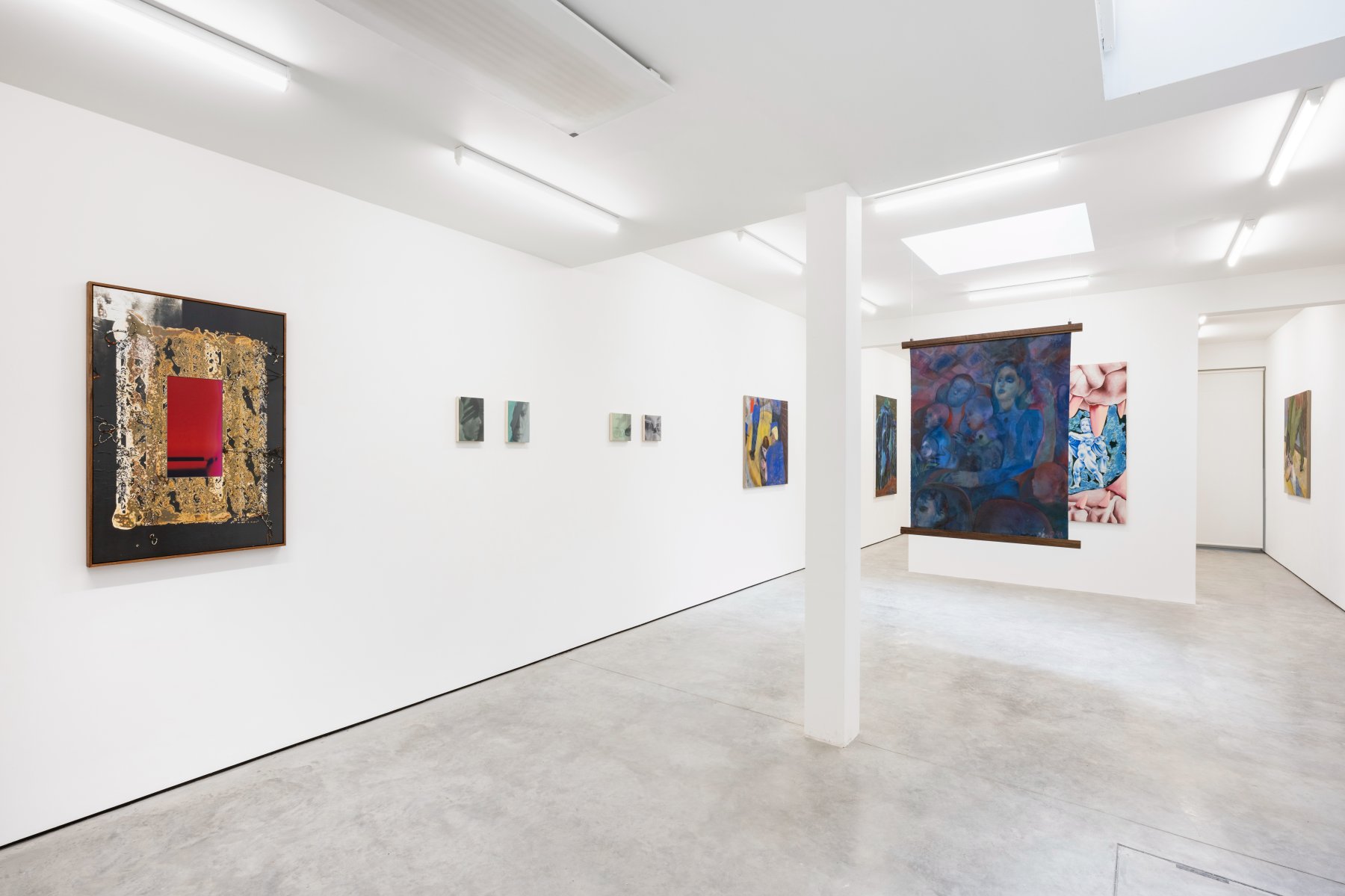 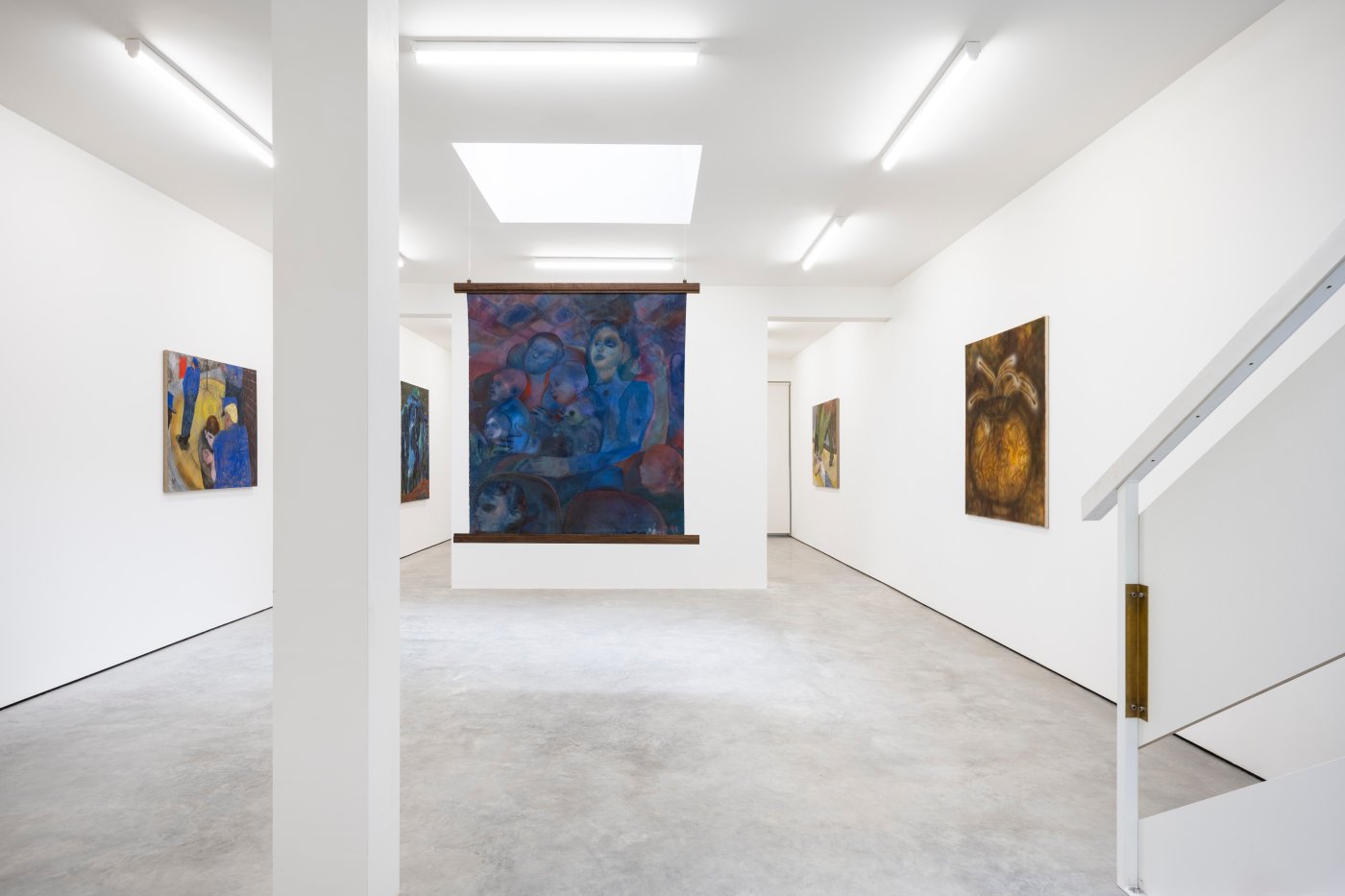 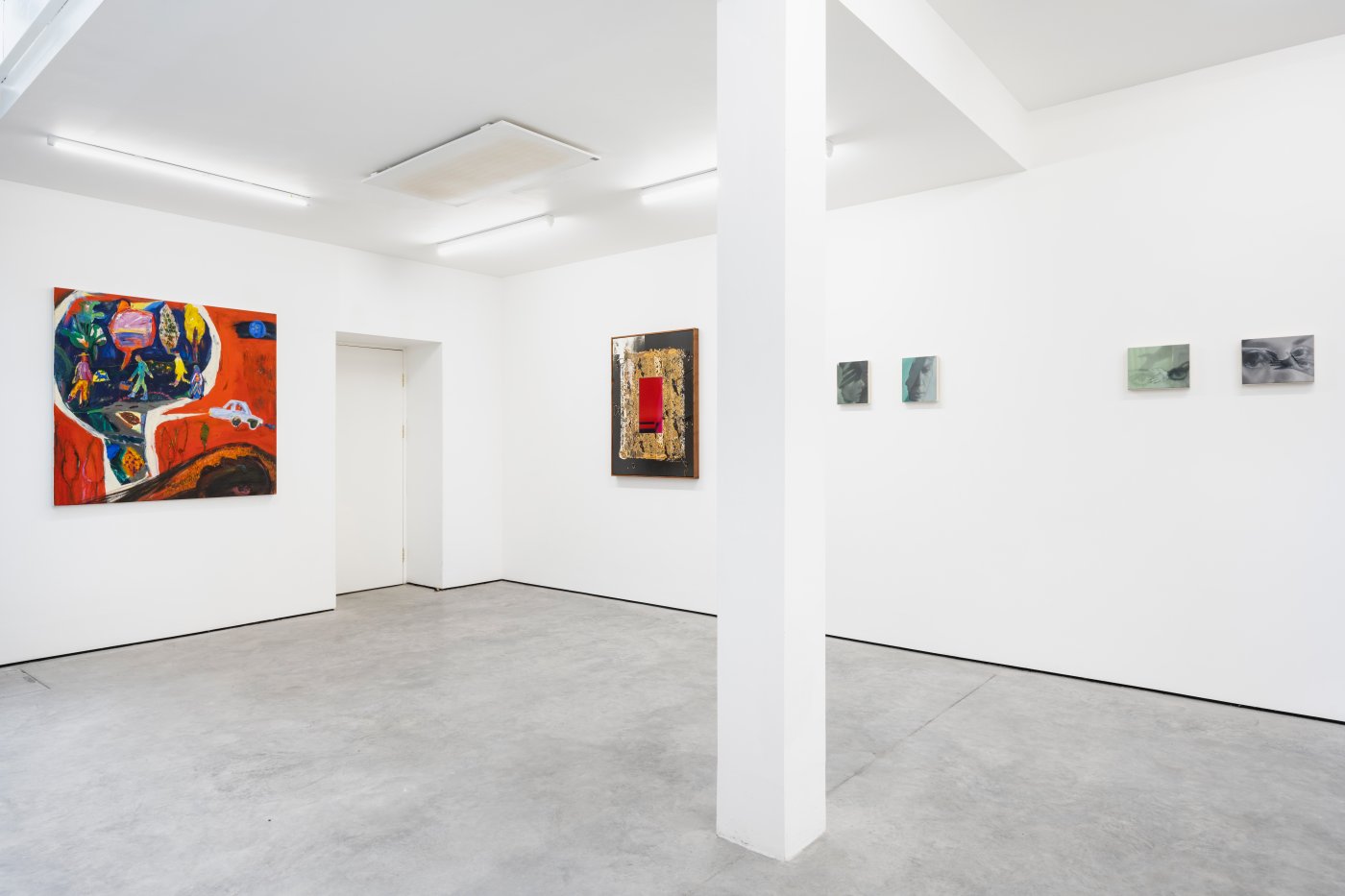 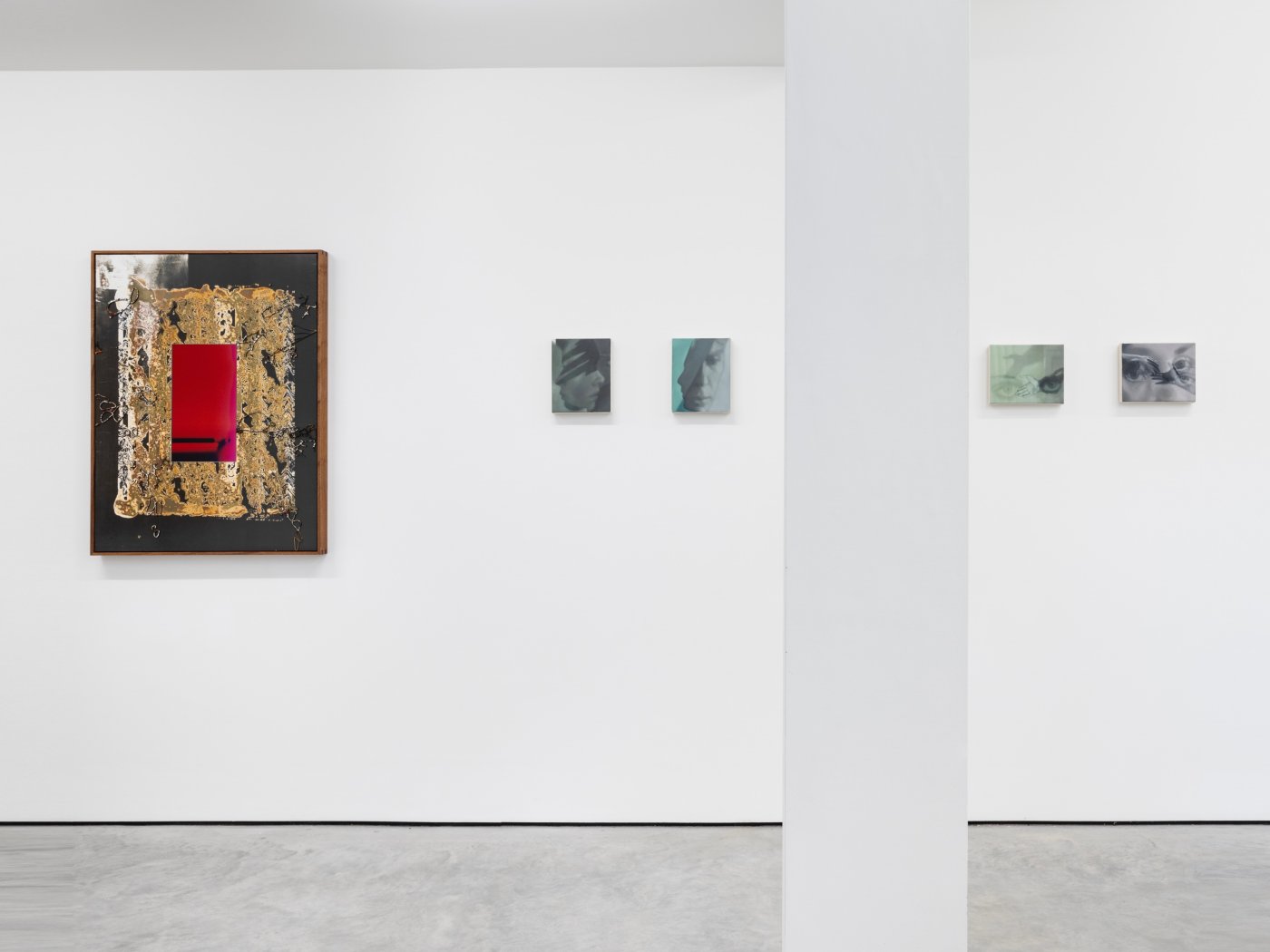 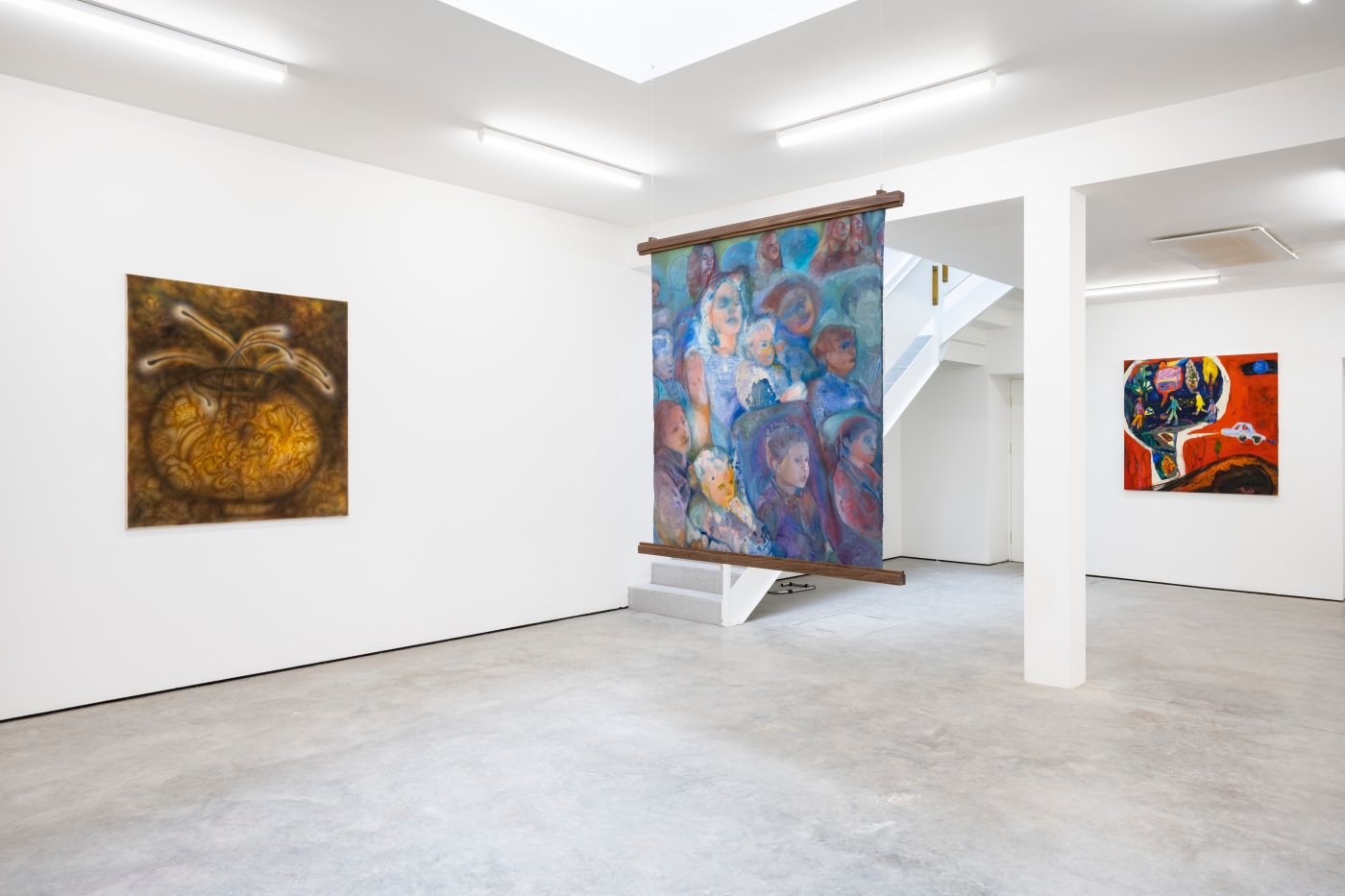 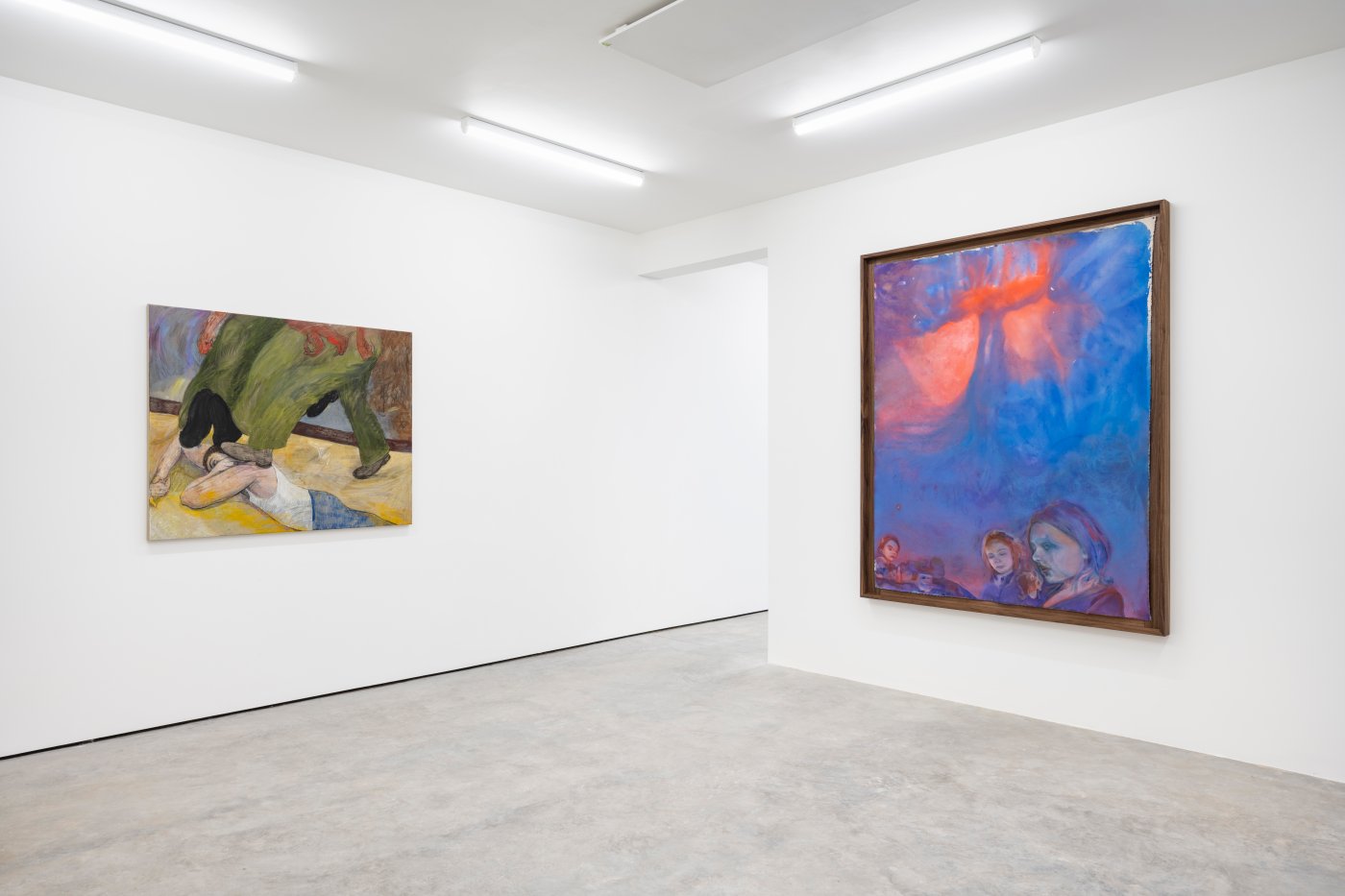 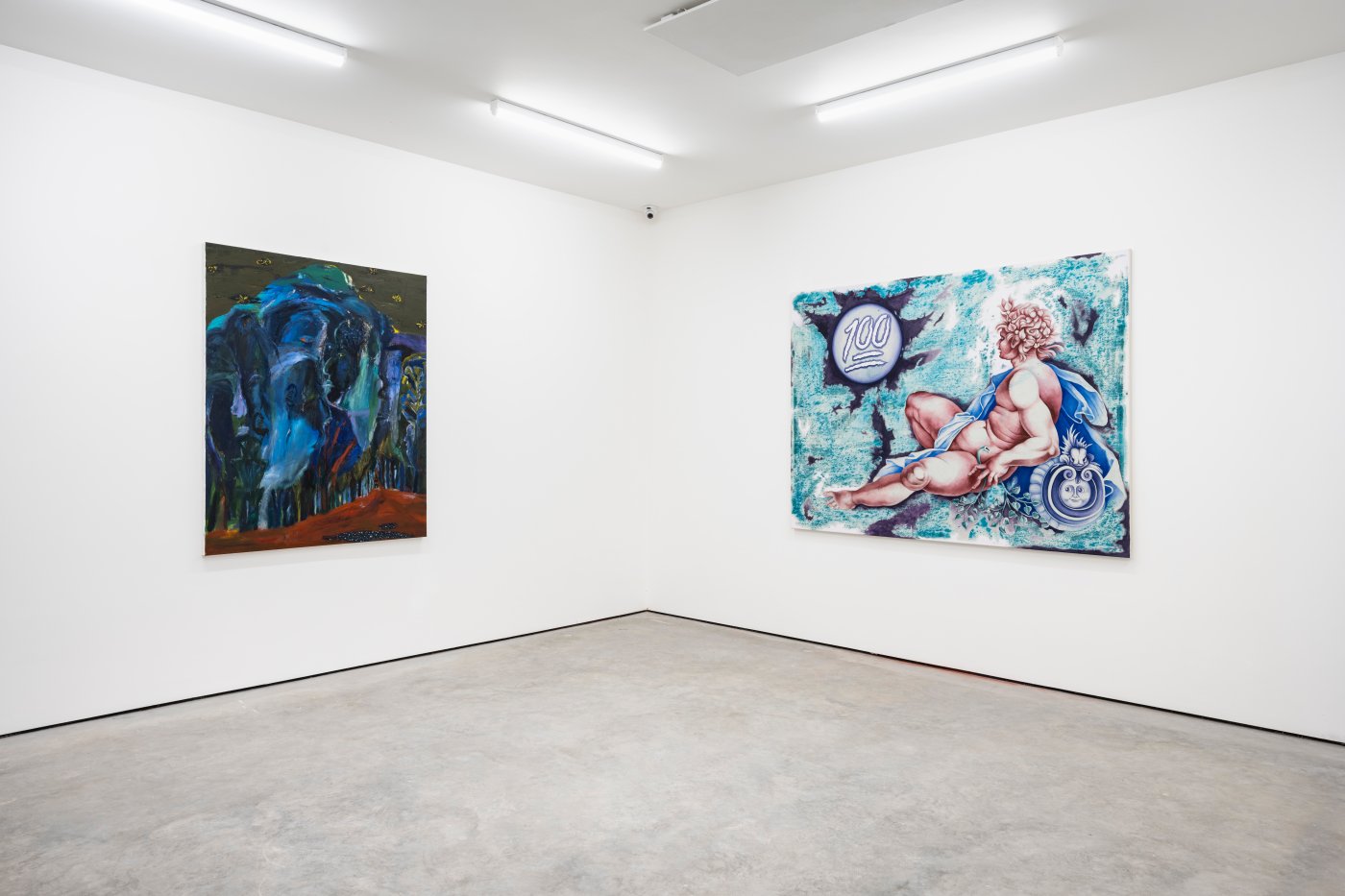 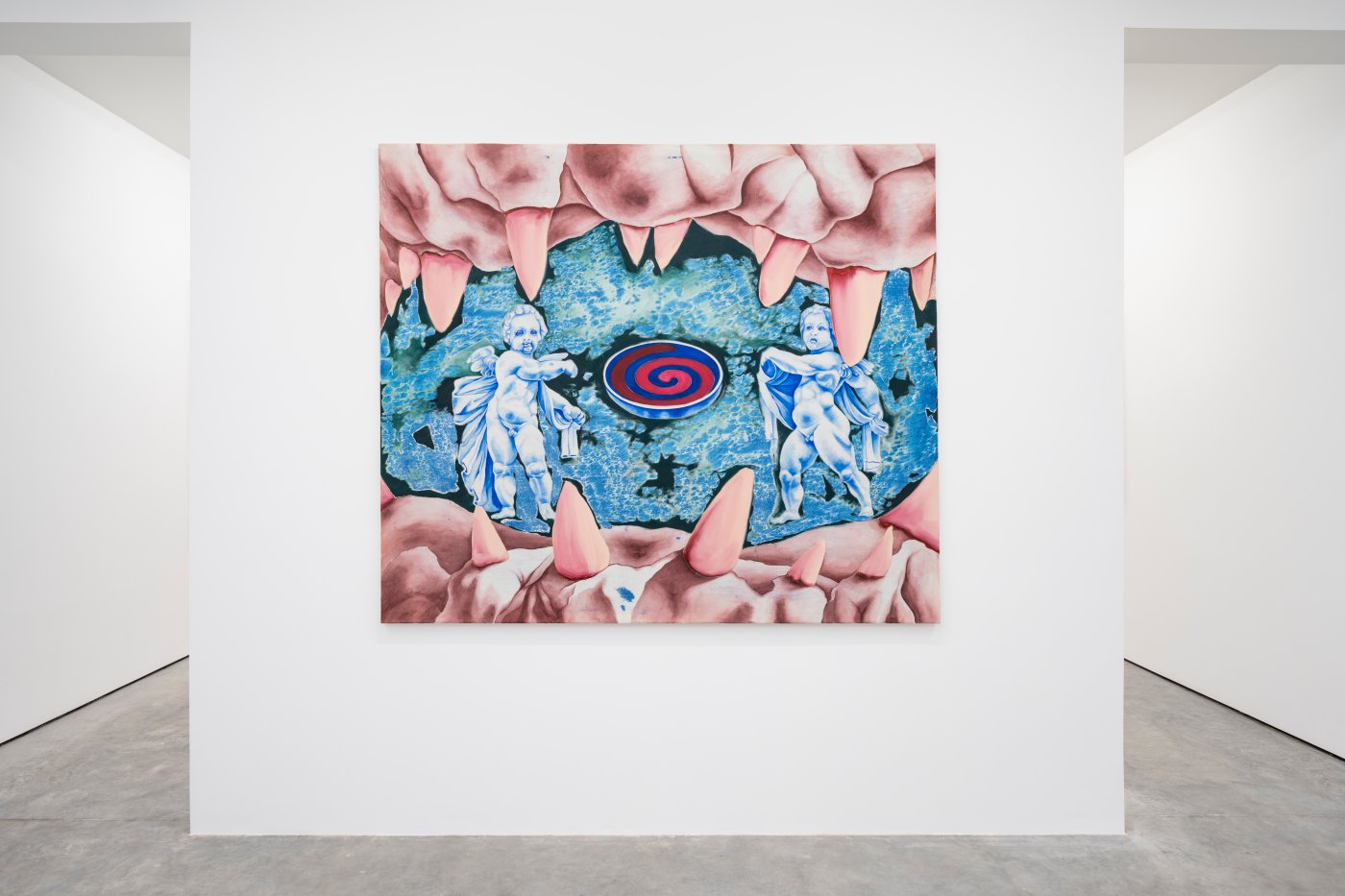 Once upon a time, in a not-so-far-away land called The West (a.k.a. Europe), a few talented
artists became invested in a ‘new’ artistic language known as Abstraction (1). Encouraged by previous experiments led by Fauvists, Romanticists, and Impressionists before them, this new generation of artists was breaking ties with centuries of continental figurative tradition. Alongside Expressionism, these cousin styles allowed for something that, historically speaking, had been rather overlooked: self-expression. Now seen as a way to transcend reality, art in the West was turning to look inwards.

Of Foxes and Ghosts is inspired by Pu Songling’s Strange Tales from a Chinese Studio, a series of tales wherein spirits, ghosts and foxes represent the human vices as witnessed by the author in his contemporary society. This literary gem shows the power of metaphors in understanding and critiquing reality, a strategy shared by all the seven artists currently showing at MAMOTH.

Maya Bloch’s paintings are inhabited by ghastly entities enacting scenes drawn from both the artist’s memories and her imagination. Maya started painting as an autodidact over 17 years ago, following the birth of her twin kids. Departing from abstract backgrounds, the artist’s process involves working her canvases on both sides, pouring colours whilst beginning to draw her characters only at a later stage. The results of this Rorscharchesque game generate cinematic and powerful images, even when the subject is an apparently uneventful scene, like a picnic. This is notably due to a clever game of perspectives and composition, as well as the intense palettes with blues, purples, reds and forest greens which concur to create a crepuscular and immersive atmosphere.

Born in America, and based in Australia, Henry Curchod is the son of Kurdish-Iranian and Anglo- American parents. The subjects of his most recent works are people suspended in the middle of performing ambiguous actions – a hug turns into fighting, running becomes a chase. Each scene seems to form heightened states of apprehension, not only because of the actions depicted but also for the artist’s nervous gestuality and the traces he leaves on the canvas. Such marks coexist with patches of intentionally thick matte paint, contributing to bring together the solid presence of these agitated bodies and the fluctuation of an instant that will never repeat itself. Henry’s strokes of oil on linen create images that reflect on his own cultural background as well as on the visuals shared by the media, opening up windows to shed light on an increasingly doubtful present.

As the world has become heavily dependent on technology, with 3D printing being capable of generating replacements for pivotal human organs, ideas of immortality and the values implied therein have made a come-back. Kiev-born artist Veronika Hapchencko has devoted her practice to the exploration of Eastern European avant-garde and its quest to bring the world to a new dimension. Her paintings evoque an unidentified matter as well as fluid-like shapes that blur the distinction between organic and artificial. Her quasi-abstract canvases bring together acrylic paint and ink to create a catalogue of strange new objects that look as if coming from a strange future. A future where understanding necropolitics (the politics of who gets to live and who gets to die, and how) seems to be one of the greatest priorities of all.

Image-making and the technologies involved in such a process are also points of departure for Antonia Kuo, who uses photographic techniques as well as print-making, painting and sculpture as part of their practice. The resulting artworks are hybrid in-betweens, in both form and matter. They are abstract images that take up space whilst celebrating chemical euphoria. Antonia’s creations exist through ionic bonds, oxidations, burning, in a search for new visual and procedural vocabularies. The works created for the show are totem-like wood panels comprising paintings on light-sensitive gelatine (a process which allows to ‘paint’ with light), originating images which look oddly familiar and foreign at once, just like an AI’s dream.

Ghosts and spirits are liminal entities, in-between beings, journeying across the tangible and the realm of shadows. They are seldom recognised as being ‘physical’ but their powers can abruptly intervene in the lives of humans. The continuous Covid-19 pandemic and the necropolitics it has enabled; the invasion of Ukraine, Palestine and the wider imbalance in the global distribution of power; the abstract laws determining the fate of those bodies who migrate; the climate collapse: these are only a few of the mingling agents at play in our society.

Julia Maiuri’s works are small, intimate portraits of distant people fading into an unknown background. In observing their transient gestures, one feels as if looking from behind a curtain of silk. Julia’s archive of personal and found images is the starting point for the construction of an almost obsessive journal where sensations temporarily lodge on the narrow space of the canvas. The escapist nature of her work leaves room for improvising narrations, wondering about the relationships between the figures in desaturated, almost monochrome paint. Fake scenarios and dreams could open up a whole array of biases, beliefs, and conjectures in enough amounts to suddenly realise that reality isn’t much different.

Similarly to Julia, Warsaw-based artist Maciej Nowacki also craves for a redistribution of meanings and is engaged with the exploration of contemporary gods and the creation of new mythologies. In his acrylic and oil paintings, one can recognise michelangelesque putti and people depicted in colours historically associated with wealth and prestige since the Renaissance (lapislazuli blue, carmine red). These share the space of the canvas with emoji-like decorations in a bizarre tirpude of symbols hinting at the values of an economically-driven society. Maciej uses the language of Old Masters with strategies that resemble graphic design and advertisement, blurring the boundaries between ‘serious’ art and pun, thus playfully questioning the current condition of the world.

Areum Yang’s highly introspective new body of works (realised since the beginning of the pandemic) provide the artist’s outlook as a person of colour living far away from home in a highly racist society at a time where specific ethnic groups are particularly vulnerable. At a first glance, Areum’s paintings might appear cheerful because of the vibrant colours used. However, after
a closer look, the ghost-like figures depicted start to appear alienated from the context they inhabit, and the space around them appears so huge as if ready to swallow them — or not. The environments created by juxtaposing a mixture of dry and wet materials, charged by strong, gestural strokes on the canvas, feel both eerie and tranquill, contemplative, as if the artist herself could not quite resist the call of a potential threat, of loneliness, and the vast unknown in front
of her.

1. Abstraction has been a way older trope in many artistic traditions outside of Europe: East Asian artists living in the 8th century such as Wang Mo (王墨) already acknowledge the term. Islamic art, which is founded on a centuries-long tradition of not representing anything human, is also heavily dependent on such language.

Copyright and courtesy of the artists and MAMOTH, London. Photo: Damian Griffiths