Nunzio: The Shock of Objectivity

Nunzio: The Shock of Objectivity

“When you are confronted with the work of art, either you feel that it is it, or it leaves you soulless …” Nunzio.

Mazzoleni presents The Shock of Objectivity, curated by Kenneth Baker. This is Nunzio’s first solo exhibition in London and displays a series of grand and imposing sculptures spanning from the late eighties to the most recent years, which reveal his inventive and inspiring approach to form. 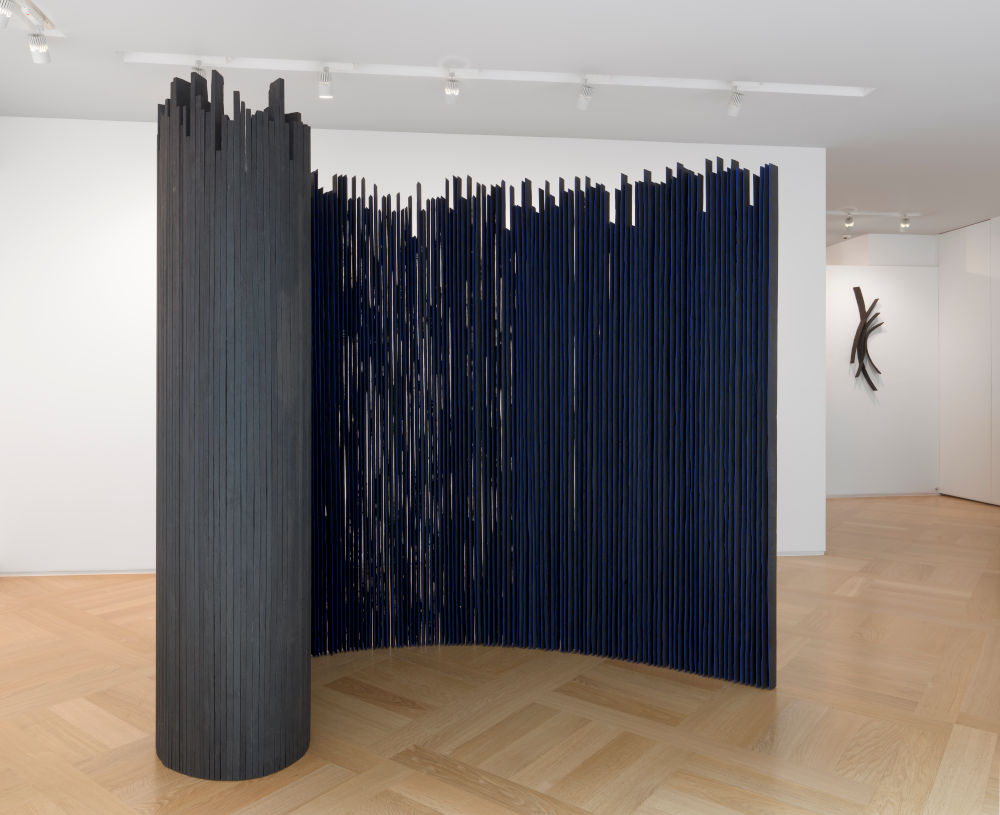 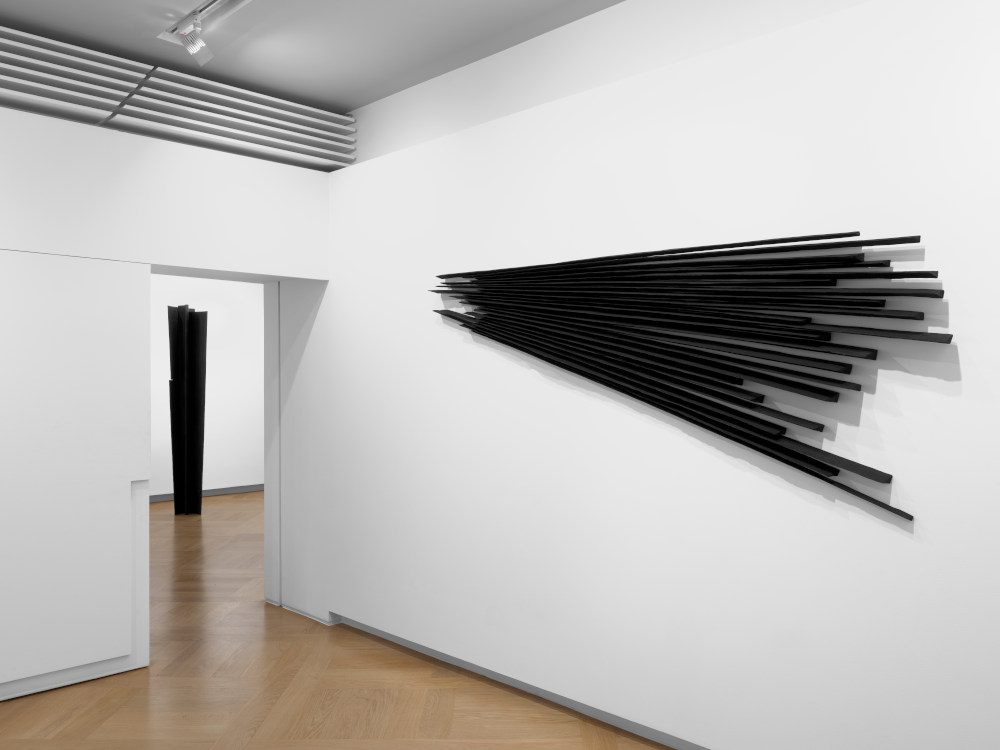 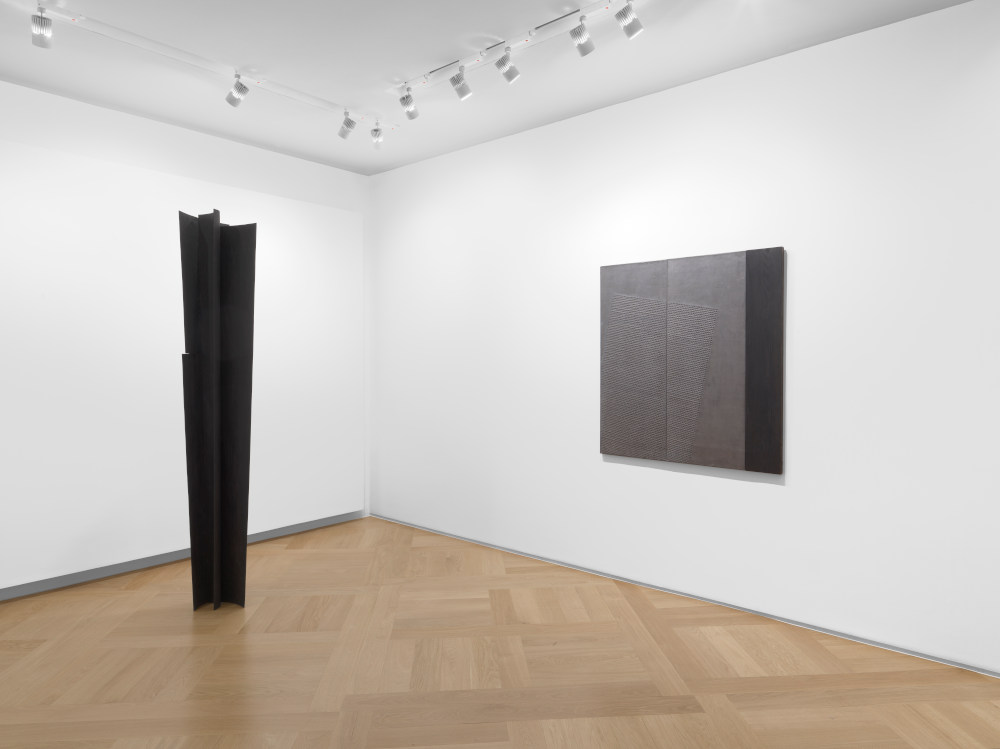 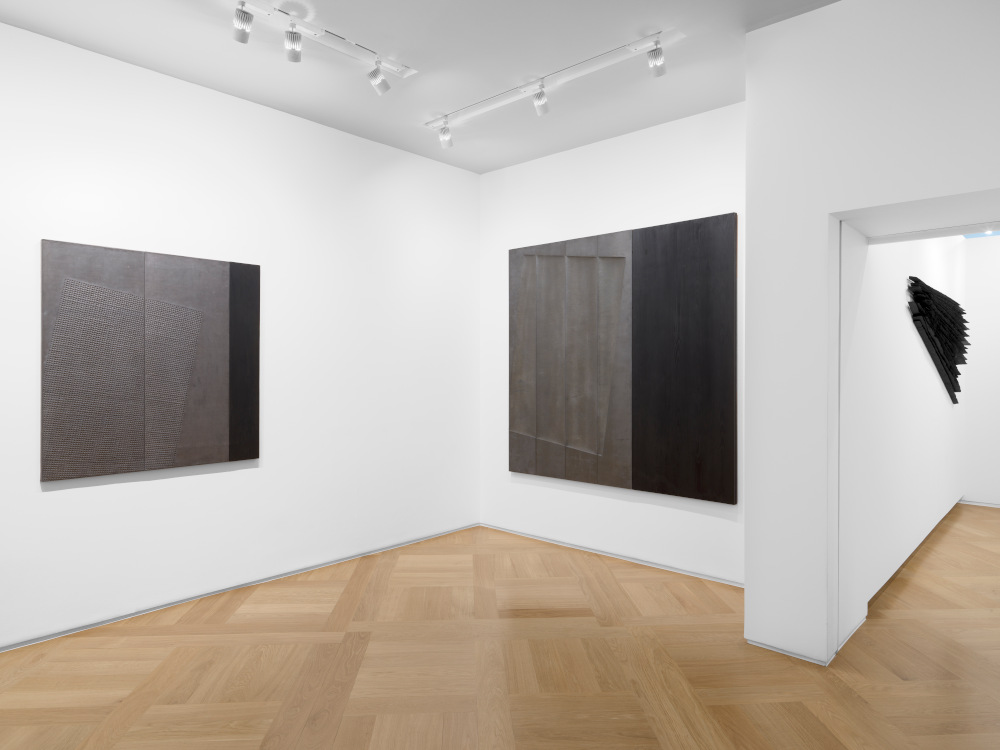 From the beginning of his career, Nunzio played an instrumental role configuring a different vision of sculpture structured around his personal conception exploring the language of shape and its interrelation with space. Thus, he pushed the boundaries of appearance – the results being magnificent architectural works interweaving substance, body and void in a stunning balance of rhythm.

Throughout his artistic research, Nunzio develops a dialogic and personal relationship with culture and history, praising a subtle and filtered approach to the past. In his work the artist sets up a pugnacious action between weight and lightness, creating a strong contrast within the material itself thus unfolding and enhancing a hidden sense of transparency: “velando e disvelando”. Veiling and unveiling, the key trope of Dante’s metaphorical probing the limits of representation, breaching the confines between light and obscurity; this is the approach embraced by Nunzio and conveyed in his work into an authentic form of visual expression. Nunzio tests the physicality of the material, modifying and reversing its perception by shifting its contingency. His dominant use of the colour black refers to alchemy, metamorphosis, explosions, breakdowns and transformations.

Combusted wooden sculptures and imposing lead works will frame the main body of this exhibition. As Kenneth Baker, curator and art critic comments: “Inertia – motionlessness, refusal to acknowledge spectators’ presence or their responsiveness, throwing even trivial occurrences in its vicinity into dramatic relief – these are powers that Nunzio has claimed for his own purposes. He has not sought an ultimate simplicity, but through the technique of scorching affirmed, with a paradoxical stubbornness, the transience of his sculptures, ourselves, and everything we might connect with them. […] None of the intellectual gestures we have learned to position ourselves emotionally or conceptually with respect to sculpture can quell the shock of objectivity with which Nunzio’s work bids to present us.”

The exhibition will be accompanied by a catalogue which includes an essay by curator and art critic, Kenneth Baker, and an interview with the artist by Jutta Mattern, curator of contemporary art at the Arp Museum Bahnhof Rolandseck.

Nunzio Di Stefano (born in 1954 at Cagnano Amiterno in the province of L’Aquila) studies at the Fine Arts Academy of Rome, and graduates in the course held by Toti Scialoja. In 1973 he sets up a studio at the former Pastificio Cerere, in the Roman area of San Lorenzo, where Bruno Ceccobelli, Gianni Dessì, Giuseppe Gallo, Piero Pizzi Cannella and Marco Tirelli would also work. After his first solo show in 1981, at the Galleria Spatia in Bolzano, in 1984 he exhibits large size sculptures in plaster at the Galleria L’Attico in Rome, presented by Giuliano Briganti. The same year Achille Bonito Oliva organizes the group exhibition Ateliers with artists based in San Lorenzo. His first American exhibition is held in 1985 at the Annina Nosei Gallery in New York. In 1986 L’Attico presents his first works in wood and lead. Some of these are featured in the same year at the 42nd Venice Biennale where Nunzio wins the 2000 Prize as best young artist. Solo show at the Galleria Civica in Modena in 1987 with works in plaster and burnt wood. Selected solo and group exhibitions between the end of the eighties and the early nineties: 1985: the Nouvelle Biennale de Paris; L’Italie aujourd’hui at the Centre National d’Art Contemporain in Nice; Nuove trame dell’arte at the Castello Colonna in Genazzano and Anni Ottanta at the Galleria Comunale in Bologna; 1986: Aspekte der Italienischen Kunst in various cities of Germany; the 11th Quadrennial in Rome and the 6th Sydney Biennial; 1989: Los Nuevos Romanos in Santiago de Compostela and Madrid; Prospekt ‘89 in Frankfurt; 1991: Roma interna, Museum Moderner Kunst Stiftung Ludwig in Vienna; 1992: 3rd Istanbul Biennial.

In 1995 Nunzio receives an honourable mention for his personal space at the Venice Biennale. First solo show in Japan in 1994 at the Kodama Gallery in Osaka, followed by participation at the 1995 Fujisankei Biennial. His sculpture Ombre at the Hakone Open-Air Museum wins the Prize for Excellence and is acquired by the museum. In the same year he is invited to hold a solo show at the Bologna Modern Art Gallery, in the Villa delle Rose spaces. In 1997 he shows his first works in bronze at the Galerie Alice Pauli in Lausanne where he will exhibit again in 2001 and 2010. 2000: a solo show at the Galleria Fumagalli in Bergamo; since 2004 he collaborates with the Giorgio Persano Gallery in Turin where he holds a number of solo shows. 2005: solo show at the Galleria dello Scudo in Verona, curated by Lea Vergine. In the same year and in the following: anthological exhibitions at the MACRO in Rome, curated by Danilo Eccher, and at the Belgrade Museum of Contemporary Art and at Zagreb House of Croatian Association of Artists, curated by Bruno Corà. 2012: solo show at the Museum Biedermann in Donaueschingen, Germany, presented by Norbert Nobis; in 2016 at Museo Riso in Palermo and at the Pinacoteca in Teora, Italy. In 2017 he was invited to exhibit his sculptures in an important group show, Ytalia, Forte di Belvedere and Palazzo Marino Marini in Florence. In 2018 Galleria Casamadre in Naples presents the solo show Nunzio–Giallo di Napoli Nero pece Blu cobalto. In February 2019, invited by Anna-Maria Ehrmann- Schindlbeck, he inaugurates Skiá at the Galerie der Stadt in Tuttlingen, Germany.
Nunzio currently lives and works between Rome and Turin.