Gallery Kogan Amaro inaugurates their gallery at the Löwenbräu art center in Zurich, presenting a solo exhibition with Nuno Ramos. 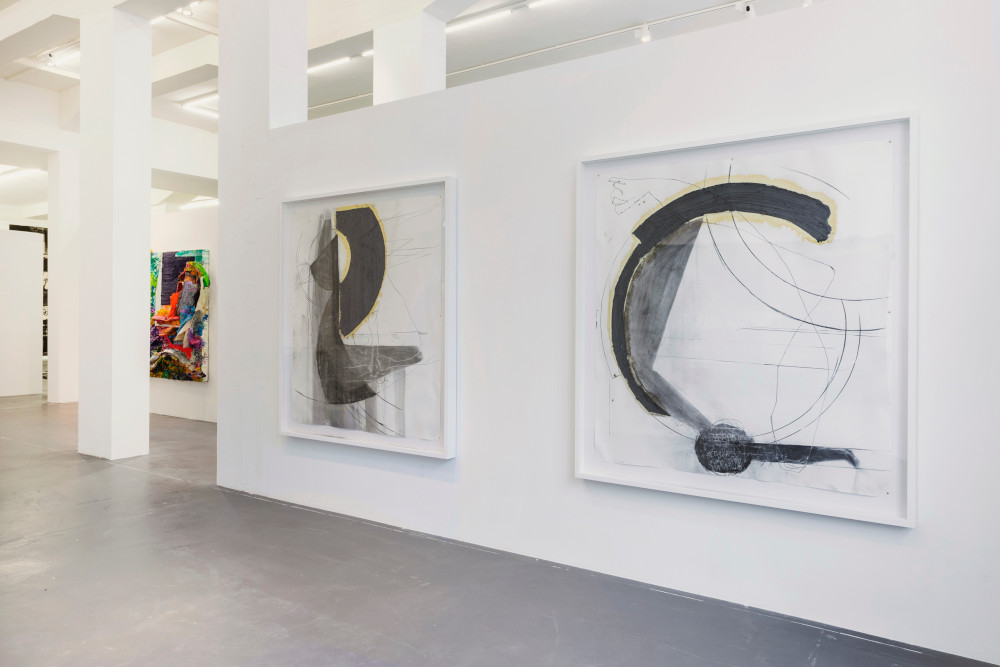 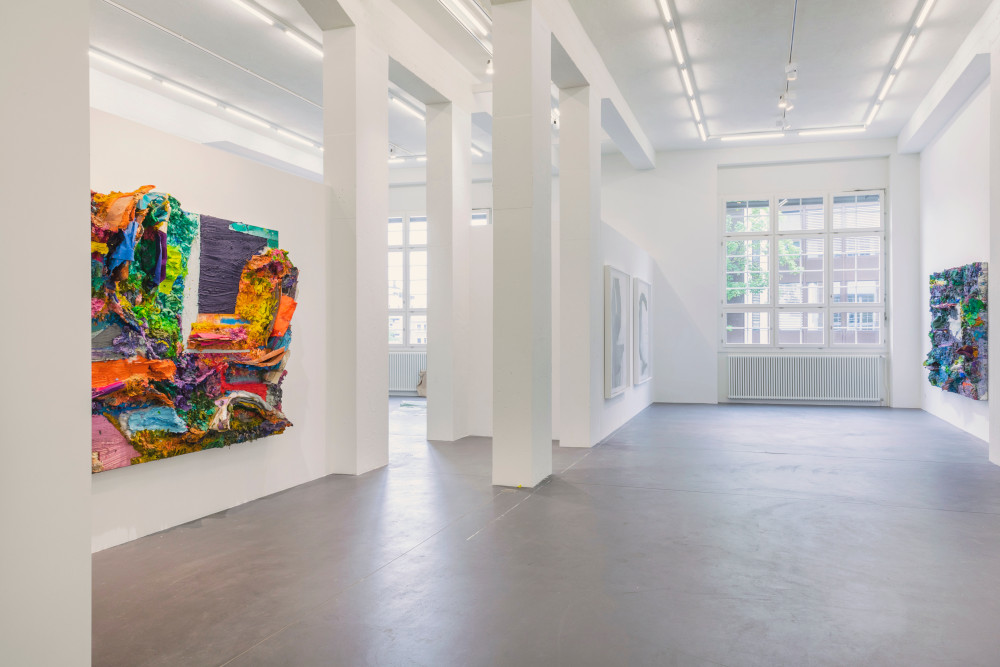 In the last three decades, his name has become a legend as he has been hailed by his peers and the new generation of conceptual artists in the north and south of Brazil. Ramos pushes the boundaries of materials’ inherent characteristics in multimedia experiences and then makes the most of their innate antagonism. It may sound complex – and it is – but in fact it makes for a well-rounded, self-enclosed aesthetic system that reflects on the angst – and beauty – of Brazilian society. After all these years, he still remains a purveyor of vanguard thinking as fresh as in the mid-1980s, when he joined five middleclass bad boys in the close-knit circle of the revolutionary Casa 7 studio in São Paulo.

The feverish fifty-nine-year-old São Paulo native, with an eight-syllable full name engraved in Latin American contemporary art is, incomprehensibly, rarely exhibited in the United States and Europe. Painting for this artist, blessed with considerable intellect, is an overwrought, ambiguous assemblage that pushes the boundaries of incestuous, reactive materials such as wax, tar and turpentine.

Far from the typical brush and easel, the two two-meter-plus-long wooden tableaux, weighing circa 250 kilograms each were produced in his personal version of an encaustic painting: a blend of paint oil, paraffin, Vaseline and powder. To all that, Ramos adds a combo of oil, cloth, plastic and metal splattered in bold colors swiftly heated to amalgamate the chaotic debris collected in junkyards. The chromatic vibrancy of the anarchic volumes conveys a mixture of fury, desperation and lust. In the six large gestural abstract drawings in charcoal, graphite, dry pastel and encaustic on paper, from the series dubbed “Antigone,” the artist expresses the Hellenistic cry of Sophocles’ feminist heroine in a Munch-inspired way.

Nuno Ramos participated at the São Paulo Biennial (2010, 1994, 1989 and 1985) and exhibited at the 1995 Venice Biennale. His oeuvre is present in major institutional collections in Brazil such as Museu de Arte Contemporânea, Museu de Arte Moderna and Fundação Marcos Amaro, all three located in São Paulo, and at Instituto Inhotim at Minas State, as well as at London’s Tate Modern and the Walker Art Center in Minneapolis. In 2006, he was granted The Barnett and Annalee Newman Foundation’s Award.

He has participated in three São Paulo Biennials, in 1985, 1989 and 2010. He also participated at the 46th Venice Biennale in 1995. In 2004, he took part in a dialogue with artist Frank Stella, curated by Vanda Klabin. In 2006, he was granted The Barnett and Annalee Newman Foundation Award. His work may be seen in large institutional collections such as The Tate Modern in London, The Walker Art Center in Minneapolis, Inhotim in Brumadinho, Museum of Contemporary Art, University of São Paulo, São Paulo Museum of Modern Art and Fundação Marcos Amaro. “Nuno has produced significant artwork in his 40-year career, which is the reason we will continue to project it internationally”, says Marcos Amaro.

Courtesy of the artist and Kogan Amaro, Zürich