Galleria Continua / Les Moulins presents the group exhibition Nota Bene, which, through the works of sixteen artists from all over the world, highlights how each, in his or her own way, explores the relationship between art and writing. 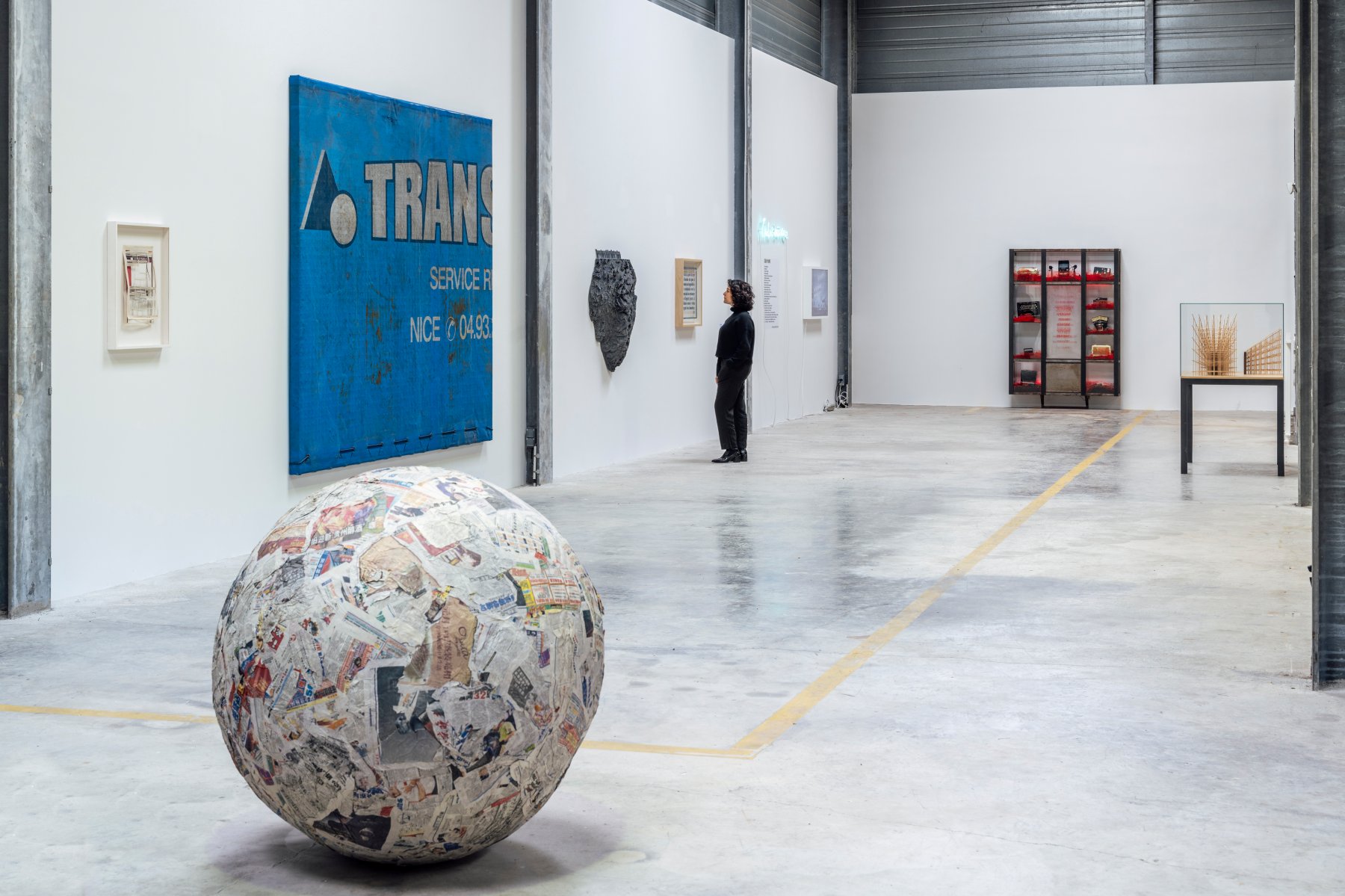 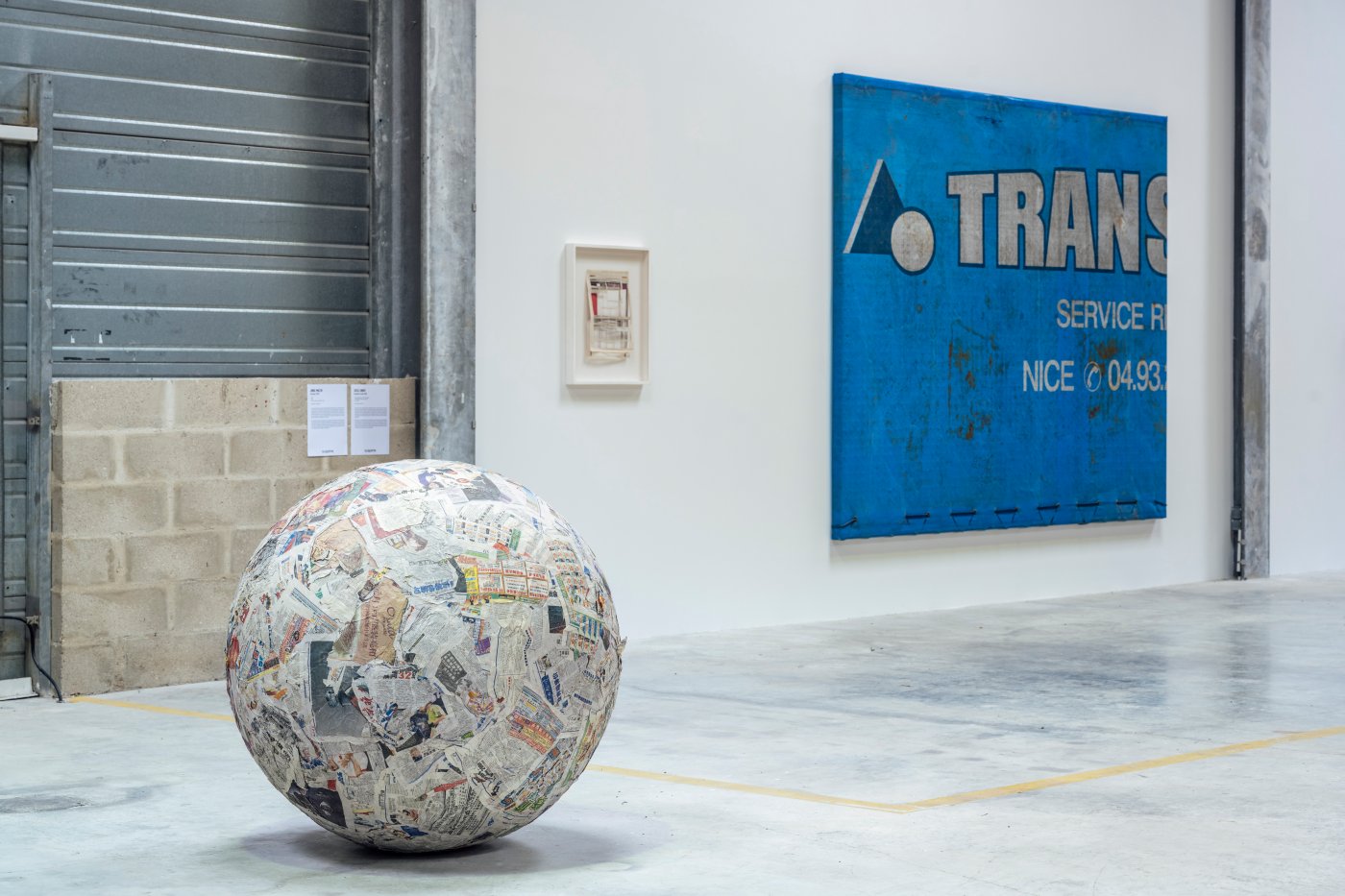 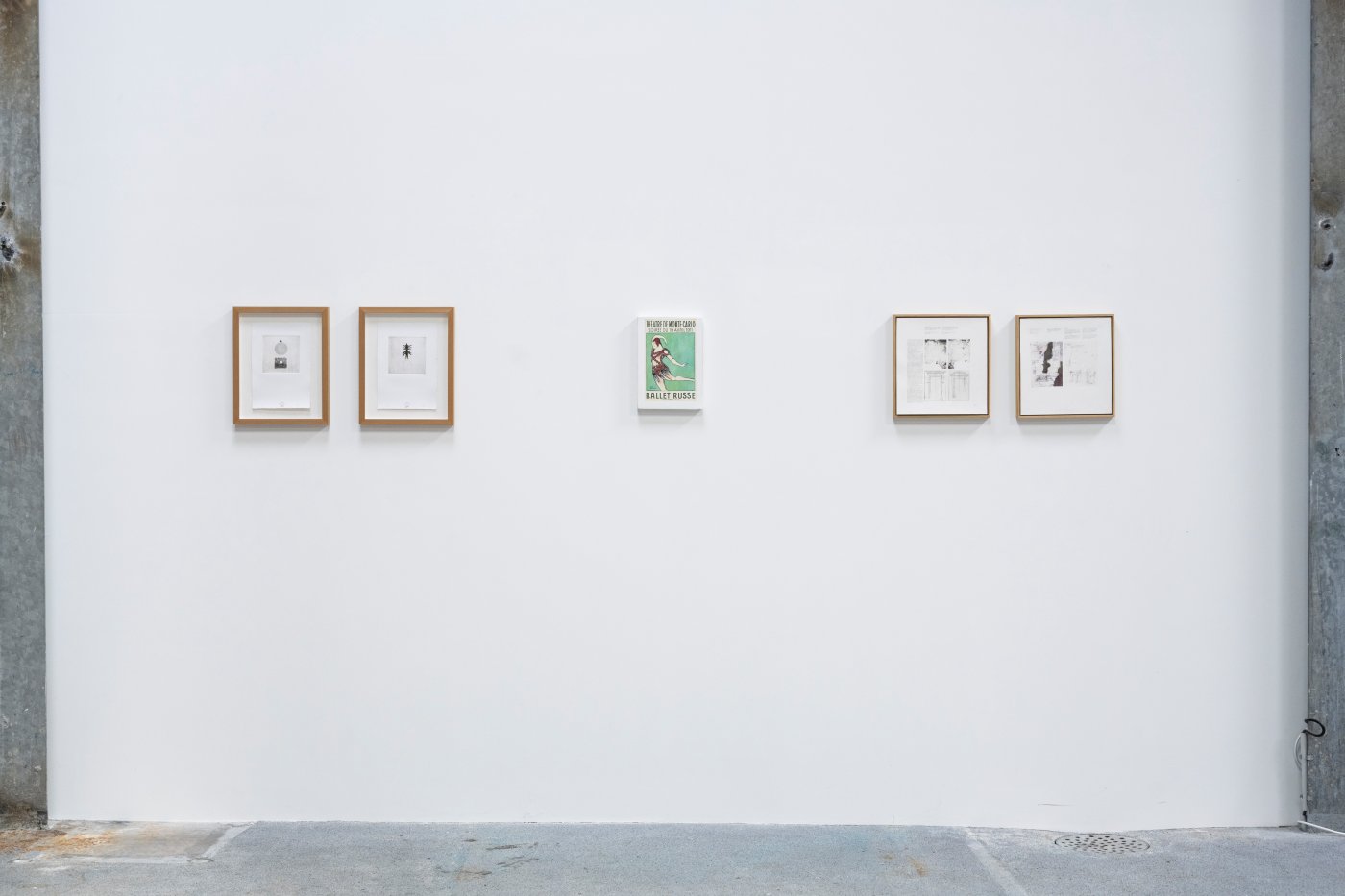 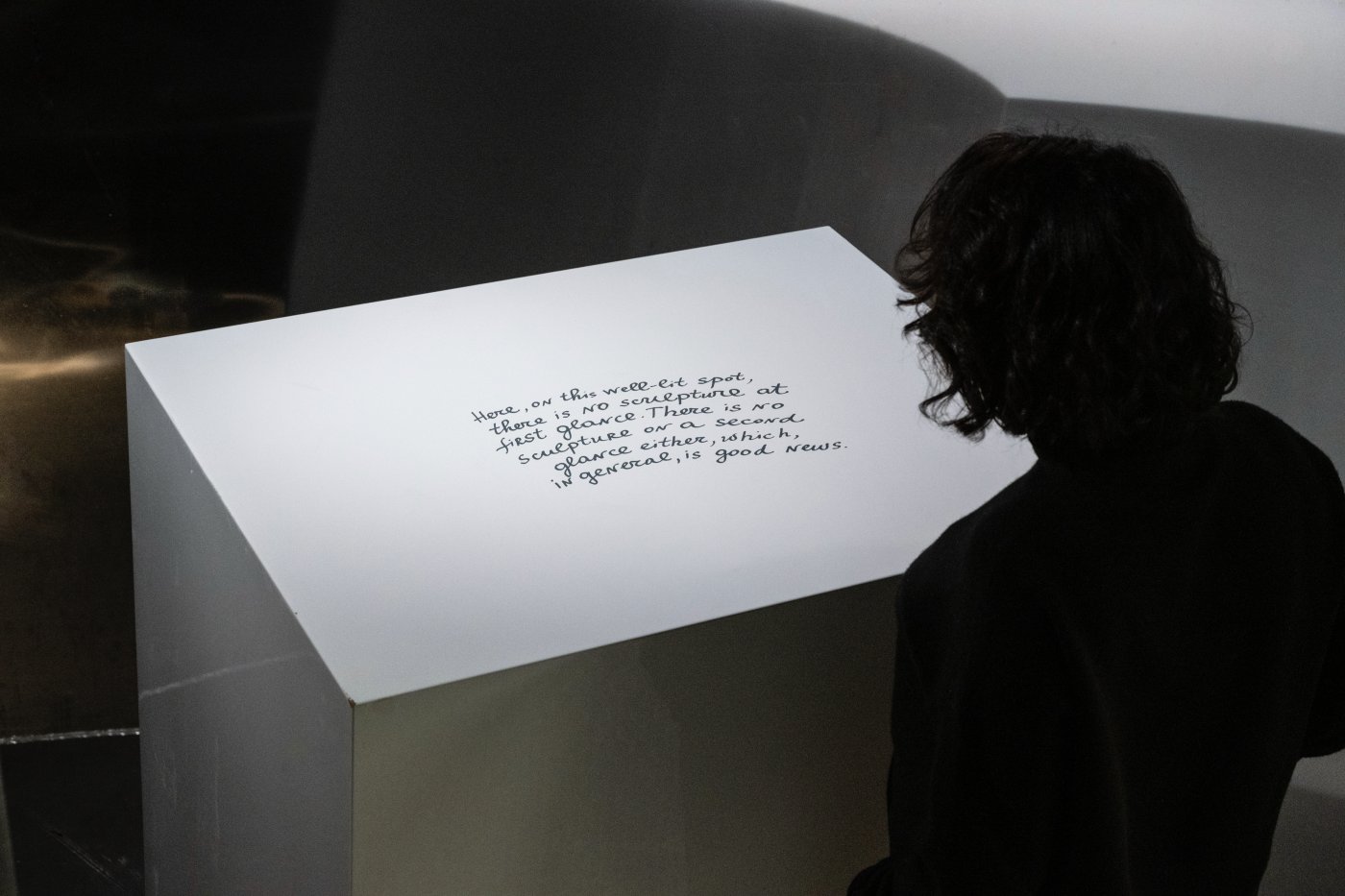 Nota bene, a Latin phrase meaning ‘notice well’, is used in prefaces, texts and footnotes to inform readers of certain informations. The possibility of deciphering the signs on walls, manuscripts or any other medium and thus understanding the significance of these notations, ensures the supposed transmission of writing and links it in an essential way to reading. This exhibition, however, takes the solitary reader out of the comfort of his room and his silence. In order to notare bene, the reader must explore the space, confront the works he or she discovers along the way, interact with the other visitors and discover the importance of writing in the visual art production of our artists.

If we think of the drawings and colours on rock walls, the pictograms that make up the first forms of writing or the gradual invention of an alphabet, we reveal the intrinsic connections between images and words. These signs become vestiges of our memory, of our history and allow us to crystallize events and exchanges, enabling us to weave links, communicate with the world or spread notions. The image and writing are often involved in the same cause, and by moving away from past quarrels seeking to prove the superiority of one domain over the other, it is preferable to highlight how much contemporary artists enjoy composing with their creative power, paying homage to literature, transforming the book into an art object while questioning the writing of reality.

This is how Nedko Solakov welcomes us with The Missing One, where the absent is none other than the material work generally placed on a pedestal: with these few sentences marked on a well-lit base, the artist questions our perception and plays with our way of apprehending art with his characteristic humour. But if Nedko Solakov creates art by writing, Pascale Marthine Tayou writes
to create. Cuba mi amor, is a cry from the artist’s heart who salutes a country that has marked him. While the public is familiar with his large-scale installations, his crystal sculptures or his chalk frescoes, few know that he often writes poems or prose texts that accompany and introduce most of his works and projects. The strength of writing is also claimed by Carlos Garaicoa, who in De la serie La palabra transformada (Caja de luz VI) confronts the limits of utopia: a light box questions the Cuban public space, generally used by politics to extend its doctrine. Here, the artist decides to occupy this territory with slogans that allow individuals to reappropriate the environment around them. Shilpa Gupta, on the other hand, chooses to illuminate a universally shared truth, Today will end, thus becoming a means of abandoning the fears and doubts of the day by questioning temporality and underlining its ephemeral side.

The homage to literature takes shape in the works of Sabrina Mezzaqui and Loris Cecchini, who have fun selecting quotations or books that inspire them in order to reveal the power of words in a delicate and meticulous way. In Dones V (J.L.B.) and Haiku 8 (J.L.B.), for example, Sabrina Mezzaqui chooses quotations from Jorge Luis Borges, which she embroiders, sews and decorates with slow, meticulous work, placing them preciously in frames or glass cases. Loris Cecchini, on the other hand, chooses a quotation from Aristotle in Sentimental seismographies (A soul never thinks without a picture – Aristotele) to illustrate a sentimental geomorphology through felt stratigraphies. In Les textes de la lumière / La Lumière des textes, with this double title that is common in his work and allows a double reading, Chen Zhen presents a glass cabinet housing a collection of objects, essentially related to communication or broadcasting, under the lights of a red neon. Resting on red powdered earth, the objects look like half-sunken relics that the artist is trying to save from oblivion. In the centre, three extracts from poems are superimposed: Brasier by Guillaume Apollinaire, Les Matinaux by René Char and Chants de la Balandrane. Struck with red, the verses mark the omnipresence of this colour even in their evocations; death, blood, the stars, the dawn. They seem to sum up the artist’s concerns in a lyrical way. The obsolescence of human life is then associated with the obsolescence of objects and their dereliction. Communication, as for it, outdated and antiquated, tries to approach the immortal words of the poets. The quotation is seen in a more complete way by Juan Auraujo, who has fun not reproducing bits of a speech, but rather appropriating a historical artistic reference in its entirety. Whether in his series Michelangelo’s Dawing or Ballet Russe, the artist creates oil paintings by reproducing works found in books, catalogues or on the web. José Antonio Suárez Londoño draws his inspiration from the works of César Vallejo (1892-1938), a Peruvian writer and poet who lived for a long time in exile. The poems, rich in neologisms, lively rhythm, linguistic and social veracity, are translated into the artist’s etchings. Qiu Zhijie’s homage to literature, on the other hand, is done by choosing a specific theme for his imaginary cartographies. In Map of Mythology, the artist revives the art of calligraphy by drawing on texts that have contributed to the creation of myths: The Song of Roland, for example, joins Ivan Tsarevich or the Iliad in bilingual toponymies exploring all aspects of the given subject.

And if we have so far been interested in the content of the books, it should also be pointed out that the latter has also inspired artists through its container. In the hands of Ornaghi & Prestinari, Pieno, an alabaster spoon is delicately placed on a book dedicated to Ikebana, the Japanese art of arranging flowers according to geometric and Zen principles. Serving as a base, the book is presented for its uncluttered appearance and allows the spoon to take on the elegance of a delicately placed flower according to the principles it alludes to.

Etel Adnan instead celebrates the freedom of graphic signs, seemingly inventing a new script with Signs. This leporello is a small accordion book of Japanese origin that allows one to escape the constraining form of the book and to unfold the subject horizontally.

But the book is also used by Jorge Macchi in Vanitas 02, in which the artist composes a still life using classic elements of the genre. The candle, almost completely burnt out, is surrounded by natural history books, a reference to knowledge and its edifying power.

However, writing is not only for writers and poets, and is soon caught up in life, its difficulties and paradoxes. In Vide et Eau, Kader Attia traces with his fingers these few words on a window covered with mist. The dripping words cry out the fragility of each and every one of us. These inanimate tears attempt to link the paradoxes and problems of the outside world to the fragility of the being and its intimacy.

Sislej Xhafa with Concetto in Exile, and Shilpa Gupta with Untitled, underline how words sometimes travel more easily than people. Sislej Xhafa presents a truck tarpaulin, a mean of transport for men and women who, hiding from views, seek elsewhere a kinder place where to live. Shilpa Gupta exhibits a table full of sealed envelopes containing fragments of shredded documents relating to penalties and fines for illegal trafficking along the Bangladesh-India border. The two artists address the issue of borders and the perilous attempts to cross them. The real, or rather its different facets, are also explored by Michelangelo Pistoletto with Do it – Walking Sculpture. This newspapers sphere rolling through the streets is both a means of meeting and sharing, but also a deeper questioning of the quantity, circulation and duration of the information that surrounds us. This medium is also present in the works of Jorge Macchi, who with Historias or Then probes, with the help of cuttings from daily newspapers, the value of the information disseminated as well as its ephemeral quality.

Nota bene thus explores the protean work of artists who have taken an interest in writing in all its forms and attempts to grant a moment of shared ‘reading’ for all those who are willing to take their time.